It had been sunshine all day on Saturday and by late afternoon it was cloudy but dry with the sun occasionally filtering through. The St Merryn Carnival was at 19.00 and it was a good turnout of 9 Pipers, 6 Drummers and Drum Major. By 17.30 hours the Band had assembled in the Carnival Field which was already filling up with participants. The numerous fancy dressers were being judged as the Kernow Band struck up with their tune-up and practice.

Dress code was Day Dress and the Band’s position in the procession was the 13th entry. The Silver Band from Hayle led the Carnival Parade followed by the St Merryn Giant Steam Engine and hundreds of fancy dressers, humorous and serious themed lorries and decorated floats and vintage tractors and vehicles, not forgetting the many Fairy Queens and Attendants from villages far and wide. The long road to the Crossroads was packed with local families and visitors intent on enjoying the Carnival atmosphere and being generous in their loud appreciation of the Kernow Band as it passed.

The Crossroads were packed and the Procession turned right then right again into the large field whereupon the Parade turned about and retraced the route back to the starting point. Tunes played during the evening included the following – Green Hills/Battles O’er, Scotland the Brave/Rowan Tree/Wings/Bonny Galloway, Scotland the Brave/Mairi’s Wedding, Cockney Jocks/Rainbow Country/Bluebells of Scotland, High Road to Gairloch, Murdo’s Wedding, The Bonnie Lass of Fyvie. 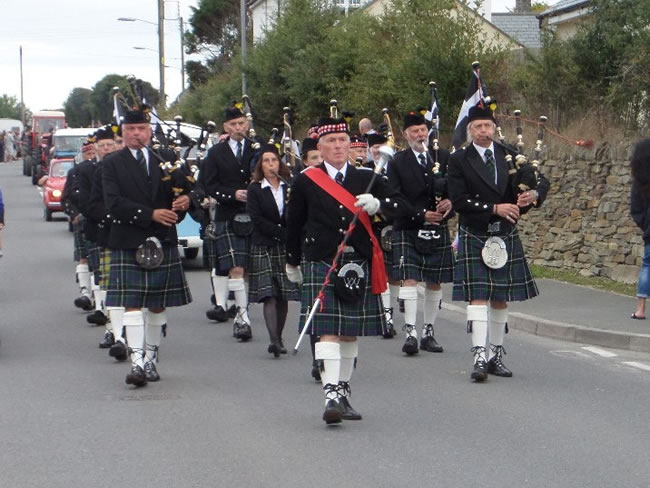 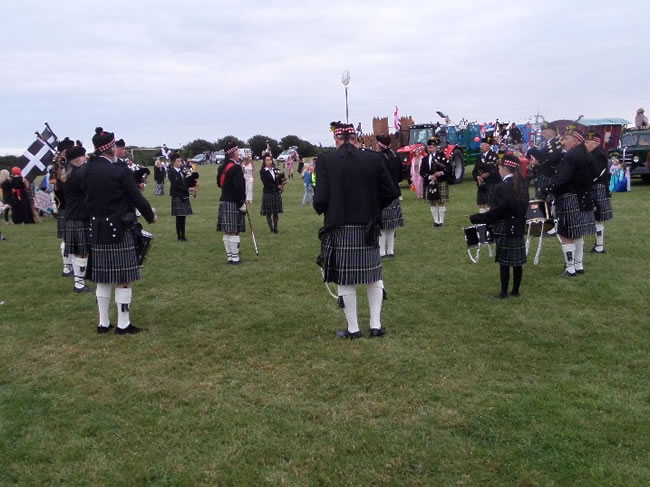 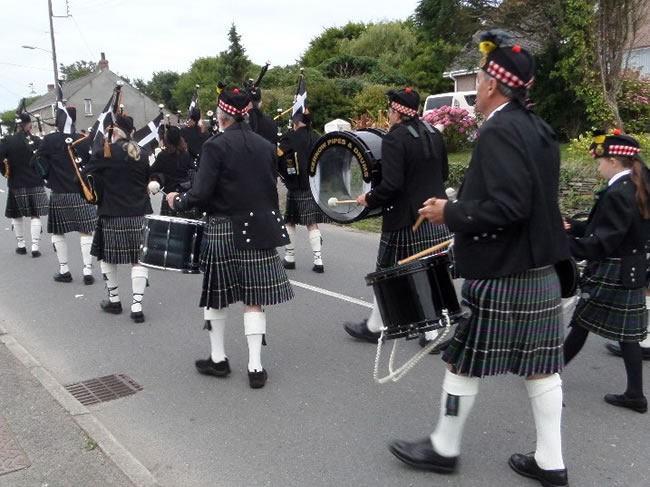 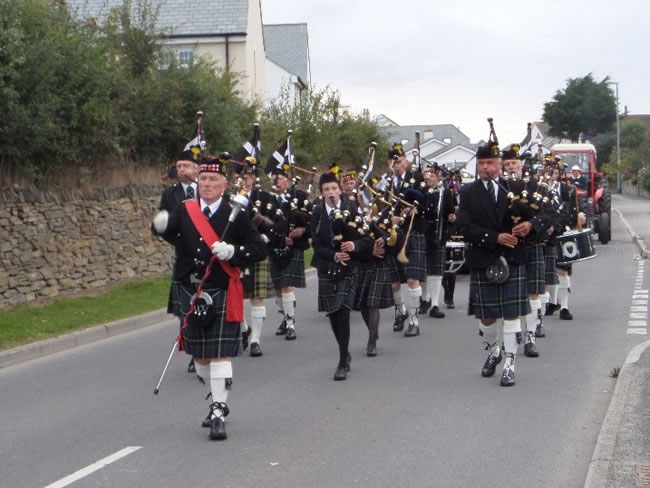 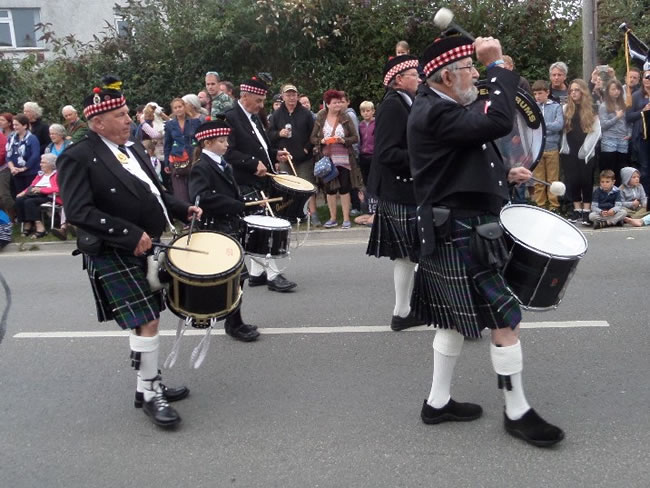 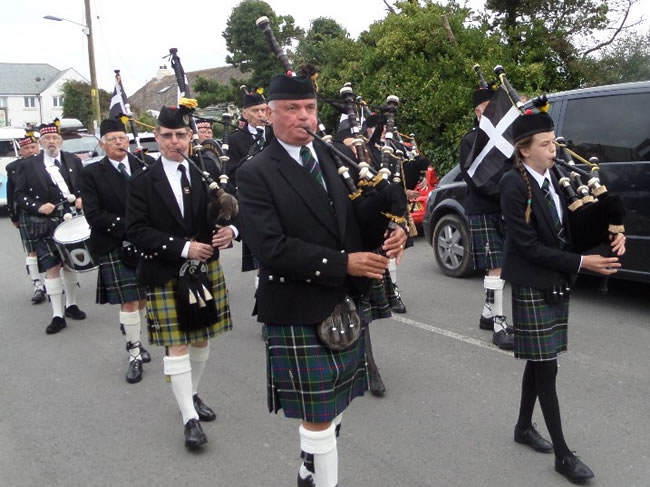 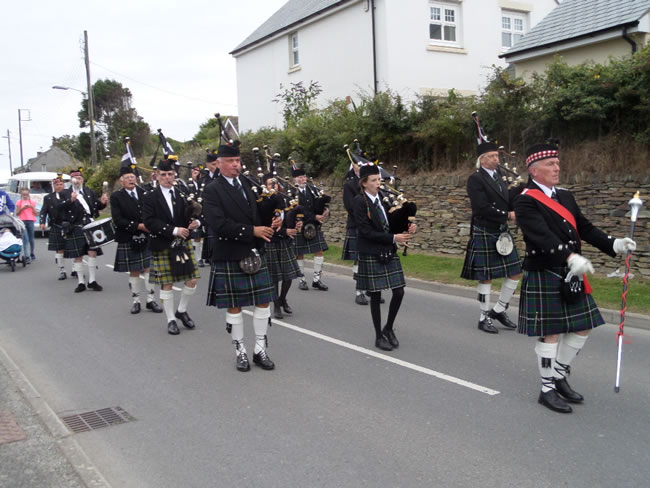 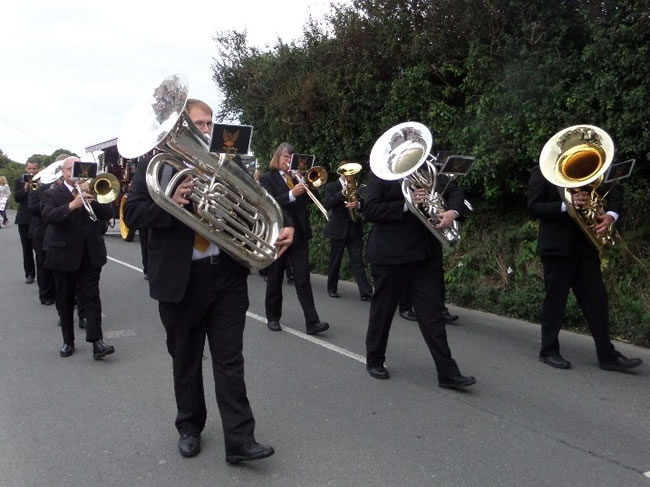 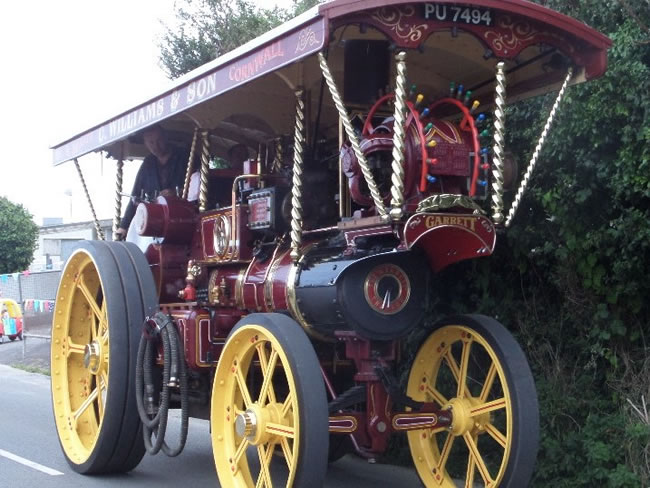 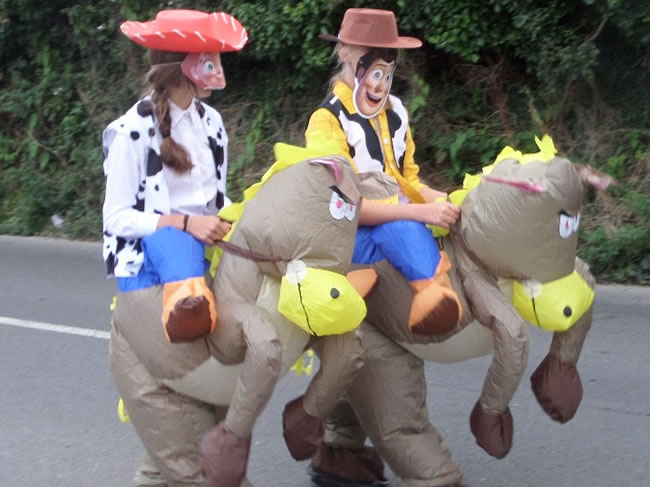 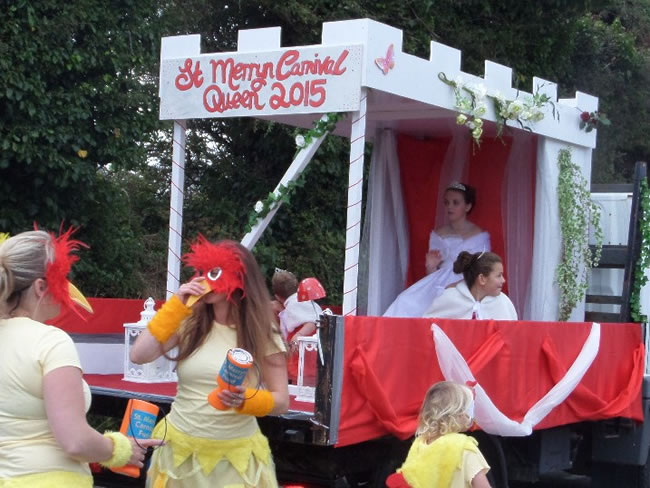 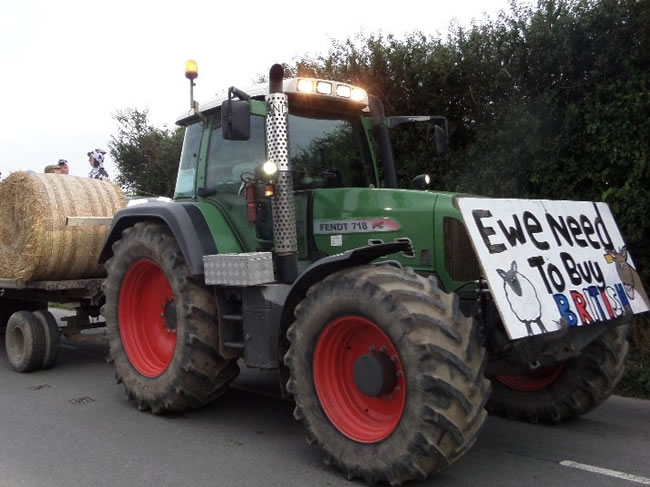 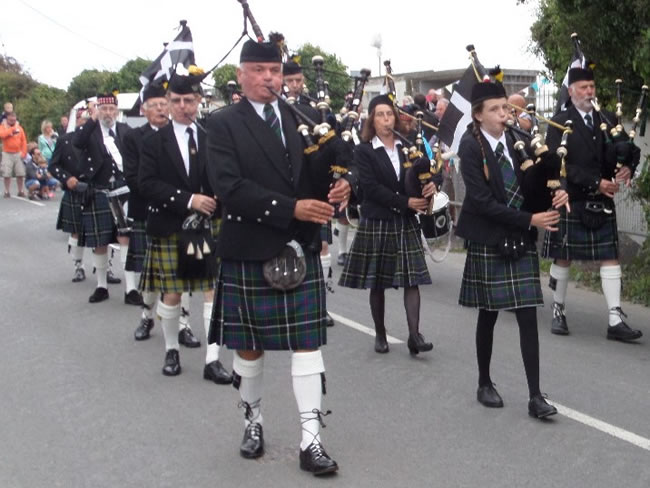 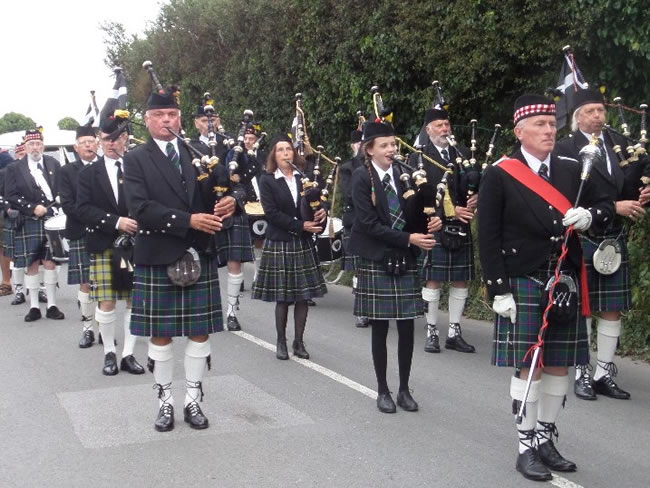 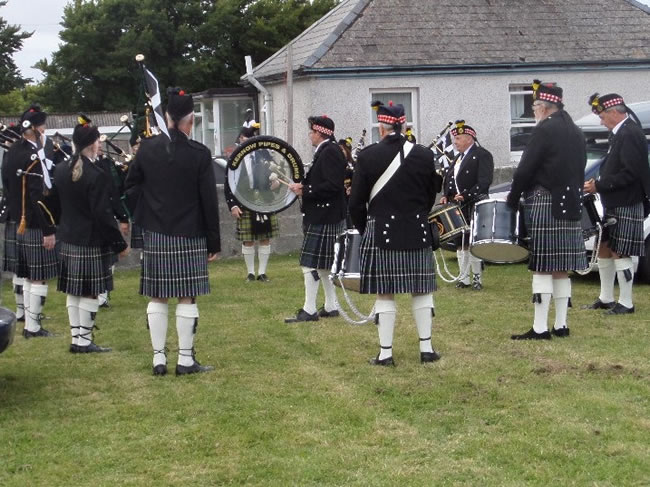 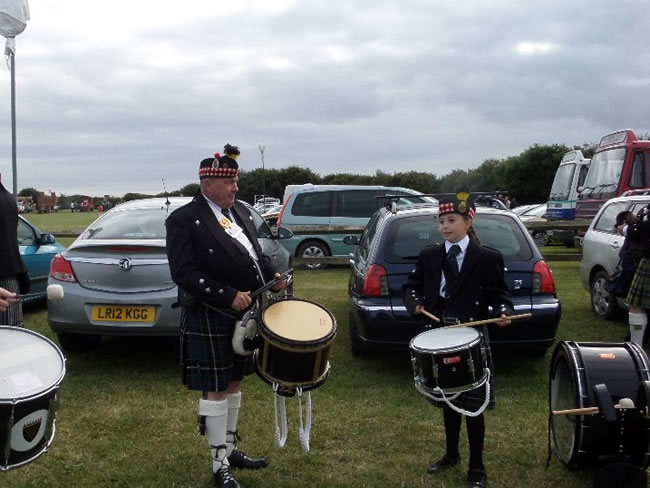