The Kernow Pipes and Drums Band were happy to lend their support to the 3rd St Ives Scout Group on their hosting of this year’s District Scouts St George’s Day Parade when the request was made by the two Scout Leaders. It was to be a prestigious event for the 3rd St Ives Group as various dignitaries were invited as well as Leaders and Standards and Scouts, Cubs and Beavers from the whole district.

It was a good turnout of eight pipers, seven drummers and Drum Major. The dress code was day dress, hairy sporrans, spats and jackets/fleeces as it was deemed too cold for shirt sleeves only. The members had a lift down to the Guildhall and at 14.30 hours the Band  led the Parade to the St Ives Parish Church where the Band then stood aside and the rest of the procession passed the Standard Bearers and entered the church for the service where hymns were sung, prayers were said and awards were received. There was also a short talk and sketch. The members were dismissed and had a ¾ hour break before escorting the Parade back to the Guildhall. The Mayoress spoke to the Parade and at 16.00 hours the Pipe Major played the National Anthem and the members joyfully joined in with the singing!

After the Band was dismissed there was transport back up to the Scouts’ hut where there was a wonderful BBQ for everyone!

Tunes played included – Green Hills/Battles O’er, Cockney Jocks/Rainbow Country/Bluebells from Scotland and God Save the Queen. It had been an interesting afternoon, a great debut for the two young drummers, and there had been many appreciative visitors around. 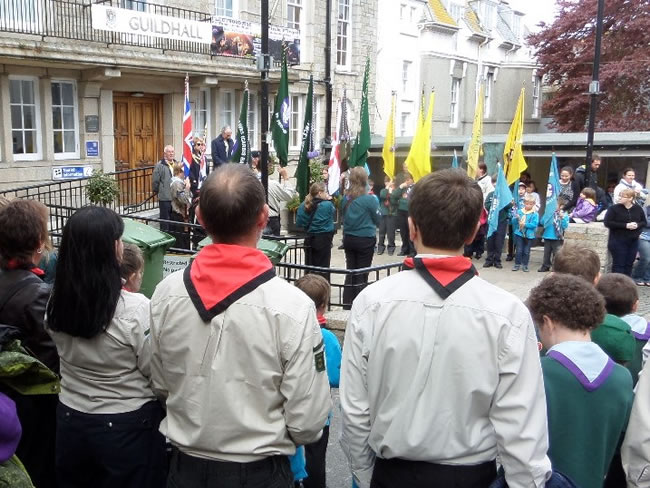 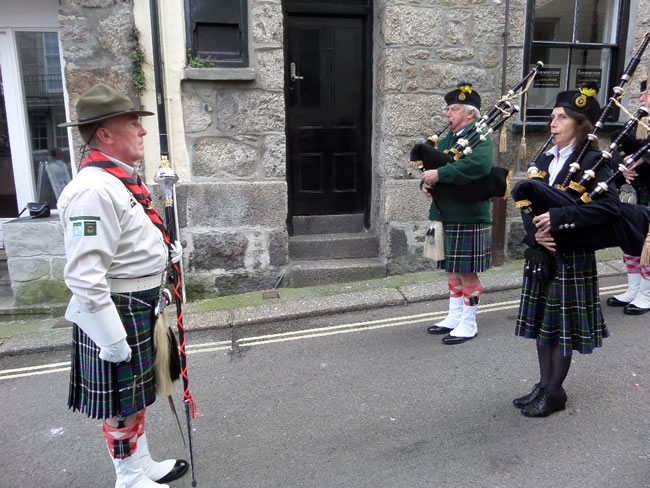 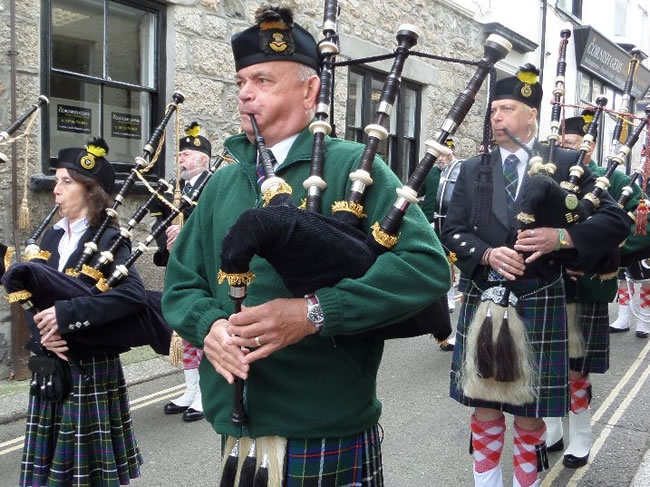 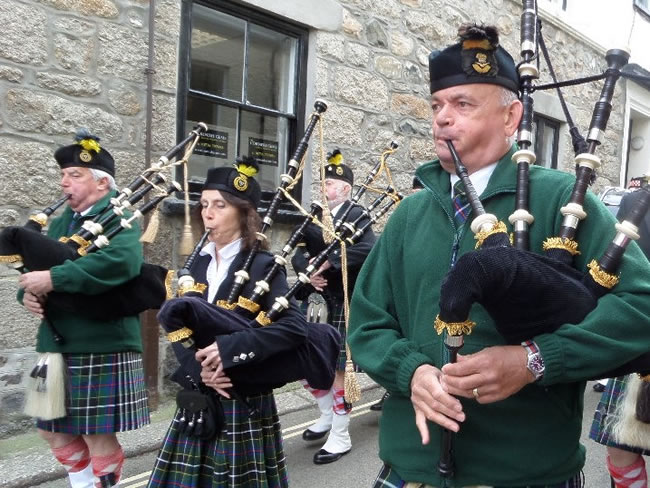 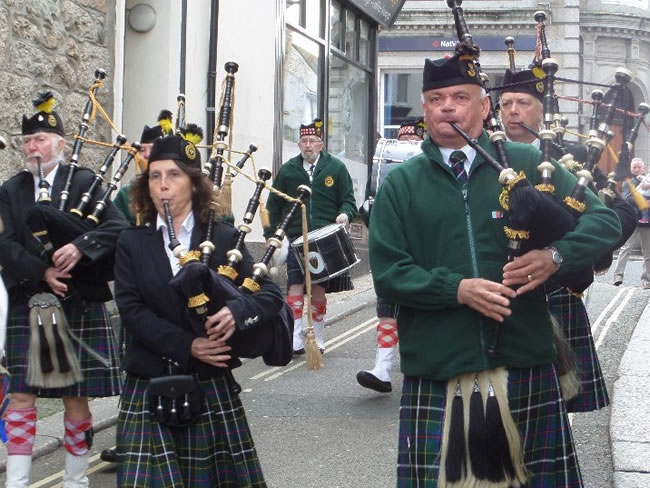 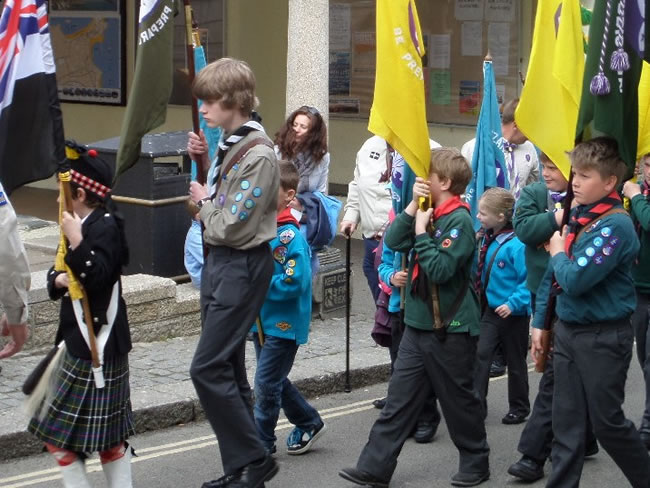 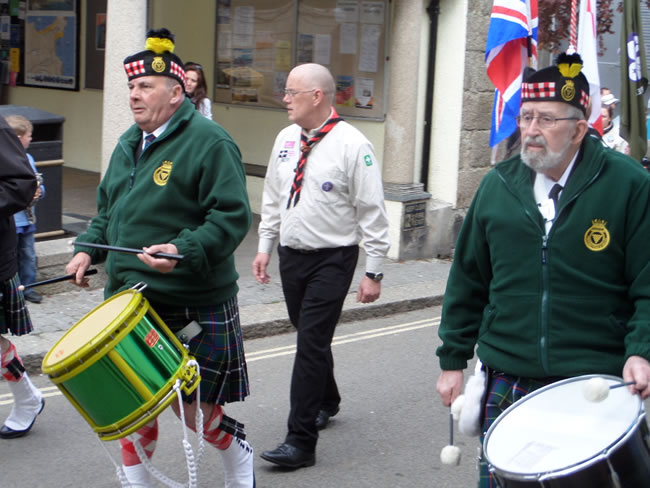 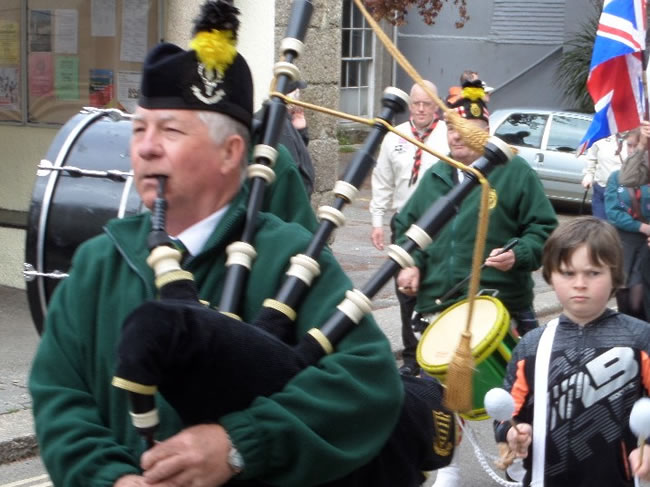 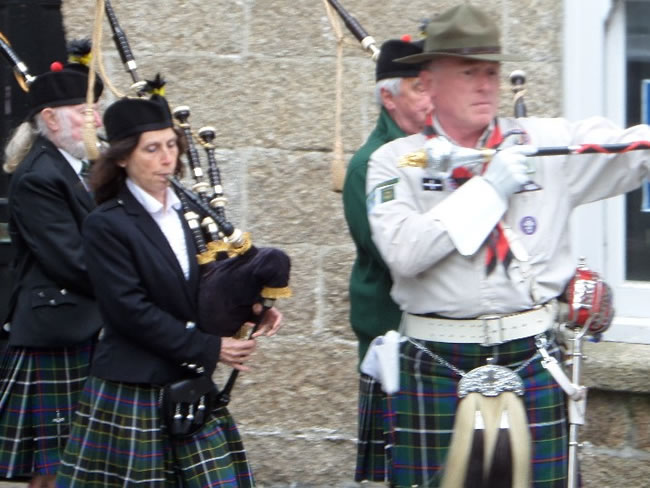 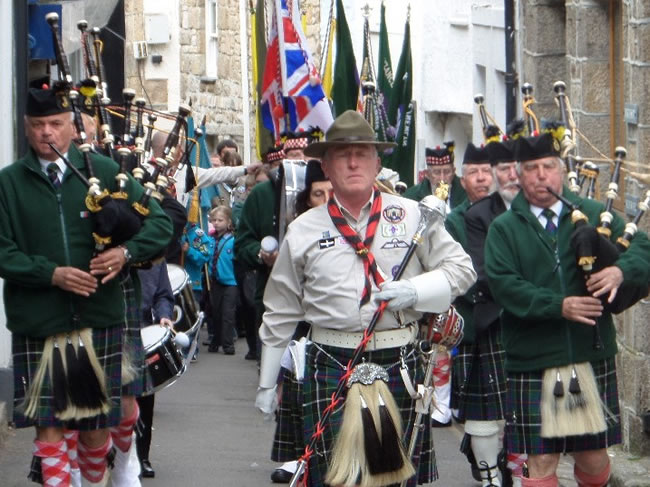 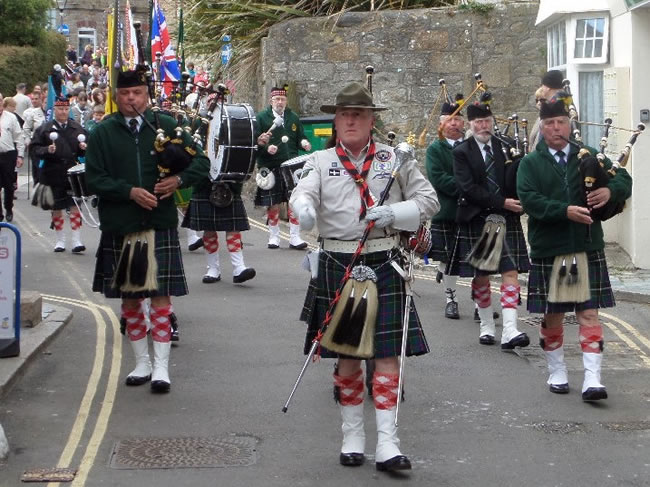 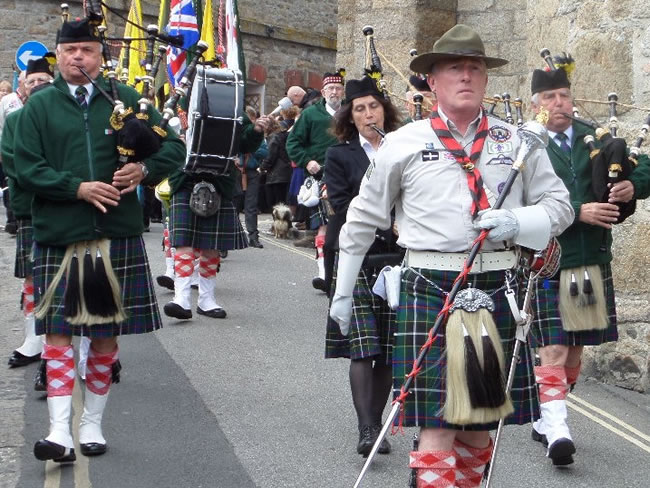 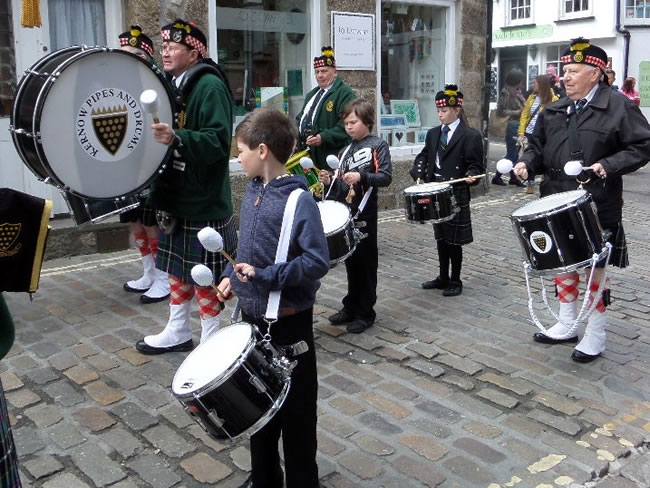 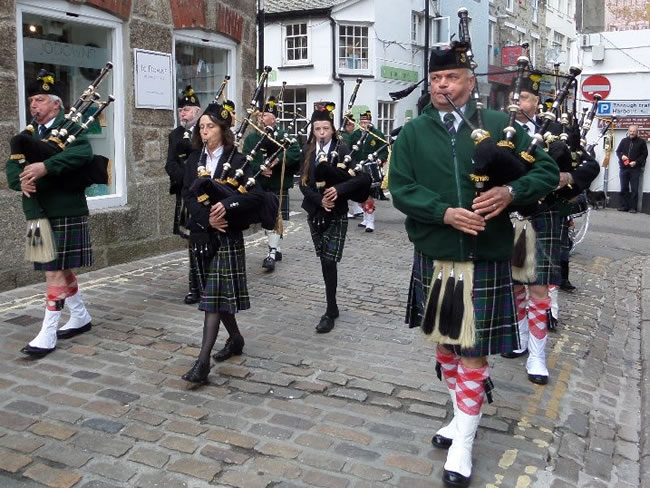 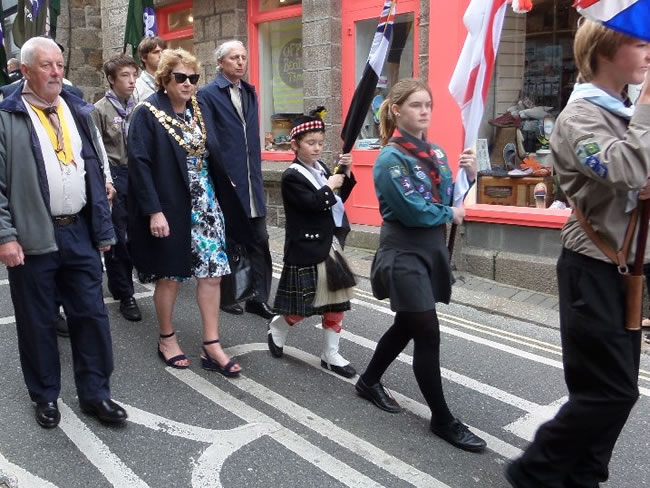 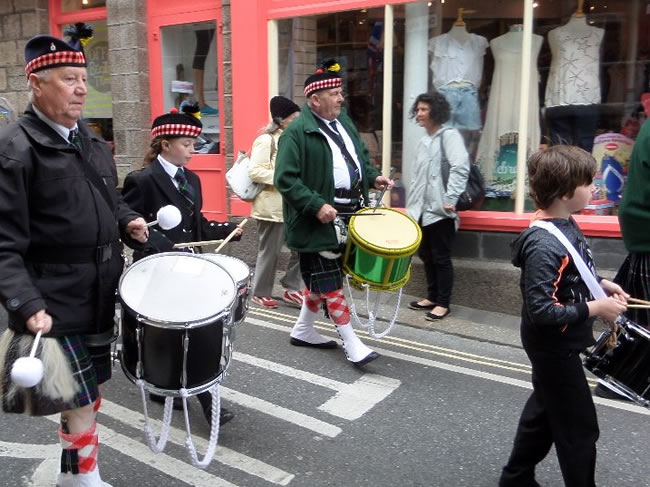 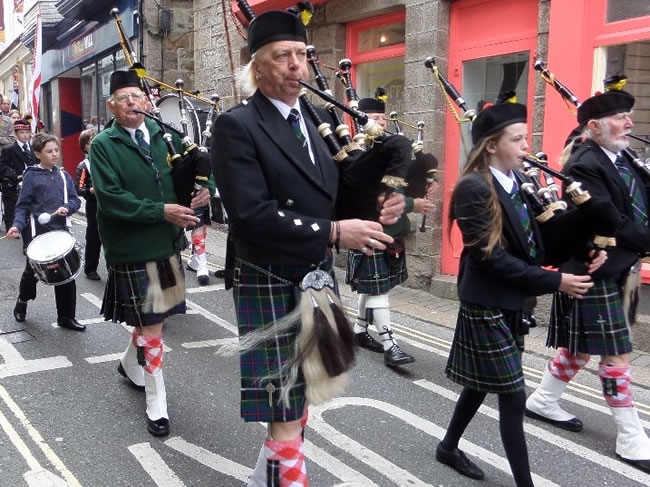 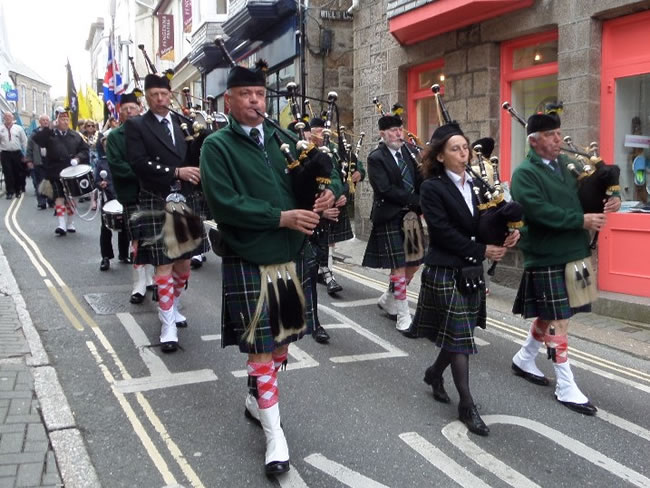 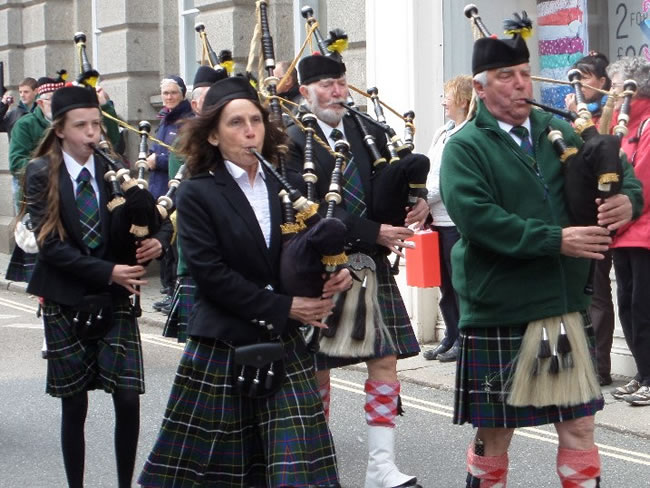 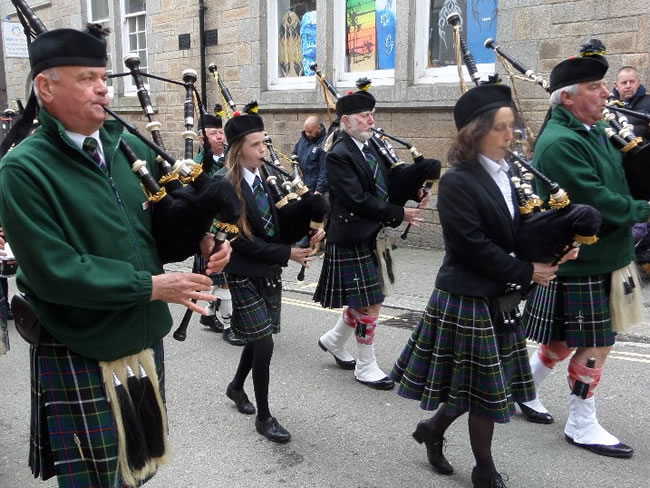 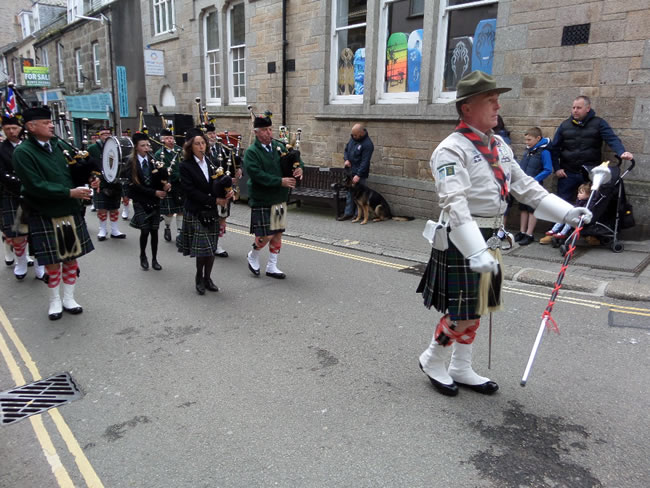 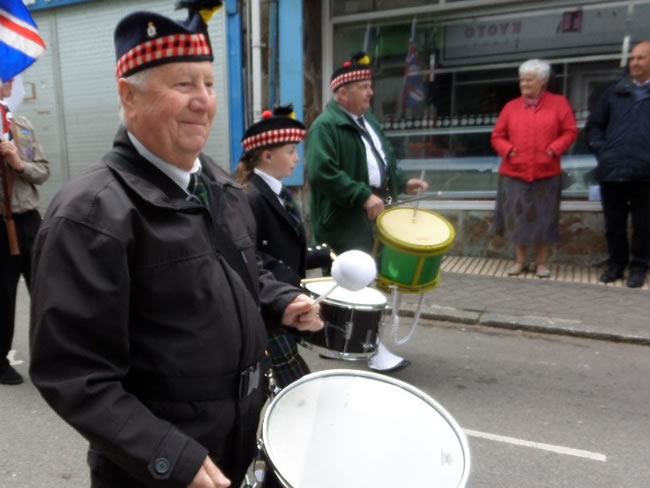 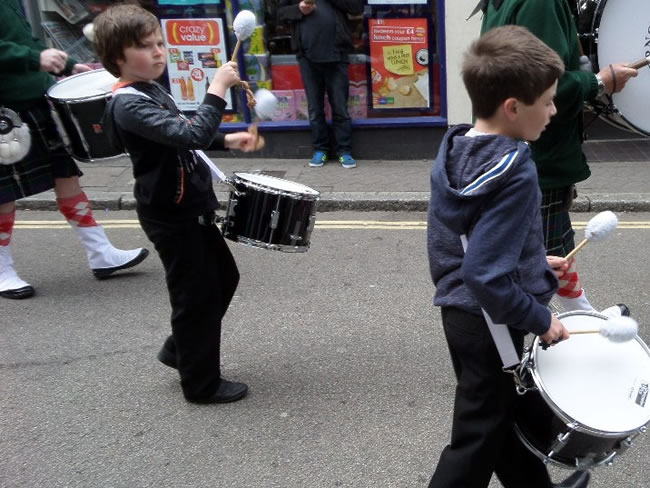 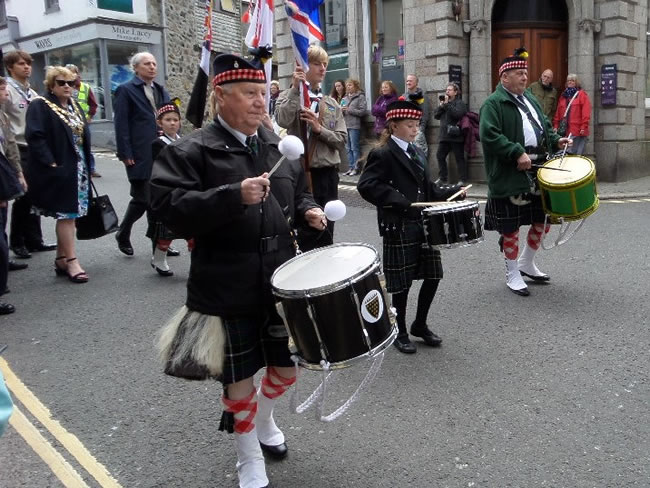 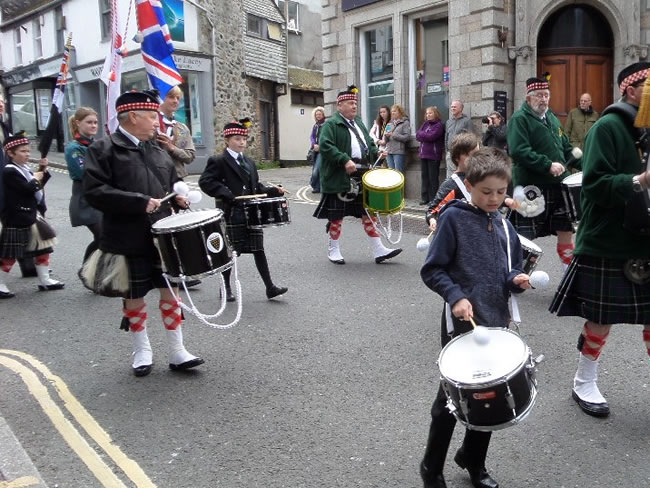 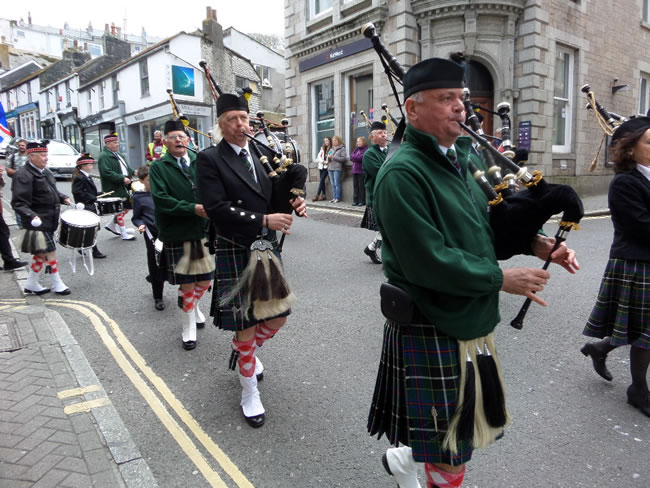 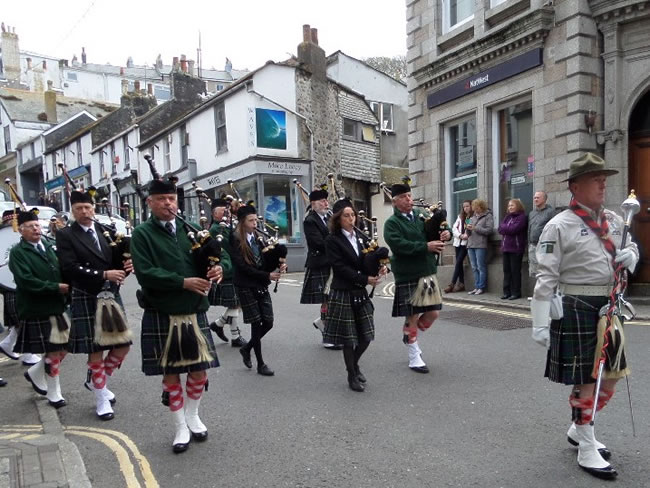 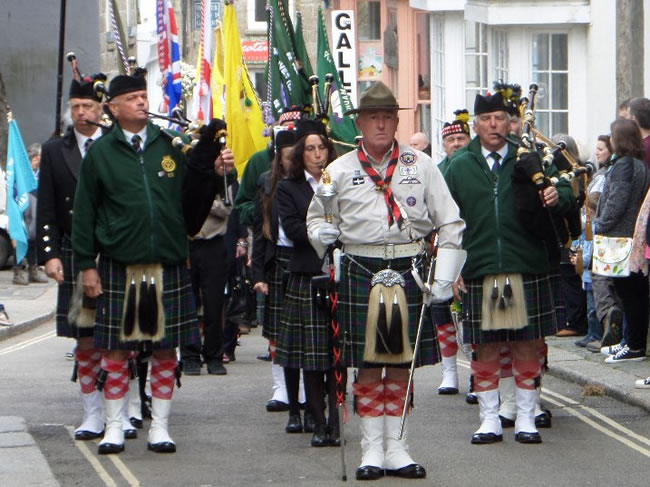 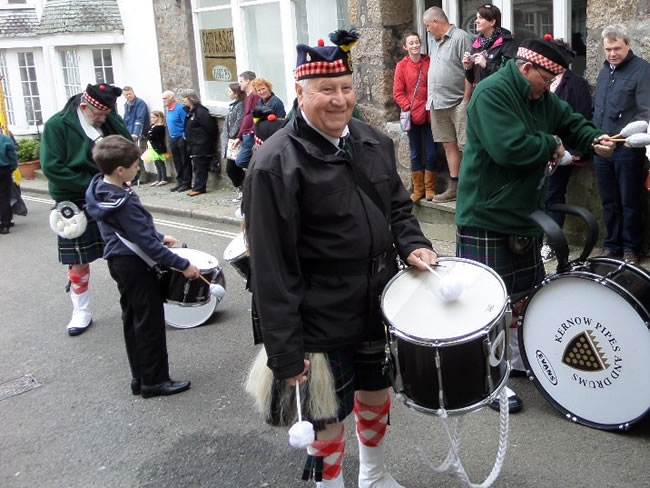