Sunday was a blustery day in Falmouth, with occasional drizzle for the Remembrance Parade. The Kernow Band met in the Quarry car park at 0930 hours, as in previous years and it was a very good turnout of 11 Pipers and 5 Drummers, and Drum Major. Dress code was bonnets, medals, ribbons and capes/Glengarries as necessary. After a tune-up and practice march the Band headed down to Wetherspoons for a quick refreshment before the 10.30 start of the Parade on the Moor.

The Kernow Band led the procession of Standard Bearers, Mayoral Party and Dignitaries, Representatives of Services and Youth Organisations and Service Cadets up the road to the Kimberley Memorial Park.

After the Mayor, Mace Bearers and Dignitaries arrived at the Cenotaph, the Parade was brought to attention and the Chaplain said a prayer and the Exhortation was said, followed by the Bugler playing the Last Post. 11.00 hours and two minutes’ silence was observed by everyone surrounding the Memorial. The Bugler played the Reveille and the Kohima Epitaph was said.

It was now cold and very windy as the first wreath was laid by the Mayor of Falmouth, followed by the Lord Lieutenant of Cornwall and more than 30 wreaths from various Services, Organisations and Members of the Public. There was a hymn and a Reading from the New Testament and a poem “Lest we forget” was read. One subject on which the Chaplain talked about was “why we are here at Memorials today” and of “a generation growing up knowing only peace perhaps thinking that those who looked back to a war were out of step”. He mentioned that schools these days were tackling projects on past wars. There followed the Lord’s Prayer and the Bugler played God Save the Queen. After the Blessing the Mayor and Dignitaries’ left the Park for the road back to the Moor.

The Parade Marshall thanked the Band just before it led the Parade out of the Park followed by the public. On arrival at the Town Hall the Mayor did his usual short tour of chatting to the assembled services and organisations. The Parade was then dismissed and the Pipe Major spent some moments talking to the Band before they made their way to their cars and journeyed on to Truro in the drizzly afternoon for that City’s Armistice Parade. 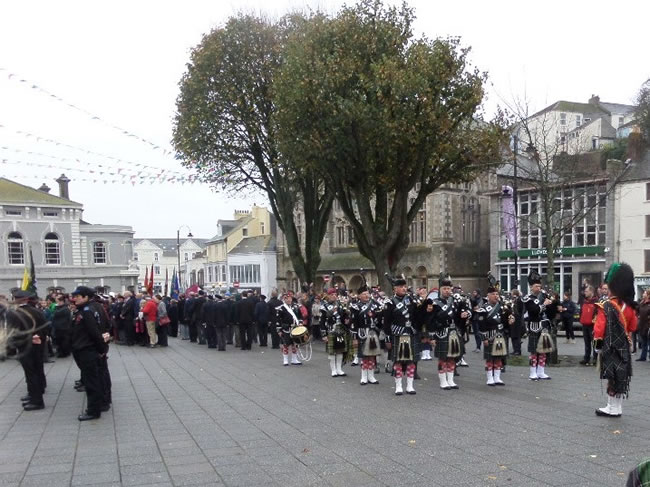 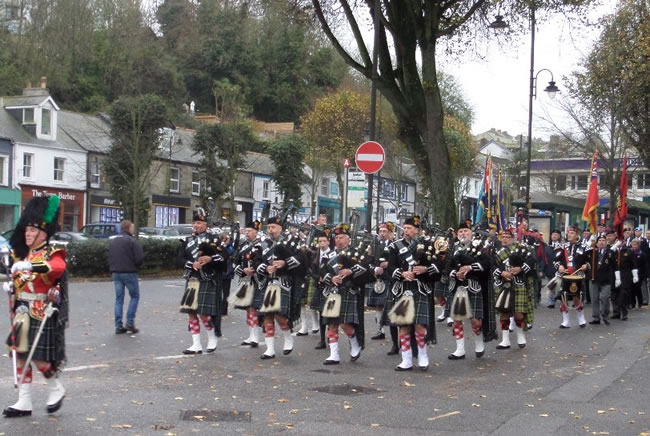 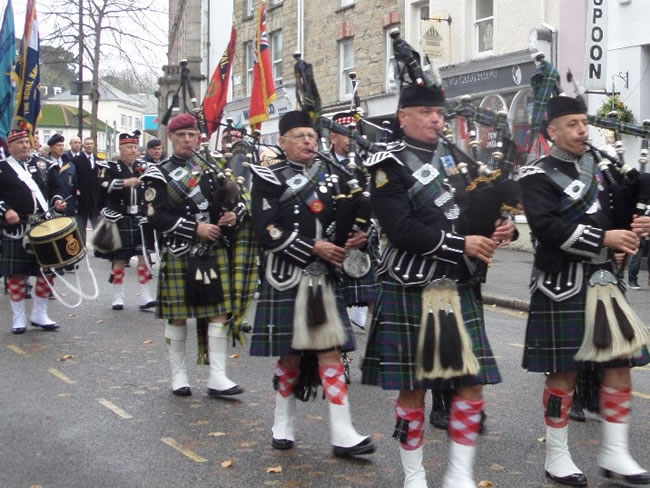 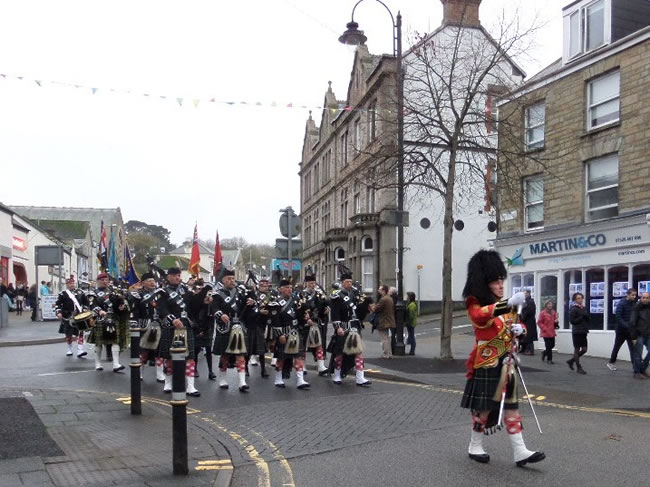 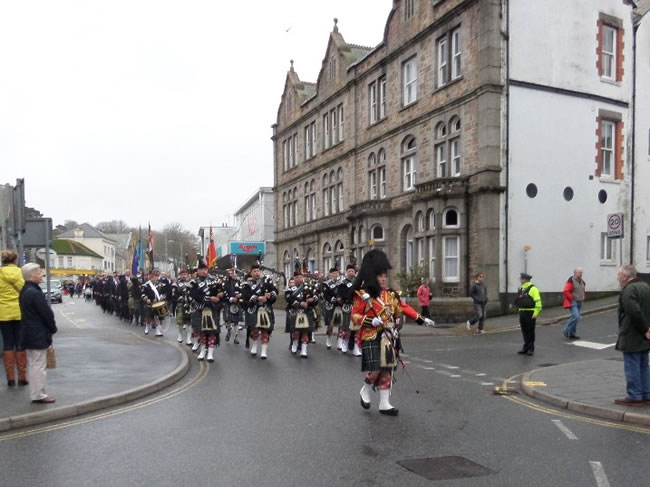 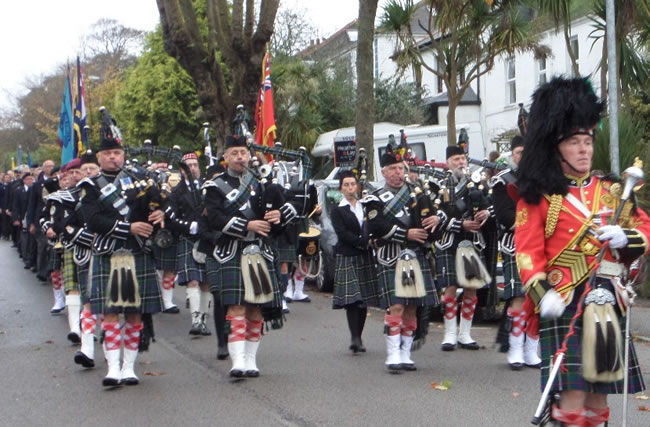 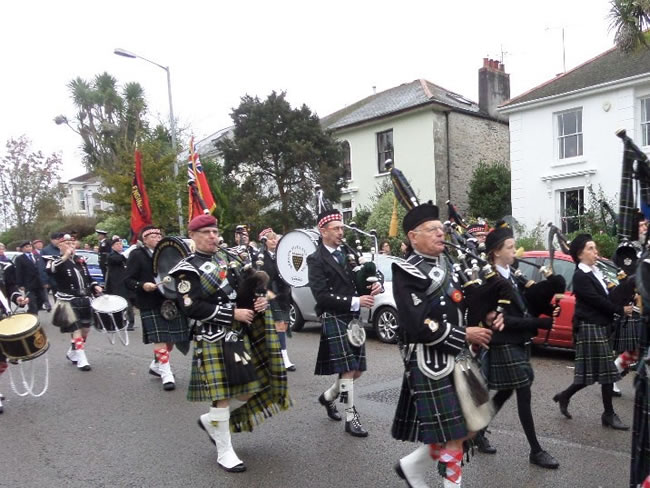 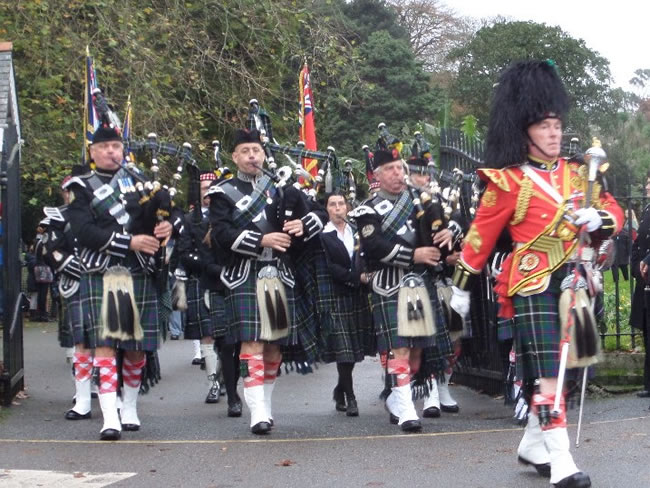 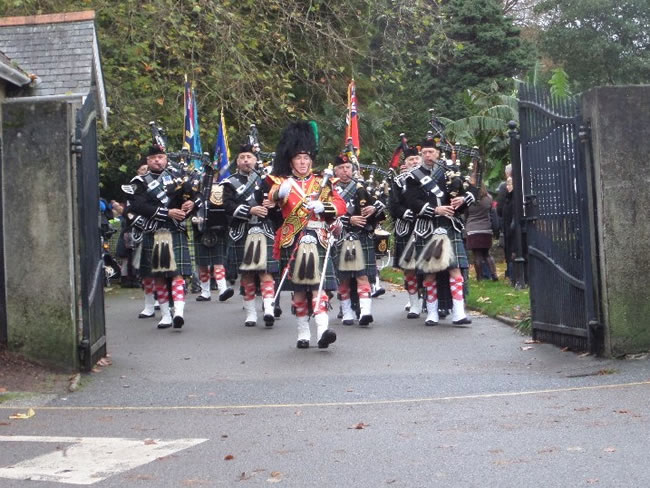 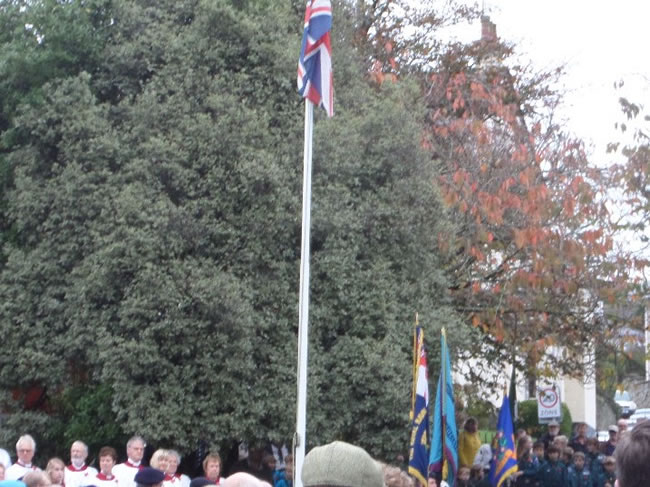 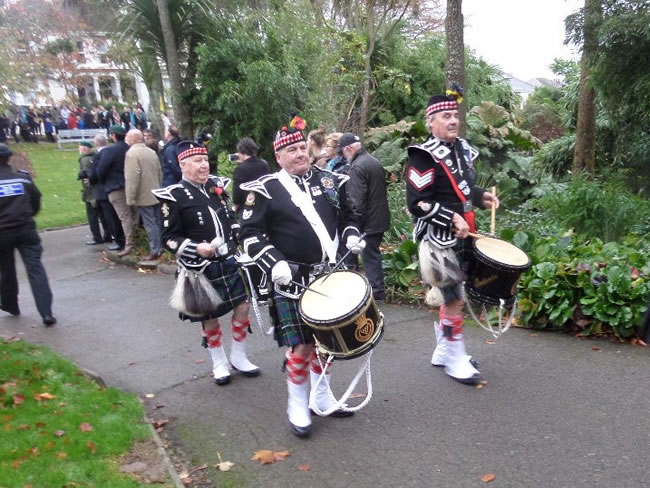 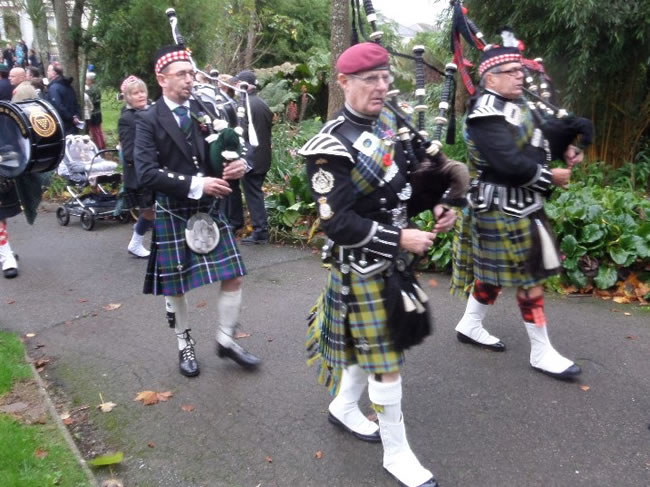 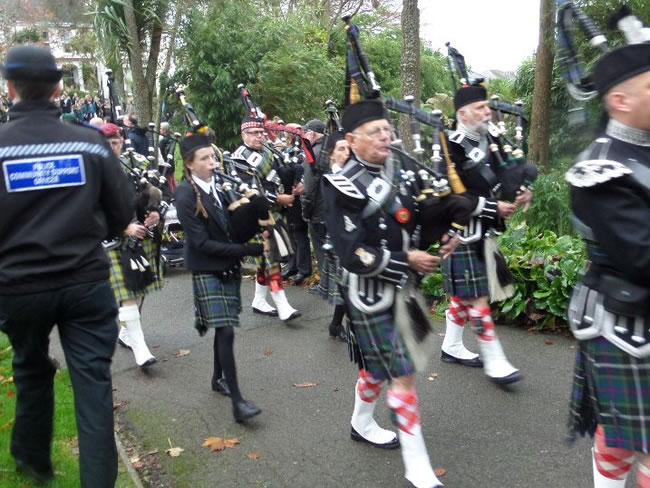 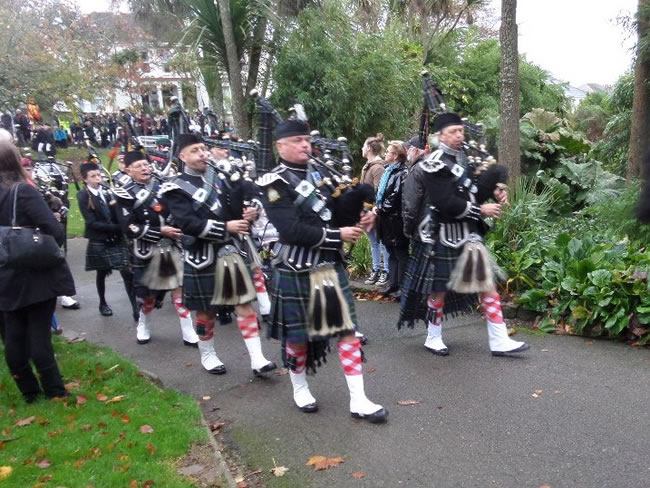 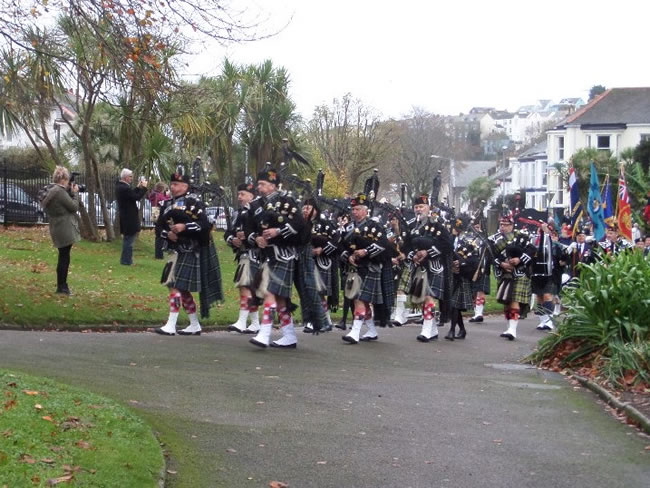 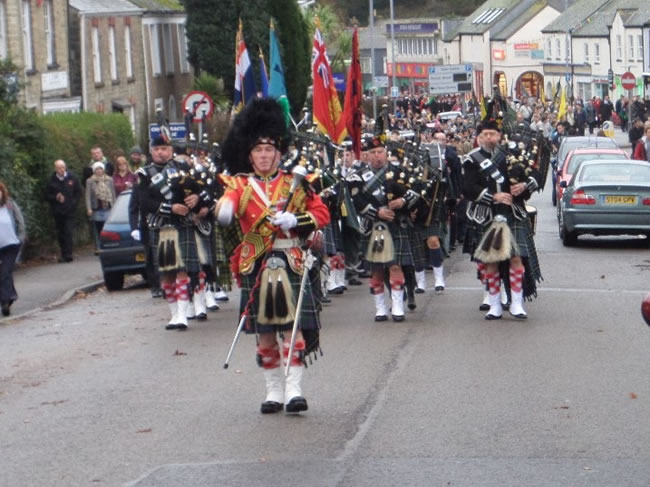 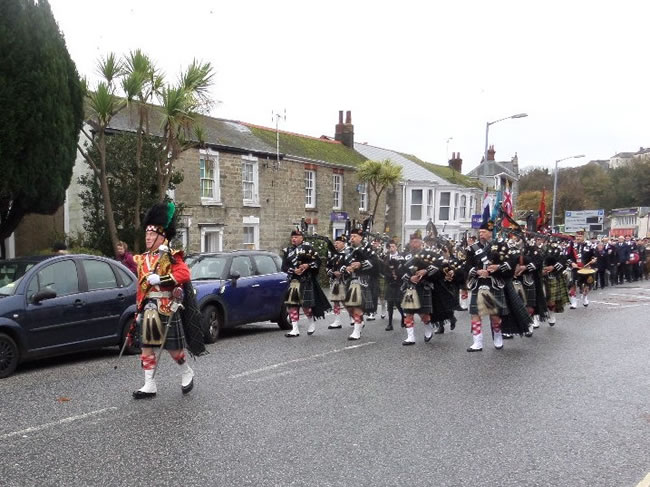 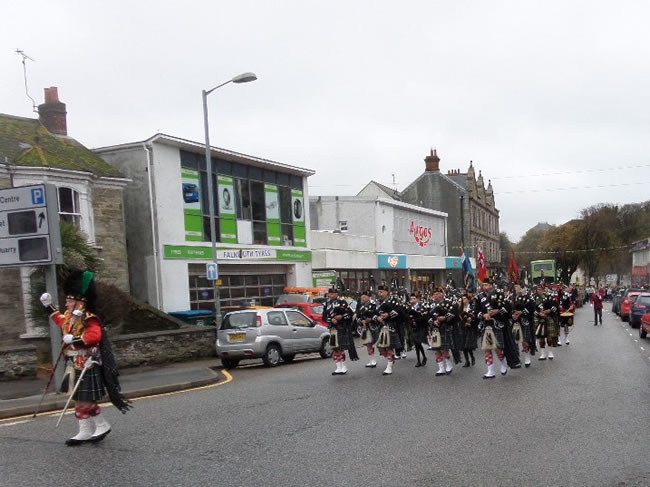 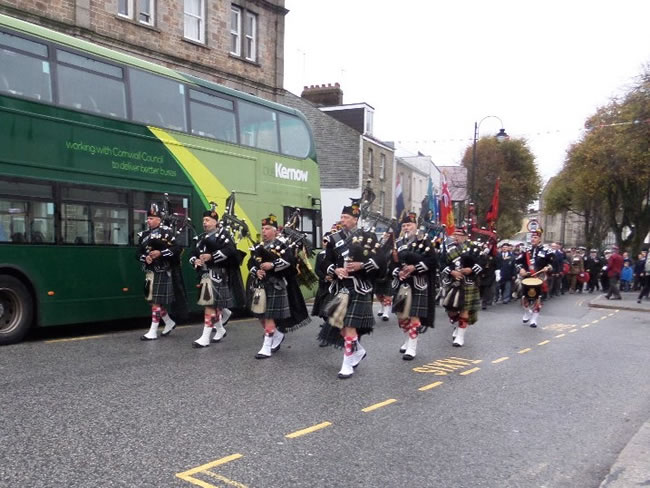 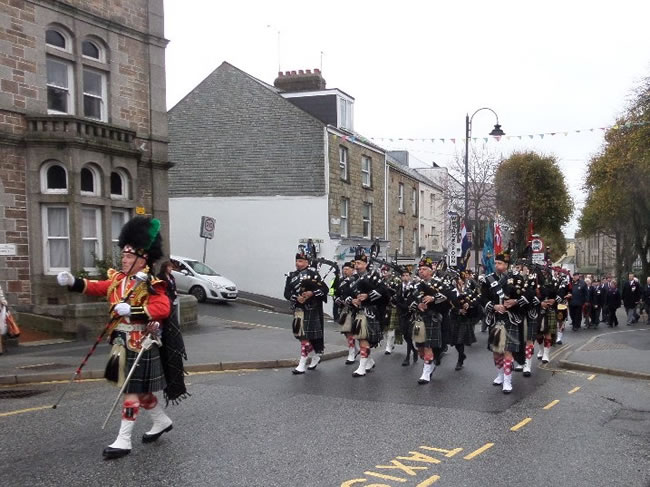 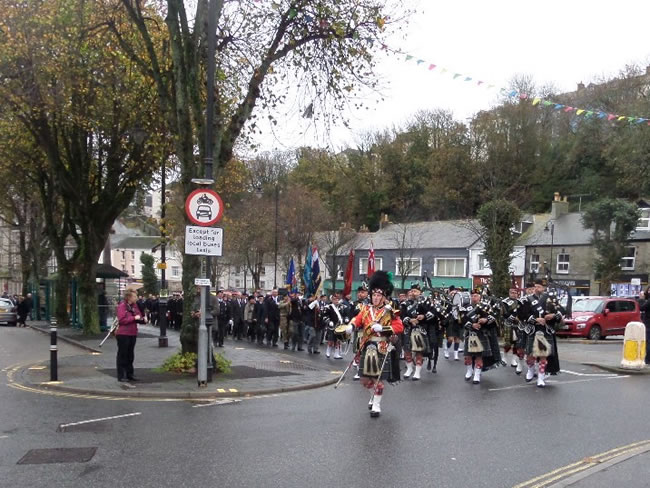 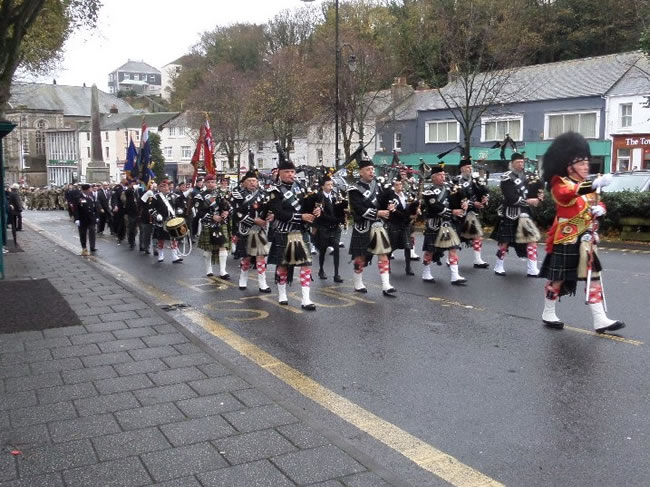 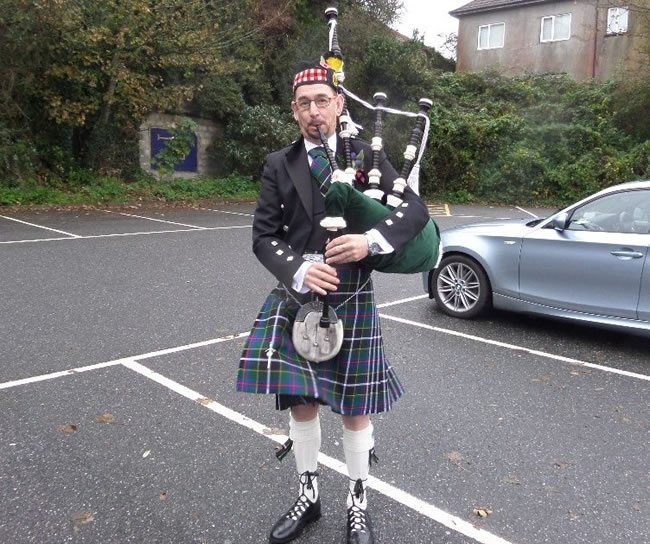