The sun was shining as the Kernow Band met in the overgrown grassy field car park. This was the Band’s second year of taking part in the Carnival and the dress code was Day Dress with the option of capes should the weather deteriorate. The five pipers and five drummers had a tune-up at 18.00 hours and were ready to march at 19.00 hours.

The town’s roads were packed with local families and visitors. The four Silver Bands taking part came from St Columb, St Austell, Indian Queens, and St Dennis. Other participants in the long procession were the Jumping Out Jazz Band, an impressive group of Ghost Busters, and noisy Aliens, besides a long line of small grey Tractors complete with lady drivers with pink hair, calling themselves the Fergie Fillies. There were hundreds of fancy dressers, and laden floats and lorries with humourous themes and Fairy Queens and their Royalty.

There was a ten minute delay to the start of the procession which was led by the St Austell Silver Band, followed by the two local Fire Engines, and Town Crier and Steam Engine pulling a trailer of tree trunks. The route was as last year, a circular one with the carnival going up and down hill into the main street and continuing to the end where they waited for a while for the end to catch up and then circled back up the route to the recreation ground. It took an hour and a half and the Kernow Band were well appreciated along the route by the high spirited public. 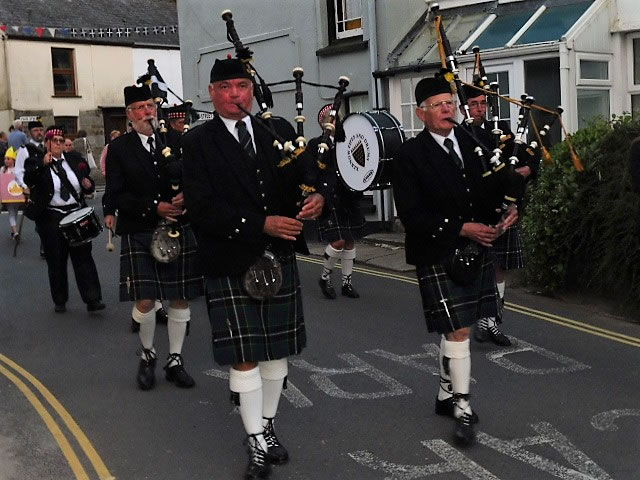 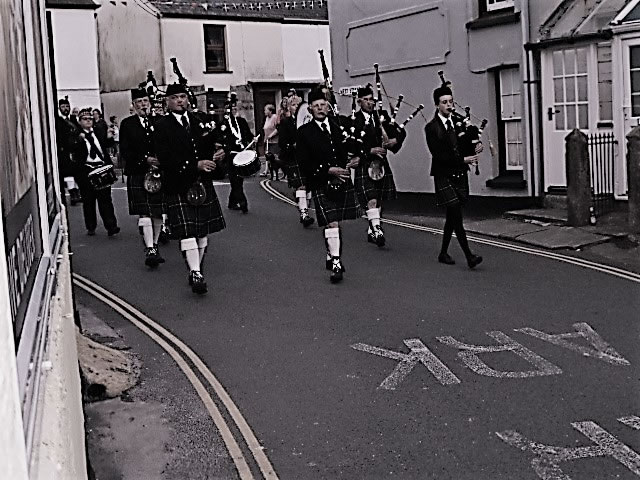 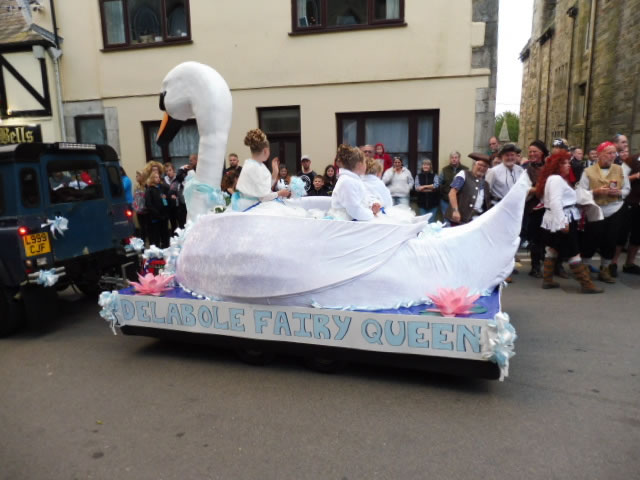 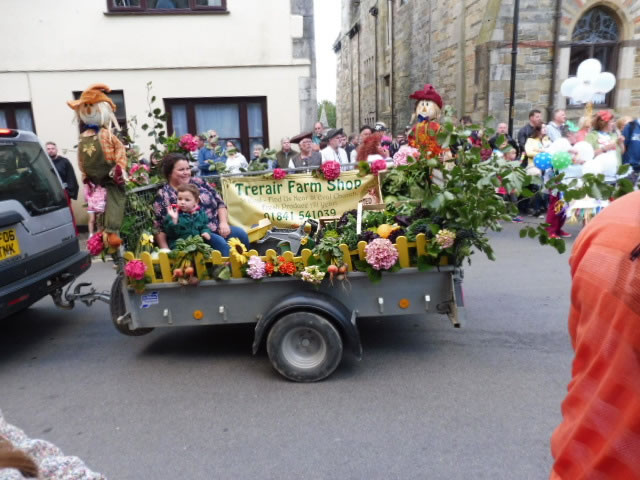 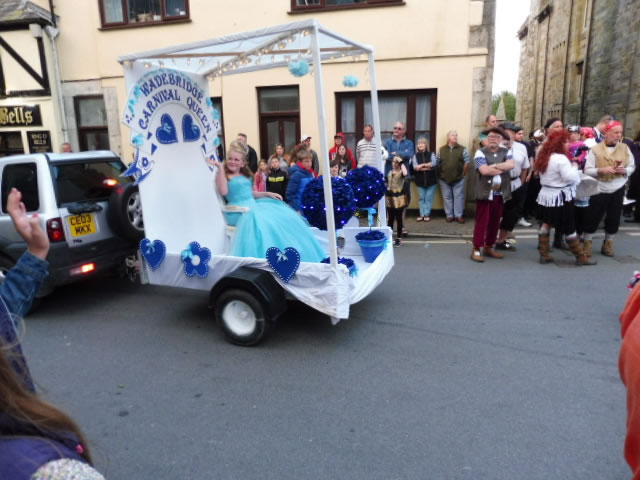 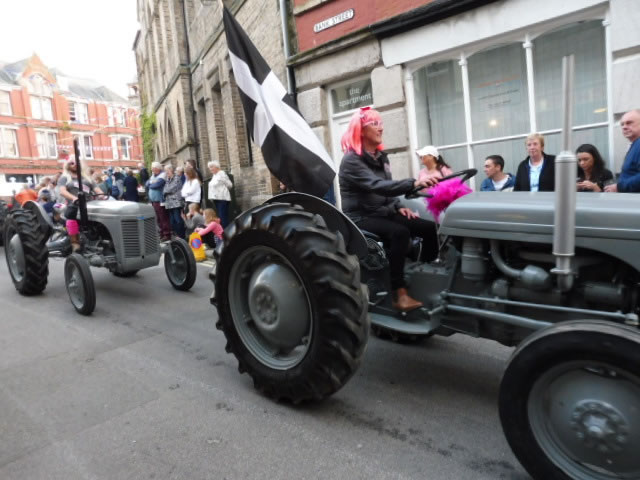 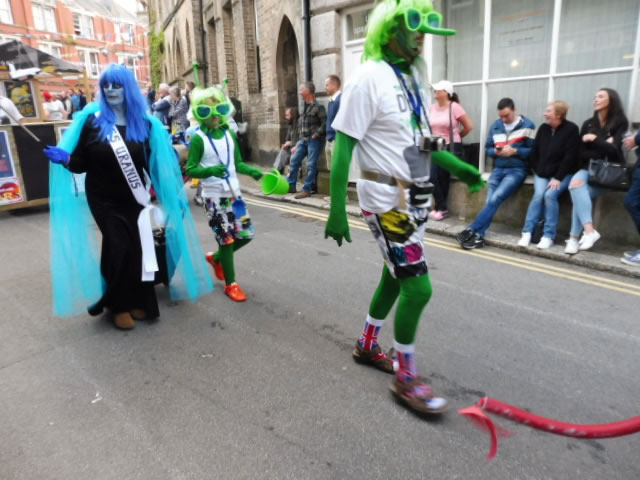 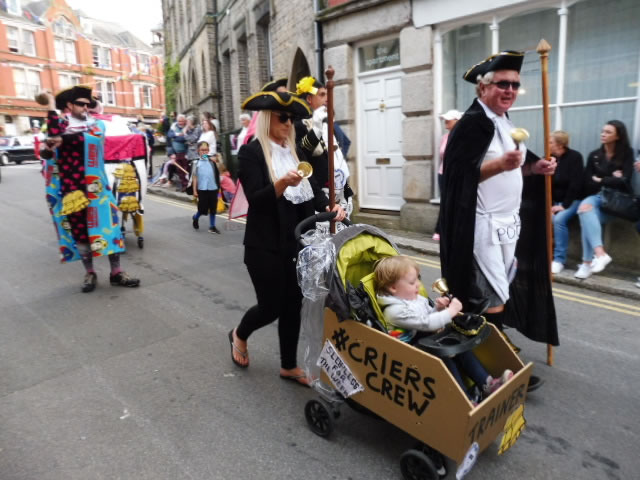 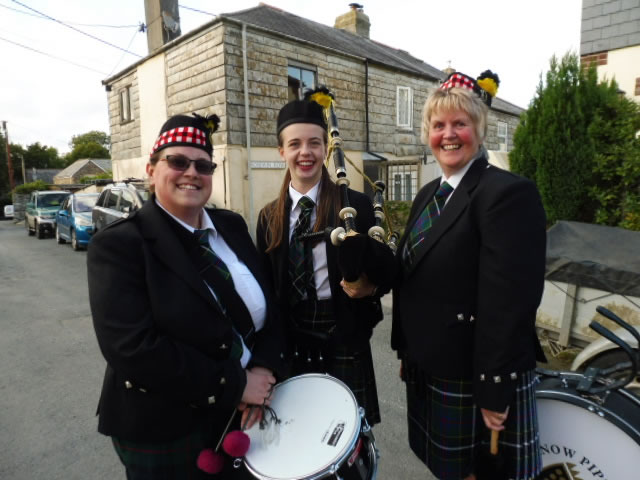 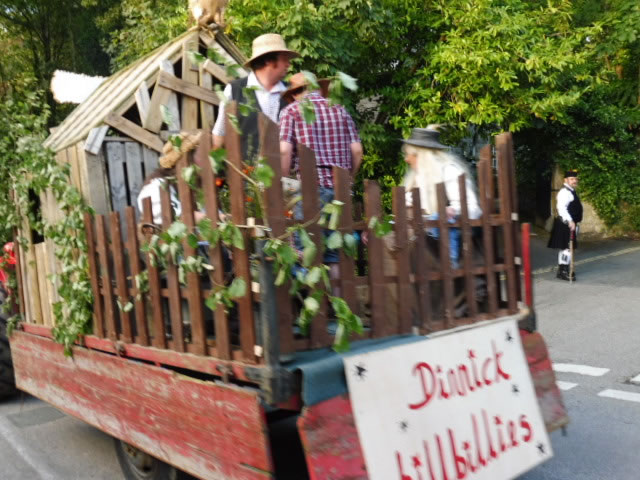 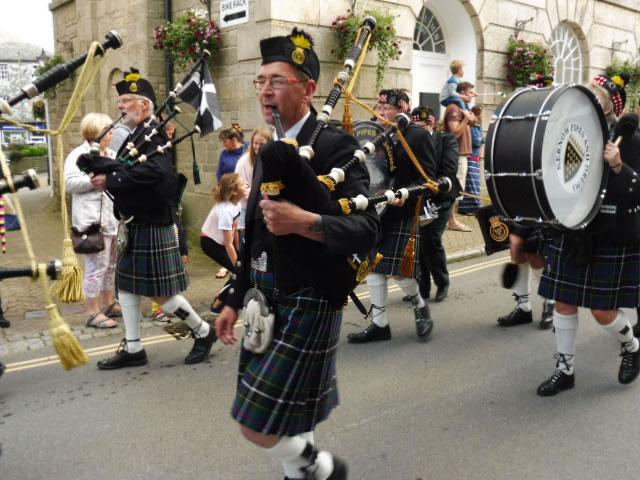 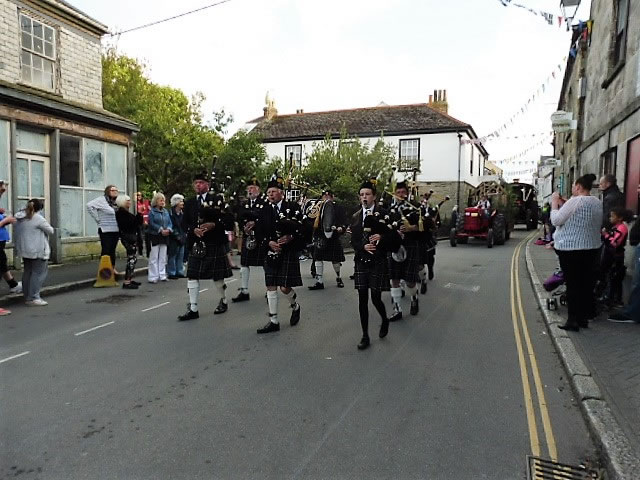 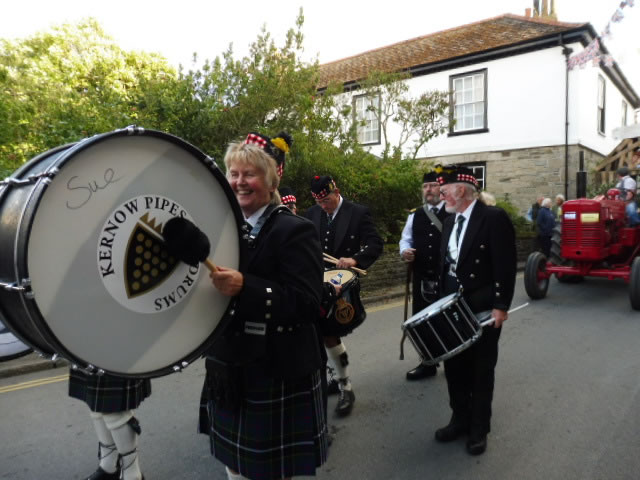 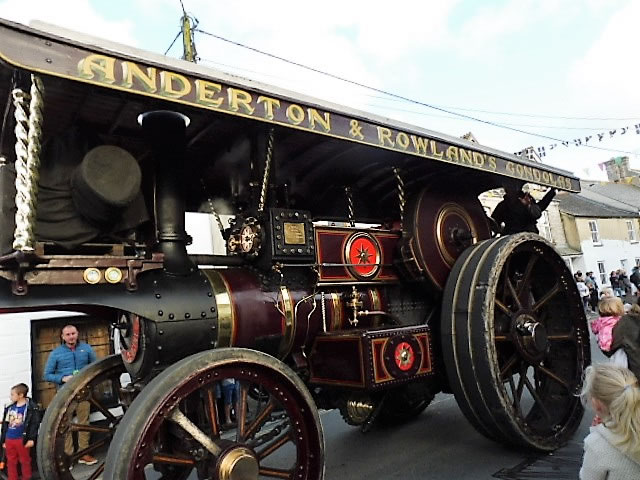 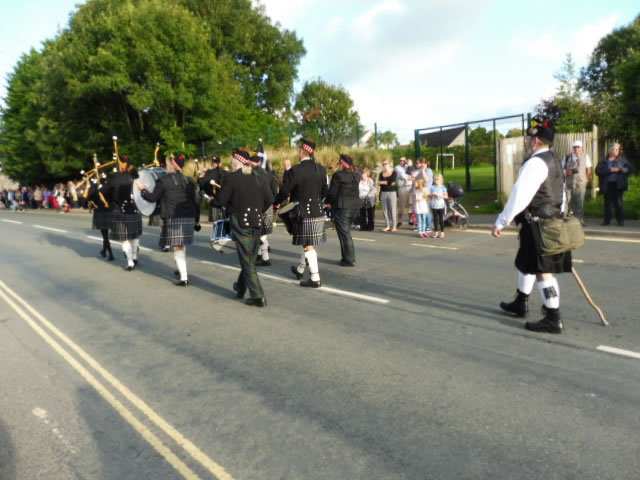 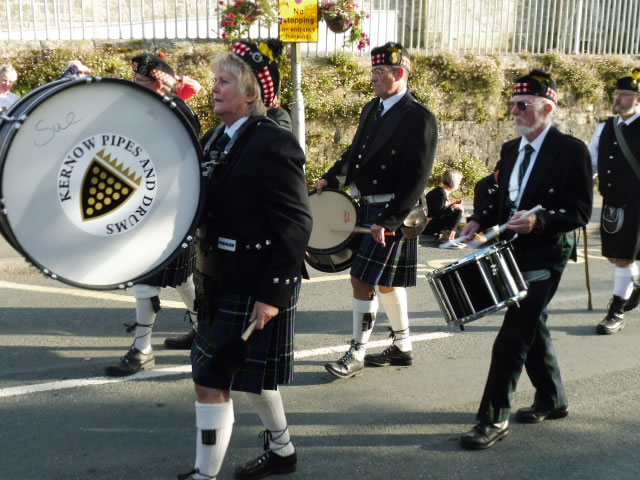 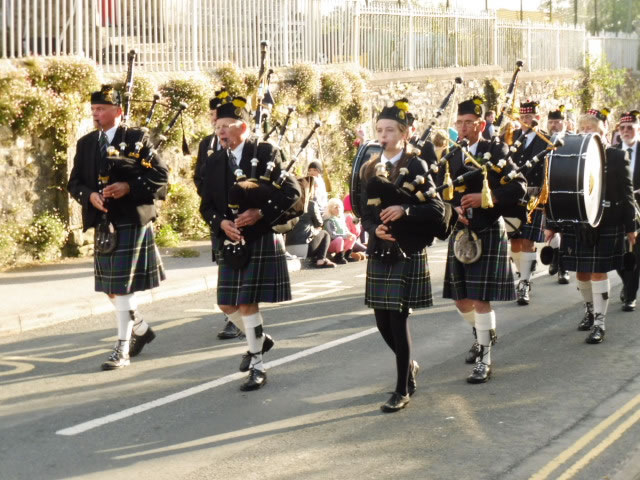 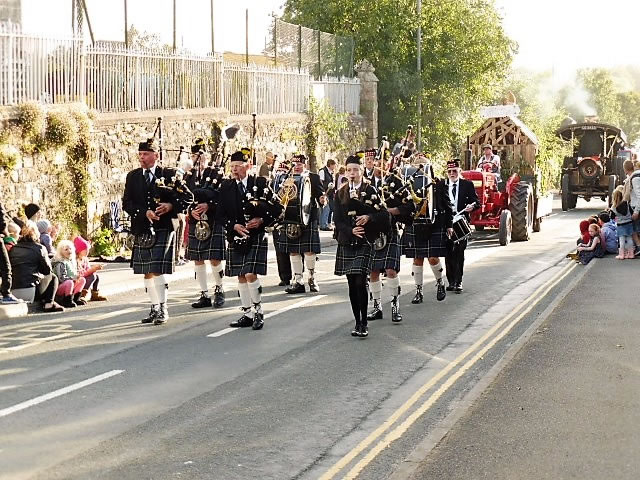 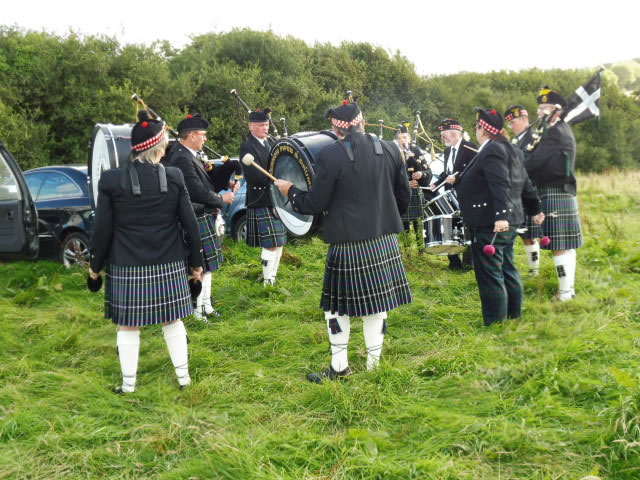