The Carnival Day in St Merryn dawned bright and sunny and continued well into the evening much to the relief of everyone as there had been a few wet events there in the past. It was a good turnout of 8 pipers and 5 drummers and spirits were high as the Band met in the recreation ground for a warm-up of the pipes at 18.00 hours.  Dress code was Day Dress with jackets as there was a cooling wind.

The Carnival started at 19.00 hours led by the Hayle Silver Band and steam engine and an long stream of fancy dressers. There were tractors and decorated lorries with entertaining themes including a mad hatters tea party and a splendid Viking ship with Vikings. The Band had the last position in the parade and on arrival at the crowded square full of visitors and local families, they formed a circle and played to a noisily appreciative audience. When the rest of the carnival circulated back to lead the parade down the road to the carnival field the Band slotted in behind it.

It had been a lovely carnival bursting with holiday atmosphere and unexpectedly the weather had stayed sunny and dry. 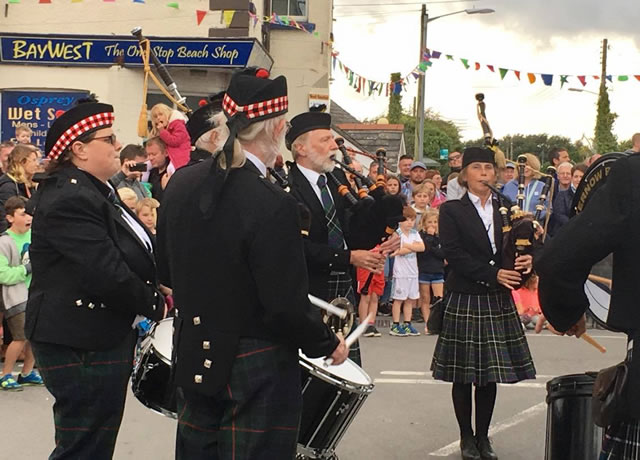 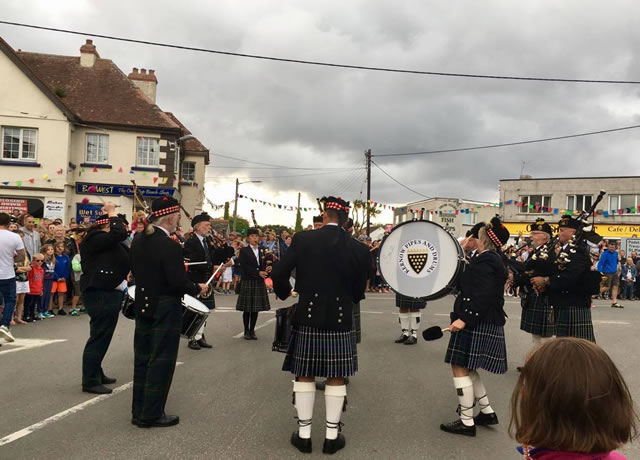 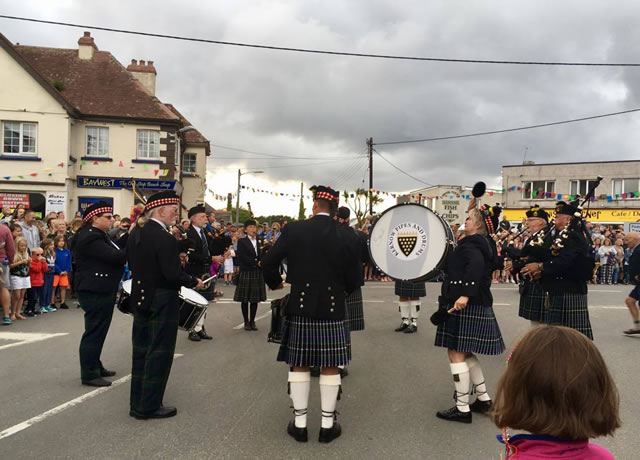 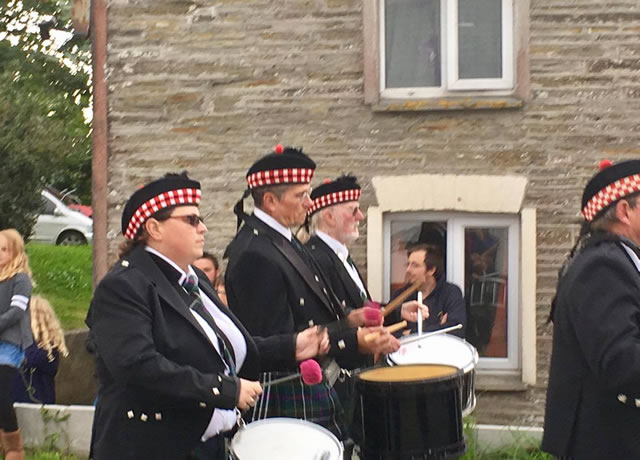 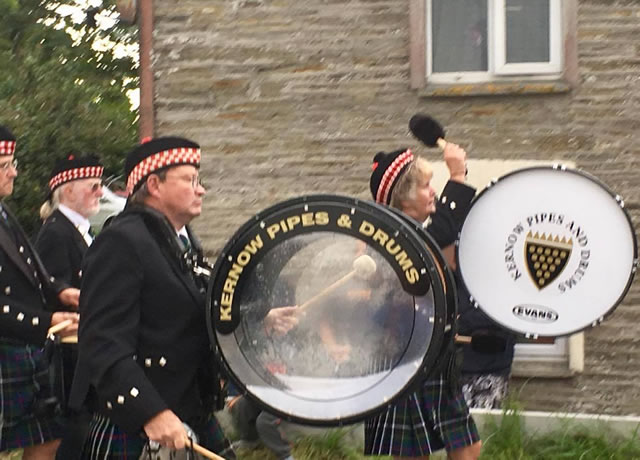 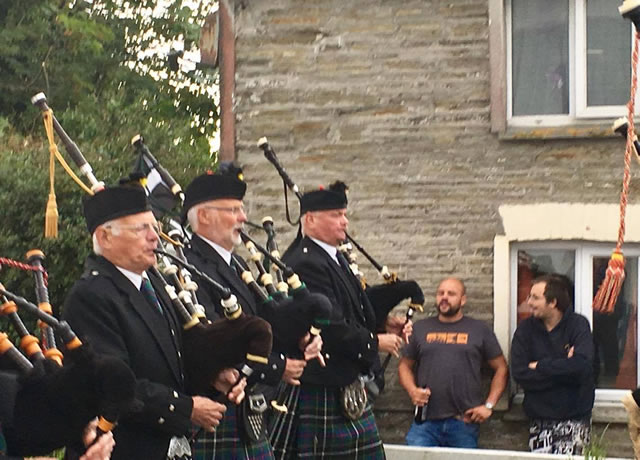 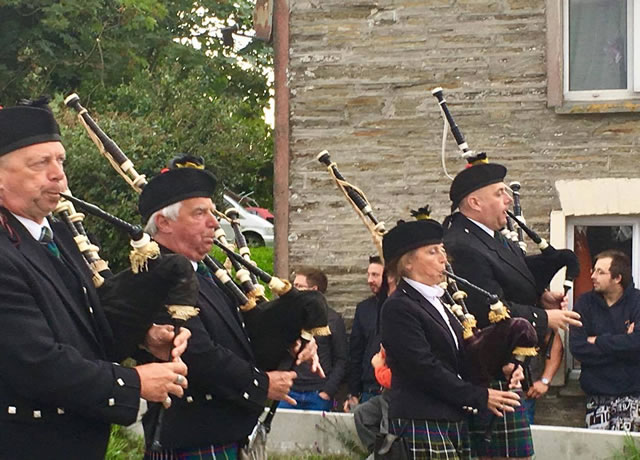 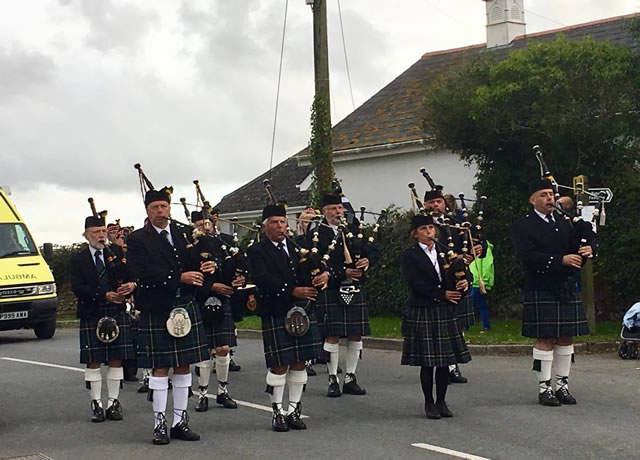 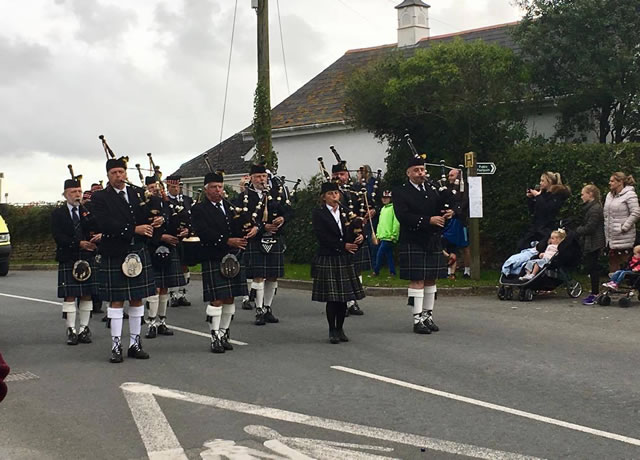 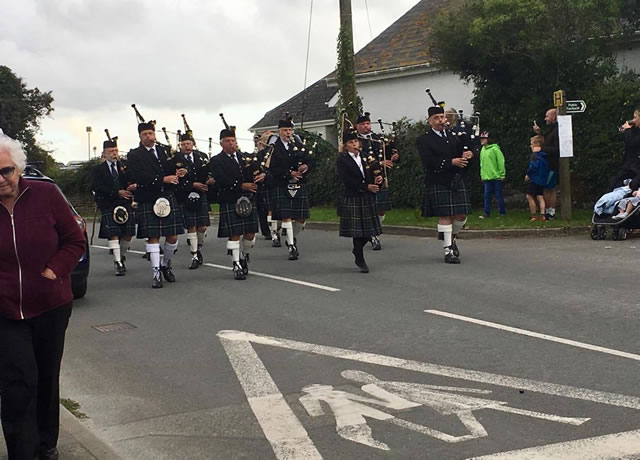 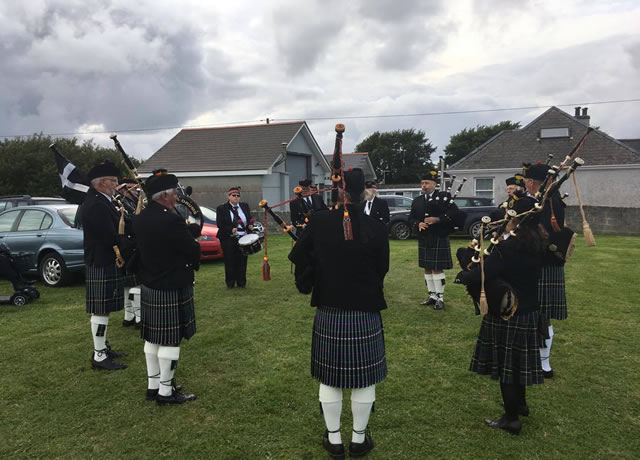 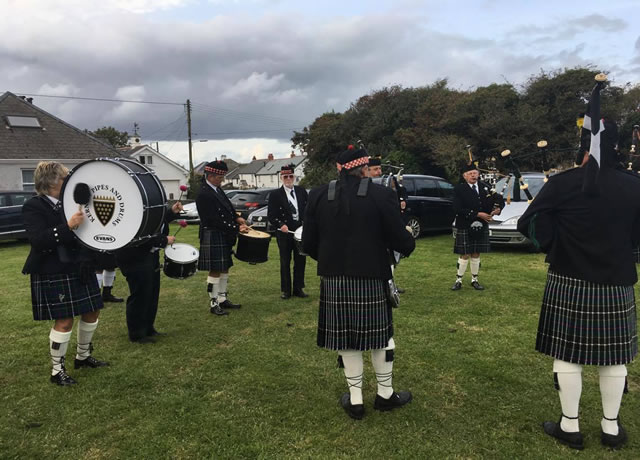 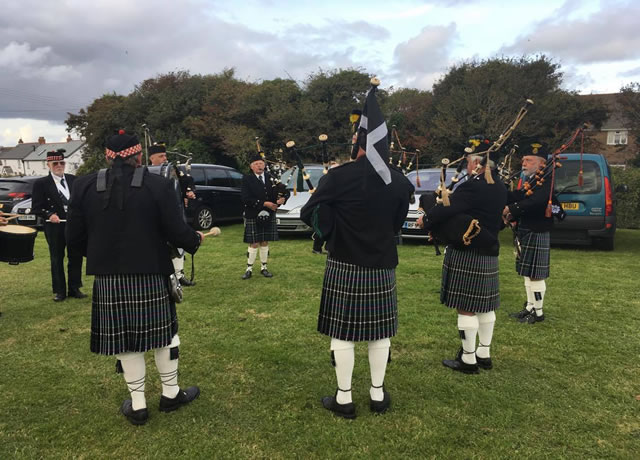