Trevithick Day in Camborne dawned cloudy, cold and dry with occasional sunshine. The Band had arrived by 9.00 hours and were tuning up in the Council Offices’ car park. The dress code was Day Dress and after the walk into town for refreshment the Band assembled outside the Vyvian Arms ready to march and play along the crowded main street. In spite of the cold wind there was a holiday atmosphere to be seen by the many visitors and locals crowding the street and enjoying the numerous stalls and food outlets along the way.

The day’s events were a full and varied programne which included the following events – a long parade of impressive Steam Engines, Trevithick’s Dance, Bal Maidens and Miners Dance by school children, Morris Dancing, a variety of choirs and Hand Bell ringers, Jazz Band, Historic vehicles, Arts and Crafts, Music Concert and Flower Festival to name but a few.

On arrival at the Town Square the Band formed a half circle and played for three quarters of an hour only stopping while the Camborne Town Band approached followed by the children  as Bal Maidens and Miners danced along behind.

The crowds were enthusiastic in their appreciation of the Kernow Band and at 10.45 hours they stopped for a break and the Male Voice Choir came on. The weather had warmed up a little with the sunshine for the next slot outside the Town Clock an hour later where the Band played for three quarters of an hour before being dismissed and thanked by the Pipe Major for their playing. 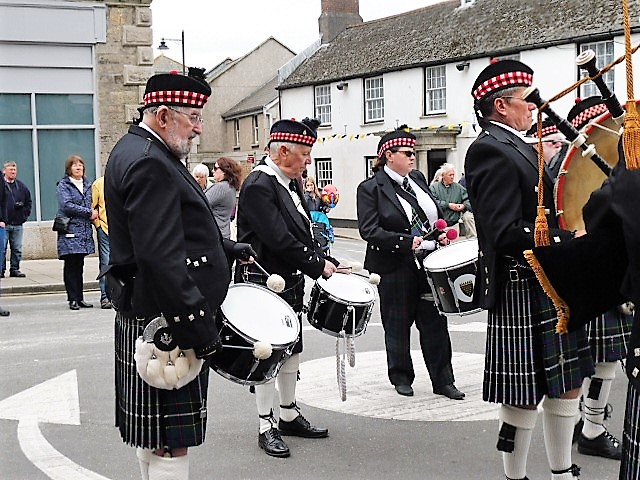 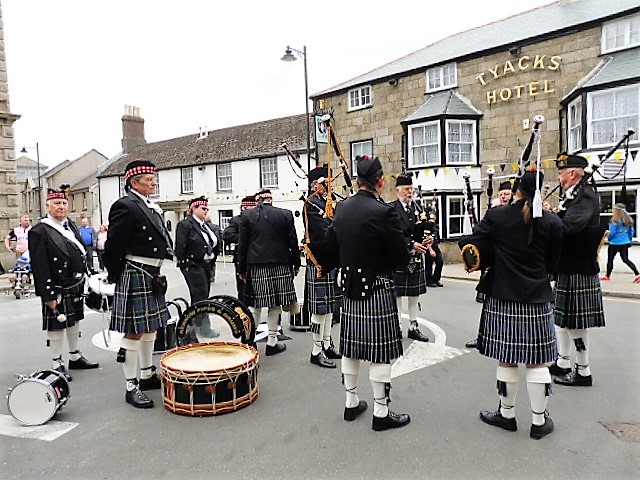 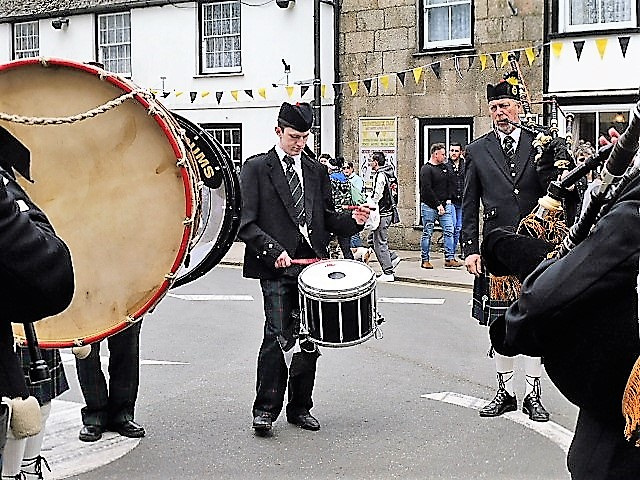 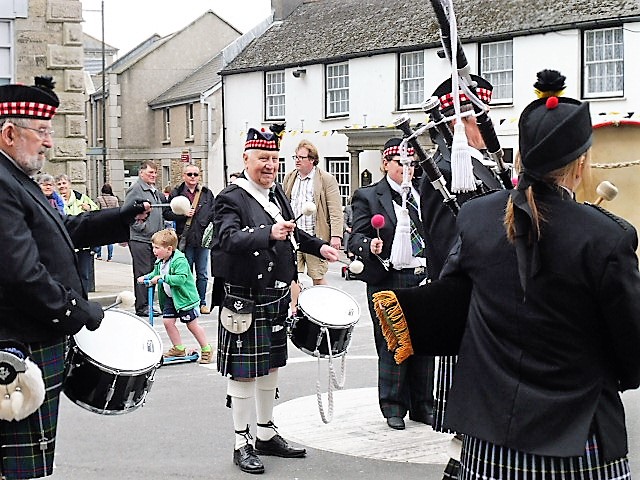 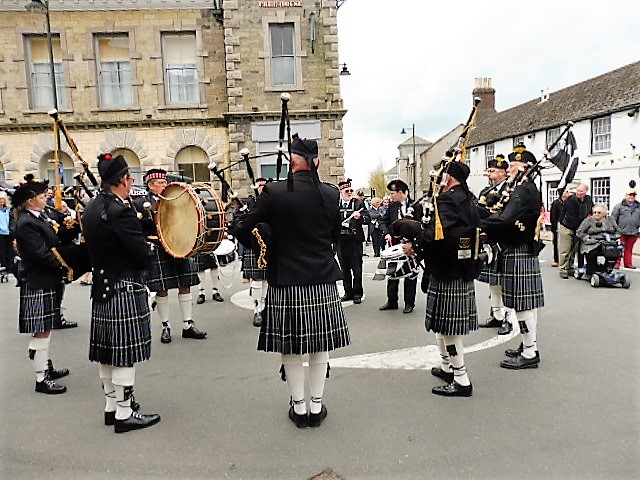 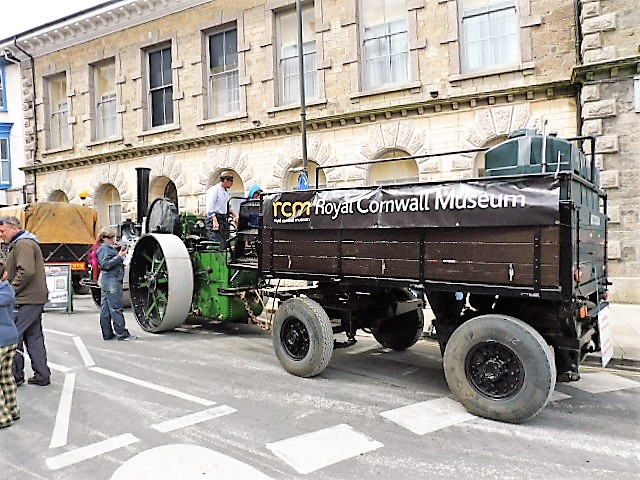 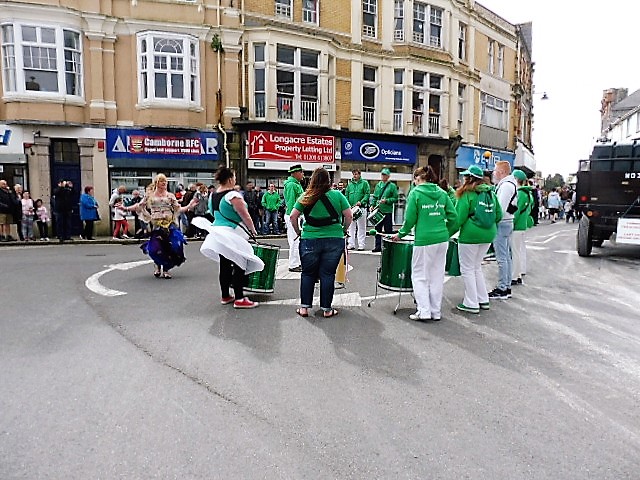 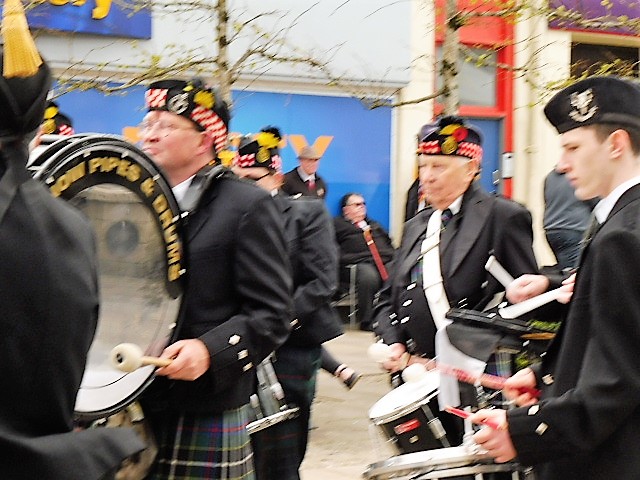 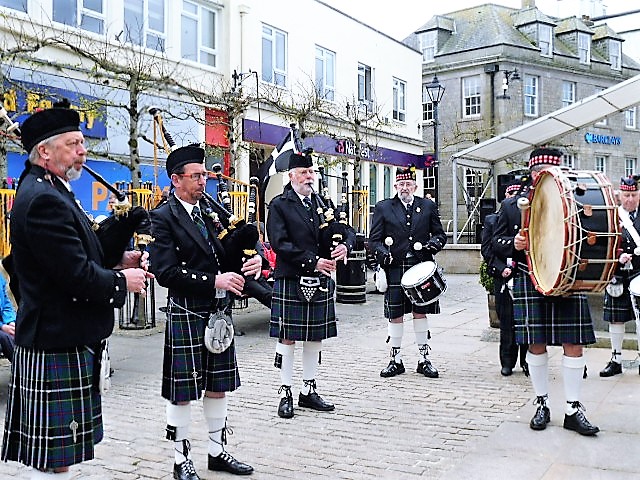 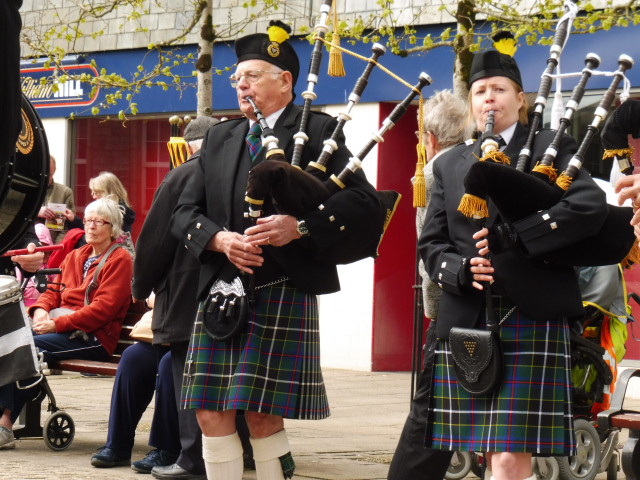 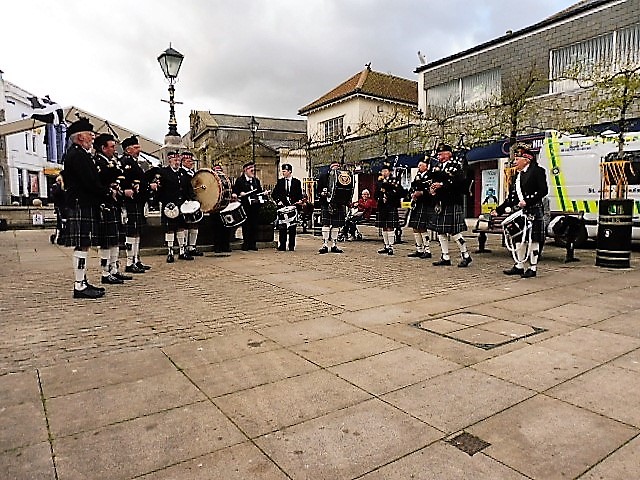 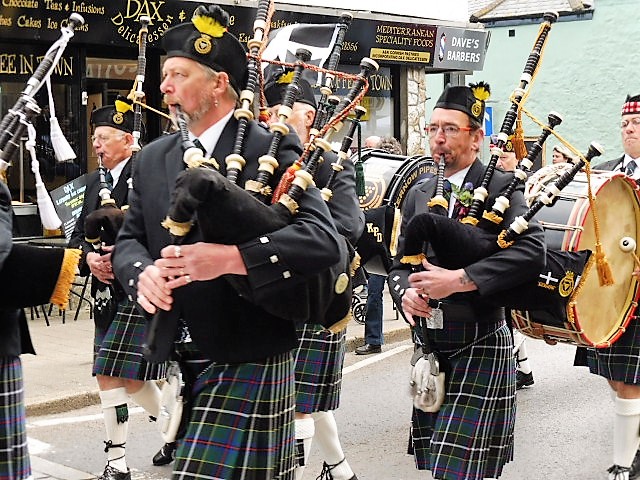 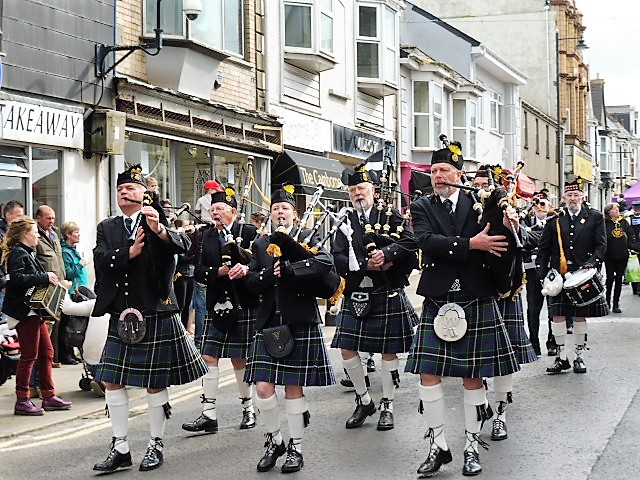 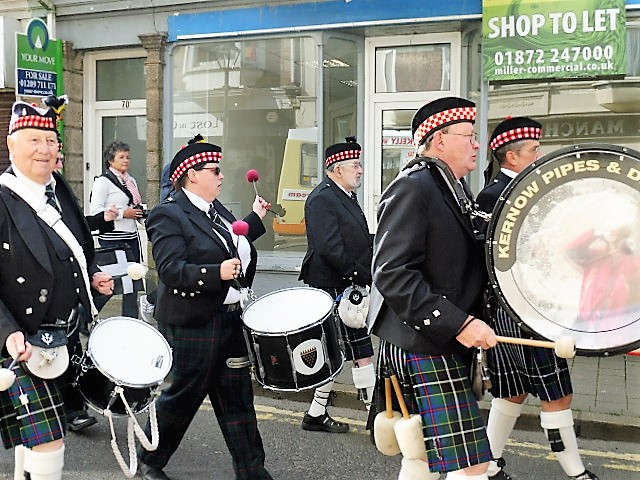 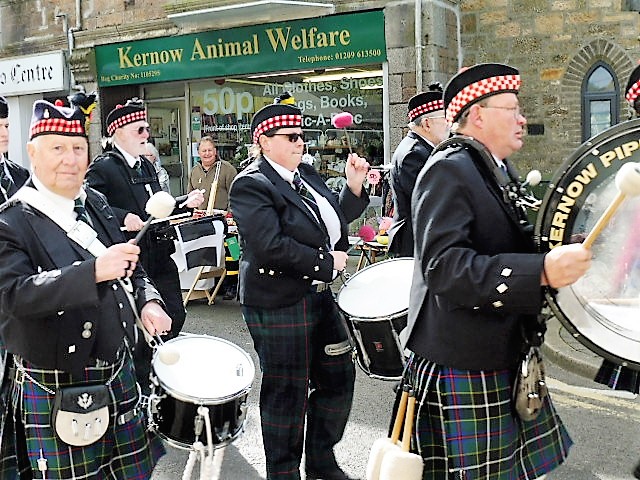 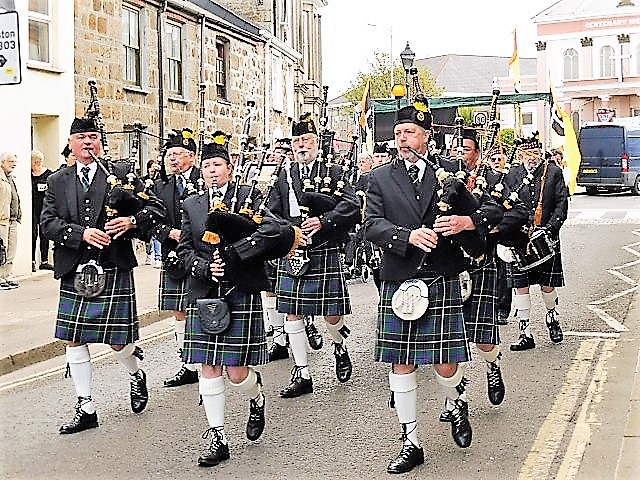