The weather for Grampound’s Carnival was dry with high cloudy skies and a cool wind and as last year, the meeting place for the six pipers and five drummers was in the car park of the Fal Valley Pet Supplies in the village. Dress order was Day dress and in the absence of the Pipe Major and the Assistant Pipe Major, Miranda led the band.

Traffic was still going through the busy main road as the Band tuned up their pipes and had a short rehearsal. The road was rapidly filling up with locals and visitors for the event and hopes were high there would be no rain this year. Well in time for the expected 18.00 hour start the members made their way to the recreation field where the participants were waiting for the procession to commence and there were the usual refreshments and amusements to be enjoyed.

There was a ten minute delay while the traffic was finally halted and the Parade started up the hill led by the Town Crier and his hearty voice announcement. The Silver Band from Lanner came next followed by Fairy Queens and their Royalty from villages far and wide. Also to be seen were The Jumping Out Jazz Band and St Austell Silver Band and decorated lorries with humorous themes and a procession of young and older fancy dressers.

Half way up the hill the Kernow Band stopped by the clock tower and formed a circle while the remainder of the Carnival carried on up the hill to wait while the road was open to the held-up traffic. Meanwhile the Band played a medley of tunes. For the first time in public Felicity played solo, giving a lovely performance of a tune called Pumpkins Fancy – there was much appreciation both from the Band members and the crowds around. When the traffic was again stopped half an hour later, the Silver Band could be heard leading the procession back down the hill and the Kernow Band rejoined the parade continuing into the recreation field.  Once again a good Carnival with appreciative crowds and though the clouds were a little more threatening, it had been a totally dry event. 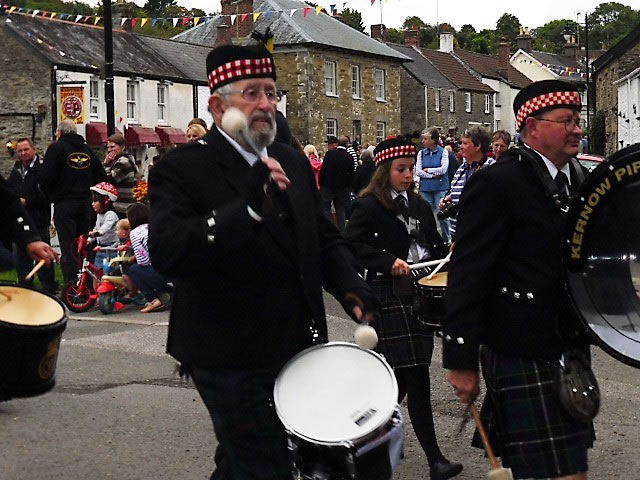 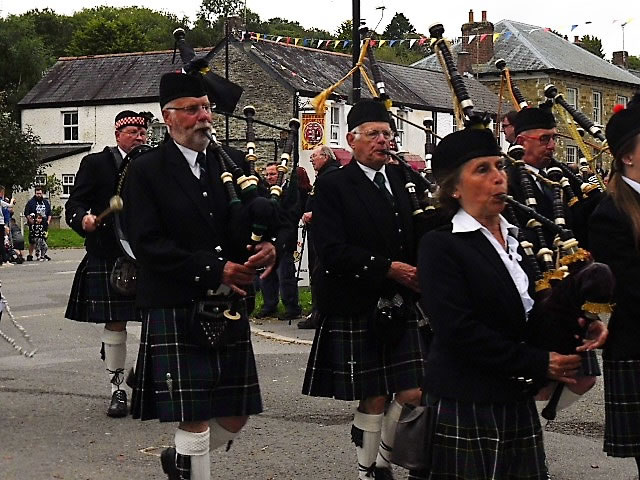 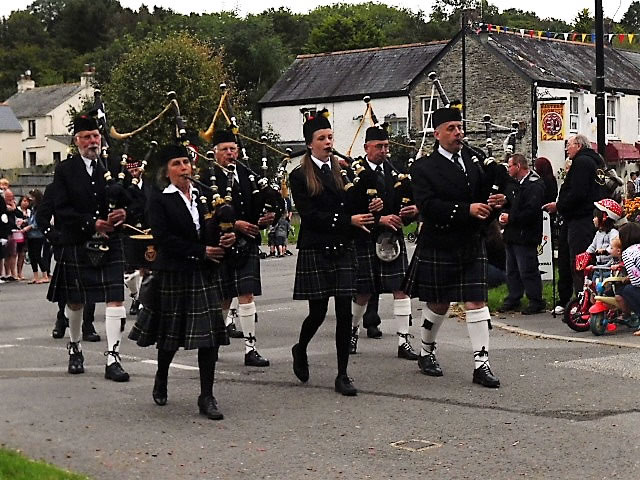 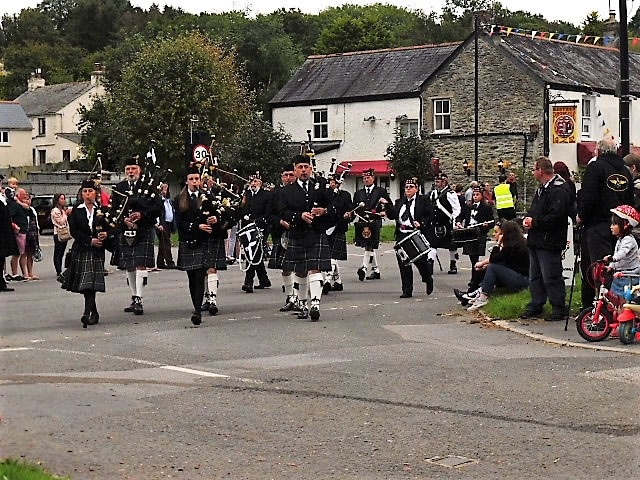 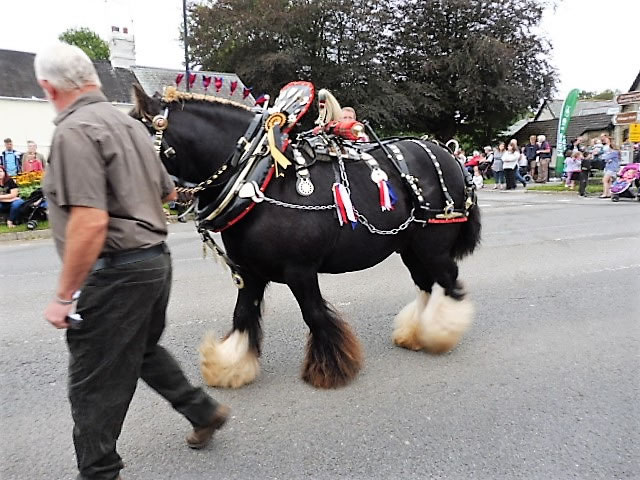 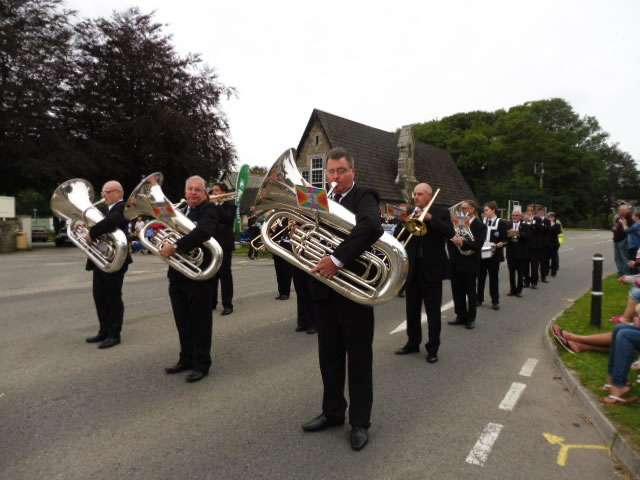 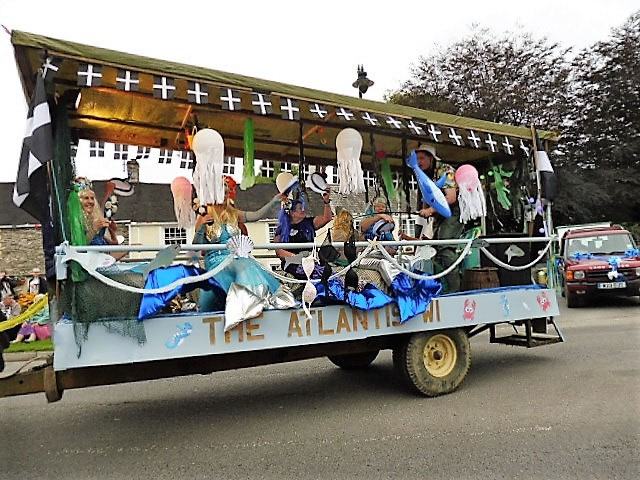 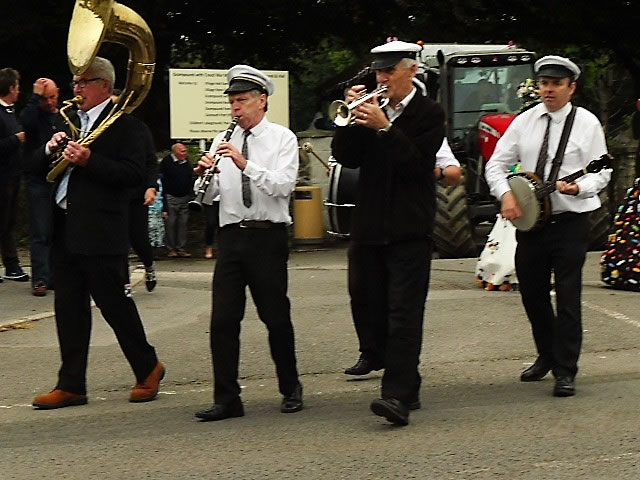 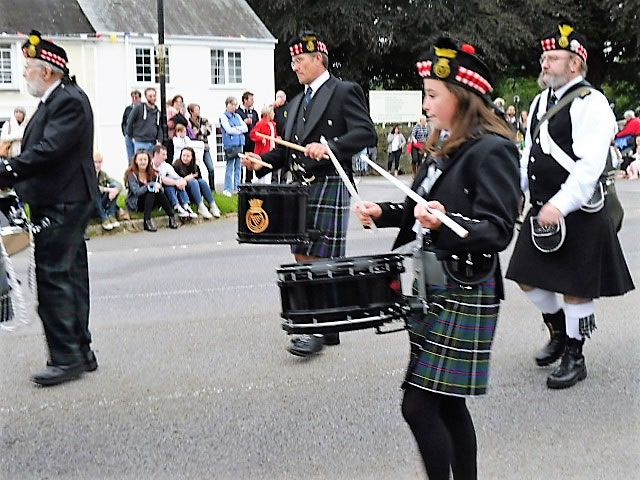 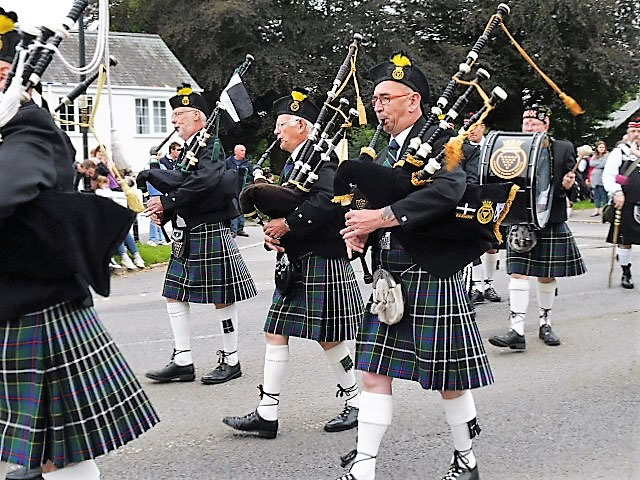 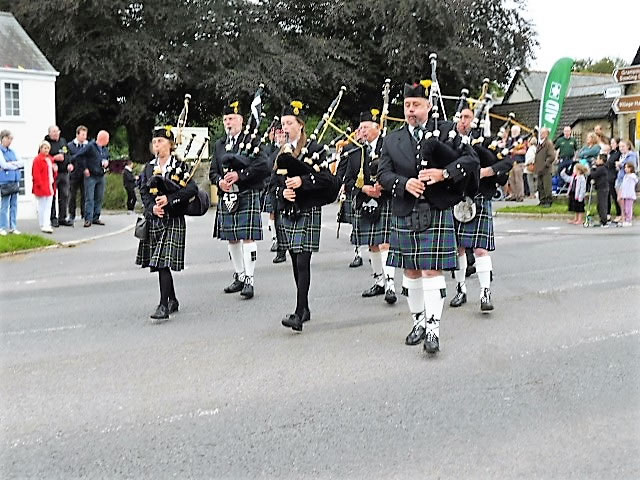 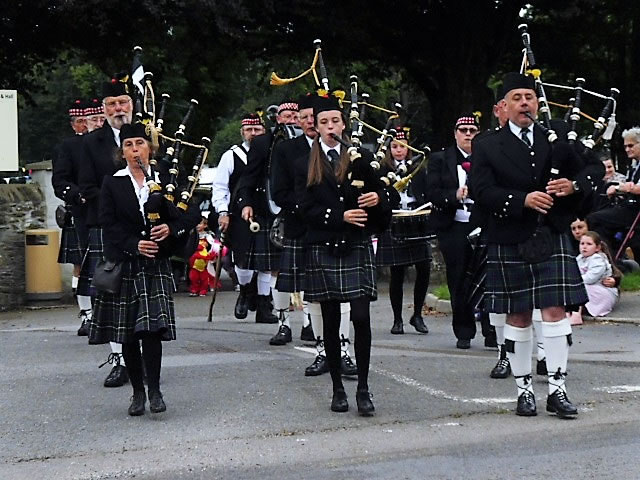 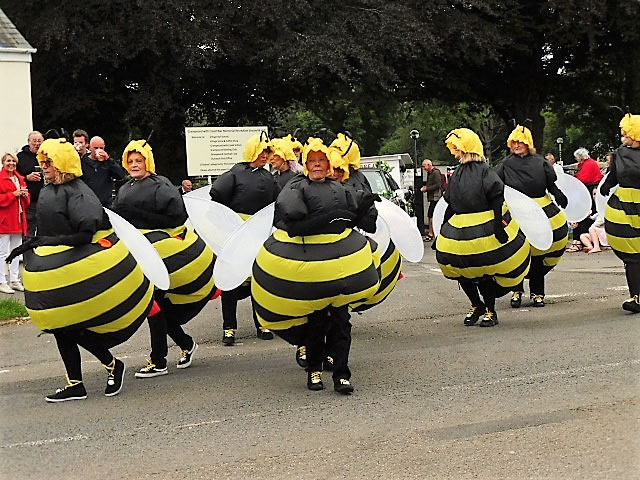 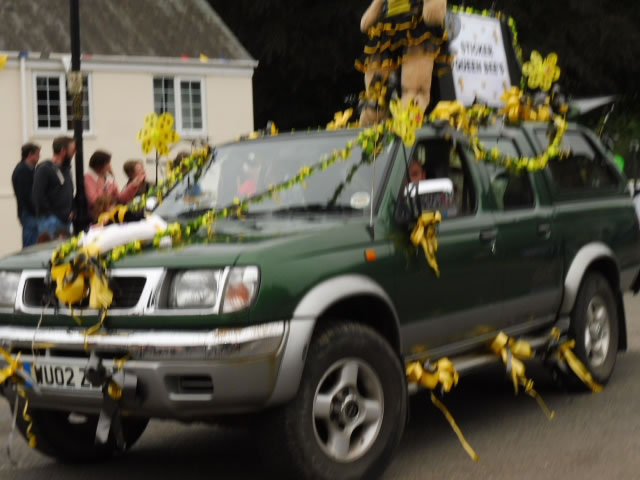 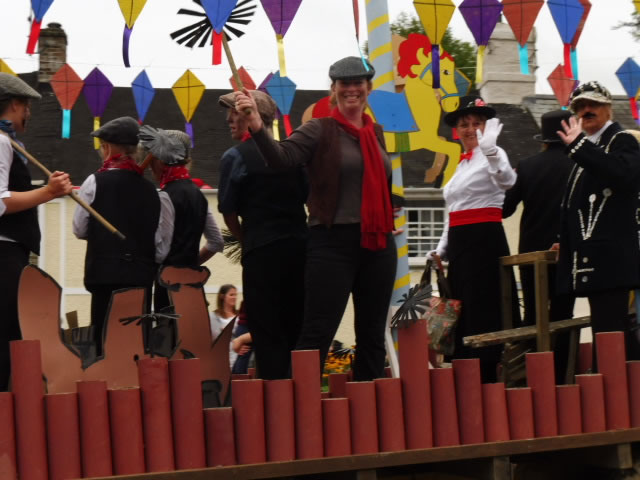 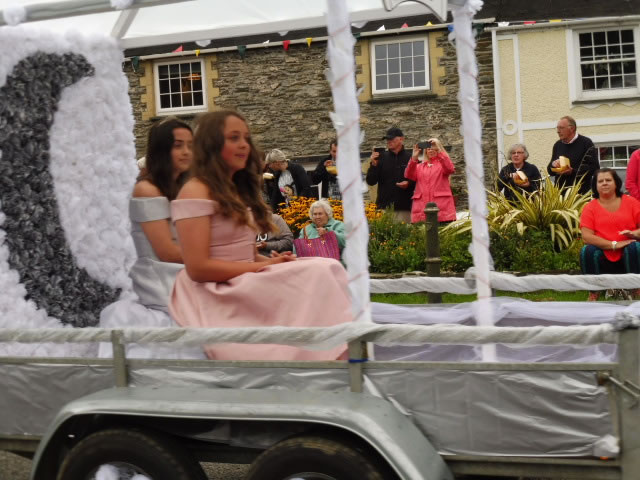 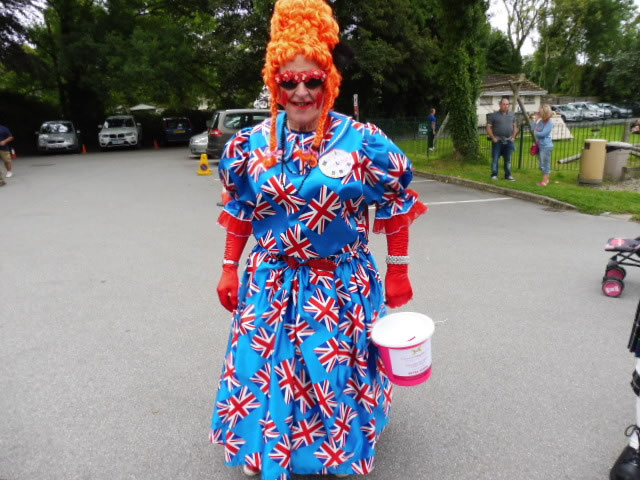 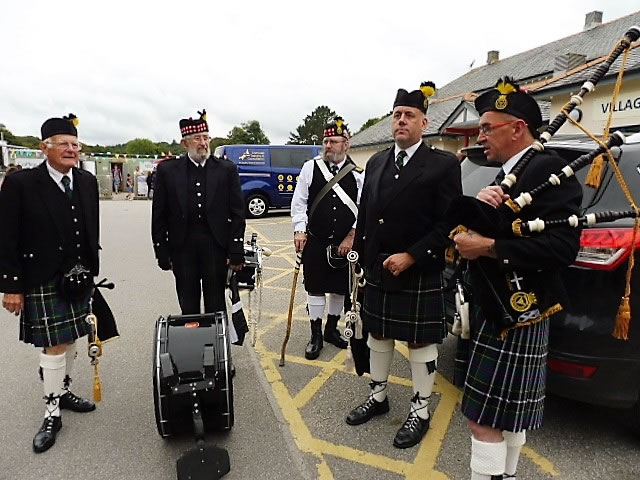 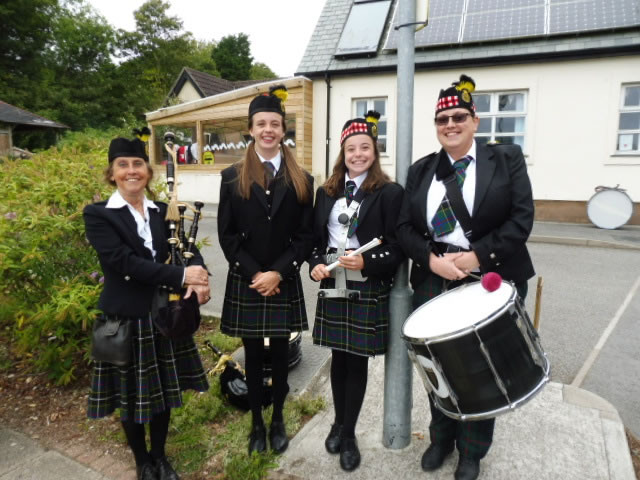 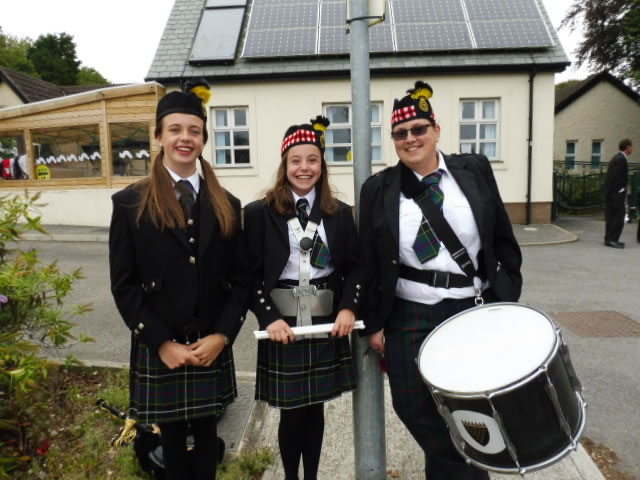 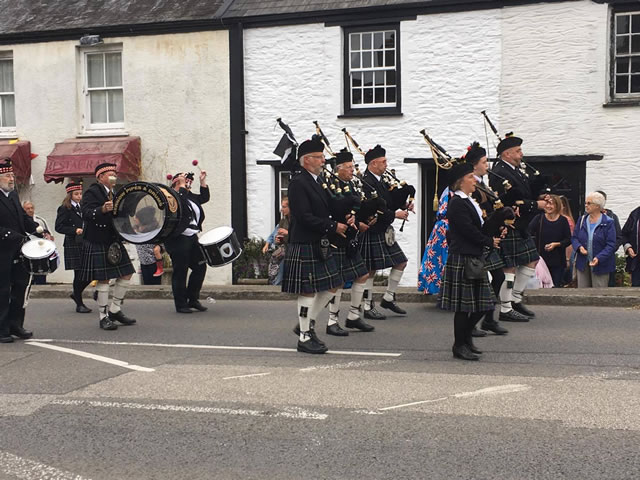 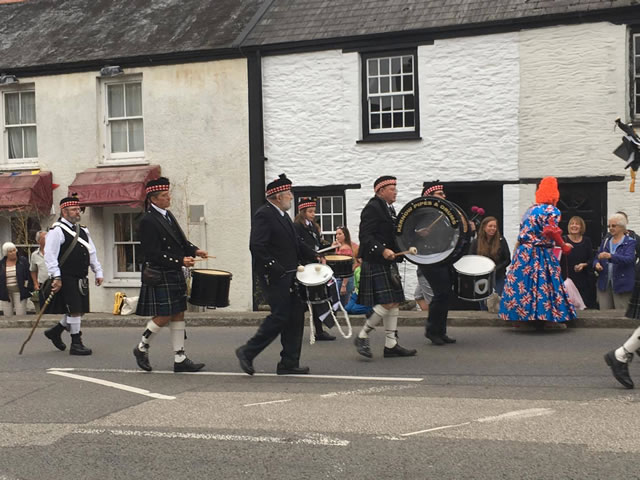 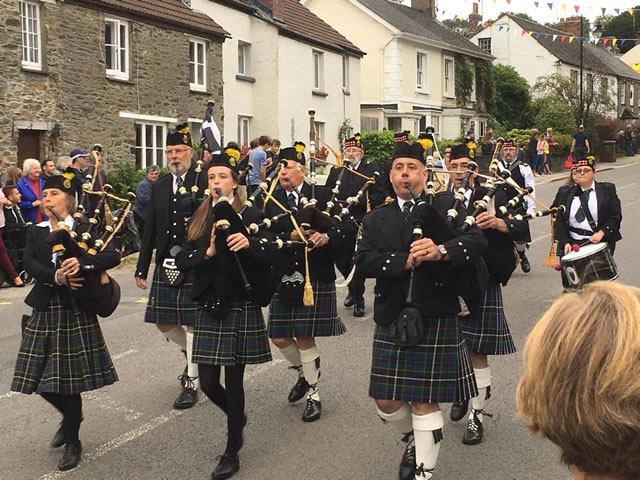 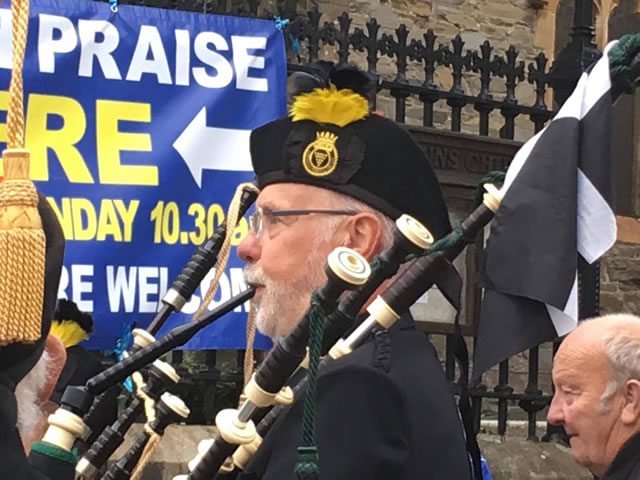 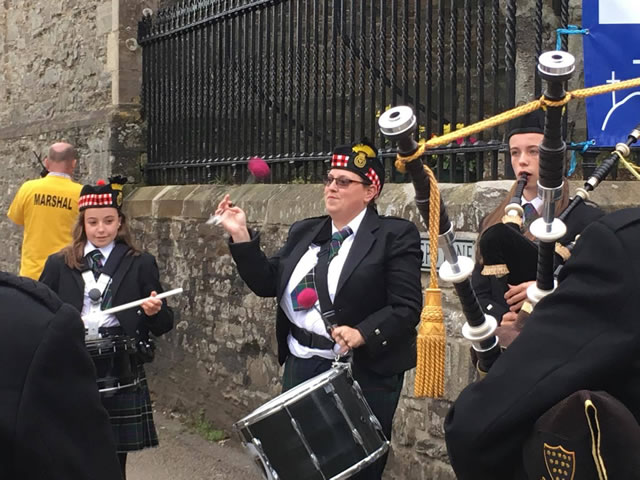 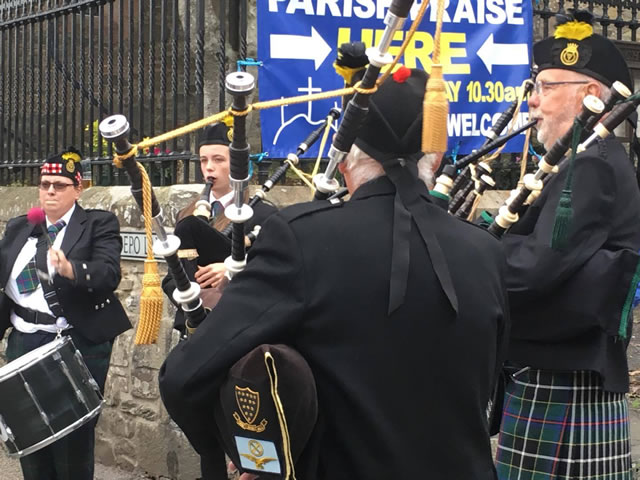 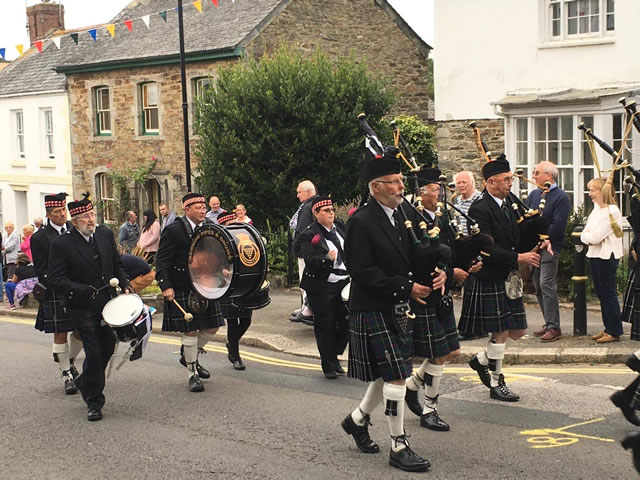 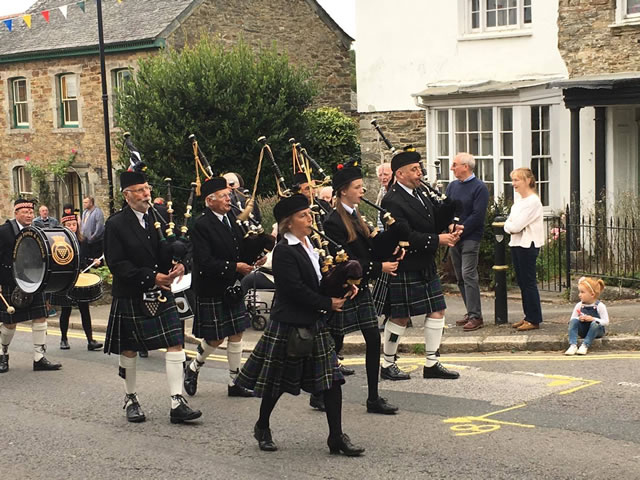