It was a beautiful bright day, but it was very cold with a high wind chill factor that made for cold knees in kilts and even colder fingers on the pipes!

It was going to be a small band of seven pipers and one drummer who was the youngest member of the Band. By 10.30 all had arrived and were soon kitted out in No 1s with glengarries. The tuning up and rehearsal went well and bystanders stood happily listening in the cold sunshine wrapped up cosily in their warm coats, scarves and gloves. By 11 o’clock the members had walked the few yards down to the town centre and were grouped around the British Legion Tent where there was a very warm welcome given to them by the British Legion members.

Among those also present and braving the biting wind were two British Legion Standard Bearers, the Lady Mayor, a representative from the Lions Club and several Army Cadets.

The medley of tunes played included – Waters of Kylesku, Skye Boat Song, Morag of Dunvegan, Green Hills, Battle O’er, Scotland the Brave, Marie’s Wedding, Highland Cathedral, The Last of the Great Whales, and Amazing Grace. Also played was the British Legion Set consisting of – Pack up your troubles, It’s a long way to Tipperary and Keep the home fires burning.

During the hour of playing there was a break during which there was a speech and prayer by a British Legion official and photos were taken by the Press. Playing continued and the square filled even more with the appreciative Saturday shoppers.

By 12 pm the pipers were dismissed and thanks and appreciation were given by the British Legion and other officials, especially to the young drummer who had braved the cold and done such a good job!

A worthwhile engagement, a great success and the sun had shone throughout and I believe all were relieved to get out of the icy wind and into their cars and put on the heating! 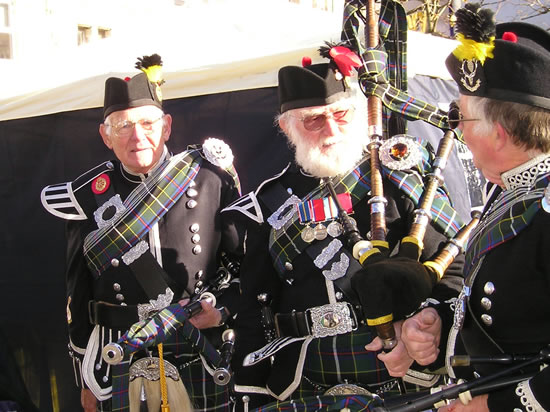 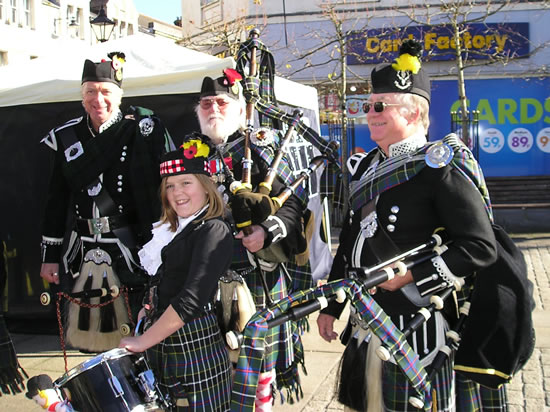 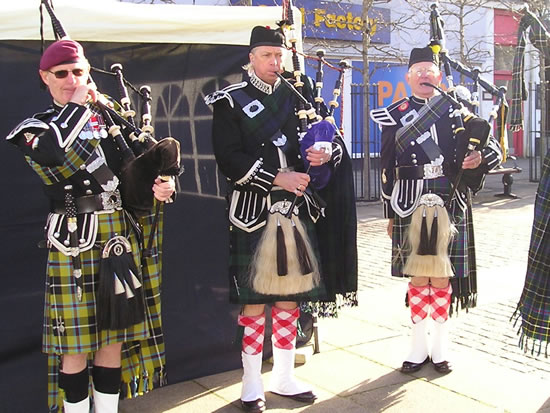 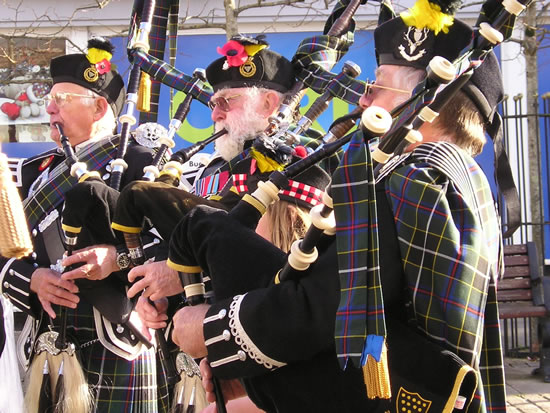 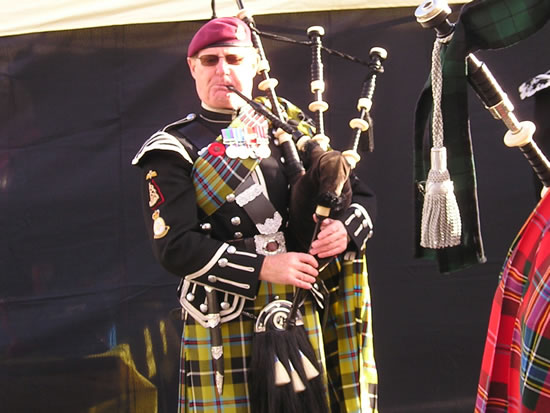 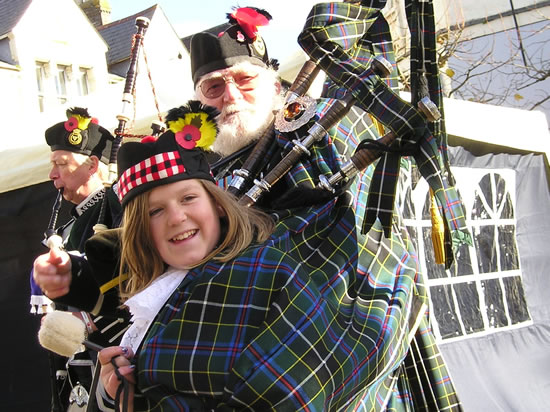 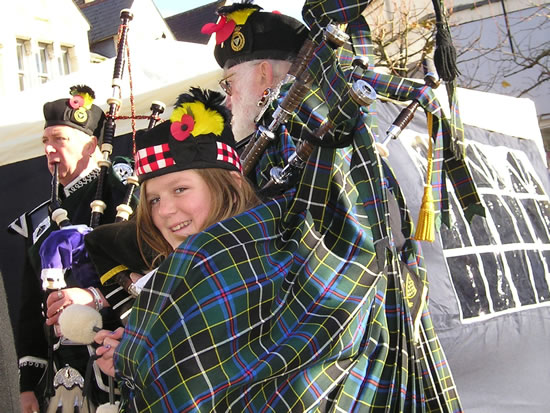 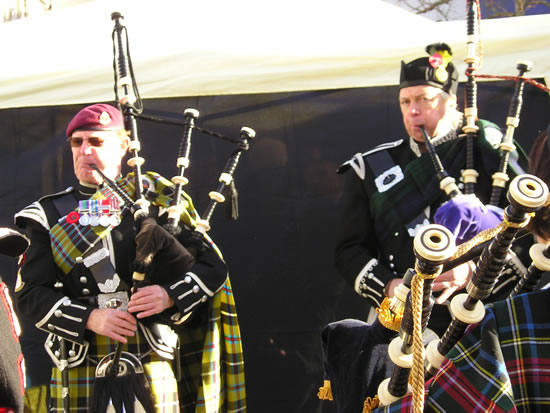 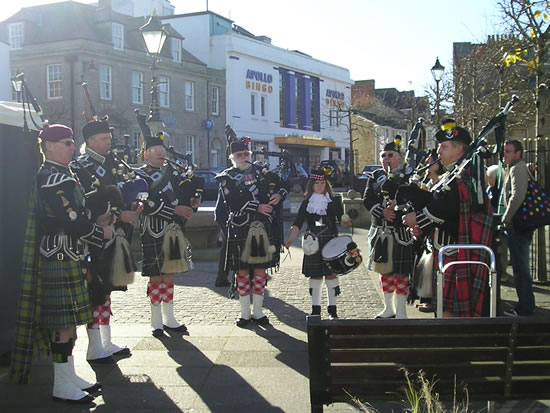 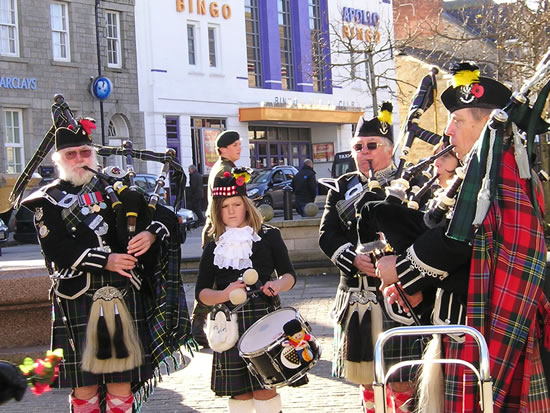 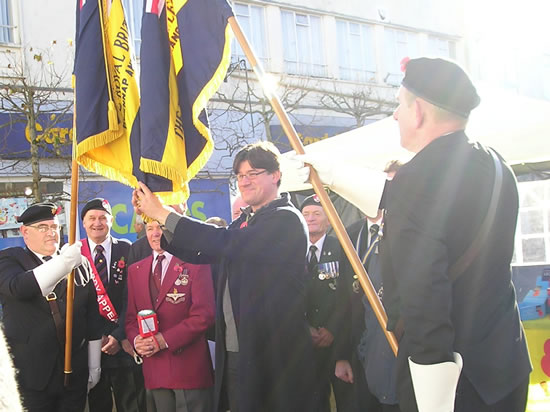 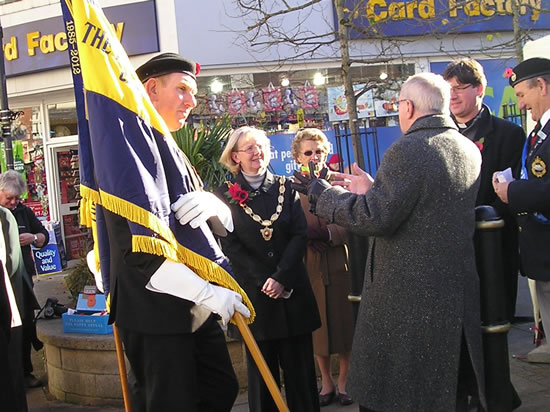 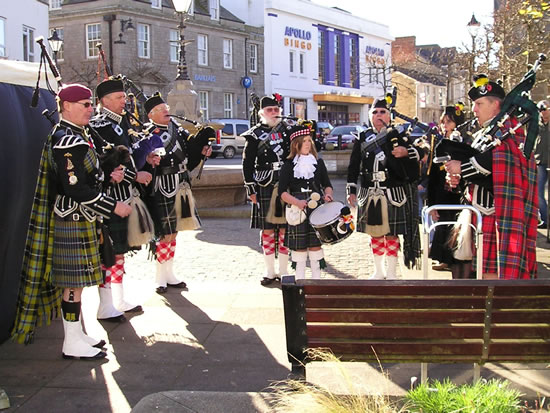 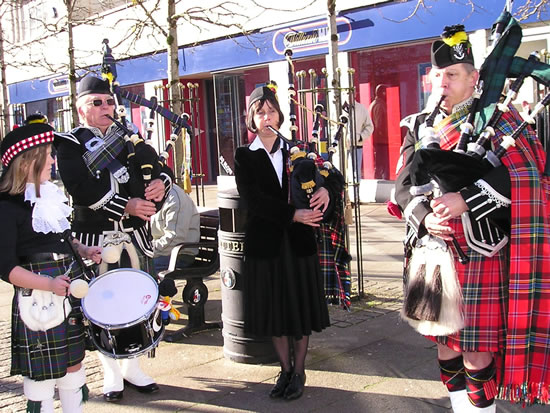 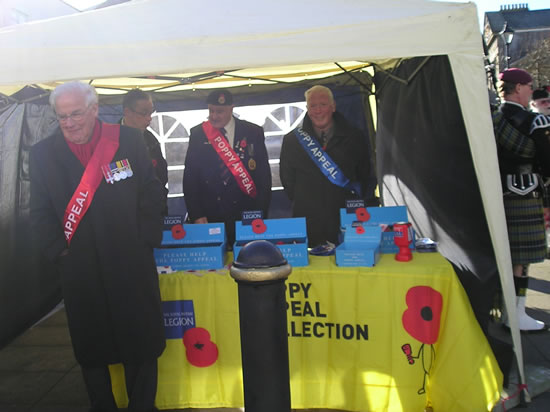 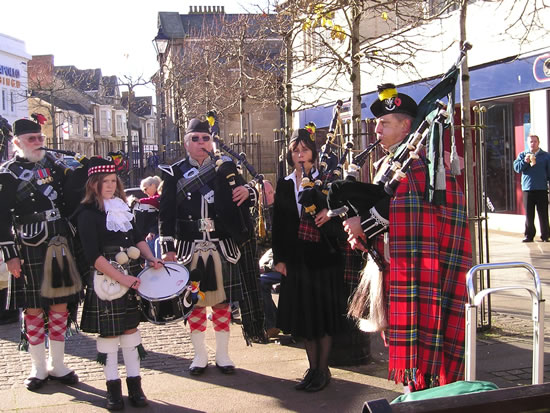 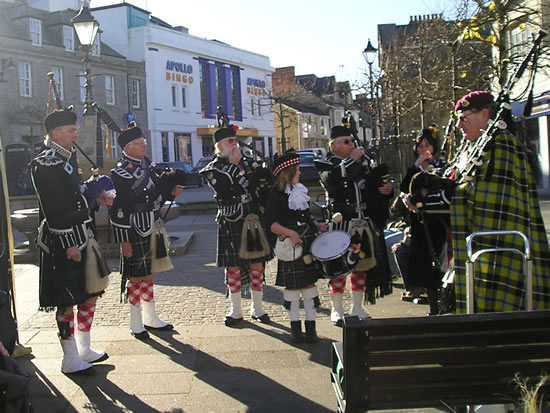 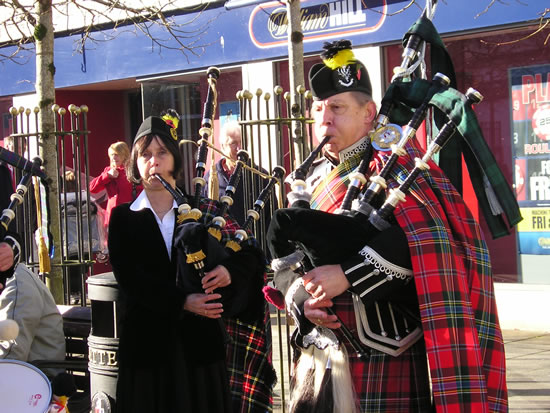 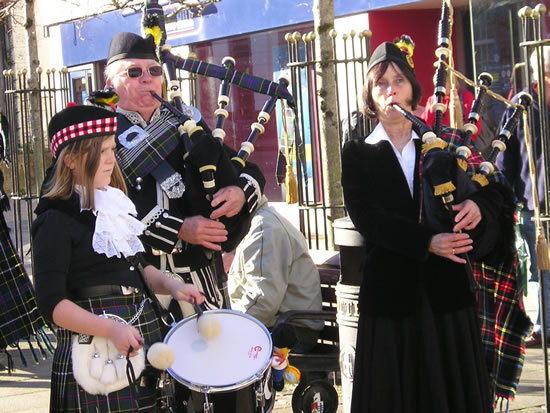 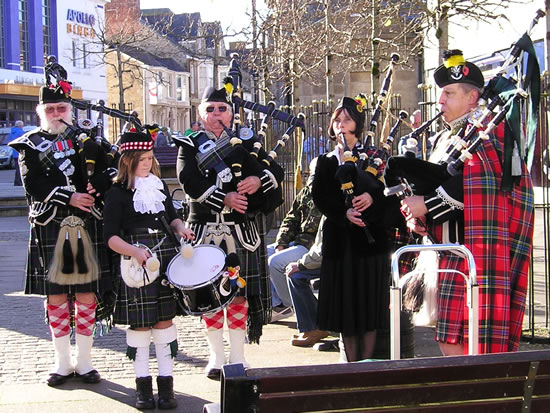 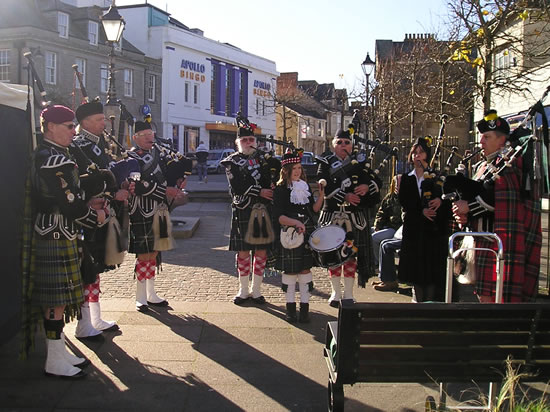 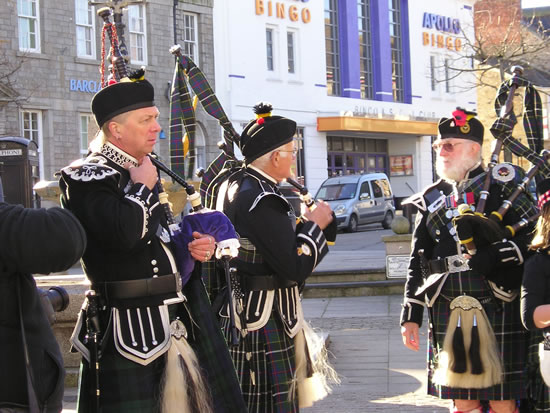 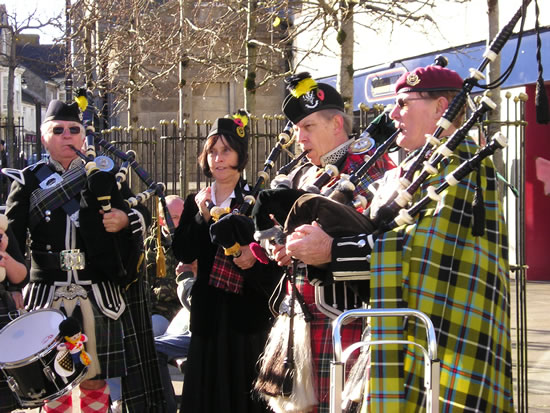 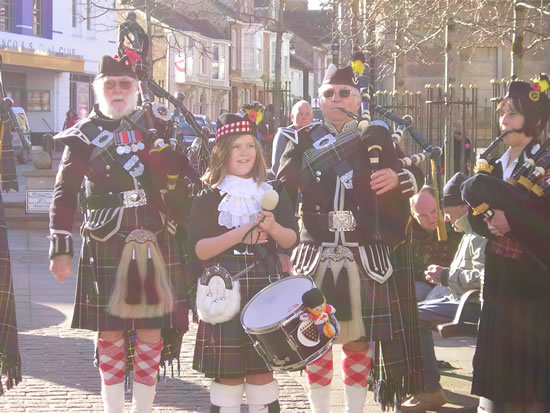 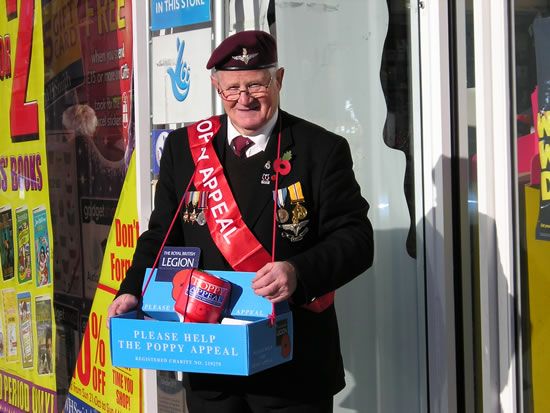 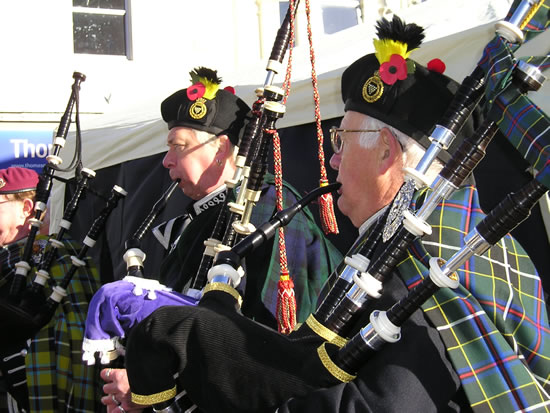 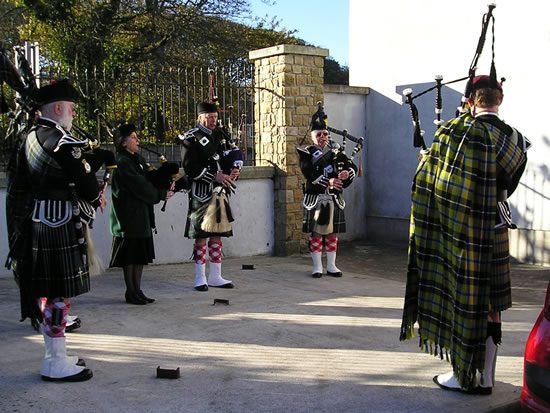 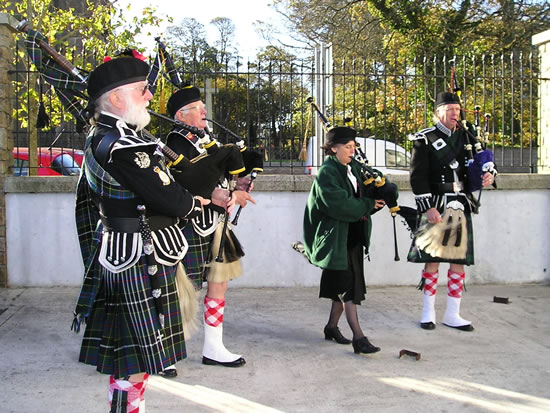 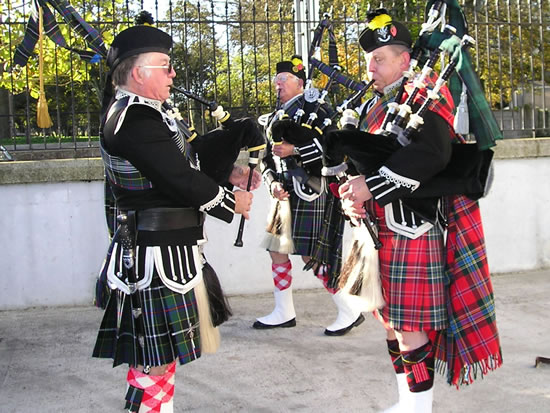 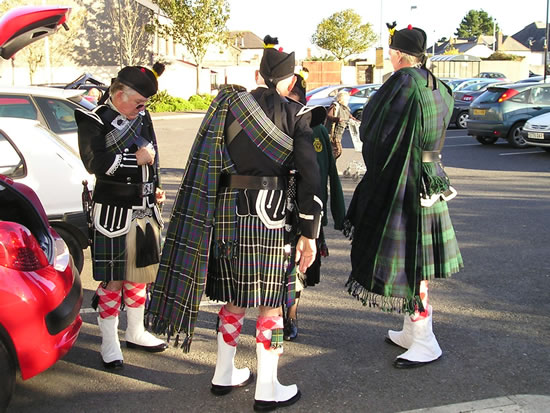