The Band members arrived and were parked on the South Quay by 9.10. Parking space was at a premium but spaces had been allocated to the members and they were soon in practice mode. The weather was good – a little breezy at times but sunny and dry although members had been advised to bring capes as rain was a possibility. The quayside was alive with visitors and various stalls and canvas shelters were being set up in preparation for a busy time. There was a packed programme of events which included the official opening by the Mayor of Newquay, lifeboats from Padstow and Newquay, RNLI Lifeguard demonstrations on Towan Beach, Search and Rescue, and an RA Parachute jump into the sea, to name but a few of the entertainments. For the day’s entertainment, music was provided by the Air Training Corps, the Midnight Ramblers, the Newquay Band and of course, Kernow Pipes and Drums!

By 10 am the Newquay Lions Club mini-bus was taking the members up to the start of the parade at Marcus Hill. It was a good turnout of 10 pipers and 5 drummers which included the welcome addition of a piper and drummer from the Caledonian Band. The Parade started on time at 10.30 and was well appreciated by the public on the way back to the Quayside.

It was a long road down through the busy town and they stopped awhile to play a medley of tunes outside the shops to a captive audience.

Back on the now packed Quayside after finishing off they took a welcome half hour’s break in the hot weather.

The next slot was 12 pm and they played for 20 minutes – the repertoire of music for the day included  – Three Slow Airs, Highland Cathedral, Tower Hill Dreams, Last of the Great Whales, Green Hills, When the Battle’s Oe’r, Scotland the Brave, Rowan Tree, Wings and Bonny Galloway. The ‘British Legion Set’ was also premiered which consisted of Pack up your Troubles, It’s a long way to Tipperary, and Keep the Home Fires Burning. This went down very well with the listening public, some of whom were heard to be singing joyfully along with the Band.

It was 1 pm and the Band’s part in the day’s proceedings was over and welcome Cornish Pasties were handed round.

Some said goodbye and had to go home to let their dogs out while others took up the offer of welcome refreshment at a member’s home. It had been another entertaining and interesting day’s engagement and the weather had been good for the duration. 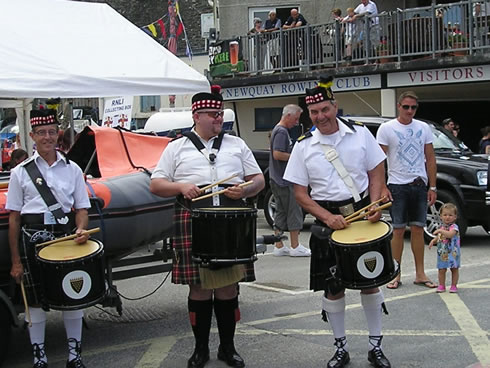 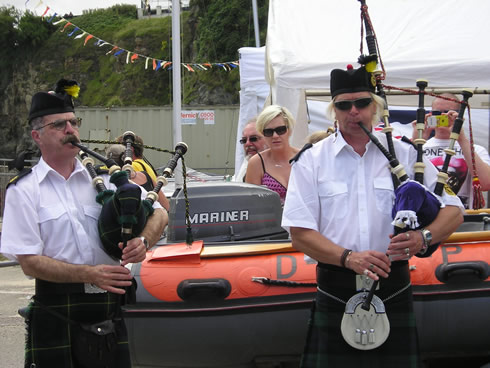 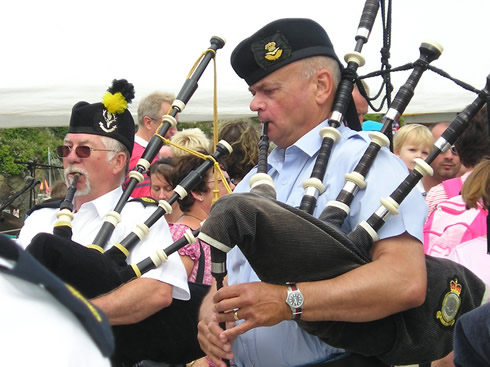 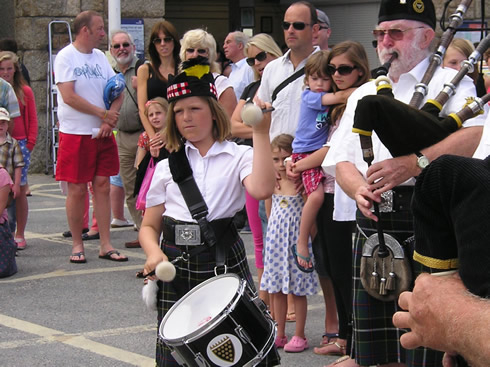 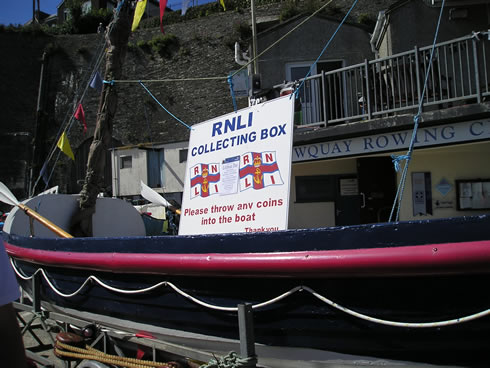 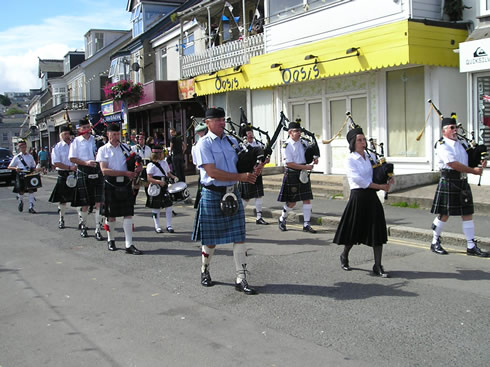 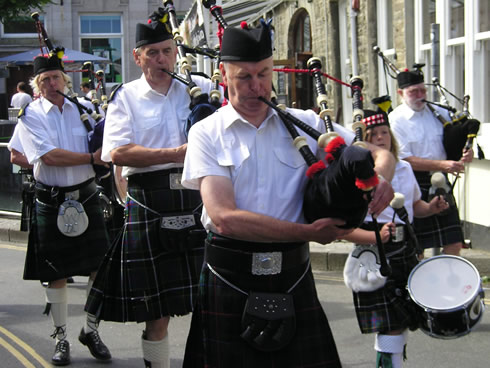 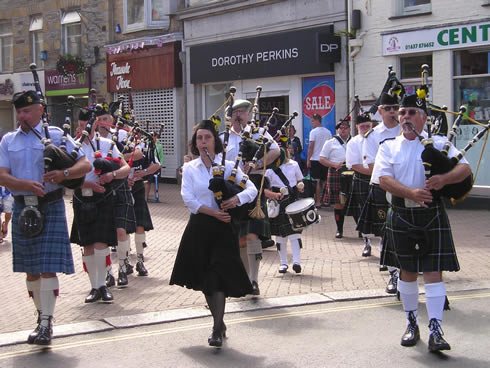 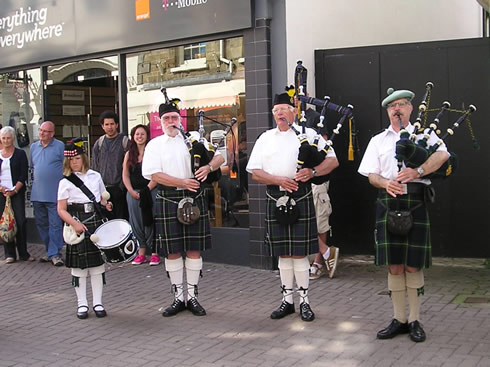 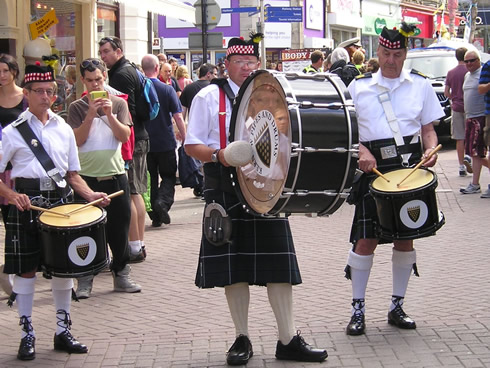 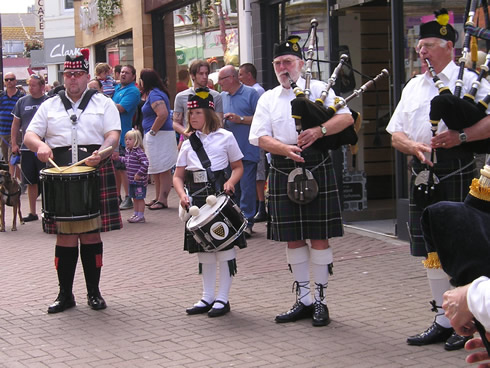 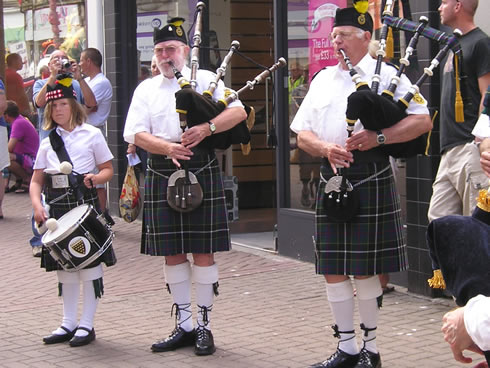 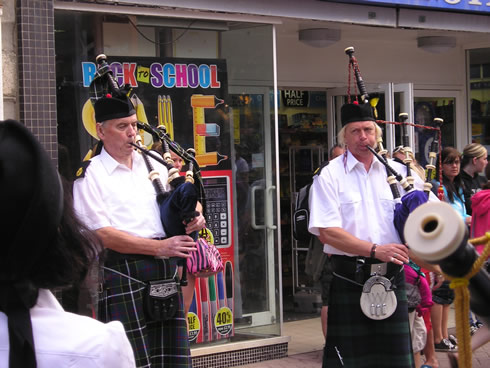 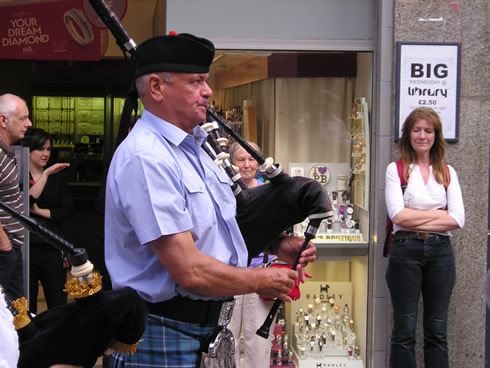 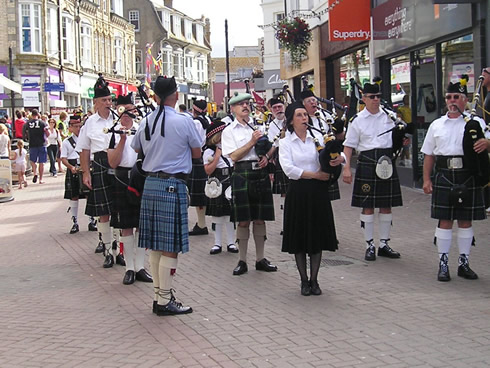 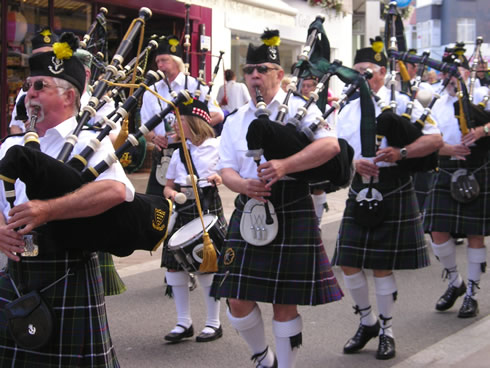 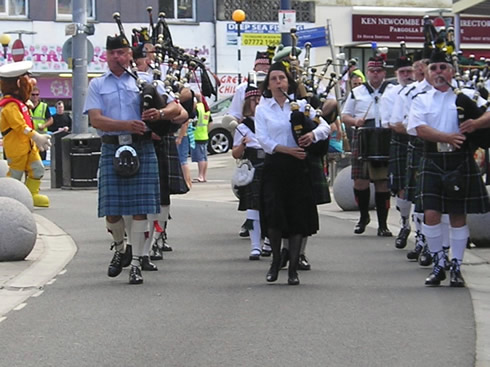 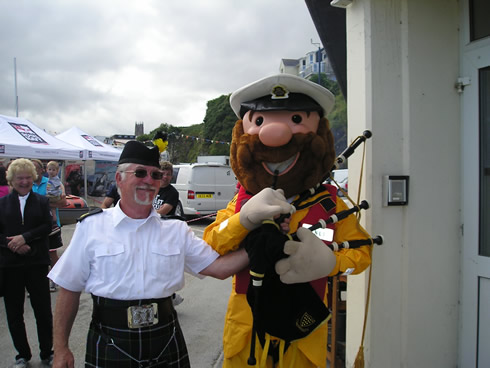 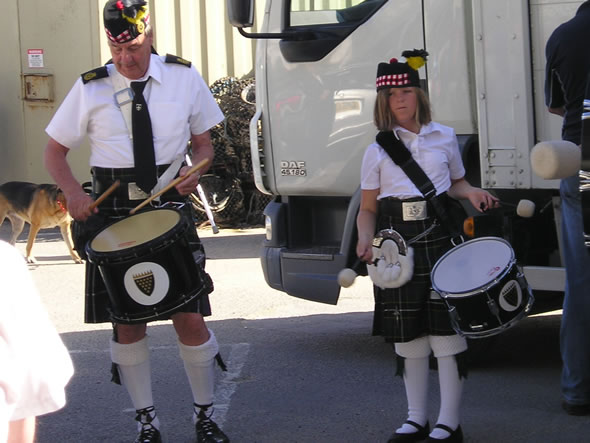 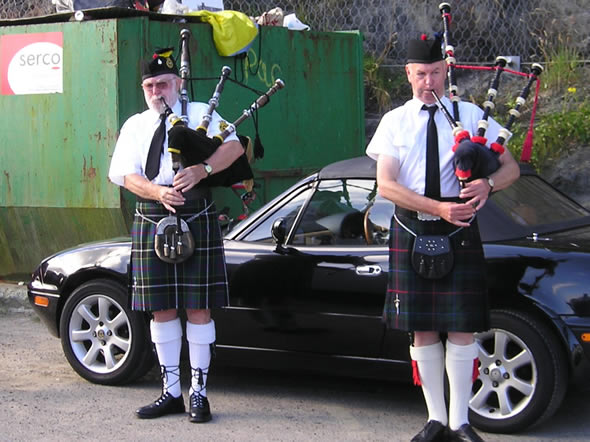 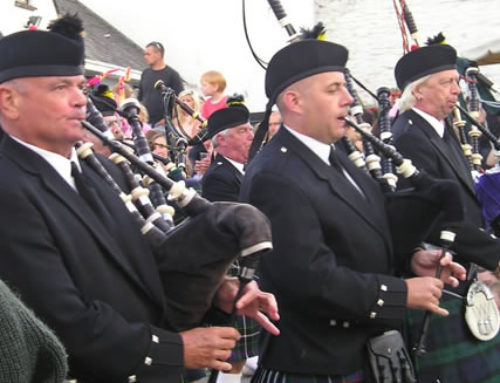 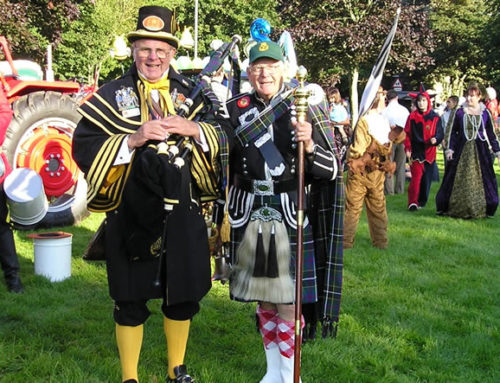 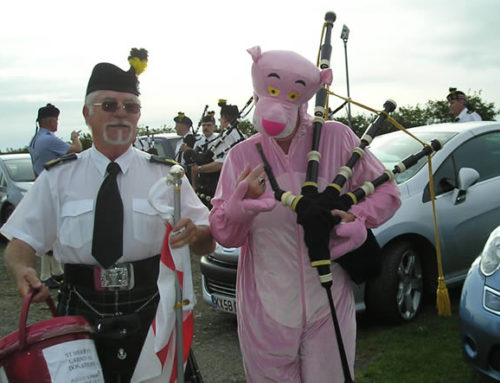