It was a lovely setting for a Band Social Gathering. Weather-wise it was cloudy and sunny on and off throughout the afternoon. When the sun went in the breeze was chilly but most of the time it was comfortable. There was a good turnout of 9 band members which with family members brought the numbers to 23. With good cheer and bonhomie and plenty of food and drink the afternoon was an outstanding success.  Some brought their own picnics while others used throw-away barbeques to cook beef burgers, kebabs and sausages to enjoy with their salad and rolls.

As the afternoon socialising progressed, the pipes were brought out and the sound of their music filling the atmospheric setting of the ancient quarry was magical! Included in the playing was the 3 Slow Airs, Highland Cathedral and a selection of tunes played by the Waddington Band from Nigel. A fast Jig was played by one soloist and Abide With Me was played by another. A valiant attempt was made in the playing of the new band set of World War II songs.

Walkers with their dogs came in to listen, sitting on the  raised grass seating of the amphitheatre and of course the rain kept away for the duration. It had been a very enjoyable get together! 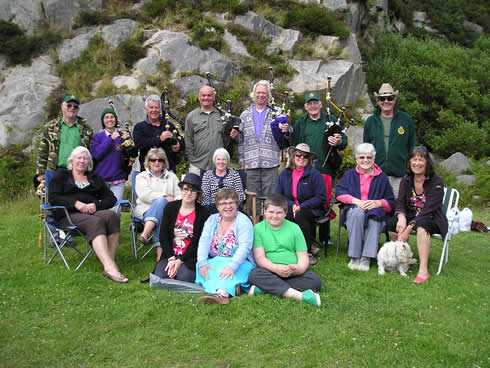 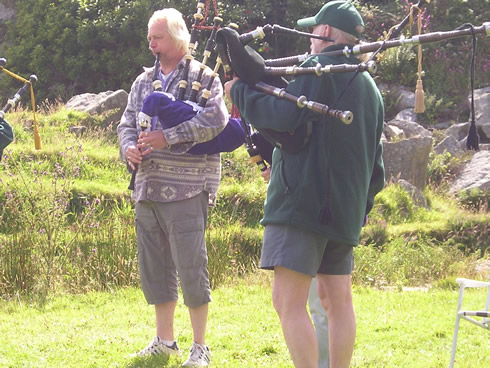 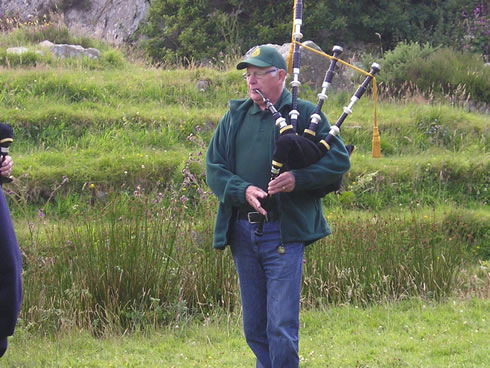 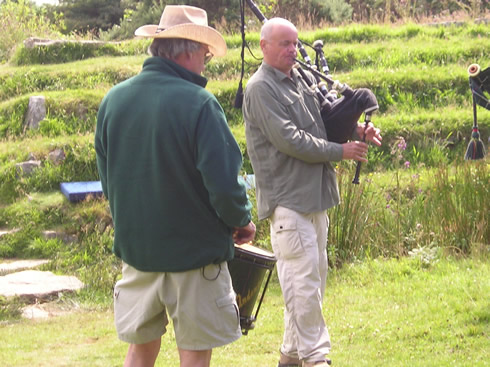 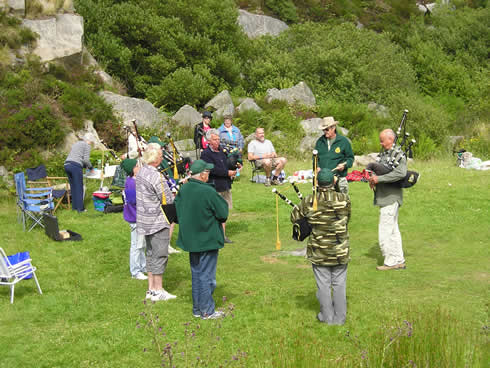 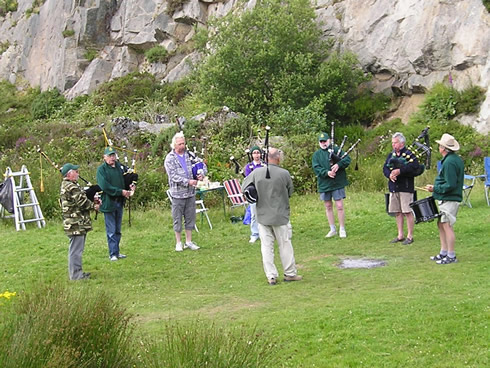 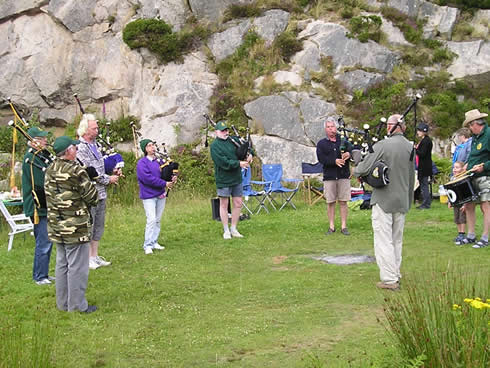 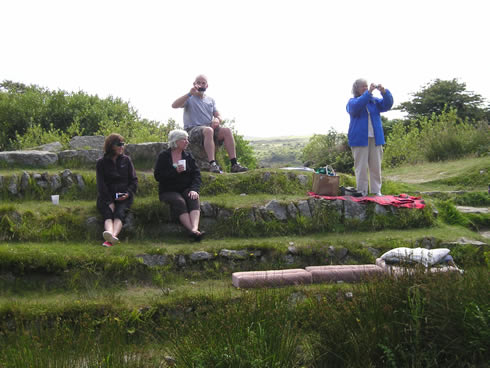 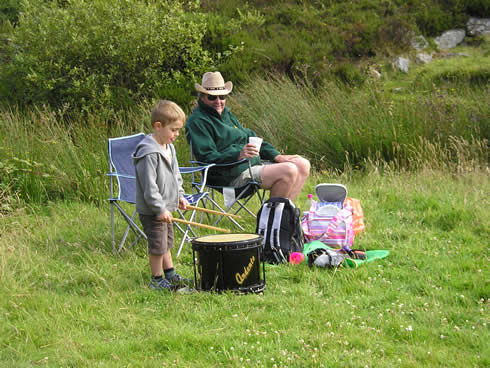 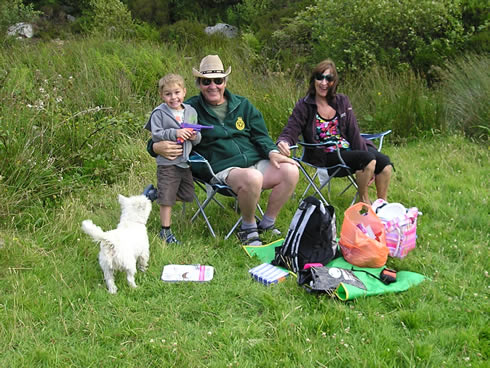 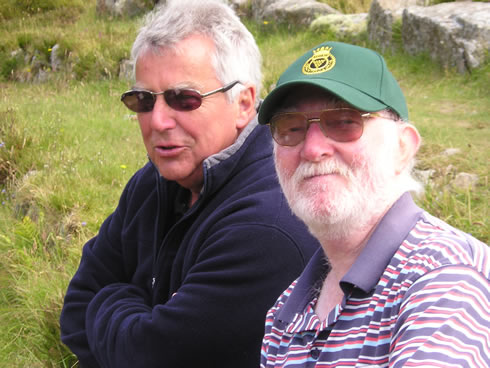 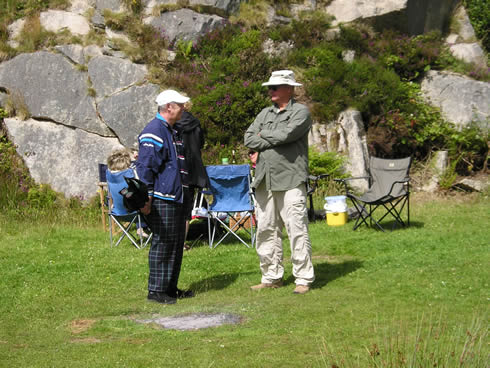 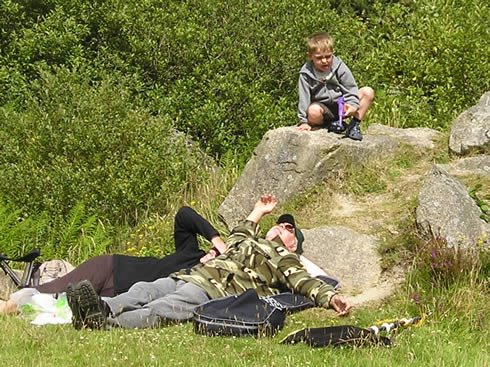 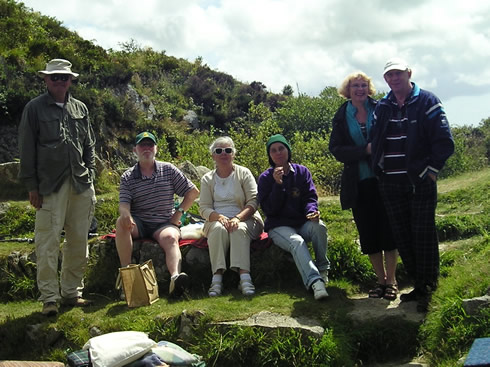 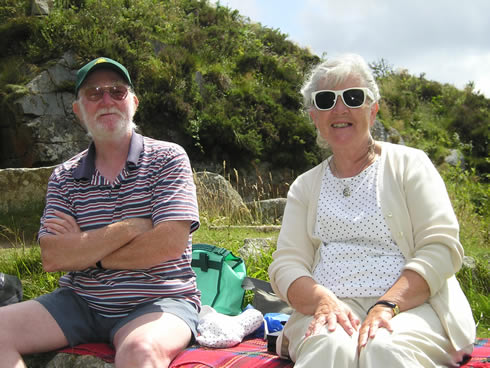 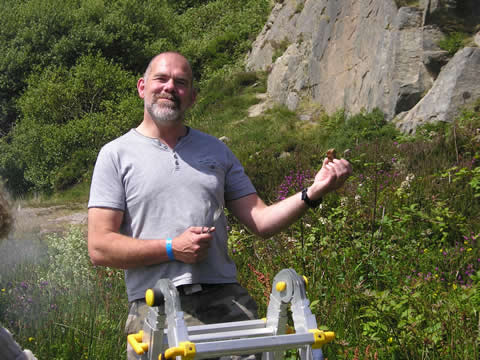 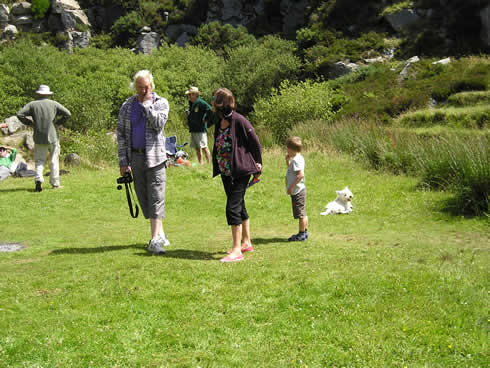 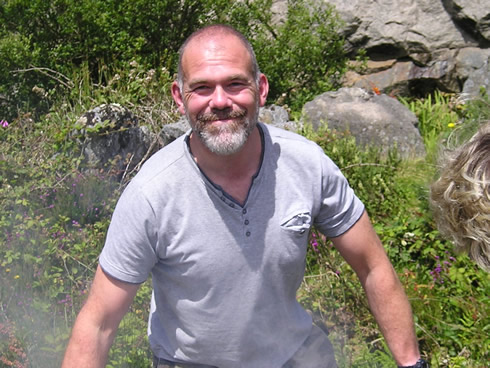 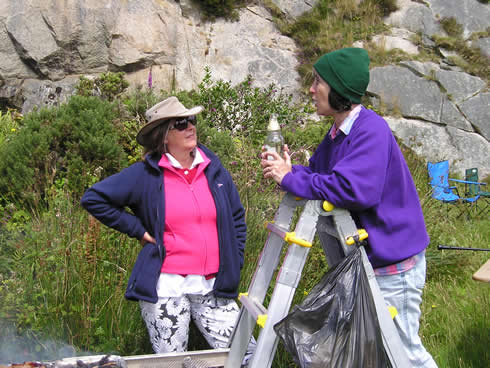 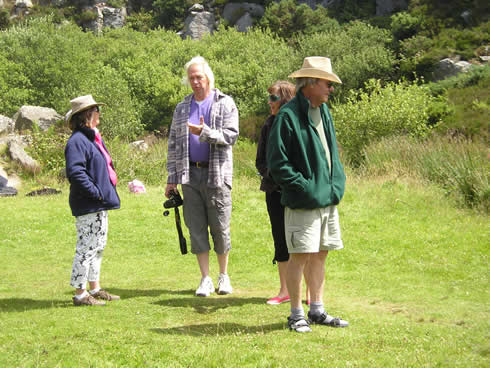 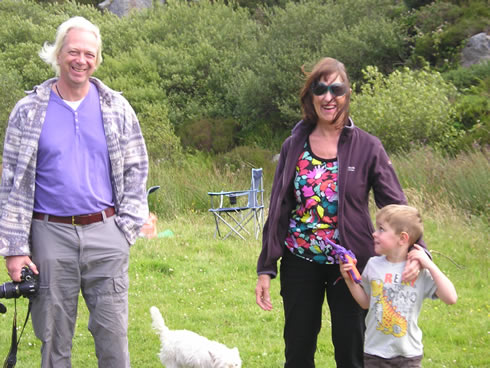 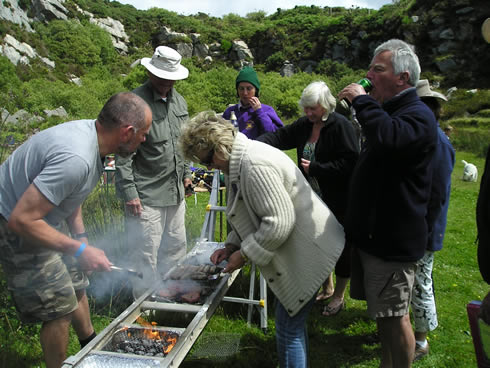