The weather from the outset was bitterly cold caused by the incessant wind and the morning sky looked moody with changing grey and black clouds. But the mood was a positive one as the eight pipers and four drummers met for a ‘warm up’ in the Council car park. The venue was Camborne, the appropriate setting for Trevithick Day, named after Richard Trevithick who test ran his first steam engine through Camborne.  The Town has a nostalgic history of tin mining and tin mines which made much use of the steam engines for powering engine houses and pumps to remove water from the mines.

Dress was No 2s with capes and the first heavy shower happened as the Members practised, but the rain had stopped by the time they walked down to the start of their parade at 10.00 hours. Numerous stall holders and fast food outlets lined the pavements and the gigantic steam engines were much in evidence as they paraded along the roads. The town was becoming busy with families as they came to enjoy the celebrations.

10.00 and the Kernow Band marched down to the Town Centre and half way through met a heavy downpour before stopping in the Fountain Square where they played for half an hour before the Camborne Town Band led the long procession of young dancing Bal Maidens and Miners along the main street. After the next heavy rain shower the Members were offered some welcome shelter on a covered stage, previously used by the Holman Climax Male Voice Choir, which came as a great relief.  The rain had stopped by 10.45 and the Square again filled with onlookers who took photos and cheered and clapped in appreciation of the music of the pipes and drums. The Pipe Major stopped and spoke briefly, introducing the Kernow Band to the watching crowd.

11.00 hours and the Band retired to Wetherspoons for refreshment while outside in the cold wind the sun shone brightly on the now quite crowded town. By 12.00 hours the Members had arrived outside Costa Coffee on the Crossroads and were preparing for their second playing. The rain had stopped, but the skies were overcast and the cold wind played havoc with capes and made frozen fingers on the pipes. The public stopped to listen and were vocal in their appreciation and in their clapping. At 13.00 hours the Pipe Major brought the music to a stop and dismissed the Band who went for refreshment and home for warmth. 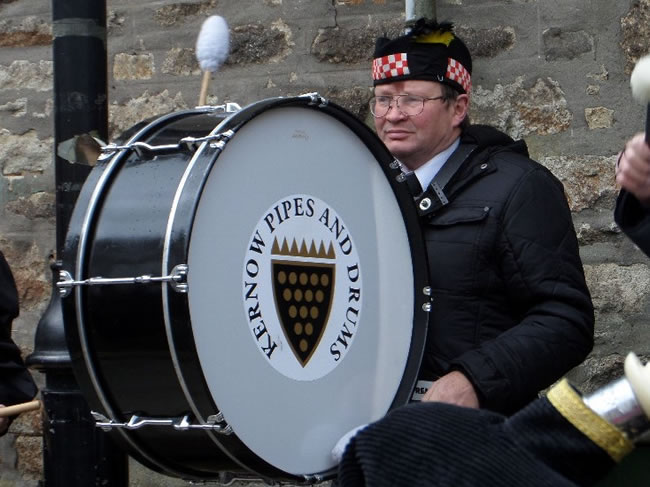 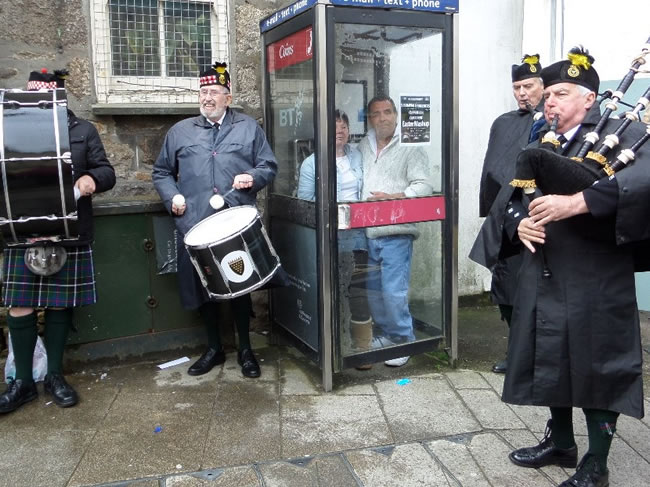 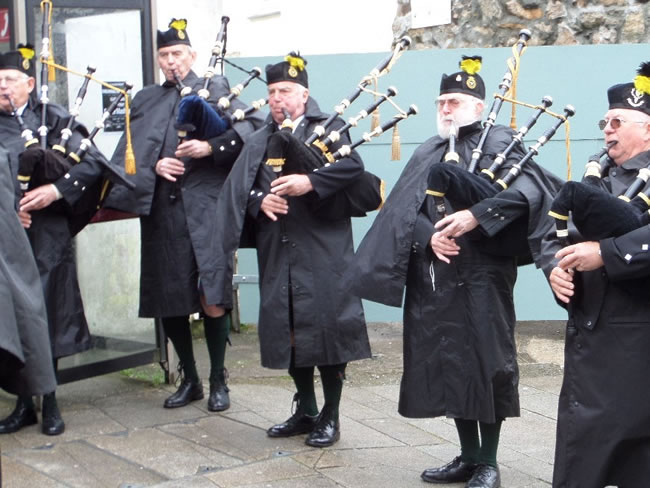 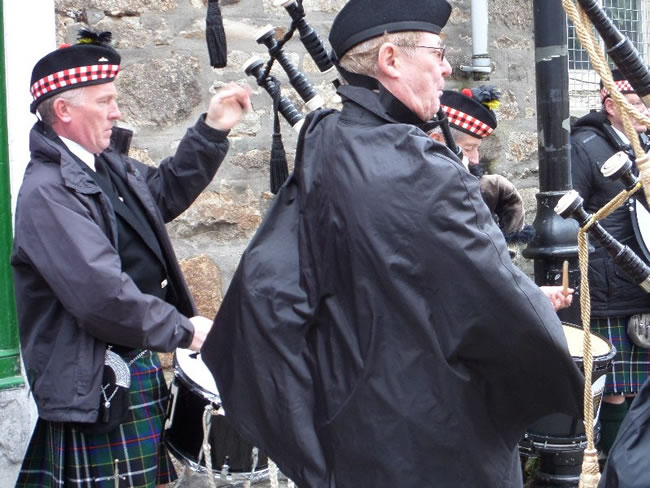 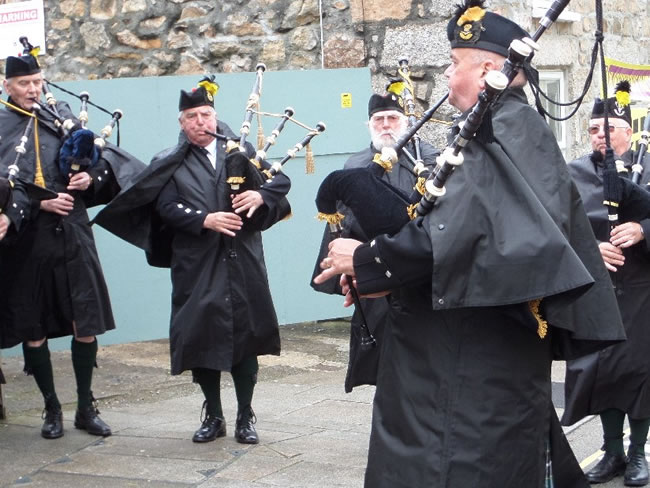 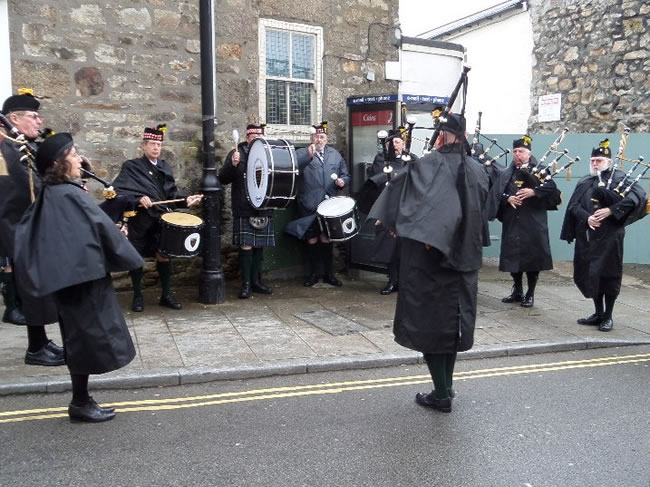 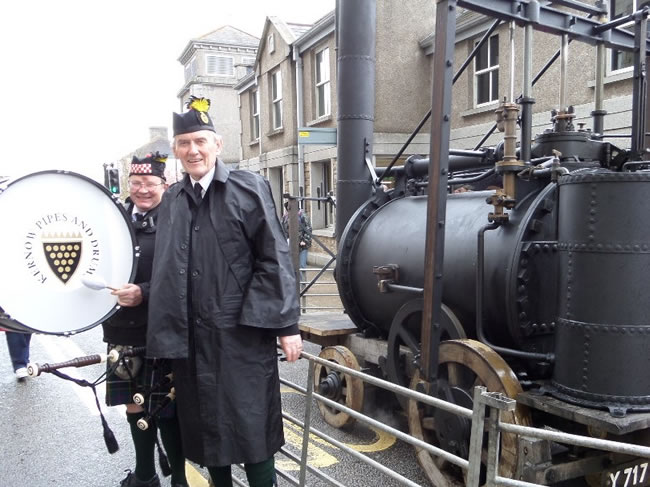 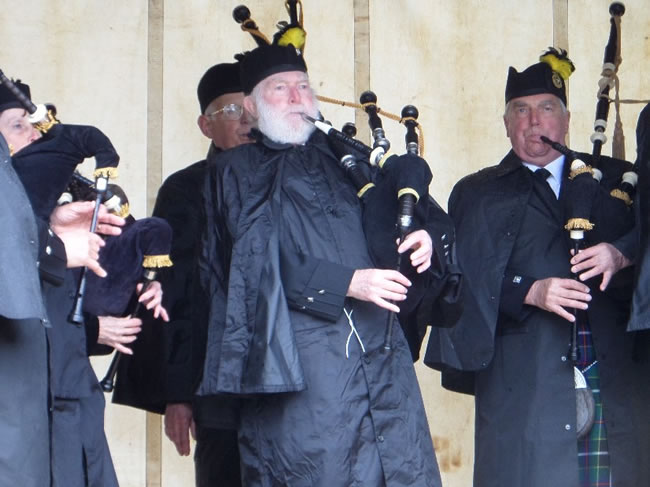 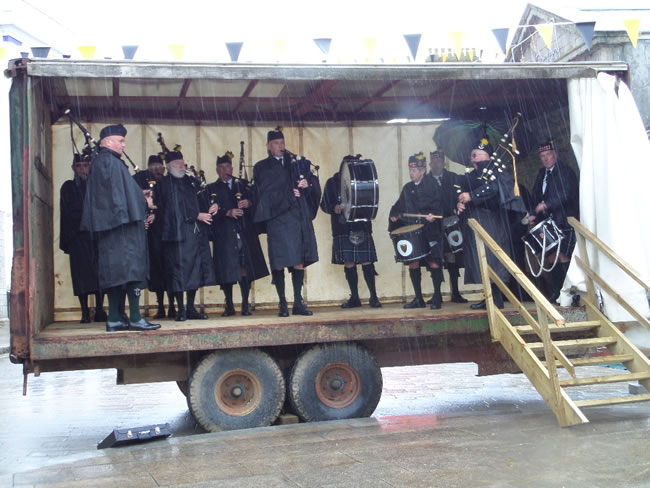 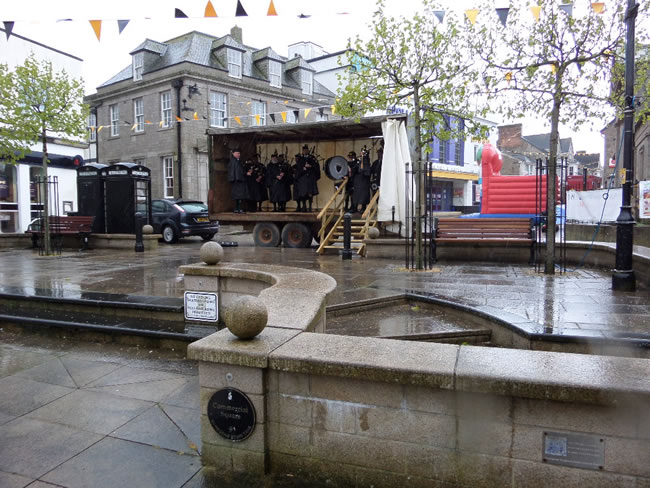 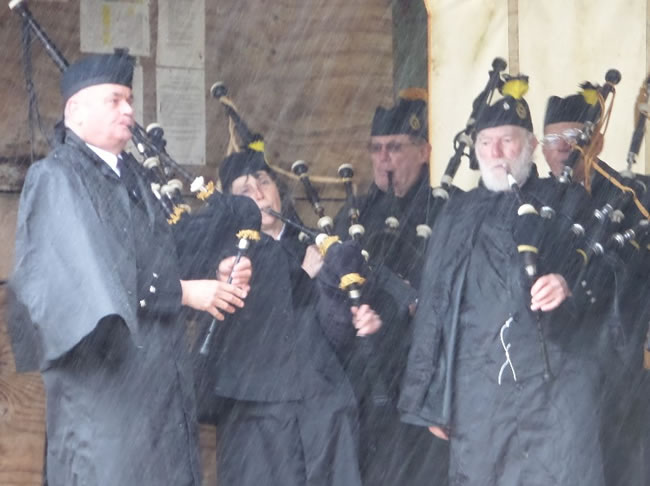 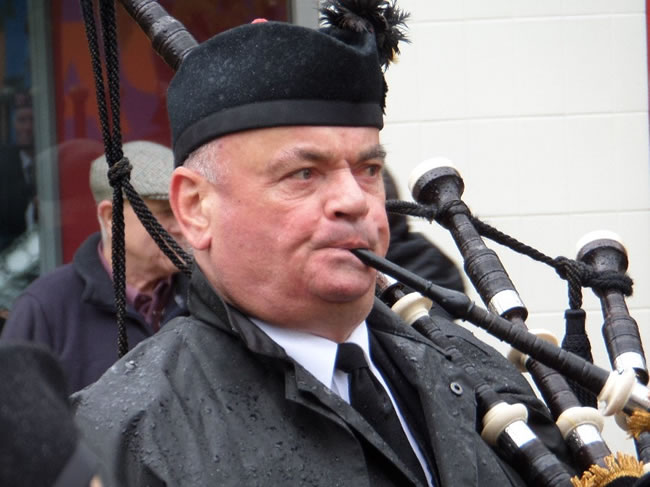 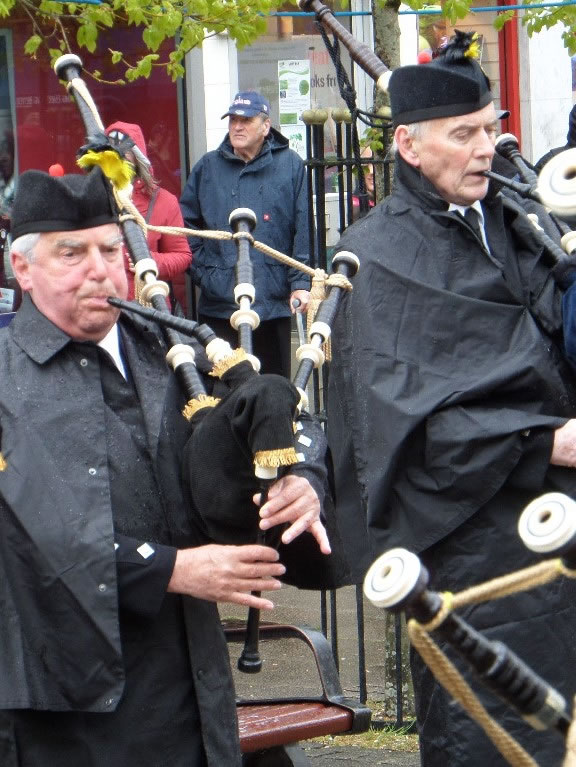 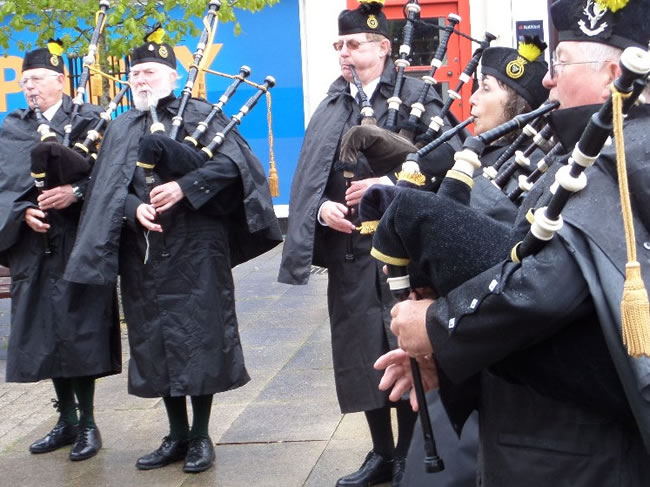 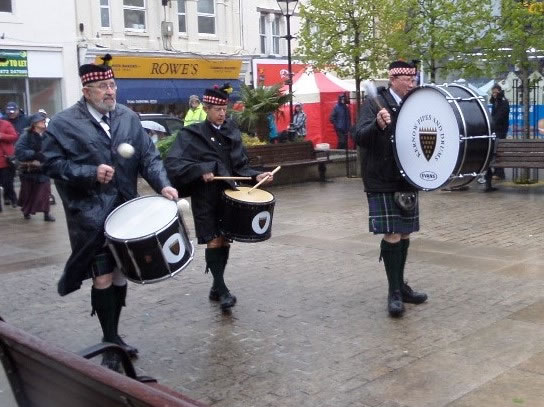 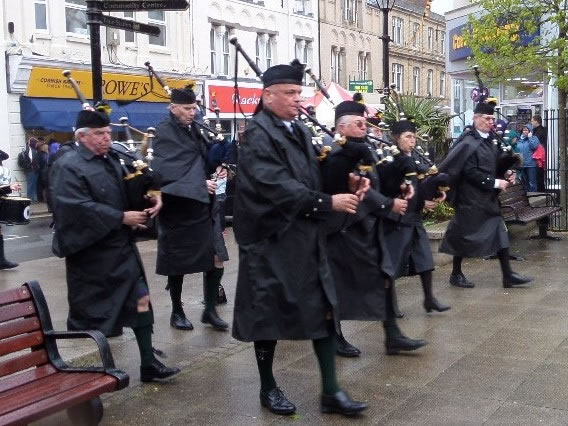 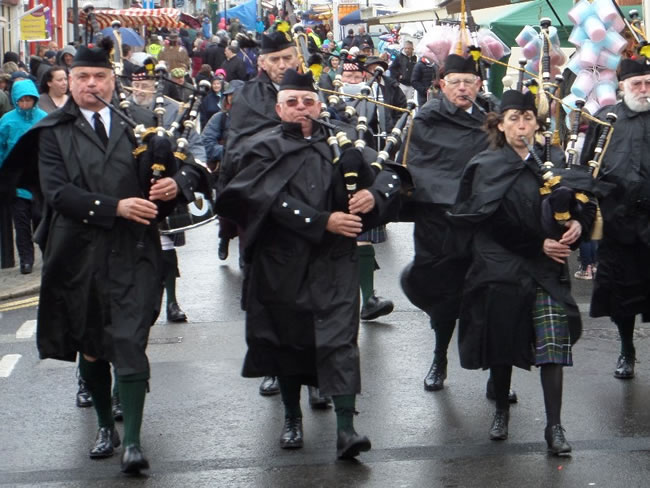 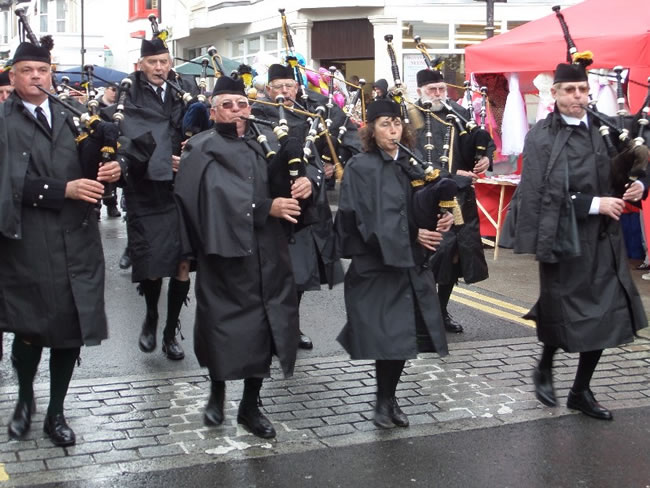 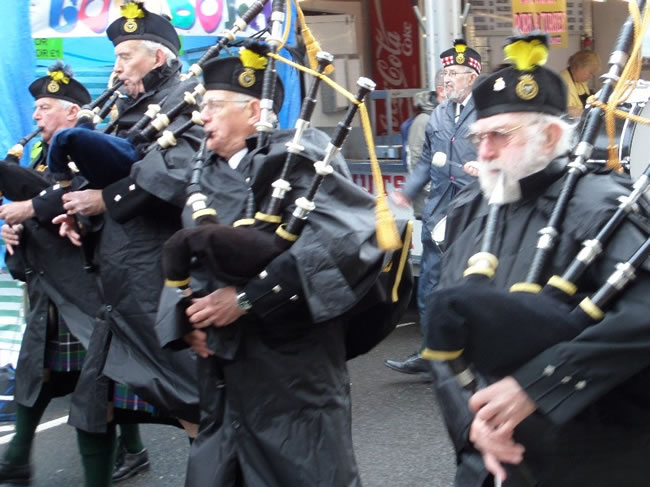 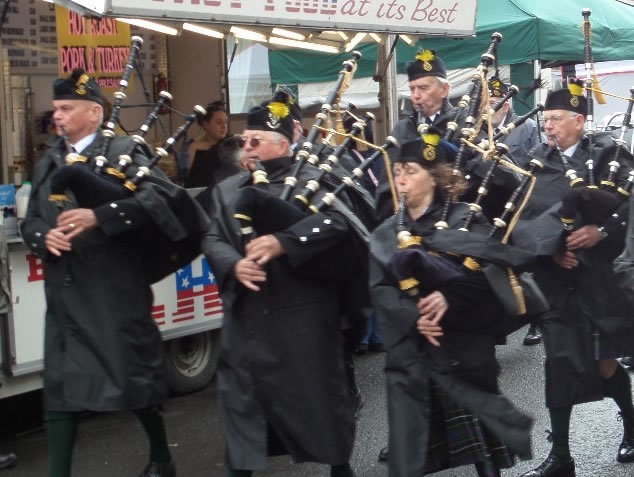 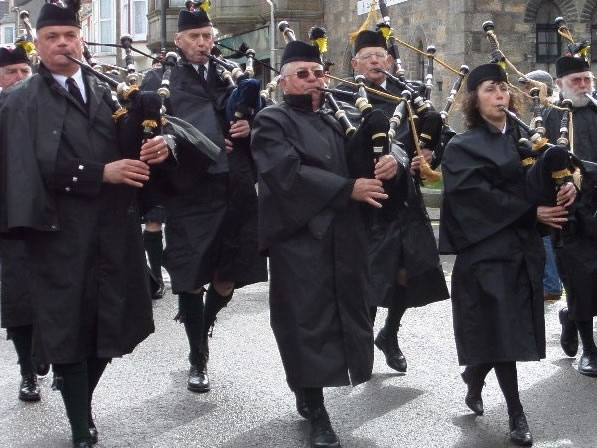 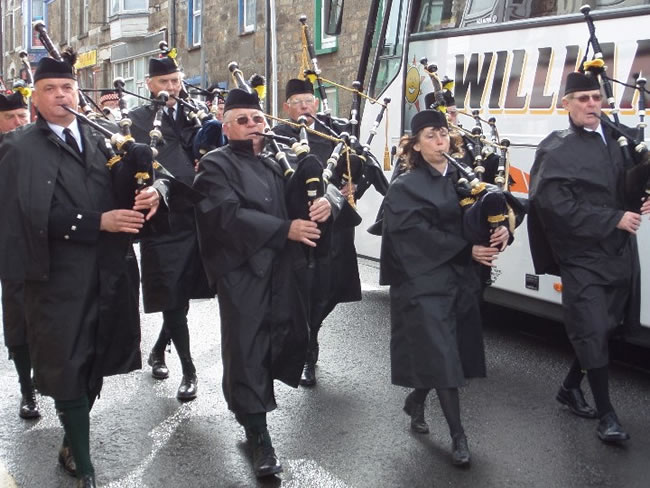 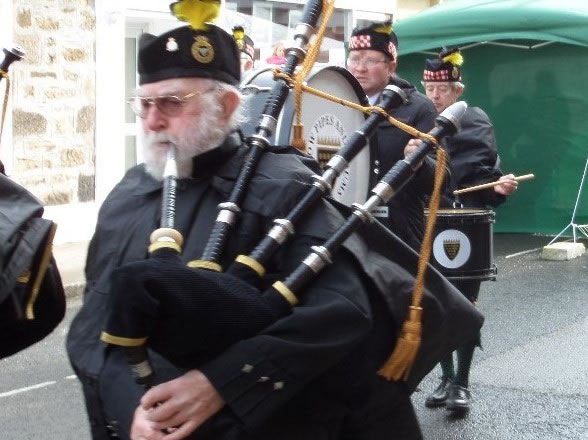 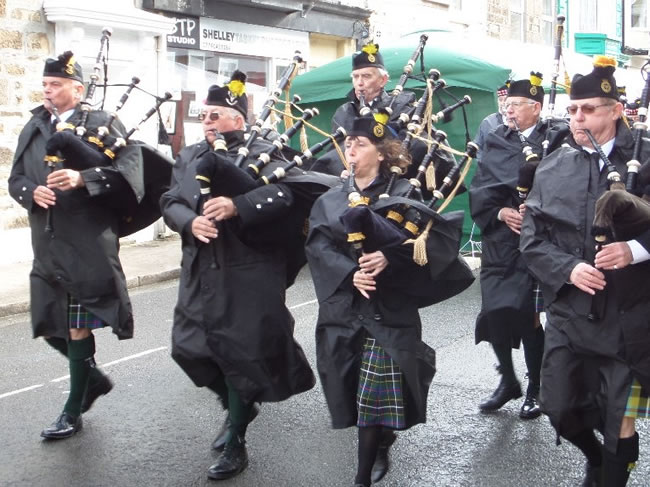 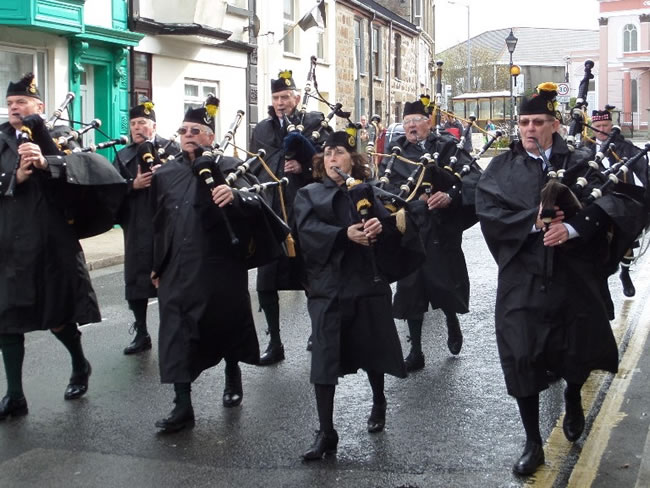 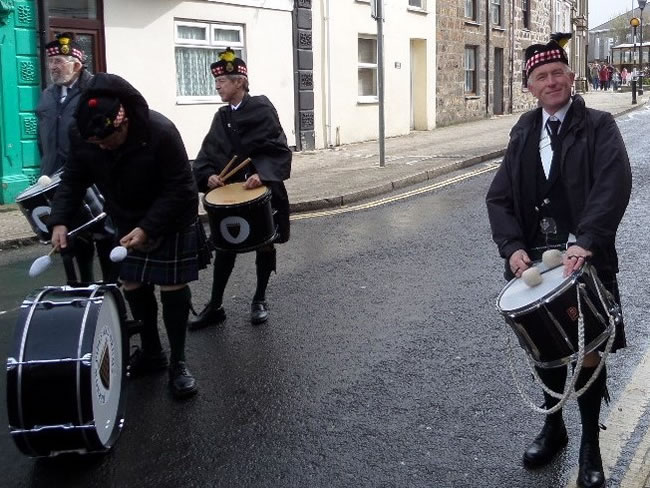 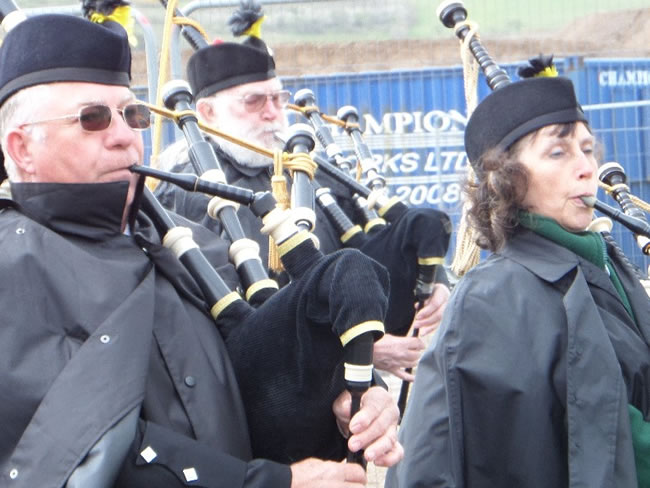 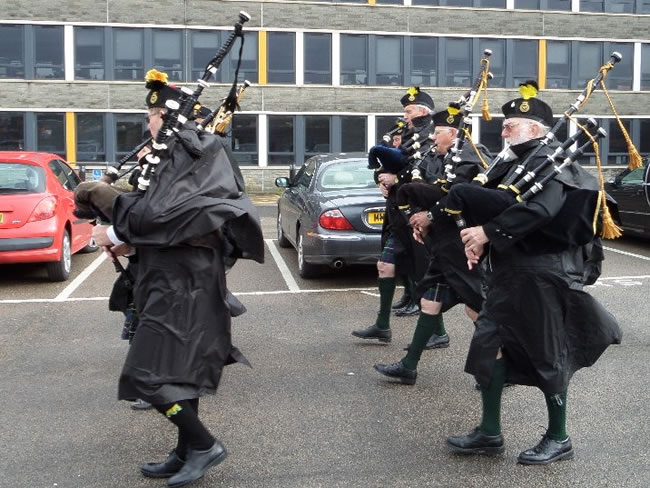 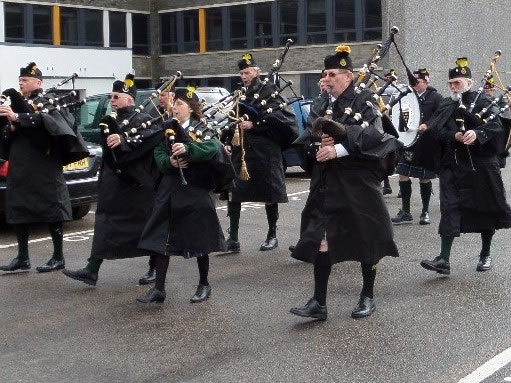