There were grey skies and a misty drizzle in the air as the Band Members met at 9 am at a Piper’s house ready to be transported in just three cars to St Michael’s Church near the Town Centre. After a tune-up in the small car park at 10.00 hours there was time for a relaxing coffee before the march off at 11.00 hours. Dress code was Day Dress with jackets and the day was turning dry though still cloudy. At the appointed time the Band assembled along with the rest of the parade which of course included the Lifeboat Collection Boat with their attending larger than life, jolly, yellow-clad mascot.

Fifteen minutes later with the Town Crier still absent the Organisers decided the Parade should start. The main street was packed and it took half an hour for the procession to reach the steep hill down on to the Quay, having stopped once and formed a circle to play Highland Cathedral then reforming and marching on again to Scotland the Brave. The weather was warming up with the occasional glimpse of sunshine. The Band inched their way along the crowded quayside to the pier end to play for a further fifteen minutes. The crowds clapped in their appreciation and the Band had a break for lunch which included free pasties kindly put on by the Organisers.

The day had a very full programme of entertainment for everyone which included Newquay Lifeboats Launch, Padstow Lifeboat arrival and continuing lifeboat activities in the water, a Rock Rescue, Sandcastle Competition and Titan the Robot to name but a few. There were also numerous static displays and refreshments and stalls. It was delightful to have an occasional glimpse of Newquay’s resident grey seal, Sammy who paid a prolonged visit to the Harbour. Tunes played during the morning included – Highland Cathedral, Last of the Great Whales, Dark Isle, Green Hills/Battles O’er, Scotland the Brave/Rowan Tree/Wings/Bonny Galloway, Scotland the Brave/Mairi’s Wedding, Waters of Kylesku/Skye Boat/Morag of Dunvegan, Cockney Jocks/Rainbow Country/Bluebells of Scotland, The High Road to Gairloch, Murdo’s Wedding, The Bonnie Lass of Fyvie.

The final band slot was 13.00 hours and again the Band went to the end of the pier and played for a half hour to much appreciation and hand clapping from the public. The Band was dismissed and the Pipe Major spent a few minutes talking to the Members before the Lions Club Bus arrived to convey them back up to the car park. It had been an enjoyable morning in a lovely holiday atmosphere and the weather had picked up a little in spite of the grey start. It was then back to Nigel and Deller’s home for a wonderful cream tea and a large selection of home made cakes. The next two hours were spent in good company, easy conversation and wonderful food! 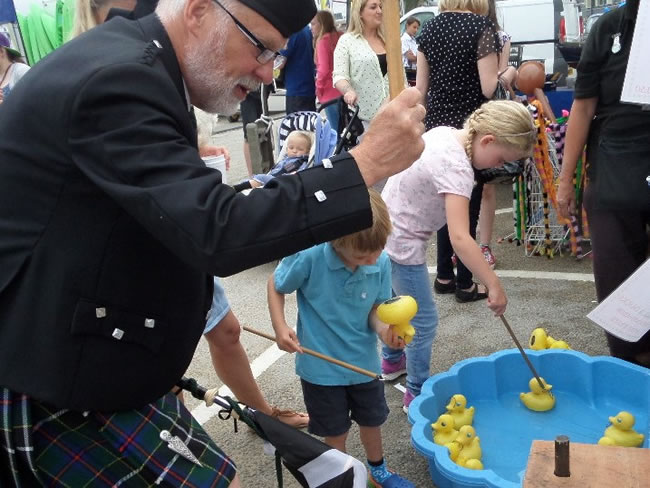 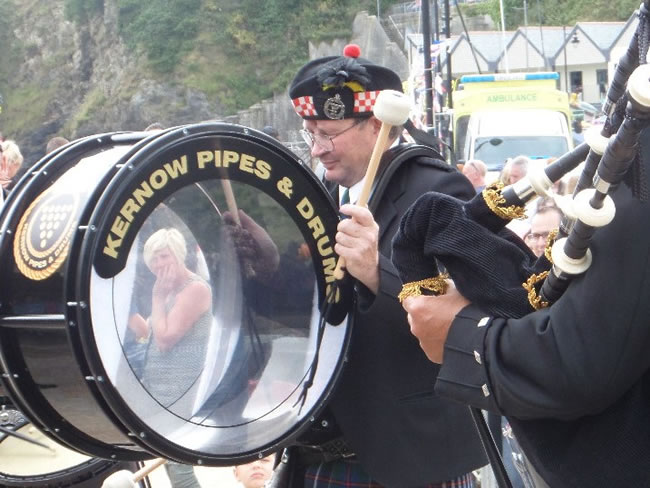 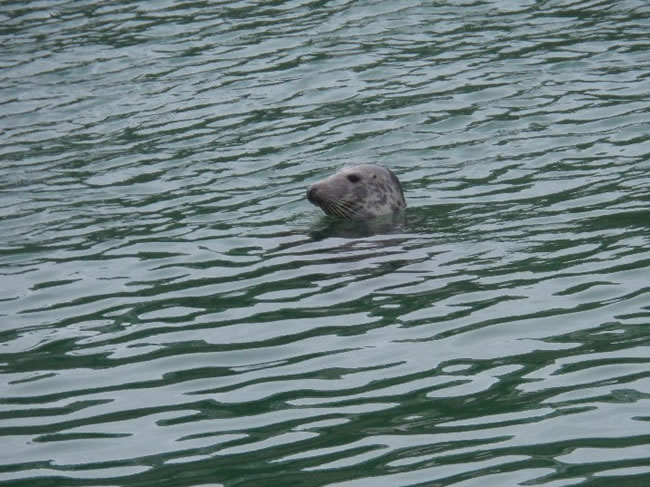 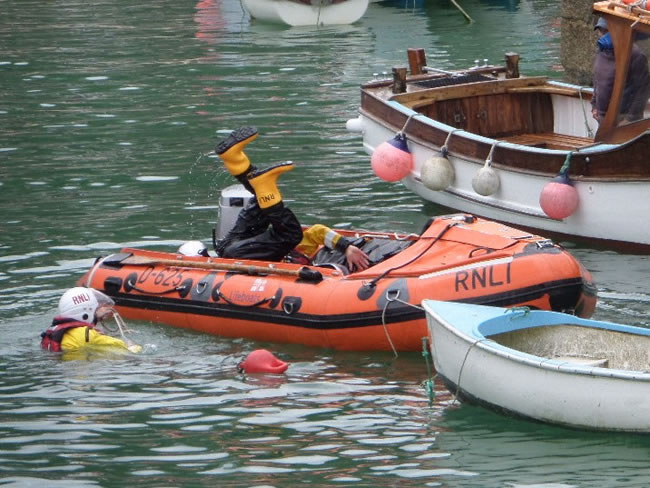 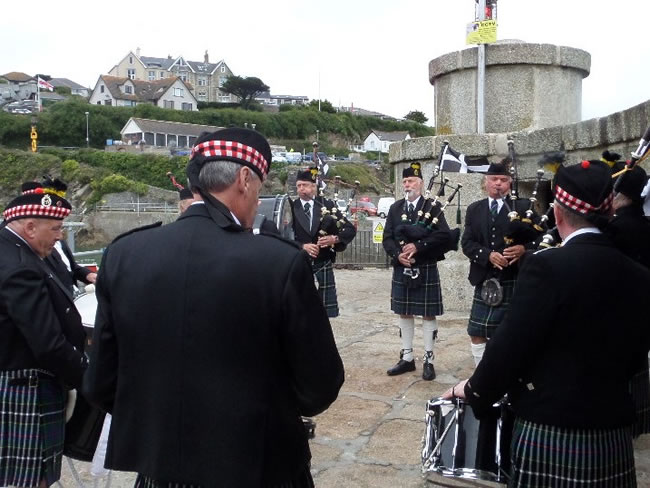 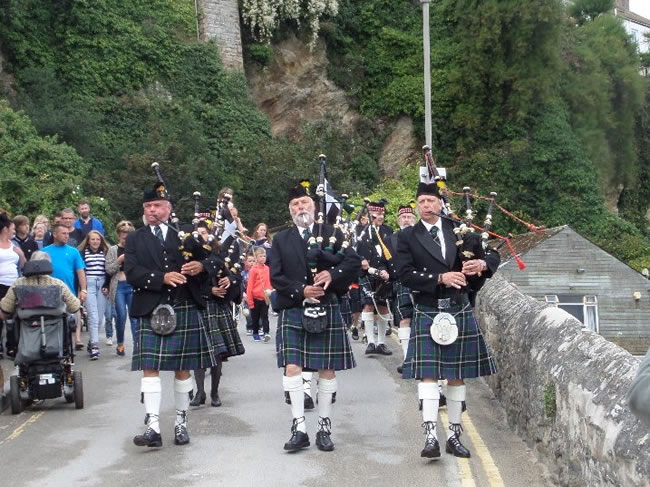 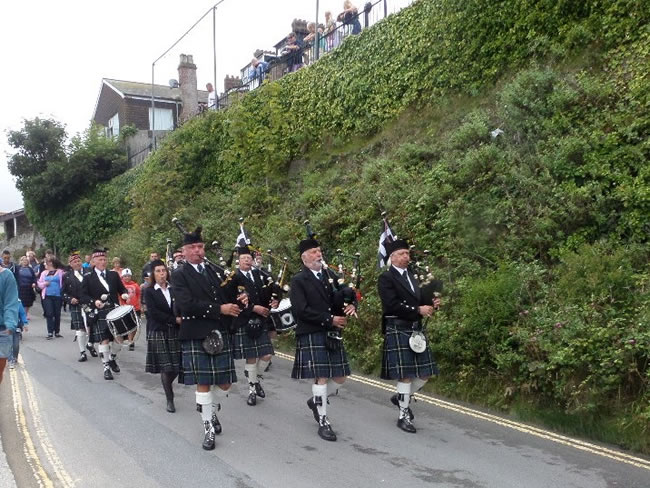 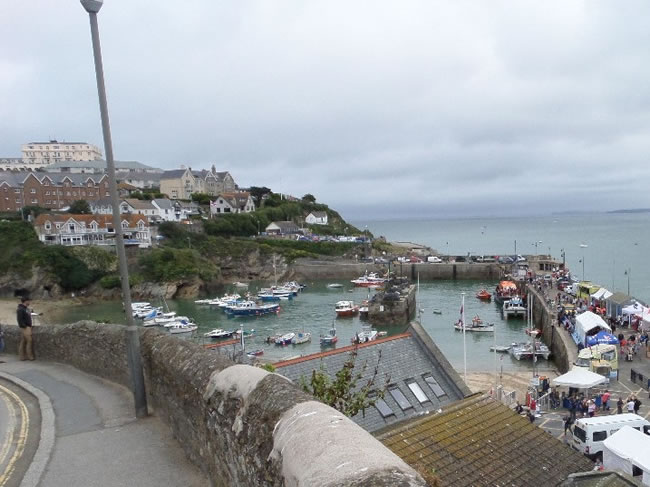 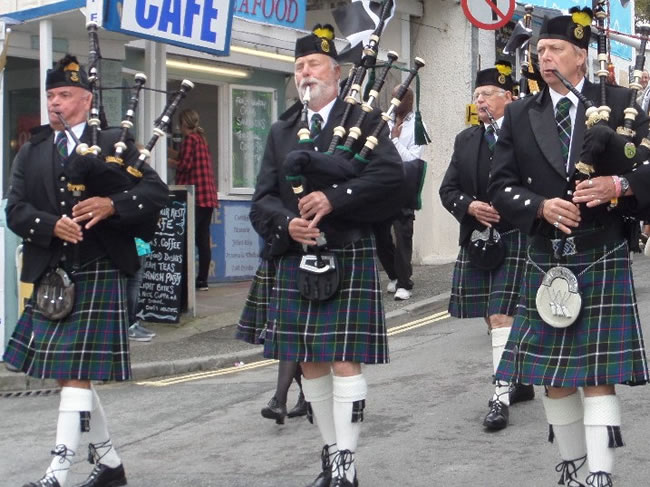 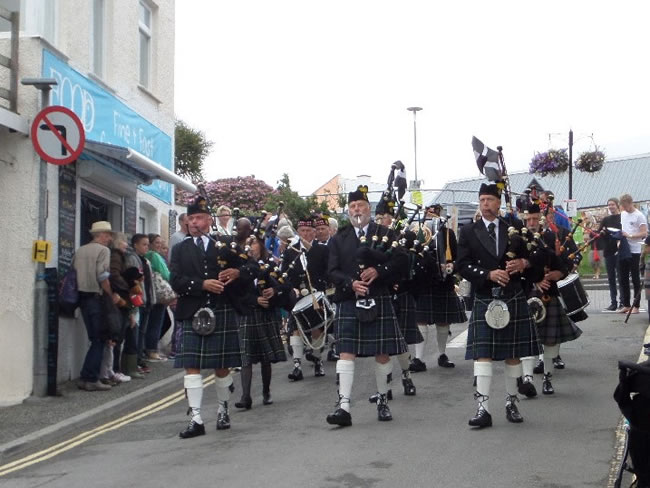 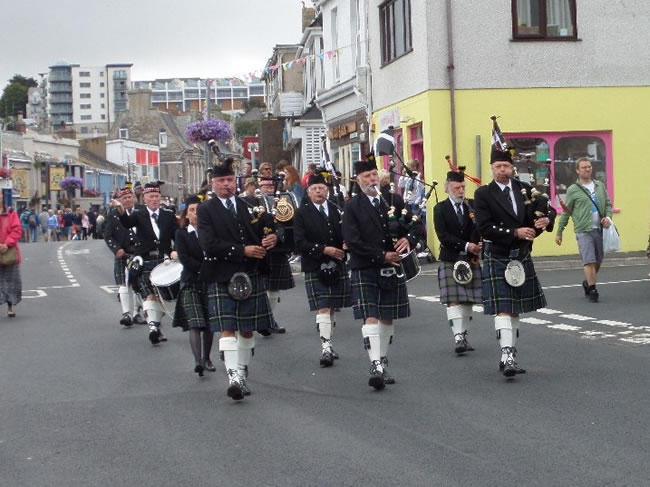 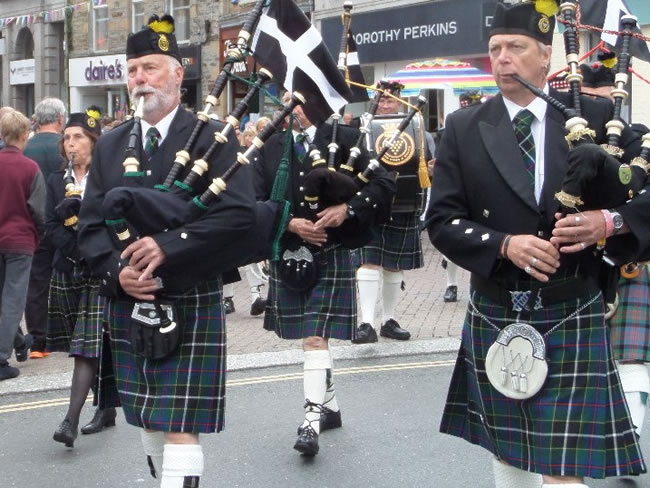 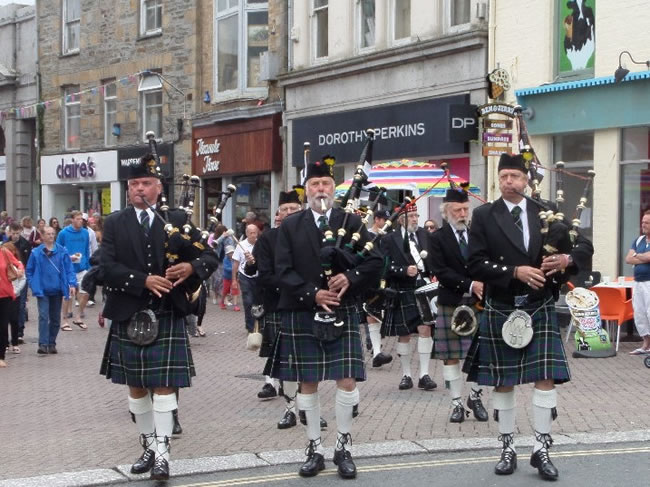 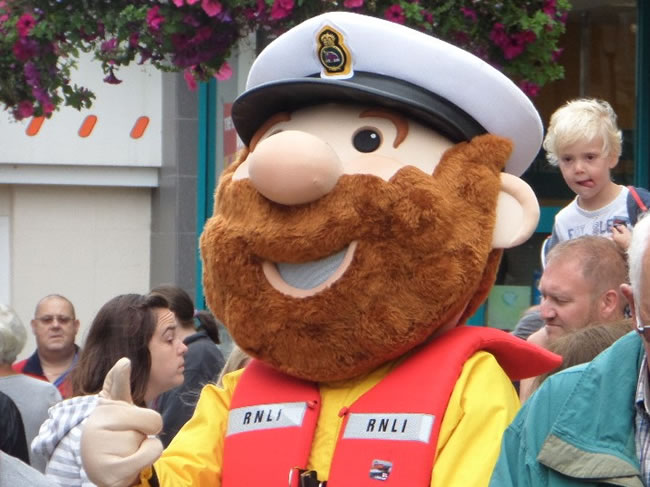 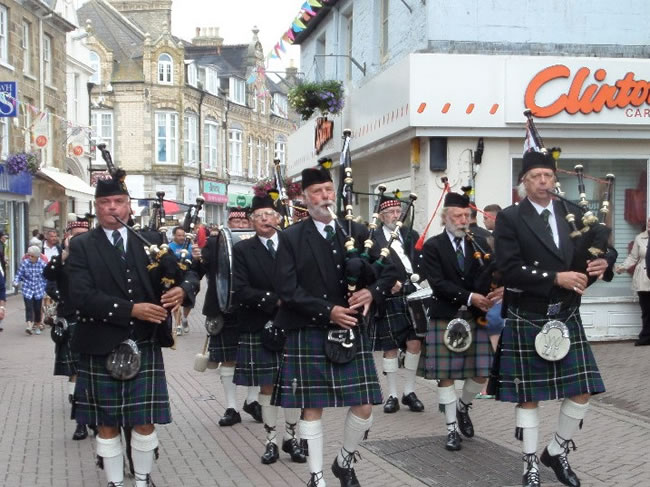 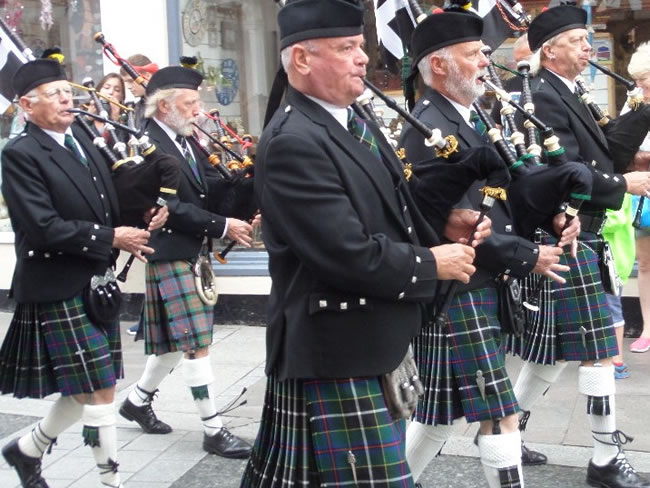 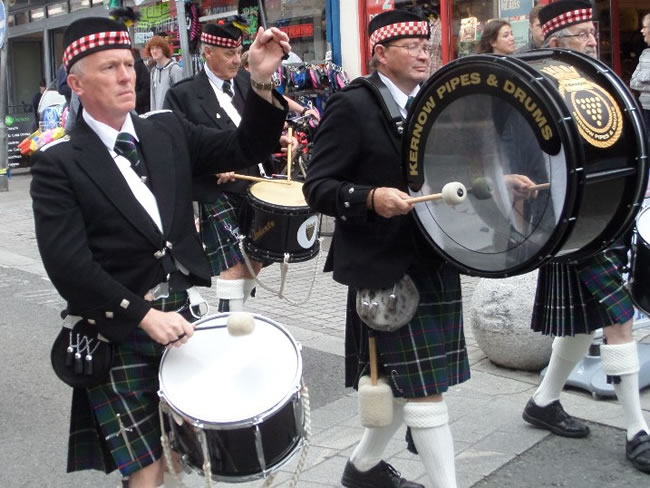 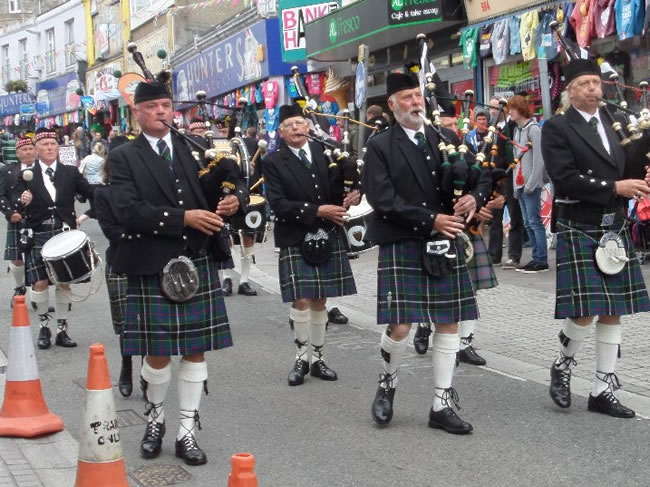 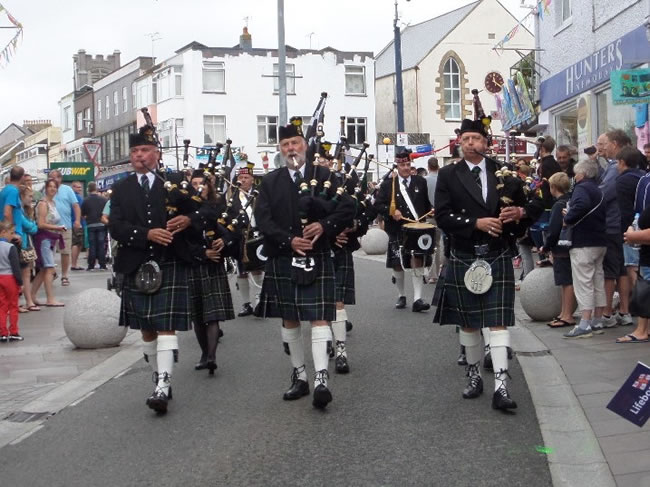 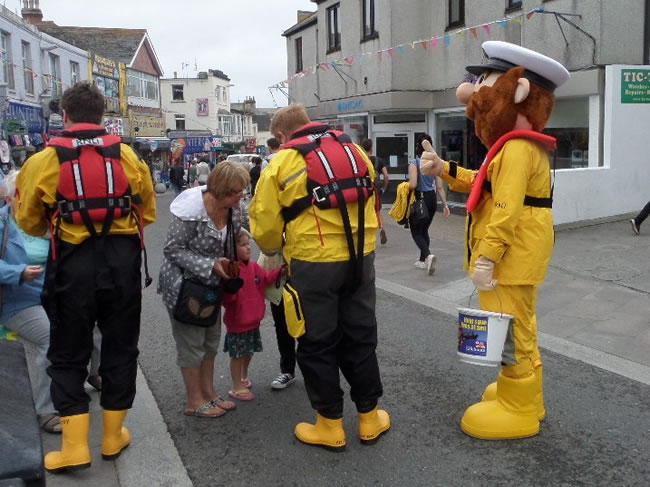 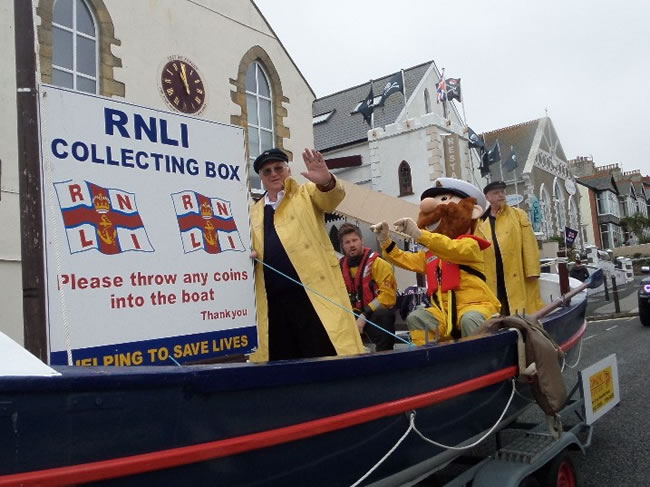 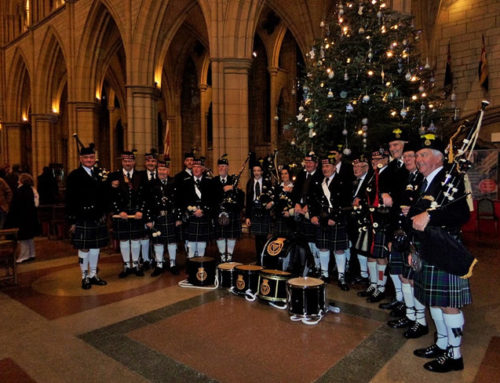 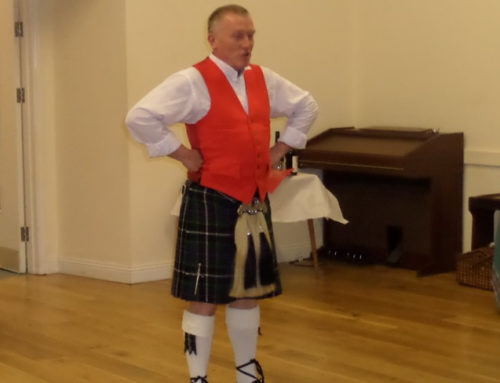 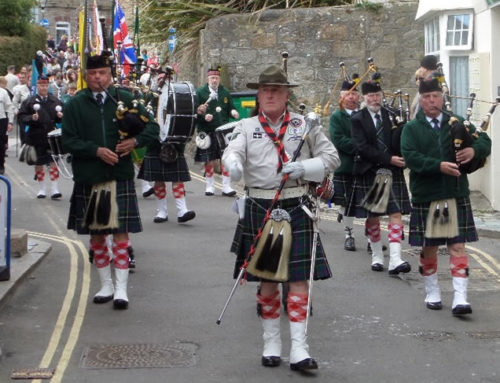 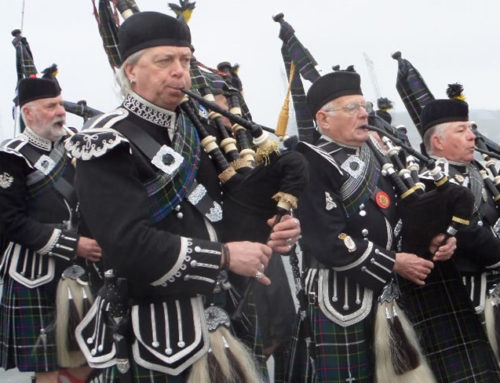 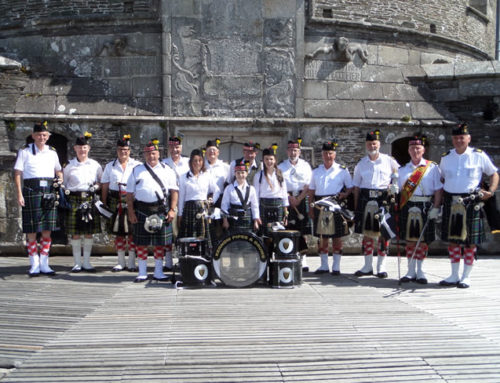