After a drizzly start Saturday turned out to be a warm sunny day for the Kernow Band’s next event. It was the Band’s first involvement with the St Columb Carnival and a good turnout of members  –  7 Pipers and 6 Drummers. The Dress Code was Day Dress and the Members had assembled in the parking area by 18.00 hours for a warm-up. The field was already filling up with floats and fancy dressers and judging was taking place.

After a 20 minute delay, the procession moved out of the field and onto the main road at 19.20 hours. The route was a long circular one and the parade went up and down hill into the main street and continued to the end before circling back up the road to the recreation field which took a little over an hour. The roads were crowded with visitors and families all enjoying the carnival atmosphere.

The watching public in the crowded streets were enthusiastic in their noisy appreciation. It was a lovely vibrant Carnival in good weather and the Kernow Pipes and Drums were a sparkling addition to the Parade. 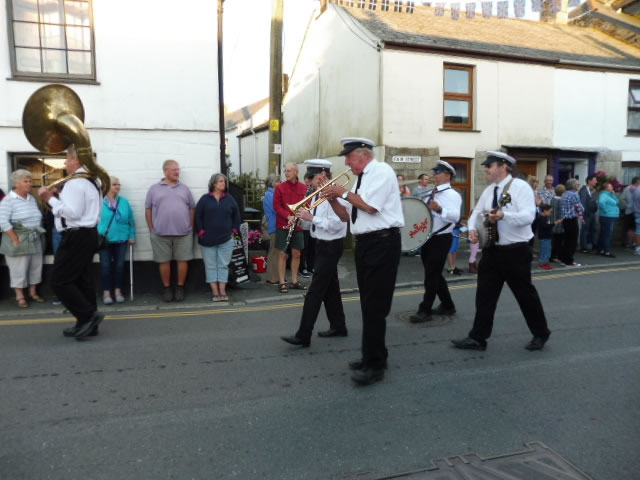 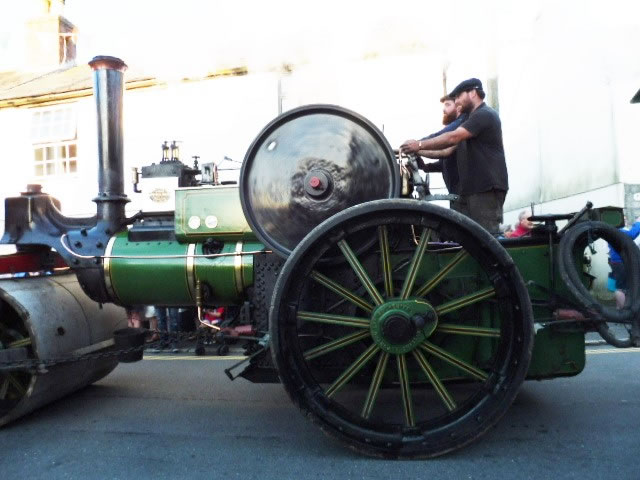 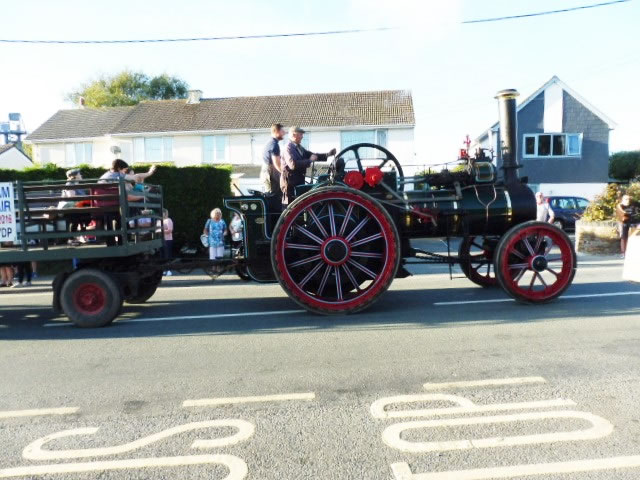 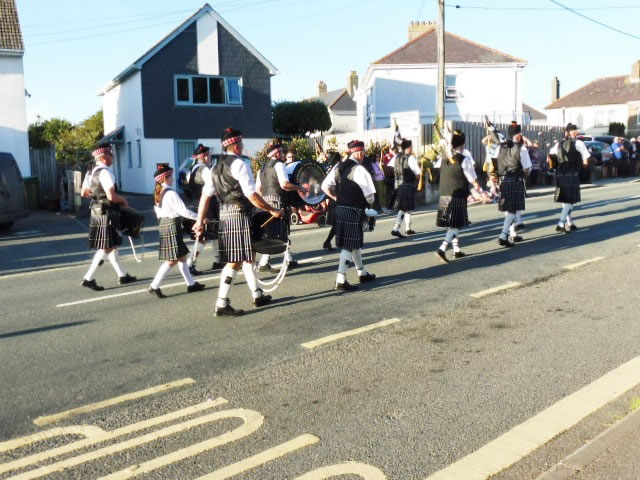 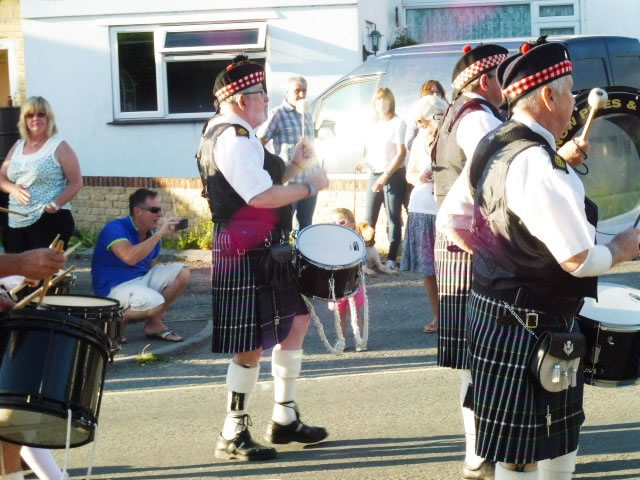 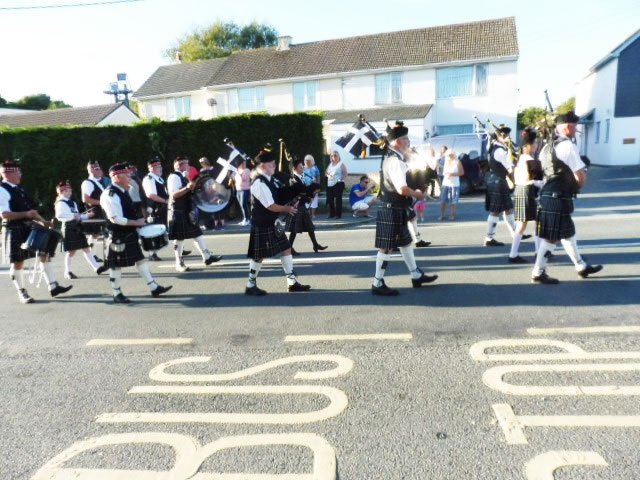 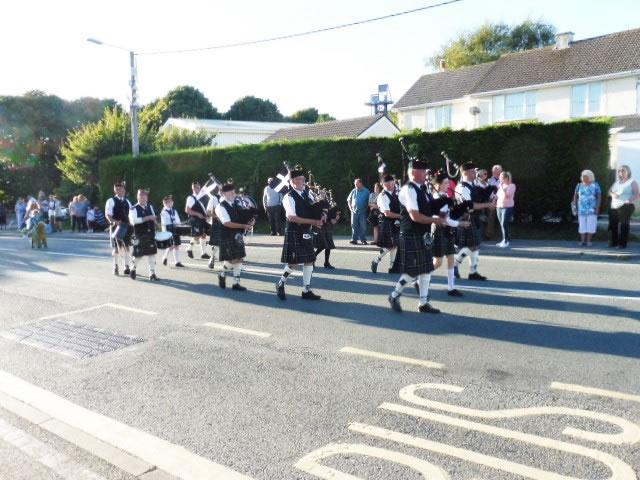 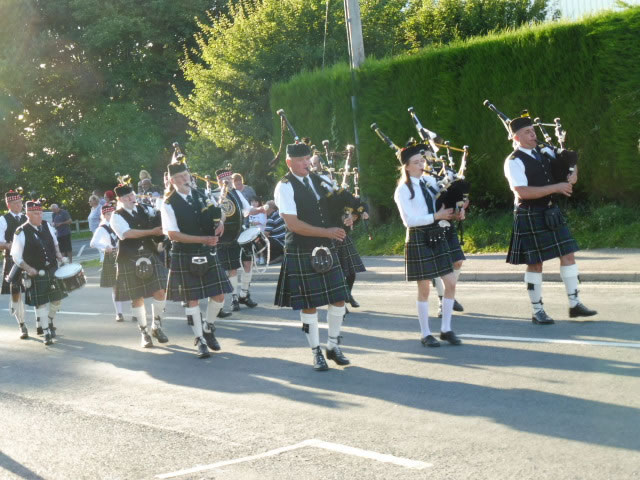 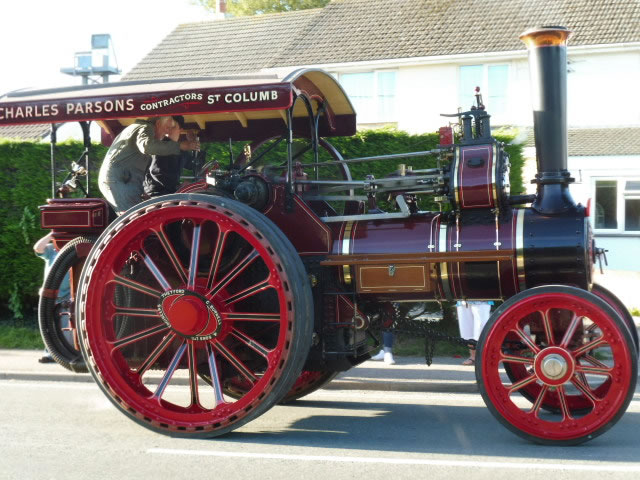 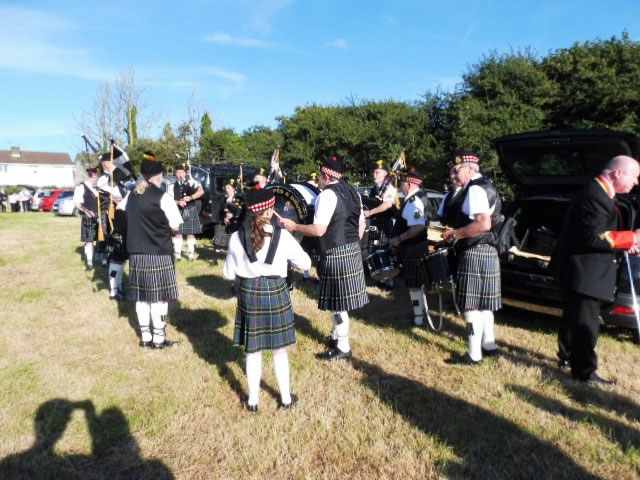