There was a great atmosphere in Truro at the City of Lights Parade, the streets were rapidly filling up with locals and visitors all enjoying the Carnival atmosphere. The Band members met in the Moorfield Car Park at 17.30 hours ready for a tune-up half an hour later. The weather was cold but dry and there was a good turnout of ten pipers and five drummers. The Dress code order was Day dress with glengarries and pipe lights and thermal vests!  As last year the Band walked up the hilly road to the Daniel Arms at the top of Lemon Street, after a warming cuppa in the Lemon Quay Art Gallery.

As their place in the long procession was last they had time to watch the other participants take to the road, which included numerous samba bands, jazz players, dance troupes in exotic costumes and dozens of monster sized paper lanterns born along by students and hundreds of primary school children carrying lanterns of every shape and size.

There was clapping and cheering in appreciation along the packed route as the Kernow Band passed by giving a remarkable performance. The whole parade took over an hour and after marching along Lemon Quay and past Wetherspoons the Band was dismissed.

It had been a lovely parade, vibrant and colourful with the shining lights and the tunes played included the following – Green Hills/Battles O’er, Scotland the Brave Set, Cockney Jocks Set, High Road to Gairloch/Murdo’s Wedding/The Bonnie Lass of Fyvie, Highland Cathedral, Last of the Great Whales, Amazing Grace, Towerhill Dreams. 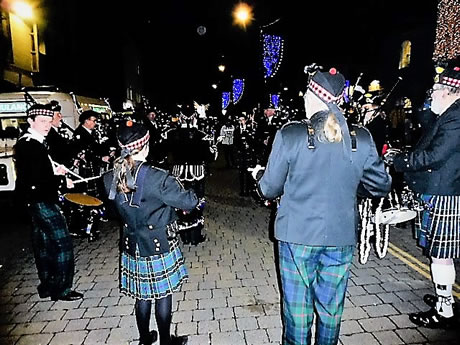 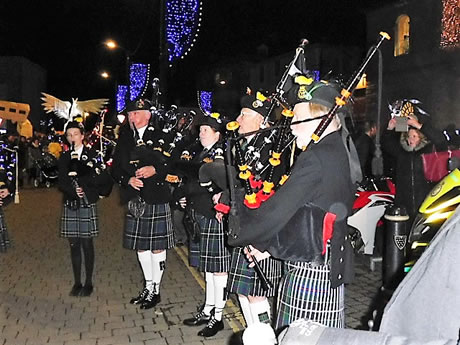 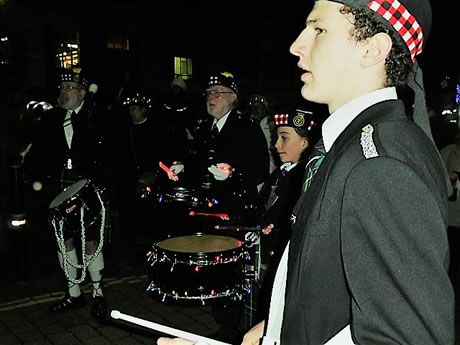 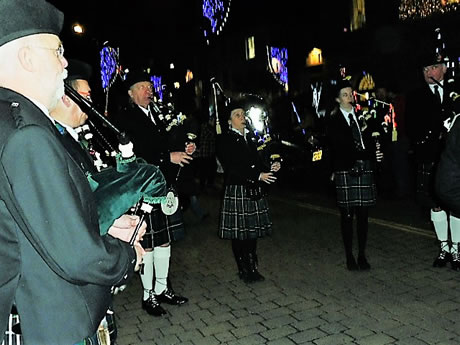 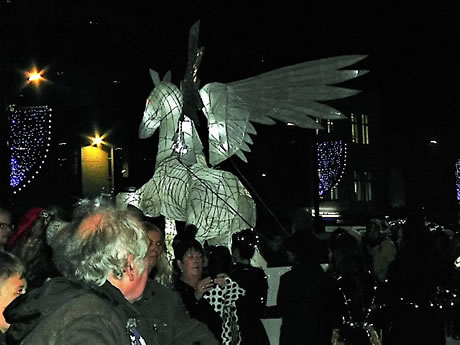 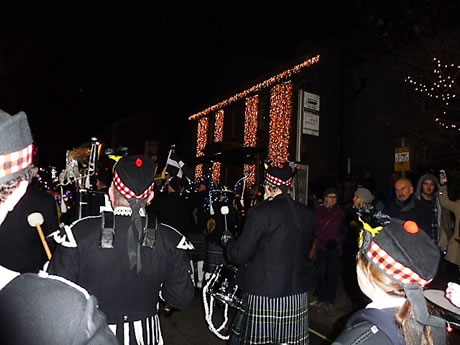 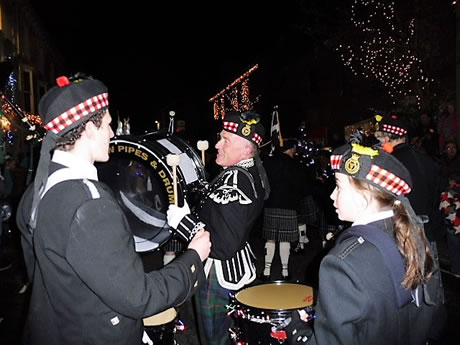 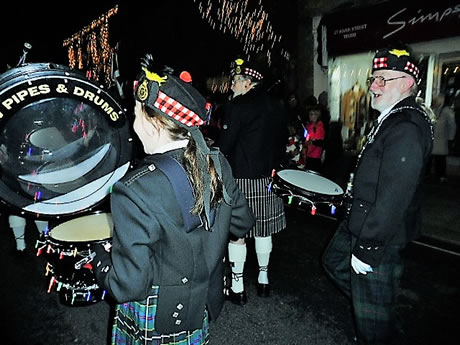 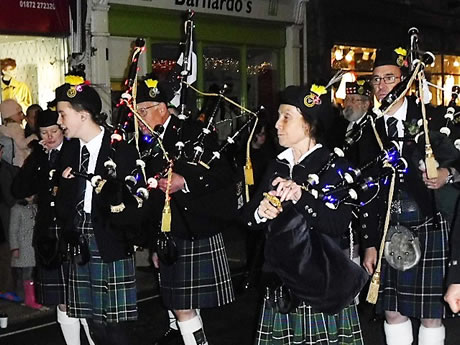 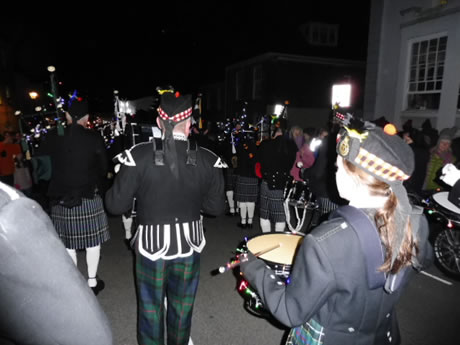 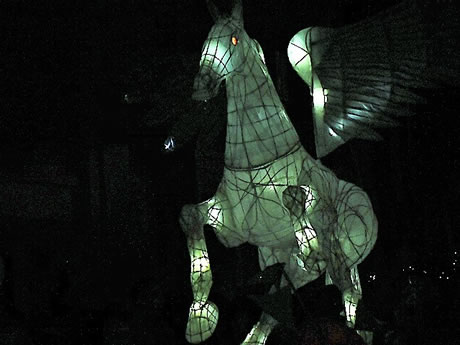 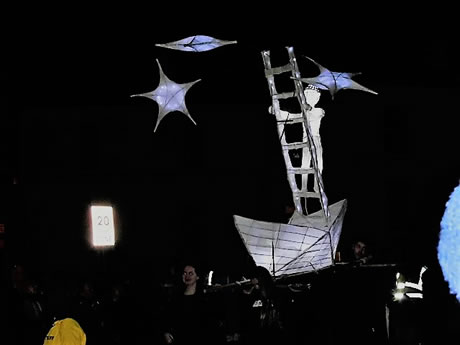 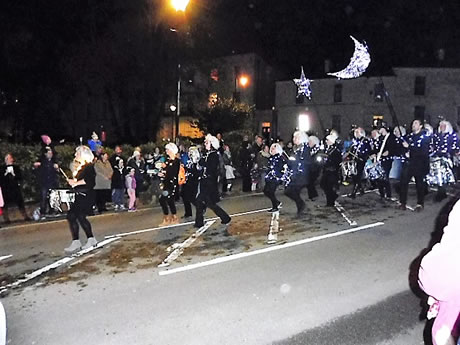 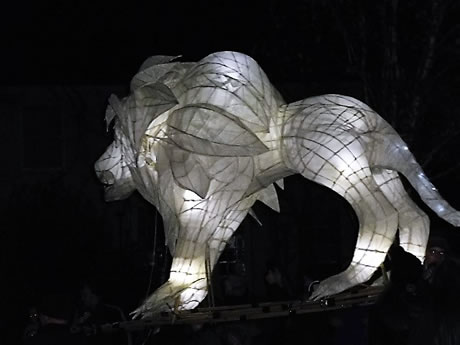 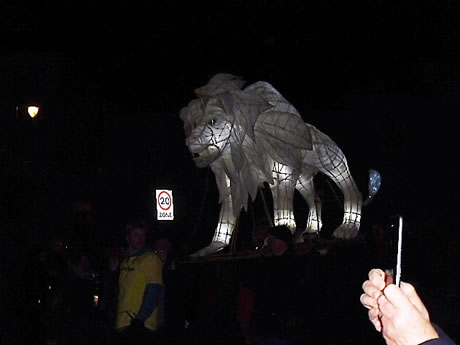 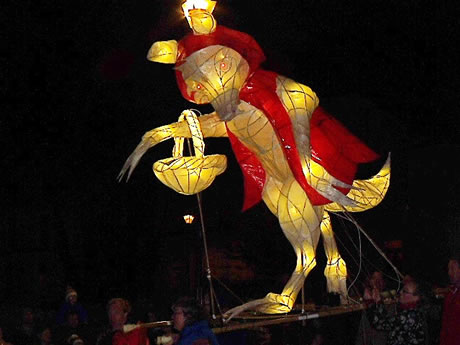 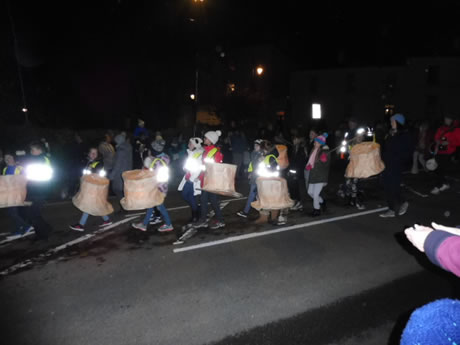 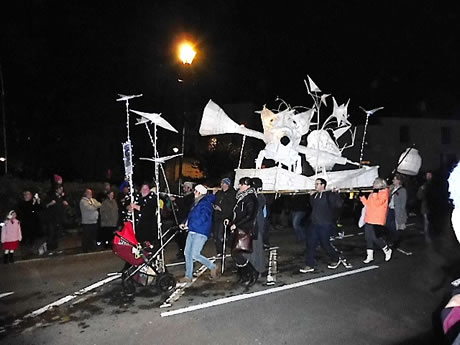 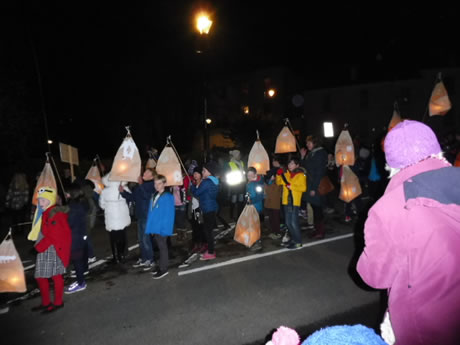 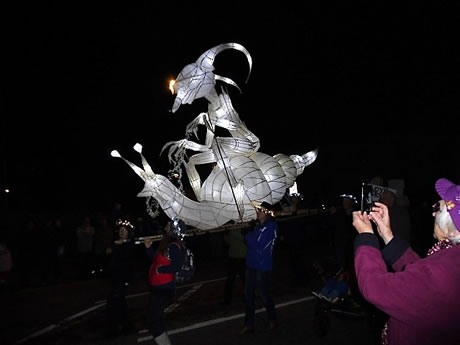 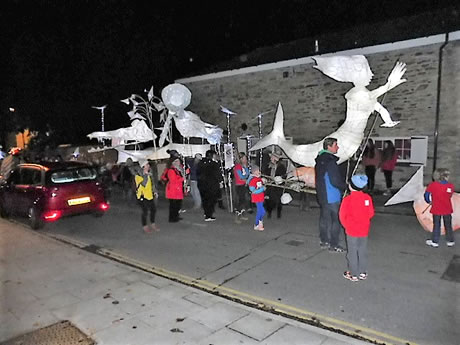 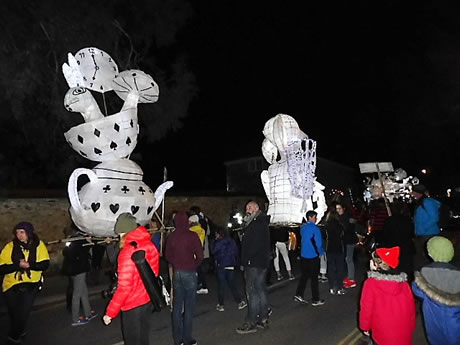 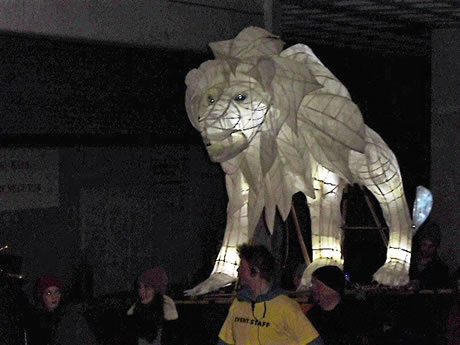 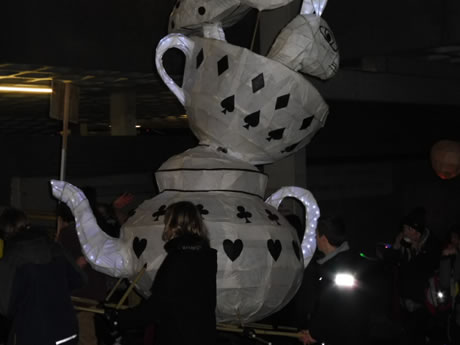 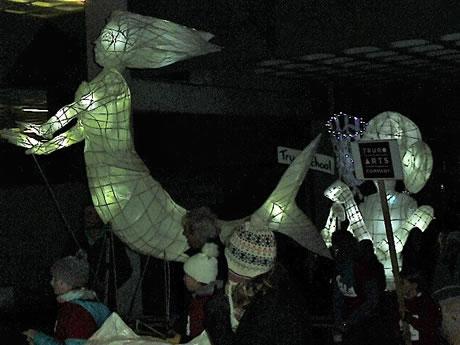 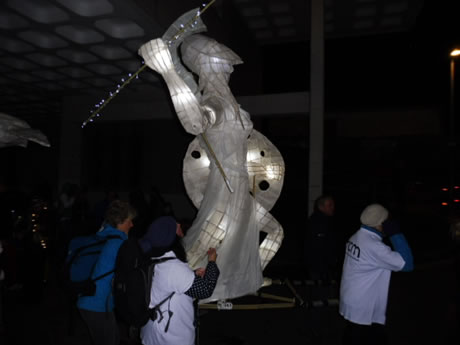 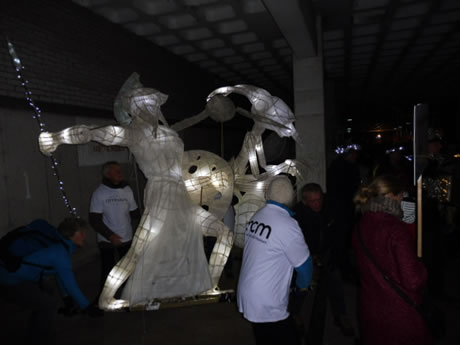 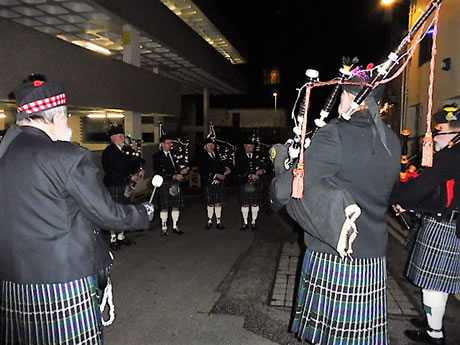