The weather was cloudy at first but as the day progressed it became warm and sunny. This was the start of the Polperro Musical Festival and the Band Members had all assembled in the car park for a tune-up by 12 noon. It was an impressive turnout of nine pipers and seven drummers and the Dress Code was Day dress.

The Kernow Band led the colourful parade of fancy dressers, samba band, and dancers down through the narrow picturesque village streets to the Harbour and onto The Green, eventually leaving the procession to enter the Marquee, where the new Lord Mayor and Mayoress were being welcomed. This was the 21st Musical Festival and for nine days there would be events of music, dancing, drama,  arts and crafts to name but a few of the attractions.

The Band then played two sets before the packed audience who were generous in their appreciation. After returning to the inner Harbour for a brief lunch break., the Band then formed a circle and played for half an hour.

At the close of play a request was made that they walk on to the outer harbour and repeat their performance where there were holiday makers enjoying the sunshine and sea views and the Band were very happy to continue for the following half an hour.

There was a lovely feel to the sunny day, an incredible performance by the Kernow Band which was enhanced by the visiting guest members, a holiday atmosphere as well as a carnival one and it finished with much appreciation by the listening audience.

On return to the car park, the Band was thrown into disarray on finding that they had all been given parking tickets due to an oversight between the Organisers and Car Park Management. Fortunately the issue was dealt with by the Pipe Major using excellent tact and diplomacy. 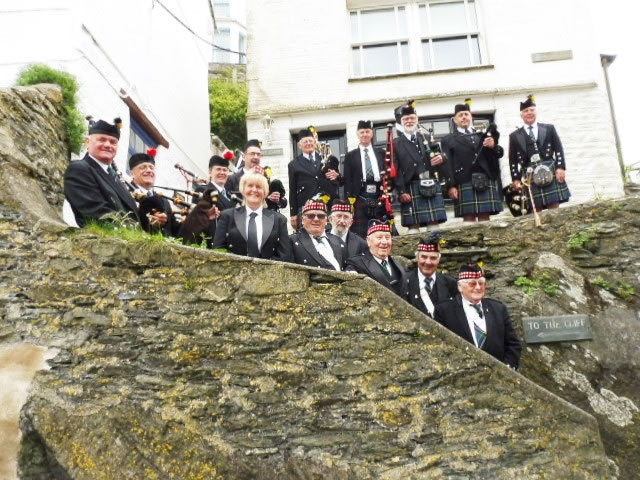 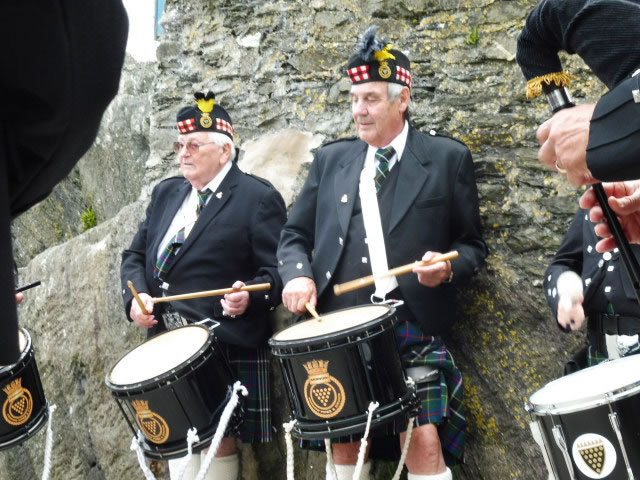 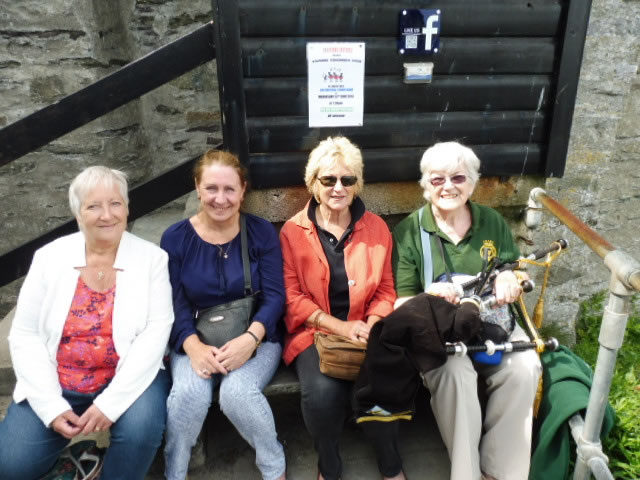 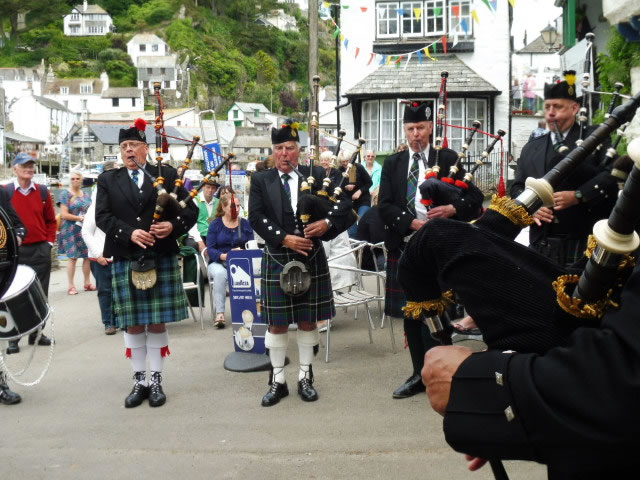 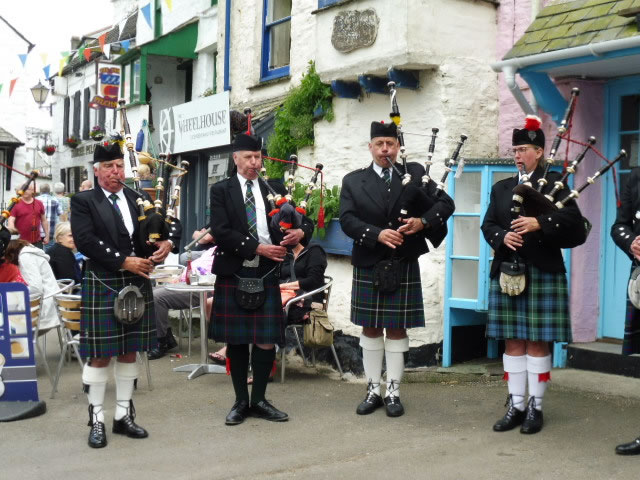 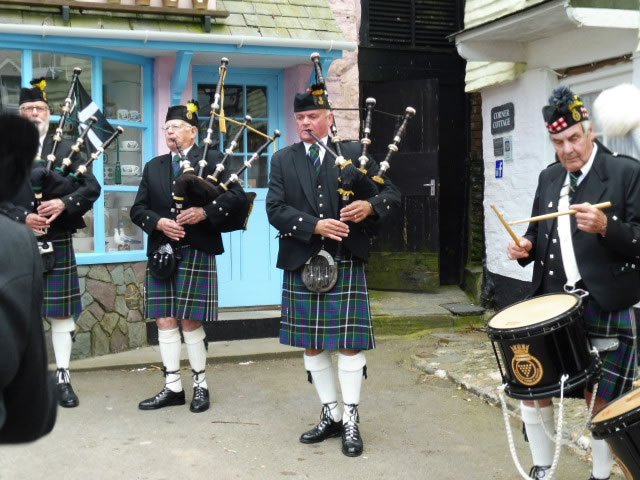 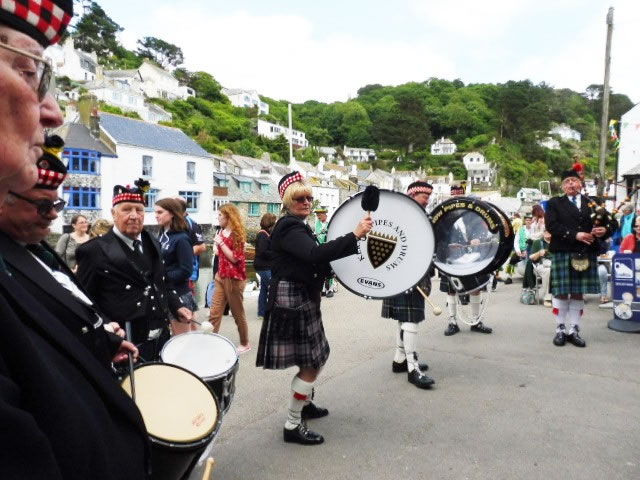 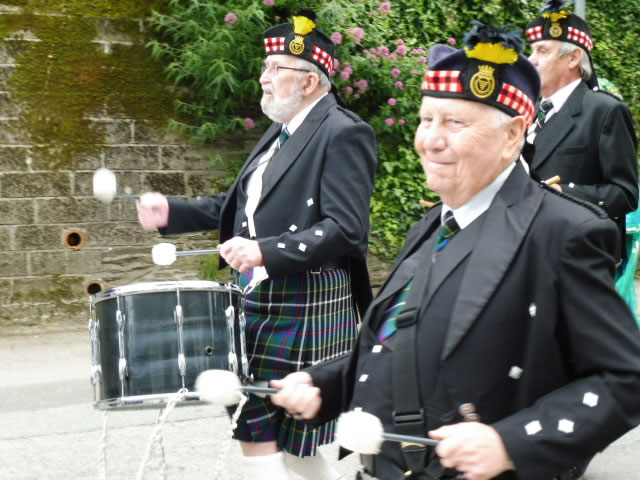 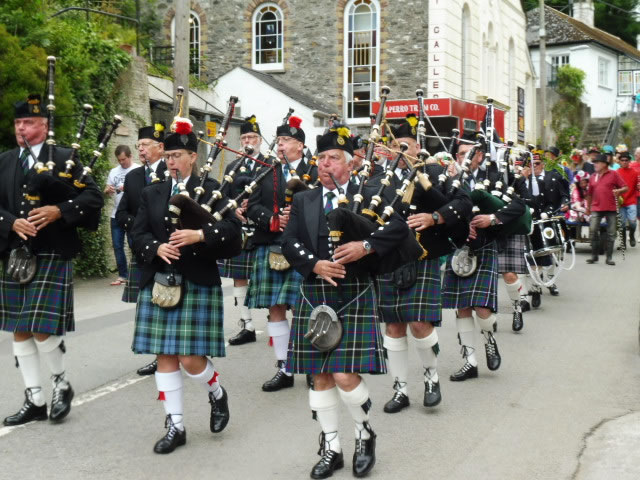 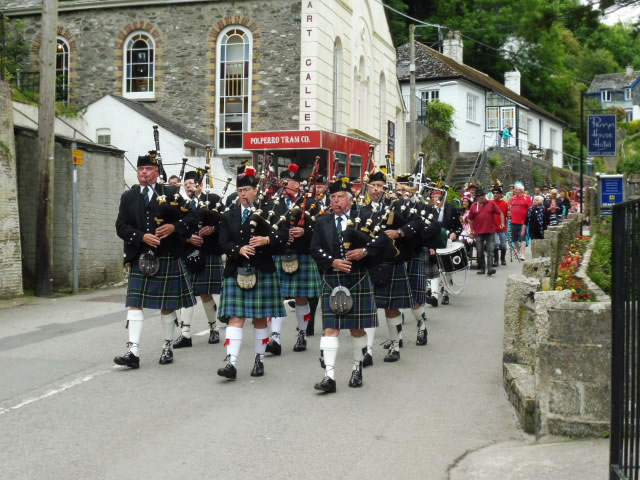 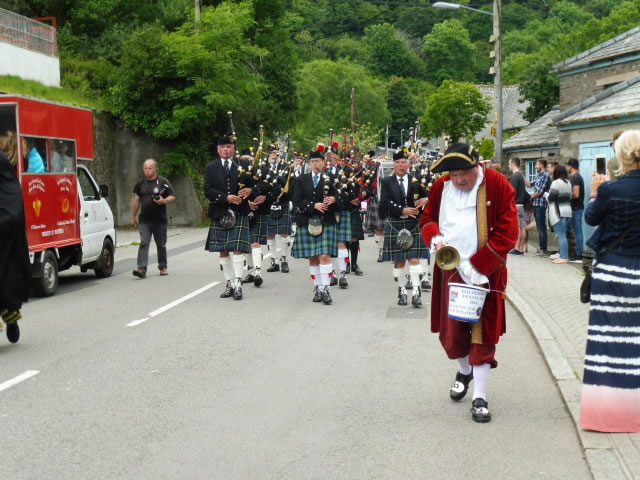 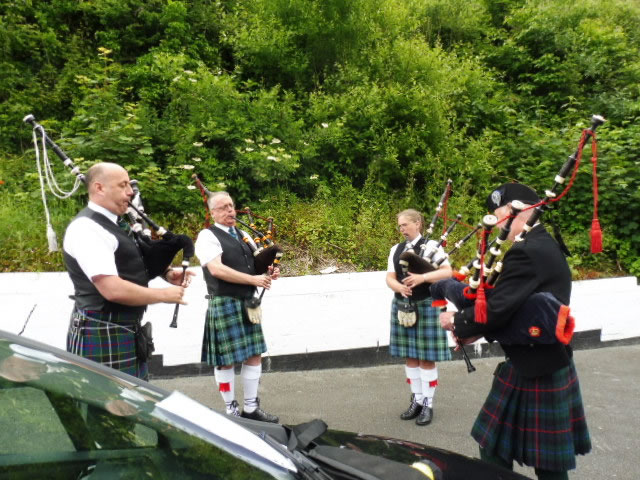