It was a beautiful day in Camborne for the celebration of Trevithick Day. It was cold at times but nothing dampened the holiday atmosphere in the crowded town as locals and visitors visited the food outlets and numerous stalls set out in the main streets. There was a full and varied program of the day’s events.

This yearly event was the celebration of the time of Camborne educated Richard Trevithick (1771) who became an engineer and pioneer in the field of steam locomotion.

There was a very good turnout of 9 pipers, 5 drummers and Drum Major, and the dress code was Day Dress. At 10.00 hours the Band marched down from the Vyvian Arms to the Town Square where they played for half an hour to an appreciative audience. At 10.30 hours the Band had a break in Wetherspoons and the procession of school children danced down the road in their colourful costumes of Bal Maidens and Miners.

11.00 hours and the weather had warmed somewhat as the Band assembled outside the Church of St Martin Meriadoc, Camborne’s parish church, where they played for half an hour to a large crowd and there was enthusiastic applause. It had been a good event, the Kernow Band had looked and sounded impressive on a lovely sunny day. There had been a few late visitors who were disappointed they had arrived too late and had missed the Band’s two slots! 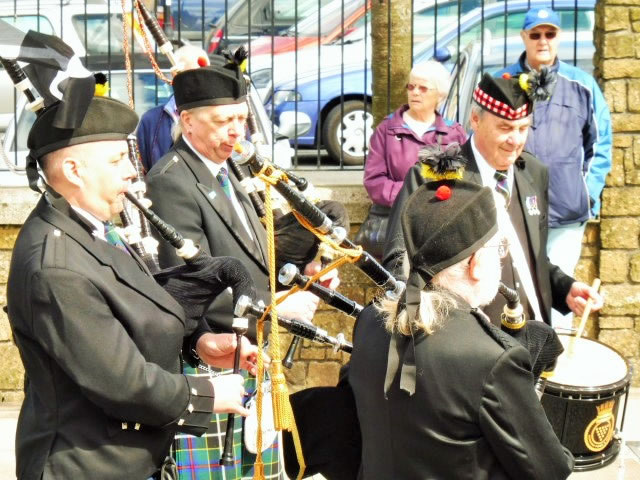 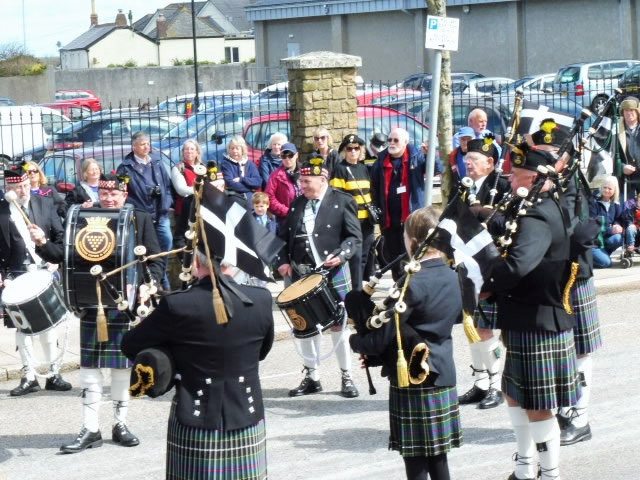 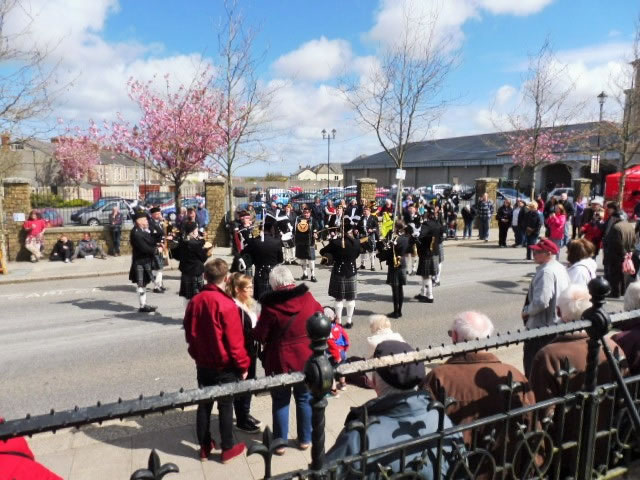 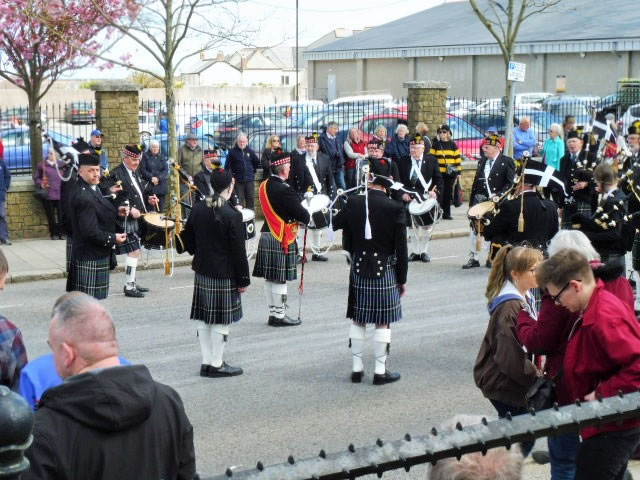 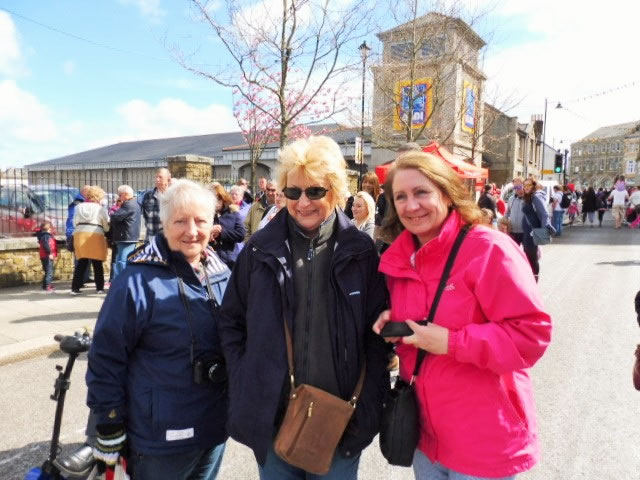 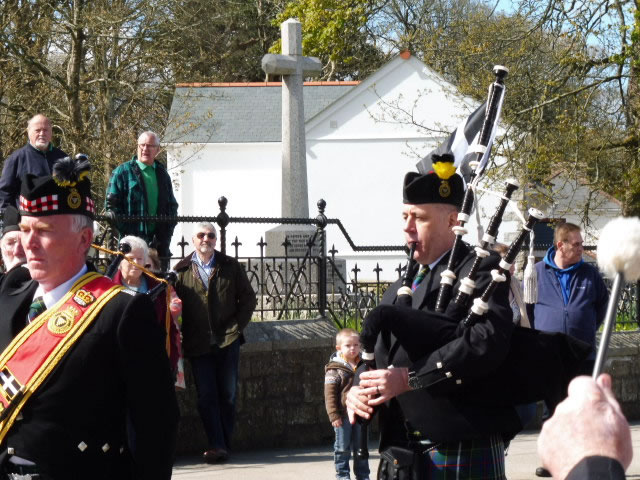 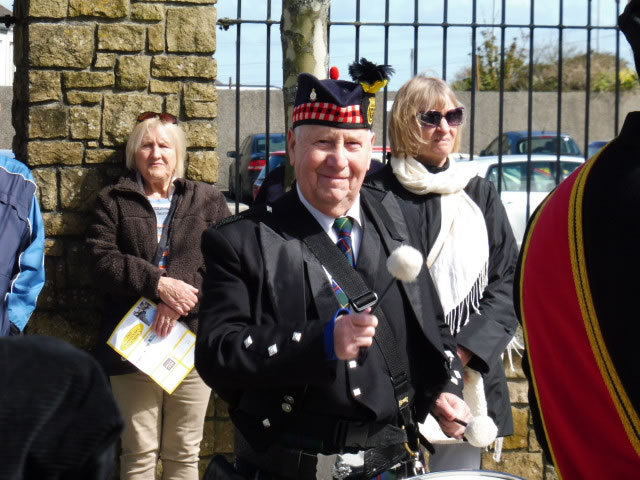 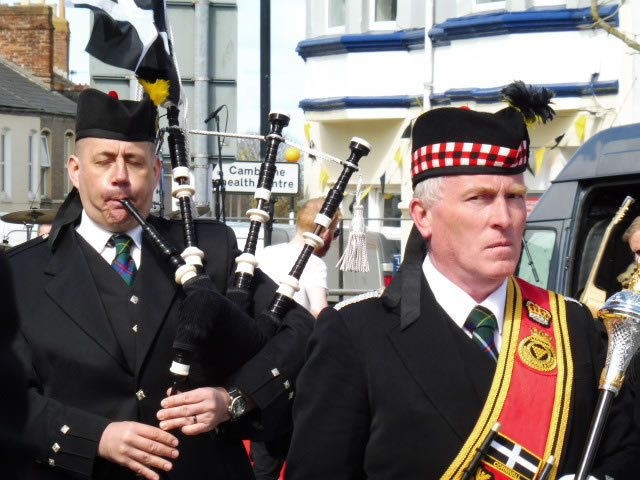 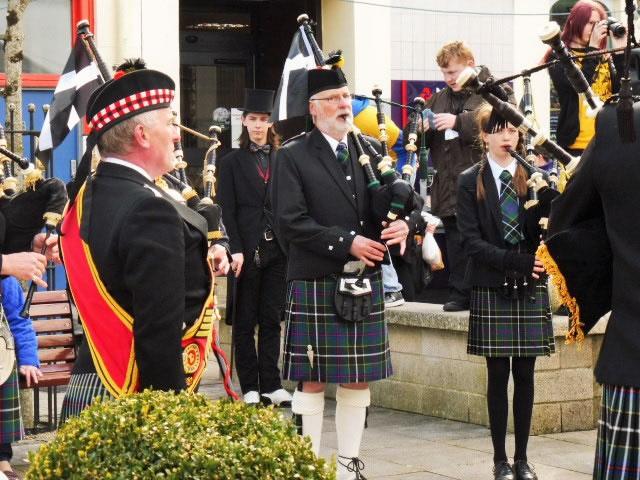 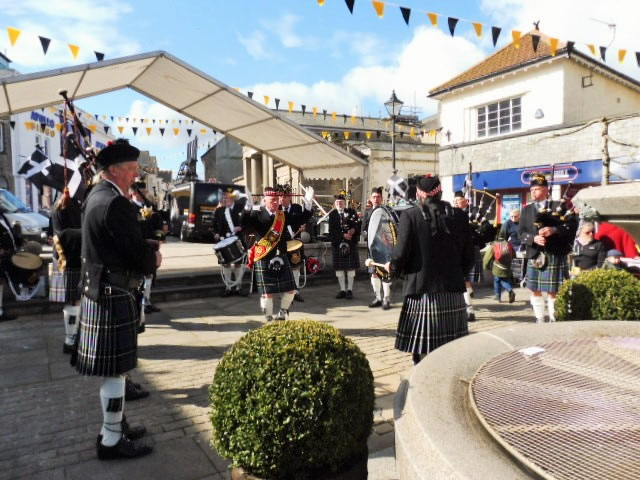 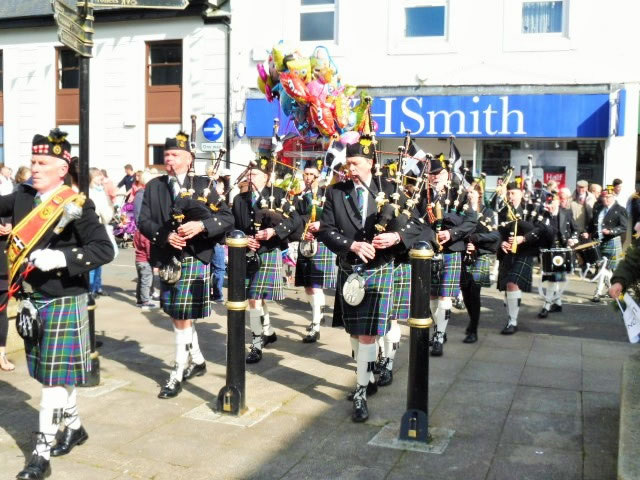 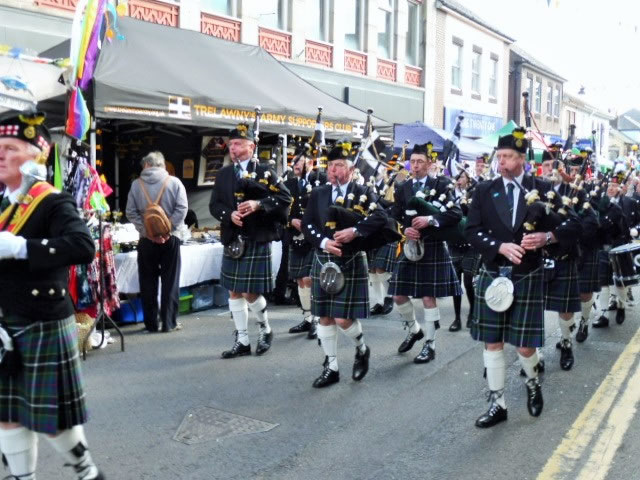 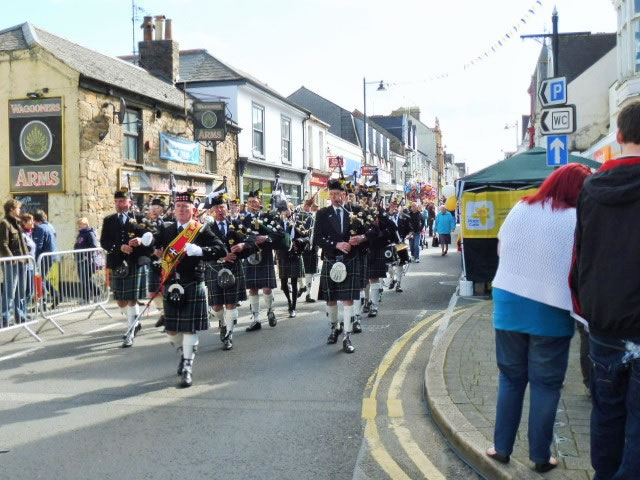 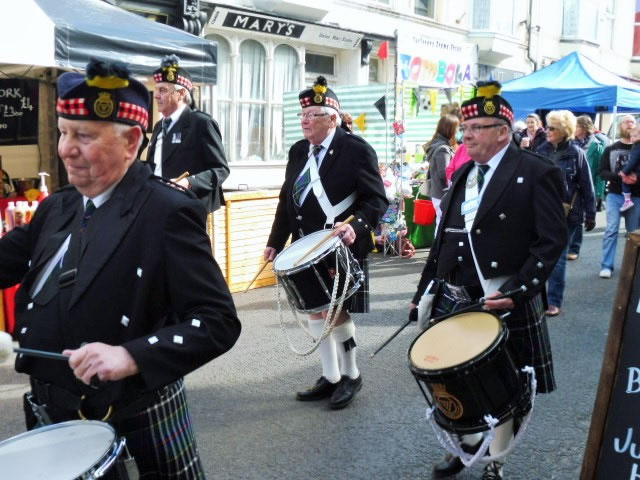 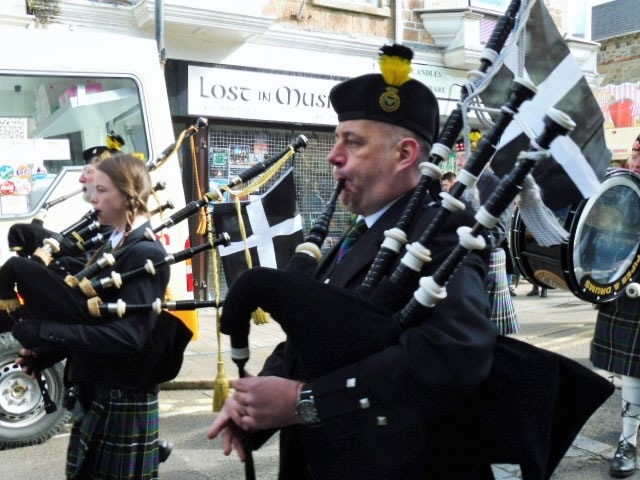 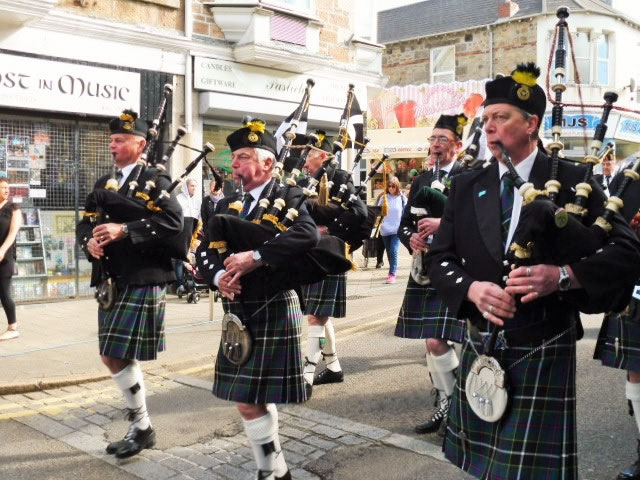 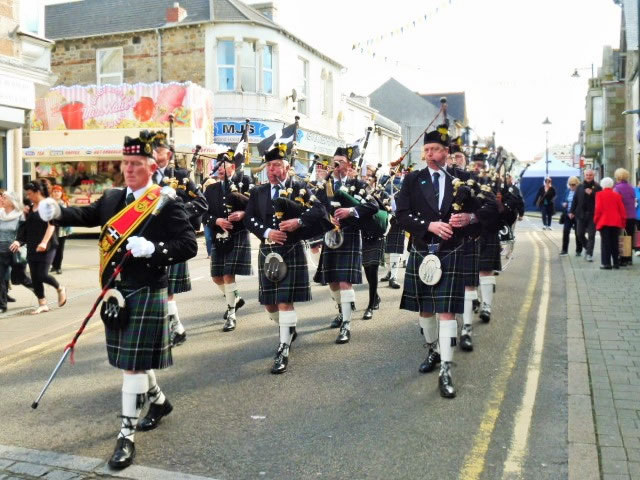 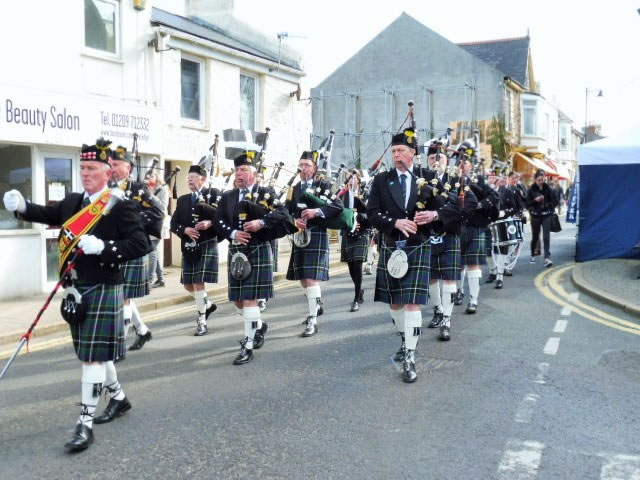 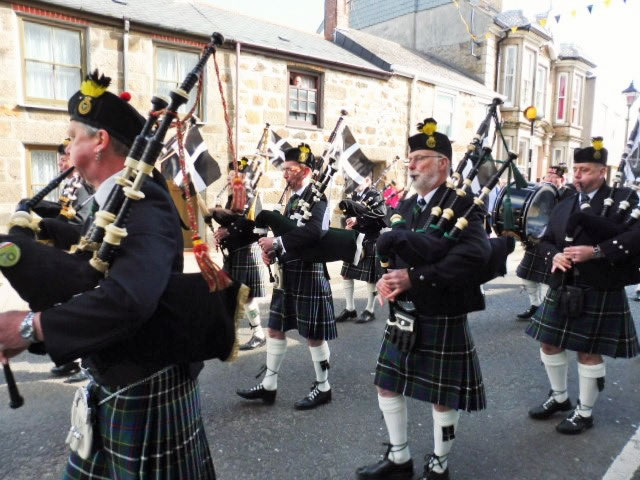 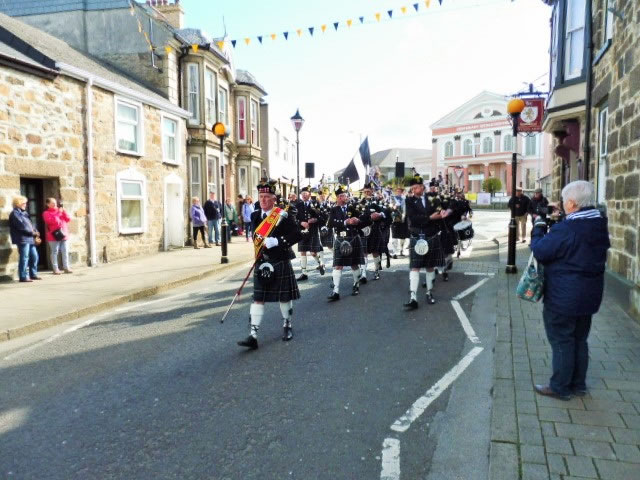 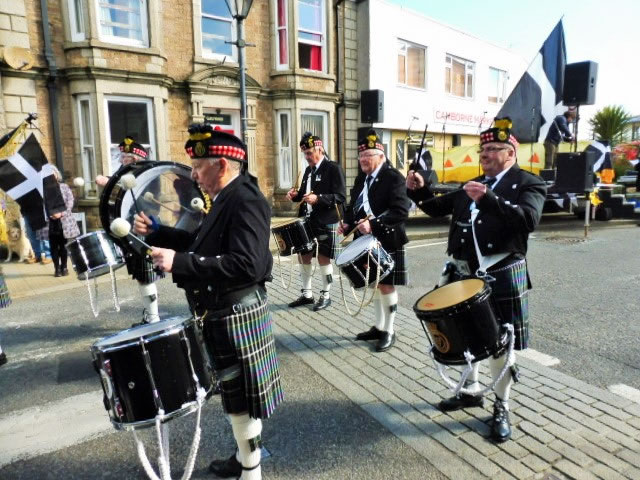 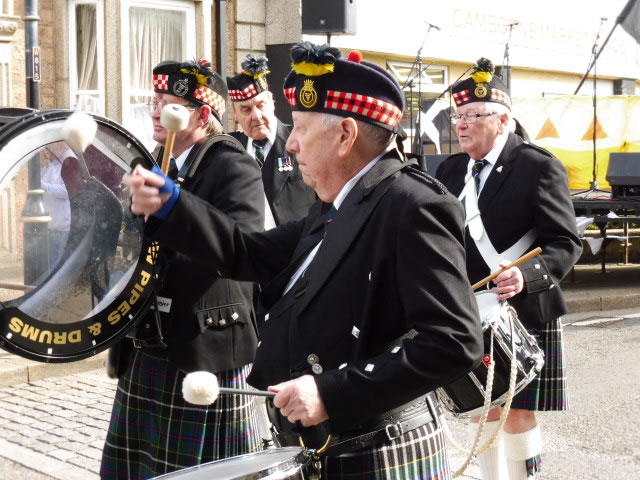 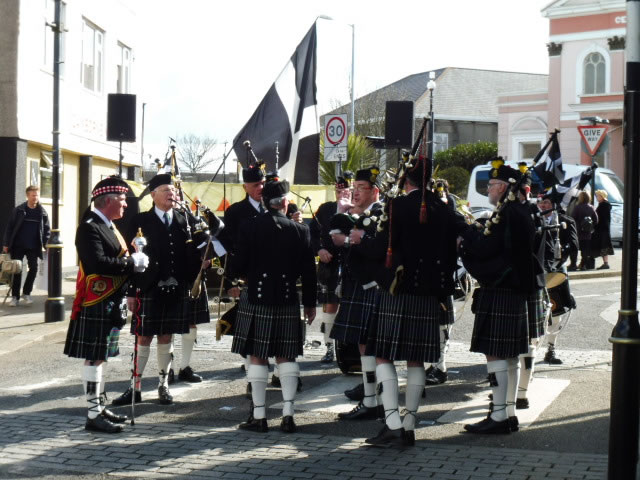 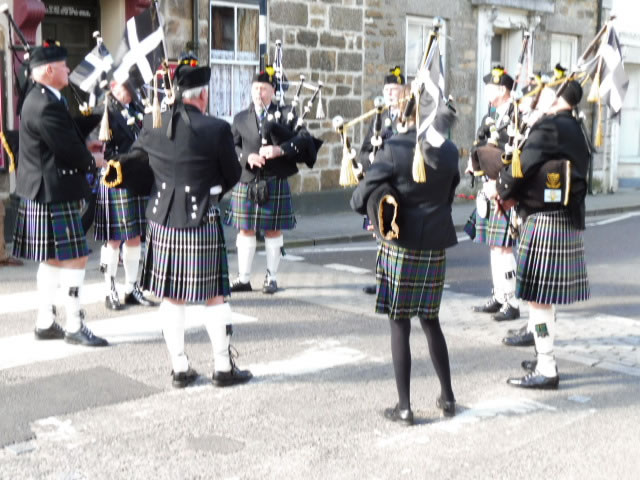