It was going to be a dull rainy day for the Carnival but the reality was better – the rain held back as the Procession started. There was a very good turnout of members of nine pipers and six drummers and capes were not needed. By 17.30 hours the Band were having a practice in the car park of the Fal Valley Pet Supplies and the street was already filling with locals and visitors for the event. By 18.00 hours the Members had crossed the road to the Carnival field which was set out with stalls and refreshment tents and other amusements.

At 18.10 hours the parade started up the hill led by the Town Crier and St Austell Silver Band, followed by Fairy Queens and their attendants in decorated cars, numerous fancy dressers, and decorated lorries with humorous themes, to name a few.

The Kernow Band was well received with applause and appreciation and just off the road at the Clock Tower the Band stopped to form a circle and play as the remaining participants continued up the hill to turn round in the field ready to return to the village. There was a delay of thirty minutes, to allow the build-up of traffic to come through. Soon the Kernow Band rejoined the Carnival procession as it returned down the hill and back into the starting point, just as umbrellas were put up as the rain started.

It had been a good Carnival, with the revellers not letting the dismal weather dampen spirits and the Kernow Pipes and Drums were magnificent as usual in both in their appearance and sound! 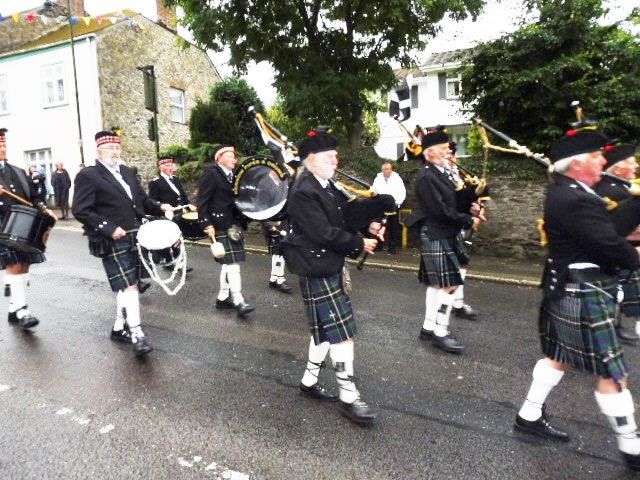 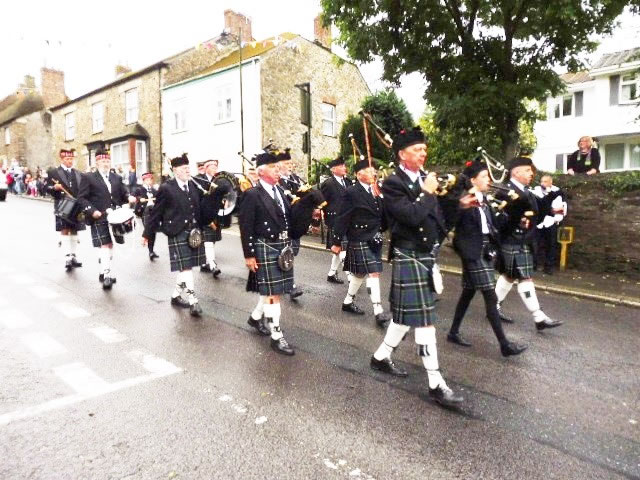 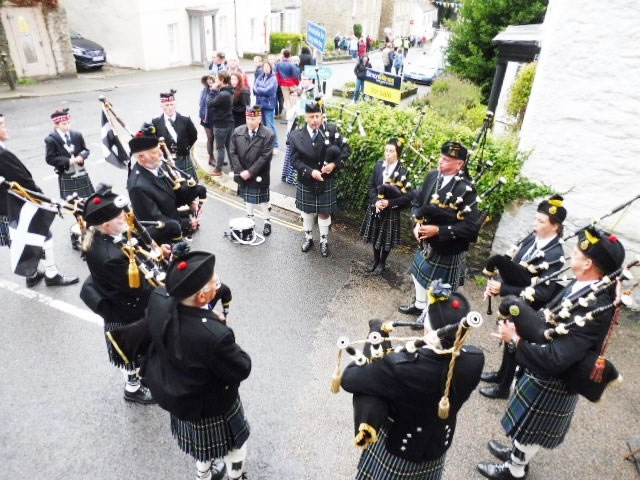 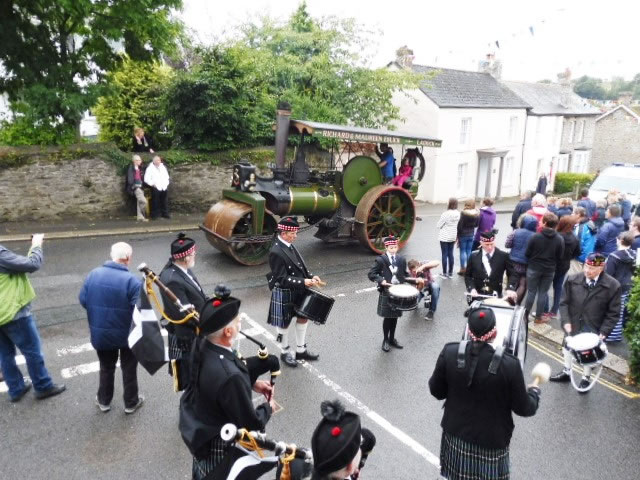 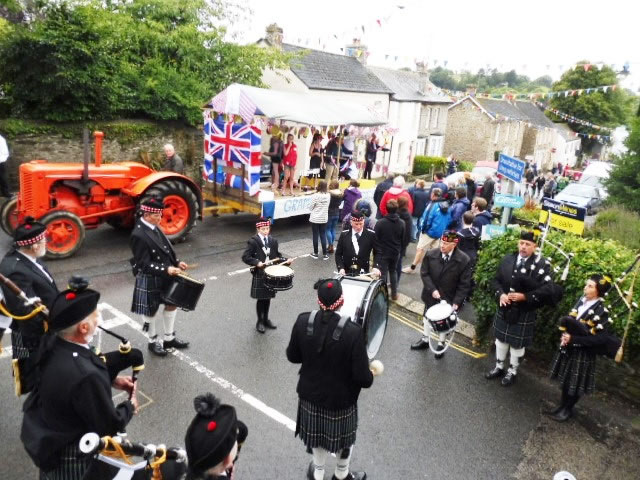 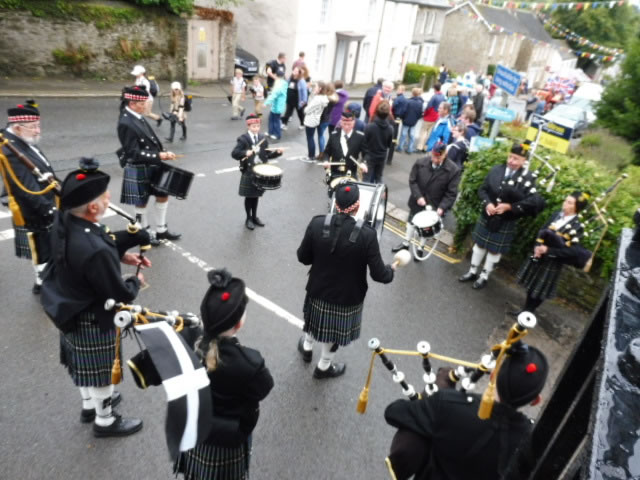 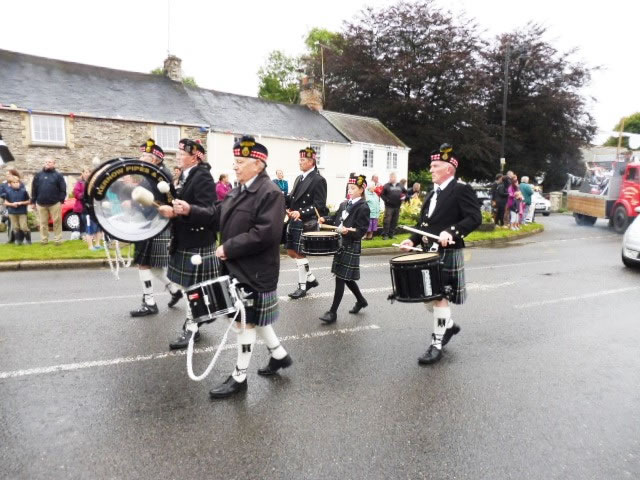 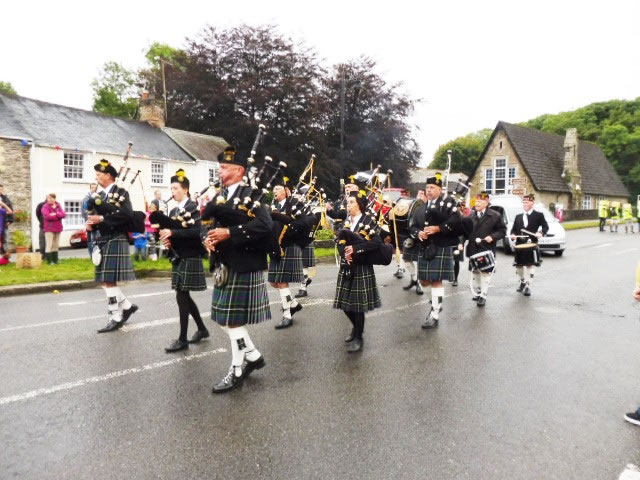