The day for the Newquay Carnival dawned cloudy with a fine drizzle which fortunately soon ceased. Some of the Band met at a piper’s house at 16.30 hours and were ferried into the already packed town in one large Land Rover while others travelled separately to the assembly point. Other bands taking part were the Newquay Tretherras Samba Band,  St Austell Silver Band, Jumping Out Jazz Band, The City of Truro Pipes and Drums, Plymouth Air Cadets (Cornwall Wing), and Street Heat, the Samba Band from Devon.

The dress code was Day dress with capes if needed. The Band’s marching position in the procession was at the rear of the parade and the Carnival started on time.  Also taking part were hundreds of fancy dressers, floats with various themes, the RNLI Lifeboat and their entertaining larger than life bearded mascot, two steam engines, Newquay rowing boat, Lusty Surf Life Saving Club,  to name but a few entrants, as it was a very long parade – as was the route. The weather stayed pleasant and the crowds were appreciative in their applause as the Band played magnificently in spite of their lower-than-usual numbers.

Half way along the route there was a 20 minute pause as the officials attempted to lower the street bollards, but to no avail, and the  procession continued with the vehicles diverting to another route and meeting up with the parade further down the road.

After stopping and playing in a circle, the Band marched on with the public still clapping and cheering enthusiastically as it passed by. At the finish the Band were dismissed and retired to the British Legion Club for refreshment before a ride on the bus back to the car park. It had been a good parade and the Band had been at their best and most importantly the weather had been fair to them! 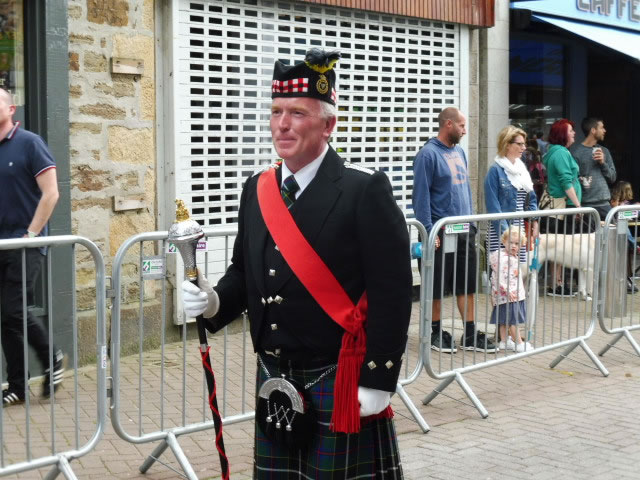 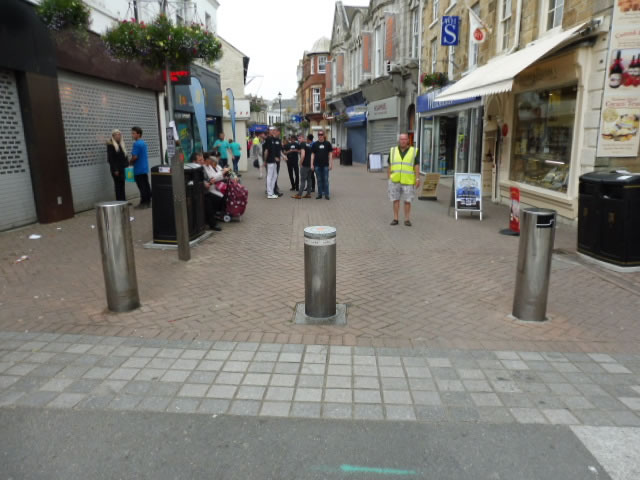 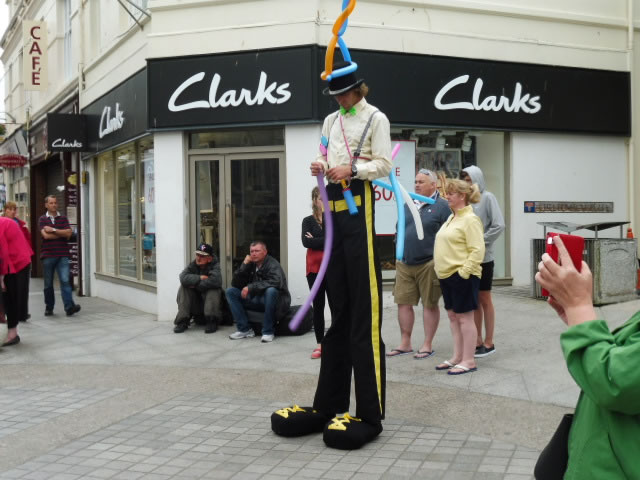 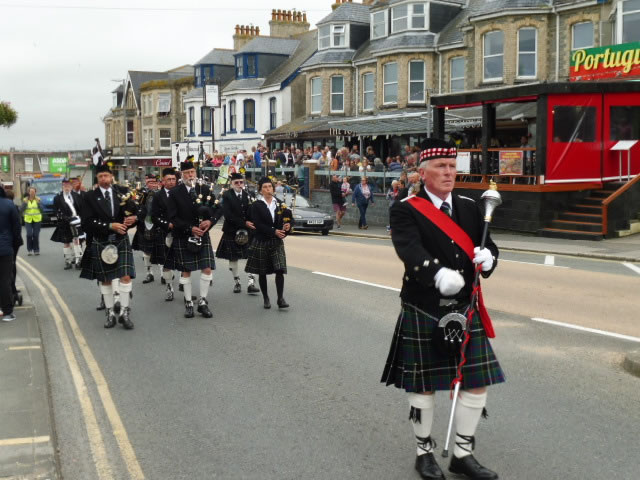 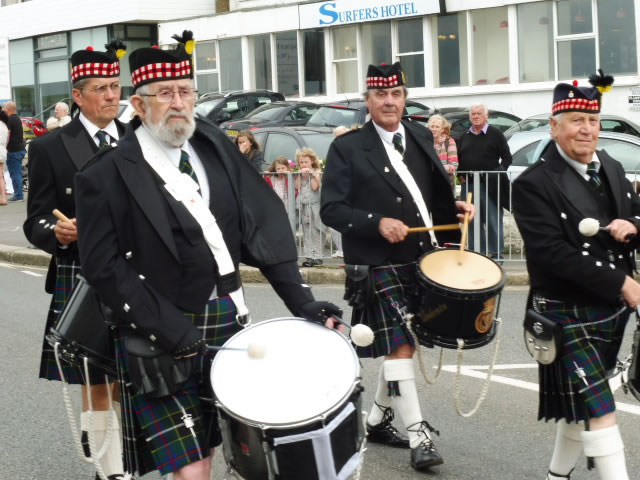 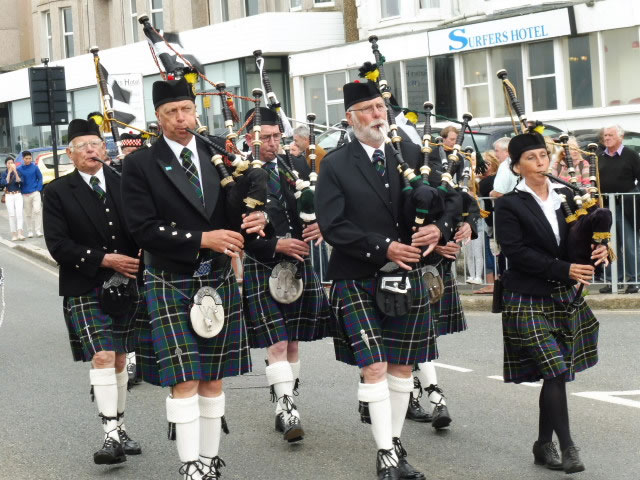 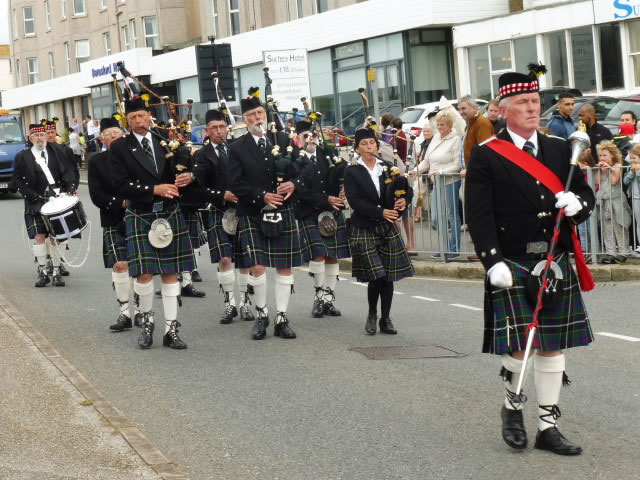 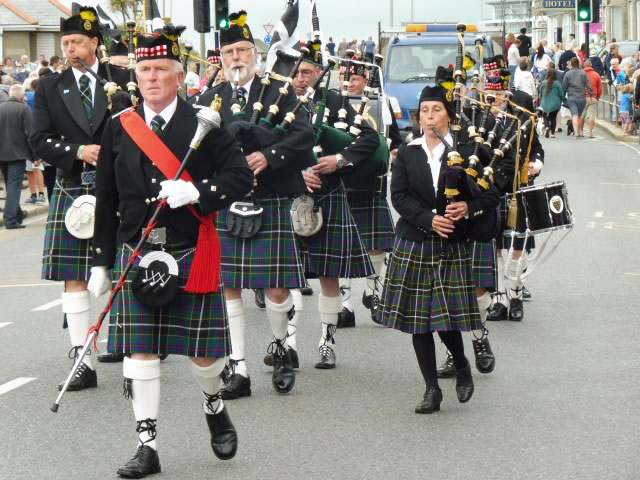 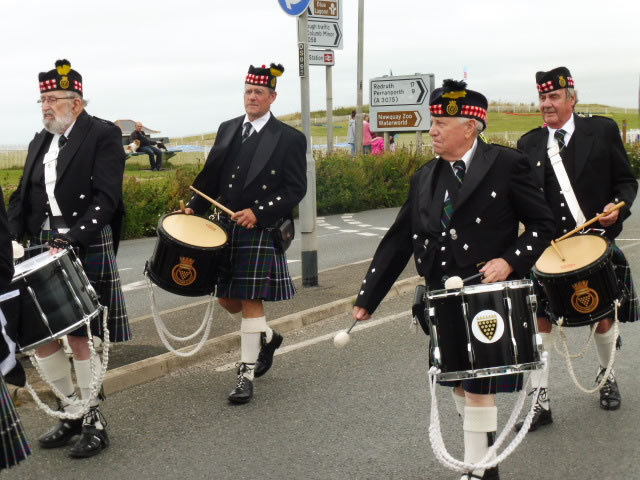 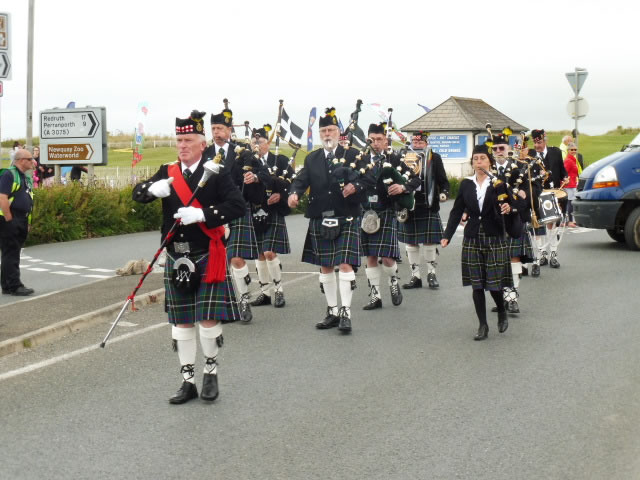 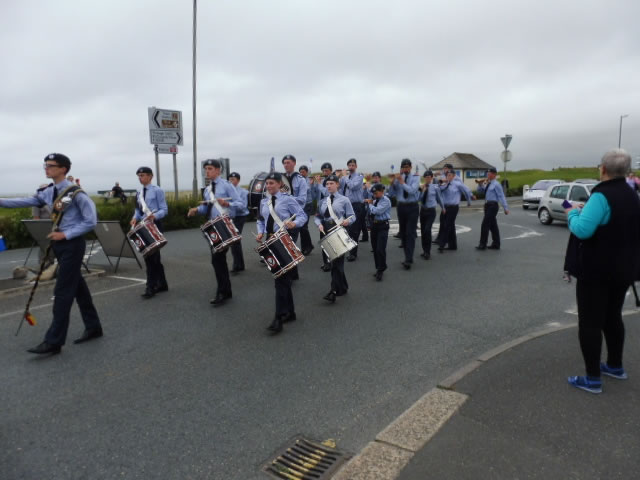 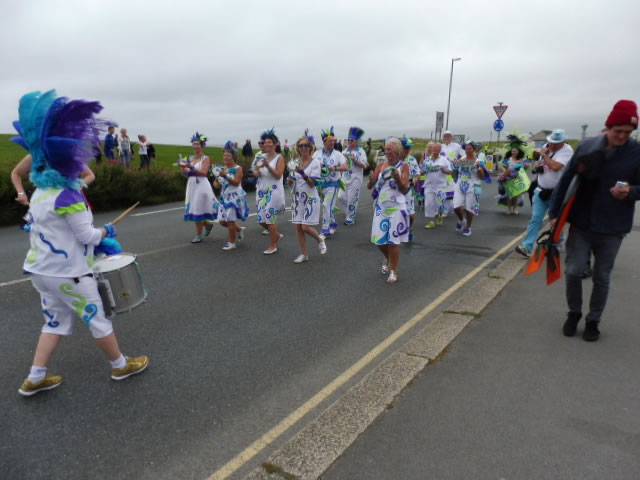 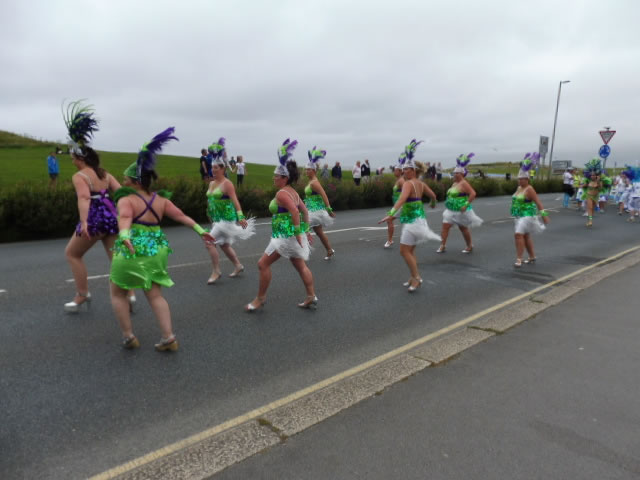 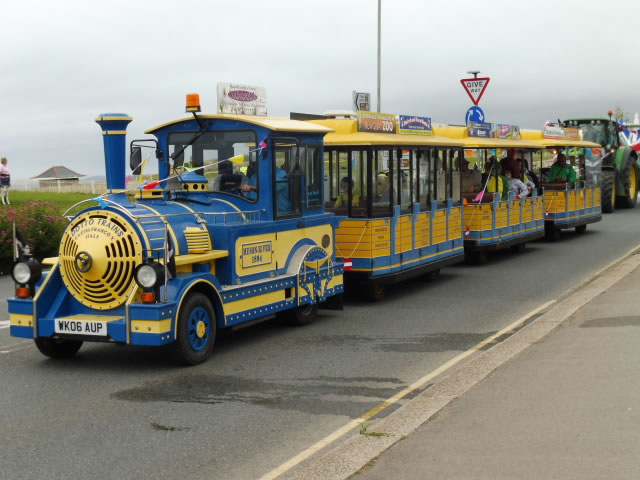 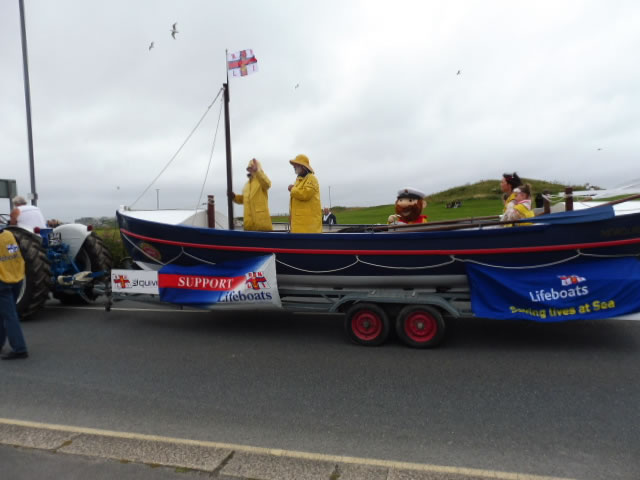 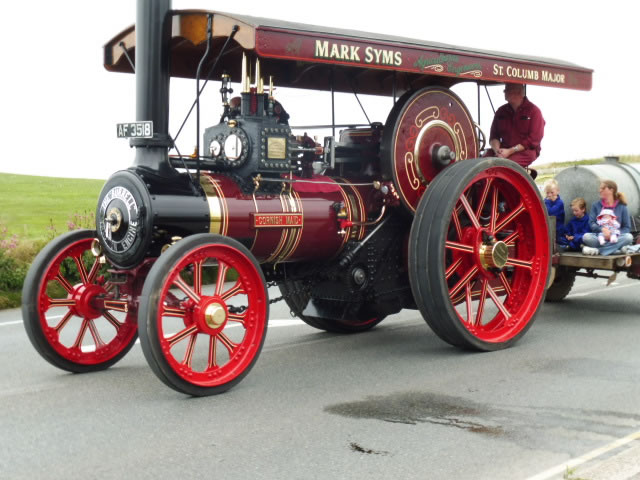 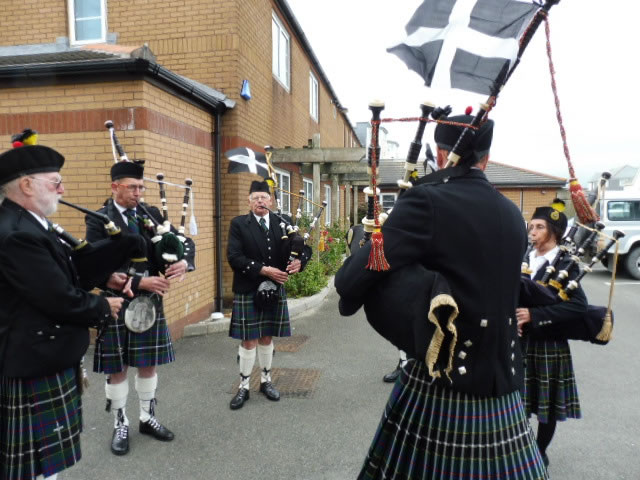