It was a chilly morning with a cold wind but it was dry and spirits were high as the 8 Pipers and 5 Drummers and Drum Major met in the Quarry car park for a tune-up. The Dress Code was No 1s with bonnets and medals and ribbons. After the Band had finished their final rehearsal at 10.15 they had refreshments in the Civic Reception Rooms before attending the Parade on the Moor.

The Parade of Royal Navy and Royal Navy Reserves, Royal Marines, Standard Bearers, Police Community Support Cadets, Deputy Lord Lieutenant, and various Mayoral Parties and Dignitaries, and Representatives of Services, University,  County Councillors and Supporting Organisations then followed the Kernow Band down through the town  and onto the Prince of Wales Pier for the Memorial Service. The Band marched onto the Quay as the rest of the Parade gathered around the Memorial Stone.

After initial prayers the Padre talked about “why we are here” and said “It was to remember those called upon to lay down their lives so we could live in peace……. “

The Service continued with a reading of the Gospel by Father Ian Froom, the Town Mayor’s Chaplain.

After the Act of Remembrance, the Exhortation was read by Eric Dawkins MBE, St Nazaire Society.  There followed the Last Post, and two minutes’ silence and the Reveille, and the Laying of Wreaths and the Kohima epitaph and prayers.

The Parade Marshal ordered the Parade to reform and march to the Watersports Centre. It was 11.30 hours when the Parade  arrived at the Yacht Club and after the Pipe Major dismissed the Band he thanked the members for their performance and also Sue and John for travelling from Devon. A contingent from St John’s Ambulance asked if they could have a photo-shoot with the Band as they liked to pin photos on their notice board of their events. The Band were delighted to comply with their wish.

After the main Parade were dismissed everyone entered the Yacht Club for welcome refreshments just as the sun was making a late tentative appearance!

It had been a good Parade, the Band had looked as impressive as usual and sounded even more so and though it had felt chilly there had been no rain.

Tunes played during the morning included the following – Scotland the Brave Set, High Road to Gairloch/Murdo’s Wedding/The Bonnie Lass of Fyvie, Green Hills of Tyrol, When the Battles O’er. 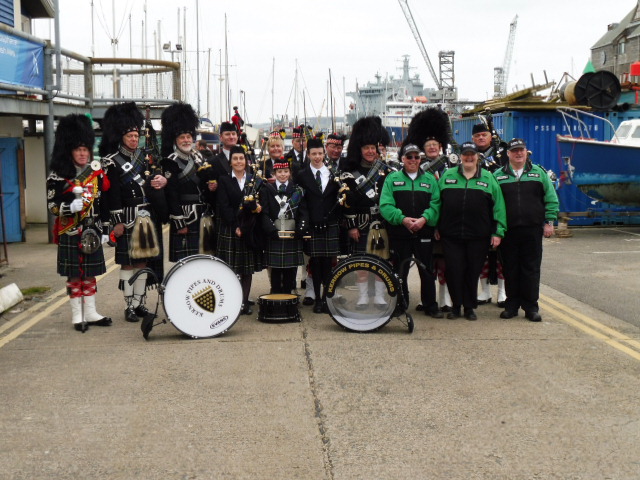 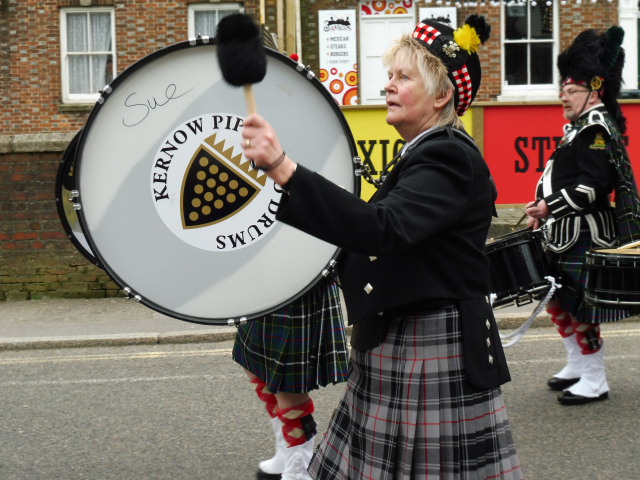 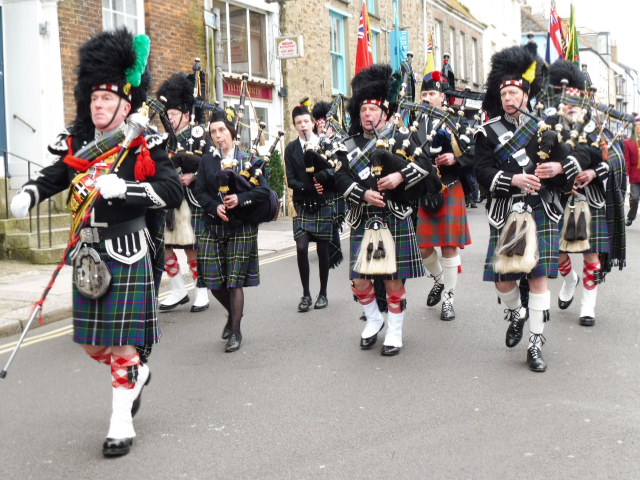 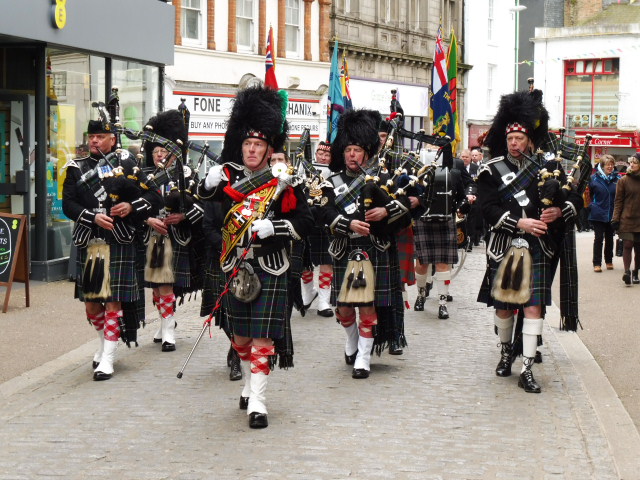 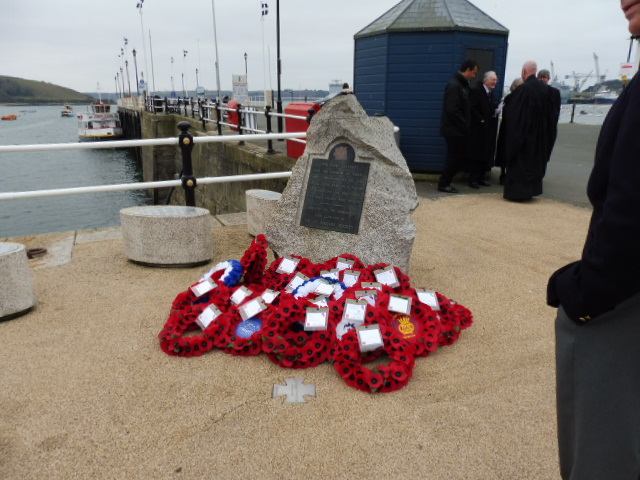 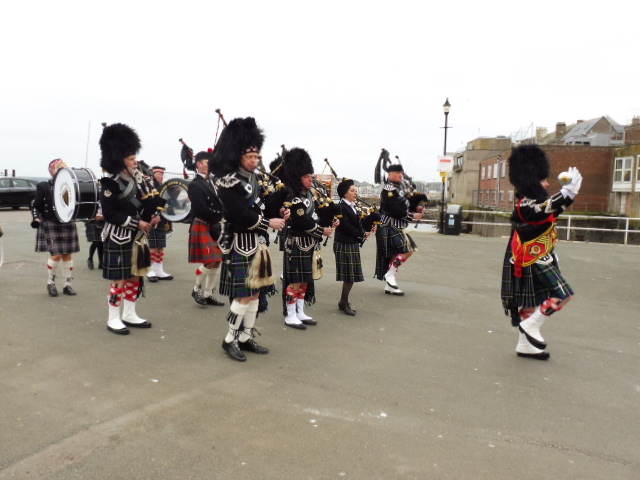 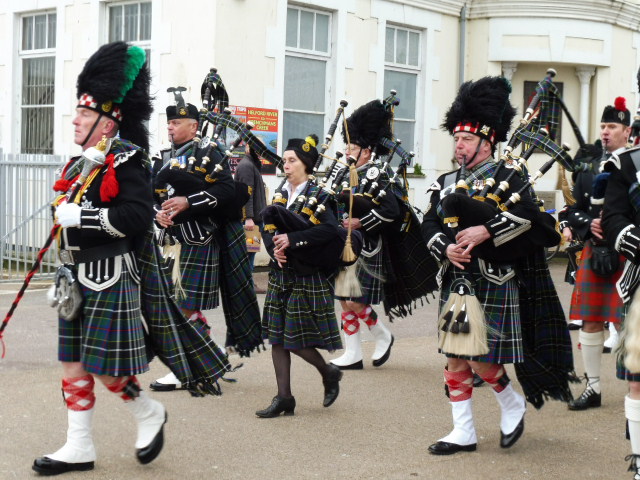 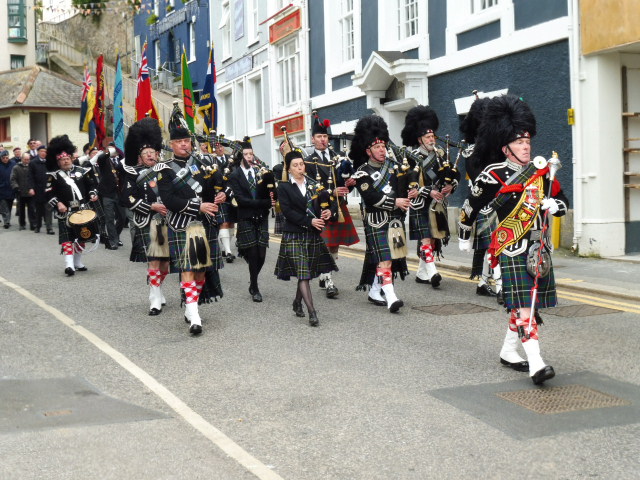 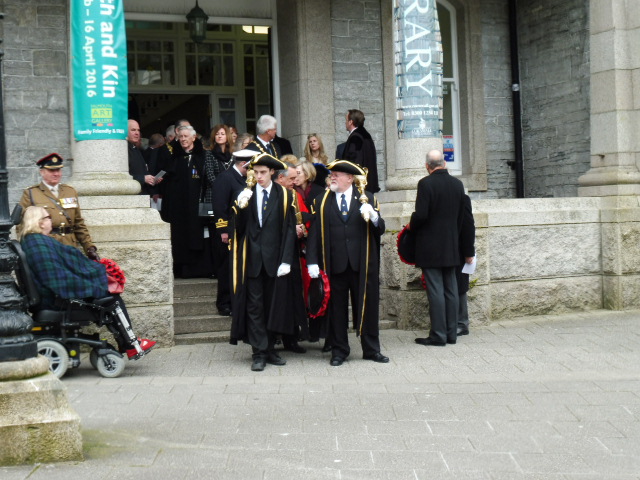 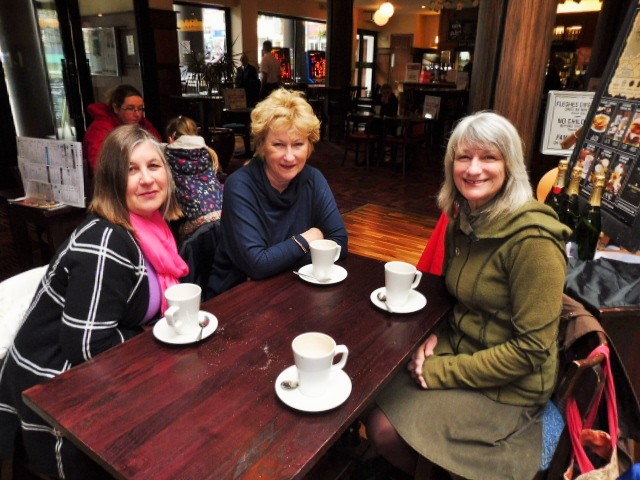