It was both sun and showers for the Mayor’s Civic Parade in Falmouth on Sunday and an excellent turn-out of members of 11 pipers and 5 drummers. The dress code was No 1s with glengarries By 09.30 hours the Band had assembled in the Quarry car park and were tuning-up and the sun was out. After a stop for coffee in the Civic Hall the Band assembled on the Moor ready to escort the Mayoral Party of Mayor, Mace Bearers, Councillors, Dignitaries and visiting Mayors, Standard Bearers, and RAF and Police Cadets.

At 10.40 hours the Parade Marshall brought the Parade to attention and the Band led the procession down to the Church of King Charles the Martyr. Half way down the road the there was a short deluge and little evidence that the public were prepared with umbrellas!

The rain stopped and the sun shone for the remainder of the walk until on approaching the Church the heavens opened and the rain came with a vengeance as the Band formed a circle and played on as the rest of the parade entered the Church for the Service. The Parade Marshal brought the cadets to attention and they joined the queue to enter the Church.

The Band were dismissed and retired to the church restaurant for refreshments kindly provided by the Church and run by the volunteers. It was an appreciated, very welcome, break from the wet weather. By 11.50 hours the Band had reformed outside and escorted the parade down to the Water Sports Club where all had been invited for lunch, passing the Mayor, Mace Bearers and party who took the Salute on the Dias outside Tragos as the Parade marched past.

After the Parade Marshal brought the Parade to attention, the Band were thanked, the Pipe Major said a few words to the Band and they were dismissed. It had been a good parade with the Band performing superbly and the weather had at least given some sunshine. 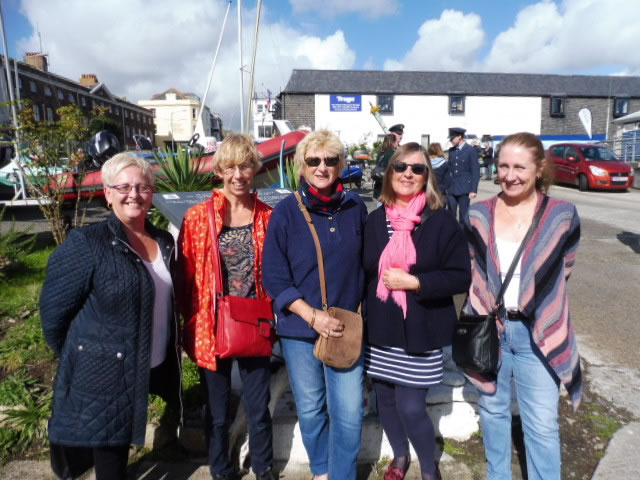 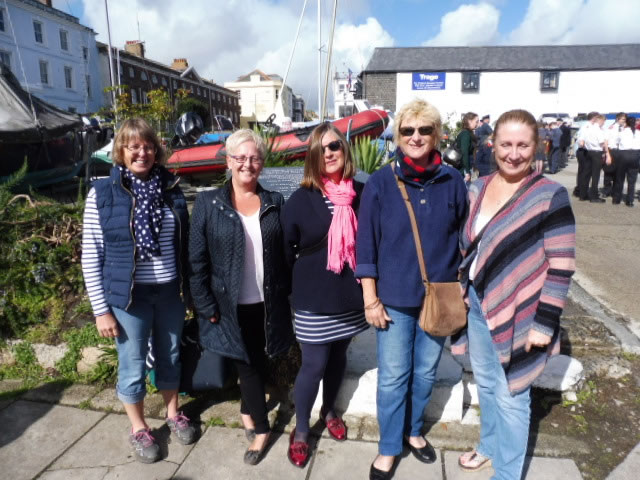 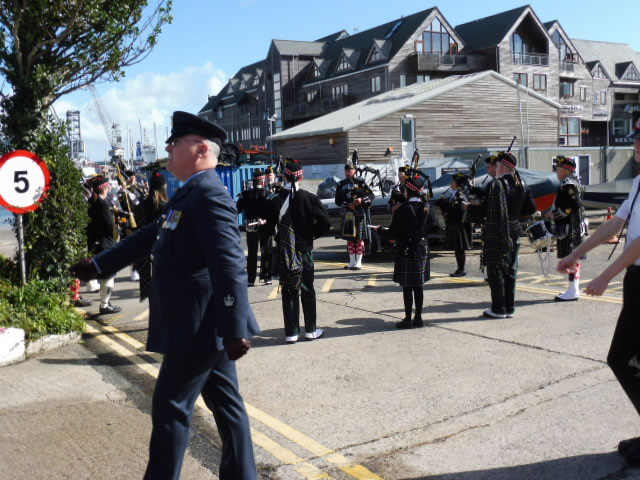 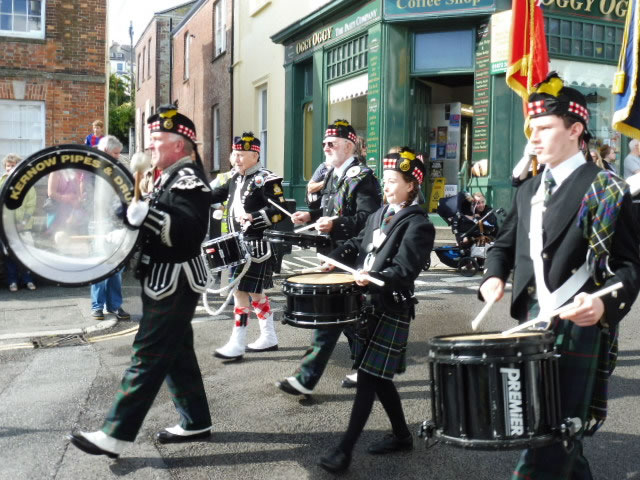 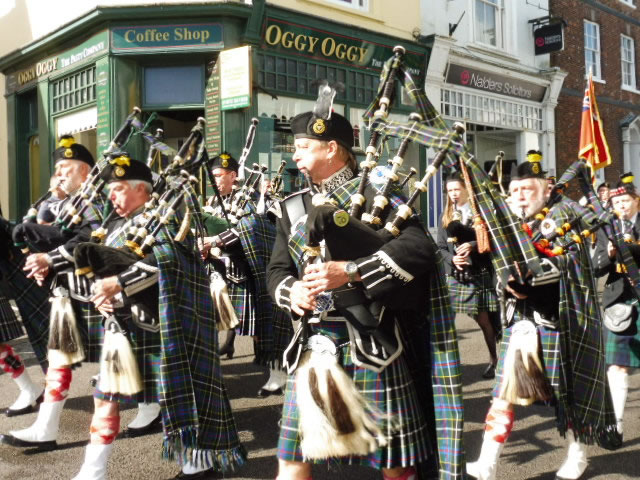 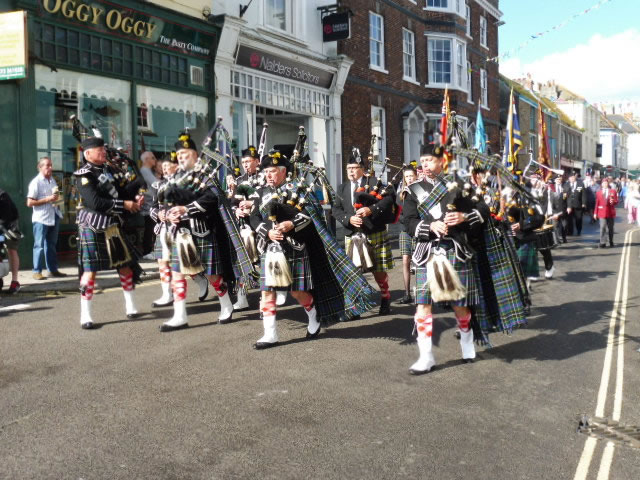 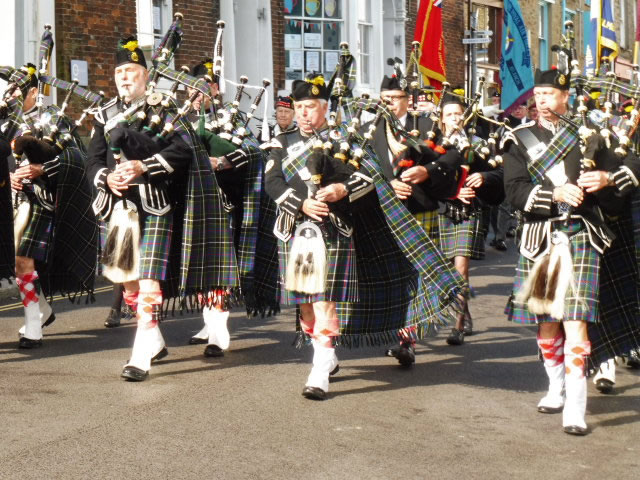 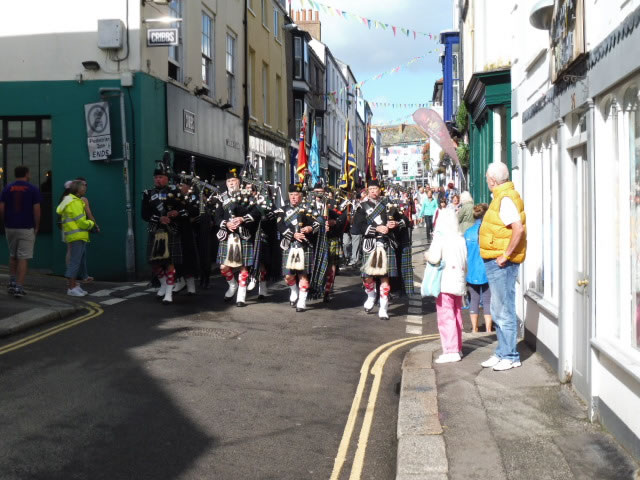 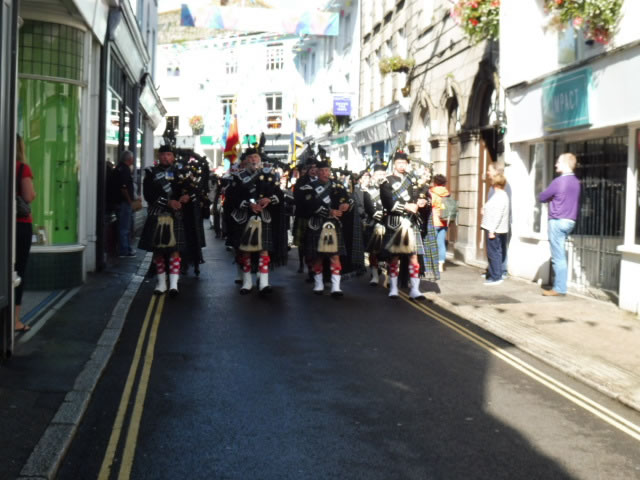 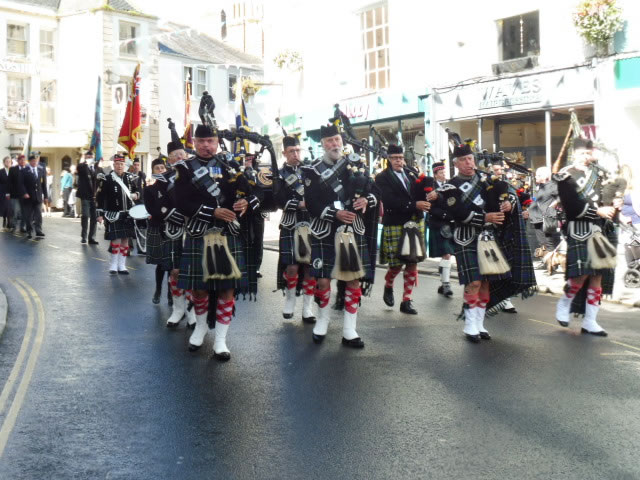 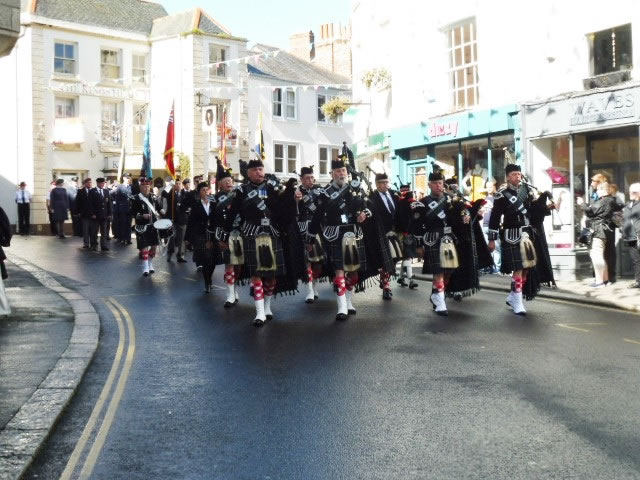 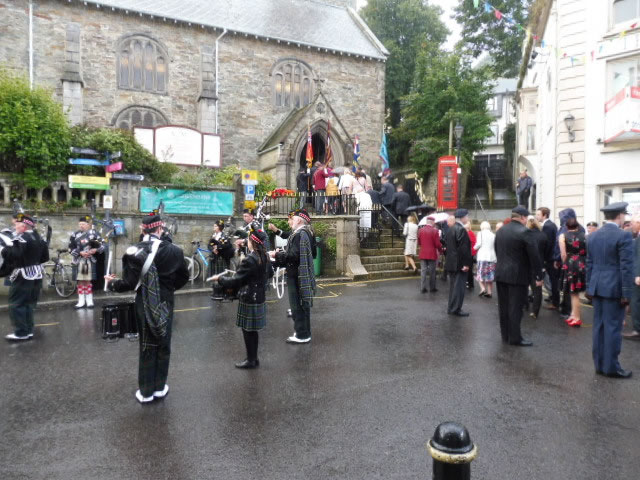 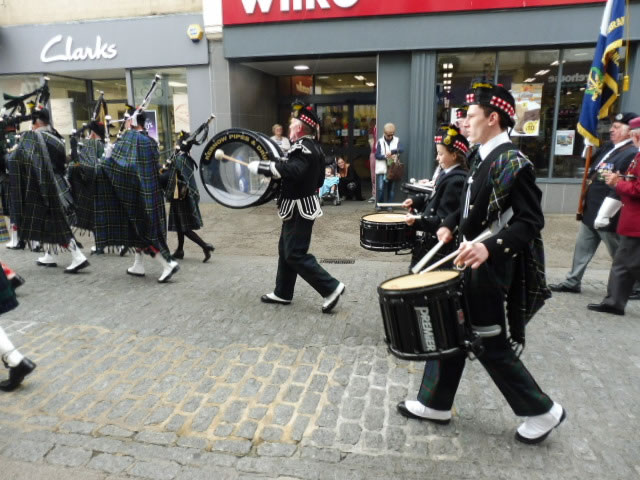 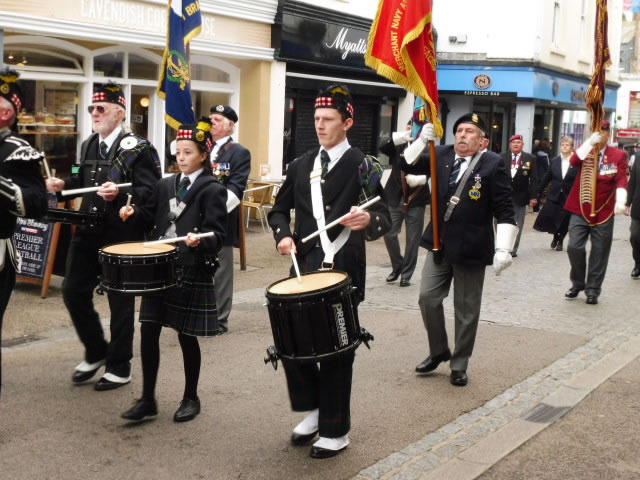 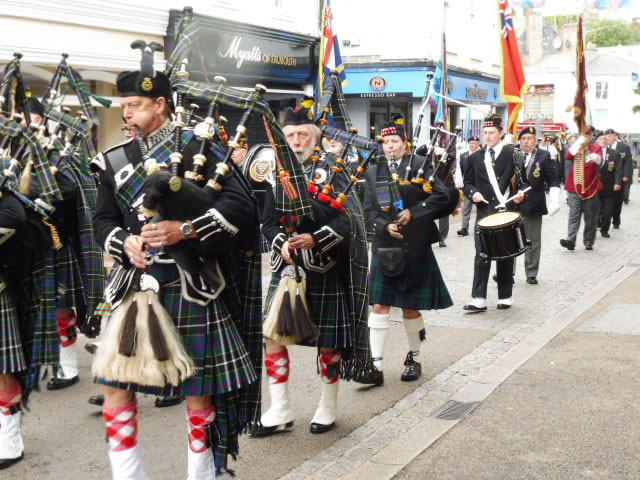 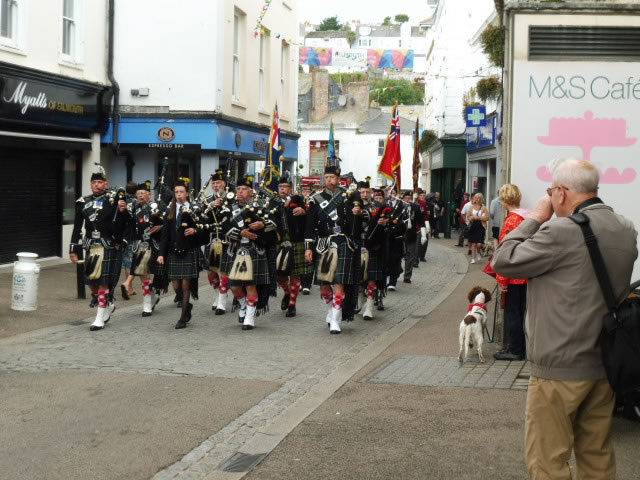 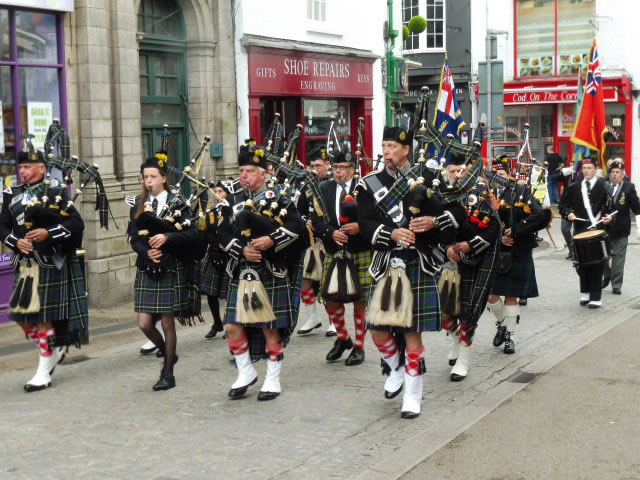 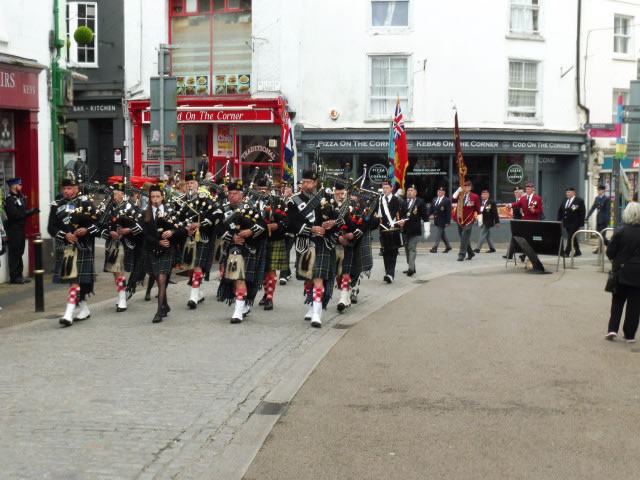 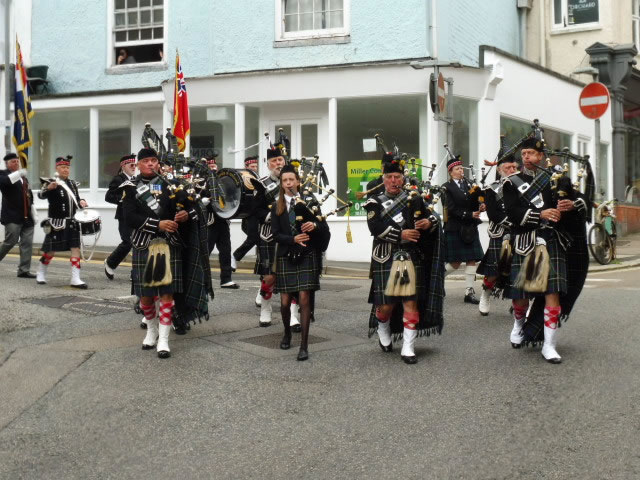 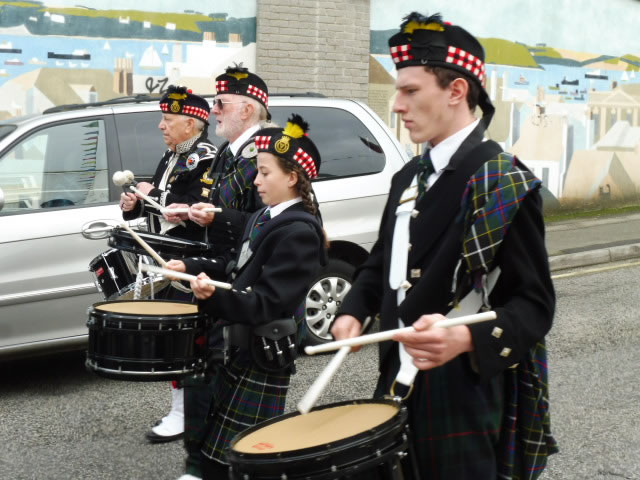 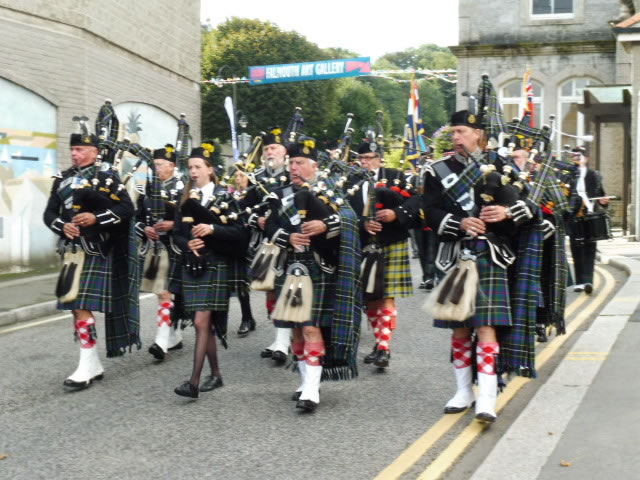 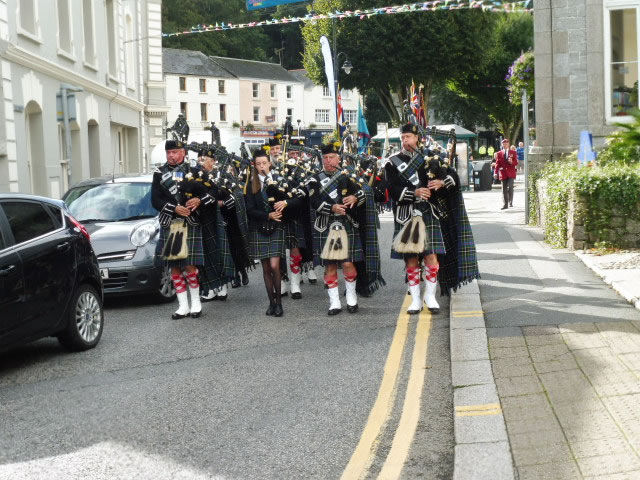 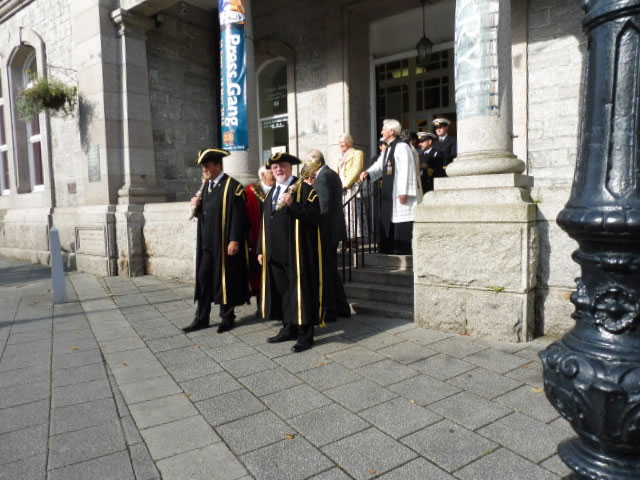 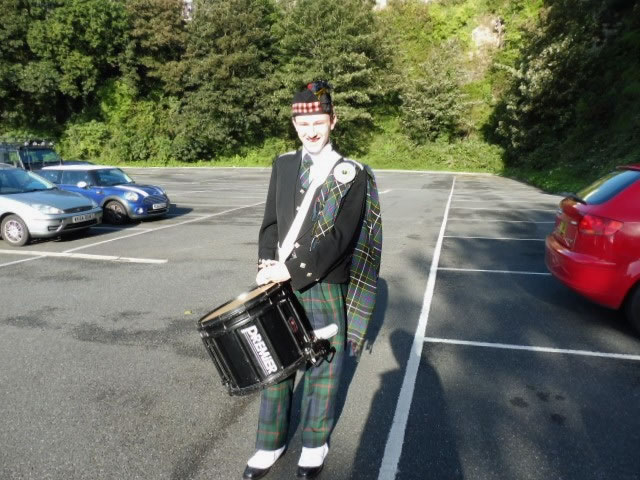