Except for the occasional light drizzle, the weather in the evening was dry. The Kernow Band had the last slot in the procession and at 7 pm the long procession started off with a dancing Samba Band.

There was a carnival atmosphere as the Christmas lights were switched on with crowds at times eight deep on the pavements. There were several bands which included Samba Bands and a Brass Band interspersed among the hundreds of revellers in fancy dress.

As well as playing on the march, the Band stopped on occasion to play a medley of tunes which included Trelawney, Scotland The Brave,  Bonnie Galloway, Green Hills of Tyrol, When the Battles O’er, and When The Saints, Na awa tae bide awa and signed off with Auld Lang Syne. 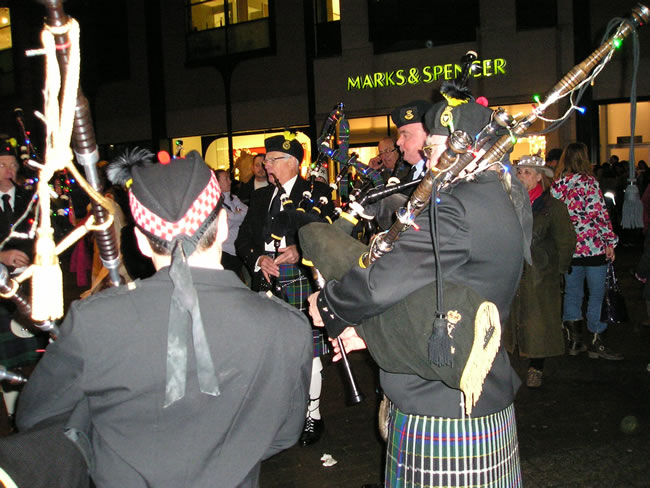 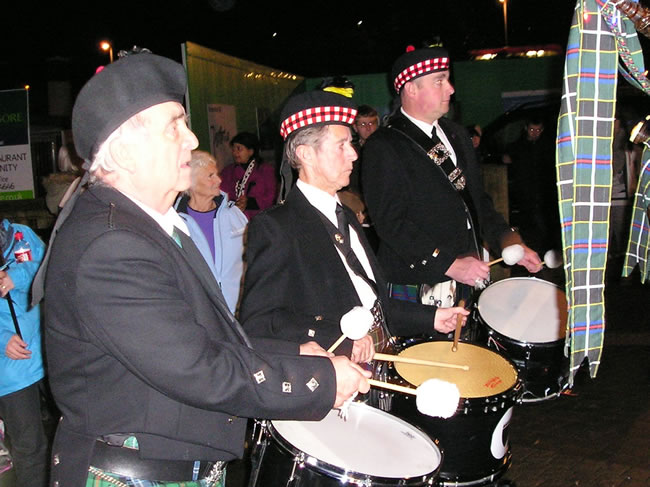 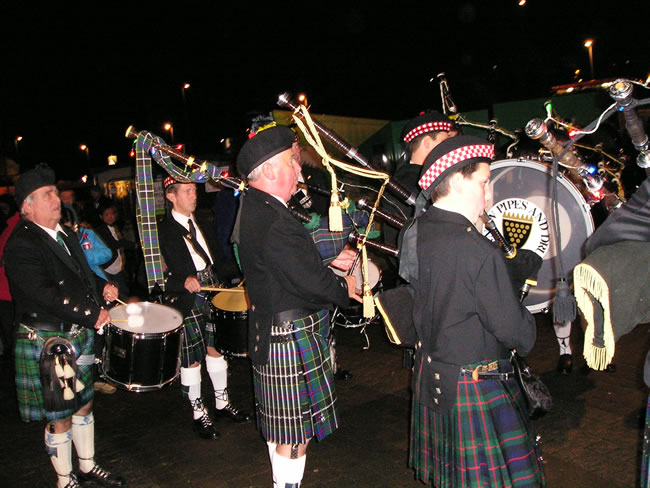 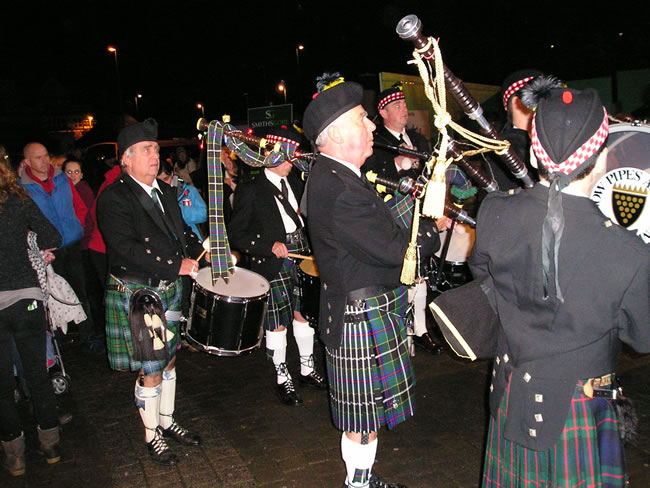 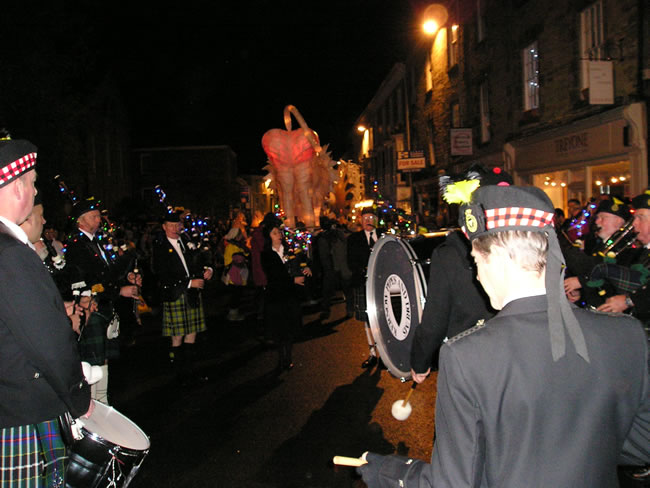 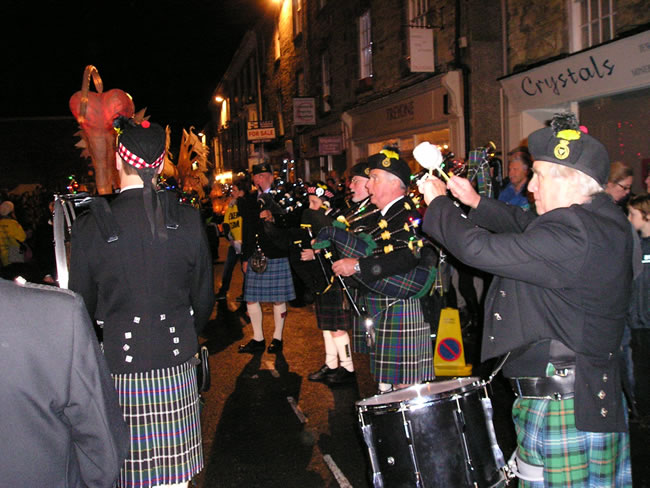 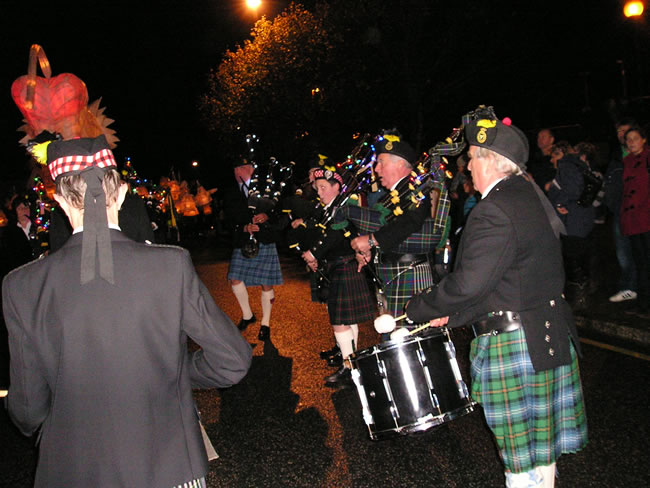 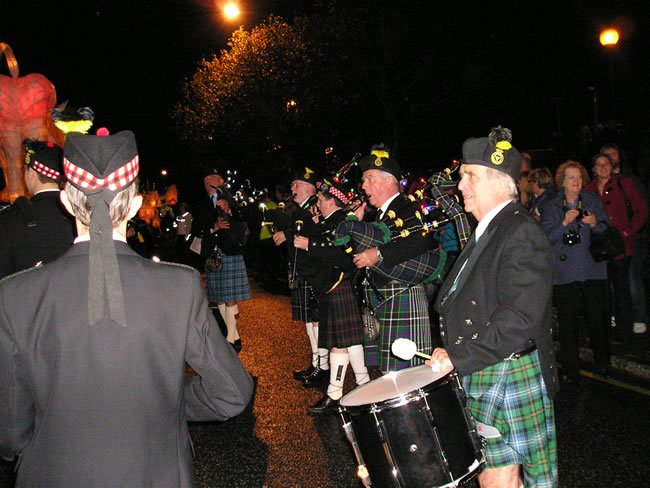 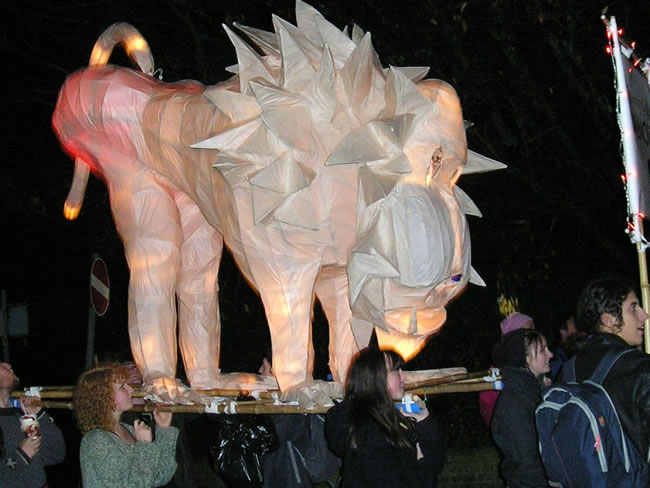 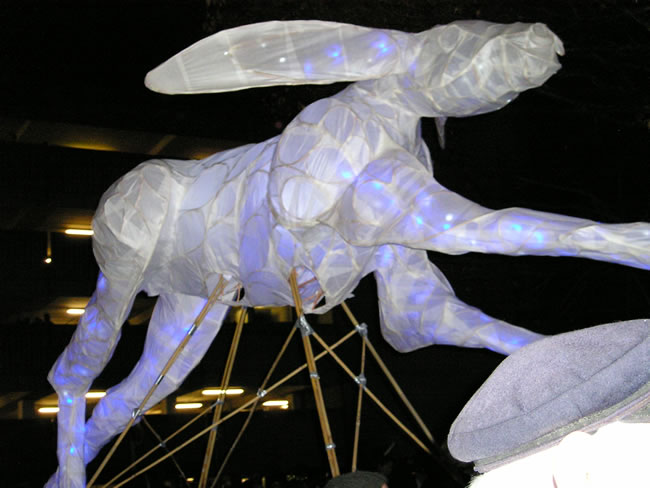 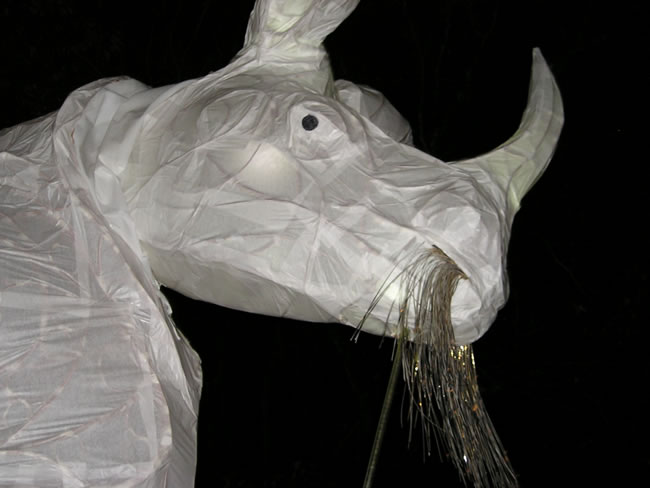 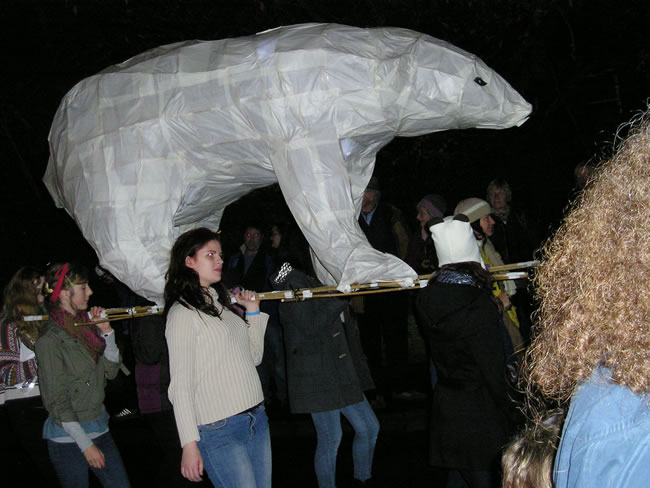 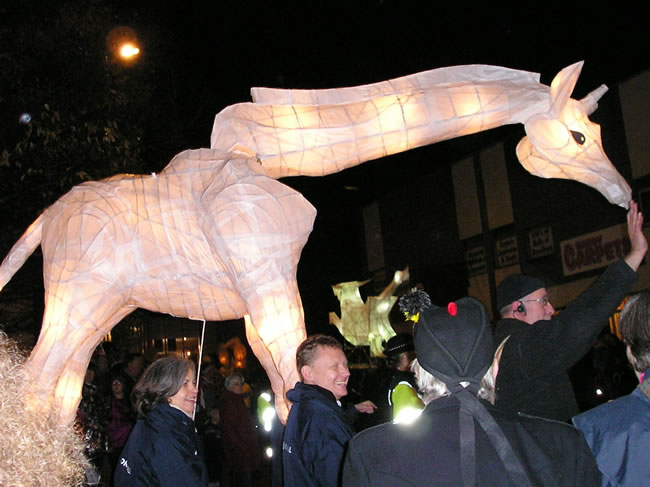 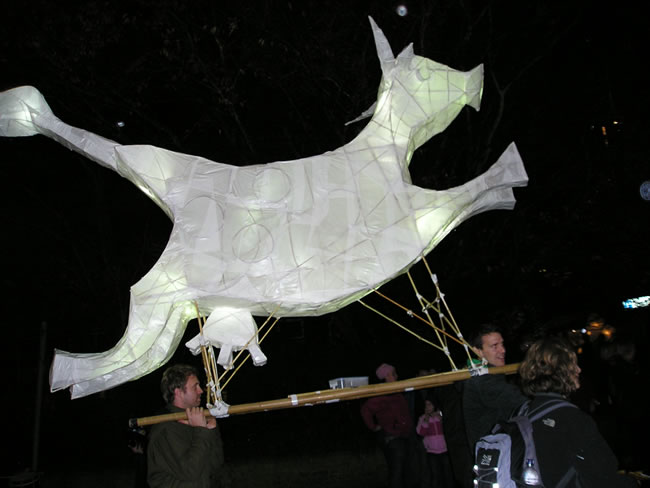 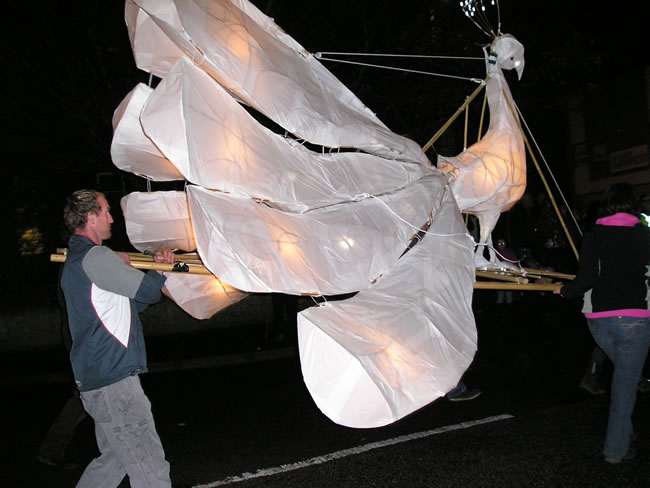 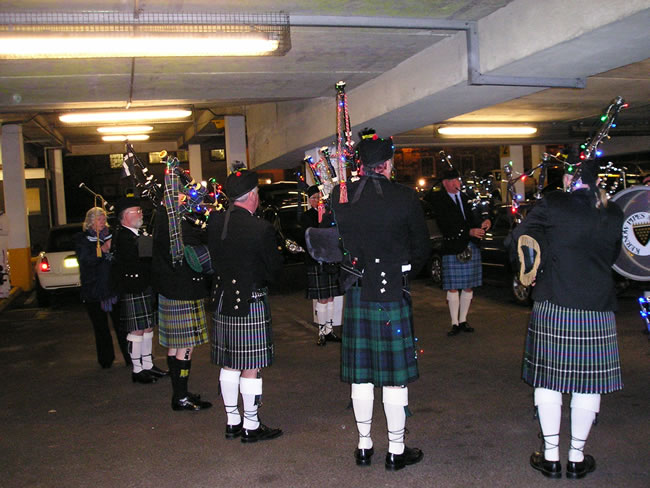 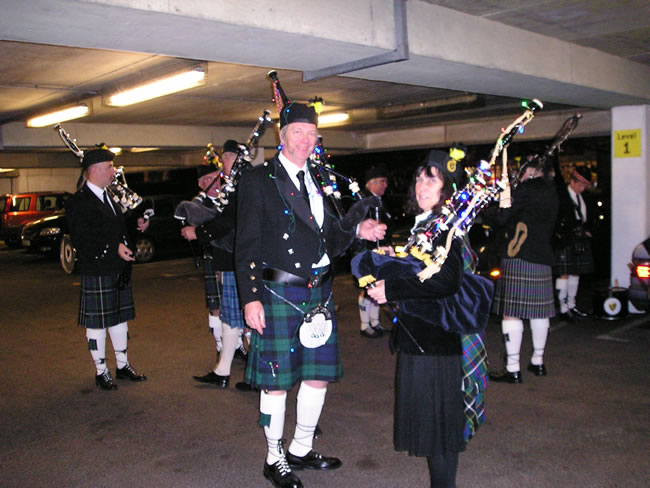 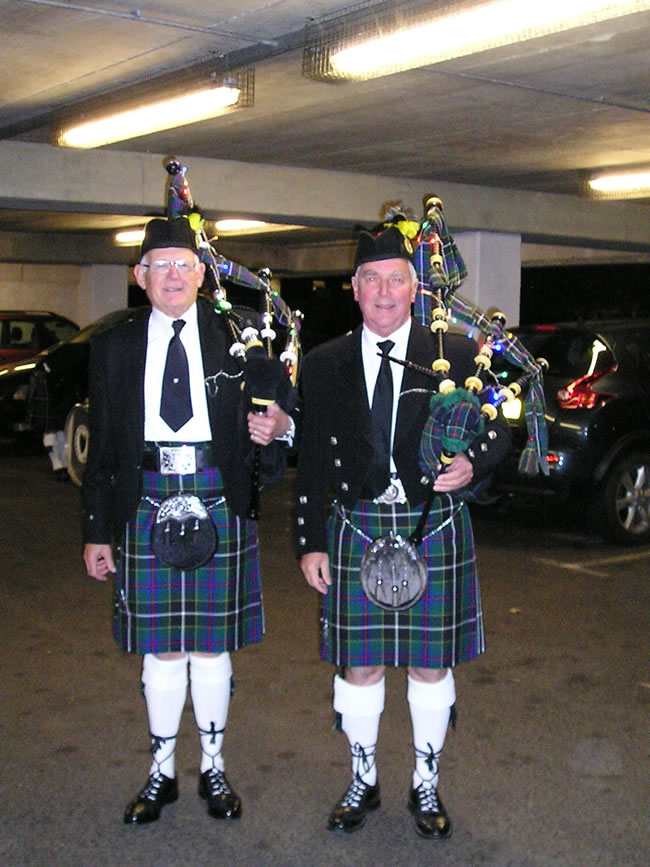 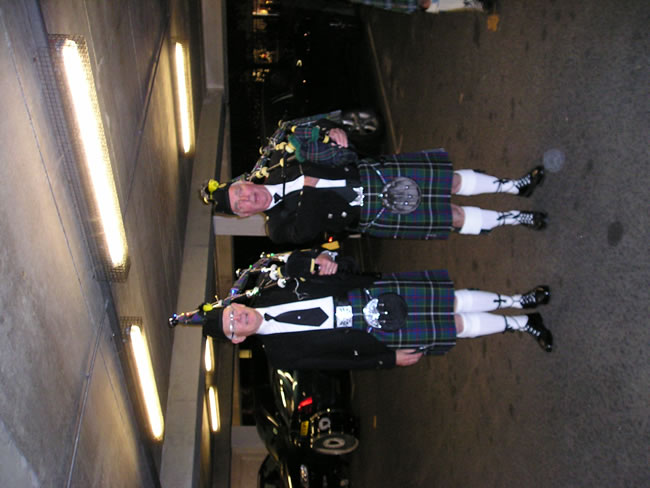 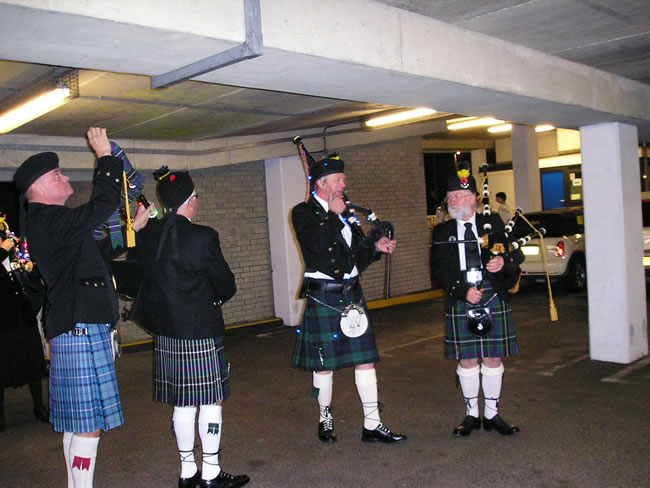 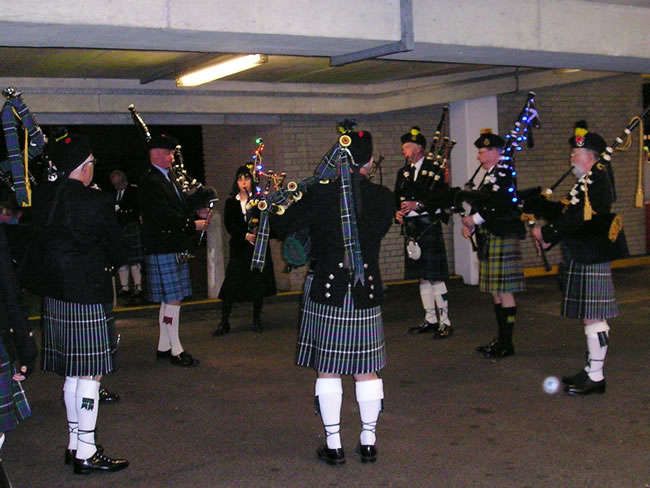