At first the event in Truro had been brought forward two hours to 4 pm then after a frantic phone call that the marchers were due to arrive at the Barracks at 3.30 we left an hour early.

Driving down to Truro we thought we might catch up with them but there was no sign as we arrived. In spite of the last minute time changes it was a good turnout. There were four drummers and six pipers, which rose to seven when a band member arrived from a parade he had attended (it being Armed Forces Day) in time to take part.

The forty odd members of the 6th Rifles Territorial Army had started out from Plymouth around 5 am – some walking, some on bicycles, and some running. They eventually entered the barrack gates looking weary but cheerful and smiling. It was a Charity event and a good exercise!

The Band played a medley of tunes to welcome them back and it was widely appreciated as the soldiers clapped and later thanked them and shook hands. Everyone was invited in for a drink at the bar. 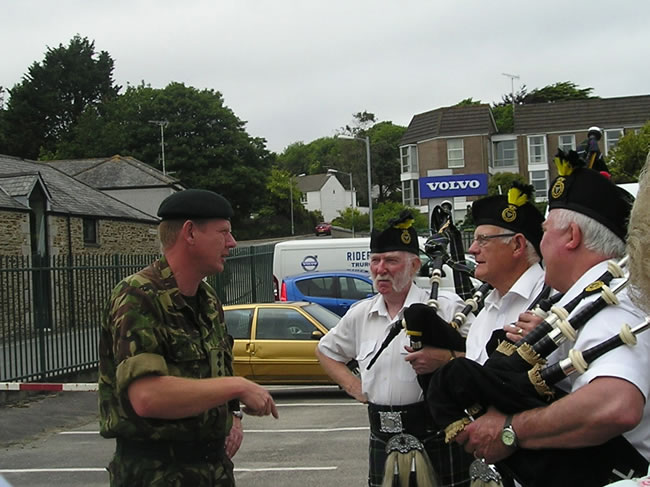 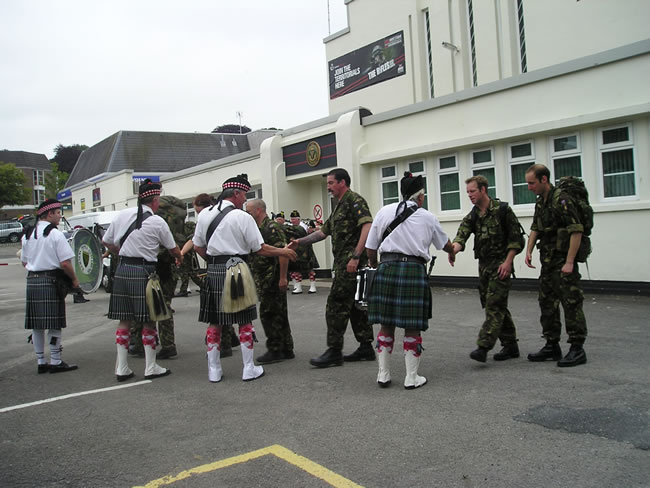 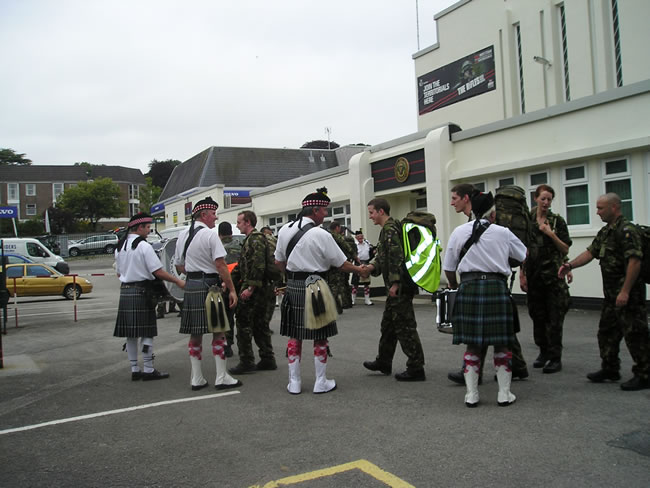 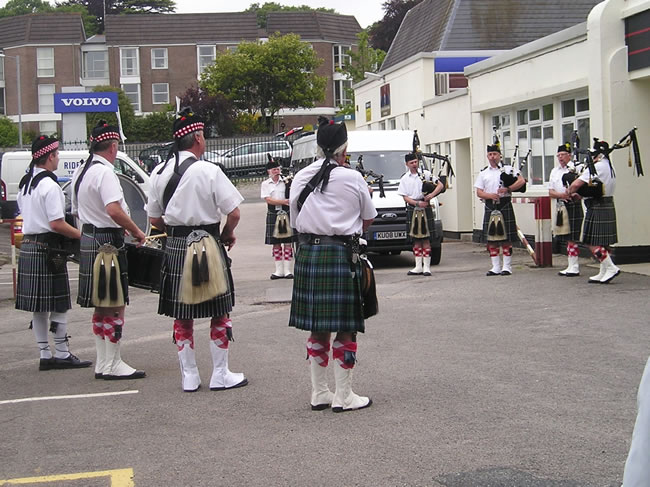 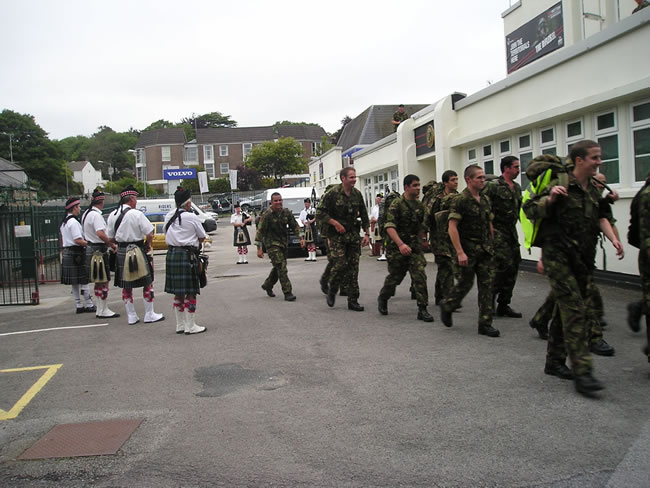 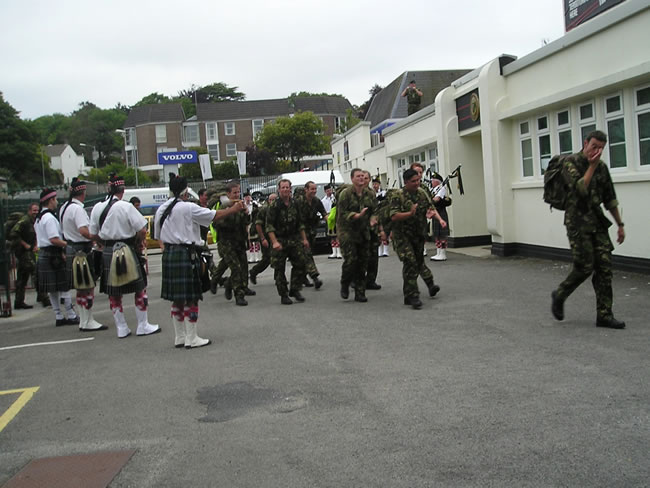 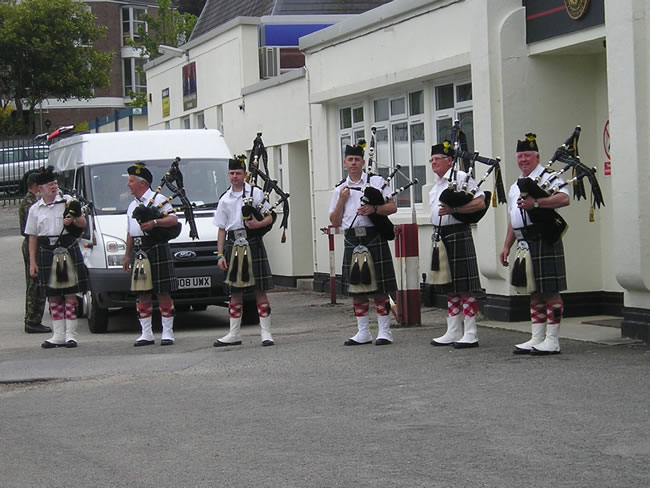 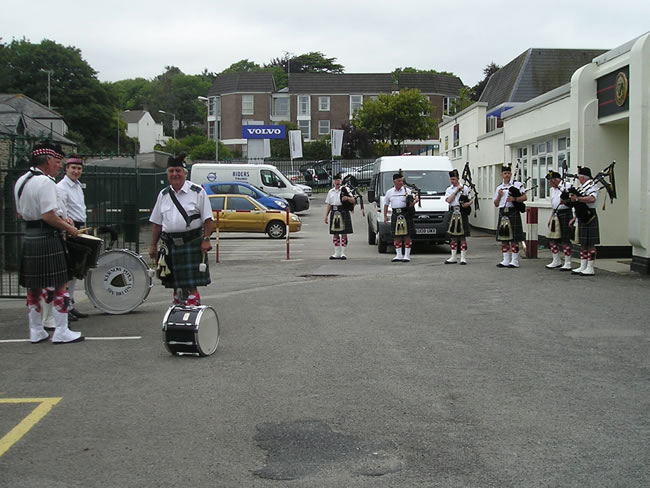