It had been raining on and off all day and the evening looked to be no better as Band members arrived in the wet field and tuned up in the car park. The Carnival field was gradually filling up with floats and fancy dressers and the parking area was soon full. The weather was certainly not deterring anyone from taking part. The wind was brisk and the drizzling rain continued right up to the start of the Parade. The Procession started at 7 pm and was led by the Marazion and St Hilary Schools Band followed by two more entries then the Kernow Band. There was just enough space to separate the two bands from overpowering one another musically.

Among the entrants were nursery school children in fancy dress, various lorries portraying humorous themes, a horse rider, an ambulance, the Coastguard, and St Petrocs Sea Cadet Corps were much in evidence with collecting boxes along the route. There was a good turn out of band members – eight pipers, four drummers and the Drum Major.  Dress was No 2s with Glengarries and capes.  Unlike previous years when the band stopped to play at the crossroads while the rest of the carnival went to the end of town, this time the Band accompanied the procession all the way, stopping to play twice and on the return journey stopped at the crowded crossroads to play a medley of tunes. In spite of the dismal weather the roads were crowded with cheerful locals and holiday makers who showed their appreciation of the Kernow Band with enthusiasm.

It had been a good Carnival, the Band had played to its usual high standard and the rain had not returned and the members soon went home as it was an early start in the morning for Newquay Lifeboat Day. 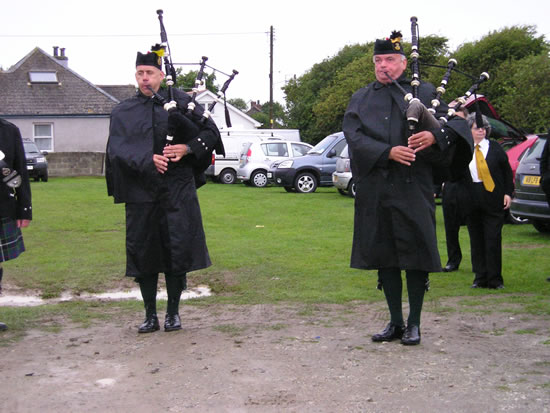 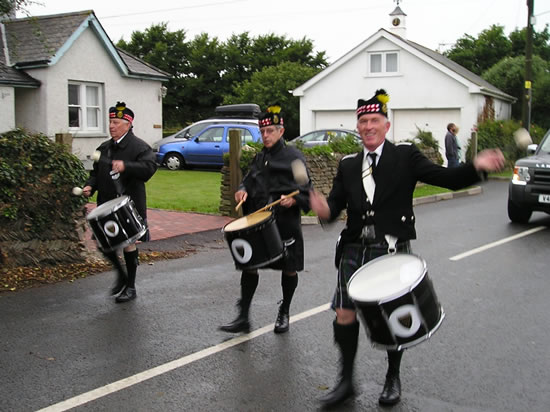 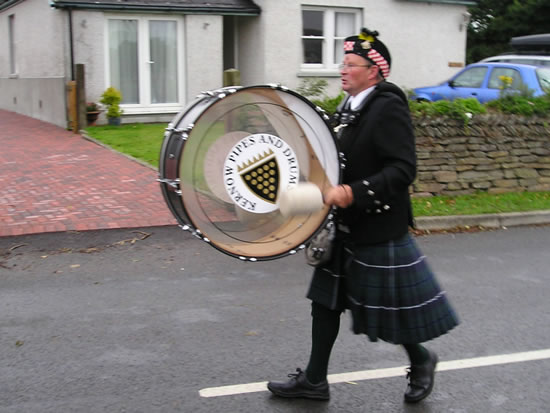 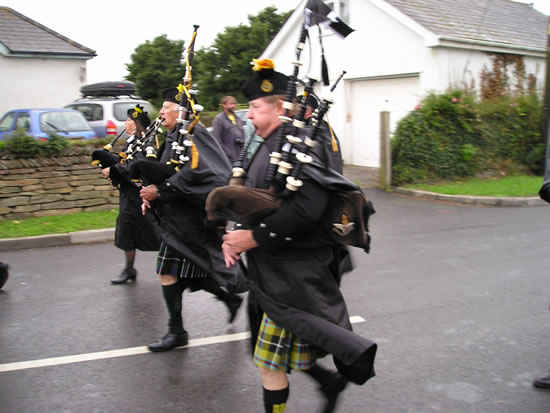 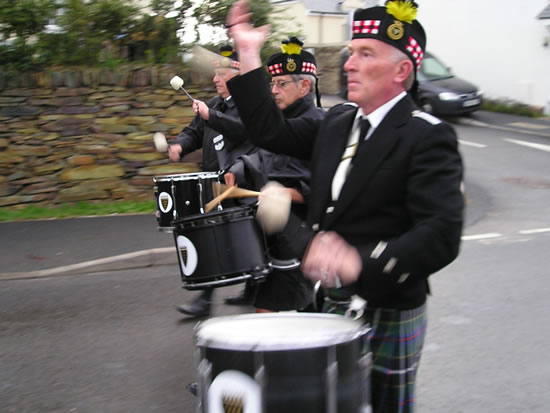 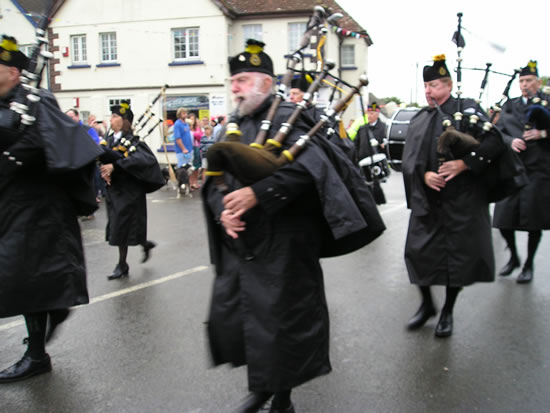 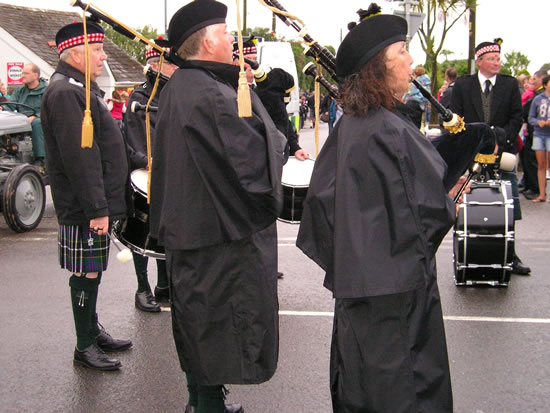 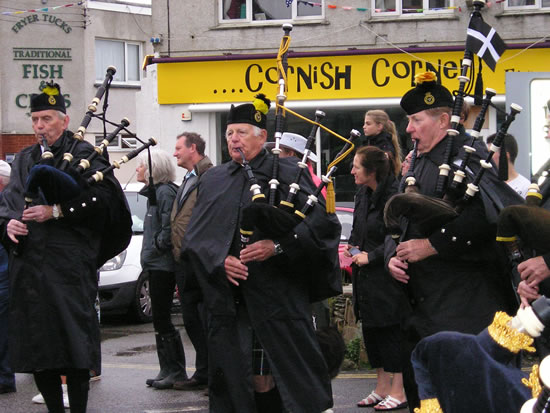 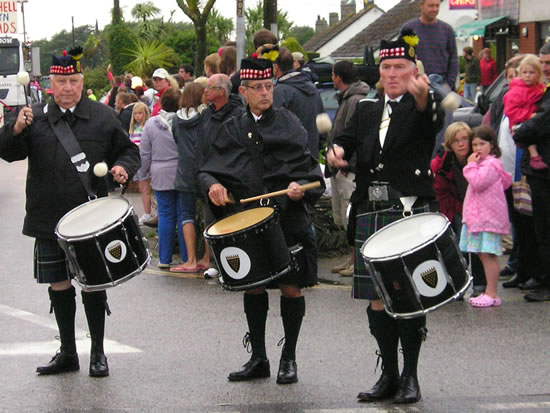 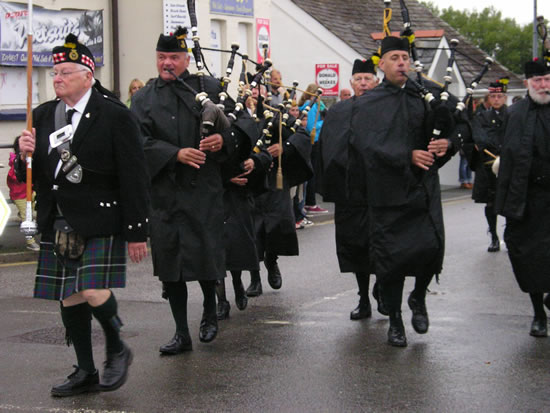 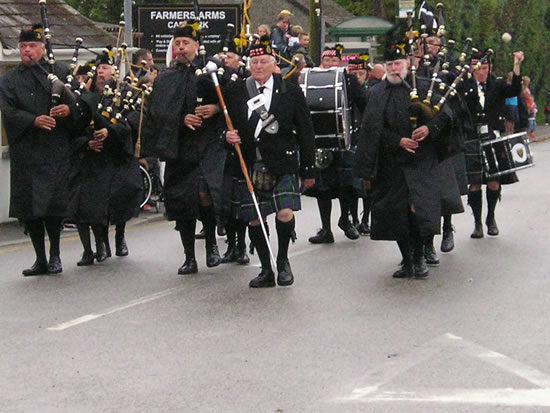 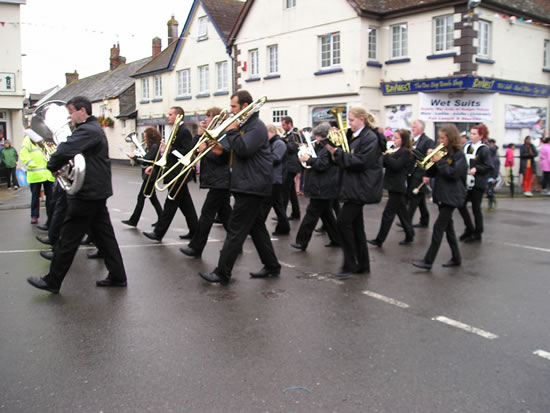 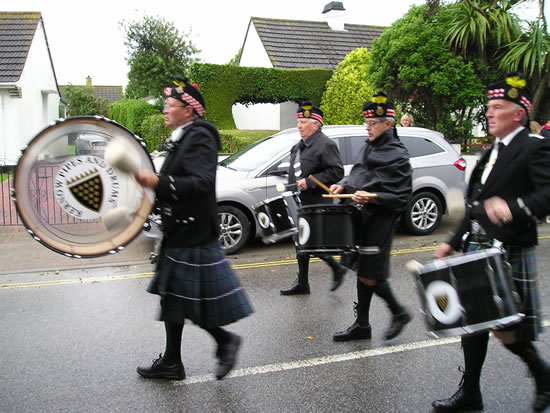 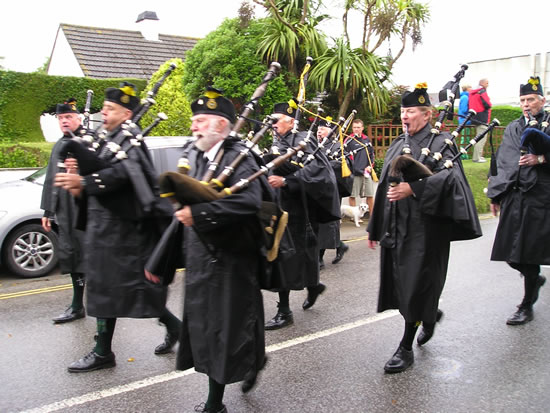 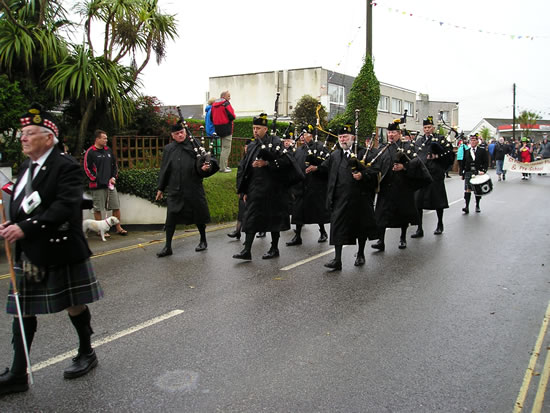 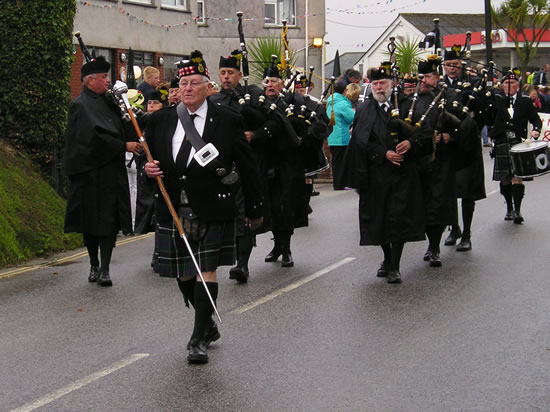 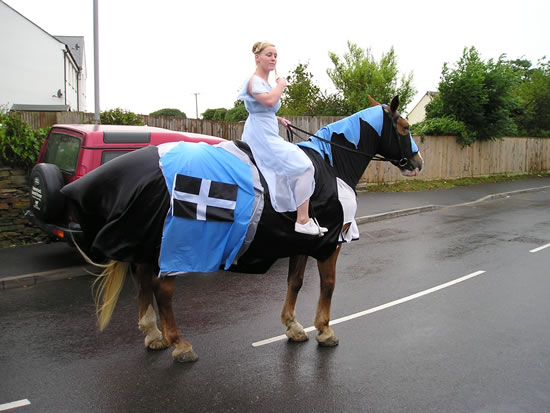 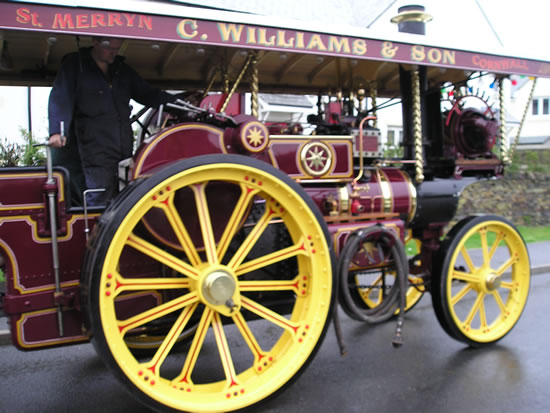 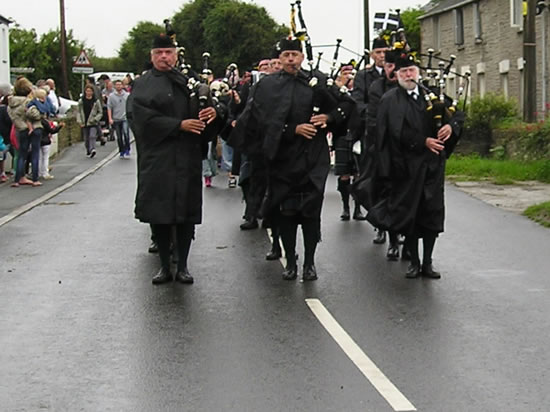 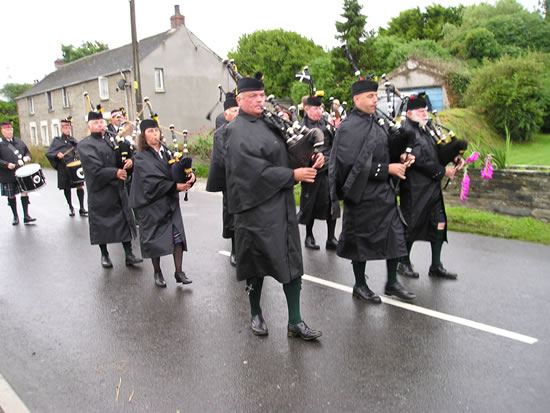 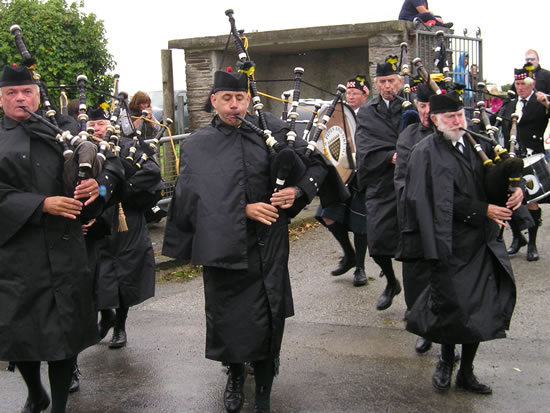 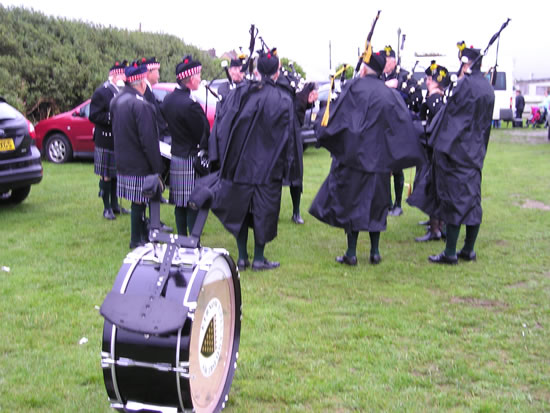 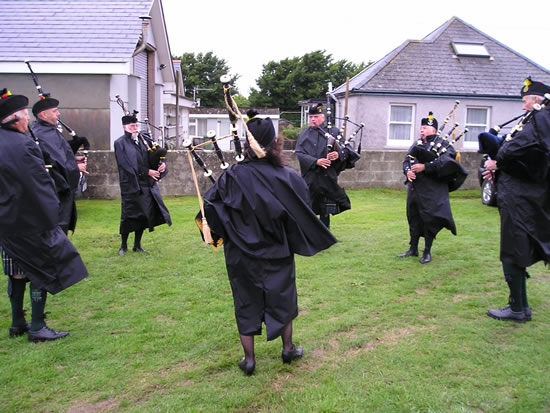 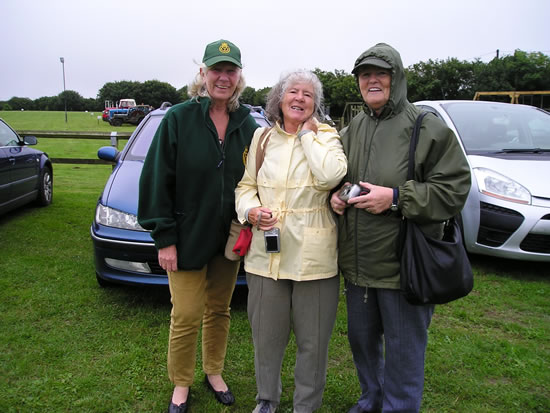