The Band met in the multi storey car park at 17.30 hours and the weather that evening was blustery with a bitter wind chill factor and intermittent hail showers. The City of Lights Parade was to use a longer route in this their 17th year so more people could enjoy the procession.

It was to be No 1 Dress code with Glengarries – with capes on hand should there be persistent rain. It was a good turnout of ten pipers and four drummers.

At 18.30 hours the Members made their way up the hill to Truro Girls High school where the Parade was to start. The Kernow Band would be the final event in the long Parade. Taking part also were five samba bands, a silver band, a folk group and dancers. There were numerous Giant lanterns and hundreds of smaller ones carried by children, to name but a few of the entries.

A Samba band led the parade with dancers and the Kernow Pipes and Drums were to bring up the rear. The parade led off at 19.00 hours and it was 19.40 by the time it was the Band’s turn and 20.40 when they finally reached the end. In spite of the cold weather, thousands lined the streets and they cheered and clapped enthusiastically when the Band passed by.  The route down through the town was Falmouth Road, Lemon Street, Boscawen Street, River Street and Frances Street to finish in the park beneath the viaduct.

Although the evening had been very cold with blustery rain it had also been an imaginative and highly entertaining Lantern Parade. 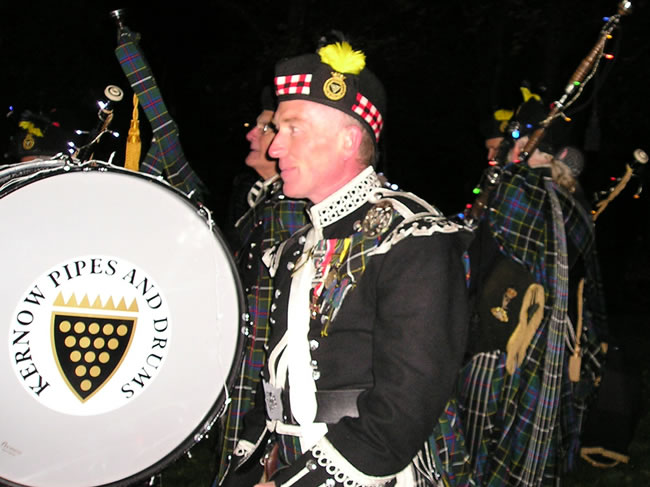 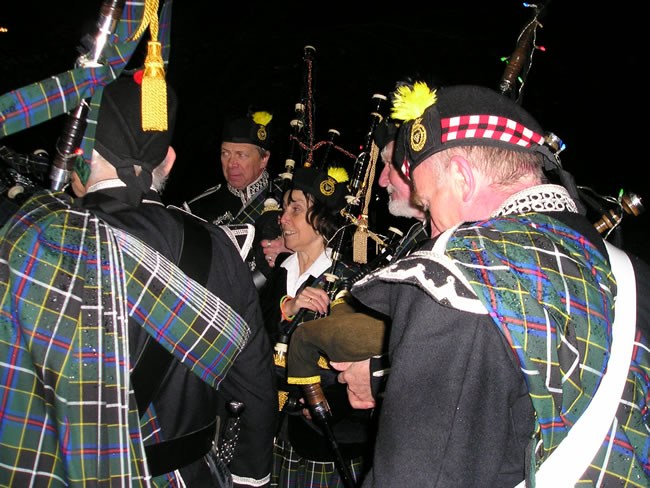 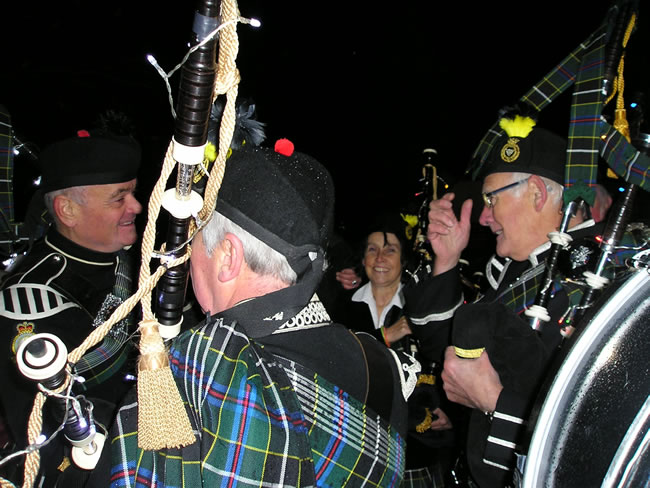 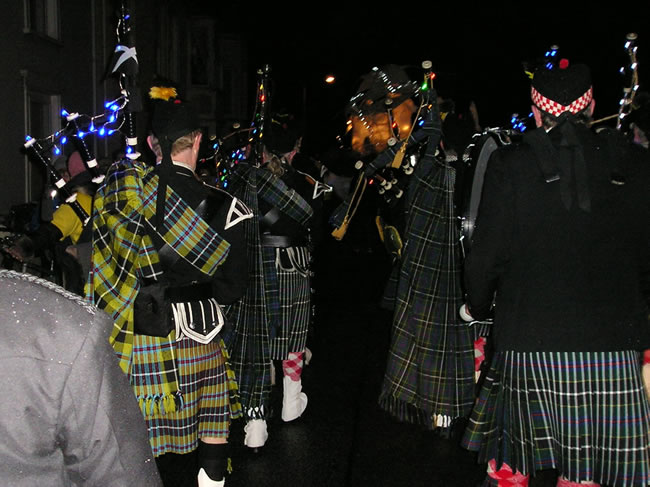 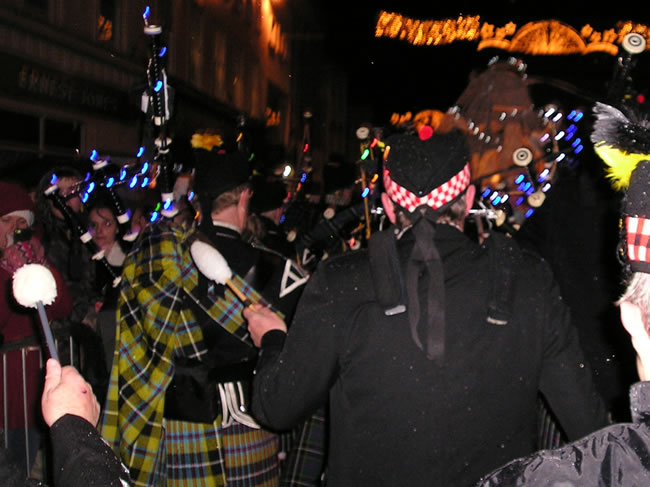 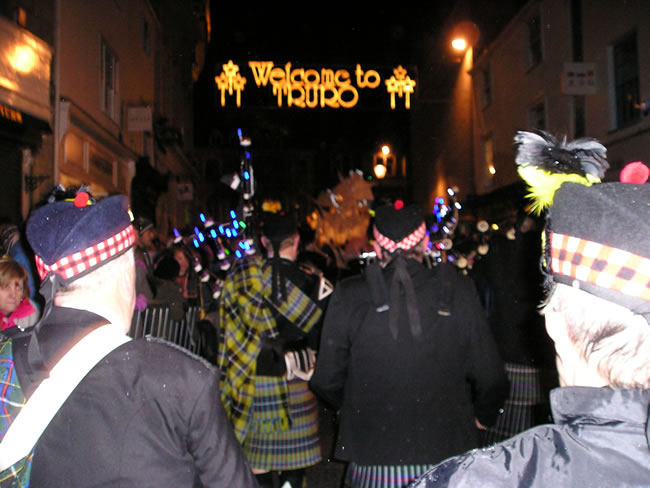 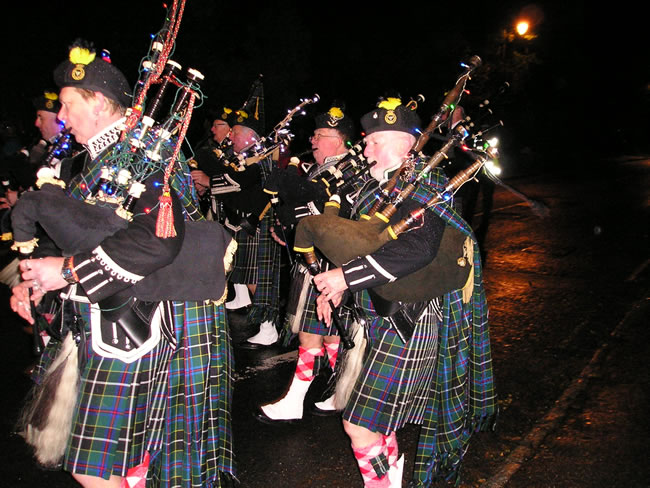 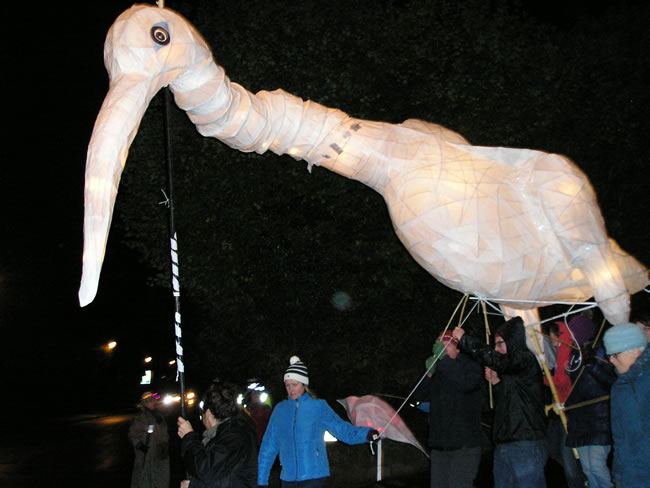 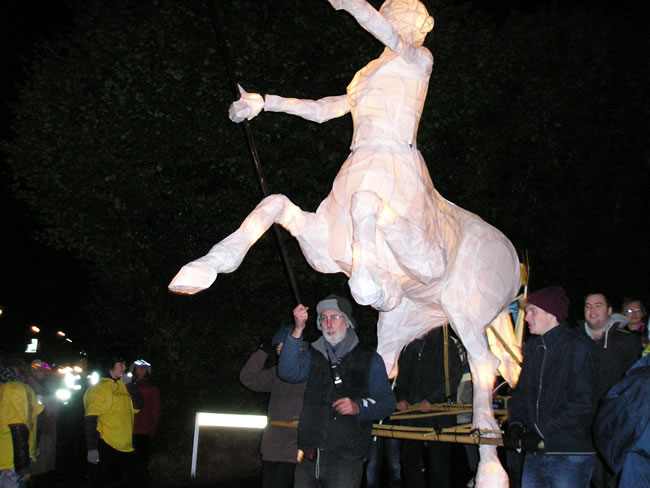 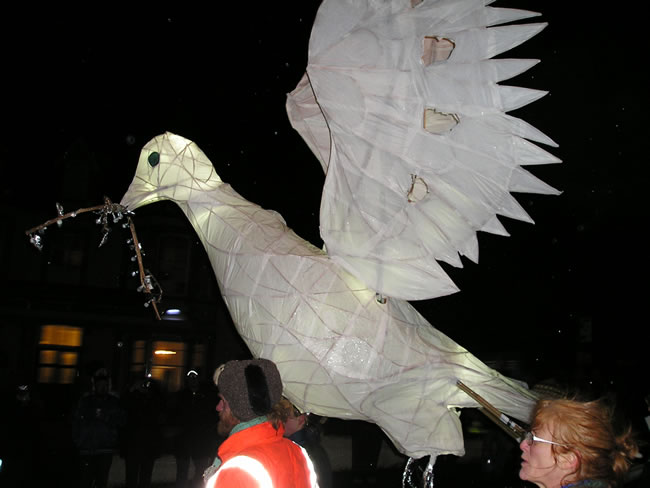 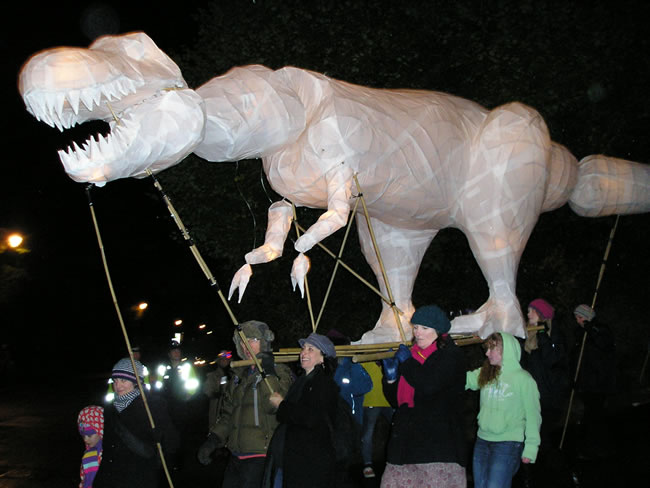 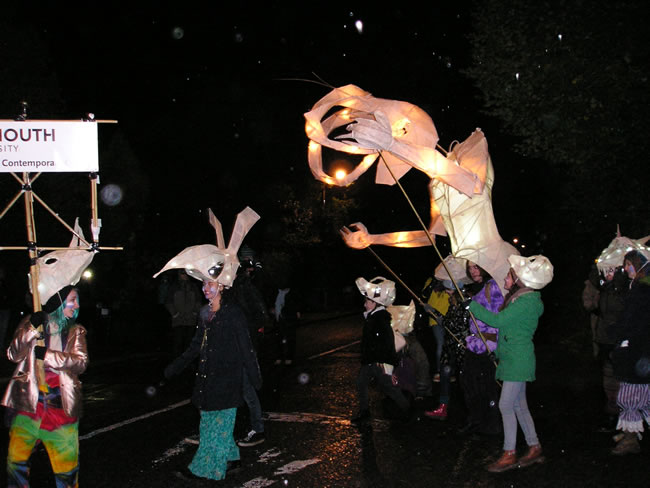 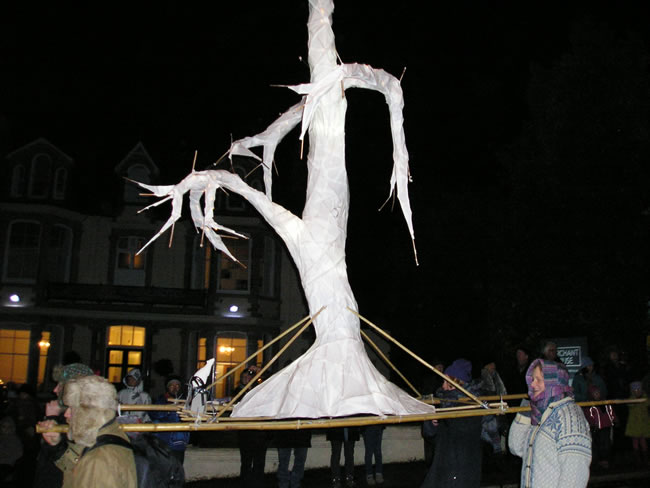 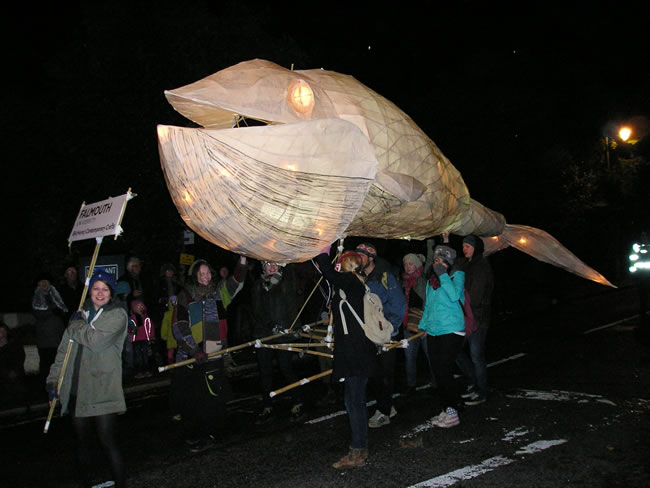 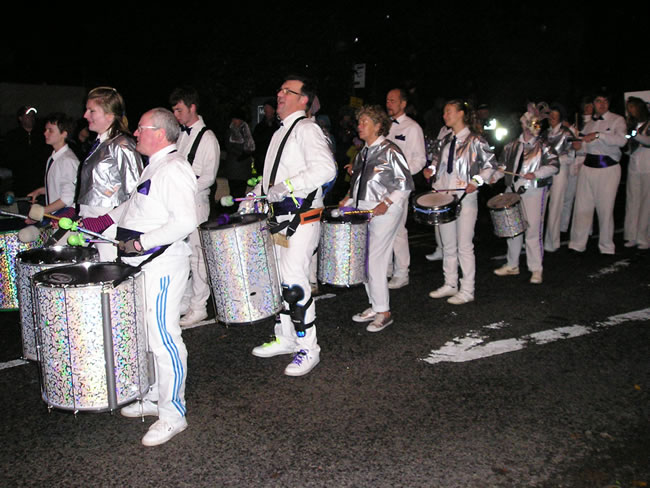 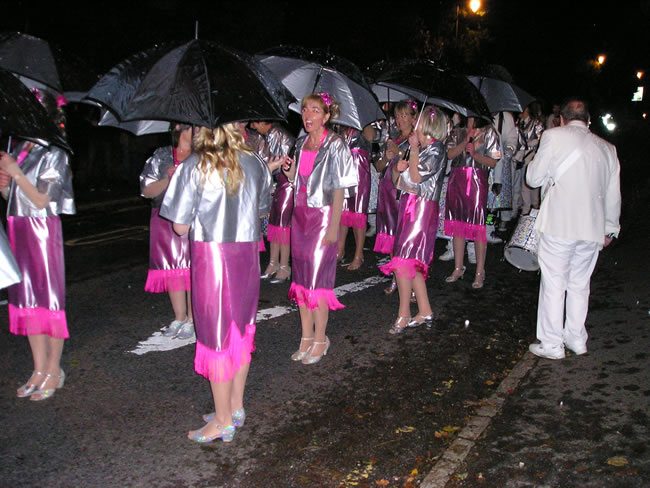 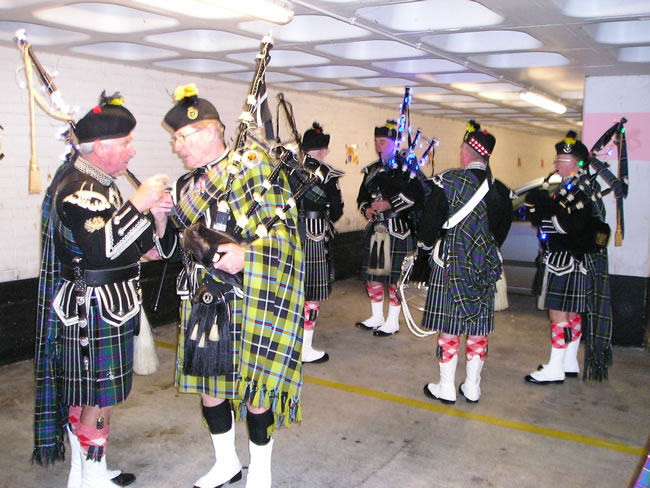 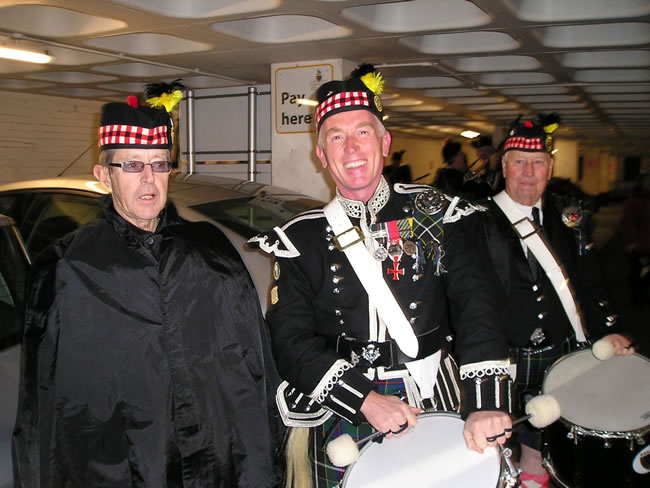 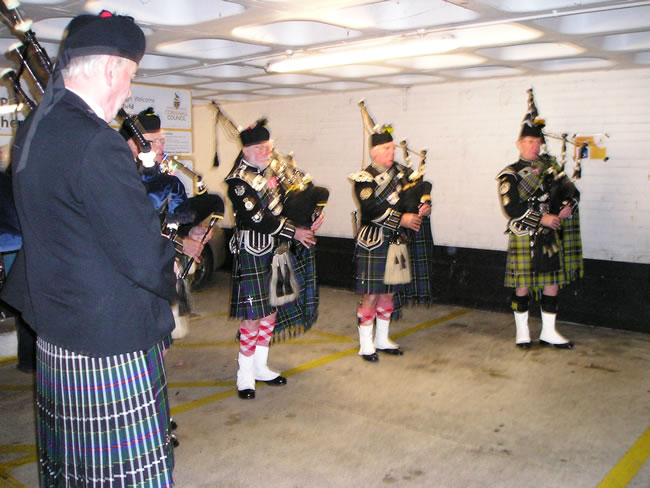 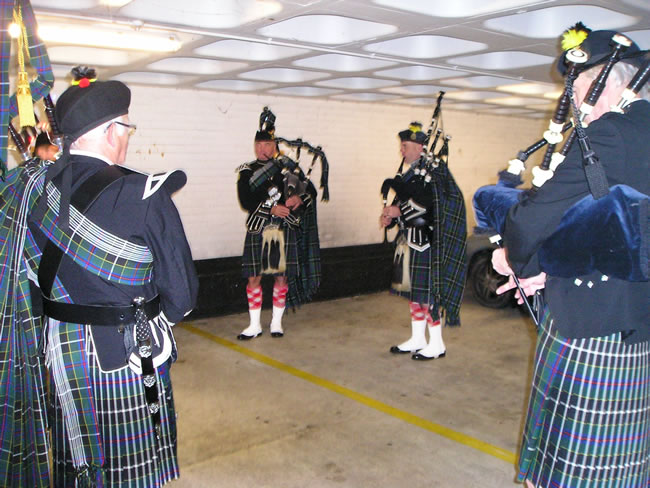 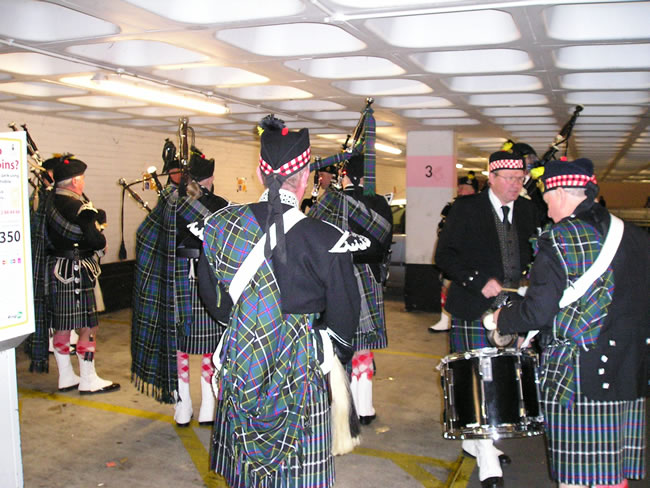 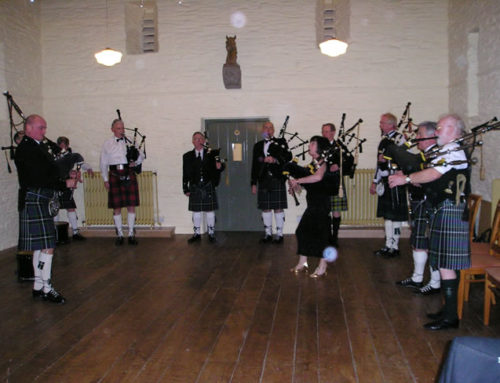 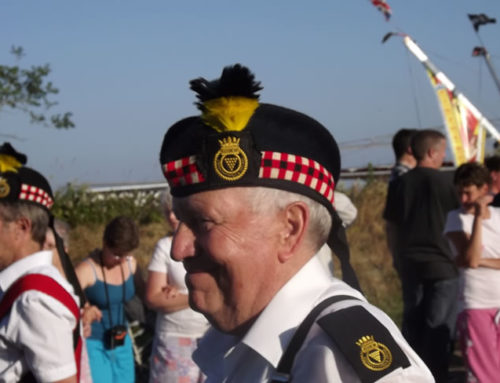 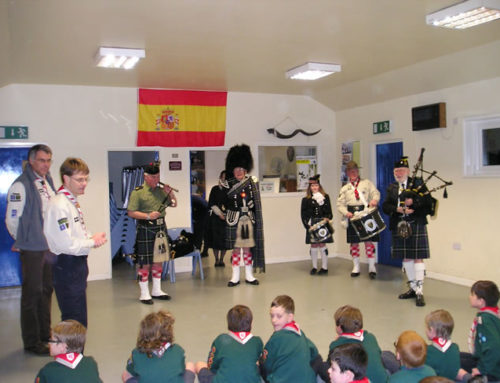 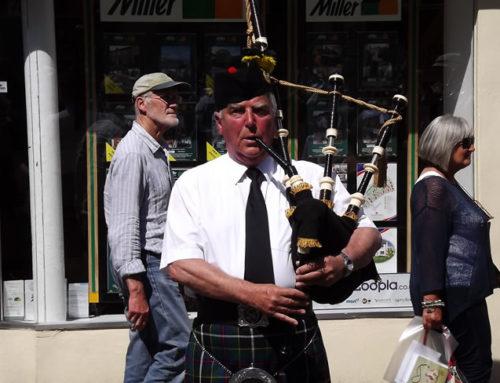 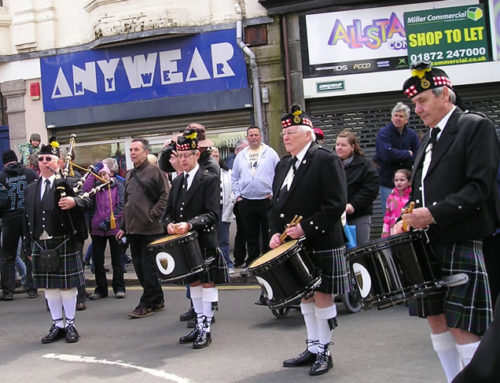