The weather was still sunny as the Band arrived in Truro for the Armistice Day Parade. With the kind permission of the Harbour Master’s Office the Band parked in their car park. After some refreshment the 13 Pipers, and 5 Drummers with Drum Major made their way down to the War Memorial.

The Parade was to lead off at 14.15 hours from the War Memorial and  No 1 Dress was worn with Bonnets. By the time the Band had assembled, the weather had turned and the rain came. One couldn’t help reflecting on all the fine sunny weather the Band had enjoyed at the numerous events during the year – their luck had run out! Umbrellas were brought out in the watching crowds – but on the parade ground the Dignitaries, Forces Personnel and Youth Organisations stood steadfast in their ranks in the wet and rainy weather as the short ceremony proceeded.

The Town Band played on, as did the Bugler with the Last Post and the two minute’s silence was observed and wreathes were laid. The public joined in as joyously as they could with the National Anthem at the finish. The large Parade was brought to attention and rank by rank they marched off the parade ground to circle around the back roads and enter the parade ground again to march past the Podium where the Lord Lieutenant of Cornwall took the Salute with the Mayor and Dignitaries.

There was enthusiastic clapping and cheering as the Standard Bearers and various Services marched by on their way to attend the Memorial Service in the Cathedral. On arrival there, the Kernow Band formed a wide crescent and continued to play as the Parade entered the Cathedral. A refreshment break followed in the British Legion Club before they returned to escort the Standard Bearers back to the Club. The Band then marched in playing as they went and by request continued to play a medley of tunes to their audience before retiring upstairs to partake of welcome refreshment. 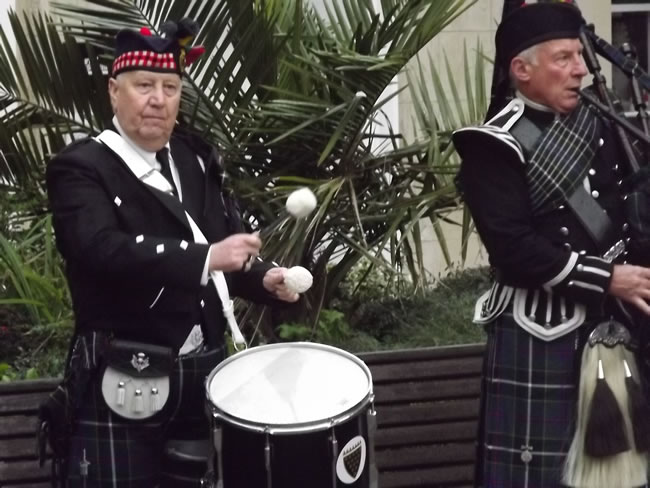 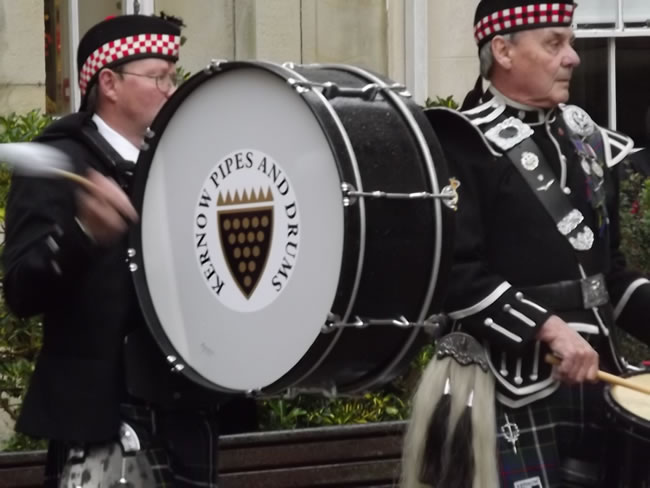 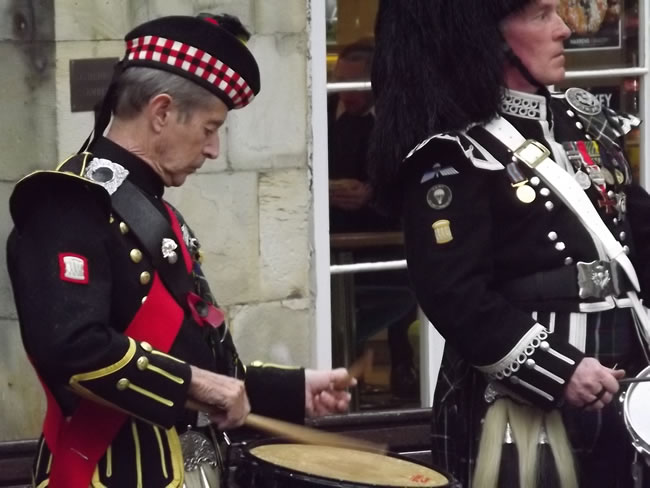 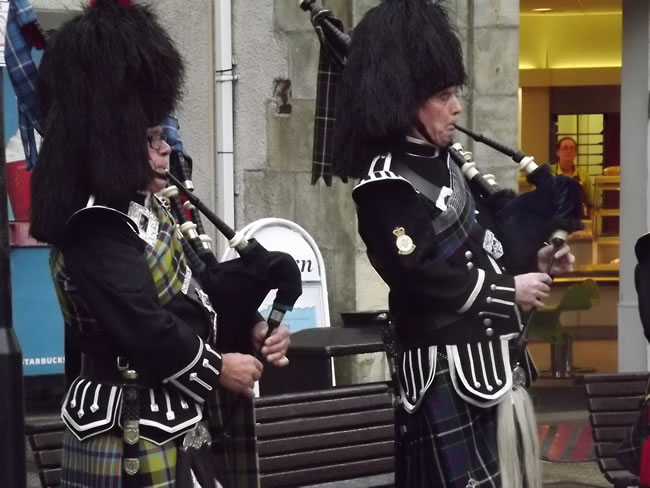 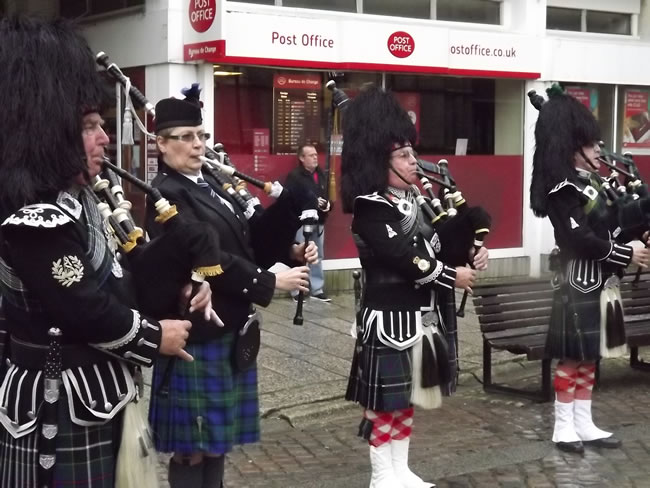 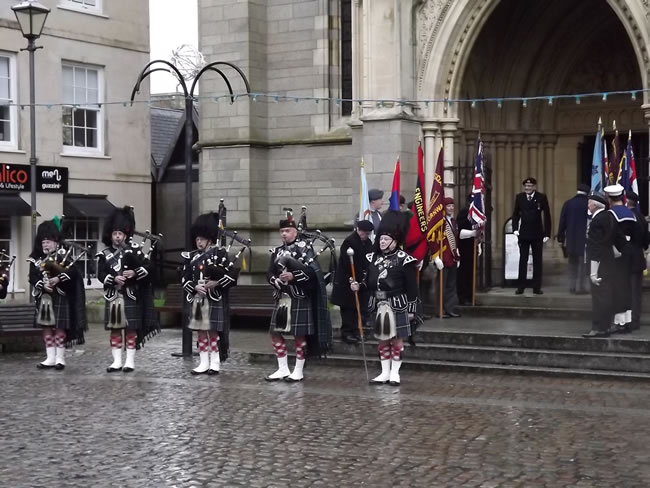 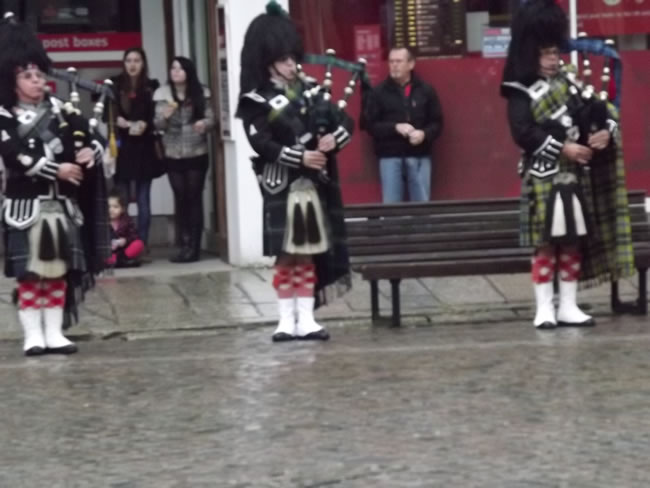 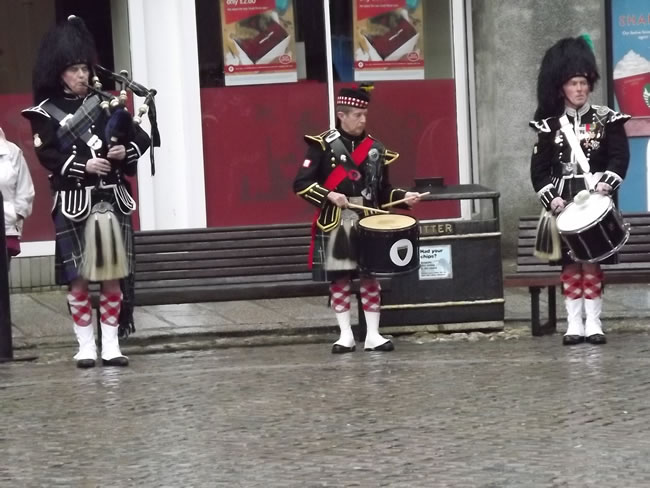 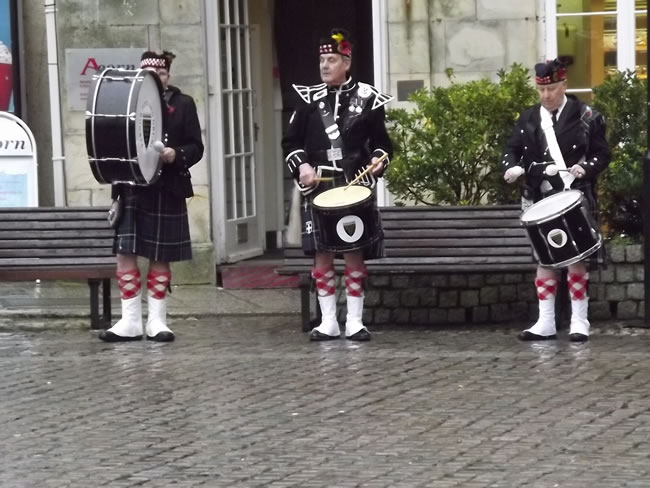 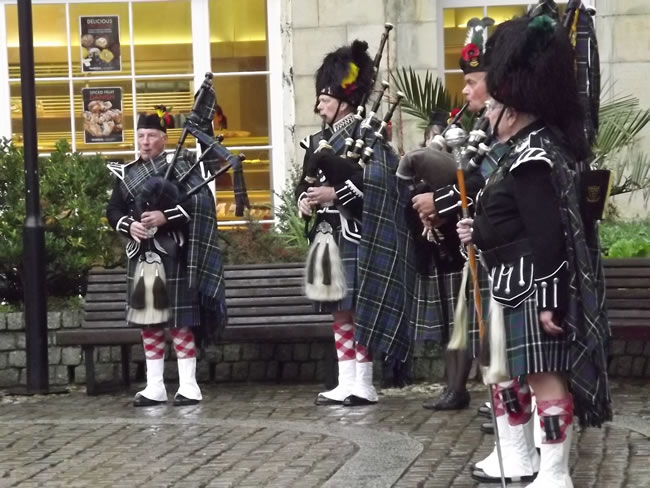 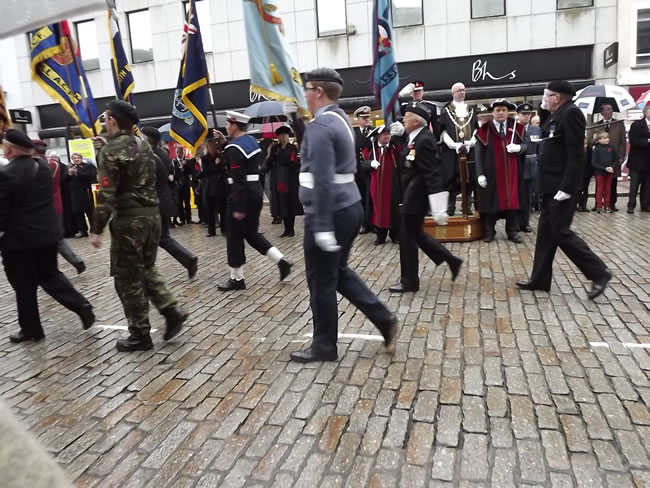 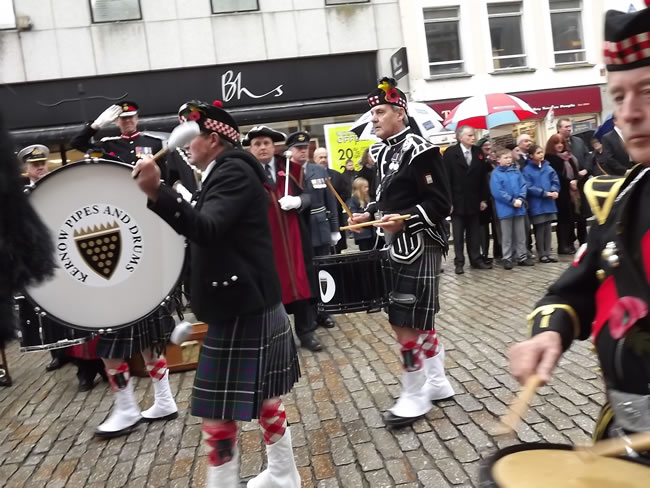 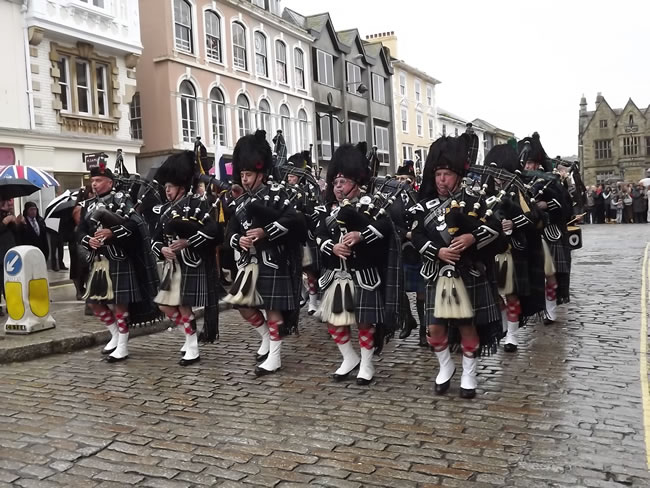 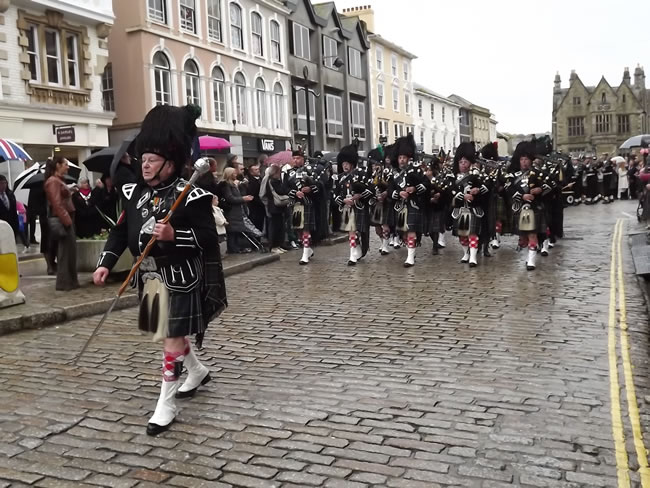 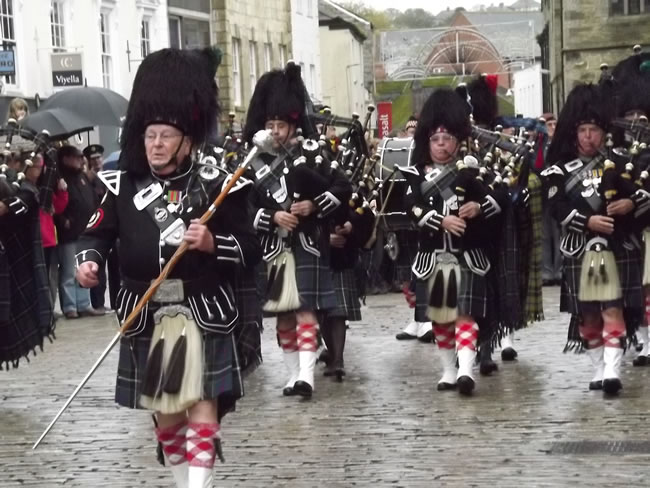 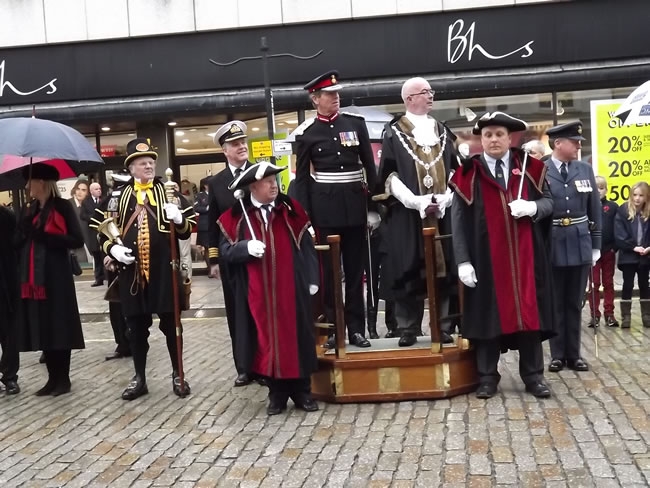 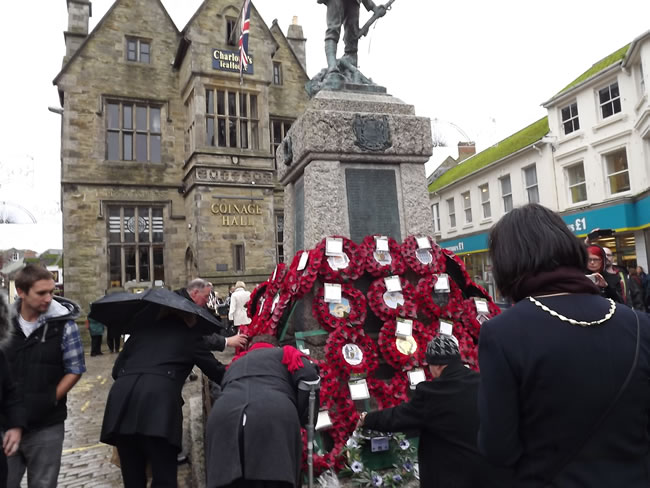 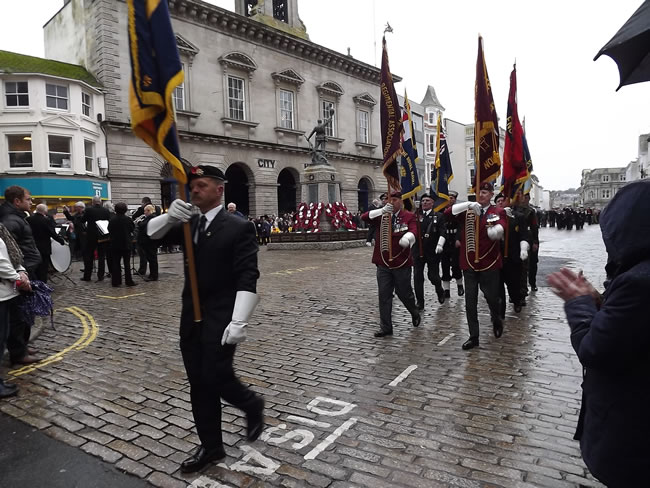 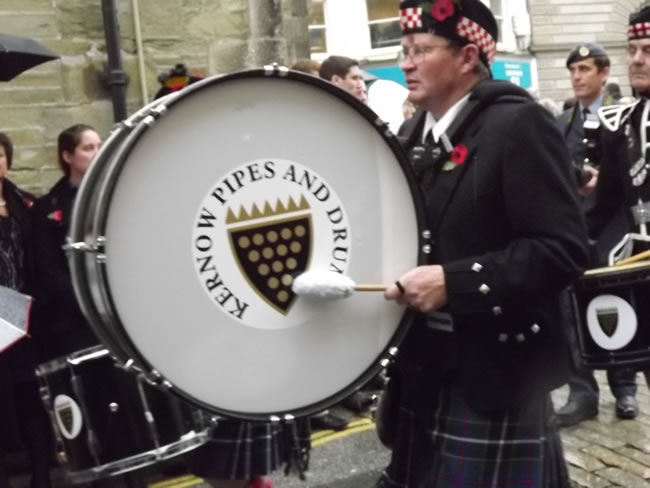 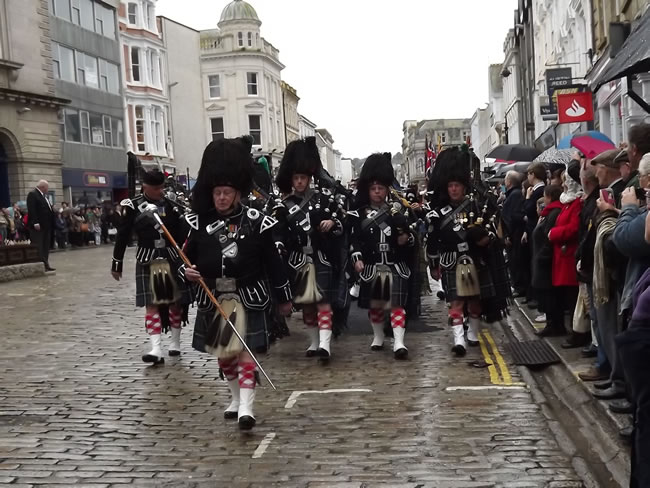 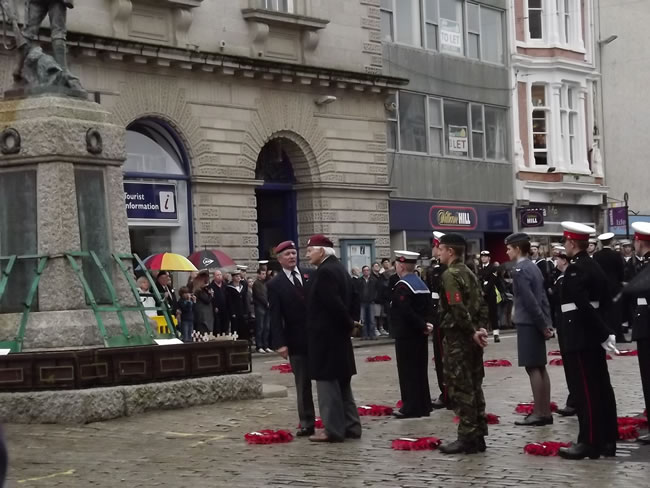 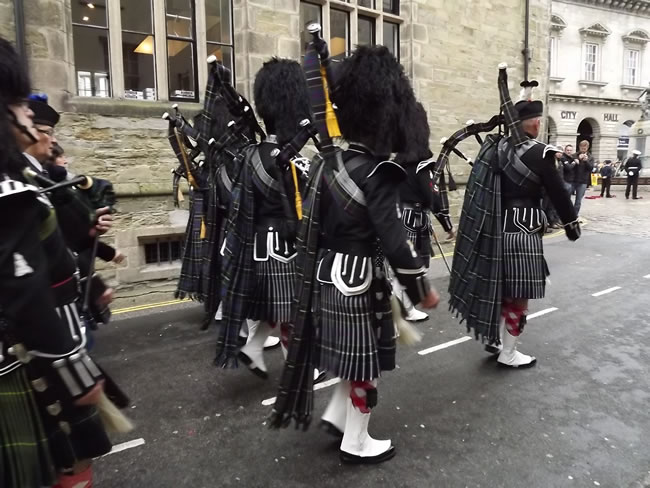 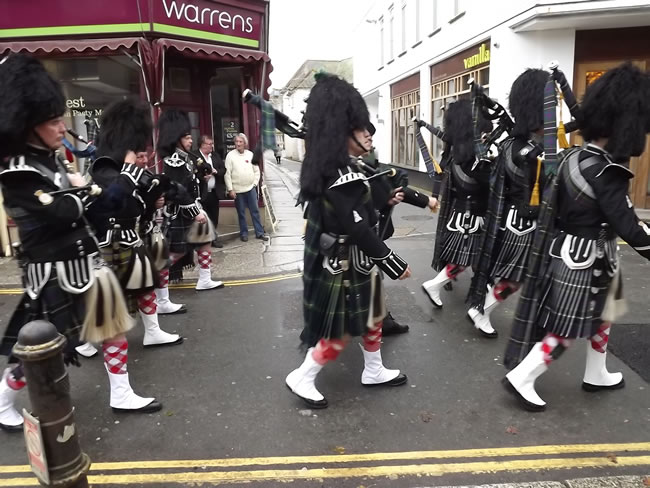 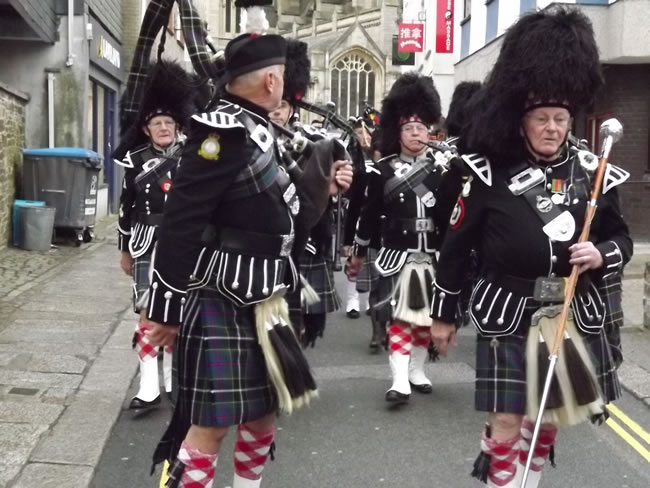 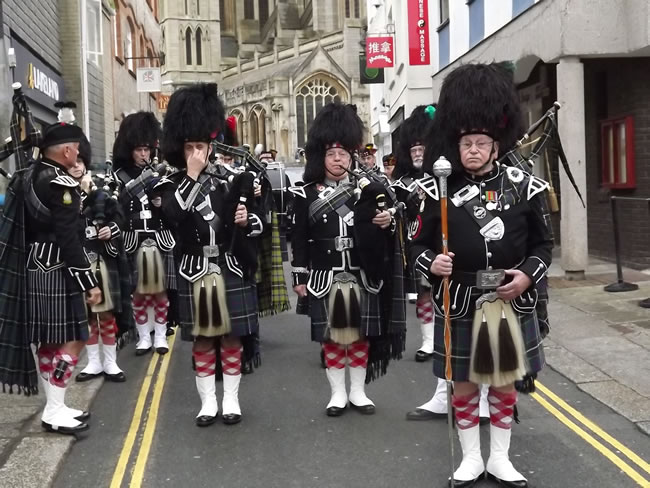 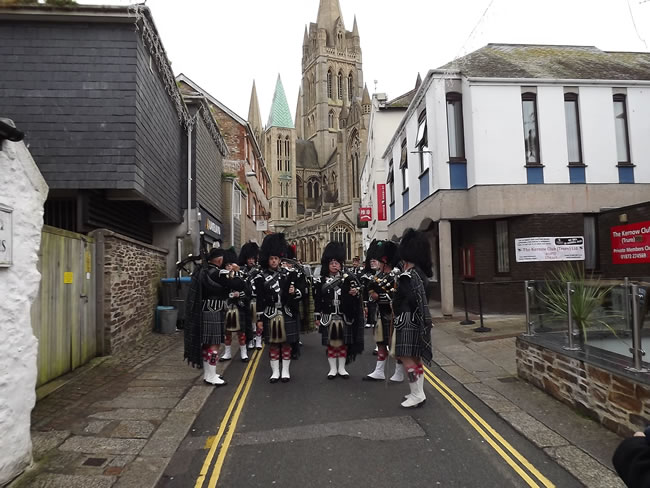 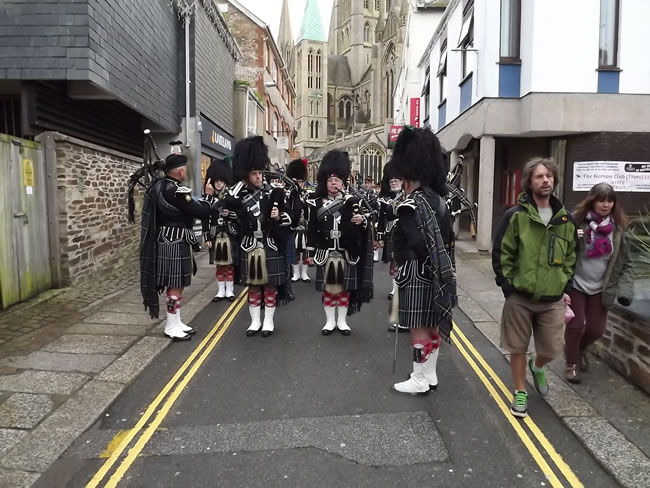