The weather for the Mevagissey Carnival was cloudy with a cool wind and an occasional glimpse of the sun. This was the culmination of Feast Week and the Carnival procession was due to start around 19.30. Dress code was No 2s and the Kernow Band were due to follow the huge amount of walkers in their varied and entertaining fancy dress. Also taking part was the St Austell Brass Band, Sticker Ladies Morris Dancers, Fairy Queens and various small floats on wheels to name but a few.

Considering it was the holiday season, there was a good turnout of Band members. There were seven pipers, five drummers, one of whom made a very impressive debut, the Flag Bearer and the Drum Major. The very young Flag Bearer did a magnificent job holding the tall pole aloft with the Union Jack as he kept up with the Band as it marched up and down very narrow streets filled with onlookers.

The Band did seven stops on the way down to the Quayside  and on their return again back up the hill – forming a circle in the road and playing. Tunes included were Scotland the Brave, Rowan Tree, Wings, Bonney Galloway, Three Slow Airs, Waters of Kylesku, Skye Boat Song, Morag of Dunvegan, Mairi’s Wedding, Trelawney, Green Hills, When the Battle’s O’er, Amazing Grace and Highland Cathedral.

The crowds lining the streets were enthusiastic in their appreciation clamouring for “More” “More”. At 20.00 hours the Carnival procession had reached the starting point and the Band was dismissed. Pasties were handed out and the members stood and chatted before goodbyes were said and they returned to their cars for the journey home. It had been a good evening – the weather had been fair and dry – the Carnival had been of its usual high standard of entertainment. 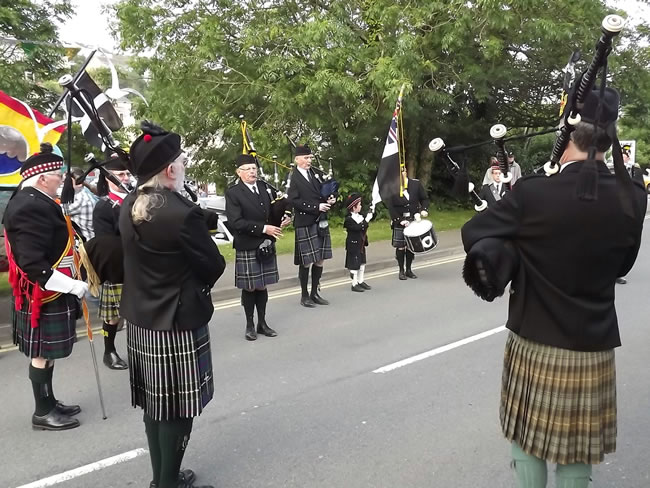 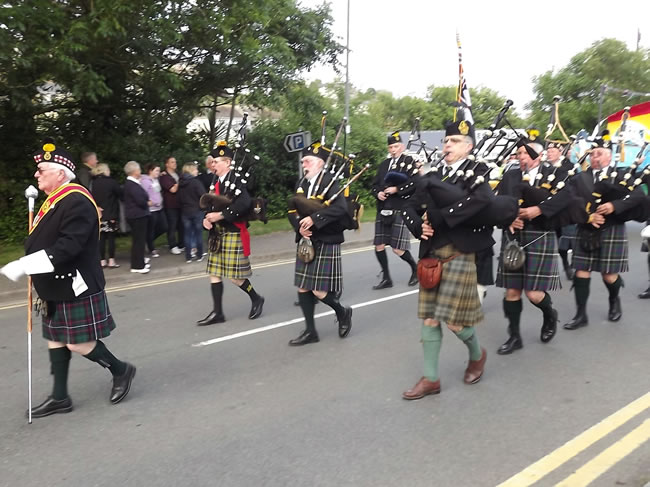 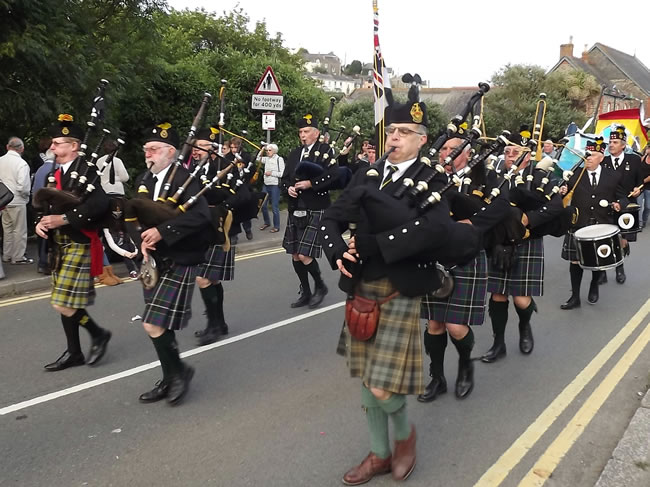 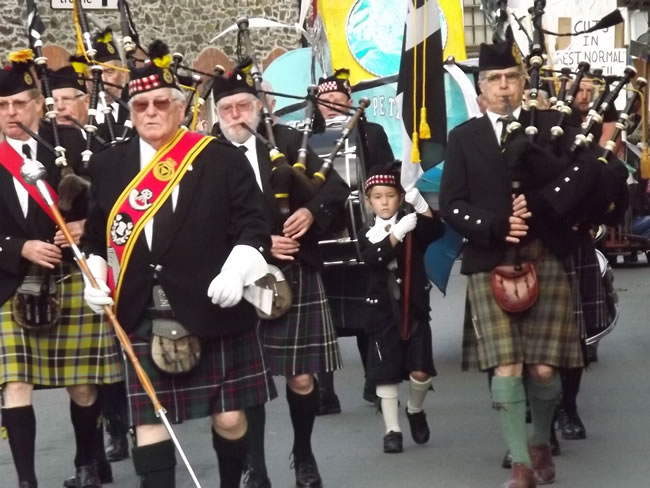 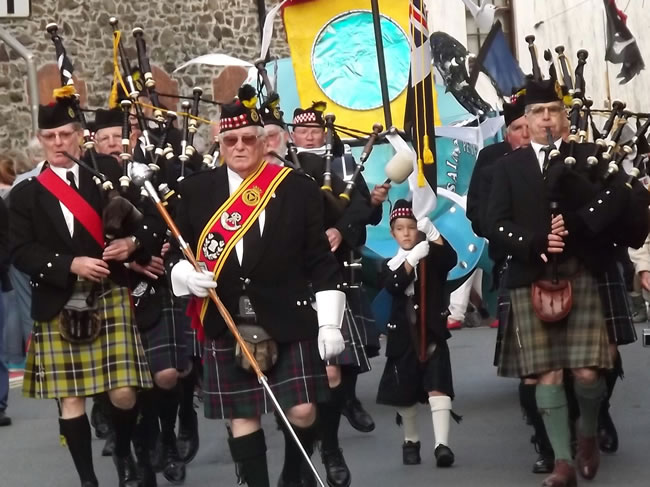 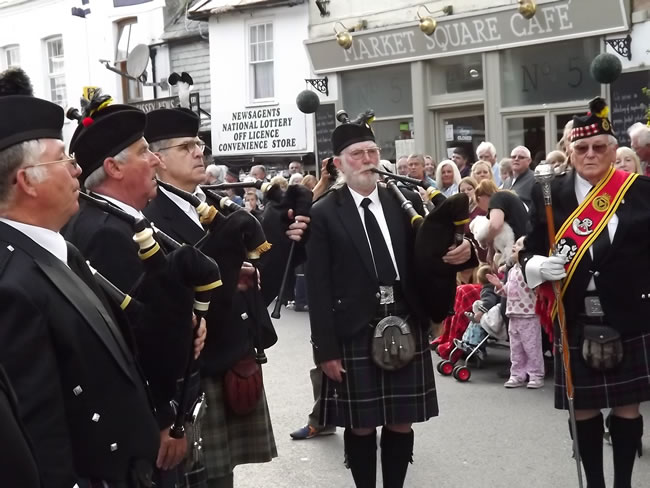 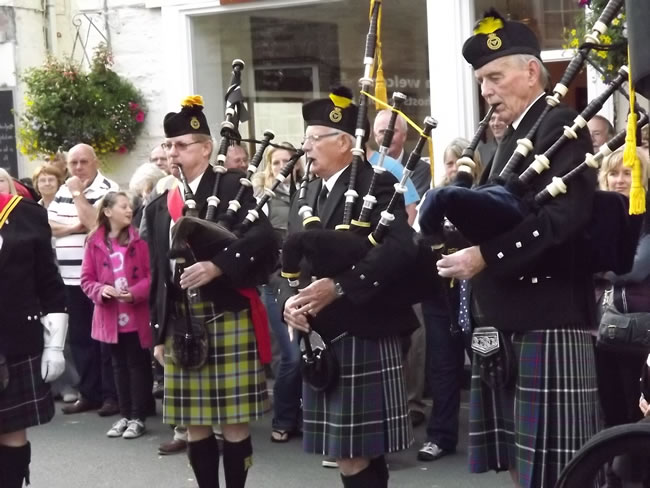 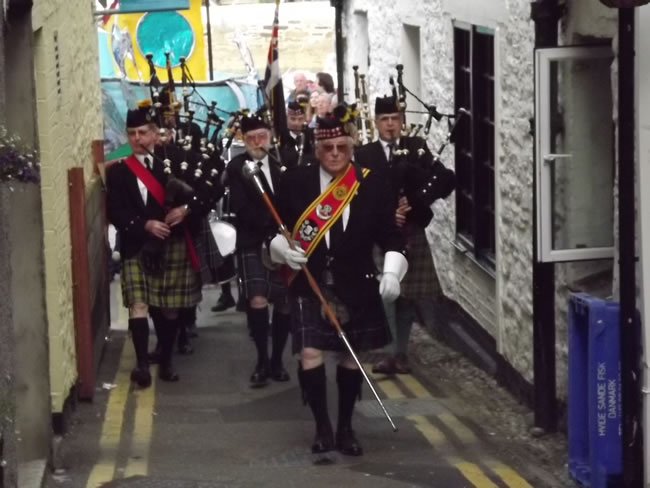 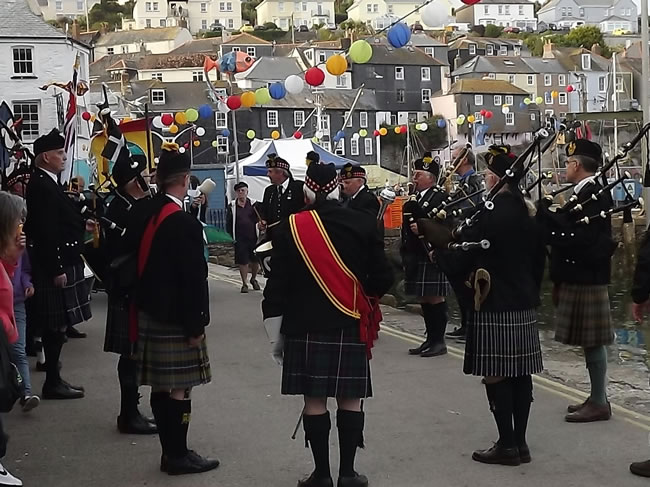 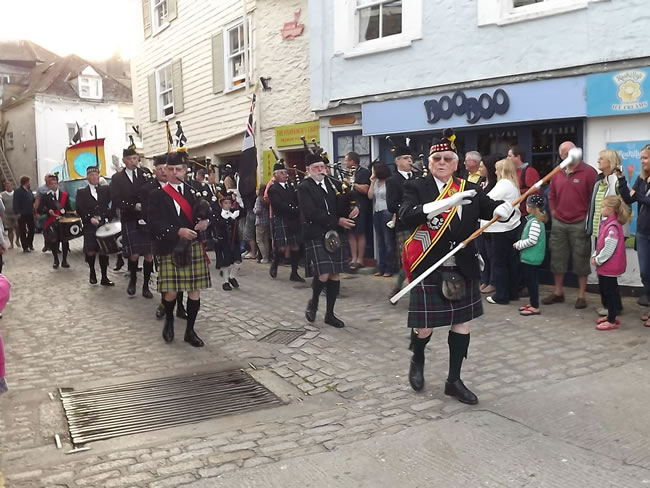 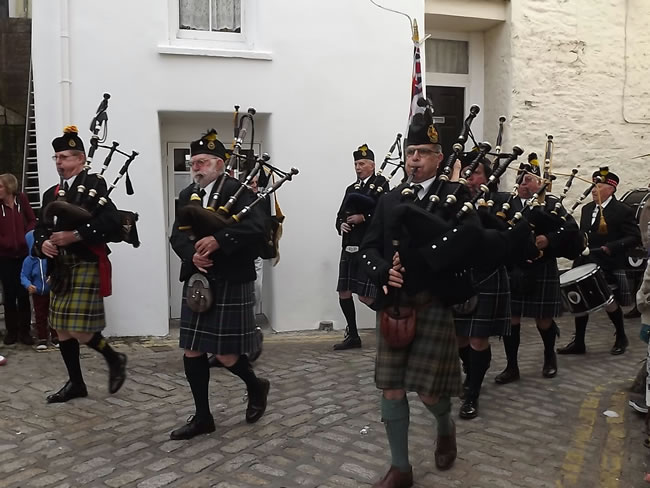 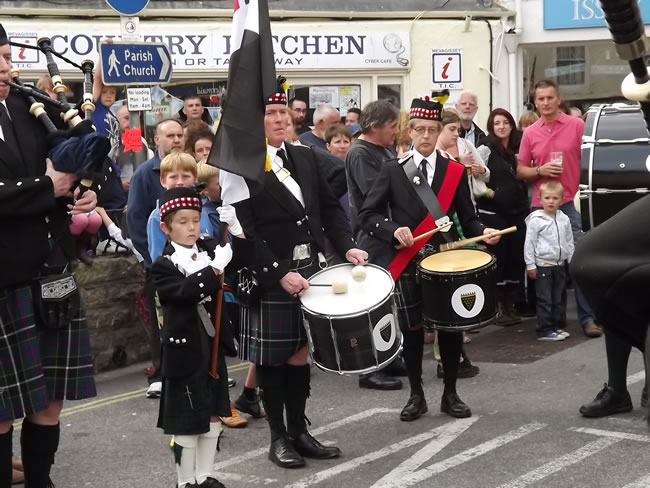 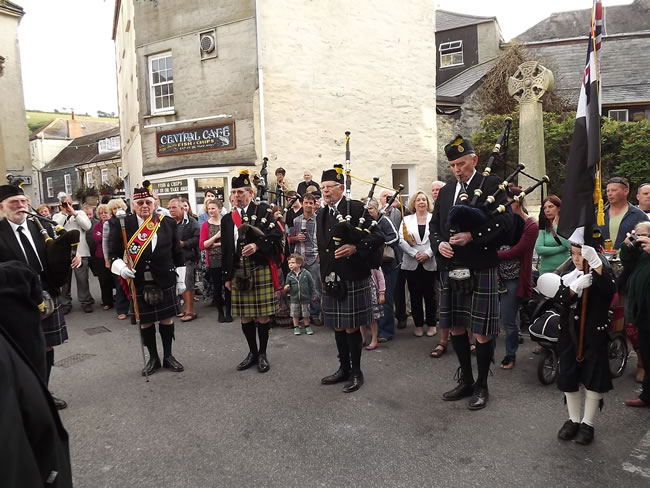 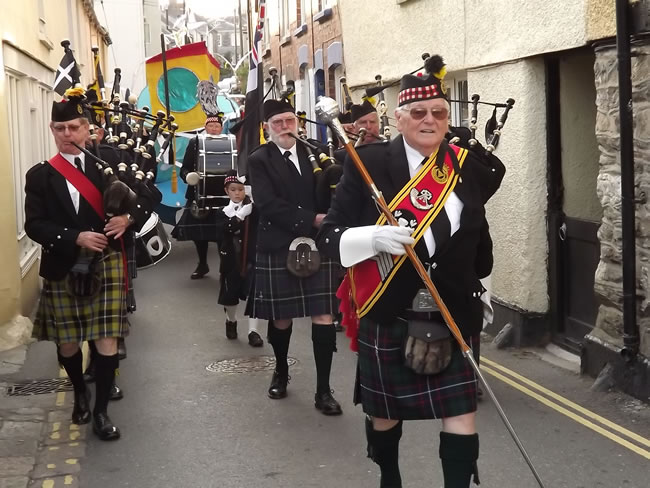 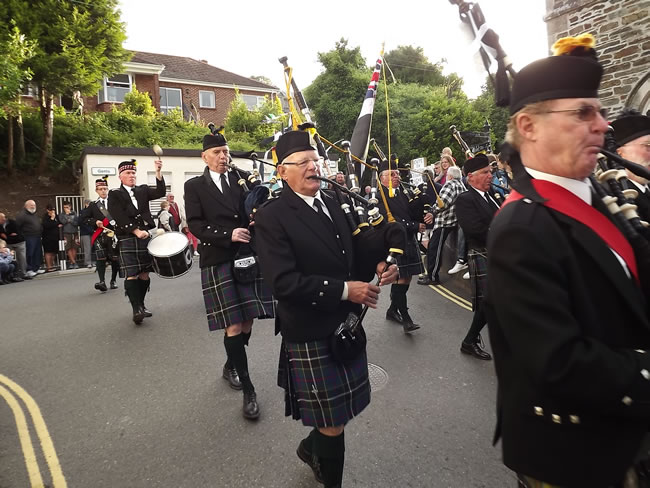 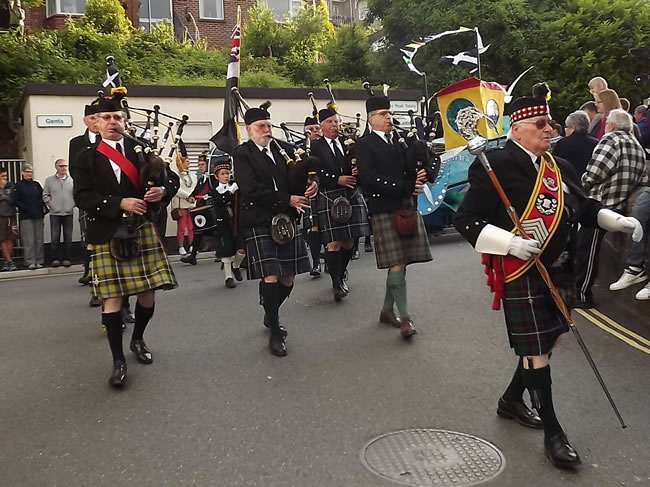 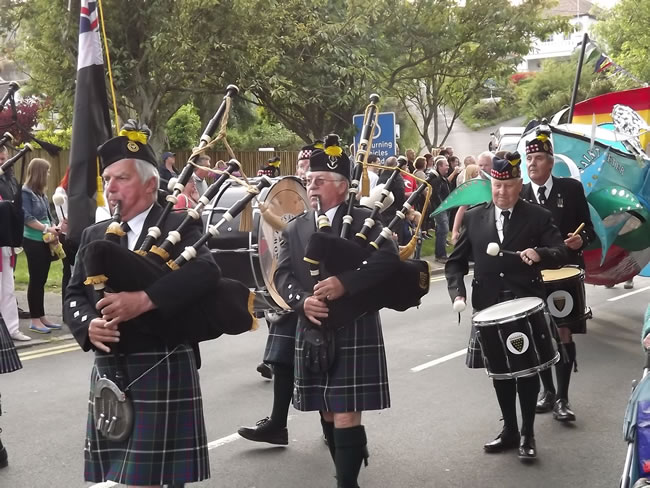 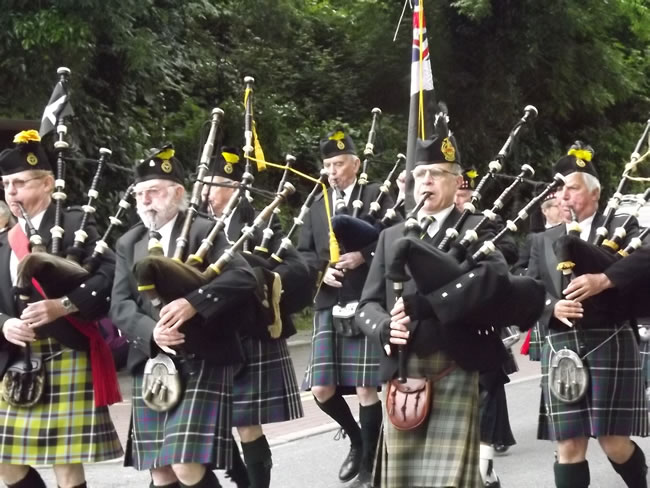 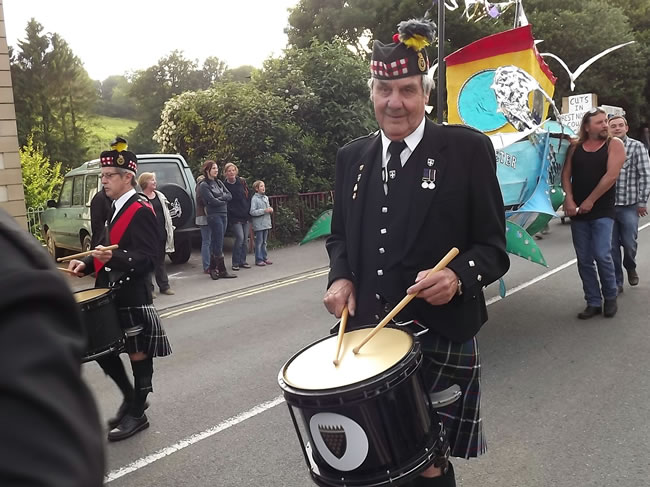 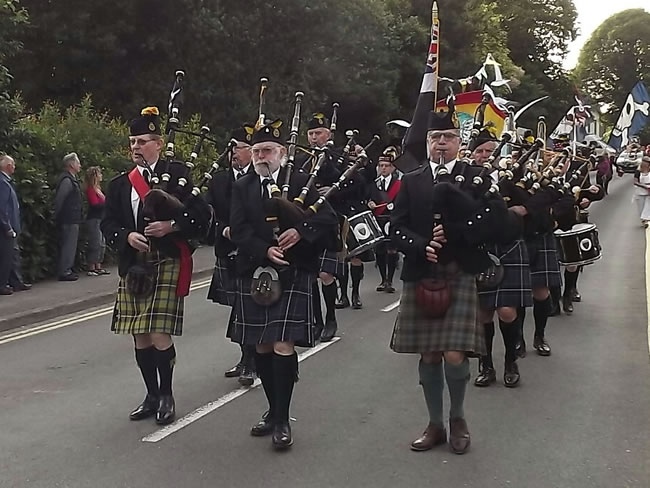 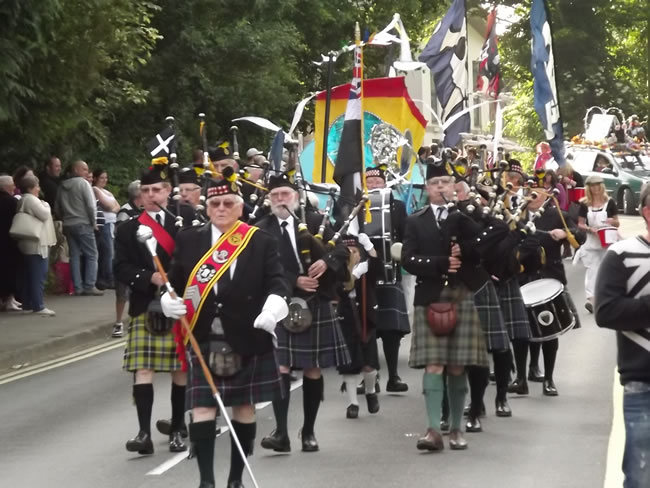 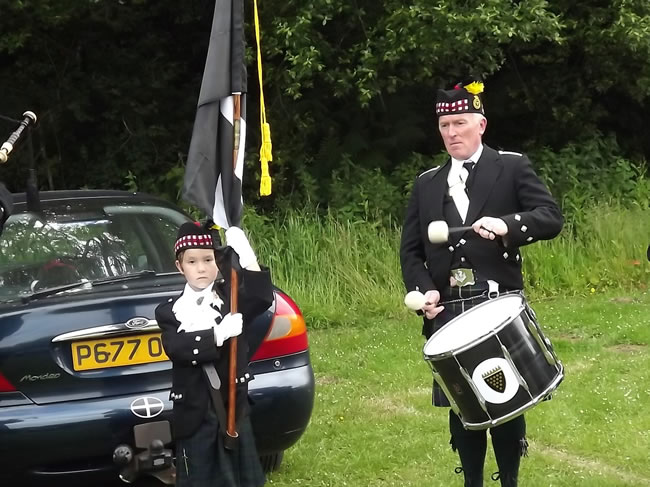 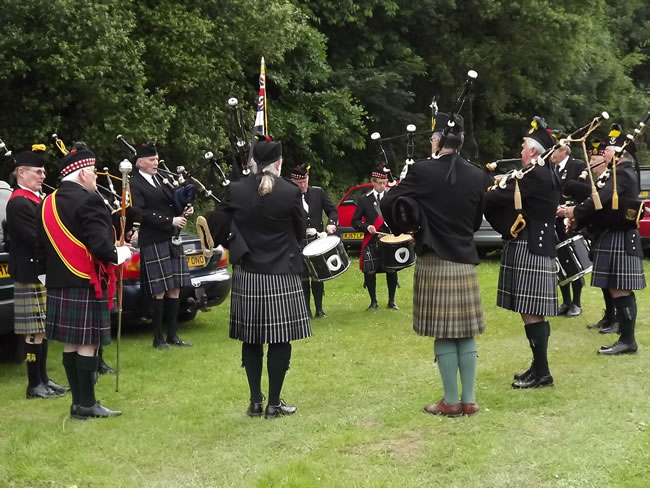 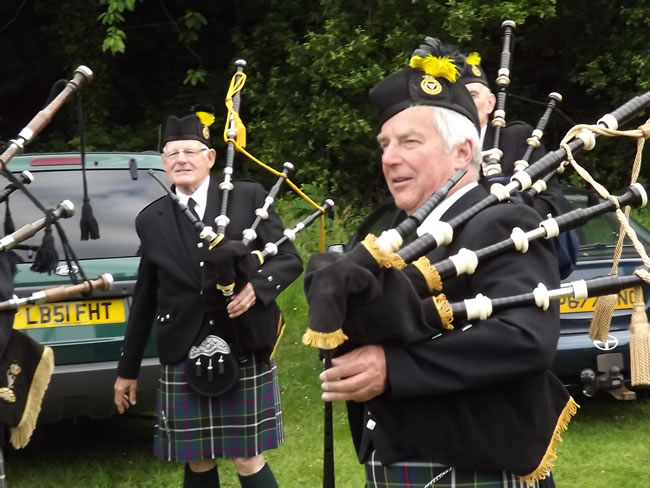 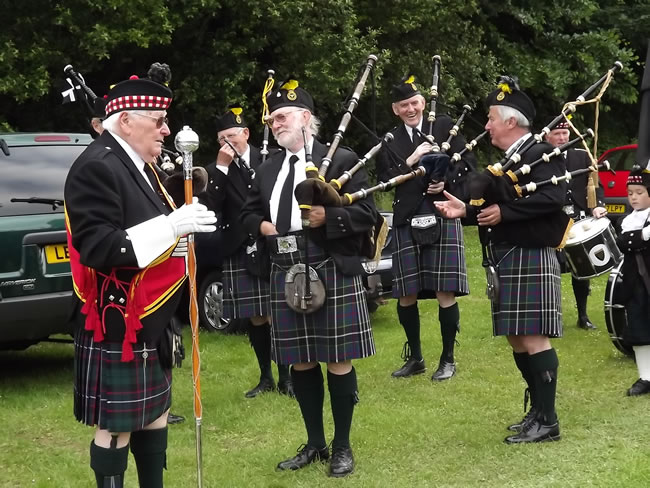 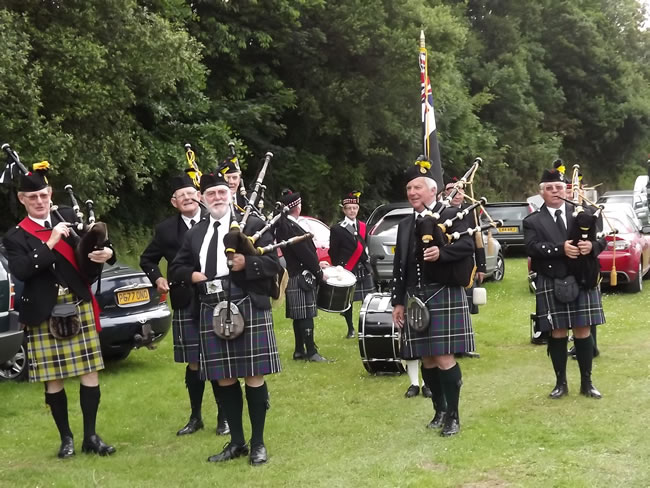