On the sixteenth day of non-stop sunshine the Band members met in the allotted parking field at 6 pm for a warm-up on the pipes. With a good turn out of 8 pipers, 4 drummers, a Drum Major and good weather the evening promised enjoyment! Dress was short sleeve order with no tie to keep things cool.   The route was a straight one but a long road from one end of the village to the Garage at the other end, before turning and marching half way back up the road to finish in the Carnival field. The total time of the procession took two hours.

The Band’s position was 14th in the long procession and they stopped twice to form a circle in the road to play. The route was lined with cheering families who showed their enthusiastic appreciation as the pipers and drummers passed by. The Procession was impressive and included a splendid array of Ford tractors, revellers in amusing and entertaining fancy dress, Fairy Queens from local villages in their splendid carriages, the local Fire Engine, vintage cars, and a variety of commercial vehicles.

In spite of the fact there was no cool breeze to lessen the relentless heat, the Band played splendidly and the Delabole Carnival was an outstanding and well organised success and a joy to watch. 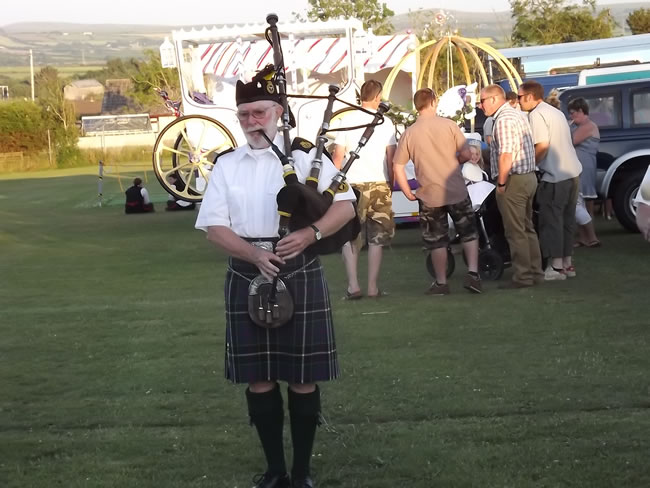 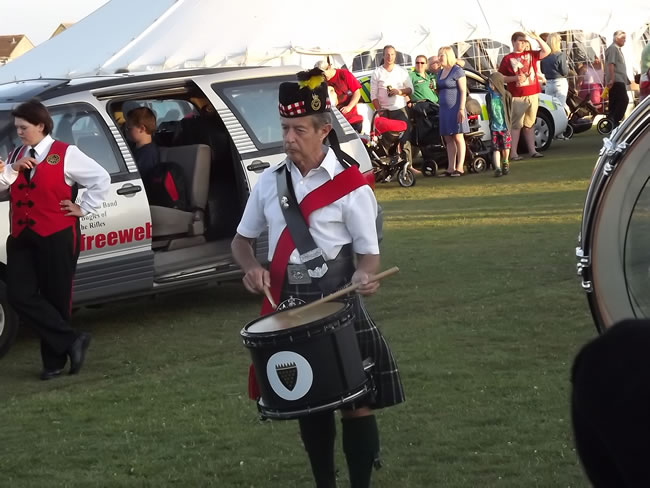 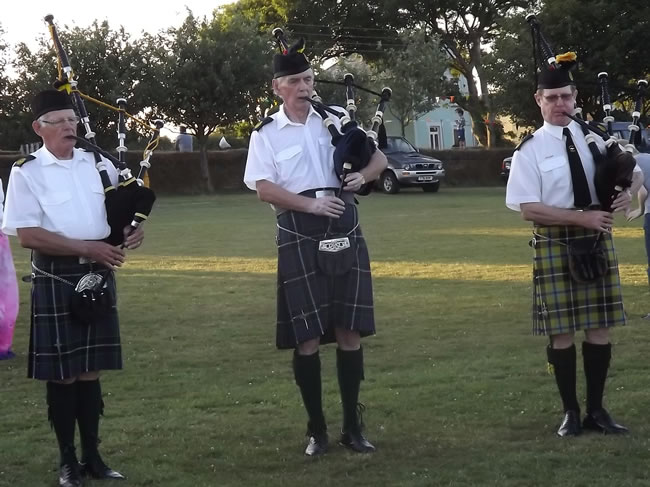 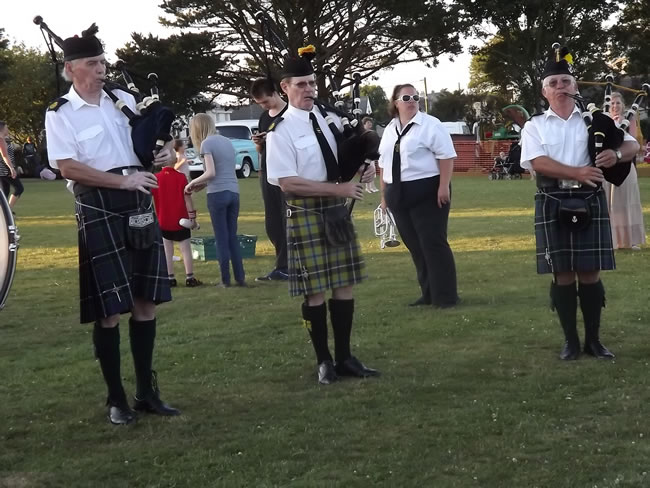 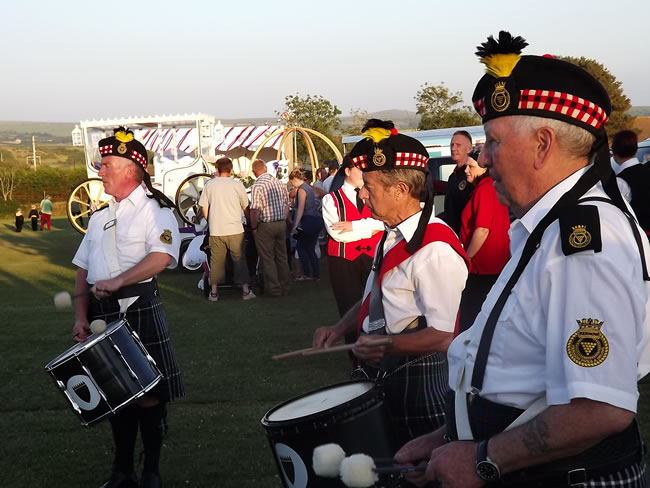 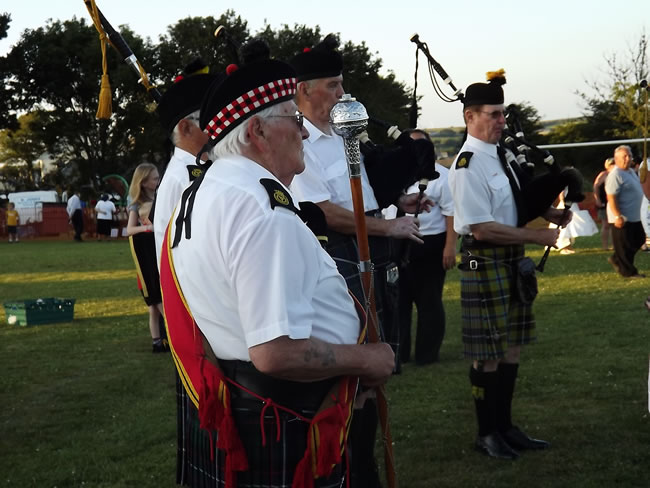 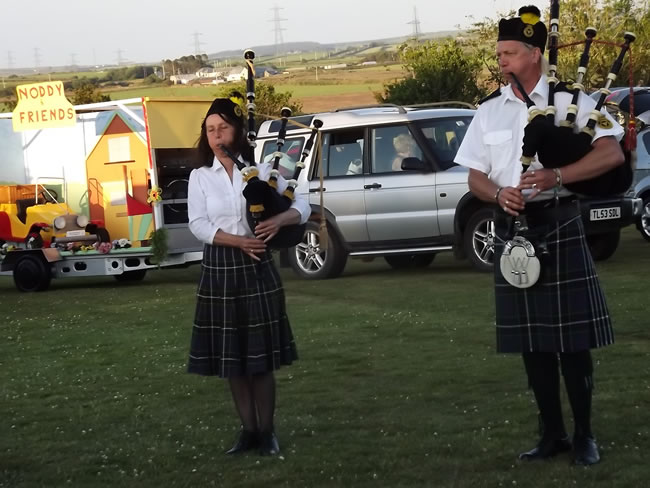 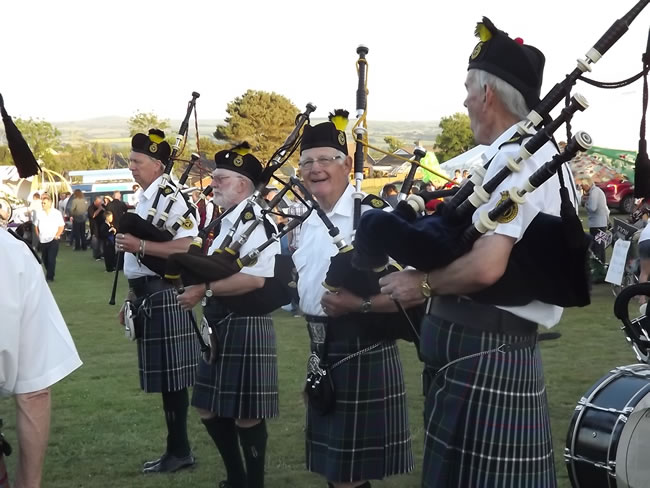 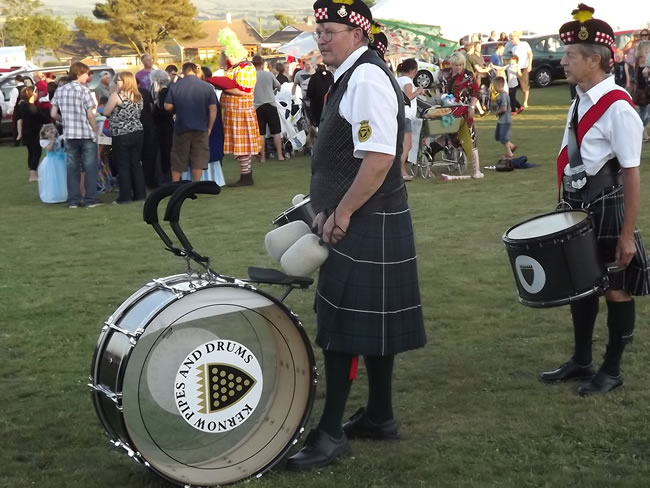 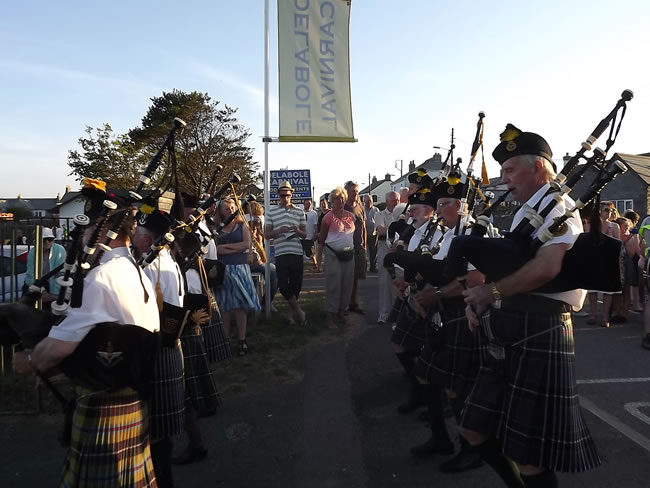 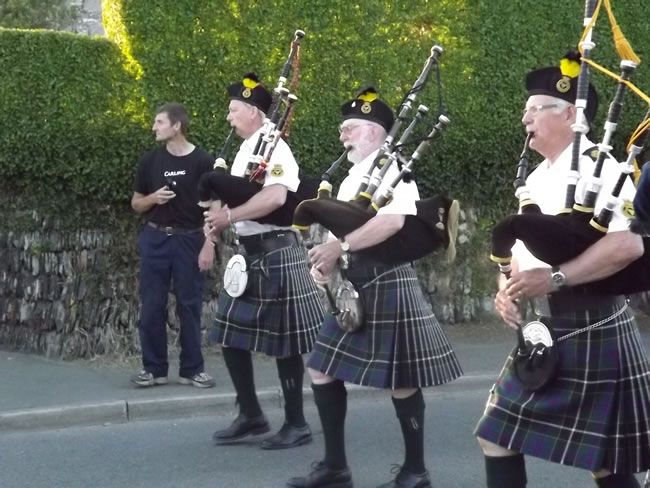 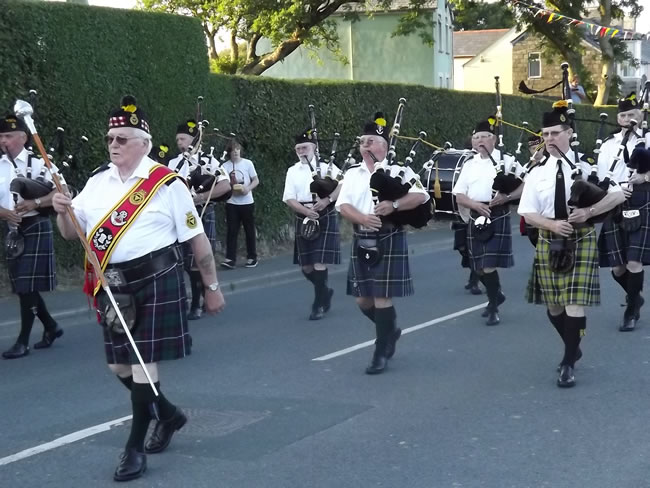 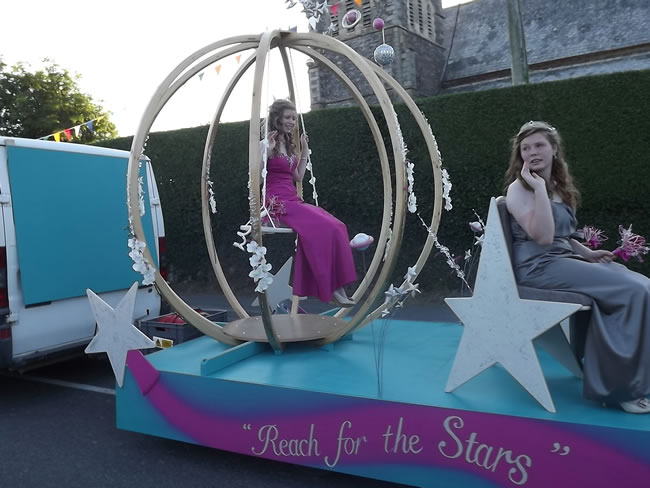 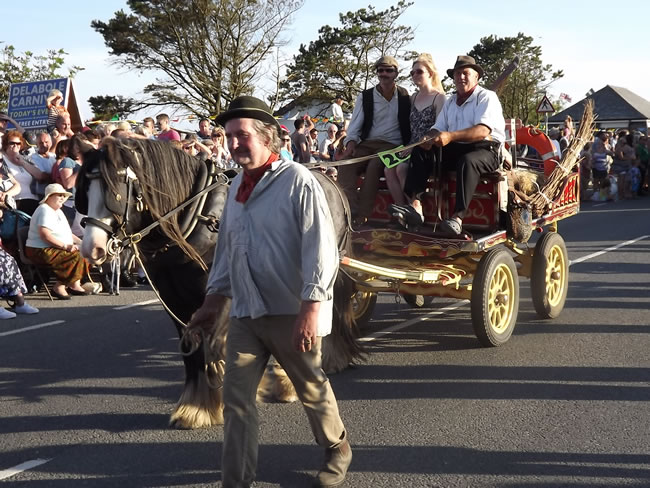 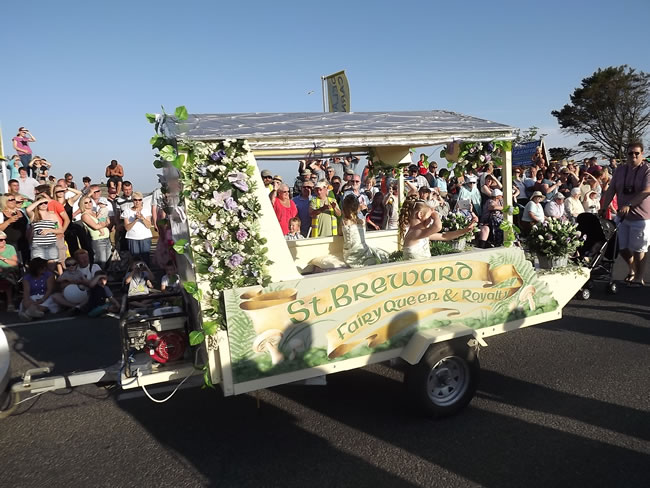 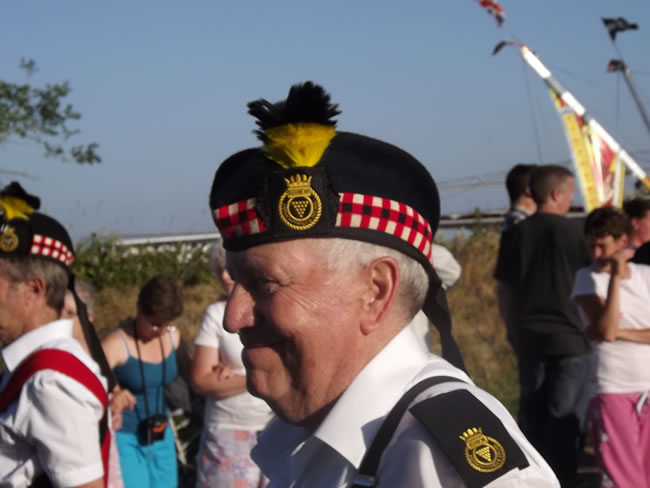 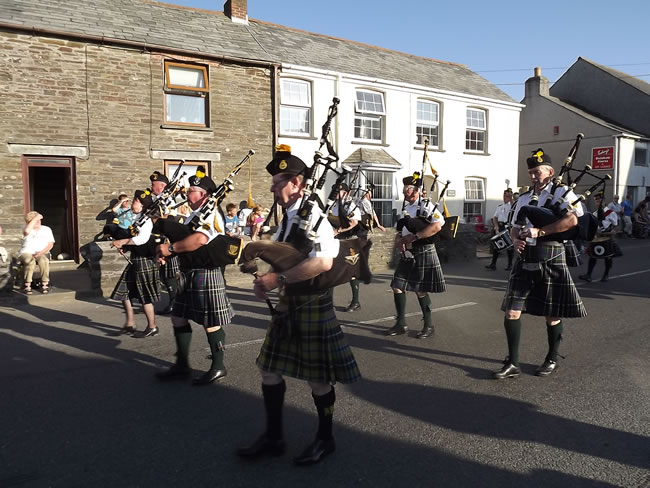 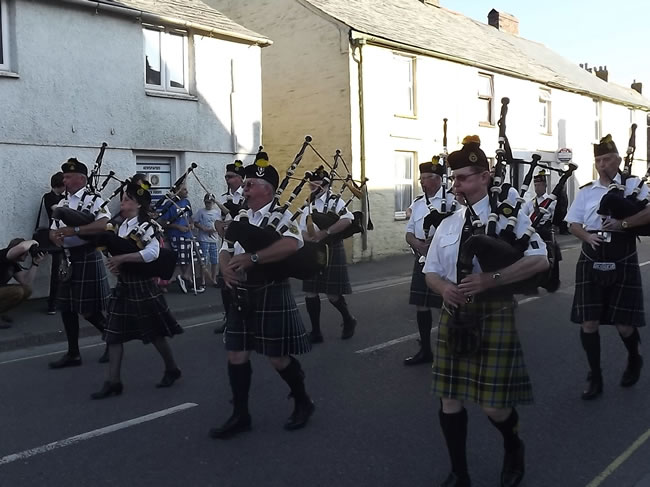 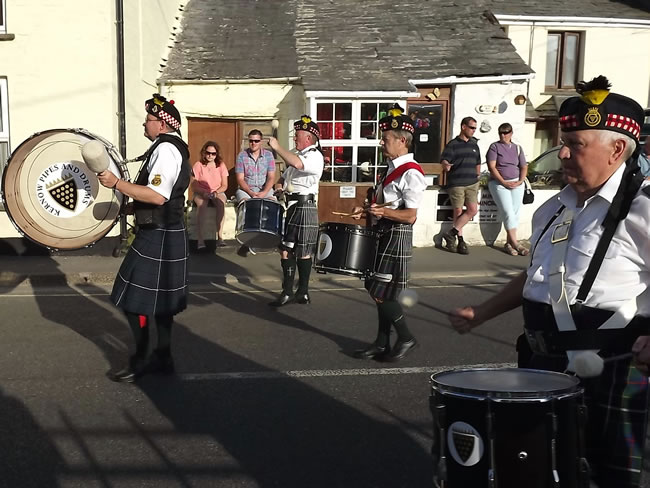 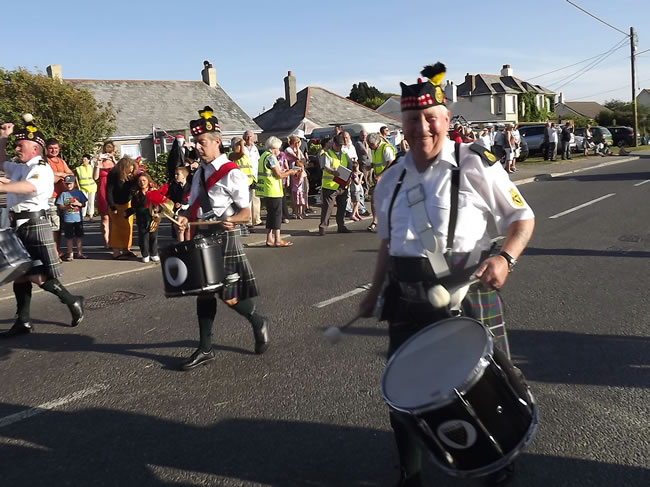 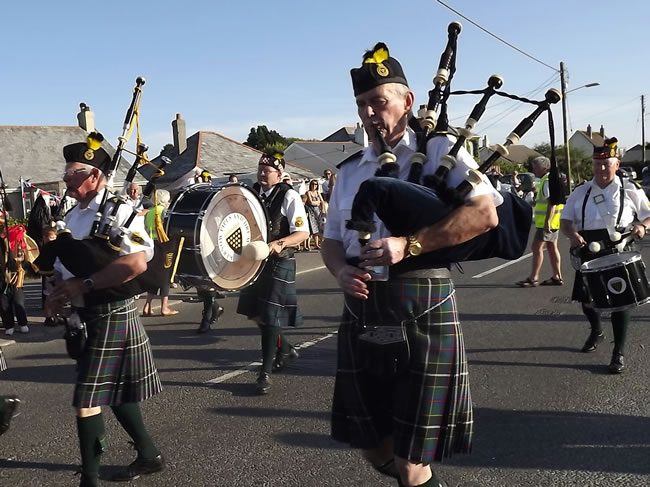 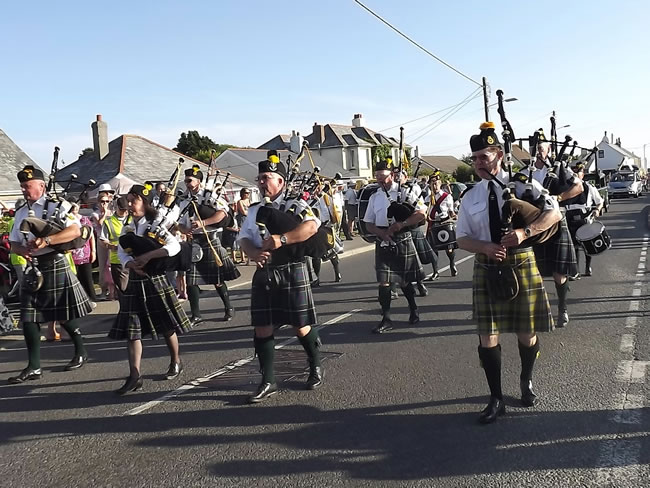 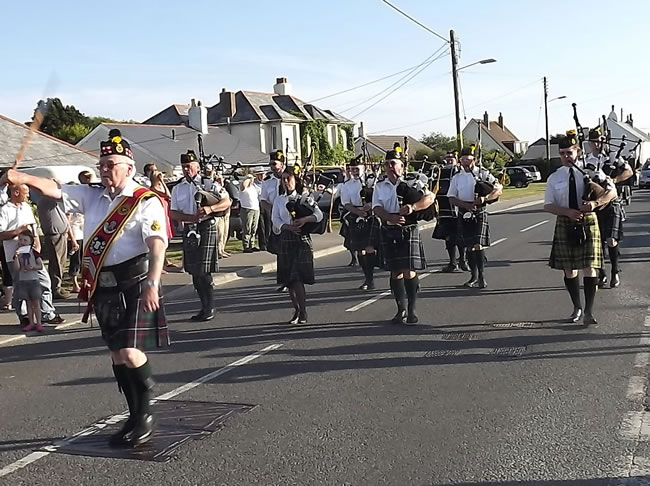 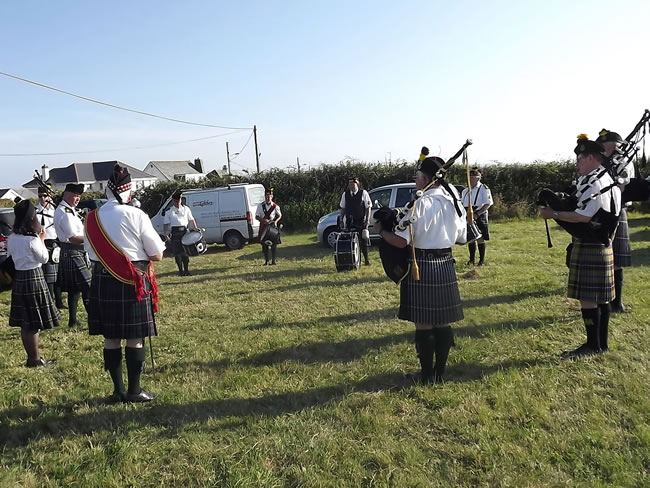 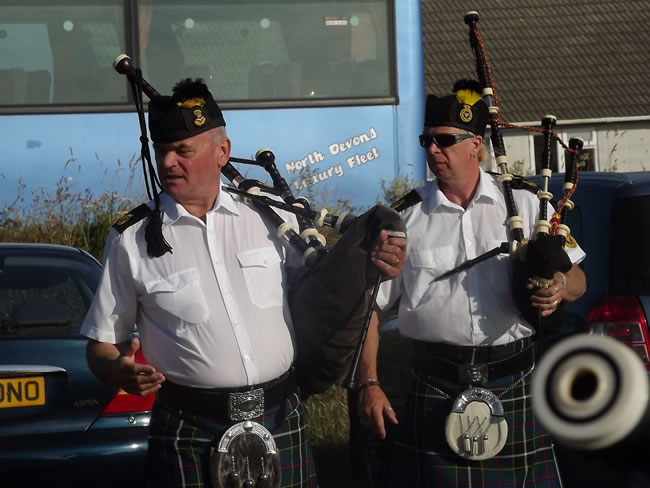 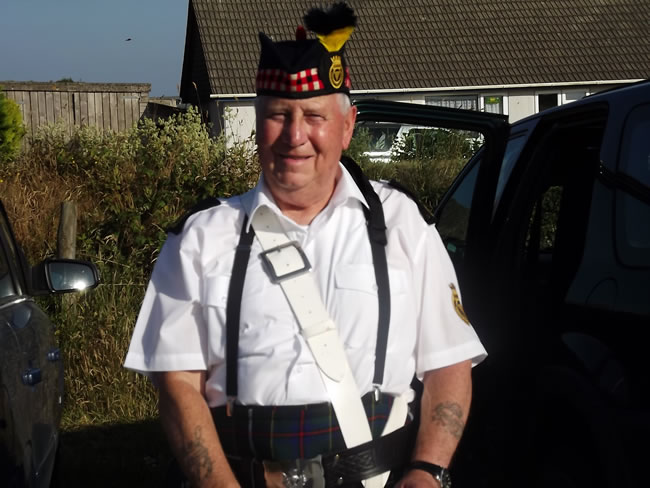 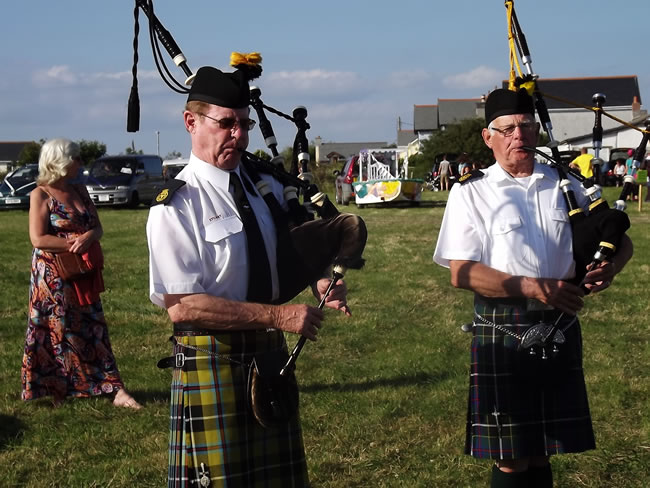