In glorious sunshine and under clear skies the Band met at a Member’s house at 09.30 hours to be ferried down to Newquay Harbour as it was expected car parking would be at a minimum. Dress was shirt sleeves and Glengarries and everyone was pleased that two days’ weather could be so different. On arrival at the Harbour the quayside was already crowded with various vehicles and stalls. There were six pipers and three drummers and as there was no snare drummer attending one tenor drummer did a remarkable job playing snare rhythms on his tenor drum.

After a short tune-up, the Lions’ Bus ferried the members to the top of the town where they were to lead the way back down again along the main road accompanied by the Mayor and Town Crier at 10.45. They were closely followed by a tractor and trailer carrying a lifeboat PR D Class (of the days of a rowing rescue lifeboat) which carried a banner inviting people to throw their contributions into the boat.

The Town Crier announced that their prime object was to draw the people along the streets and down to the entertainment on the Quayside. Meanwhile there were realistic boat rescues going on at sea and other events on the very full programme which included the Official opening by the Mayor of Newquay at the Harbour, Tae Kwon Do Demonstration, Lifeguard Demonstration off Towan Beach and Padstow Lifeboat arrival at the Harbour escorted by Newquay’s Atlantic and “D” Class Lifeboats, to name but a few.

The weather was very hot and the Band members were glad to make use of the shade in the Bandstand and seating inside. Other bands taking part in the afternoon’s entertainment were the Newquay Brass Band and the Midnight Ramblers.

After a lunch break the Band played until 13.00 hours to a very large crowd who were generous in their appreciation of the music. The Band was then dismissed and retired to partake of pasties and cold drinks before being ferried once more back to the Member’s house where there were cream teas and cakes and a welcome cuppa and a session of socializing and unwinding.

It had been a very enjoyable time helped by the splendid performance of the Kernow Pipes and Drums, the holiday atmosphere and the wonderful weather!

And a belated very big thank-you must be mentioned to all the members who have kindly provided refreshments on the Band’s recent events! 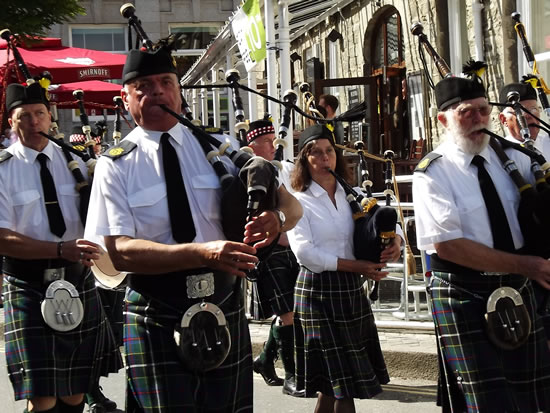 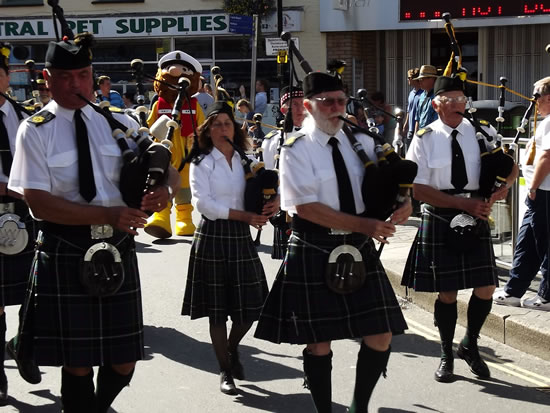 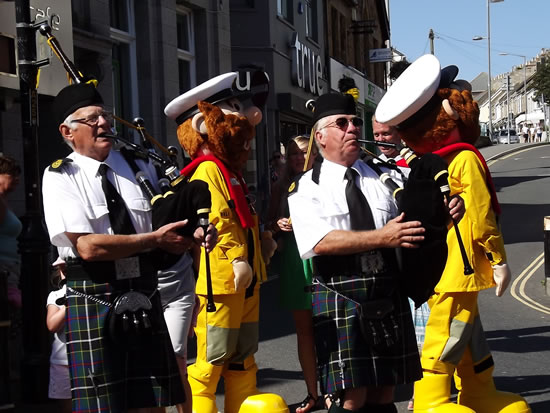 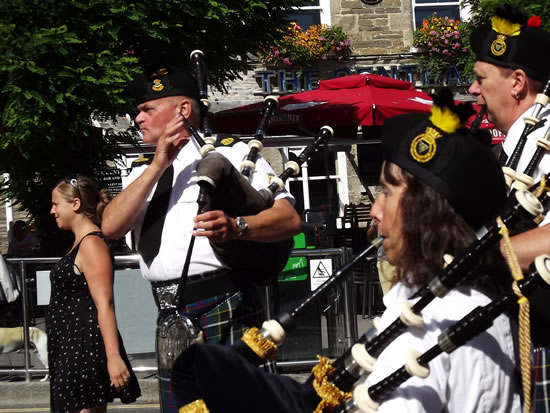 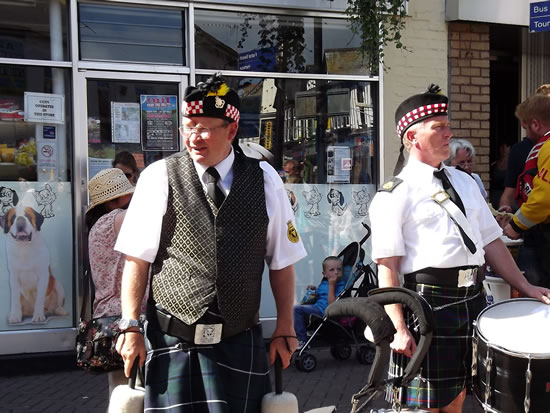 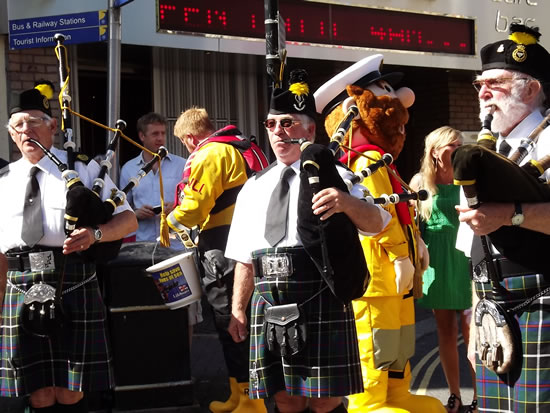 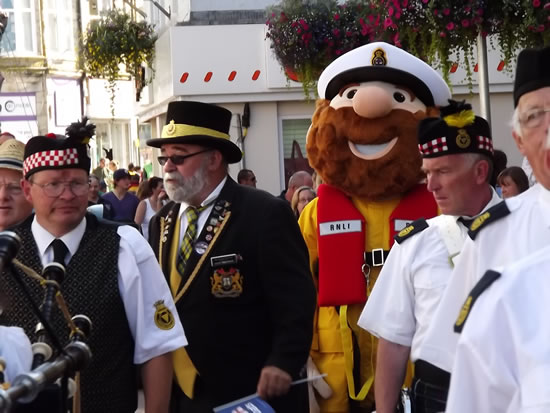 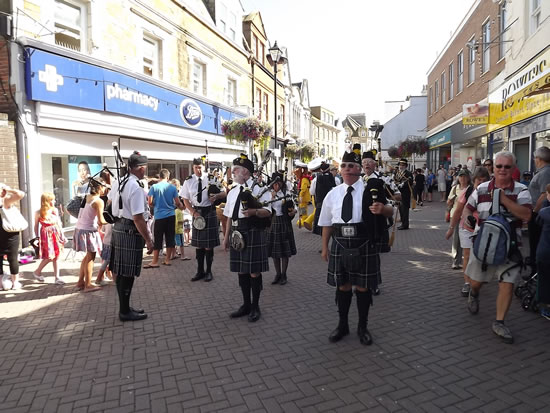 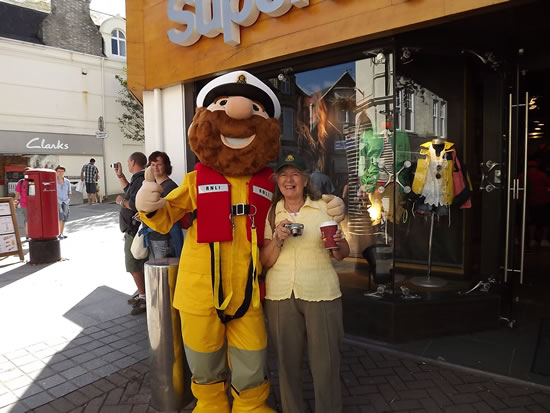 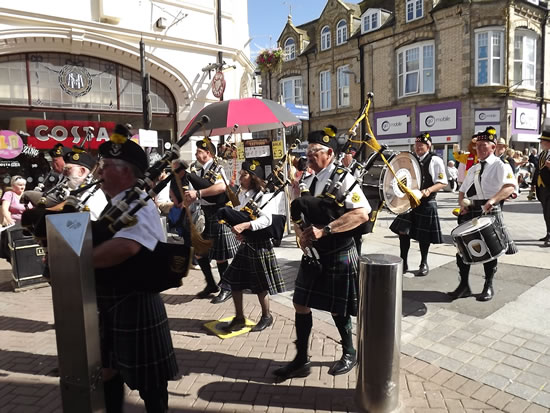 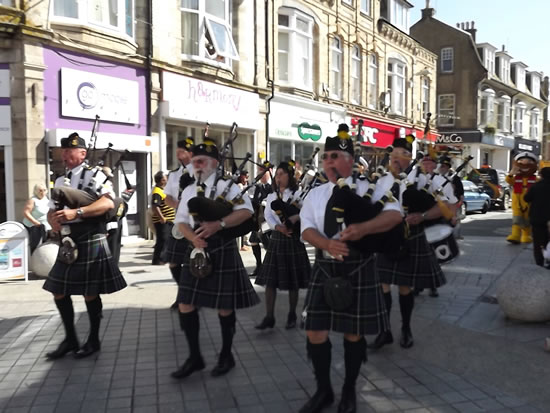 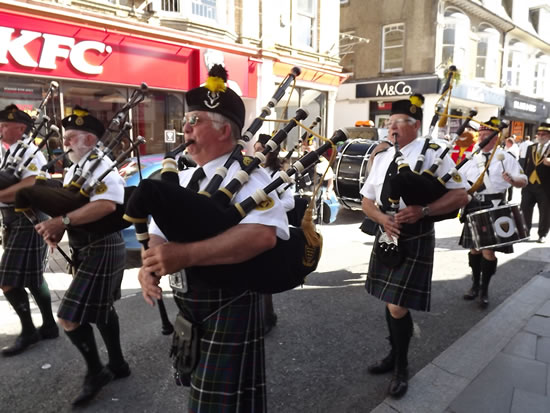 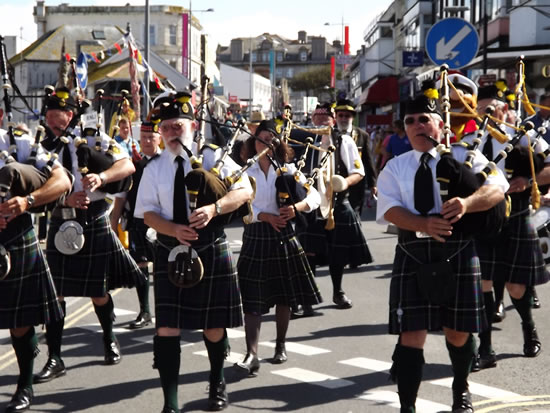 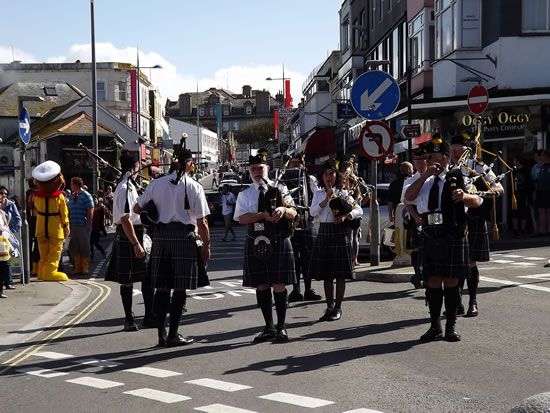 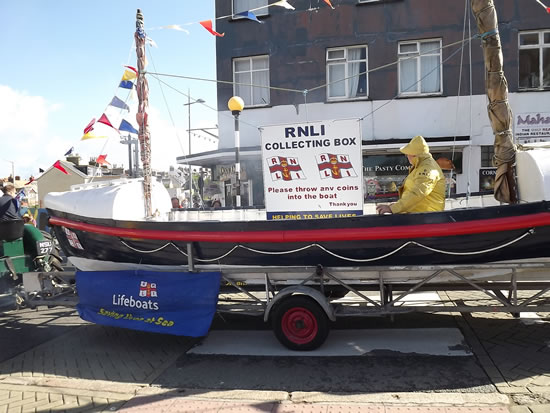 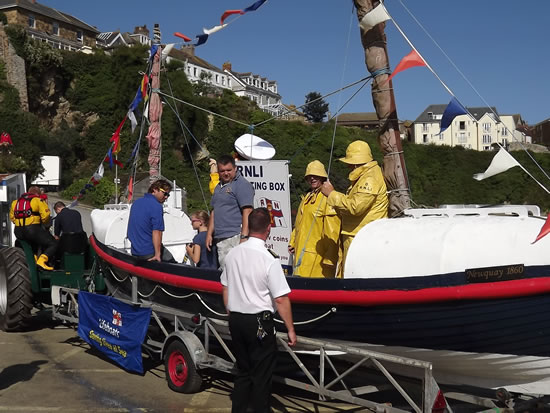 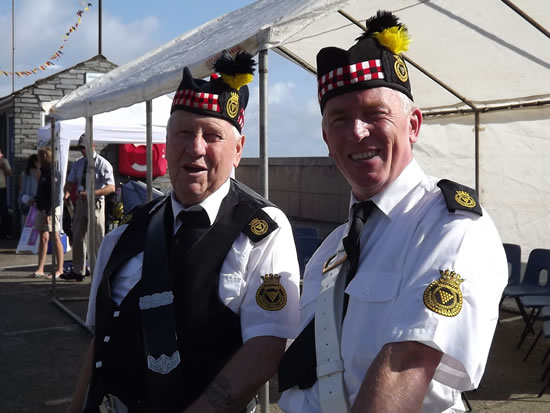 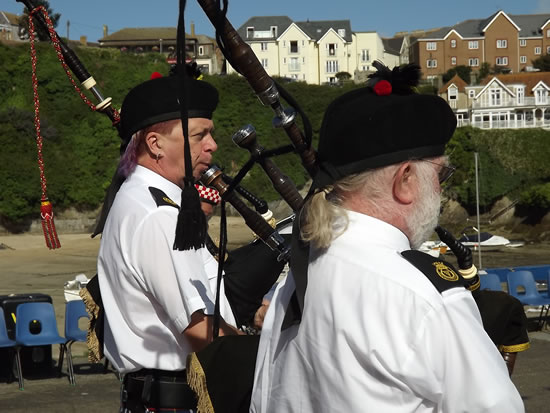 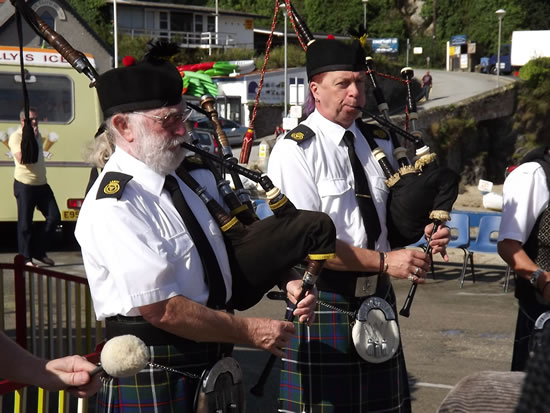 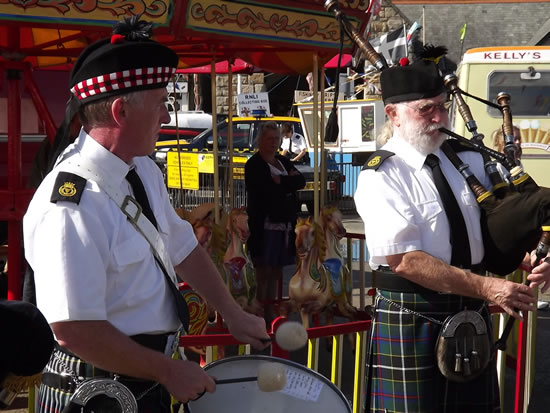 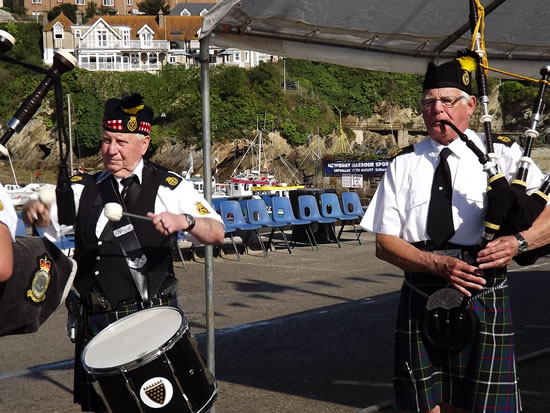 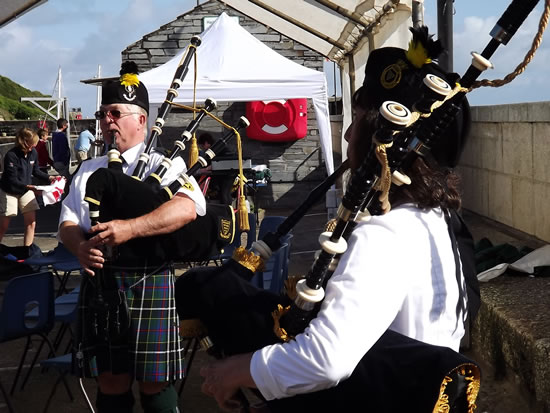 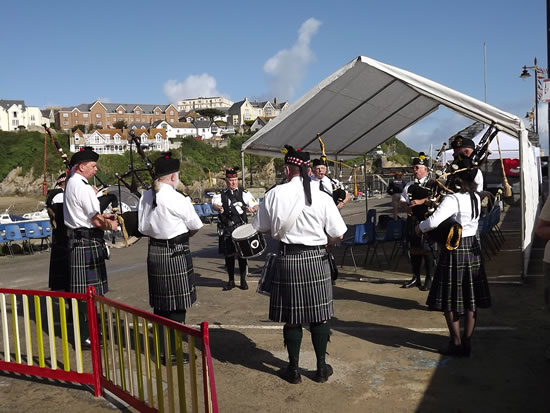