The Carnival field was just above the town with stunning panoramic views over the sea to distant cliffs and the weather was sunny with a cool breeze. The Band members who were in No 2 Dress with Glengarries had arrived by 17.00 hours and were tuning up for their practice session. Also tuning up in the field was the Tarka Pipes and Drums Band who hailed from Devon and by invitation joined the Kernow Band in a short practice session.

The Carnival procession started at 18.00 hours with the Tarka Band leading, followed by the RNLI Lifeboat. There was a wide variety of entries in the Carnival which included Fairy Queens, Comical themed Floats, children in fancy dress, a Samba Band, various vehicles, a Fire engine and Ford tractors and a vintage car. The Kernow Pipes and Drums Band had the last position and the pavements were crowded with locals and visitors. The long road to the town was mostly downhill with a final steep hill to the Square.

On arrival, there was a warm welcome of cheering and applause from the waiting audience on the packed pavements as the Band performed. After which the Band tackled another hilly road back up towards the Carnival field before forming a circle and playing. They continued to play along the return route to the field where they completed their playing and were dismissed.

It had been yet another enjoyable and entertaining Carnival set in beautiful surroundings with lovely weather! 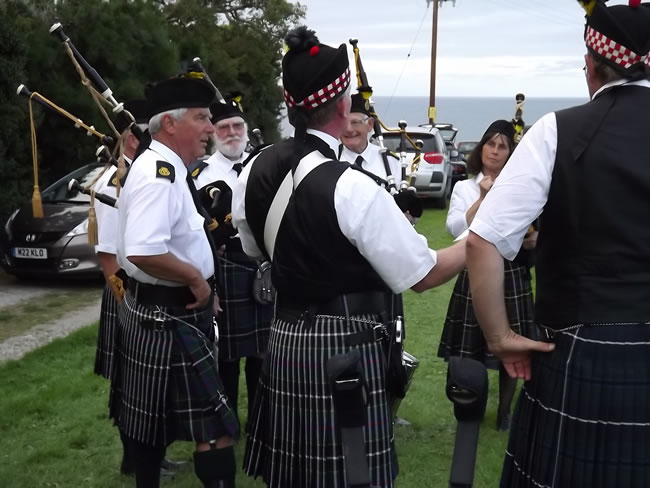 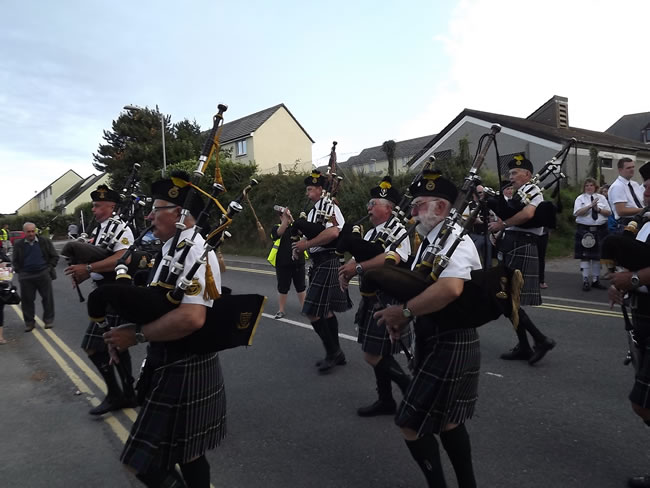 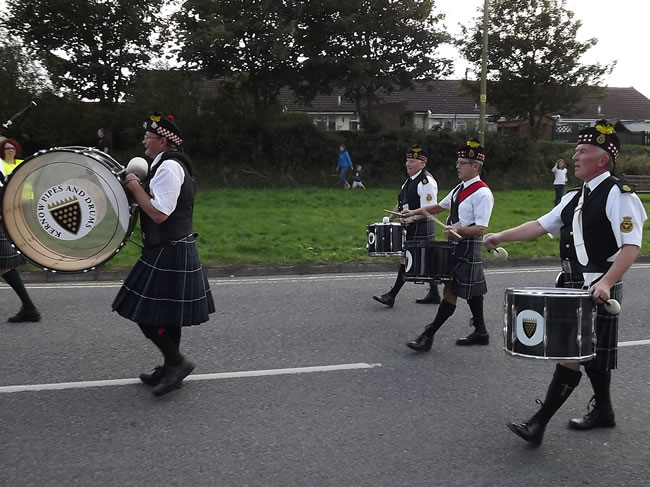 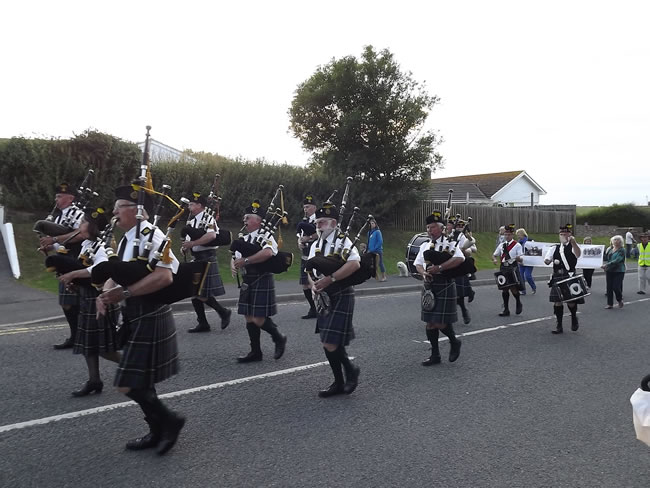 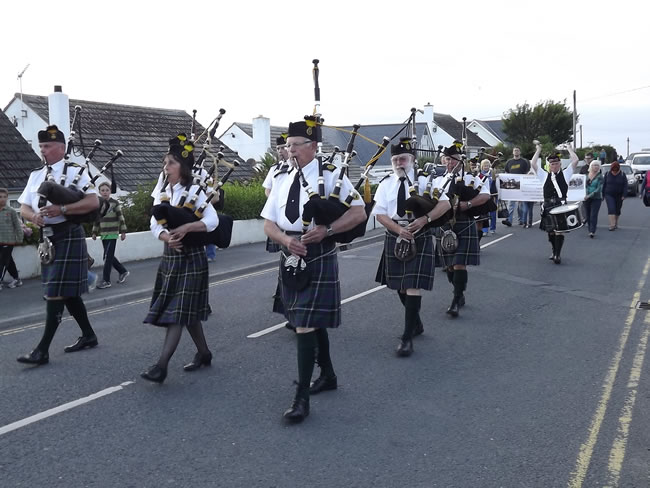 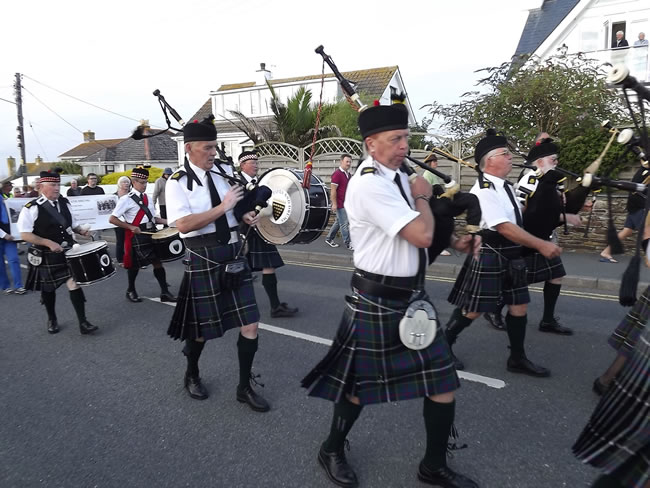 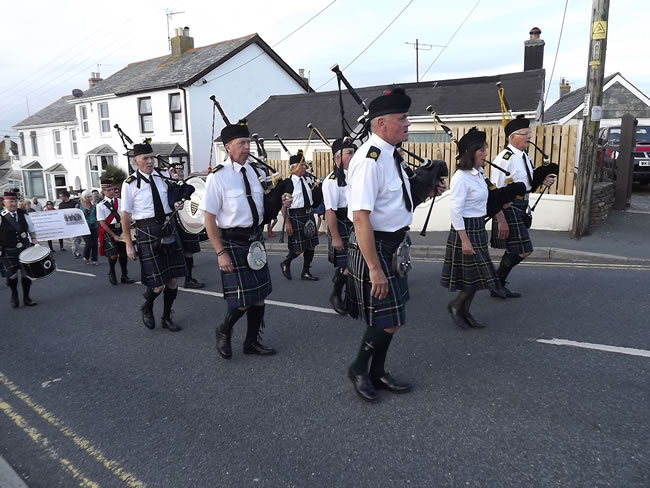 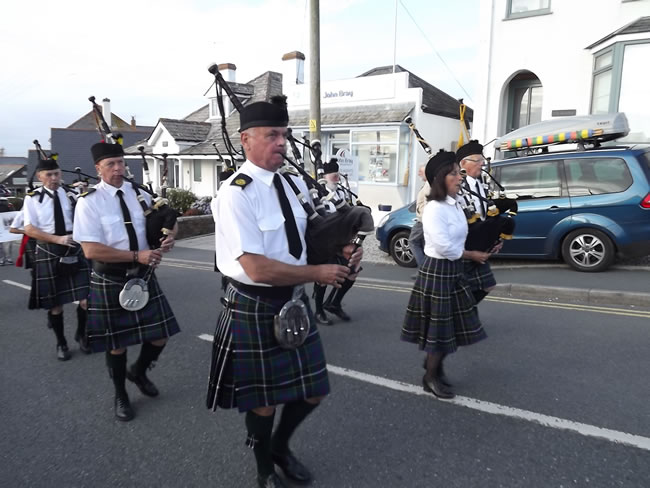 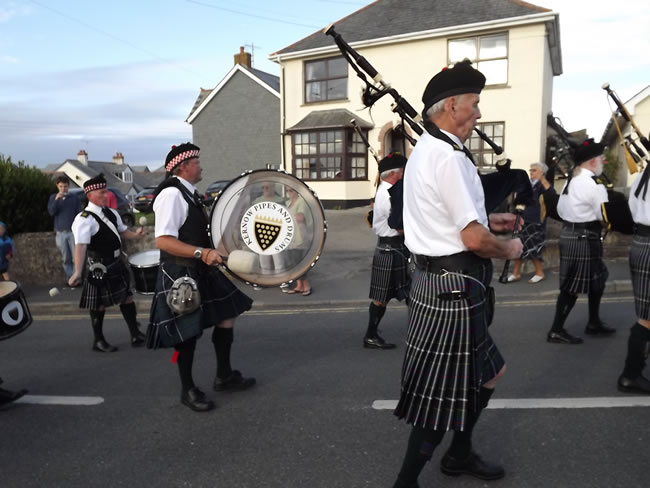 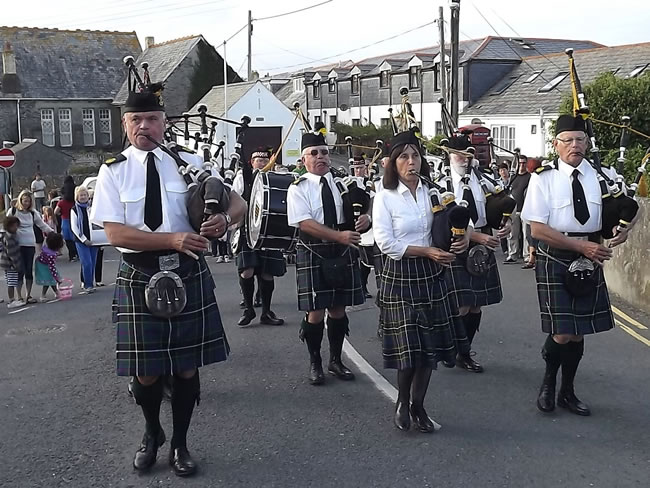 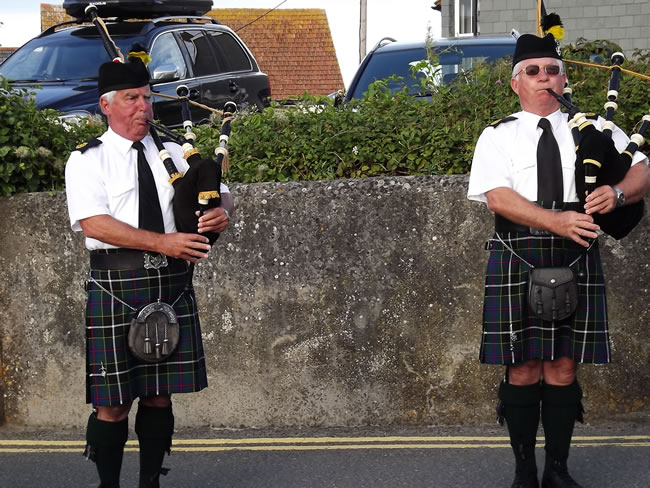 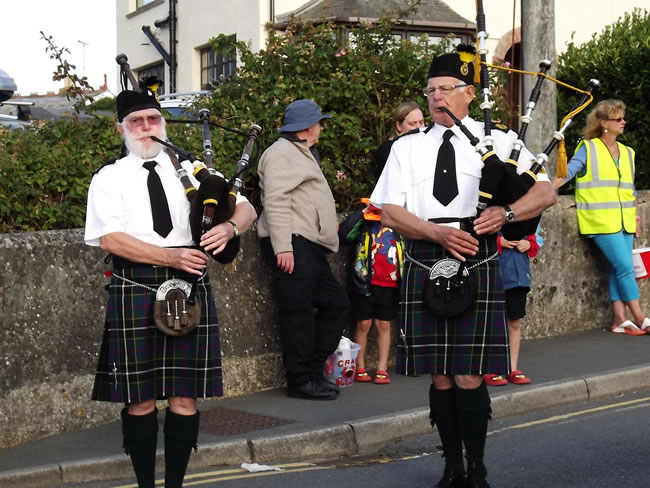 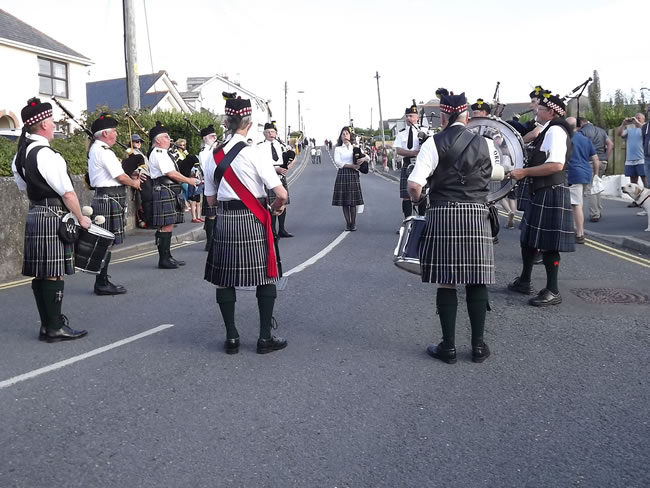 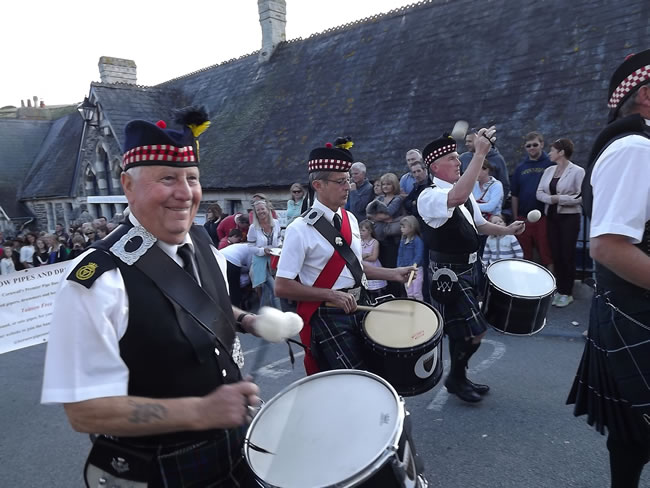 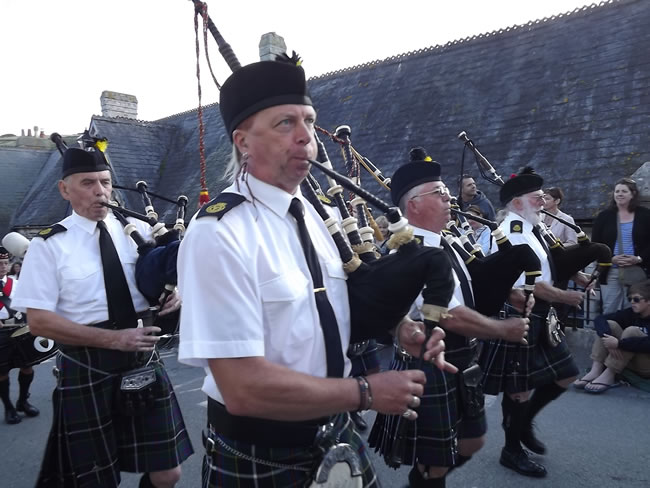 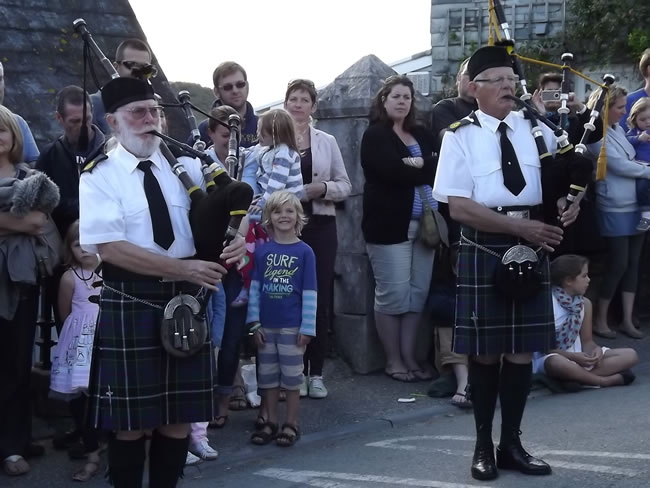 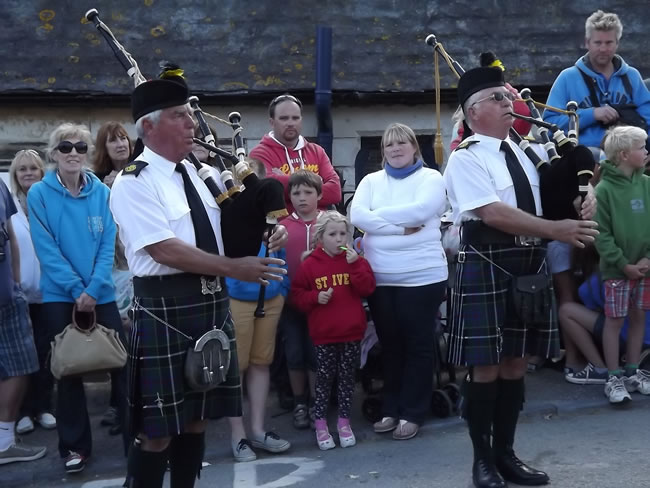 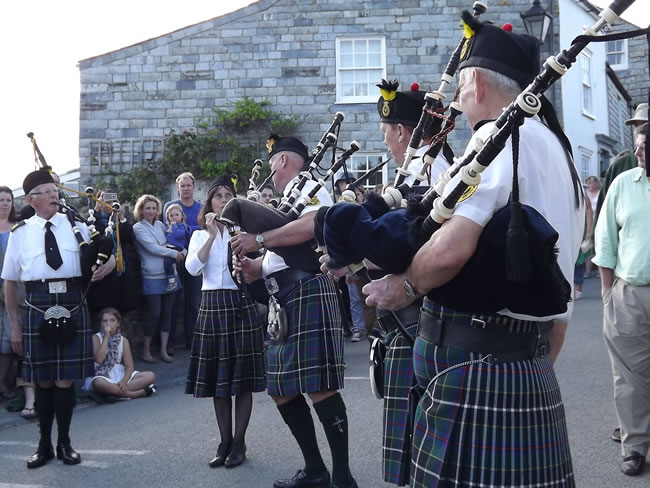 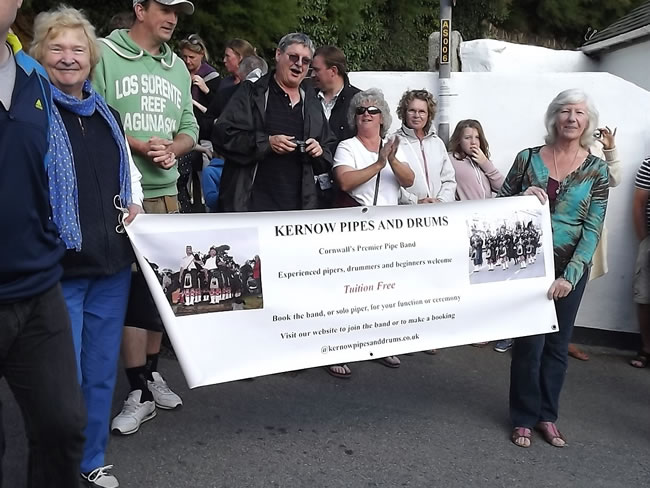 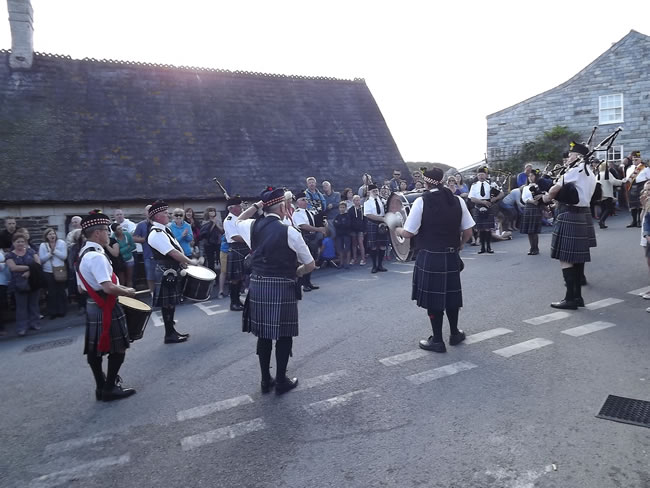 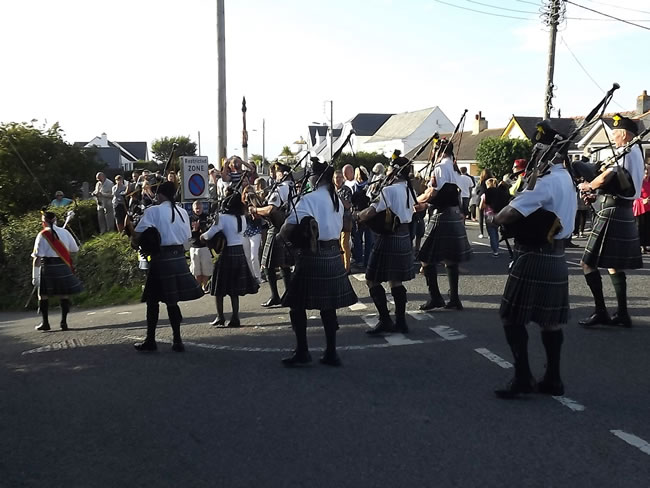 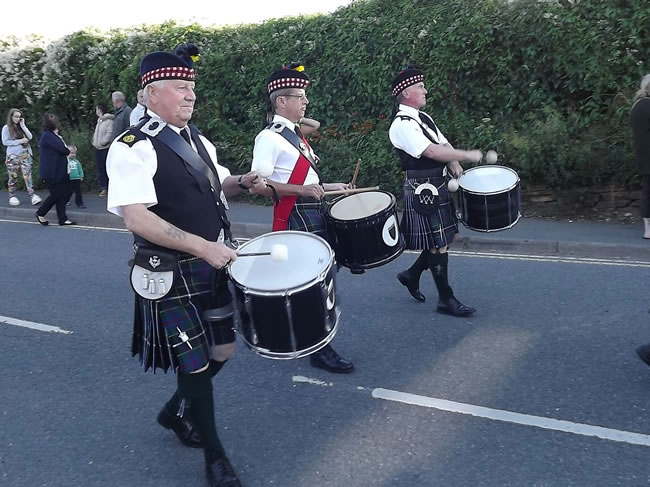 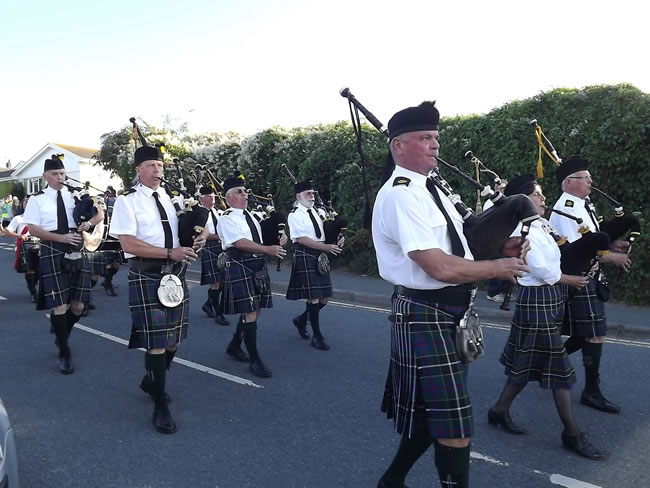 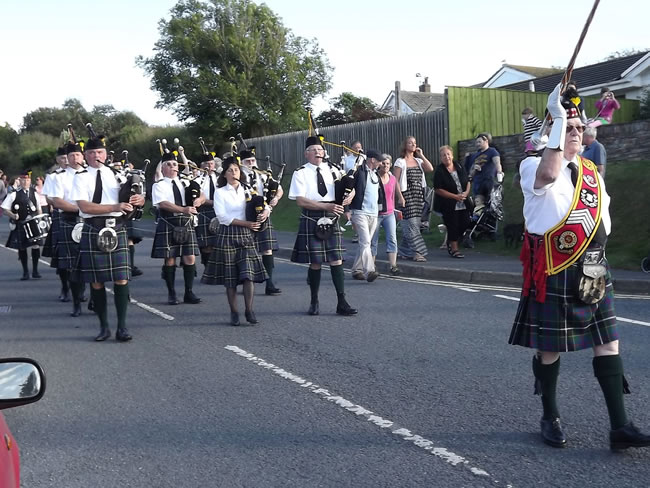 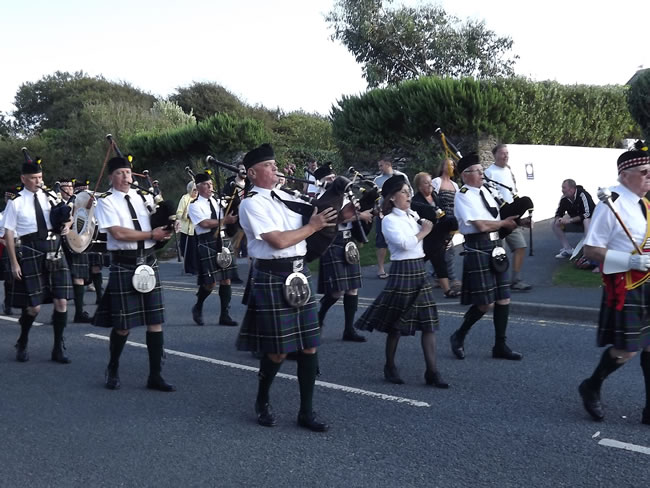 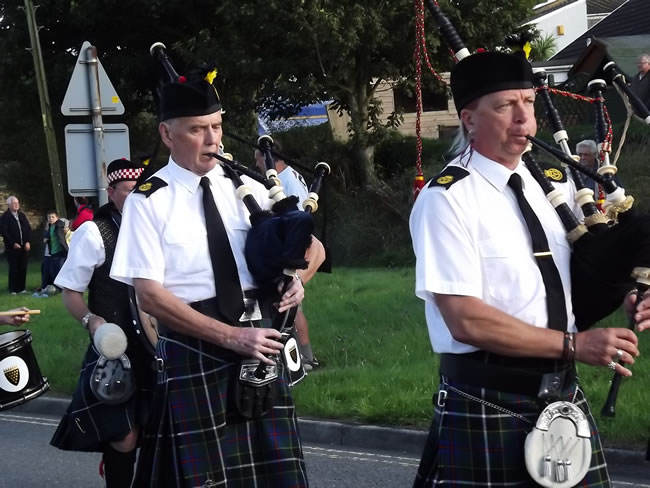 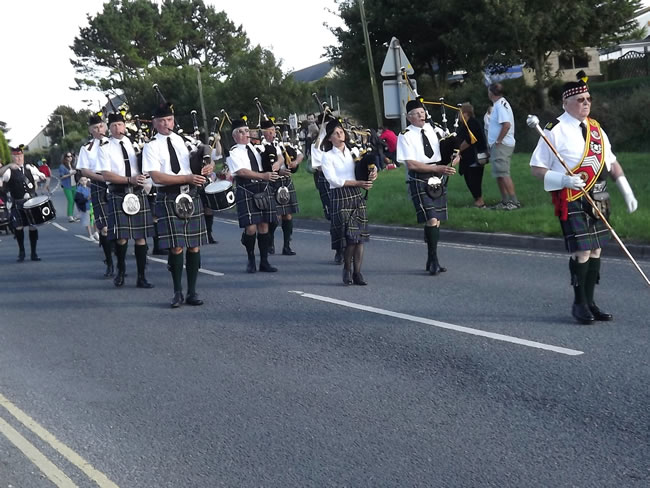 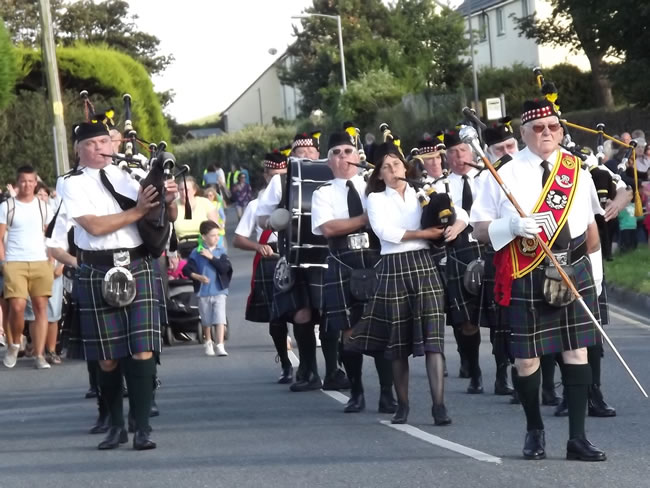 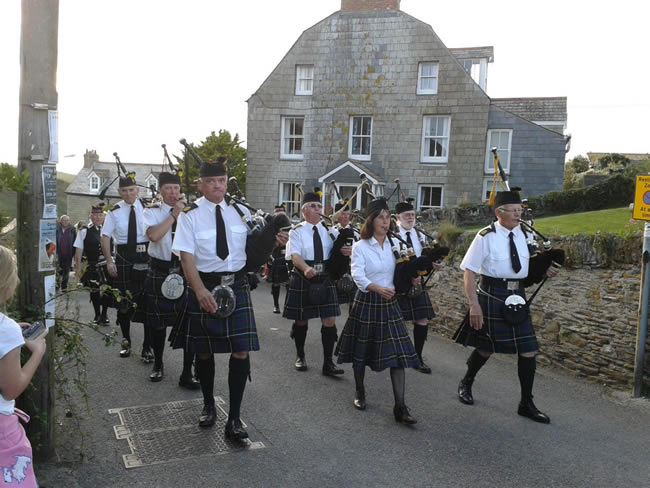