With clear blue skies and sunshine, the pattern for the afternoon weather was set. The members of the Kernow Band met in the car park of the Highwayman Pub and set up their pipes for their first slot. There was a lively atmosphere from the families as they sat chatting on the balcony of the pub and in the adjoining Beer garden.

The Band had been approached by the Manager and been happy to take part in the fundraising event for the good cause of Help for Heroes. At 13.00 hours they formed a circle in the Beer garden and played to the applauding visitors and families at the picnic tables for approximately half an hour.

Tunes played from the Band’s repertoire included – Green Hills/Battles O’er, the British Legion Set, Amazing Grace, Highland Cathedral, and Last of the Great Whales. Dress code for the event was shirt sleeves and No 1 Bottoms.

There then followed a lunch break which was kindly provided by the Pub and the band played at 15.00 hours in front of the Pub’s forecourt for about three quarters of an hour. Solos played during both performances included Danny Boy, Abide with me, Trelawney.

Auld Lang Syne was the finale and played to much applause. The Manager of the Pub made a short speech, announcing that £1,000 had been raised for the Help for Heroes Fundraising and thanked the Band for taking part and their performance. Everyone agreed it had been a very pleasant afternoon in the sunshine listening to the music of the Kernow Pipes and Drums. 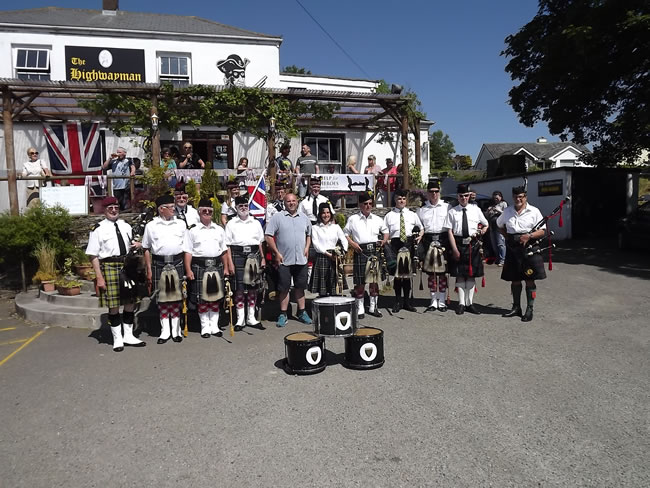 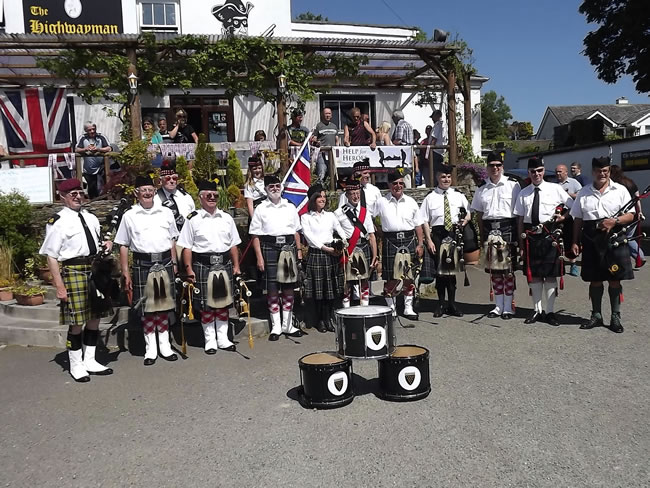 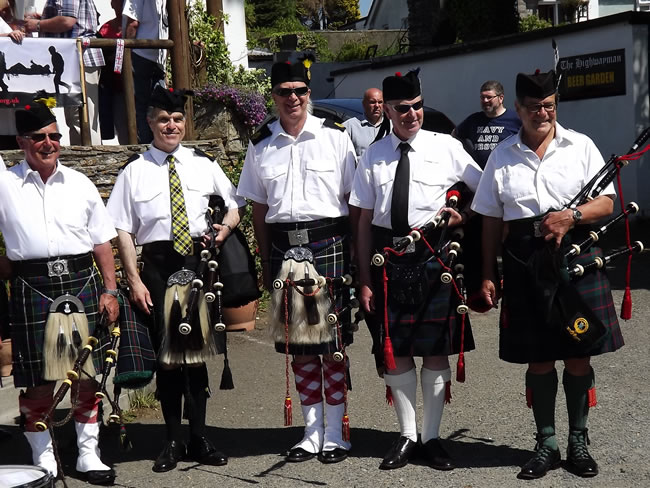 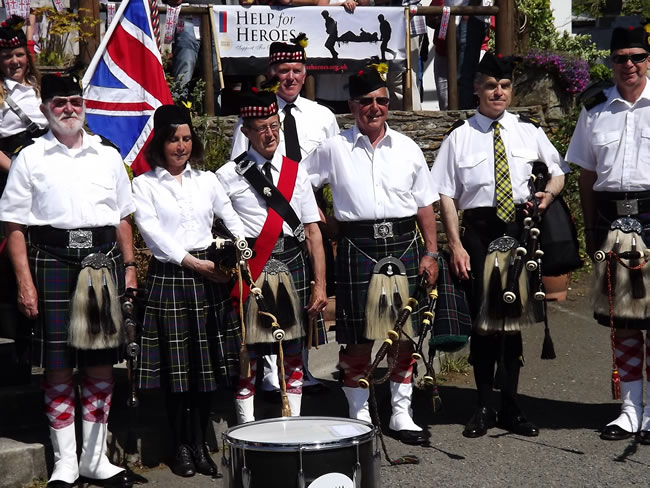 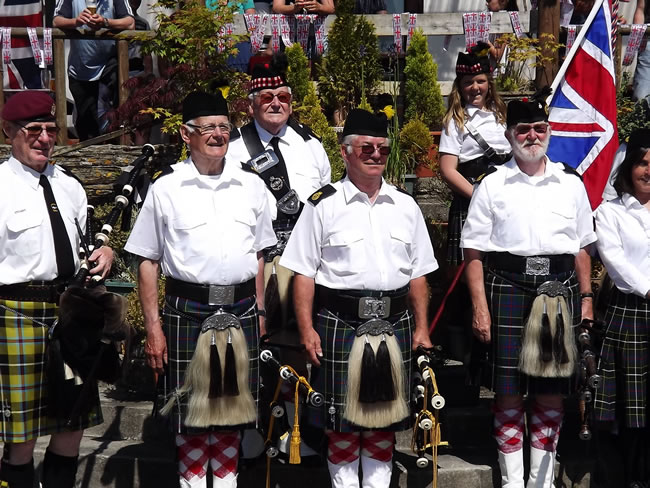 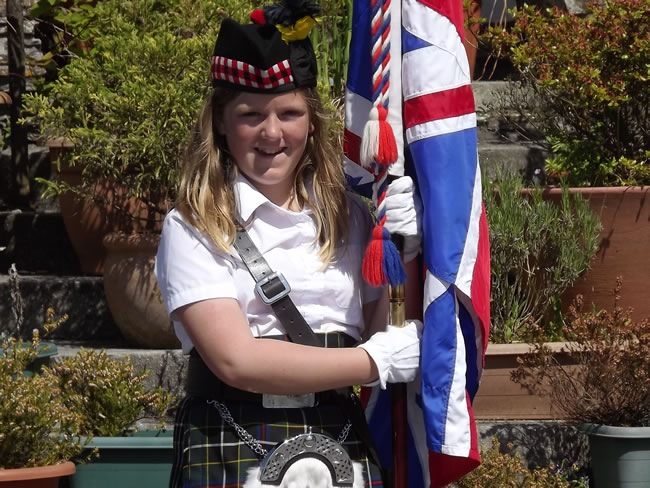 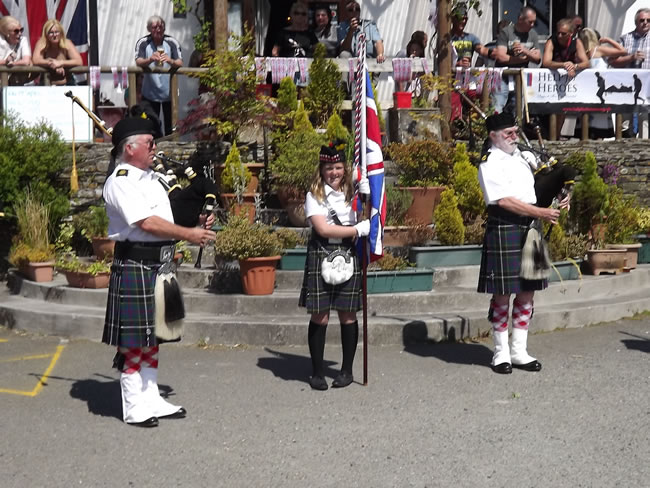 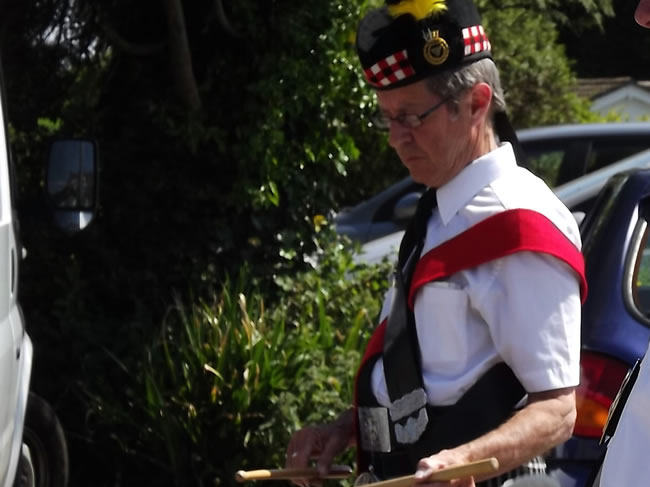 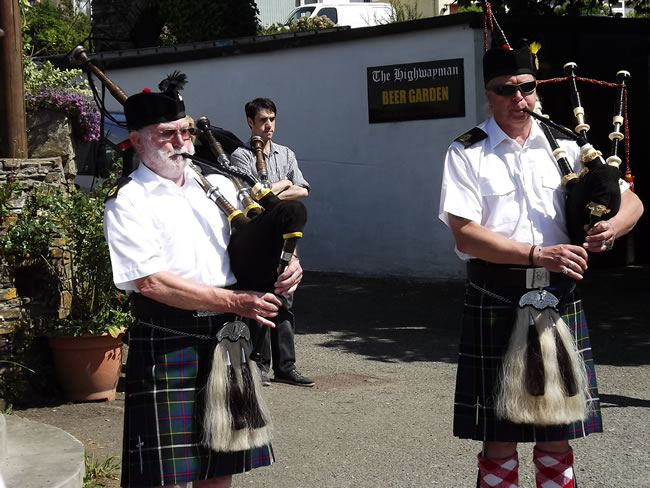 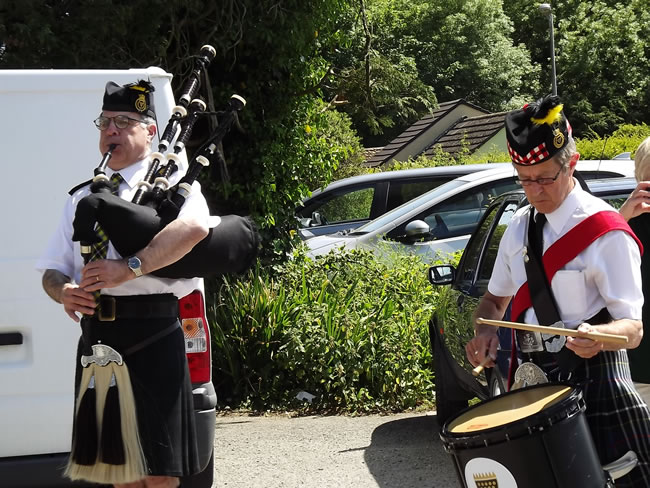 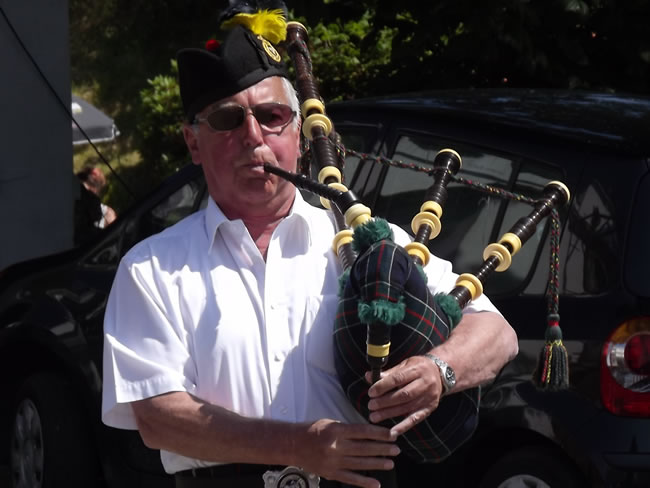 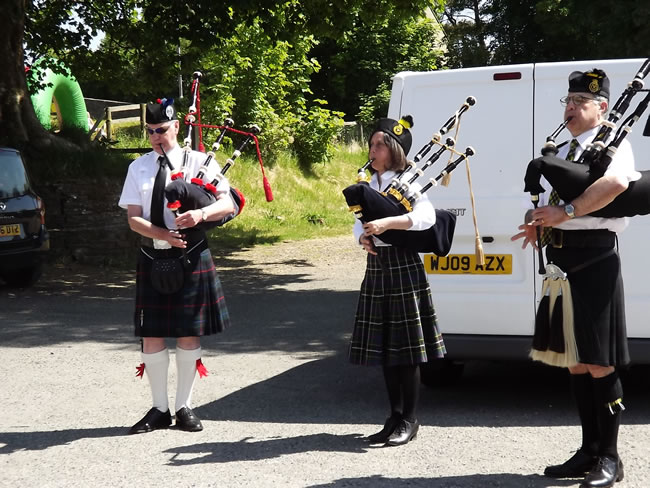 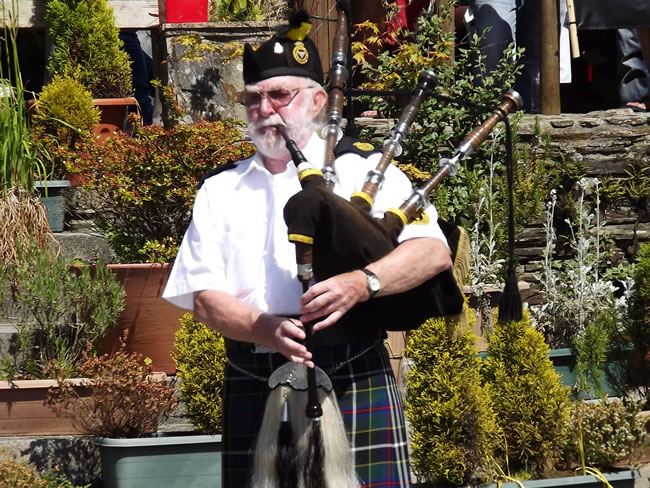 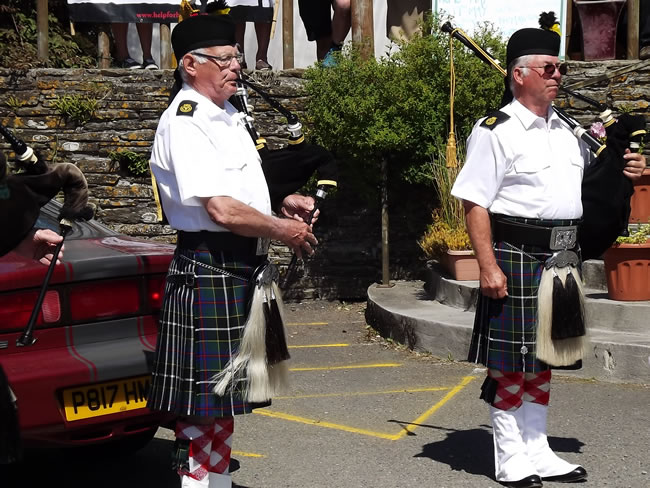 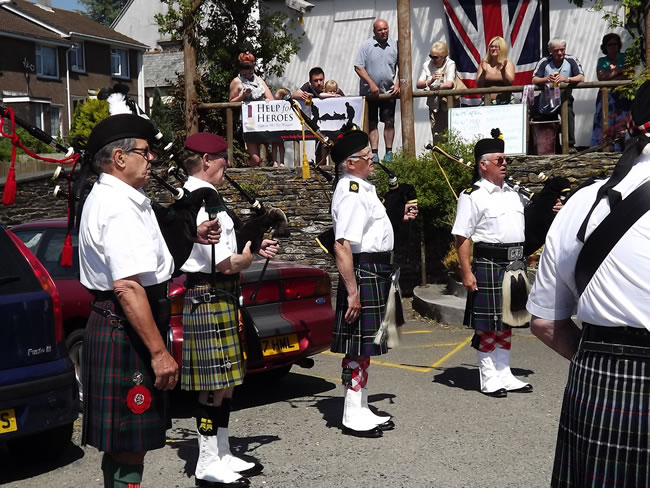 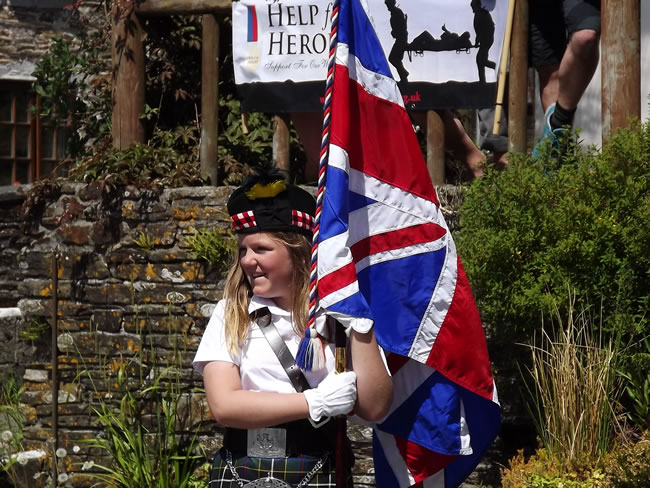 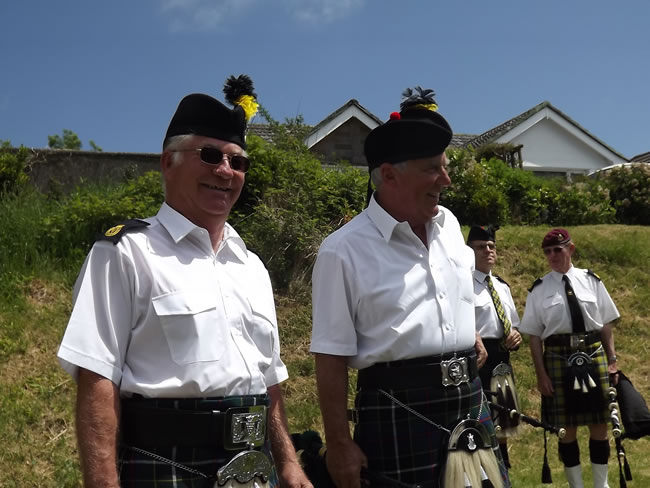 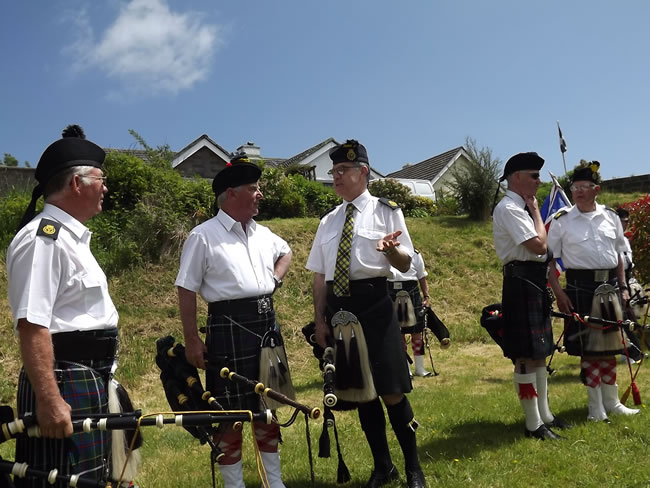 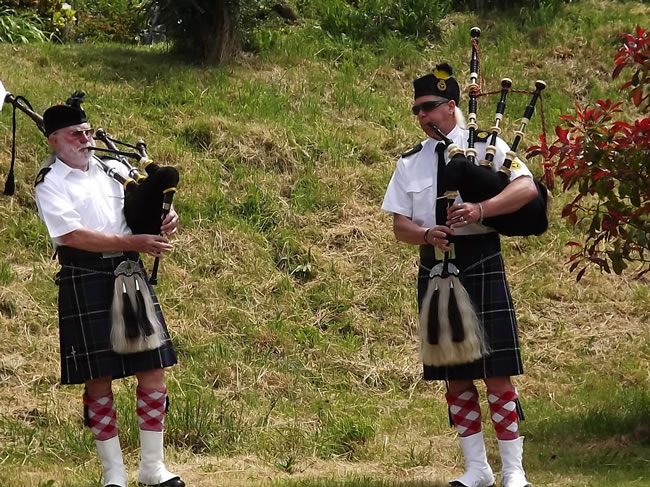 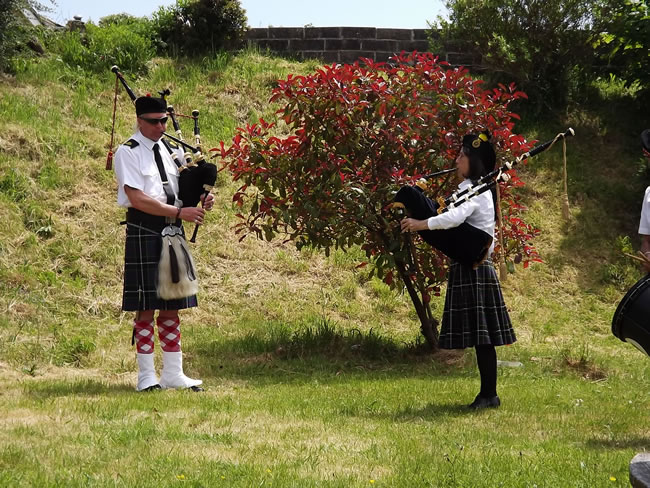 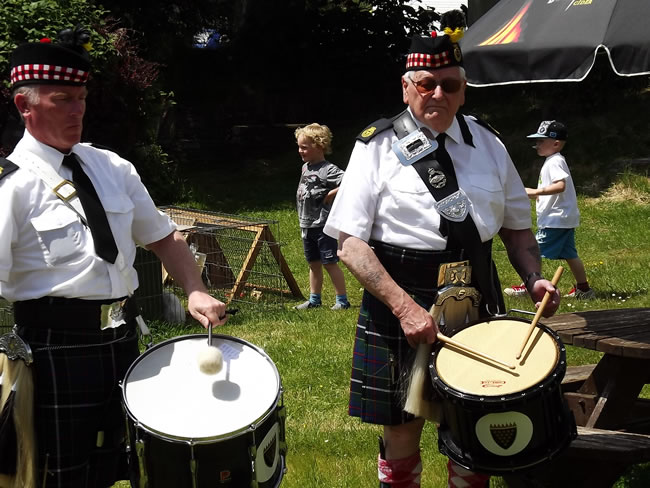 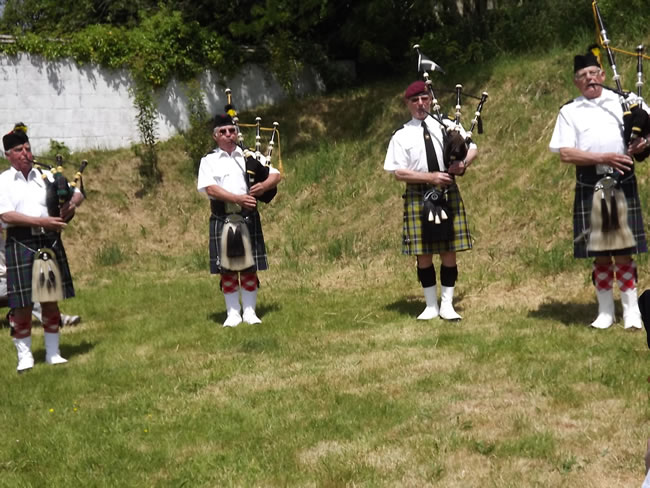 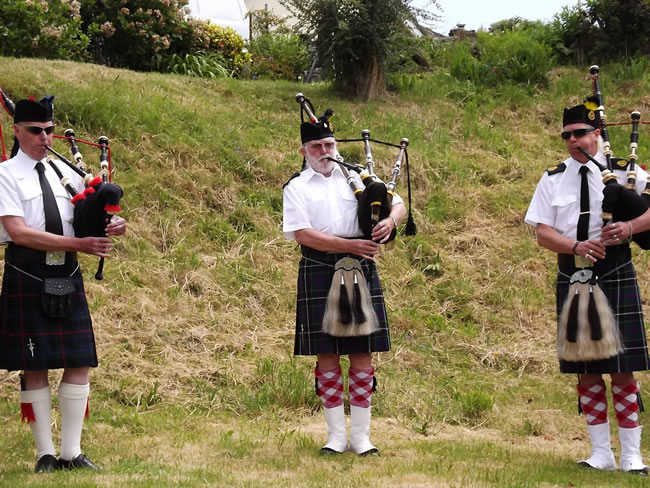 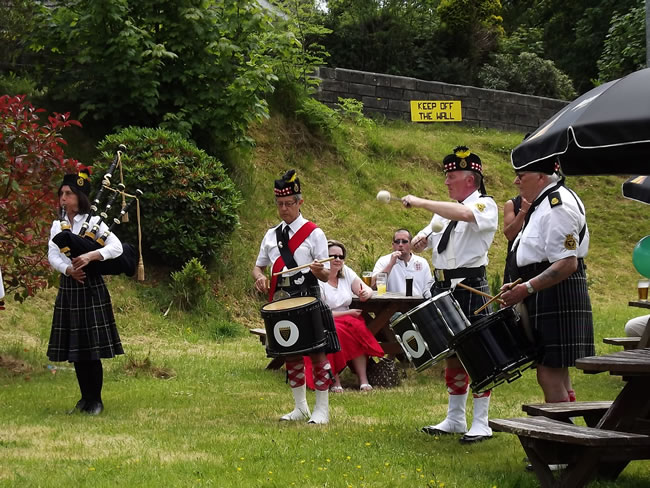 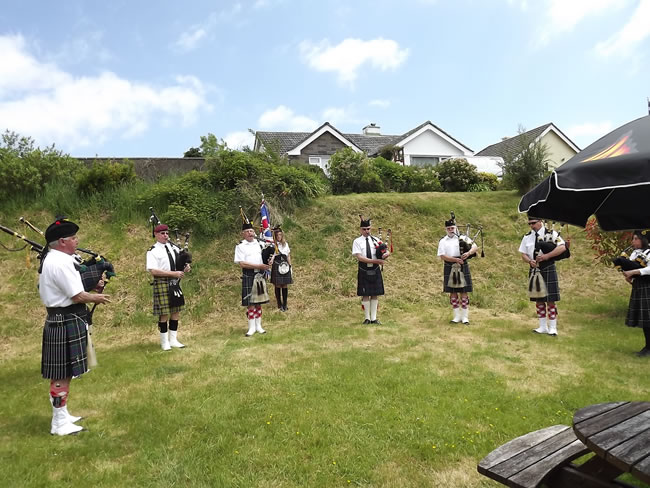