There were high clouds for most of the morning and a brisk cold wind but rain was not expected until mid-afternoon at least. Although traffic was closed to the quayside for the majority, the Band Members’ cars were parked in like sardines on the quay. Day Dress was jackets and capes if needed. Already the roads were filling up with holiday makers and locals as the band members had a tune-up session on the quayside.

The Lion’s Bus took the members up to Marcus Hill and the short Procession consisting of the Town Crier, the Kernow Pipes and Drums plus Mayor and Dignitaries started down the busy main street at 11.20 hours. Every so often the Town Crier in his striking uniform would stop and ring his bell loudly and announce the entertainment going on down the Quayside in celebration of it being Newquay National Lifeboat Day. The Parade eventually reached the now overcrowded Quayside and the Band stopped playing and were dismissed after the Band Leader had a brief chat with the Members.

It then being 11.45 hours and lunch time and it rained! While some of the public stayed put, putting up their umbrellas and donning their rain macs, others scrambled for shelter in the buildings and marquees. Free refreshments were kindly provided by the Organisers and very much appreciated by the Band Members.

Music was also supplied by the Newquay Band and the Midnight Ramblers. There was no end to the family entertainment for the afternoon including the highly popular Robot Titon who flounced about making plenty of noise for the enjoyment of the children (and others!). Also on offer was Face Painting, and the delightful comical Stormy Sam of RNLI fame, numerous sea events put on by Lifeguards, Search and Rescue and the arrival of the Padstow Lifeboat to name but a few of the events.

Soon after 13.00 hours after the giant robot had retired to his van it was the Band’s turn to take to the stage and the rain stopped as it formed a circle and played for 20 minutes. The crowds were clapping and vocal in their appreciation.

It had been a lovely well organized event in a great holiday atmosphere with appreciative crowds and the weather had spared the Band any rain whilst playing to them.

There was some concern when it was found a car was blocking the exit for the Band’s cars but the problem was sorted with a little assistance from a tractor and the consent of the car owner’s Grandfather and soon the Members were on their way home! 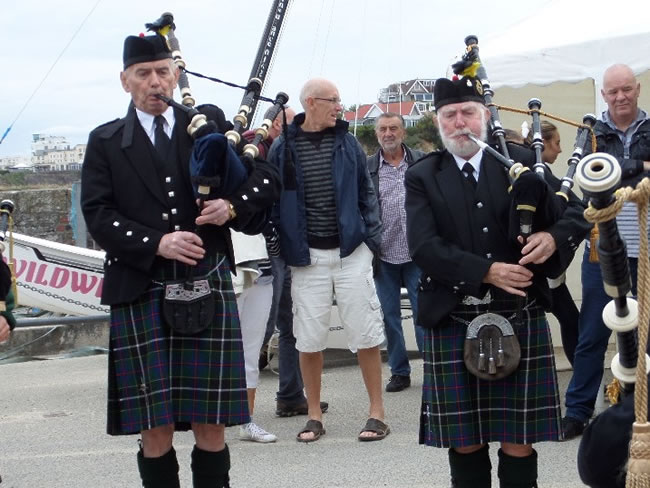 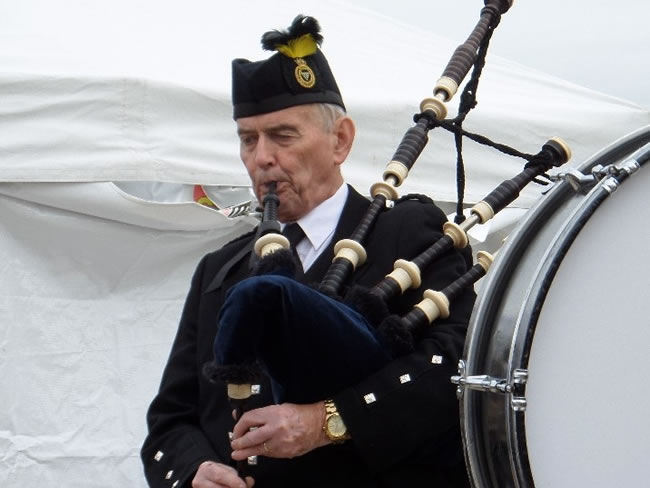 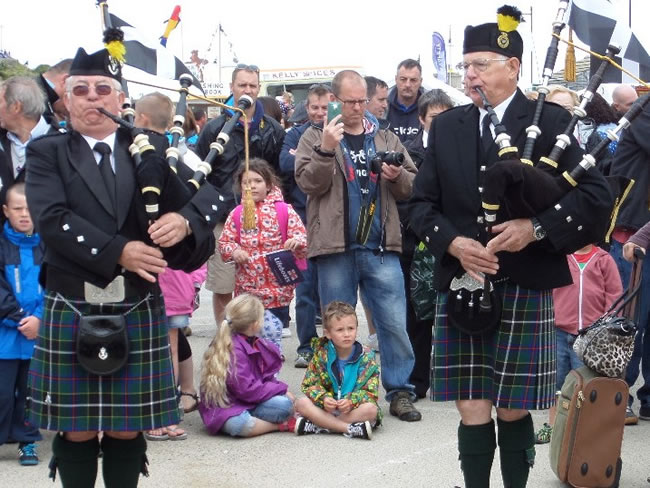 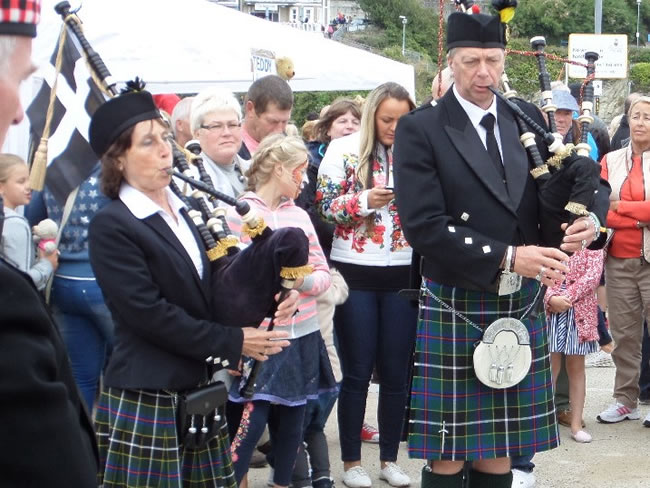 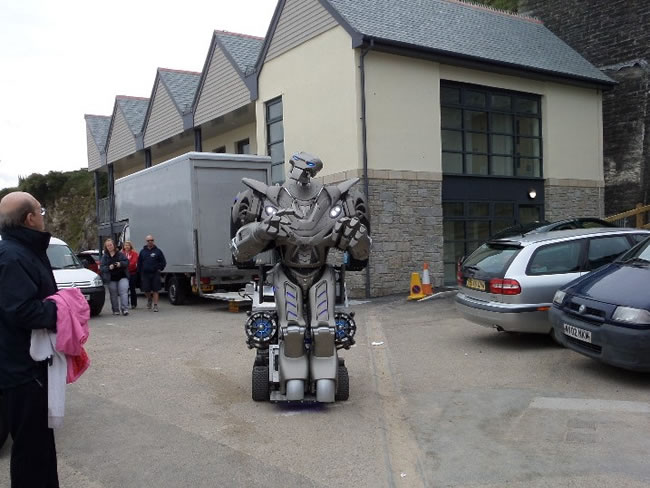 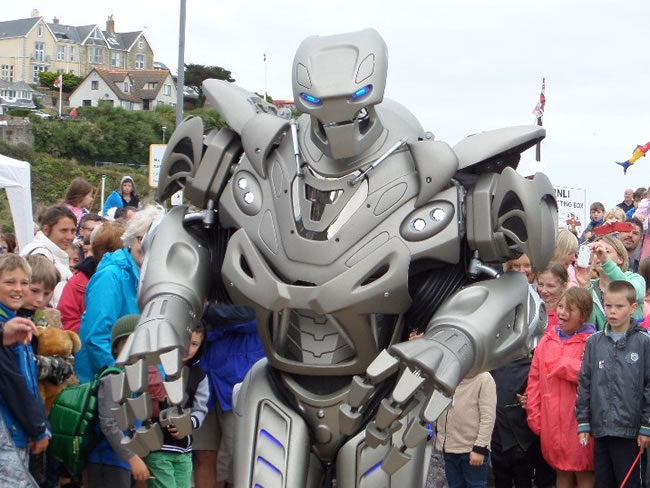 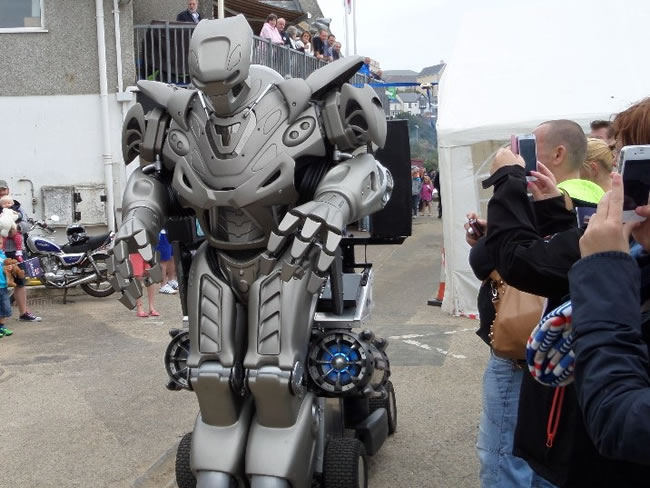 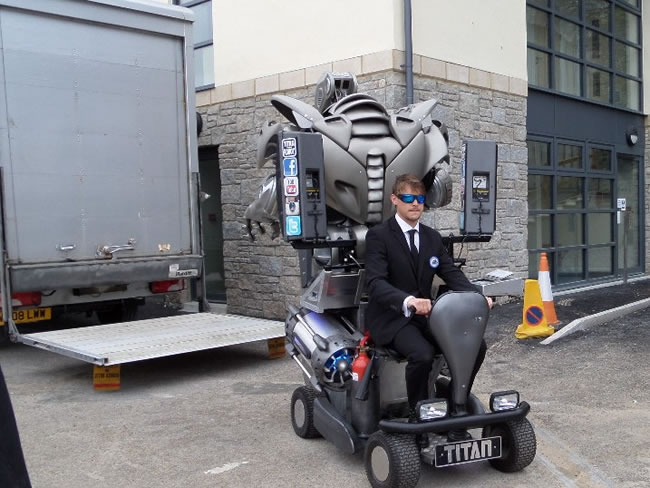 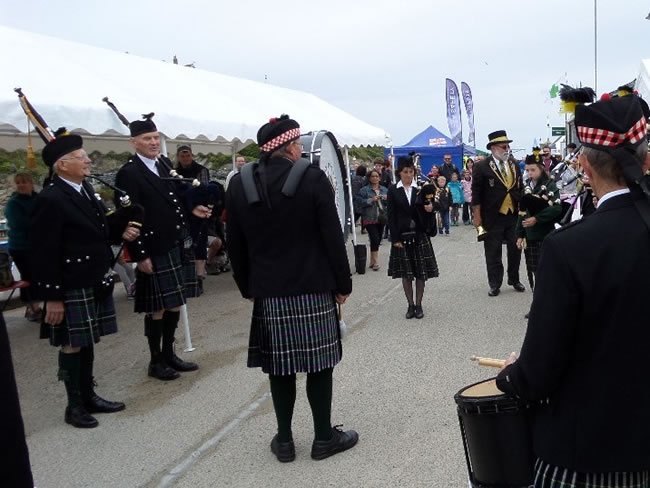 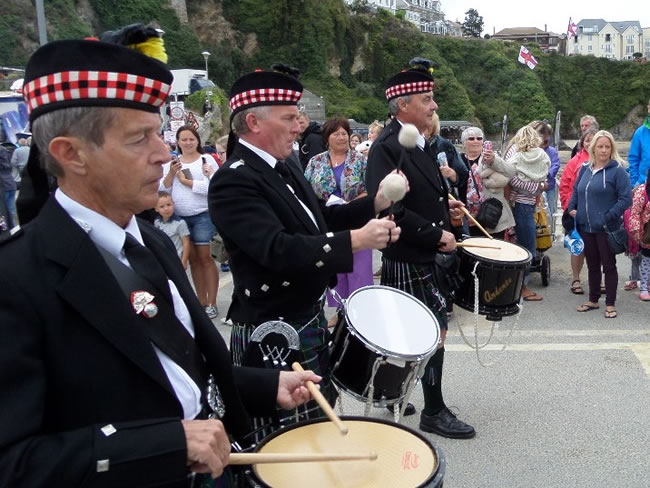 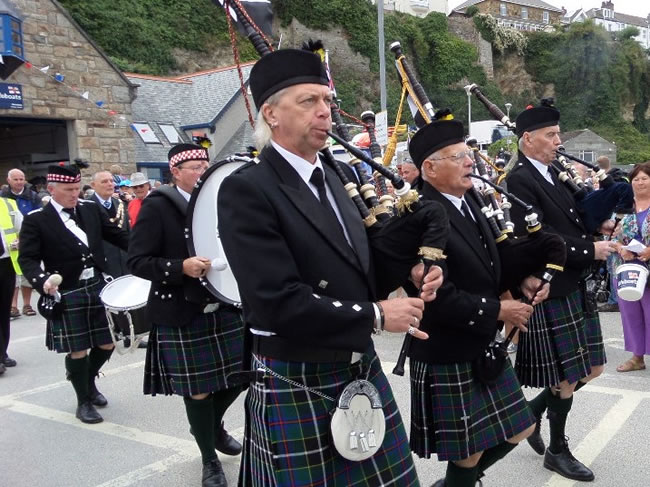 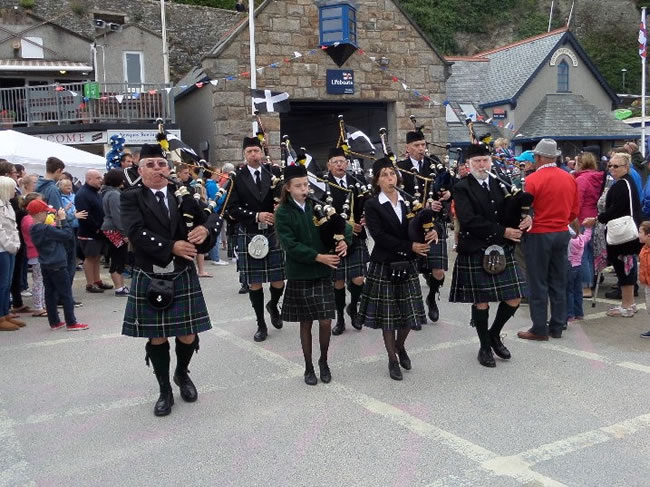 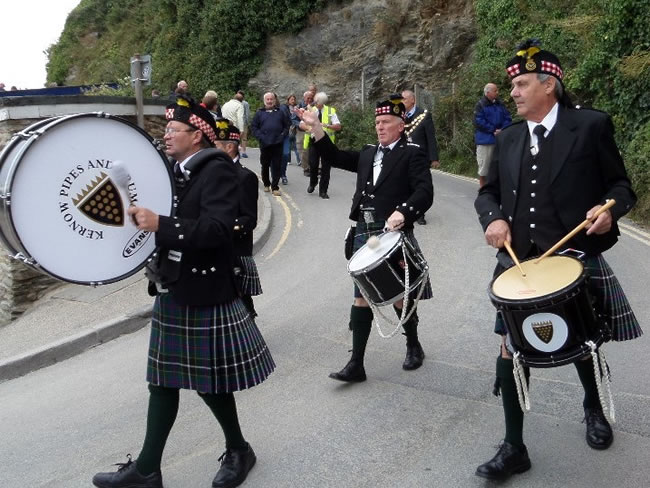 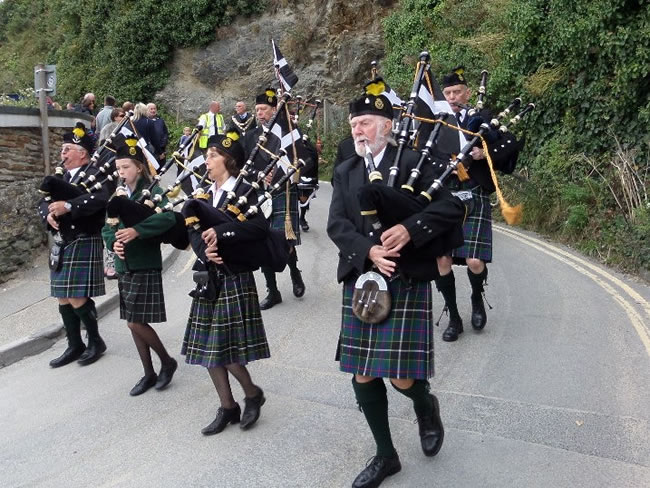 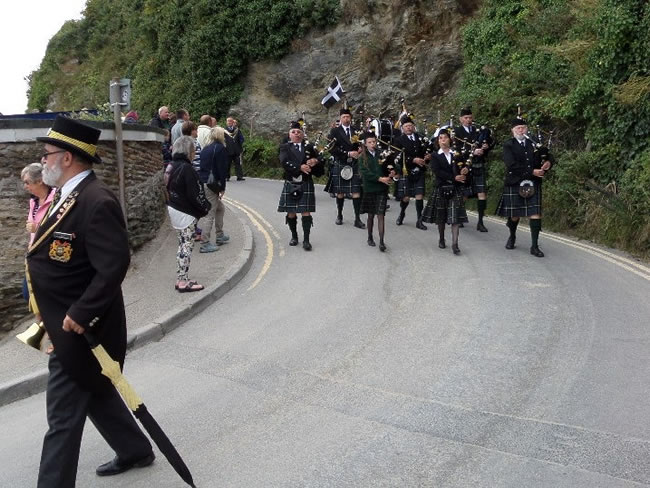 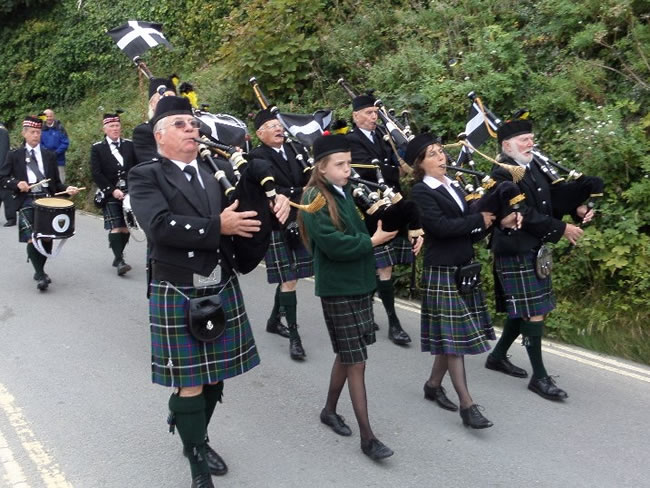 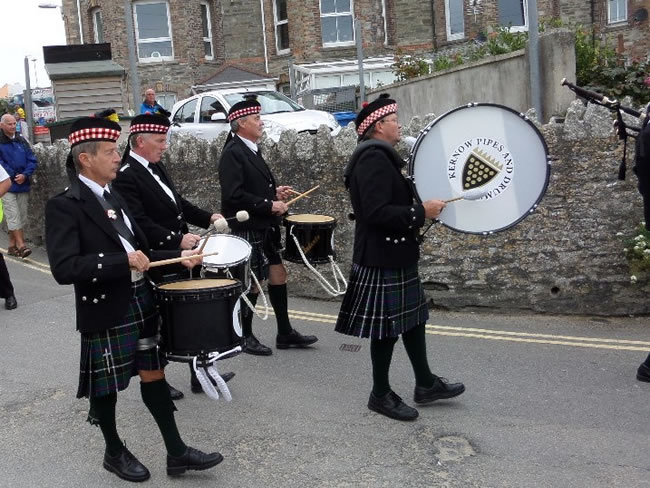 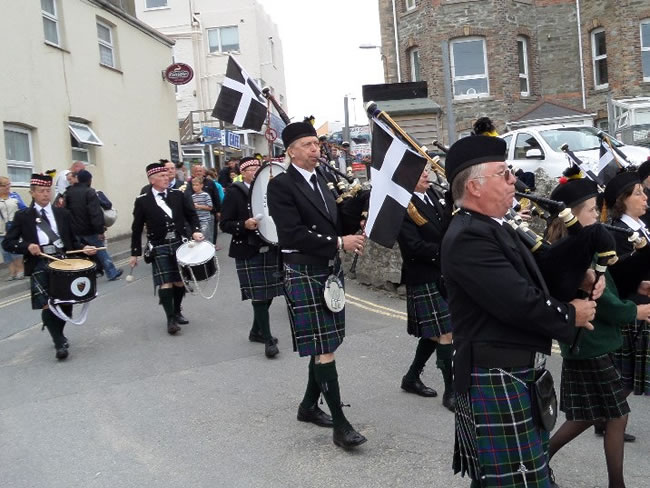 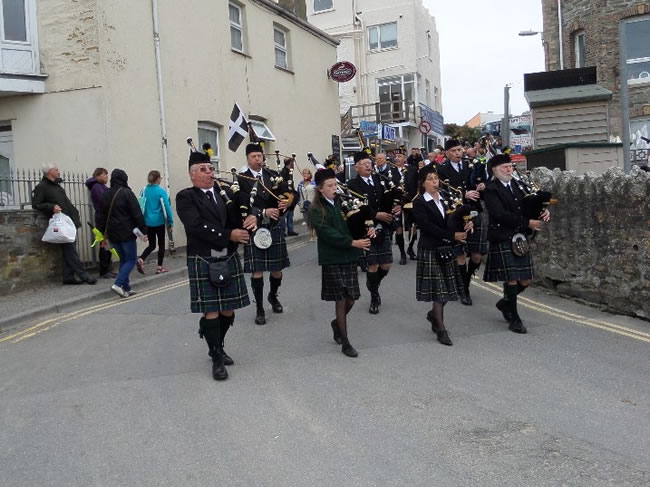 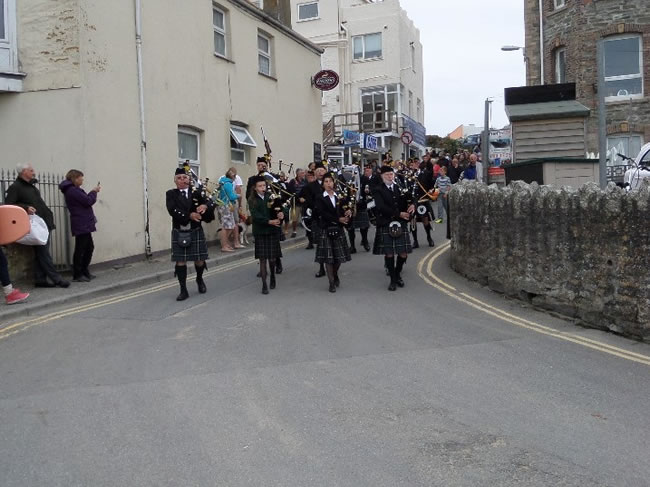 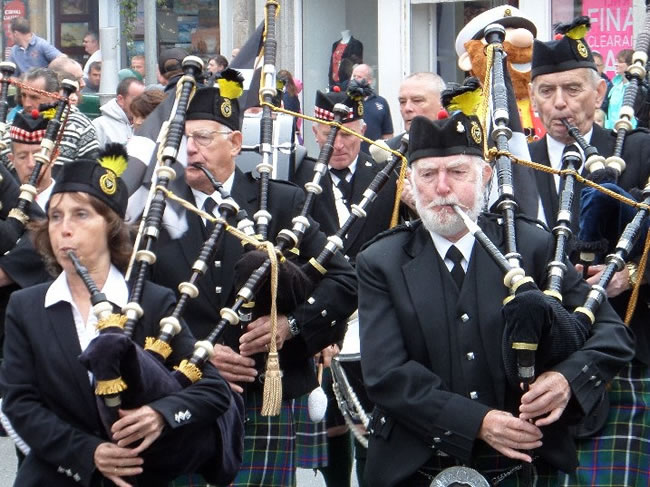 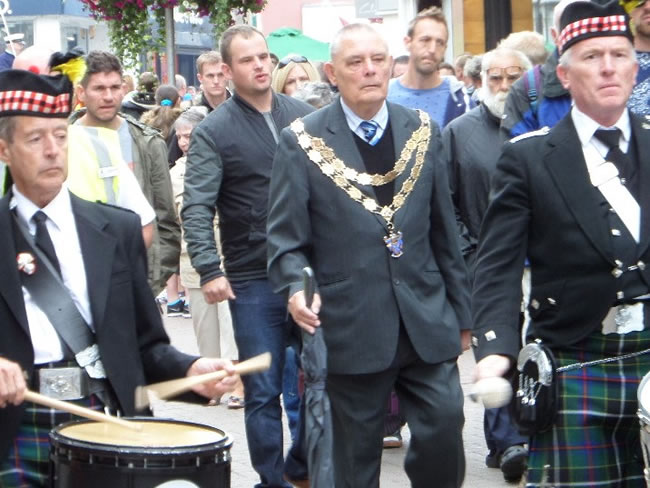 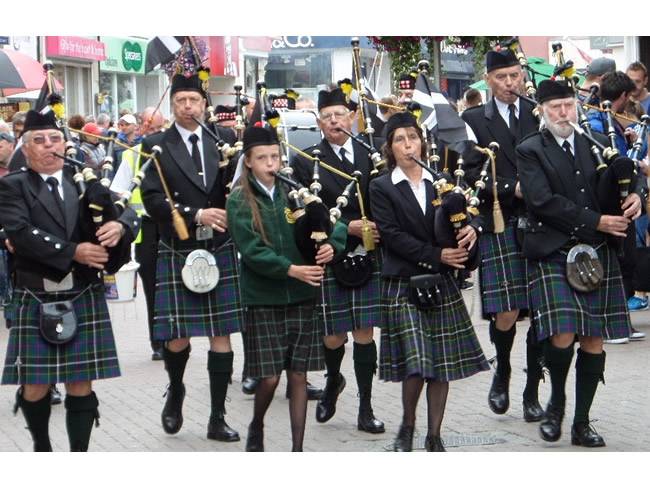 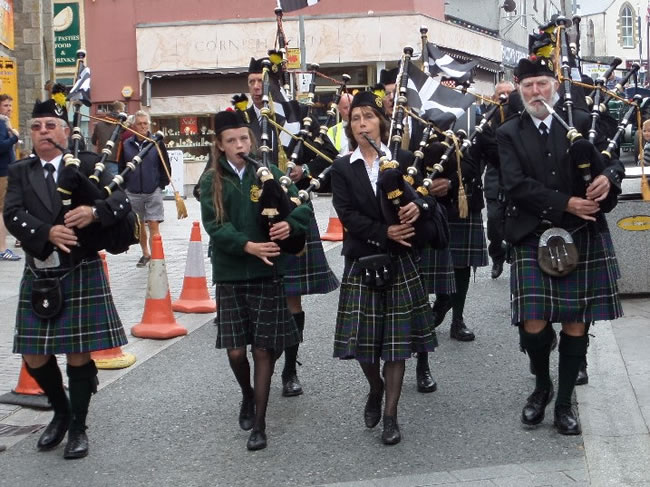 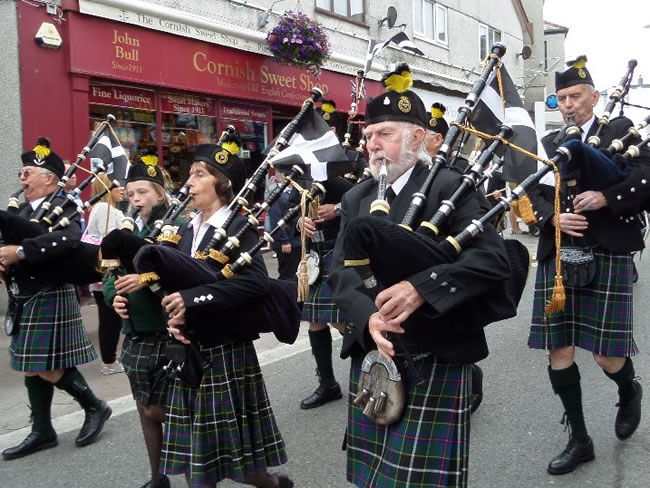 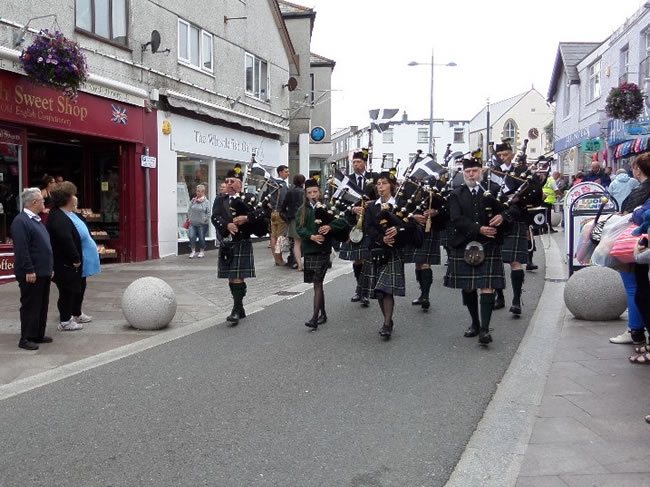 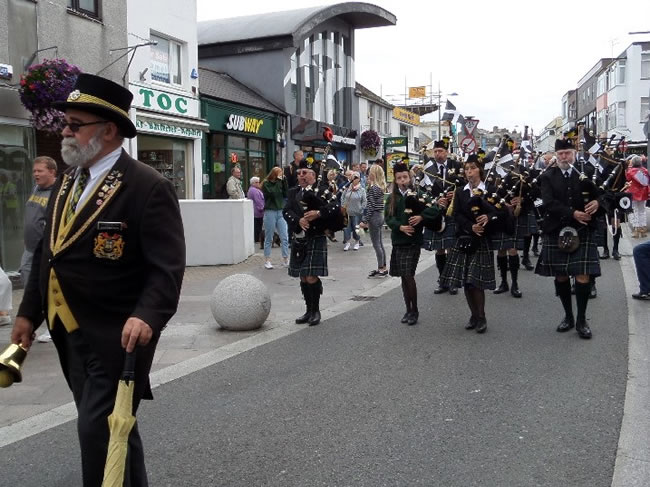 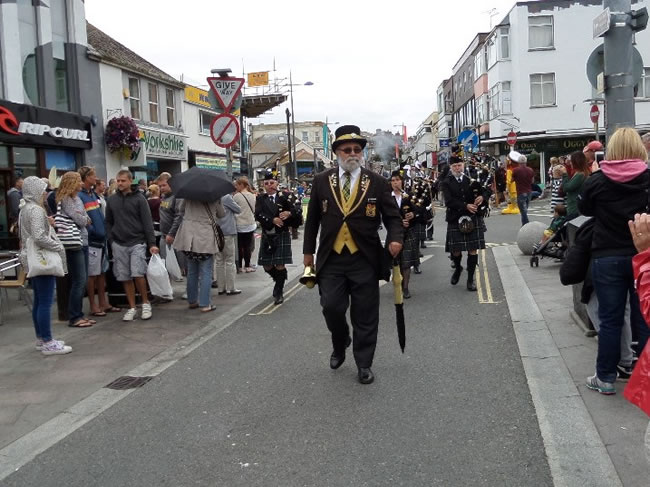 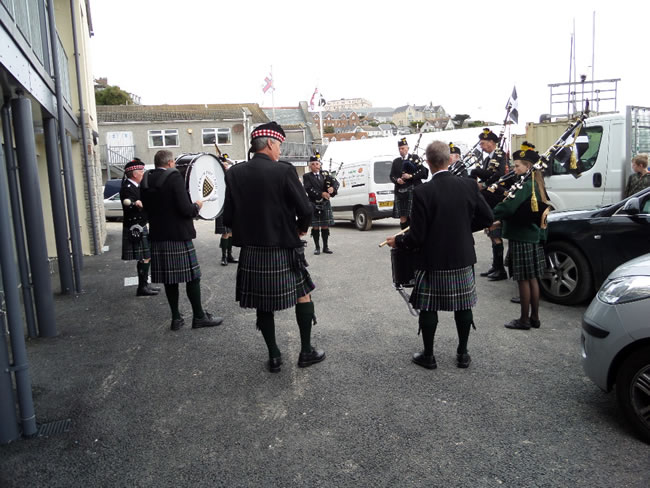 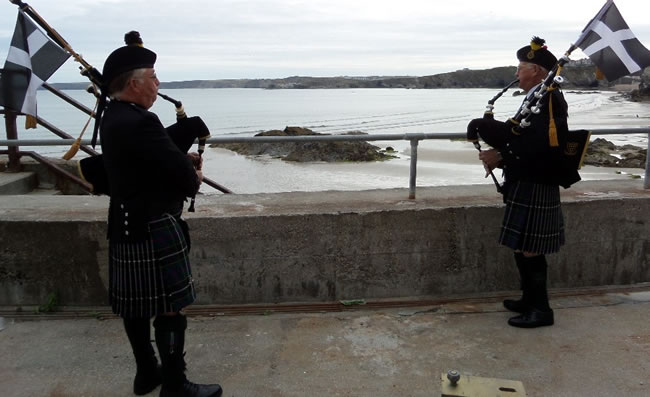