With the forecast of evening showers the Band deemed it expedient to carry capes for the event, with 2 or 3 members wearing them in view of the drenching everyone received at the Parades in Falmouth and Truro on Sunday. The 9 pipers, 4 drummers and Drum Major met in Steve Andrews Tyres’ car park and kindly sheltered in his premises where they were offered refreshments. Once again it was a joy to have Sue on the team, to play the Bass Drum whilst Keith was away on vacation. At 18.00 hours they were taxied up to the start of the Carnival on the hill at John Keay House, now the site of Cornwall College.

The grounds were already filled with participants, their lanterns waving in the breeze just as the roads were filling up with the waiting public. The Torchlight Parade set off down the long hill half an hour later led by Steve Andrews’ vehicles followed by the Kernow Pipes and Drums Band and a very large crowd of primary school children from Mount Charles School, waving their hand-made football sized lanterns. The weather at that point was at times dry and sometimes drizzly.

It was a long and lively parade containing, to name but a few entrants – St Austell Silver Band, Samba Bands, the “Stepping Out” Jazz Band, Falmouth Marine Band, A humourous float of singing nuns depicting  “Sister Act” (Minear Engineering), Commercial Vehicles, various Advertising floats, a St Austell and District RNLI float, a myriad of children carrying lanterns in the shapes of fishes and stars, and Fairy Queens – most of the entrants wore brightly coloured lights. There were numerous fancy dressers and dancers and giant sized paper lanterns.

Although it was rumoured that this year may well be a shorter route than last year the trail was the same if not seeming slightly longer. By the time the start of the Parade reached the Council Offices it had taken 2 hours – the Band had stopped 4/5 times to form a circle and play to the crowds who were appreciative in their clapping and cheering and occasionally joining in the songs, especially the British Legion Set which always proved to be a favourite. The weather was not dramatic, just the occasional very light shower and capes were not worn generally.

The Members were soon being taxied back to their cars, courtesy of the Steve Andrews’ organization – it was 20.15 and on arrival there, the rain came, torrential at times. The Members spent the next hour or so enjoying warmth and comfort in the shape of hot pasties and drinks in a Piper’s house before their journey home. 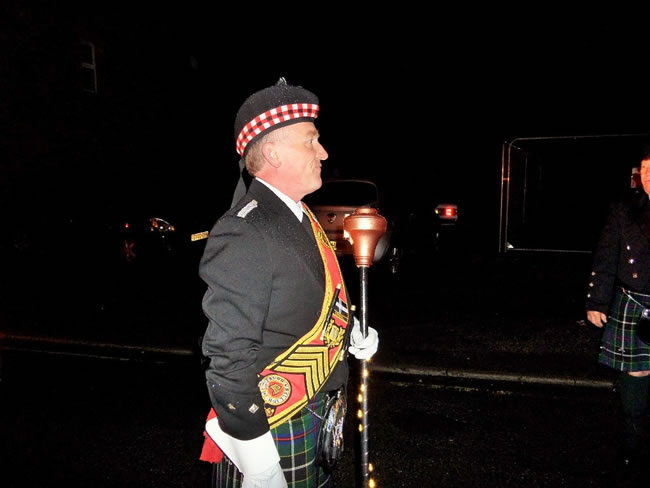 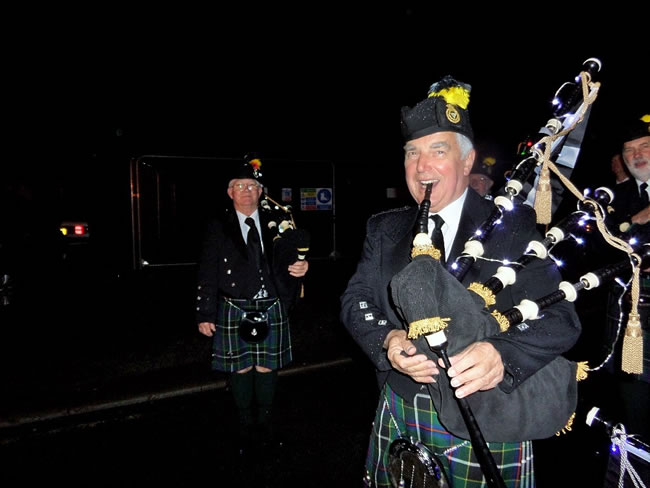 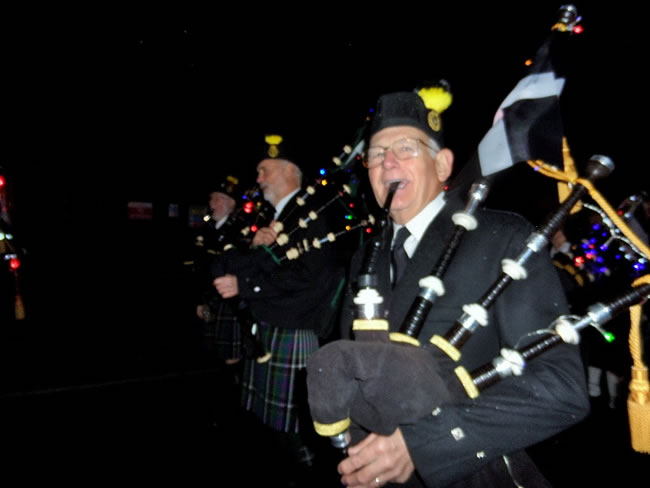 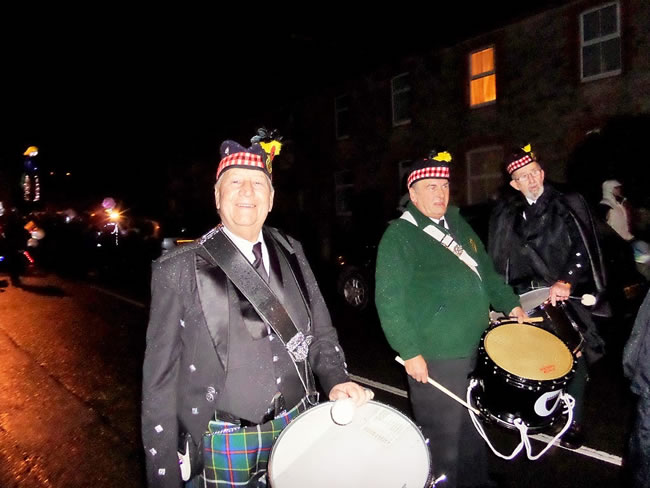 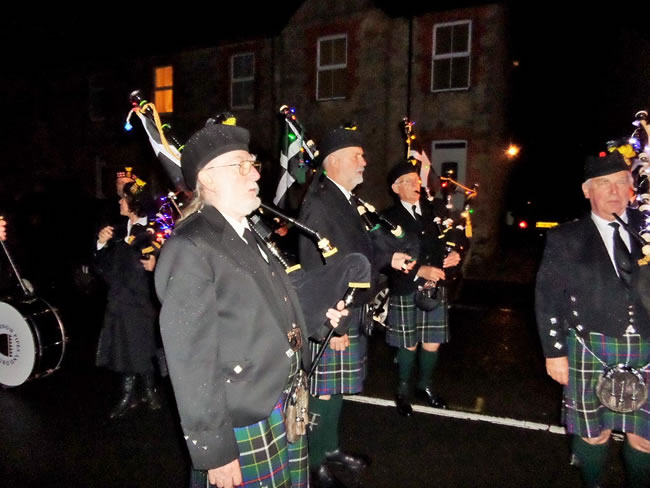 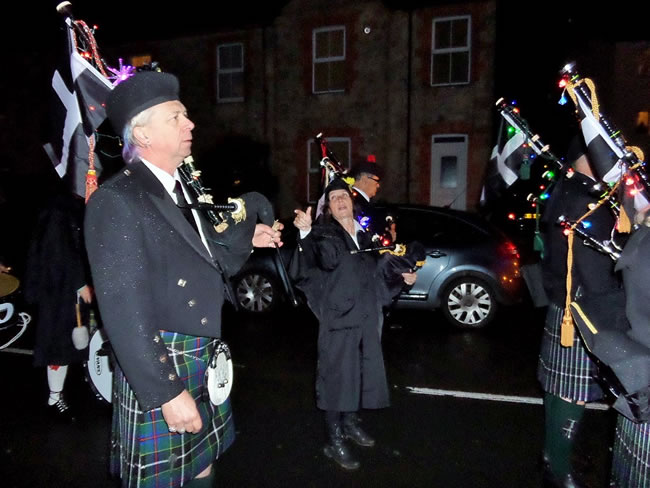 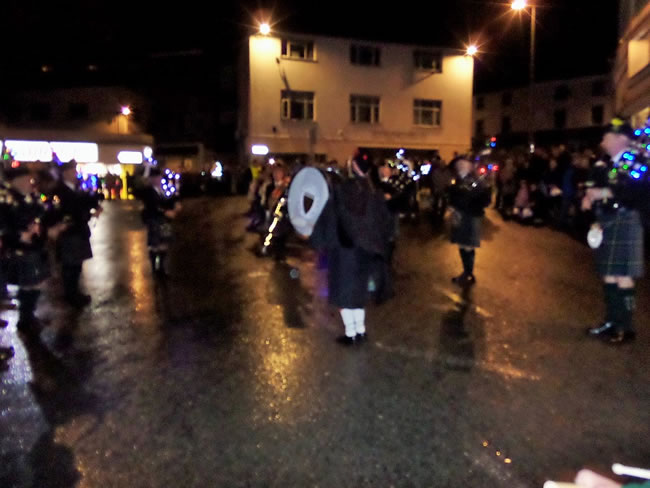 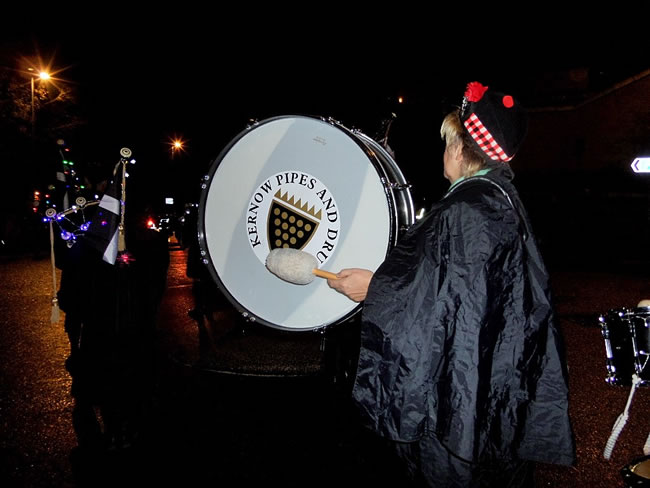 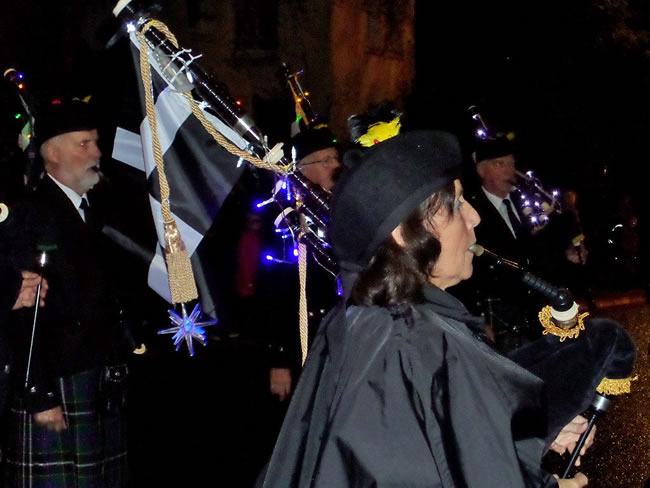 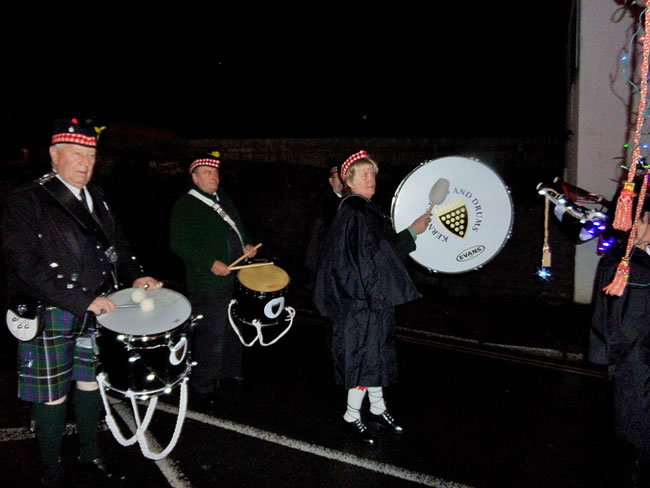 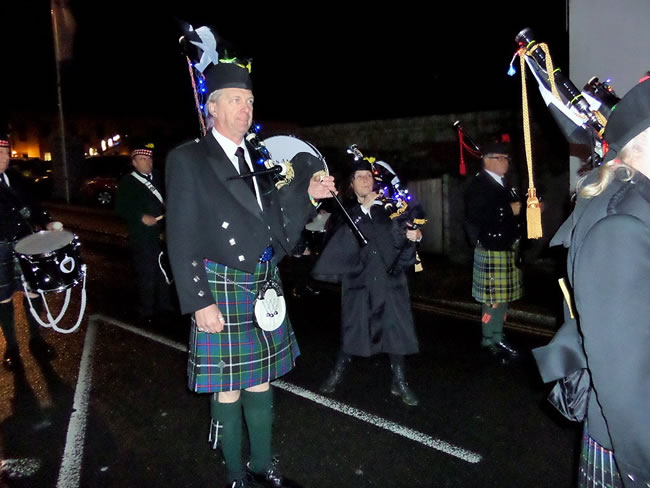 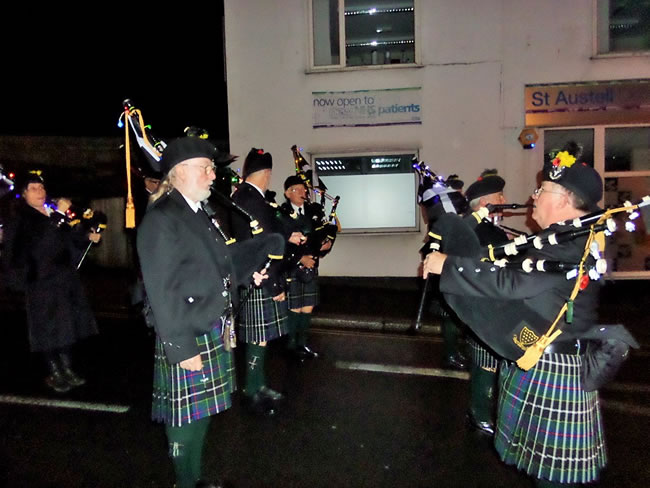 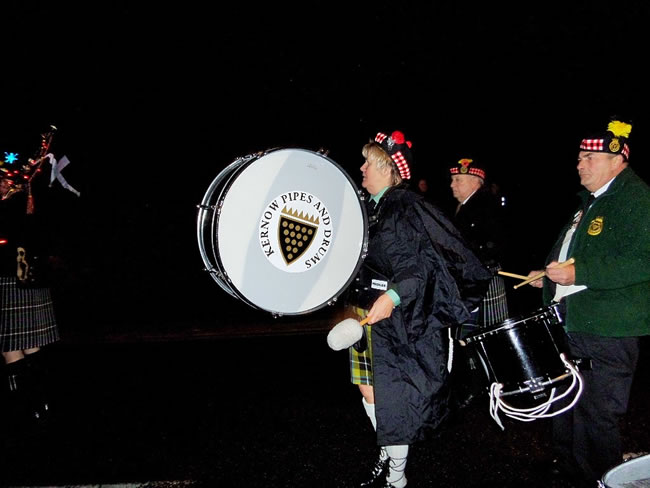 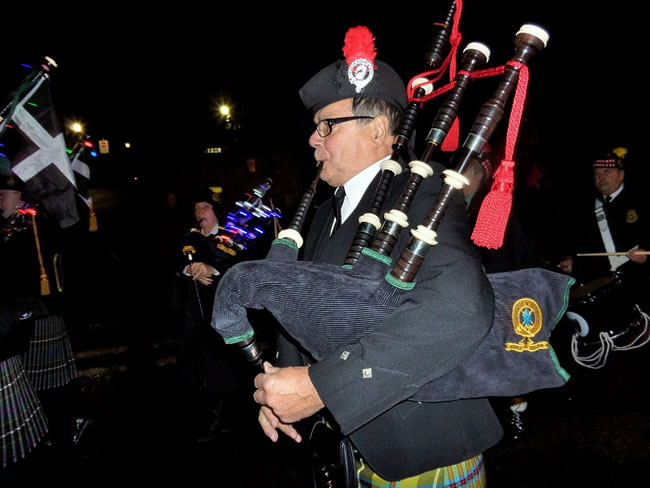 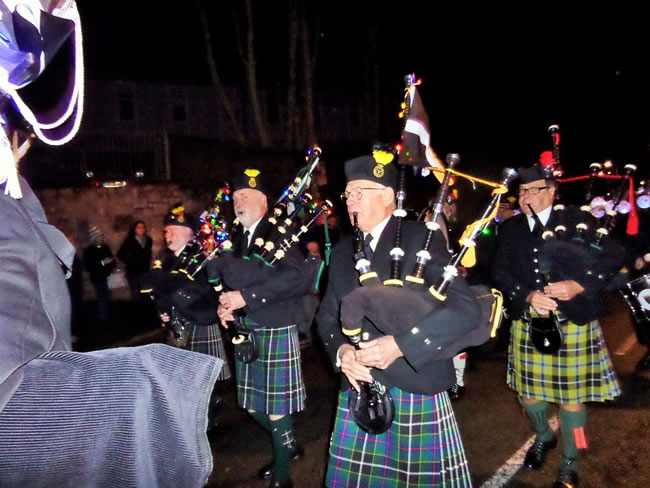 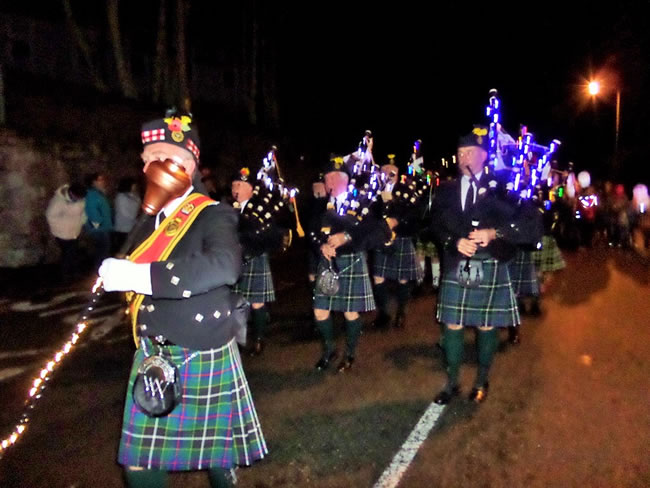 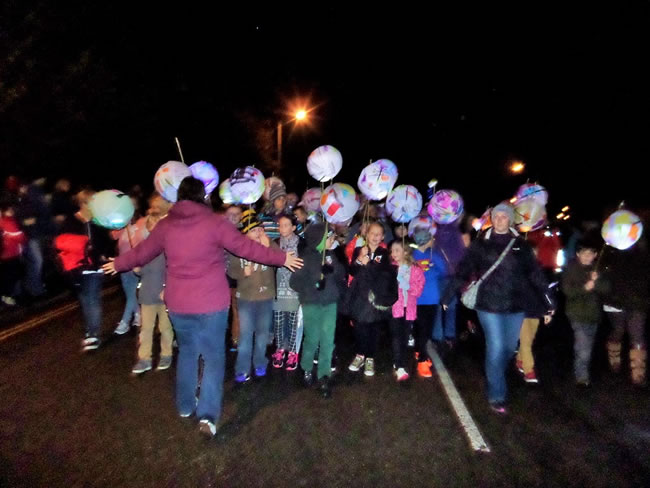 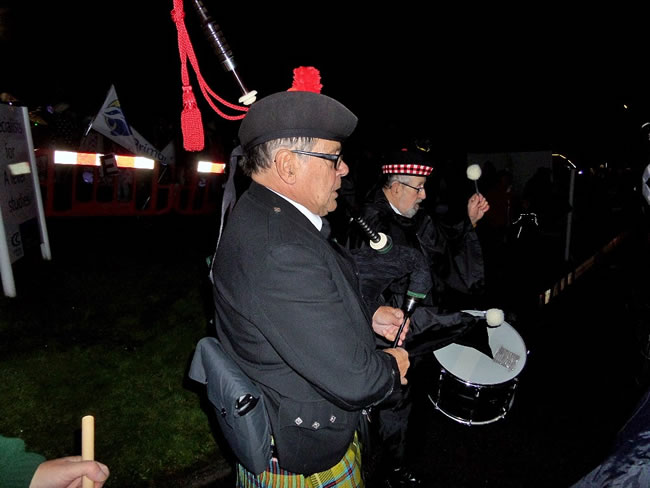 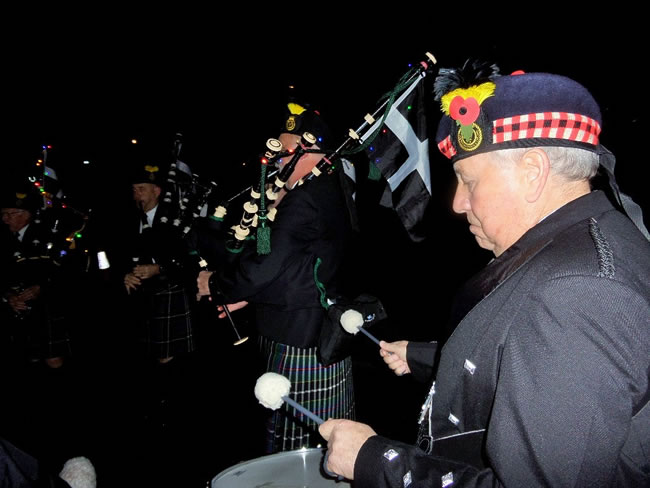 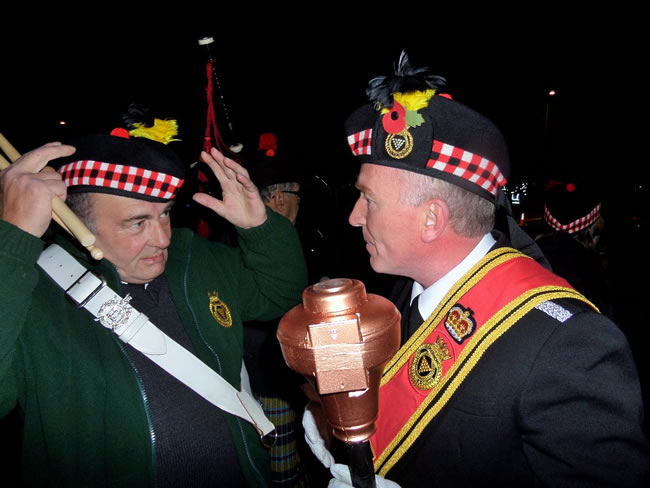 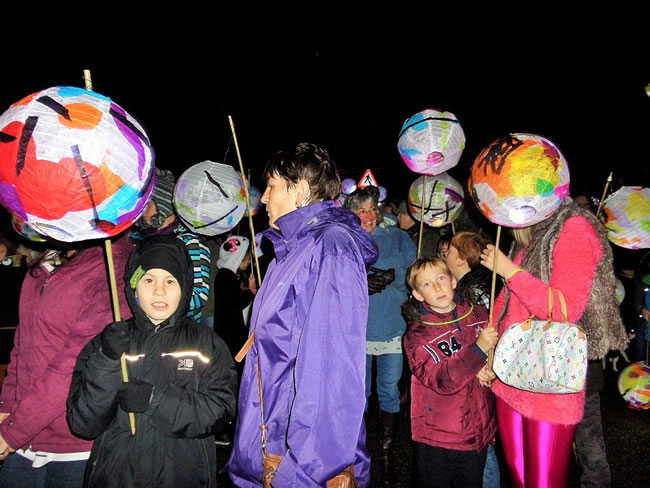 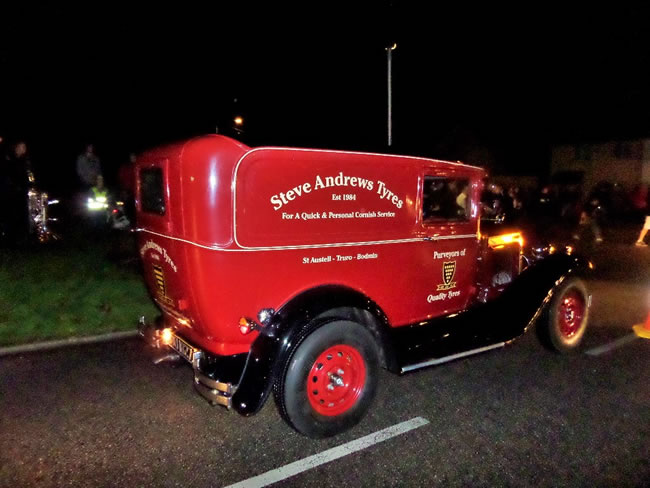 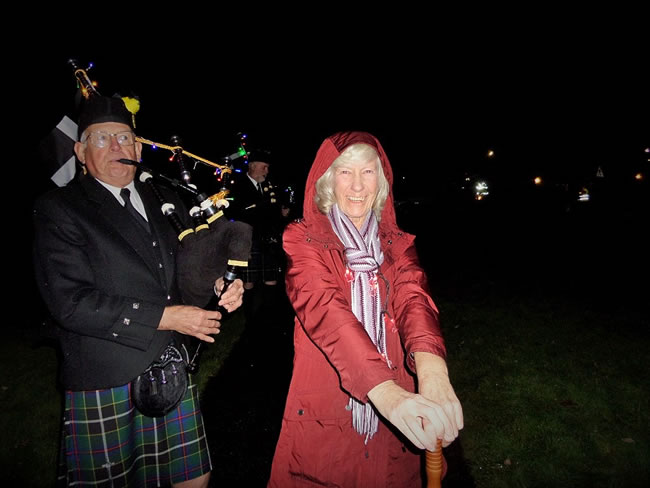 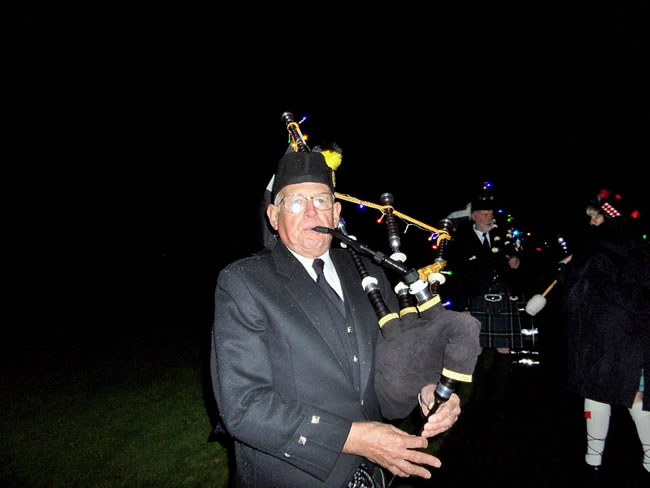 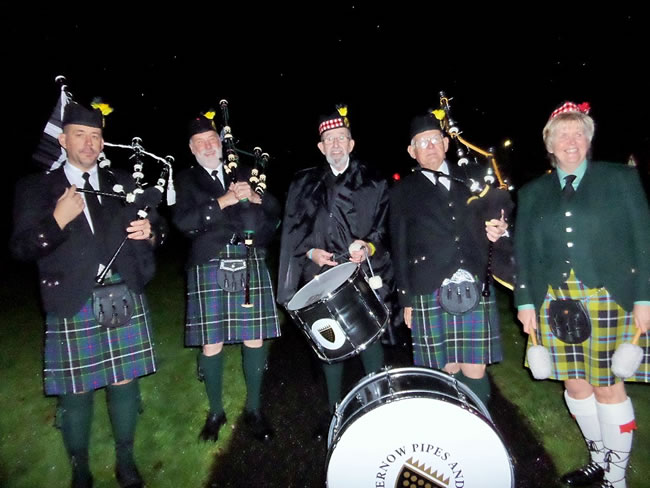 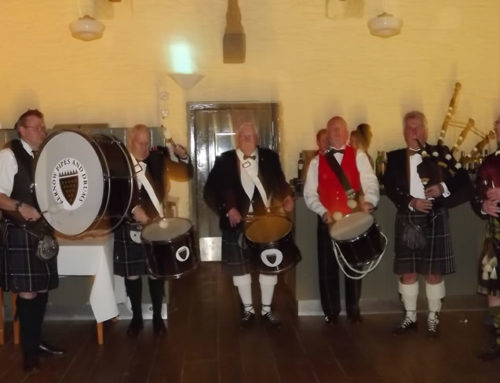 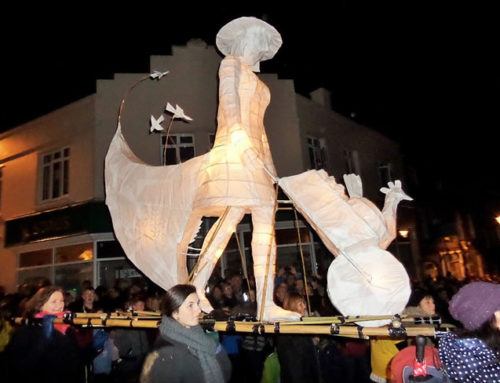 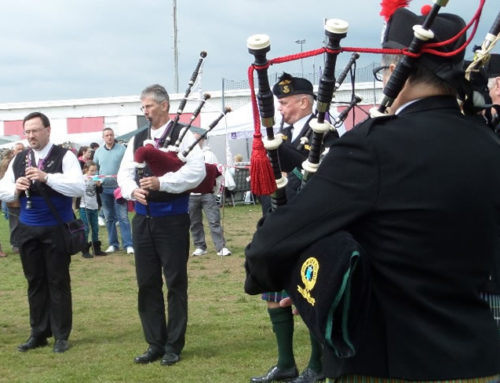 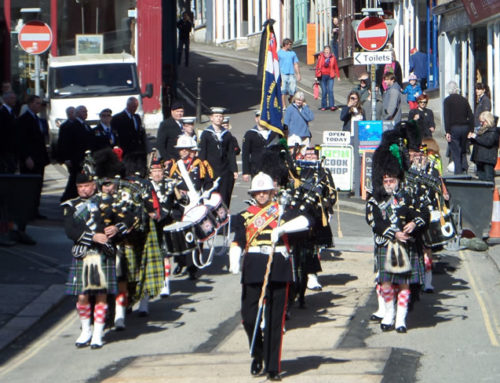 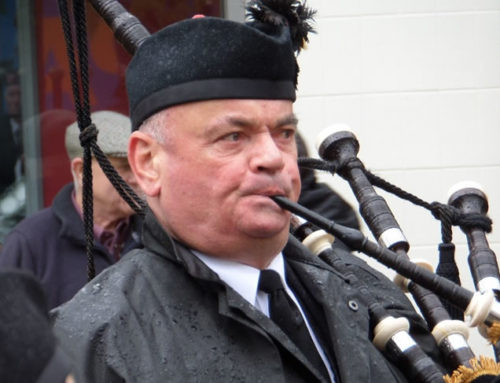