The Annual Dinner and Dance at Trelissick Gardens was off to a good start with welcome drinks of mulled wine and apple juice.  There was a good turnout of over 40 guests which included Members’ relations and friends. The hall was set with two long tables down either side of the room and brightly decorated with lights in the high raftered ceiling. By 19.00 hours most of the guests had arrived and were catching up with friends with New Year Greetings. By 19.30 the guests took their places for the superb three course dinner which was well up to its usual delicious standard. In between the courses the Chairman started the Quiz – previously band members had submitted details of an experience they had had and the guests were invited to guess to whom the details referred – which was interesting! During the Dinner a band Member played solo and the Dinner finished at 21.00.

The Wherries came on – an amazing musical duo who hailed from Scotland and brought merriment, humour and hilarity to their audience. There was much audience participation in sing-a-longs with their guitar playing of popular folk songs many of which had Irish and Scottish origins which included “The Wild Rover”,  “Danny Boy”, “I love a Lassie”, Song of the Clyde”, “Will Ye Go Lassie Go”, to name but a few. Around 22.00 hours the Chairman resumed the Quiz which brought out more surprising details of previous unknown events in Members’ lives.

There followed a beautiful rendition of a song by a very young member of the audience which was very much appreciated by everyone.

The Band formed a half circle in the front of the hall and played a medley of tunes to cheering and clapping. Dancers then took to the floor to dance to the tune of The Dashing White Sergeant and the Gay Gordons.

At 22.50 the Pipe Major gave a speech of appreciation regarding the Band’s performance during the year on their numerous engagements. He spoke about the magnificent team effort pulling together – their great achievement. Also mentioned was the forthcoming trip to Arnhem and the possibility of Shanghai in the future and finished with “Well done to the Band!” Thanks were offered to the Chairman for his hard work and time and effort put in as Chairman throughout the year. There was great applause.

It was 23.00 and the Wherries came on with “I belong to Glasgow”, “Northern Lights of Old Aberdeen” and “On the Bonnie Bonnie Banks of Loch Lomond”. To the tune of “Flower of Scotland” and to hands held aloft, a long train of tissue paper was passed round up and down the hall – connecting the whole of the audience. The Wherries thanked the audience and played “Will you no come back again” and by 23.30 Auld Lang Syne was being played and everyone linked arms but the Wherries weren’t finished and played “He’s got the whole world in his hands”.

It had been an emotive and vibrant evening spent in good company with a top class catering service and wonderful entertainment! What more can be said but well done to the Organisers! 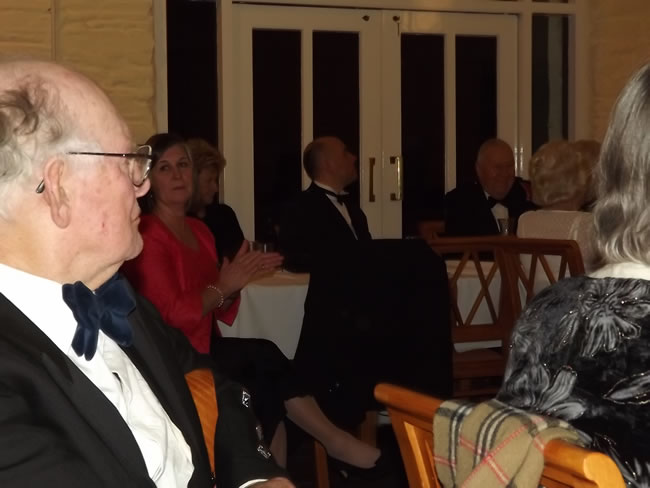 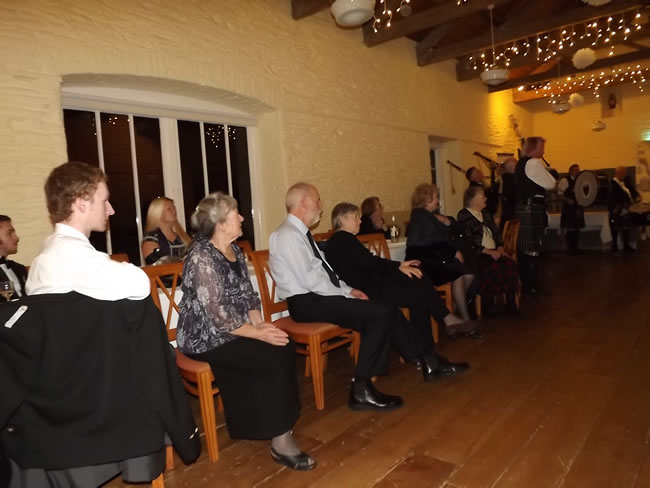 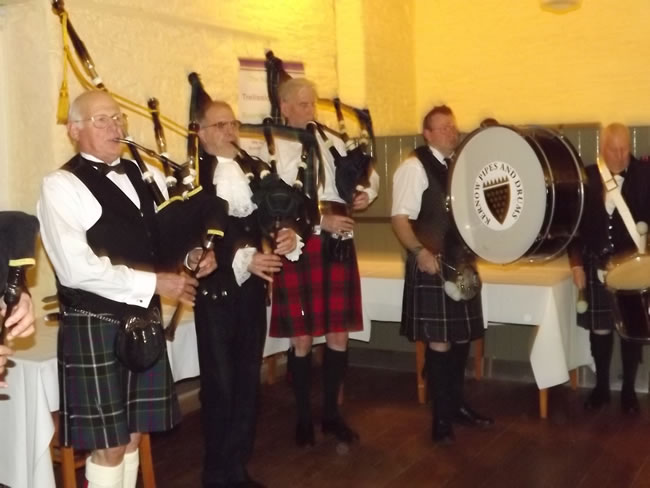 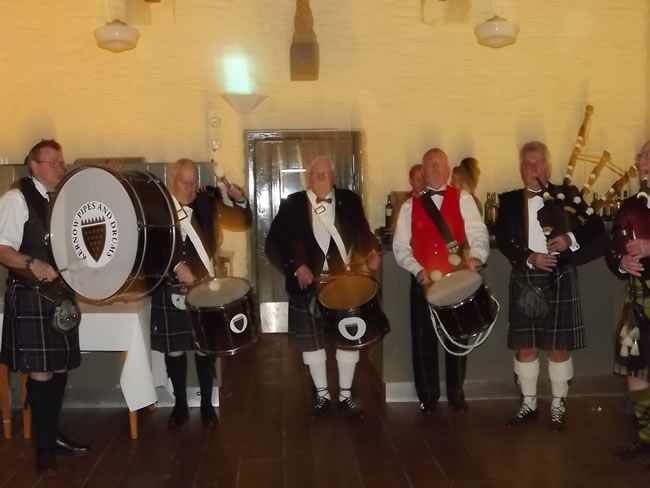 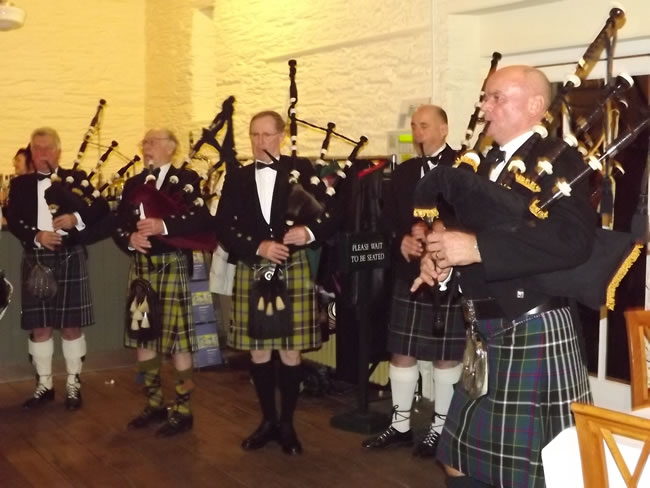 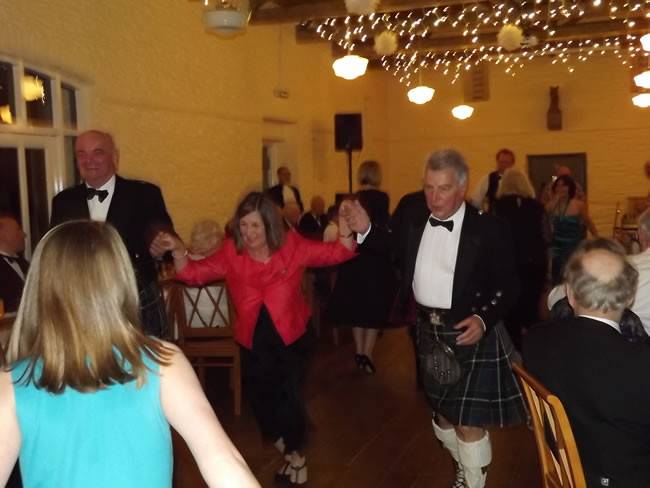 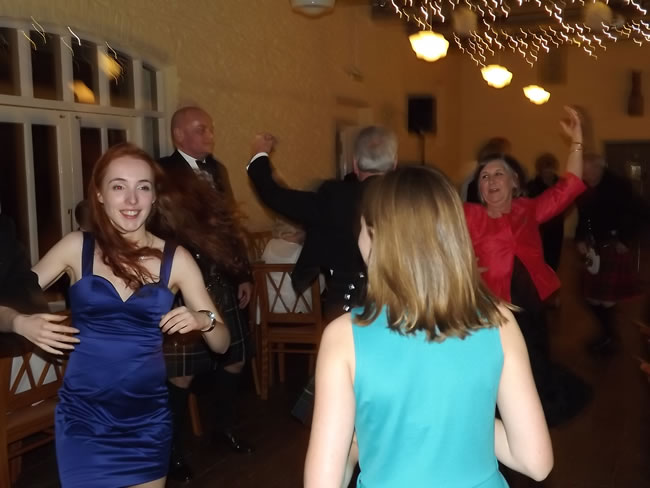 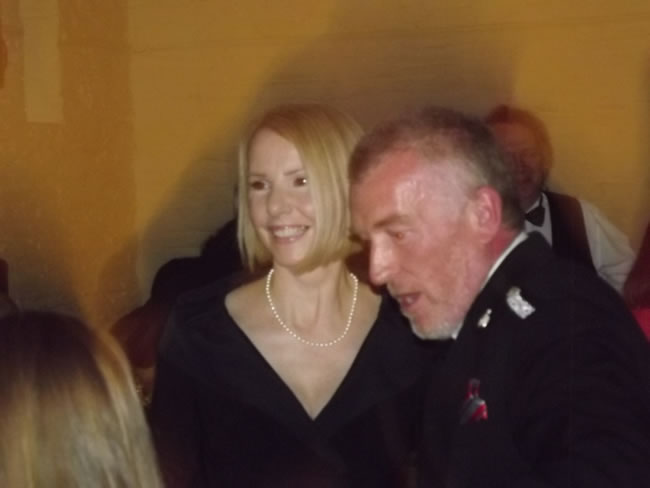 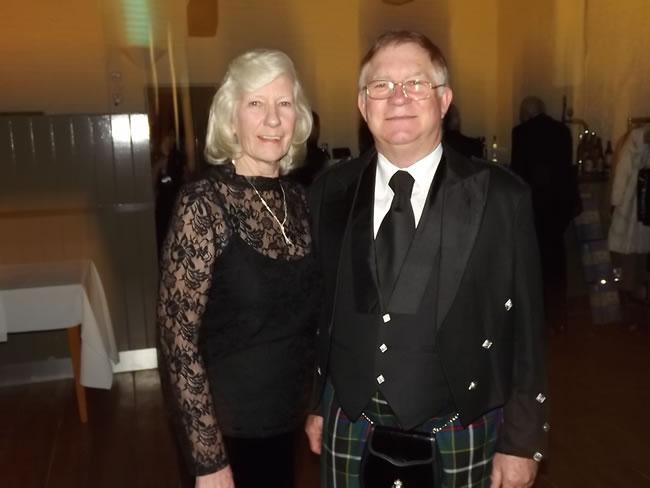 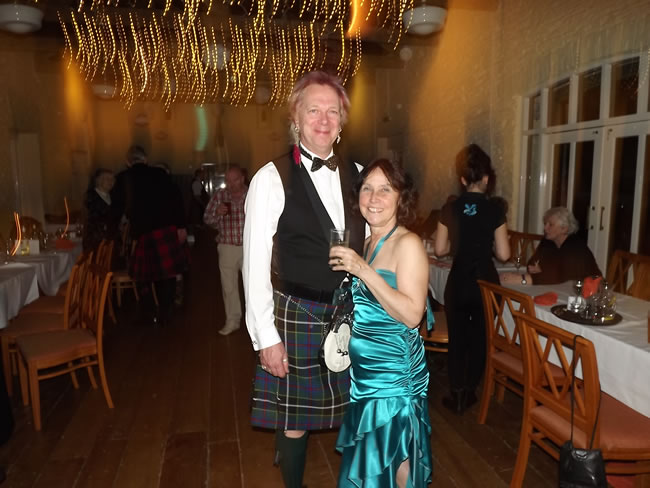 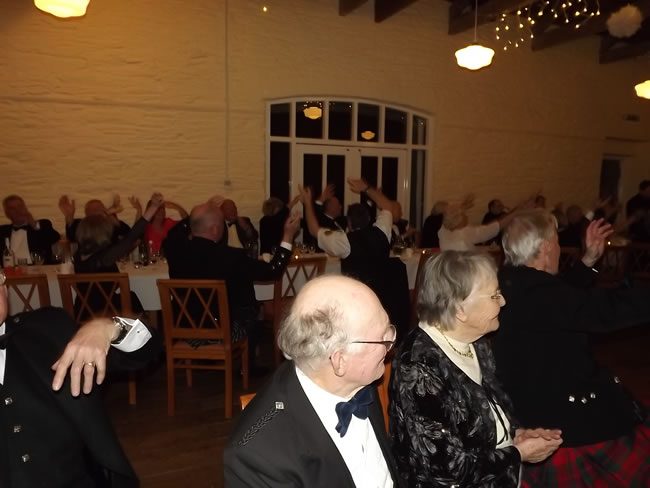 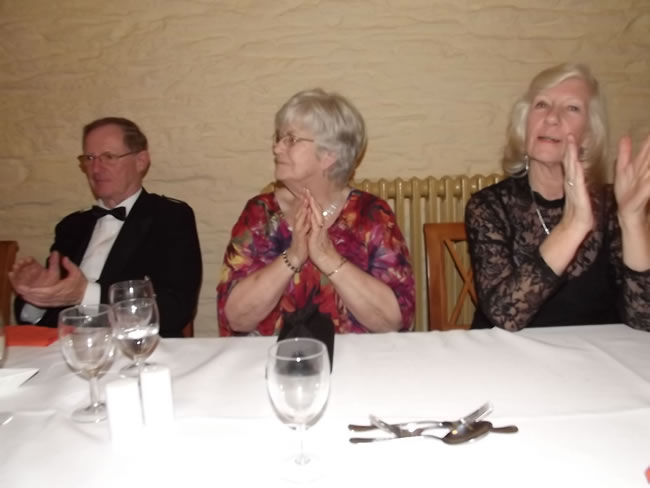