After a short spell of rain there was sunshine as the Band Members met up in the Harbour Master’s car park, with permission. The Remembrance Parade was not starting until after 14.00 hours so there was time for a leisurely lunch. The Dress Code was still No 1s with bonnets and most of the uniform had dried a little after the morning’s downpour in Falmouth. The turnout of members was very good – 12 Pipers, 6 Drummers and Drum Major – as four more Pipers had come for the afternoon Parade.

14.15 hours and the Kernow Band had joined the assembled Parade at the Cenotaph as the City of Truro Band played, whilst awaiting the arrival of the Mayoral Party and Dignitaries. The large Square was very crowded with members of the public watching on the pavements. Then the rain came, torrential at times and nobody escaped a thorough drenching but the majority of the public were prepared  – swiftly putting on macs and opening umbrellas. Only the Parade was unprepared, Dignitaries and the children, Forces Personnel, and Youth Organisations – cadets in thin shirts – and not a mac to be seen among them!

There was a short Service in the square which included the wreath laying as the Remembrance Service was to follow later inside the Cathedral. The Exhortation was said, the Bugler played the Last Post, there was two minutes’ silence, Reveille, and the order was given for the Standards to Stand at Ease and Stand Easy. The  first wreath was laid by the Lord Lieutenant of Cornwall, followed by the Mayor of Truro, Chairman of the Council, Salvation Army, War Widows, Royal Navy, Army, Royal Air Force Representatives, Chamber of Commerce, Visiting Mayors, Para Regt, to name but a very few. During the extensive wreath laying the Truro Band played and the sun shone intermittently between the bursts of heavy rain. When it was asked if any of the public were mindful to lay a wreath there was a purple wreath laid down for the animals that had died in the wars, past and present – the wreath layer was accompanied by a dog wearing a purple coat.

After the brief Service during which prayers were said for the safety of the Armed Forces, the National Anthem was sung by everyone and the whole parade was brought to attention and reformed to march off to circle round the back roads and enter the parade ground again to pass the Podium where the Lord Lieutenant of Cornwall took the Salute with the Mayor and Dignitaries.

There was appreciative clapping and cheering as the Kernow Band, Standard Bearers and all the various Services marched by on their way to attend the Memorial Service in the Cathedral. On arrival there the Kernow Band played Scotland the Brave, Amazing Grace, Highland Cathedral and Trelawney while the rest of the parade entered the Cathedral.

It was 15.15 hours and the Band was dismissed and retired to the Kernow Club for a break to await the finish of the Cathedral Service when they would return and escort the Standard Bearers back to the Club which they did after 45 minutes. The Band then marched into the Club playing Scotland the Brave and went on to play The High Road to Gairloch, Murdo’s Wedding, and The Bonnie Lass O’Fyfe (new Set introduced from Arnhem) before retiring upstairs to partake of a splendid buffet kindly provided by the Organisers, which was very much appreciated by everyone. And it was still raining. Tunes played during the afternoon also included the following – Green Hills/Battles O’er, Pack up your troubles/It’s  a long way to Tipperary/Keep the home fires burning, Cockney Jocks/Rainbow Country/Bluebells of Scotland. 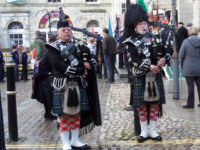 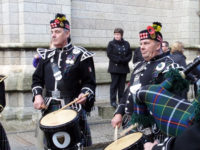 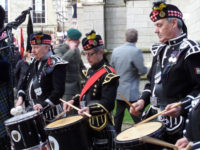 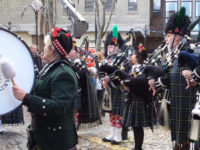 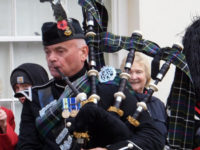 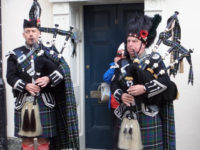 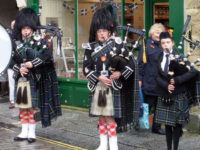 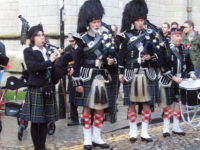 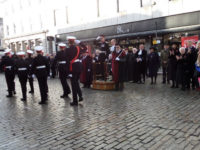 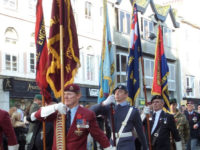 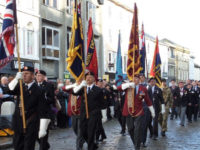 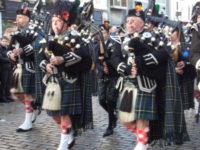 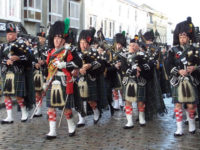 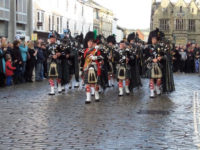 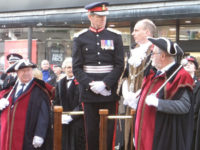 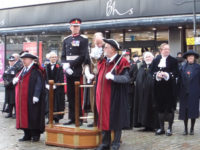 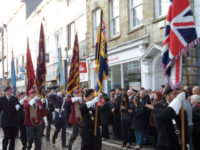 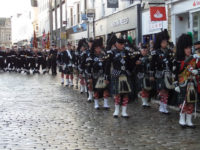 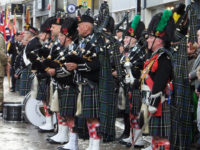 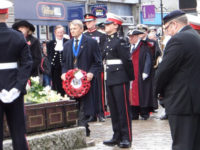 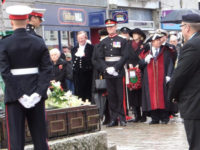 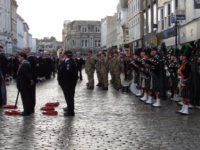 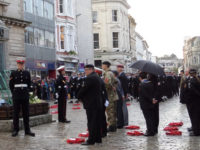 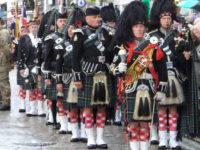 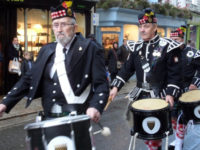 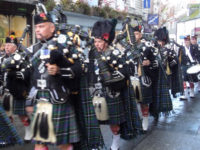 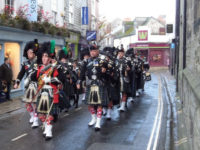 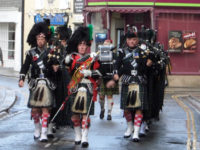 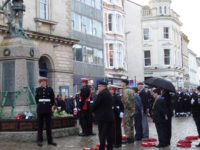 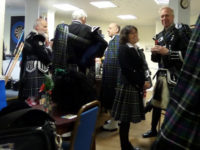