Saturday was a blustery day with a forecast of heavy rain at times and the dress code for the Band Members was Day Dress with Ribbons and Capes. It was an extremely good turnout for the occasion of 10 Pipers, 6 Drummers and Drum Major. The Band had assembled at the Kernow Club by 12.30 for a tune-up and by 13.10 hours were playing in a circle in front of Truro Cathedral where a large crowd of onlookers had gathered. The Band played for 20 minutes whilst the Poppy Appeal Launch table was being set up in the cold gusty wind. A few minutes before the end of their performance the rains came, almost clearing the square of onlookers as they sought temporary shelter in the Cathedral and shops.

Around 13.30 hours the rain had stopped and the Chairman of the Royal British Legion welcomed everyone to the Poppy Launch, mentioning the magnificent job the Kernow Band were doing and one of the subjects he talked about was life during World War 11, how people existed on small amounts of food allowed with ration books and he mentioned how everyone had Identity Cards. The Chairman went on to say how the RBL was helping those serving in wars today and those who had served in the past conflicts who needed help. Last year’s Appeal raised £39,000 and in this year’s Appeal it was hoped to reach £45,000. He then asked the Mayor of Truro to read a poem about the Poppy itself, ……”a way of saying Thank you  to every one of you” The poem was uplifting and imaginative with a good hint of humour.

The Standard Bearers were brought to attention and the Standards were raised. The Dean of Truro Cathedral invited the public to join in with prayer responses and the Lord’s Prayer. The Mayor of Truro planted the first Poppy Cross followed by the Chairman and members of the Royal British Legion and members of the public were then invited to do the same. This container of crosses would be placed in the Cathedral for a week before being taken to the Garden of Remembrance.

The Exhortation followed and Last Post and Reveille. The Standard Bearers received the order to fall out and the Kernow Band reformed in a circle and played to the enthusiastic appreciation of the public in the now busy square. The Band was dismissed, the Pipe Major thanked the Members and the three new members who had travelled from Plymouth.

The Members then enjoyed pasties and drinks kindly provided by the Royal British Legion before heading back to the warmth of their cars and home. It had been a good start to the Truro Poppy Appeal and the Band’s contribution was greatly appreciated for drawing the public into the Cathedral Square with their outstanding performance on such a cold and windy day. 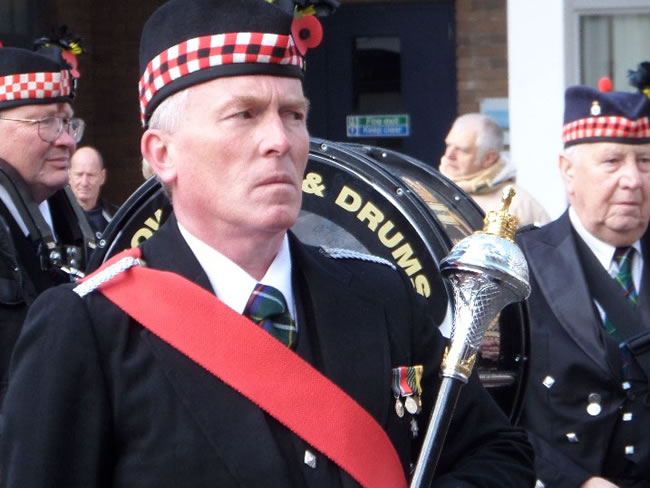 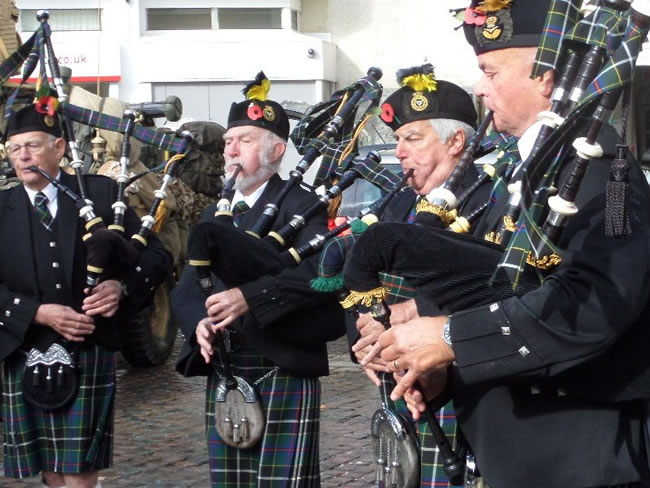 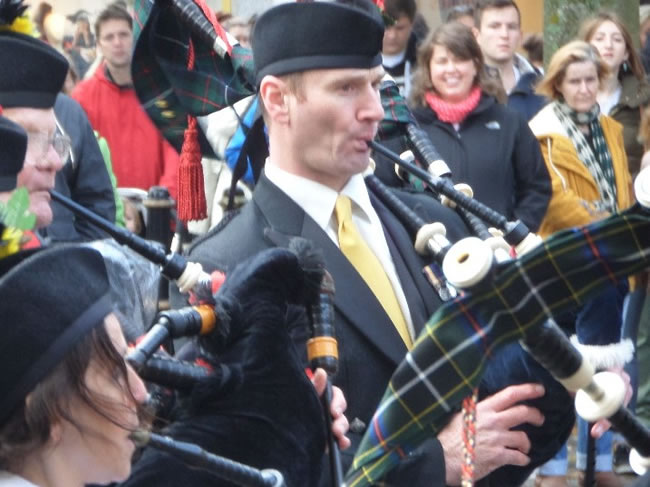 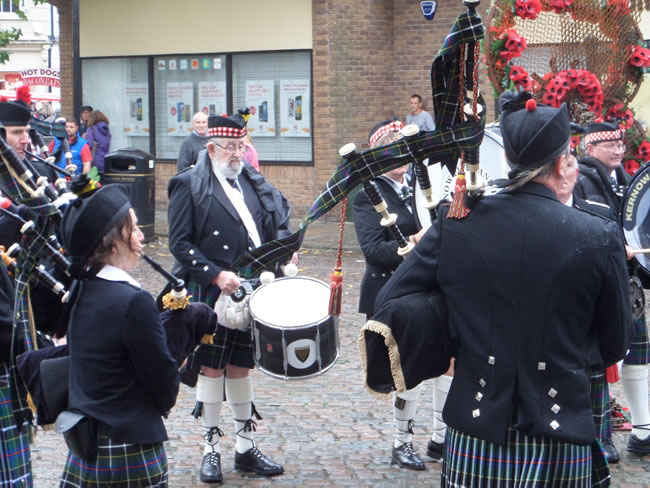 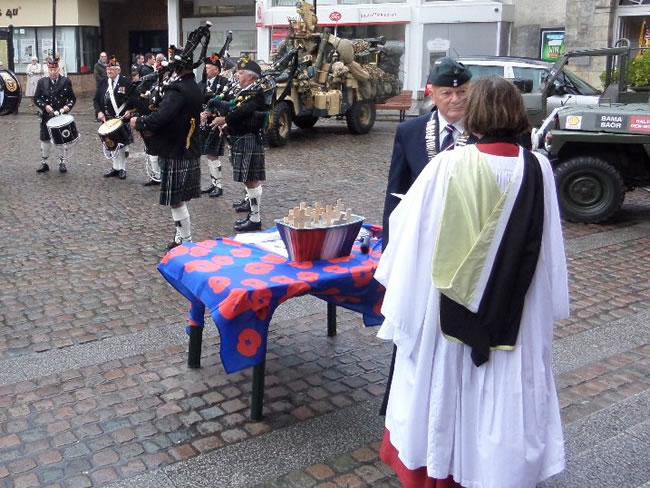 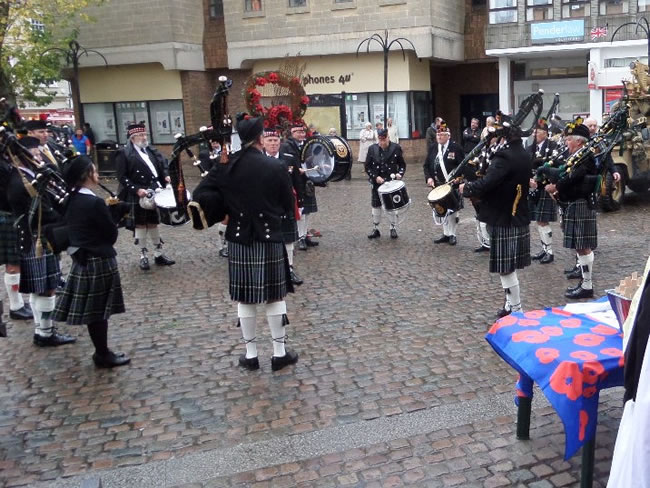 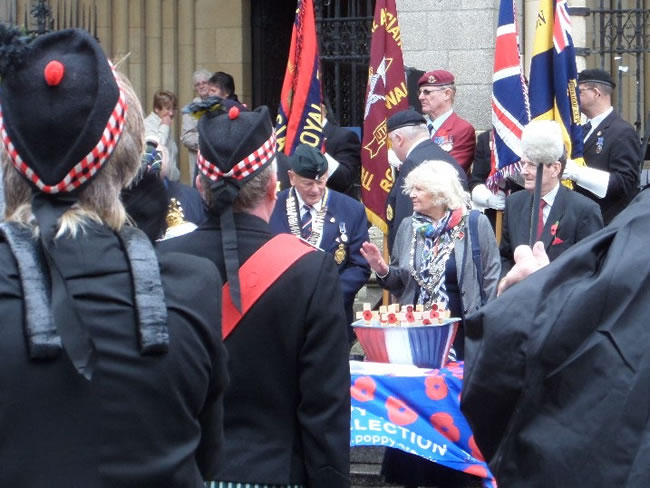 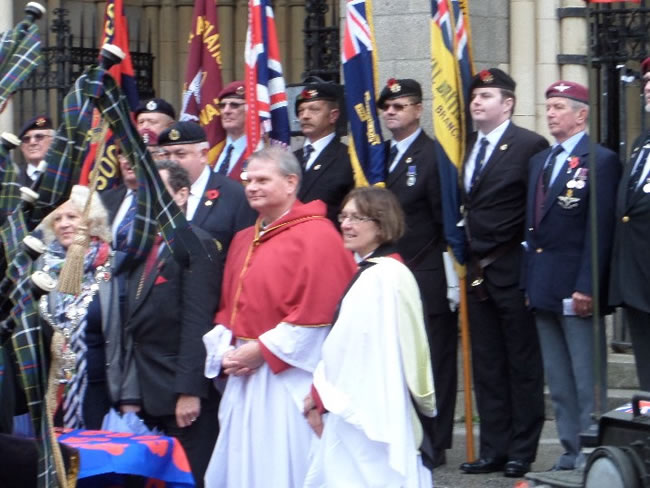 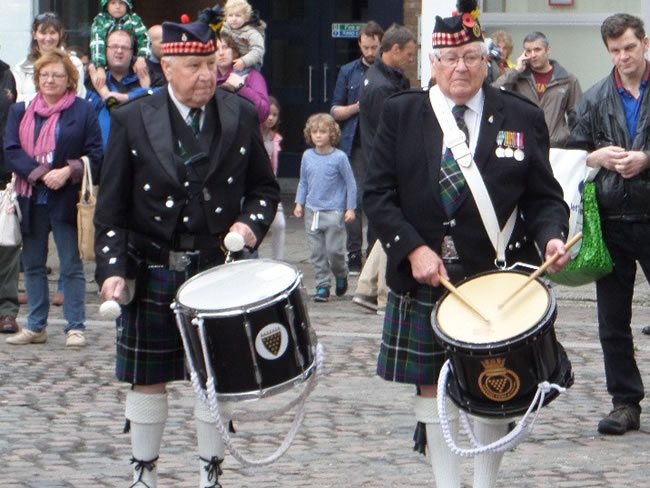 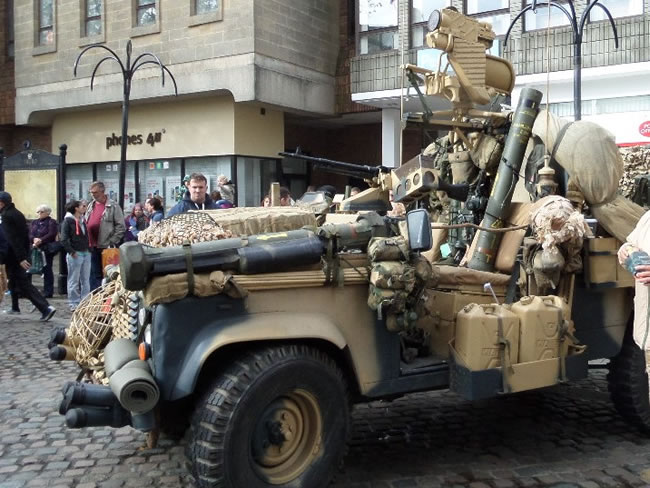 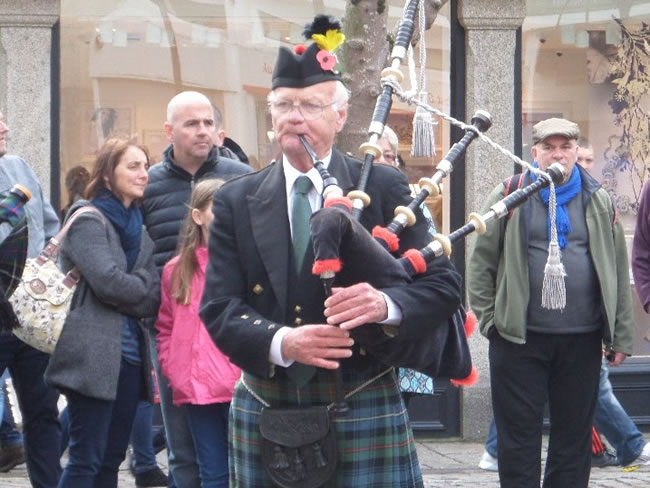 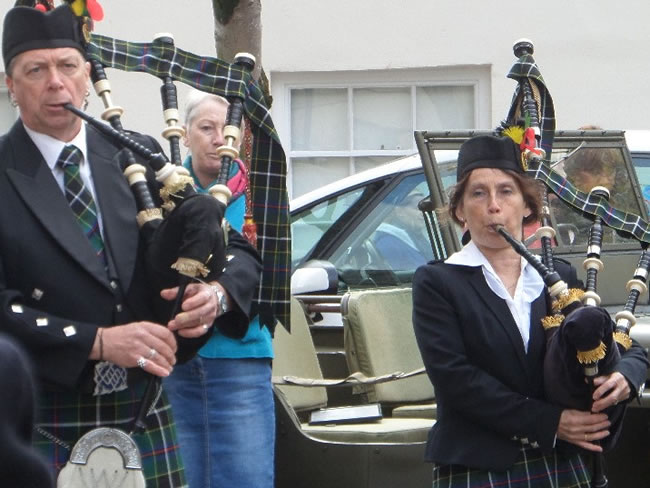 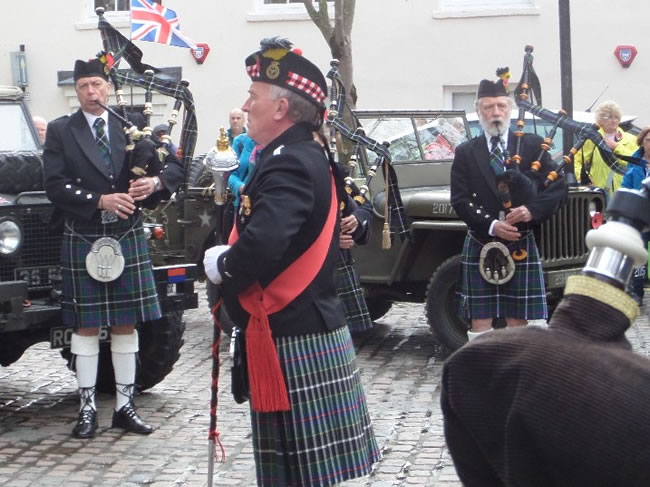 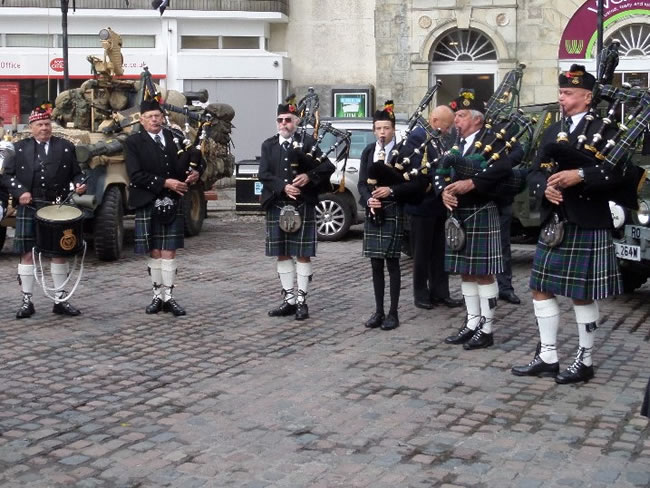 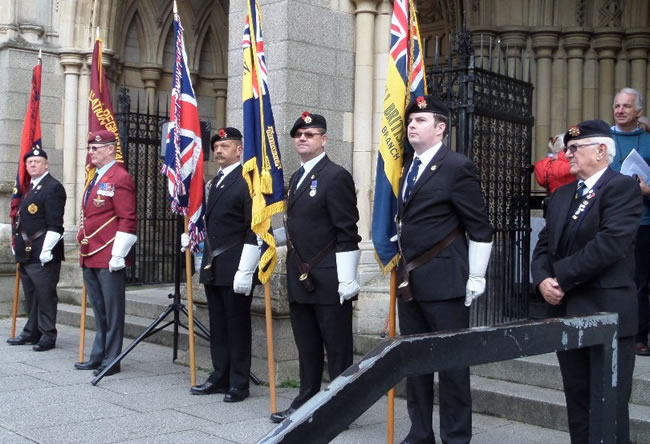 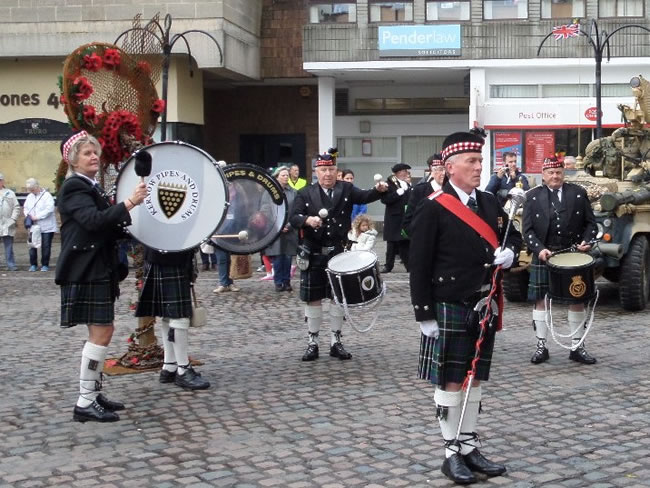 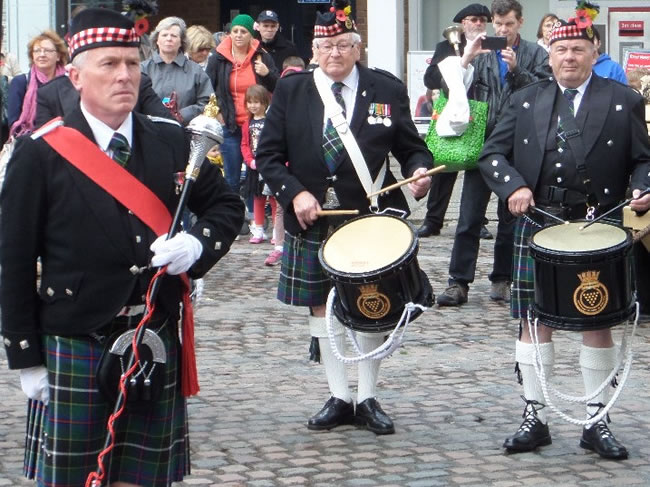 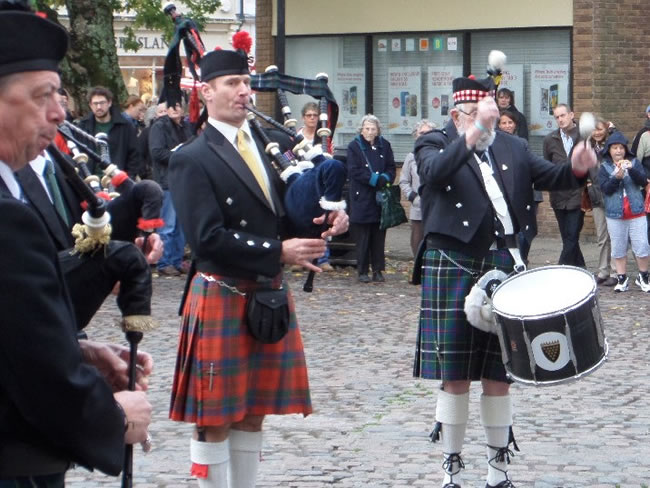 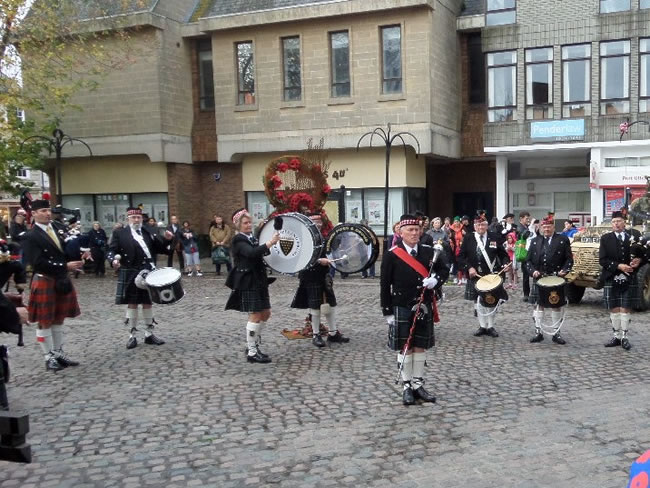 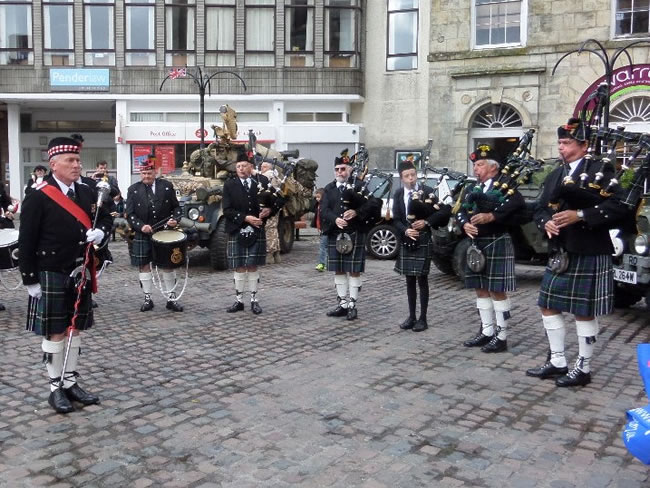 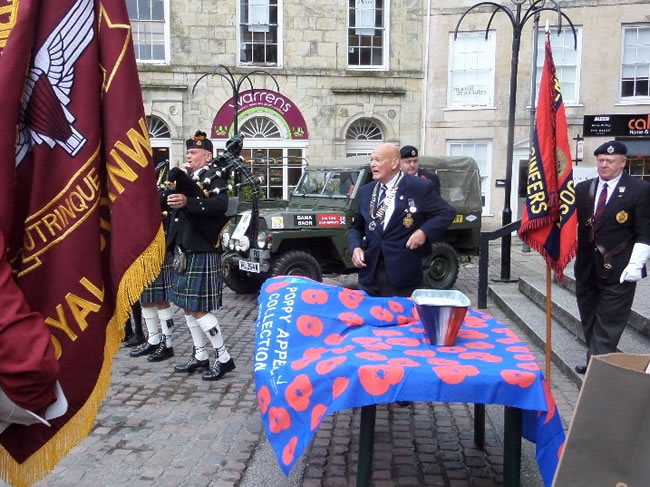 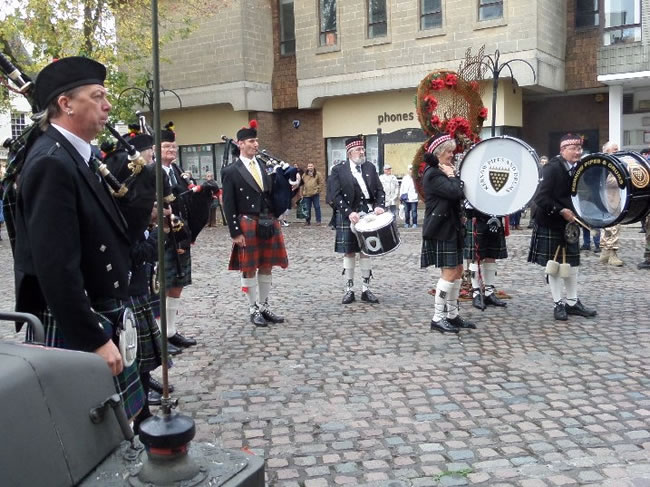 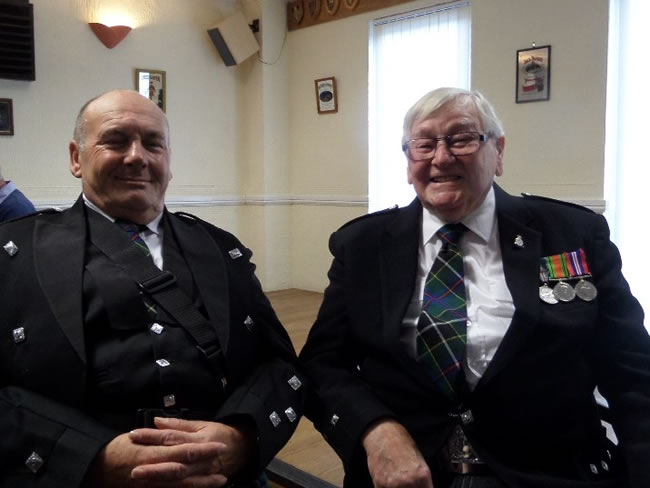