The weather was dry and cool for the Poppy Launch in Truro and the 8 Pipers and 5 Drummers met in the British Legion Kernow Club at 09.30 hours for a tune-up. Dress code was No 1s with bonnets and rain was not expected. Half an hour later the Members were formed in a circle outside the Cathedral square which was already filling up with  onlookers, and the Band played for 30 minutes.

At 10.30 the Chairman of Truro RBL thanked the public for attending, spoke briefly about the RBL history, of how in 1921 the RBL was formed, how it was 9 pence subscription for half a year, and how all the money goes to help people who need assistance. He mentioned the overall target for this year was forty million and the Cornwall total of forty thousand was hoped to be reached. The Chairman went on to give a short introduction to events.  After the Mayor of Truro read the emotive poem “In Flanders Fields” the Canon said a prayer and blessed the Poppies.

The three Standard Bearers were brought to attention and the Mayor of Truro planted the first Poppy Cross followed by the Chairman and other representatives of the Forces, and RBL. Members of the public were then invited to do the same. This container of crosses would be placed in the Cathedral for a week before being taken to the Garden of Remembrance next week. The Public were invited to attend.

The Exhortation followed and Last Post and Reveille. After the Canon said prayers a £5,000 cheque was handed in to the Organisers of the Poppy Appeal on behalf of the RBL Truro Branch. A member of the public also handed in a donation towards the ongoing renovation to the Cathedral. The Standard Bearers received the order to fall out, and the Kernow Pipes and Drums then reformed in a circle and played to the appreciation of the public.

The members then retired to the Kernow Club to partake of welcome refreshments kindly provided by the Truro branch of the Royal British Legion. It had been a very positive start to the Poppy Appeal as it was appreciated that the Kernow Pipes and Drums had drawn the public into the Cathedral Square with their splendid performance. 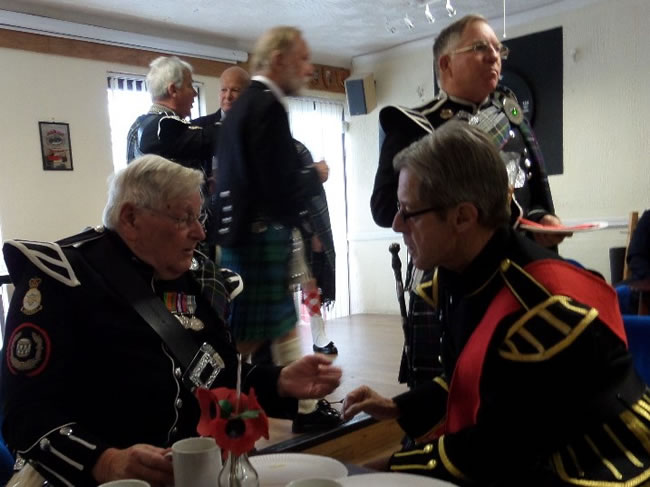 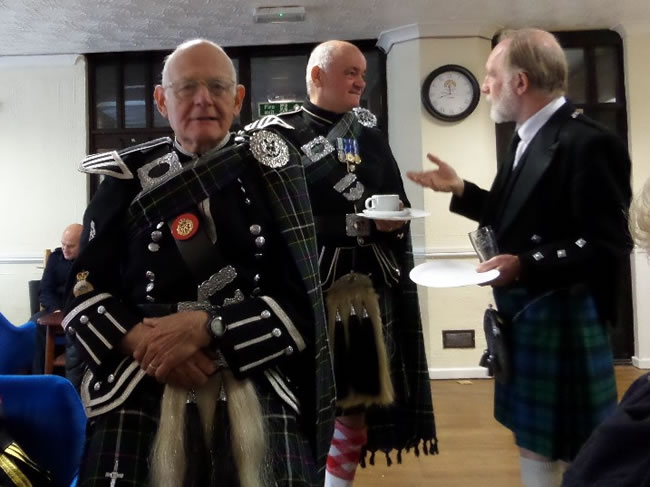 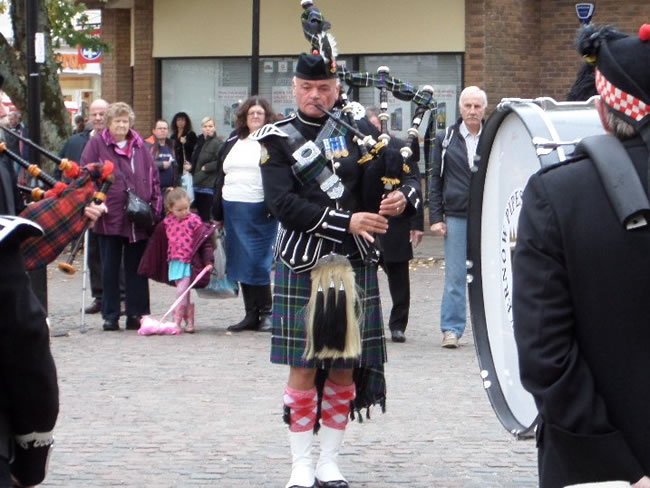 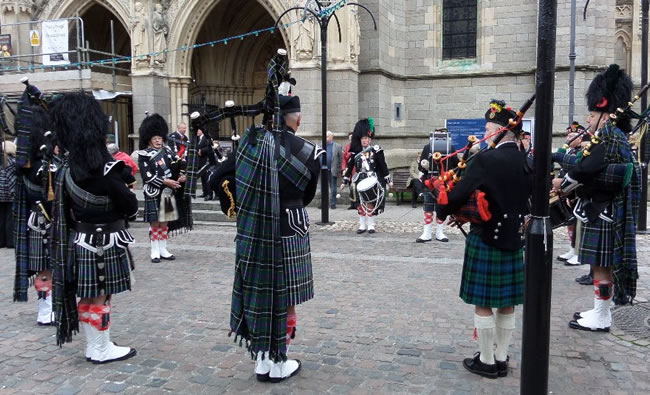 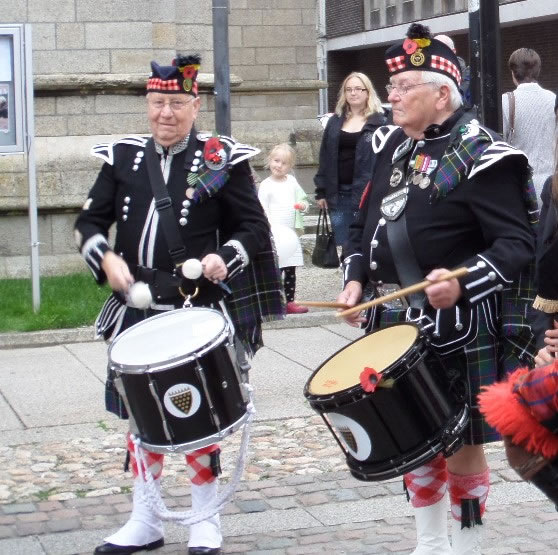 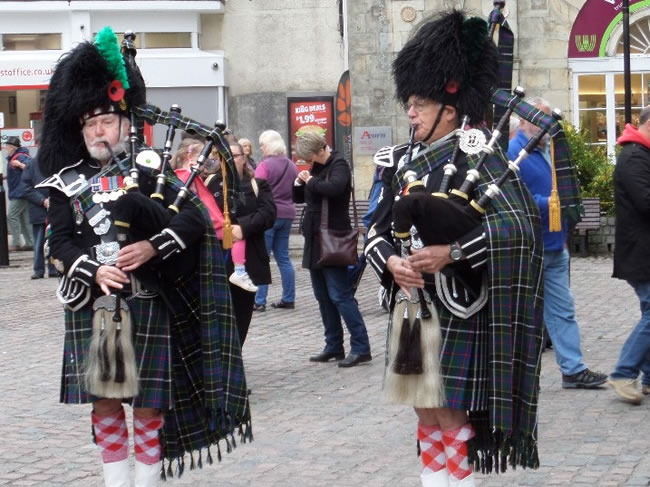 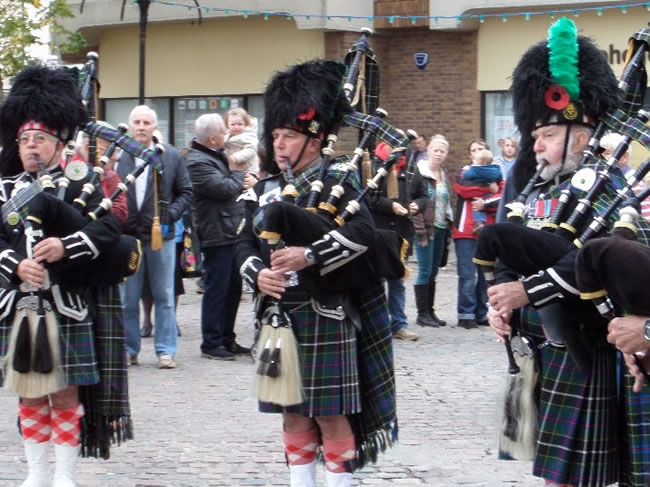 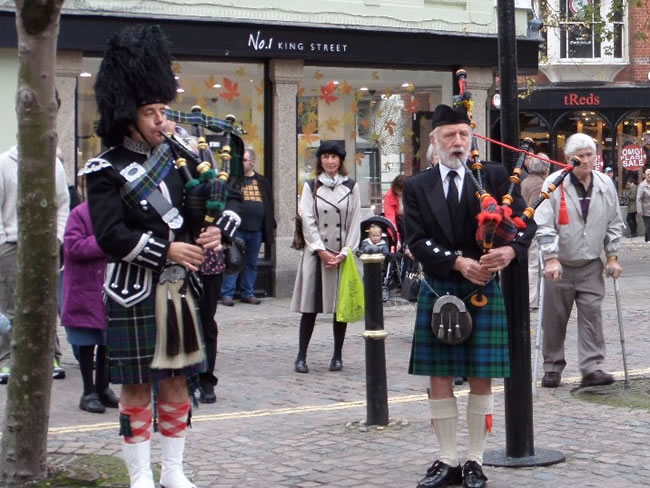 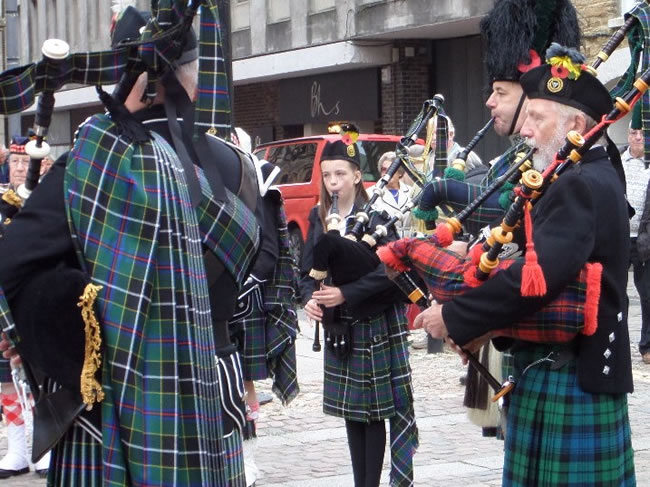 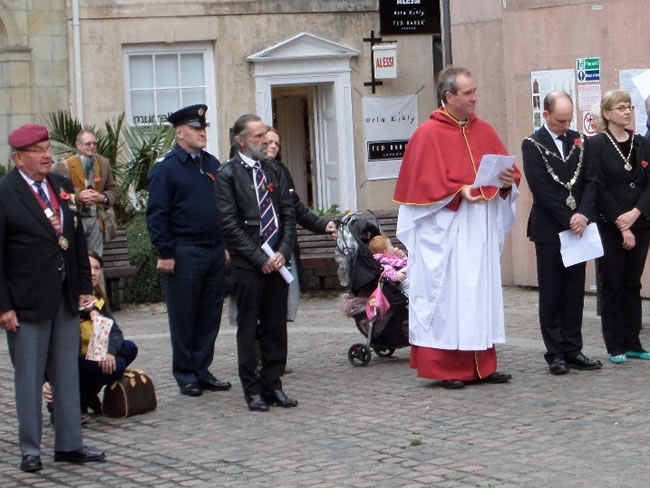 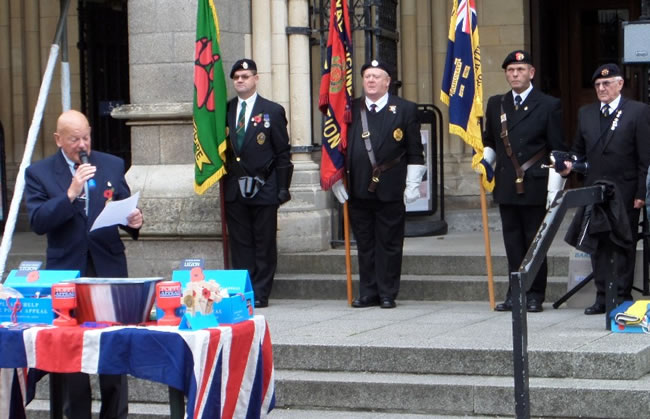 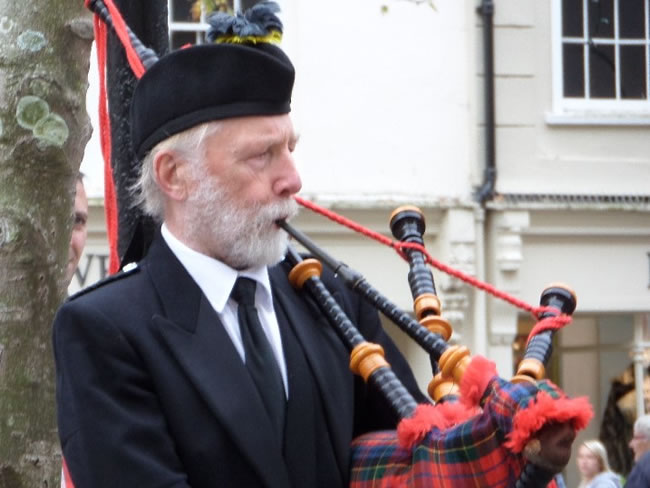 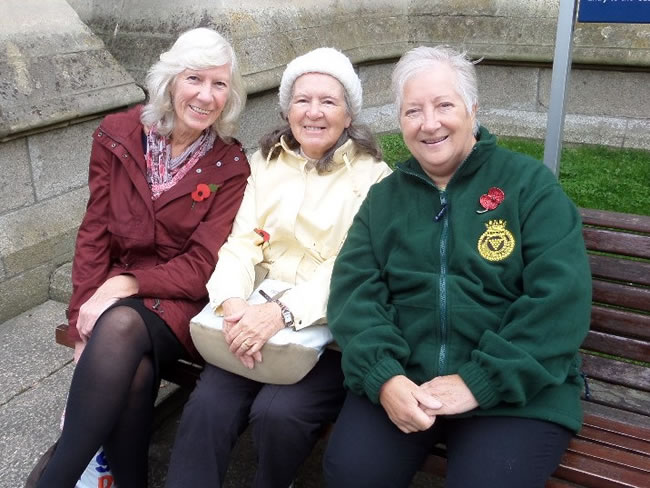 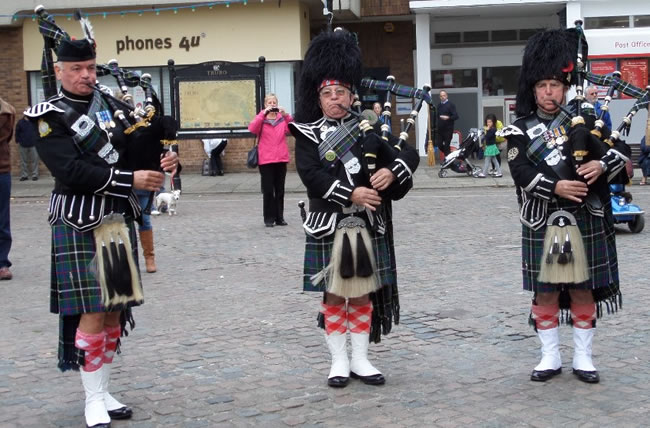 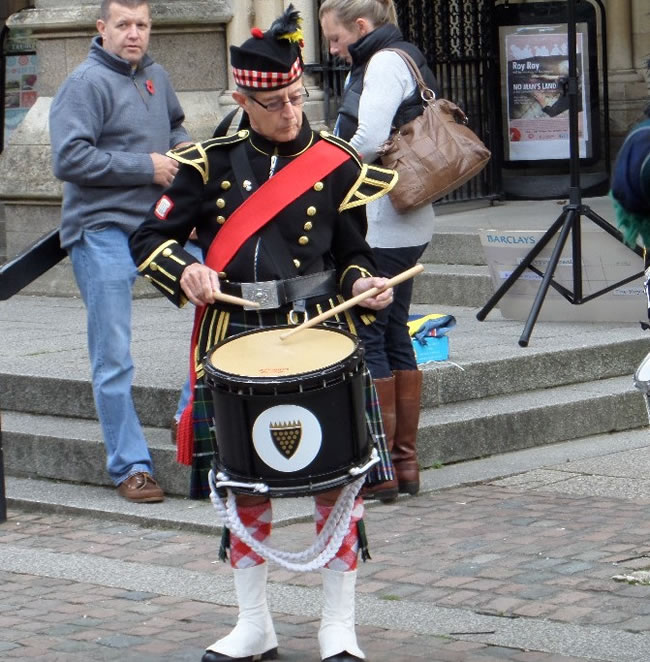 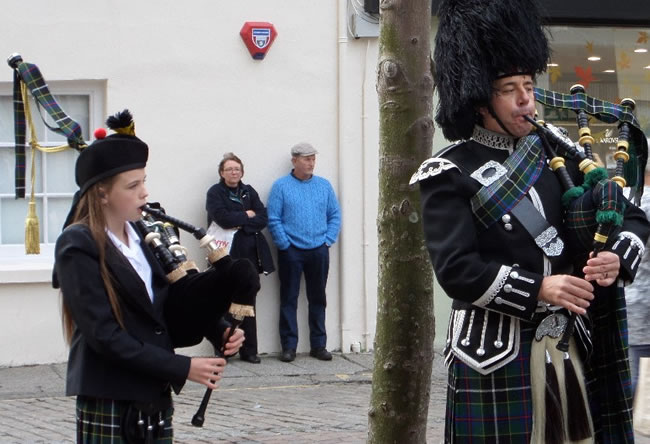 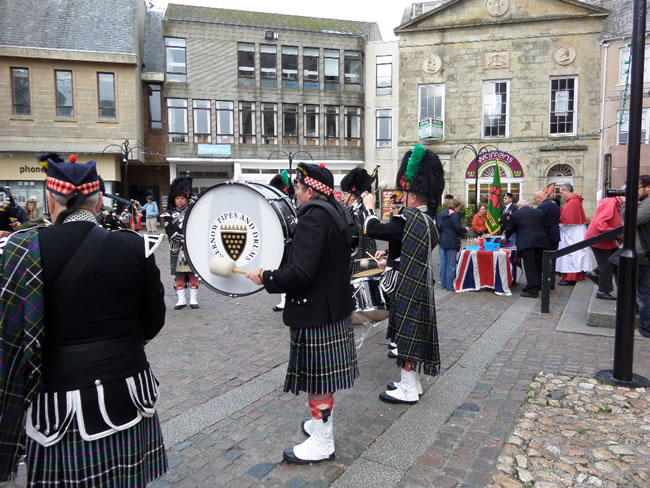 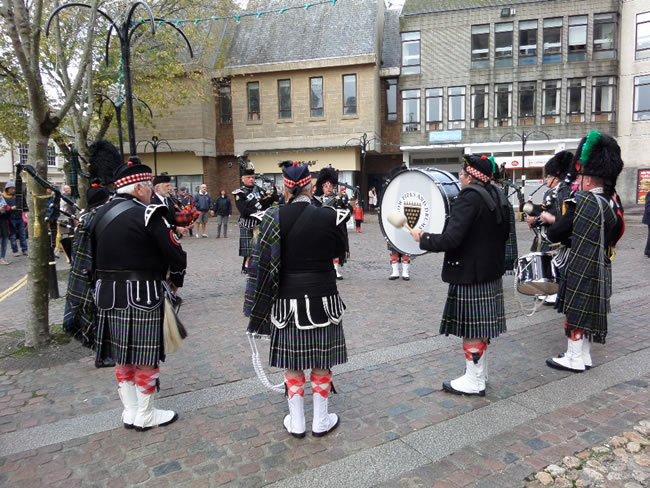 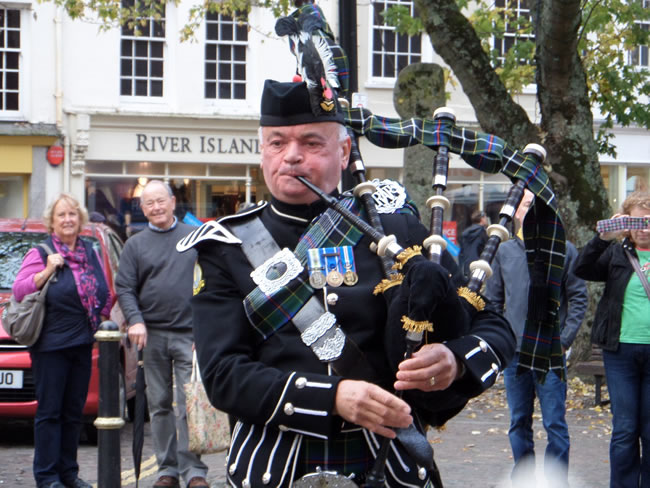 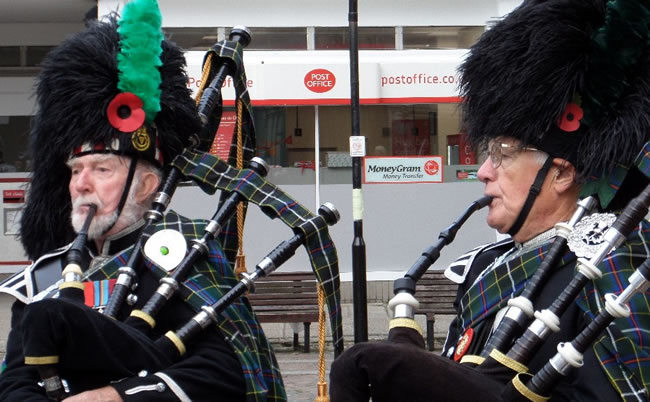 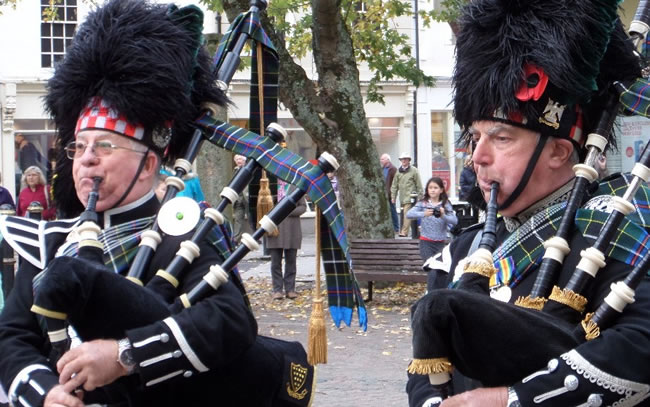 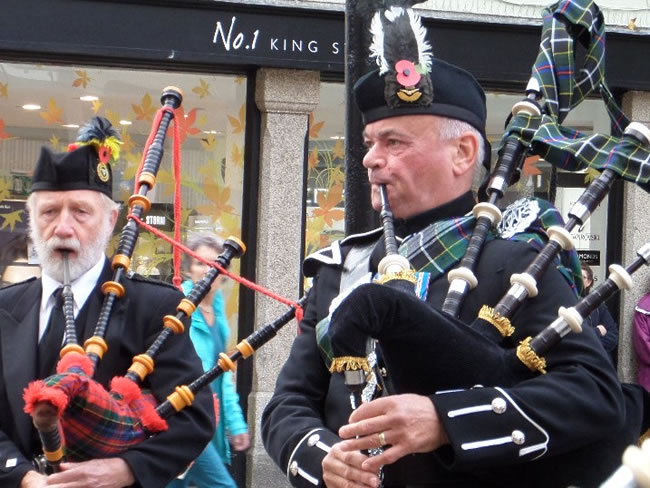 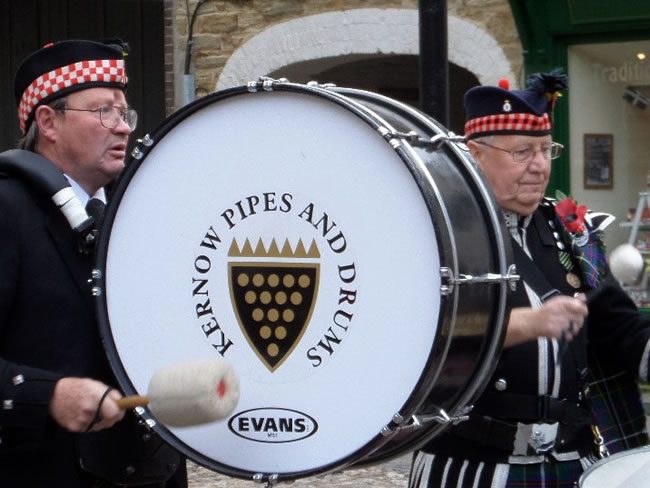 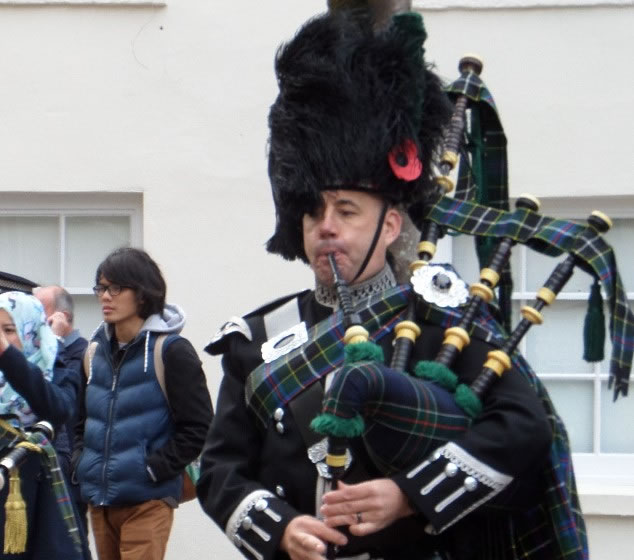 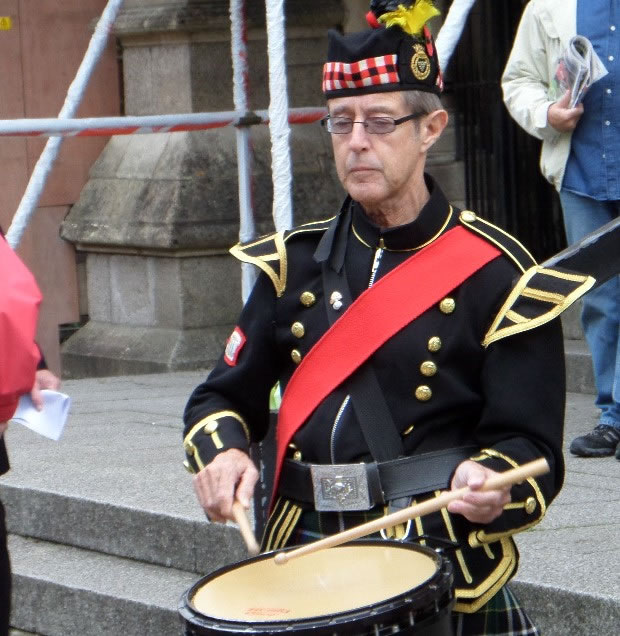 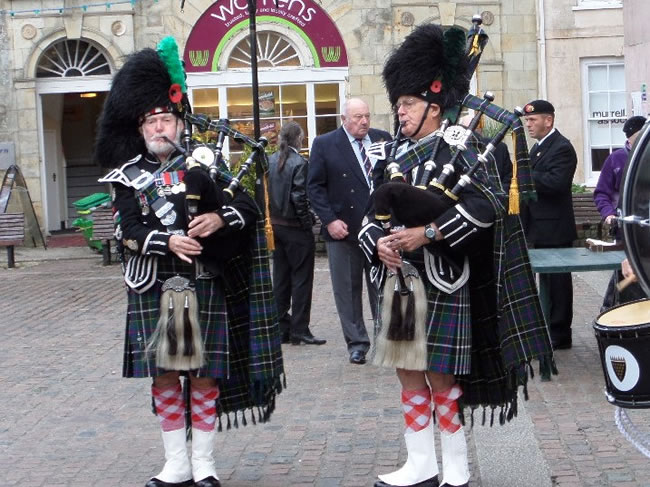 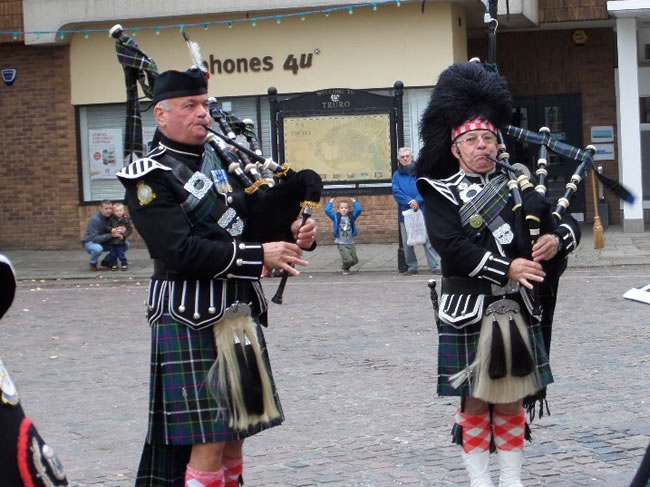 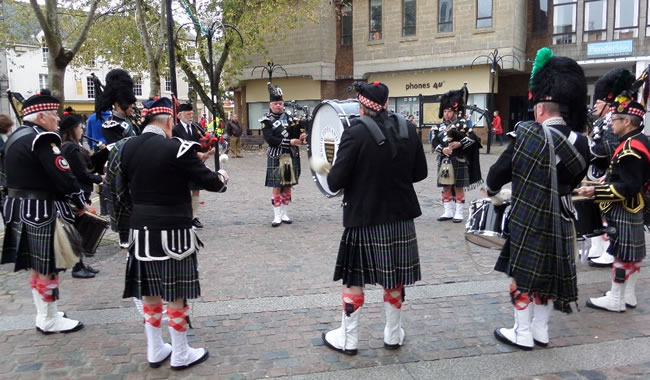