The venue for Saturday was the picturesque village of Port Isaac with its stunning panoramic views from the Carnival field above the village. Although there were blue skies with fluffy white clouds, there was a cooling persistent breeze as the Band Members met up for a practice and warm-up of the pipes. Dress code was Day Dress with capes, if needed. There was a good turnout of 8 pipers, 3 drummers and Drum Major. By 17.30 hours the Members were well into the practice session and by invitation at 17.45 hours the Tarka Band joined them and the combined bands sounded impressive.

The Tarka Pipes and Drums Band led the Parade with the Kernow Band playing in the last position. Also taking part in the Carnival was the Barnstaple Town Youth Marching Band, Jazz Band, Town Fire Engine with Fireman Sam, Port Isaac Royalty with Carnival Queens, the RNLI, and a mammoth pink wooden elephant to name but a few of the many entrants.

The road was crowded with holiday makers and locals who were cheering and clapping in appreciation of the Band’s performance along the long route into the village. At this point it was mostly downhill and as last year, the procession turned left down a long narrow steep hill to the Square before it arced back up again to rejoin the main road. At the crowded junction the Band formed a circle and played to the appreciative audience before marching and playing along the return route.

Once in the field the Tarka Pipes and Drums joined the Kernow Band and they played to the busy Carnival Field for twenty minutes before the combined bands posed for a photo shoot with the amazing seascape backdrop.

An enjoyable Carnival in a lovely village! 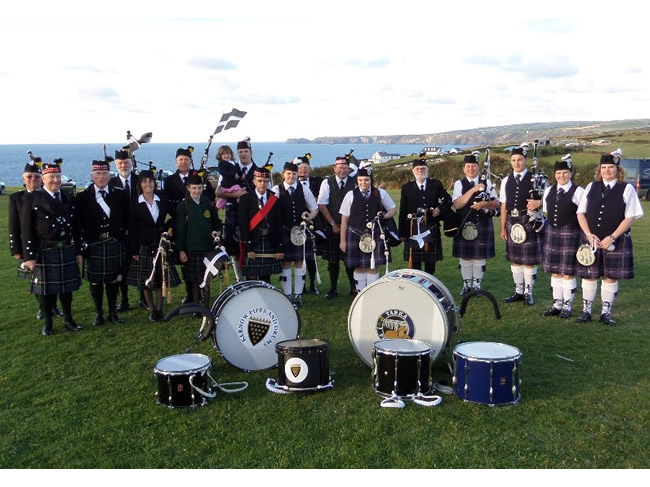 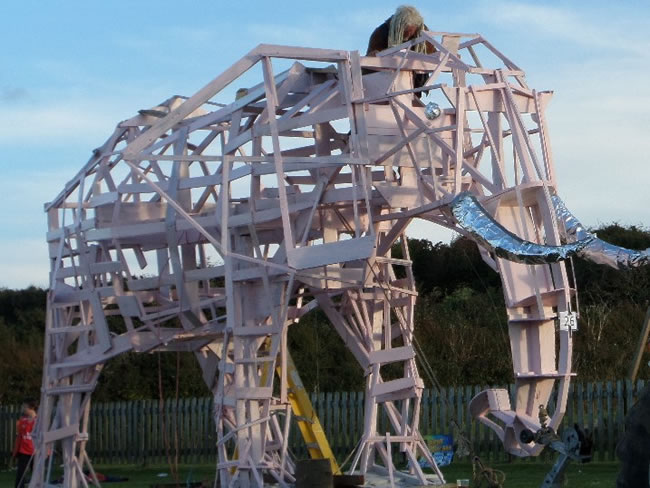 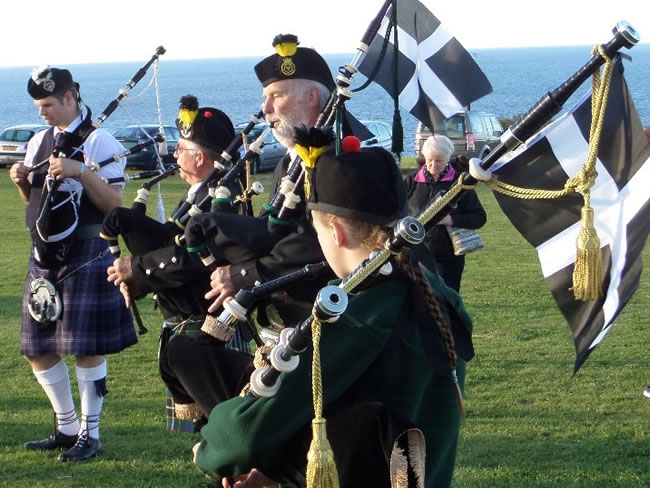 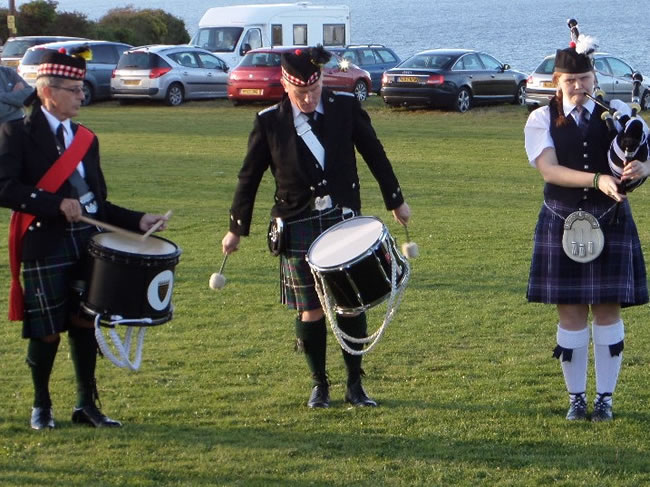 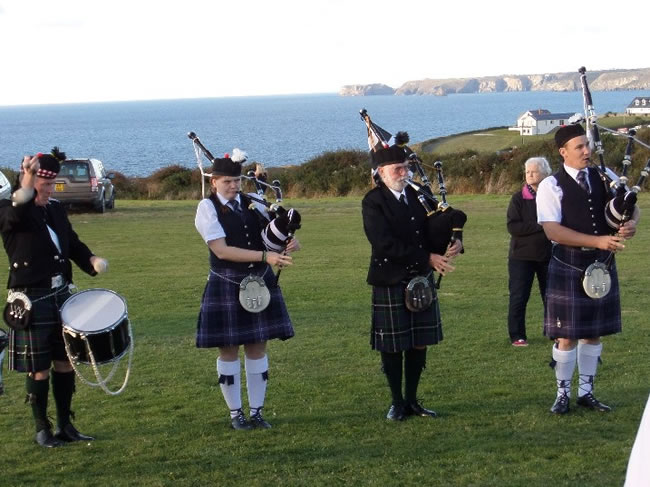 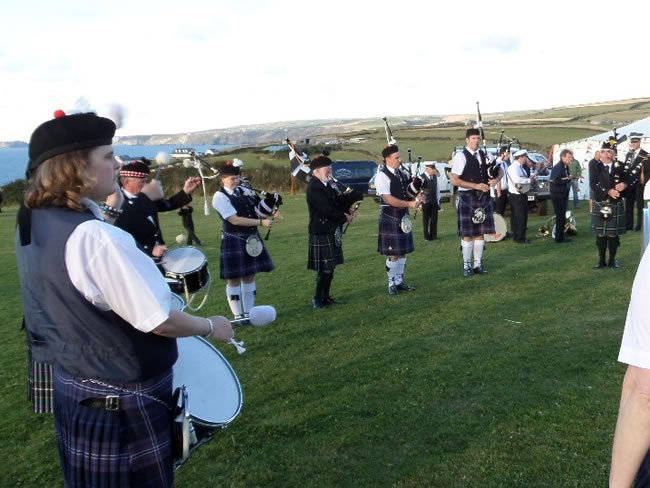 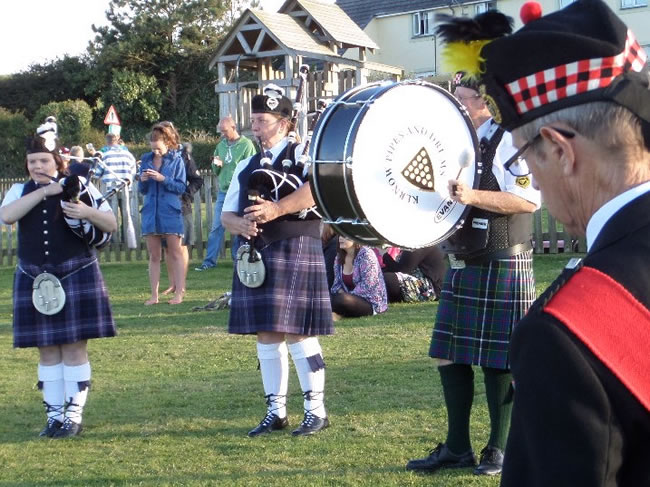 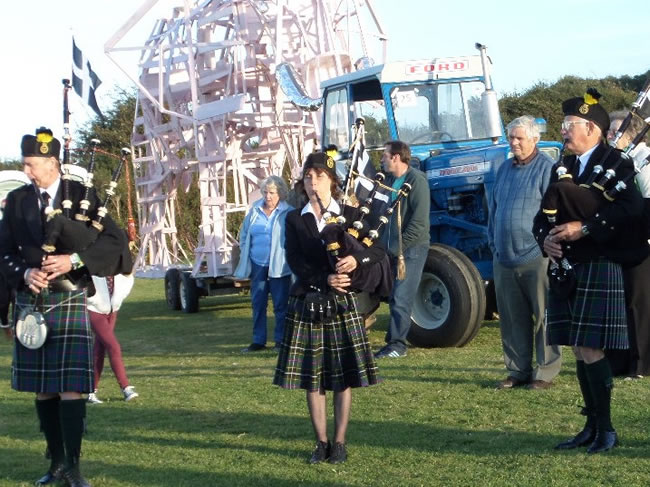 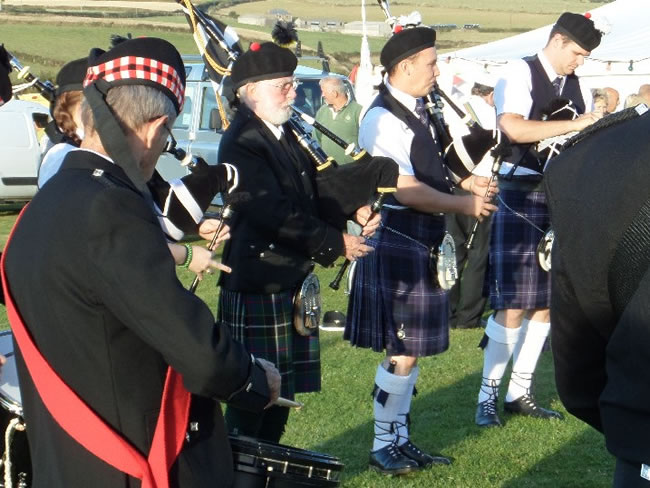 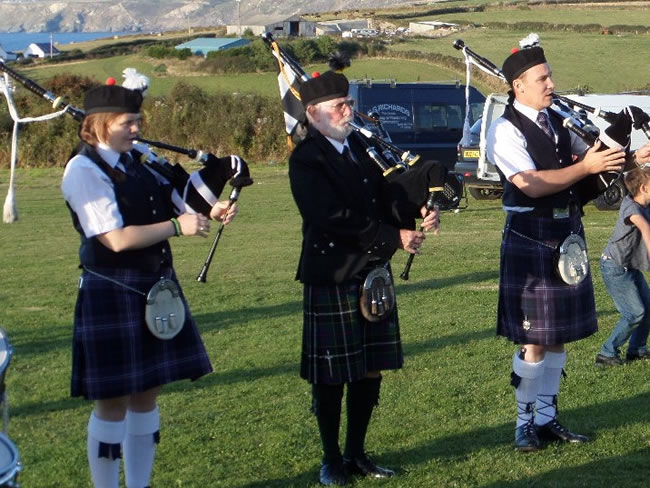 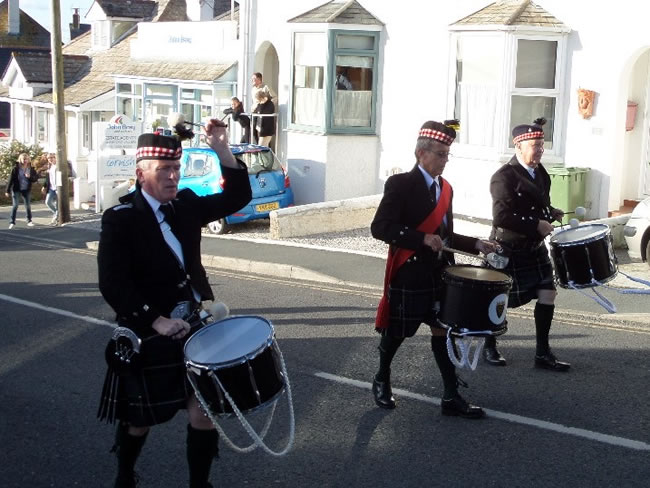 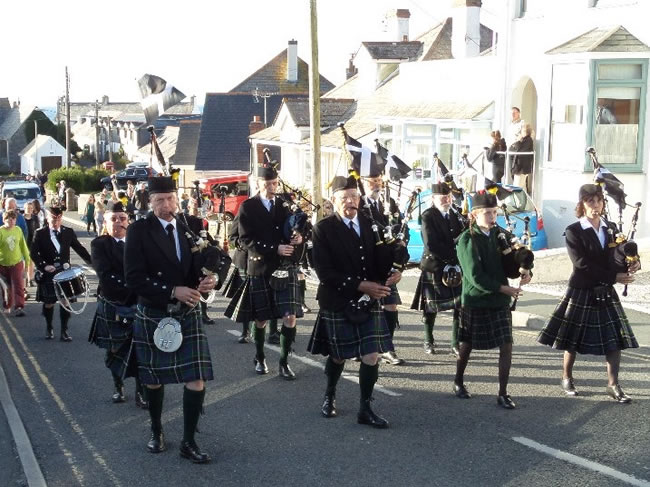 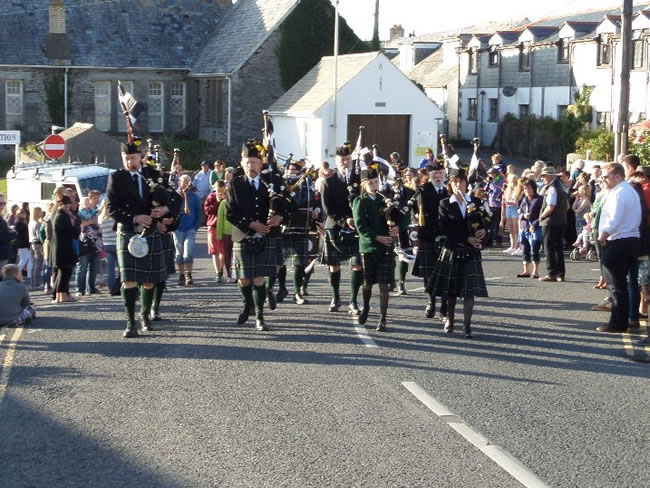 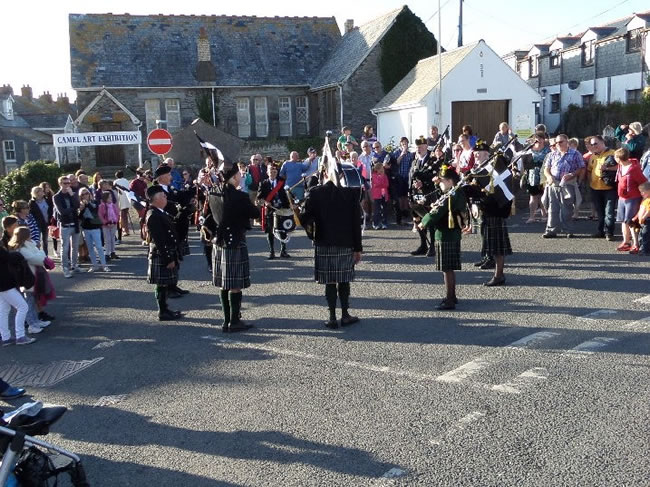 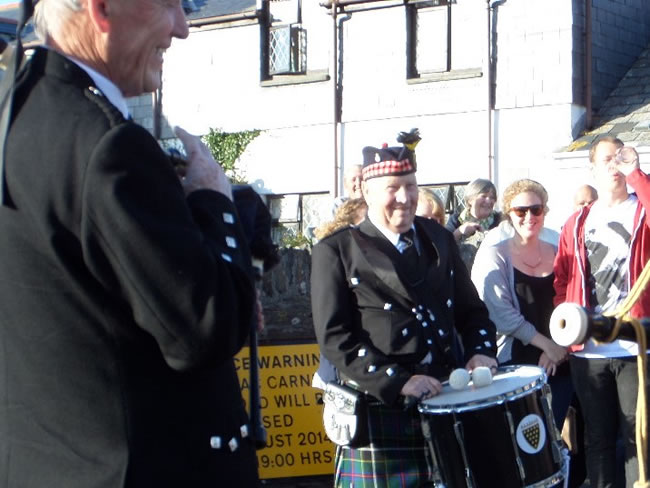 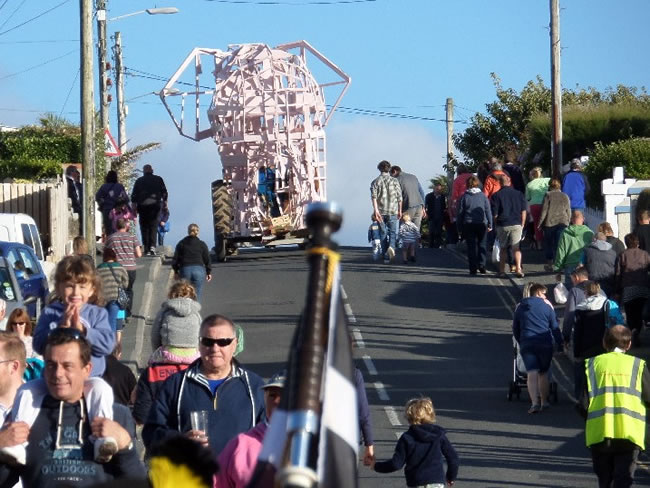 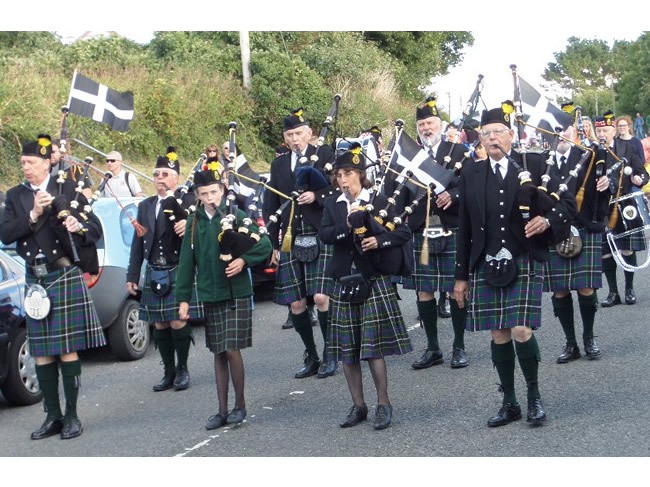 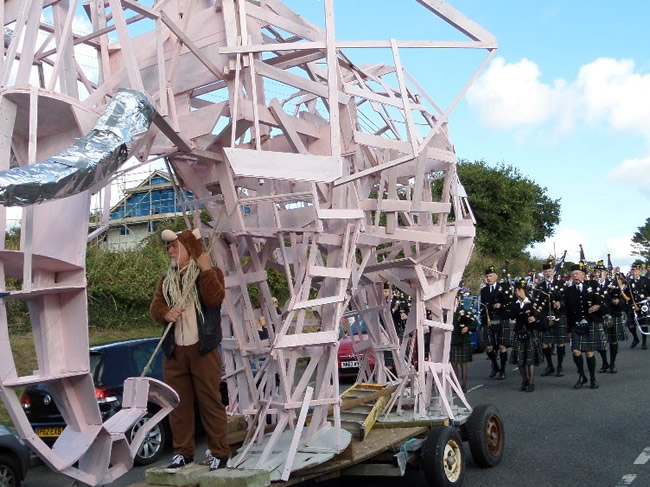 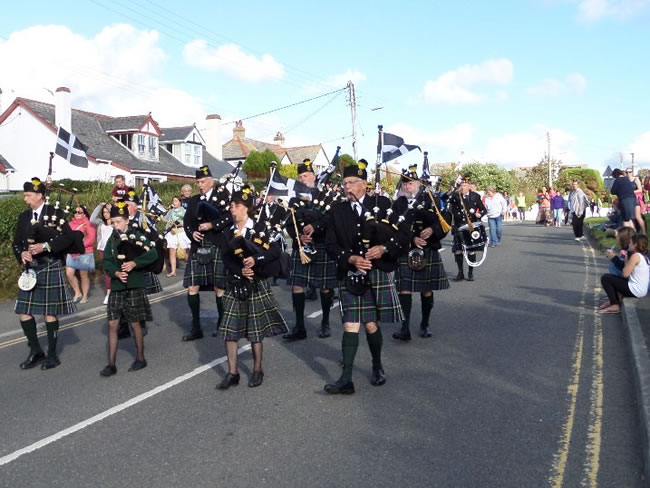 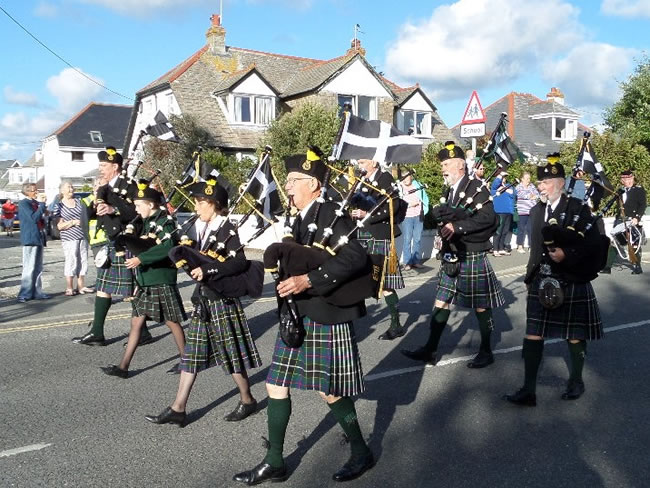 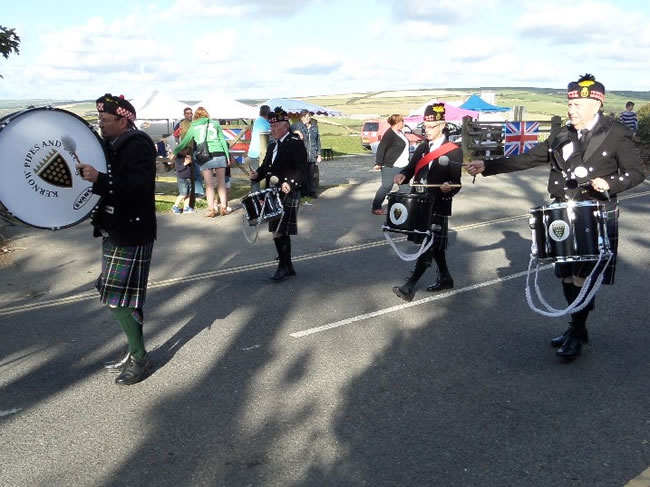 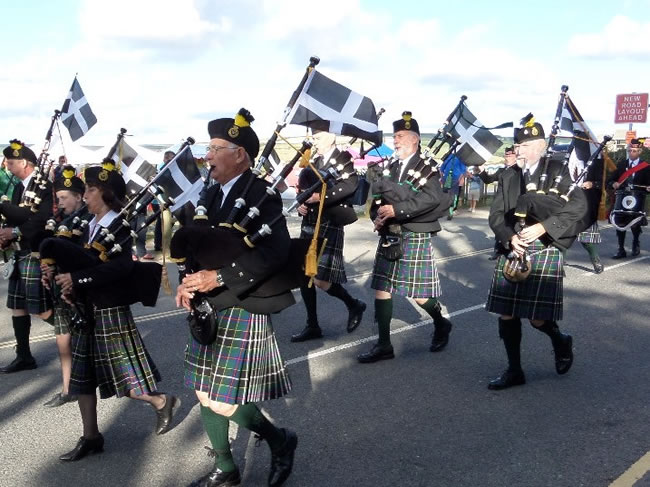 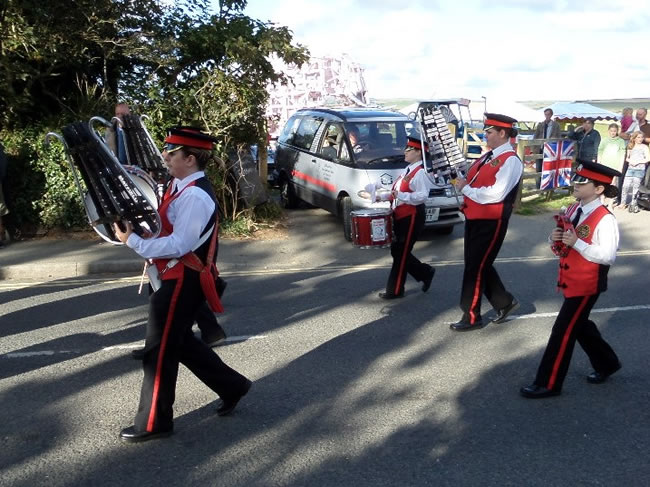 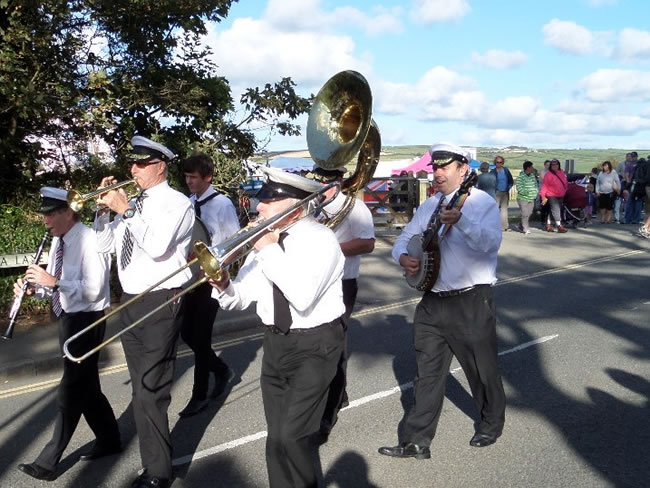 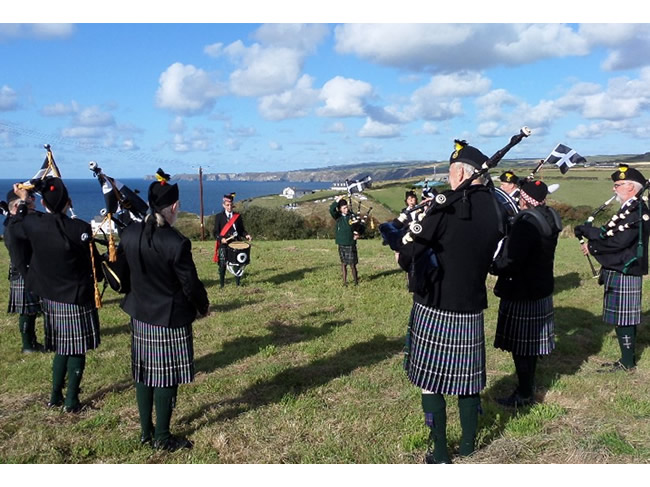 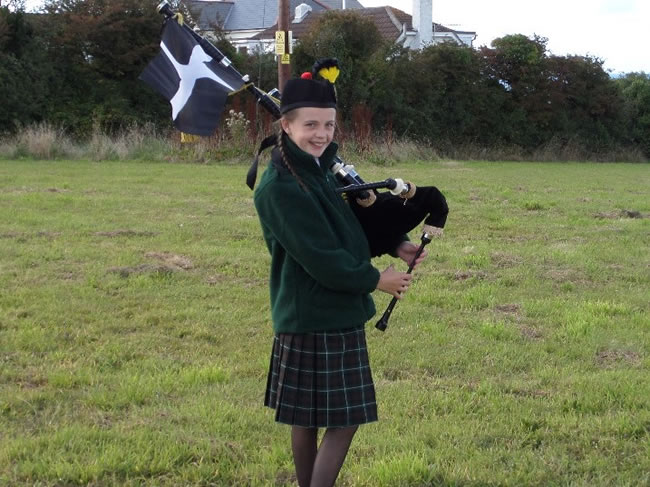