At the invitation of St Ives Town Council for a small contingent of the Band to attend the Cornish Wedding Fair being held in the Guildhall, four Pipers and three Drummers were soon on their way to St Ives. It was a promotional function advertising the Guildhall as a Wedding Venue. The dress code was Day Dress with Glengarries and the weather forecast of a warm sunny day held out. The Members met at a Piper’s house by 9.30 hours and were ferried down to the car park in three cars. The town was rapidly filling up with local families and visitors and on the short walk to the Guildhall the Members stopped briefly for a photo shoot by request.  The Guildhall doors were open at 10.30 hours and the Band played for 30 minutes after which the Mayor and her Consort stood on the steps to greet the crowds.

The Mayor began by welcoming everyone and talked about the 40 stalls inside the hall, which included services and products that could be used not just for weddings and invited everyone to come in and explore what was on offer. These included photography, music, bunting, stationery, flowers, catering, wedding dresses, an impressive laser show and in fact, anything required to make a wedding day spectacular! Before officially declaring the Fair open the Mayor mentioned the Bridal Procession that was to take place later to the Chapel on the Island.

The Band then played one more number before being dismissed and the public showed their appreciation. There was a photo shoot with the Band, the Mayor, her Consort and the numerous stall holders and Organisers of the event. During the morning the Band’s Calling Cards were handed out to many interested parties. The Band Members entered the Guildhall for refreshments and enjoyed a tea/coffee and cake in the attractive Vintage Tea Corner.

Later they played in front of the Guildhall again for 30 minutes and still the cameras clicked from the visitors stopping to listen. At 12 noon the Band were dismissed and again headed for the Piper’s home this time to partake of refreshments which included a variety of delicious home make cakes which were very much appreciated. An hour or two followed sitting round the table pleasantly chatting and putting the world to rights.

The morning had been yet one more uplifting experience, in good company, in beautiful weather and amazing surroundings! 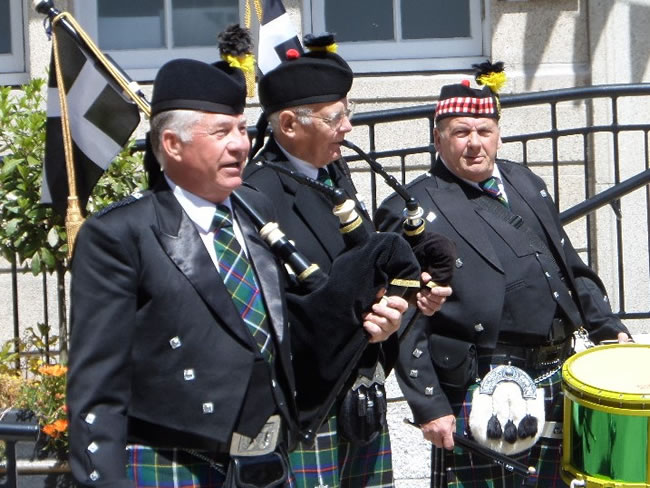 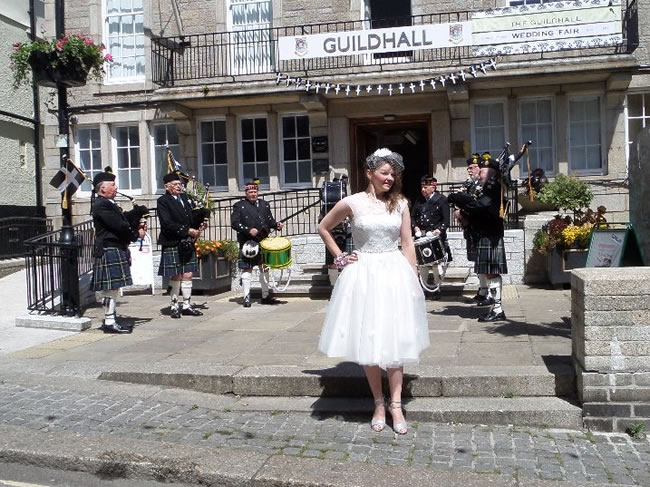 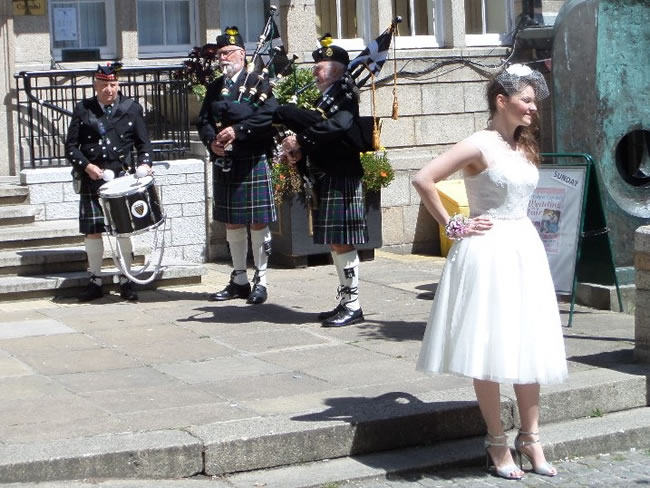 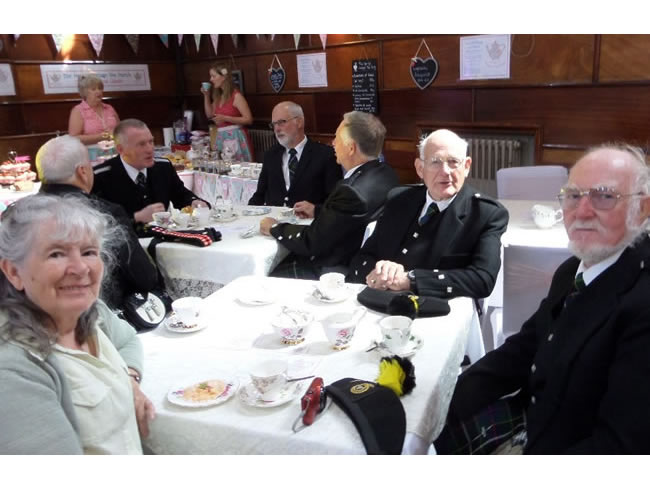 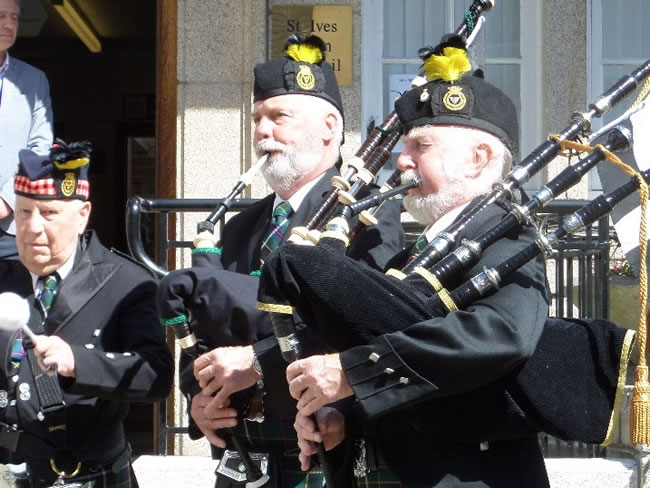 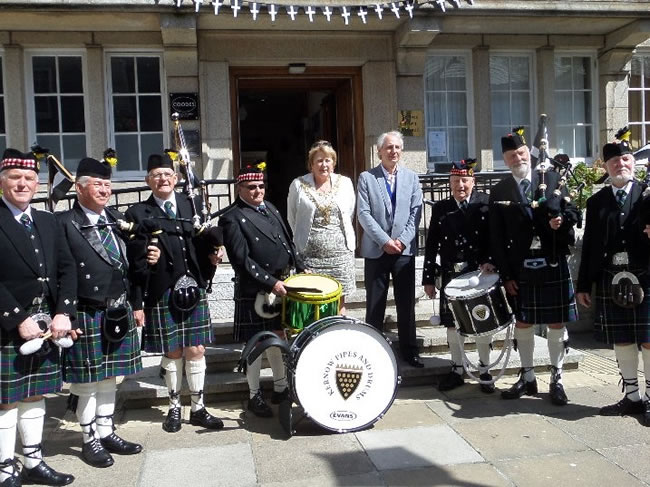 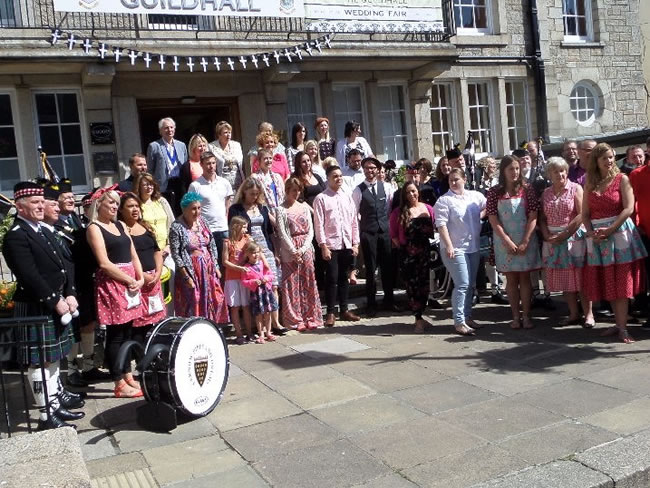 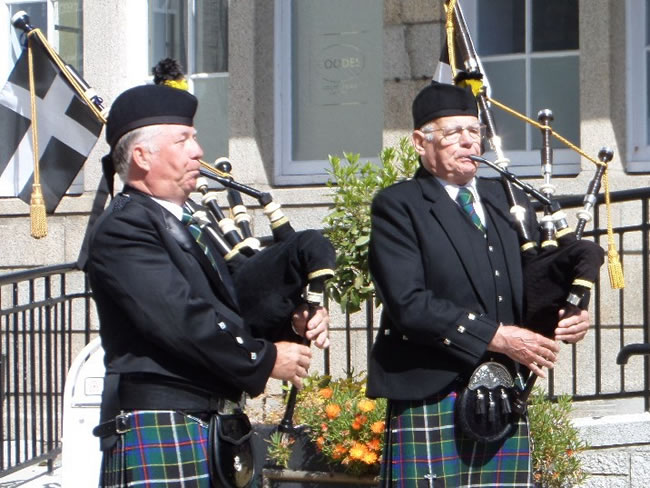 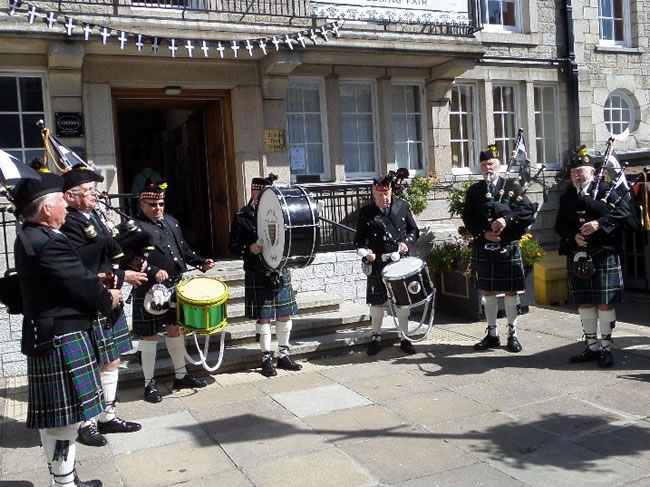 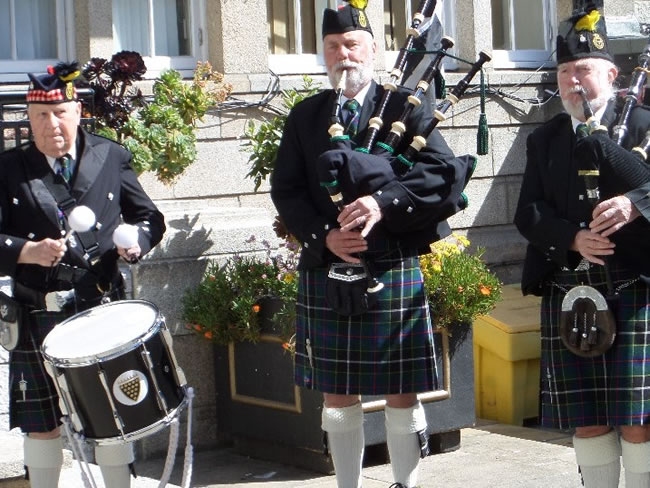 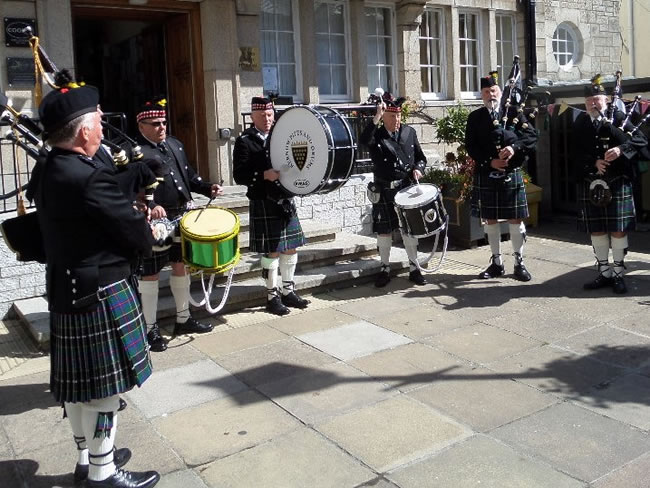 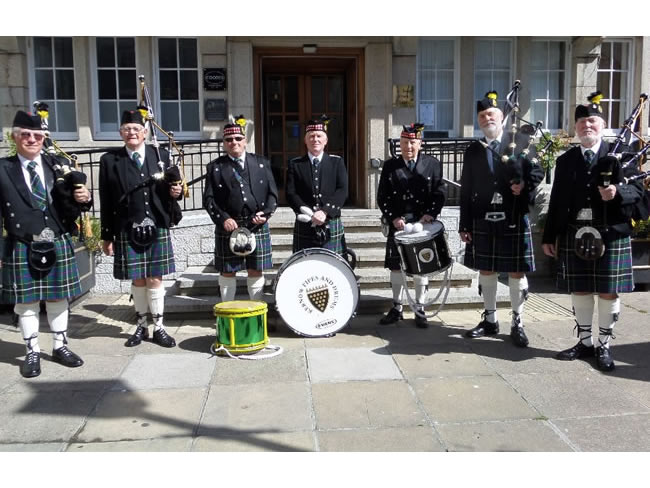 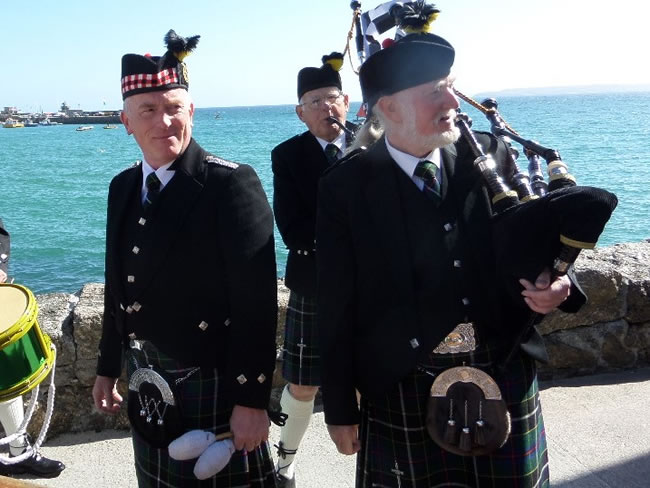 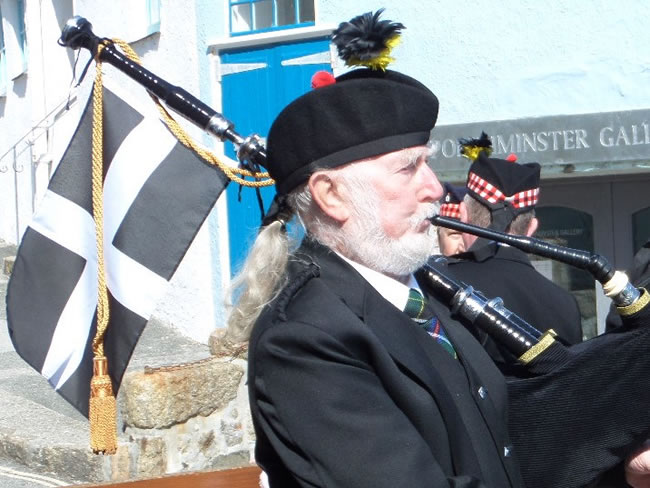 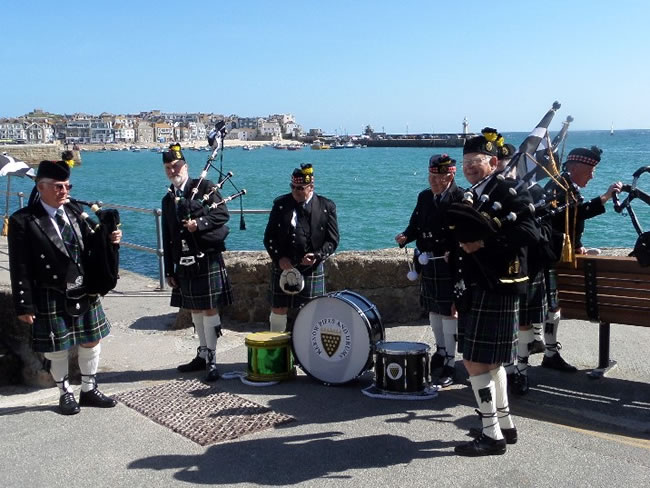 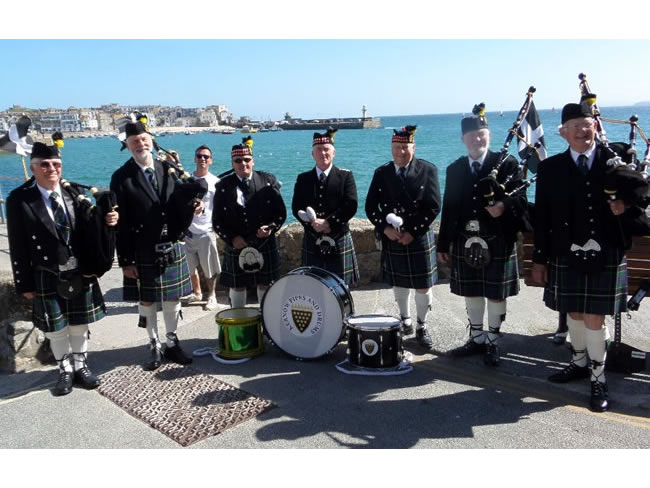