There was a white coating of frost covering the rooftops as we left for Trago Mills near Liskeard around 9.00 am. It was bitterly cold at that time though the skies were blue and the sun was blazing and it was hoped the air would warm up as the morning progressed.

The band had three slots of twenty minutes with 15 minute intervals in between. The Dress code was No 2 with waistcoats and it would seem there would be a few people experiencing a few chilly fingers on pipes even though they would be playing underneath an awning. There was a large, impressive banner depicting information about the Band’s activities with photos which had been kindly donated to the Band by a Band member.

The Trago car parks were rapidly filling up as Christmas shoppers streamed into the Complex. The Band drew much interest and appreciation from the members of the public as they passed to and fro in front of the awning, or stood and listened.  During the first break a comforting hot drink was provided by our Host, Trago Mills.

There was a good mixture of melodies in the Band’s repertoire – which included the British Legion Set of Pack up your Troubles, Keep the Home Fires Burning and Tipperary. There was Scotland the Brave, Marie’s Wedding, Amazing Grace, Green Hills and Battles O’er. Also played was Highland Cathedral and Last of the Great Whales. Trelawney was played by a solo piper and Christmas Carols were played by two solo pipers – during which the other members sang heartily along to the music. It might just be we have got the makings of a very good choir there!

After the final playing the Band marched and played to the end of the road where they were dismissed. Most of them retired to the Cafeteria to thaw out numb fingers and very cold feet and partake of welcome hot food and drink. It was as well their session had finished as the skies had clouded over and it had begun to rain! 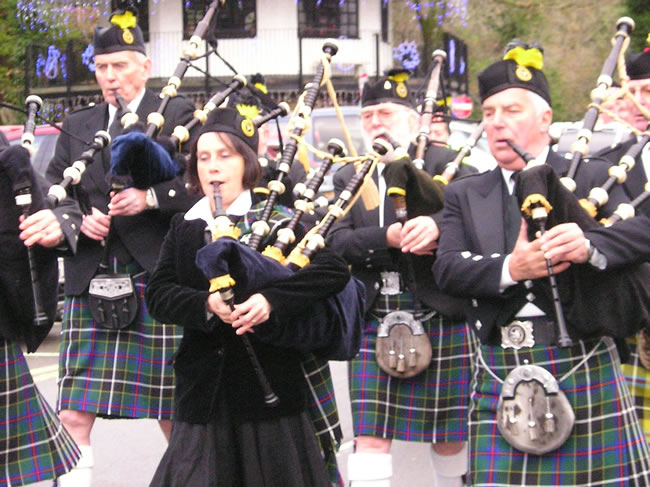 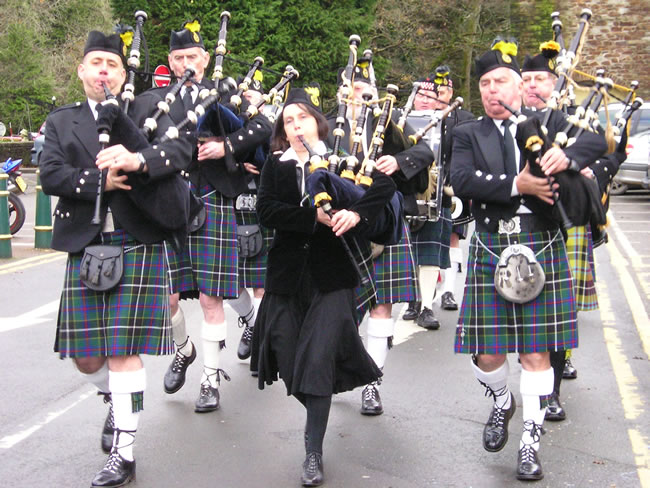 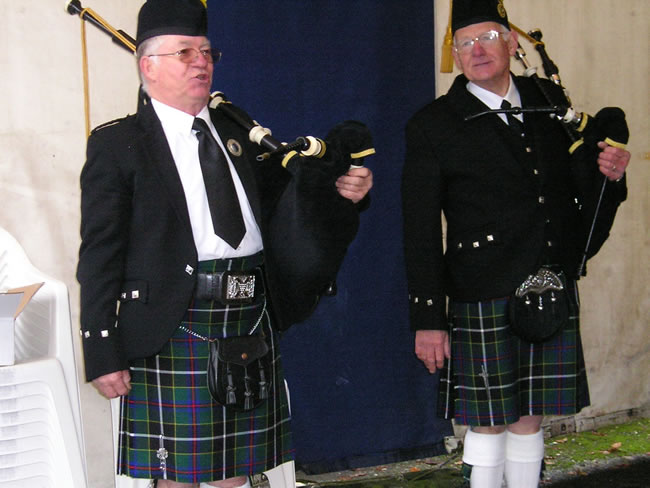 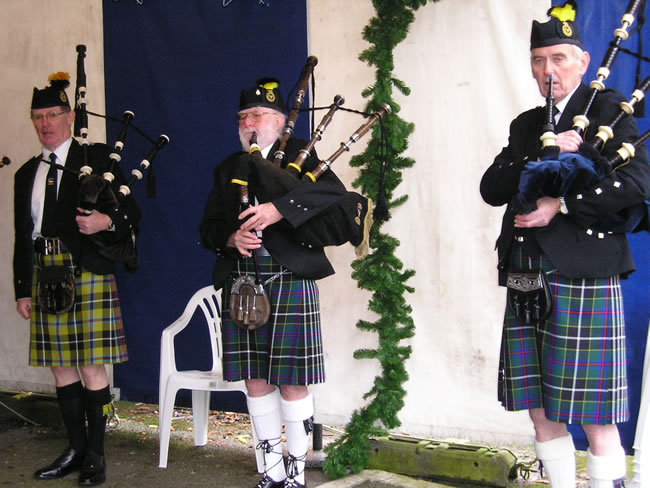 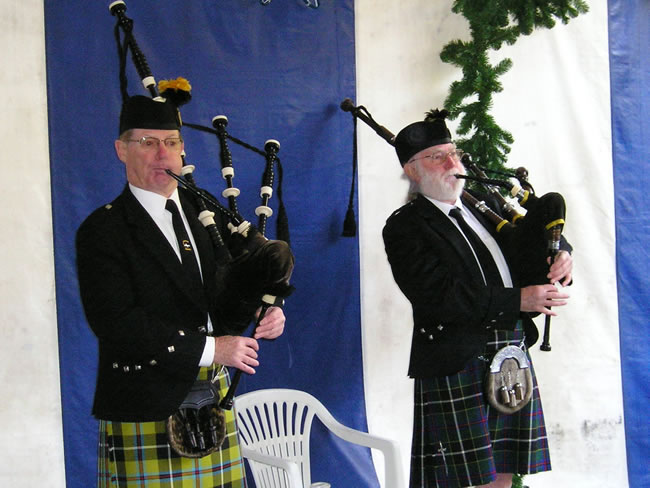 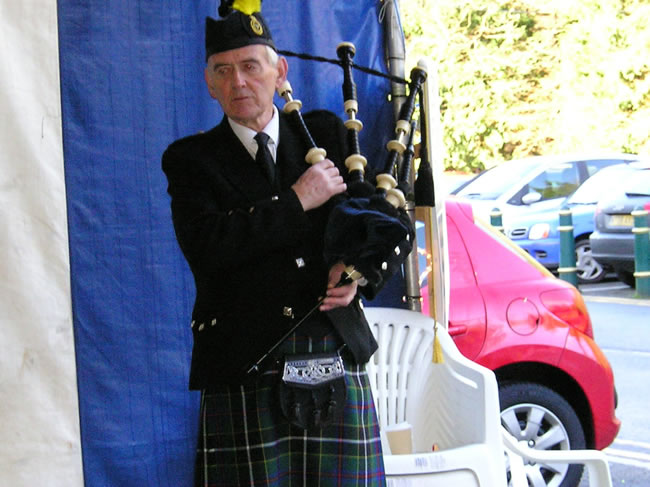 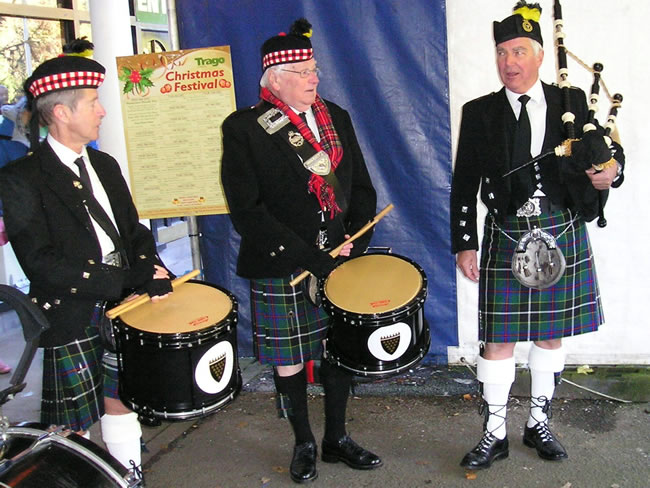 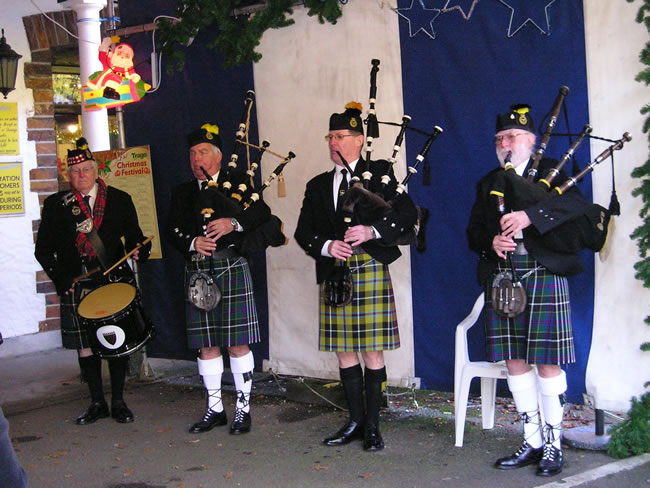 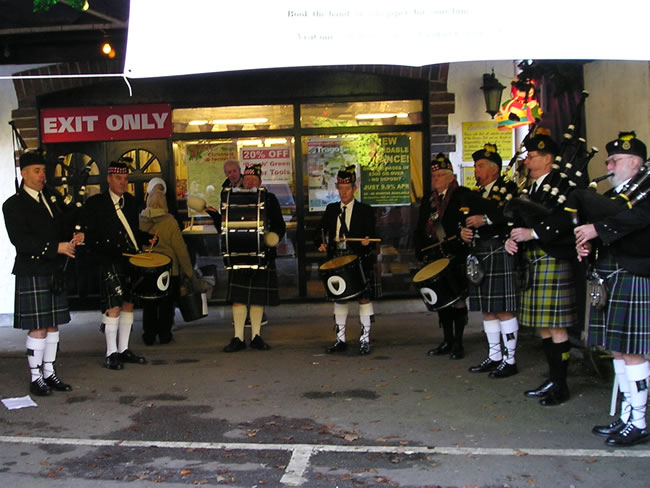 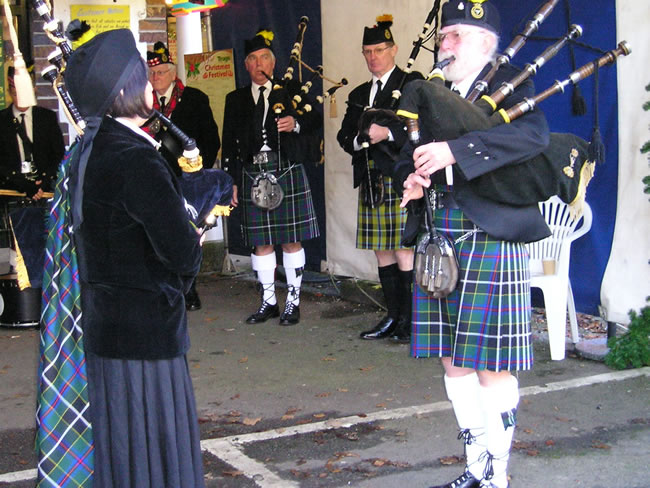 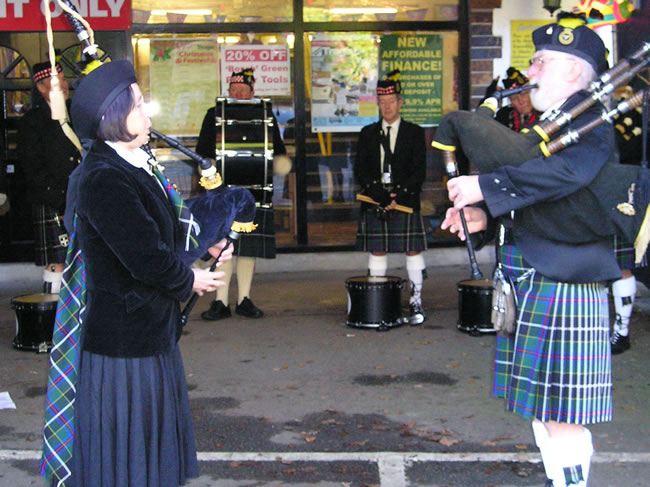 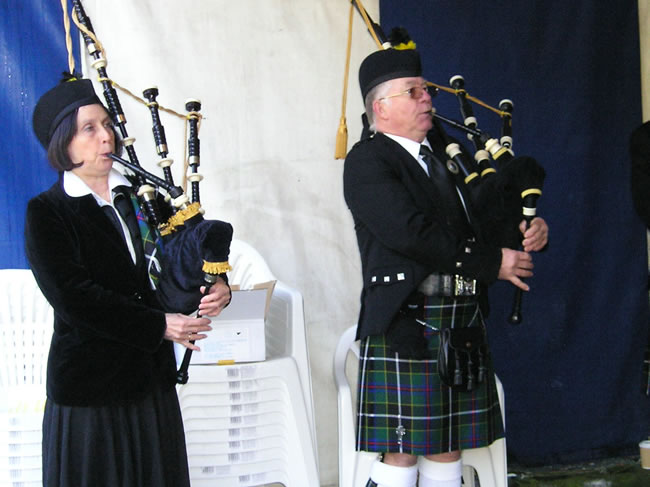 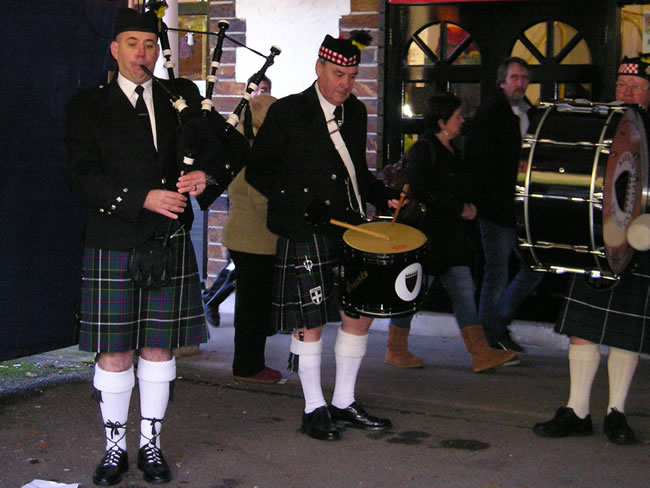 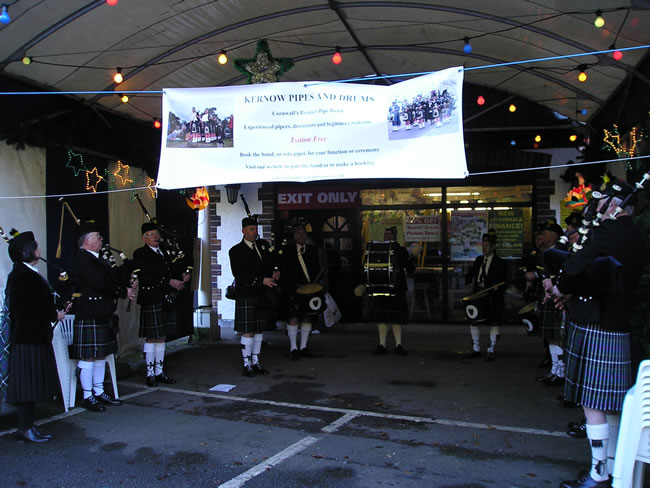 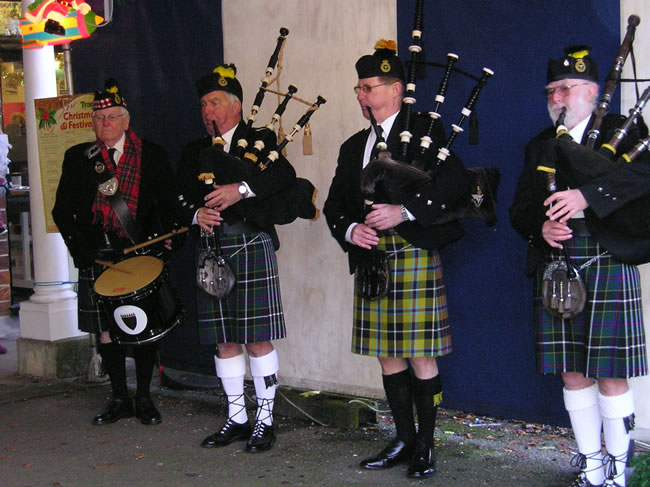 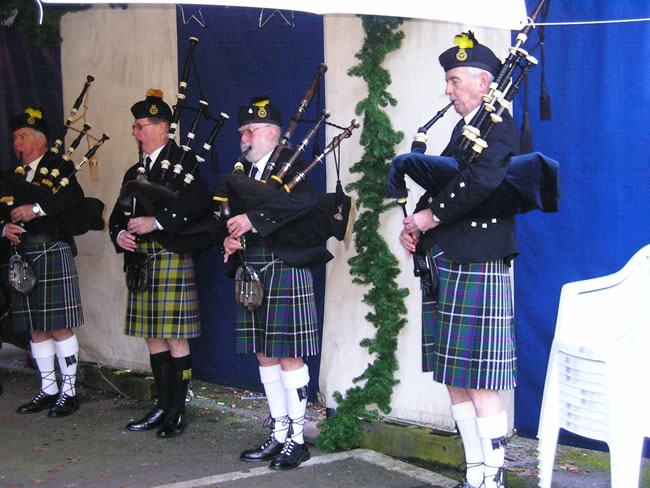 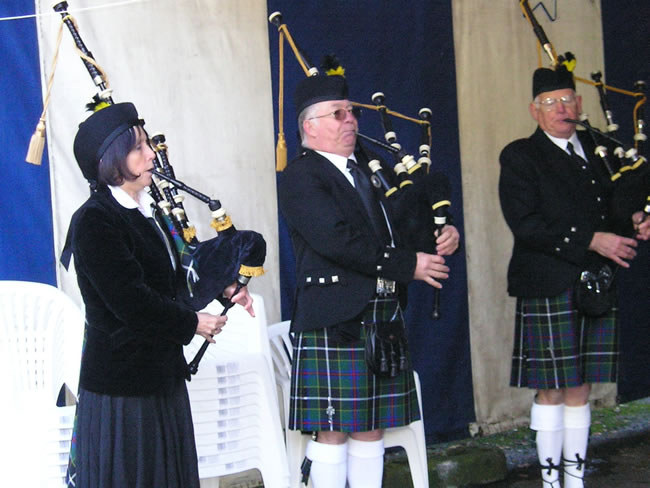 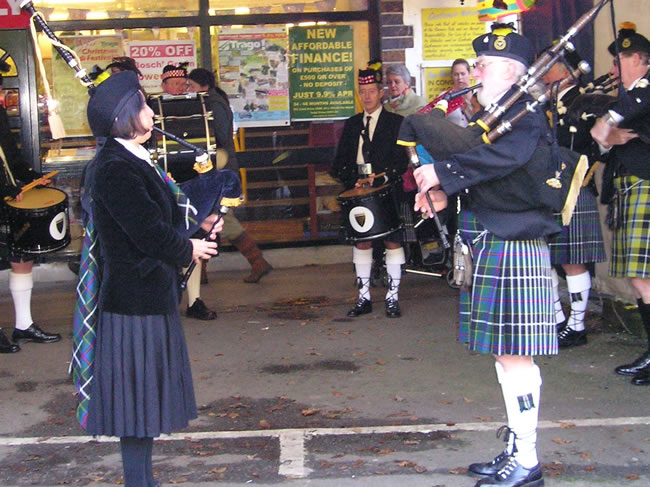 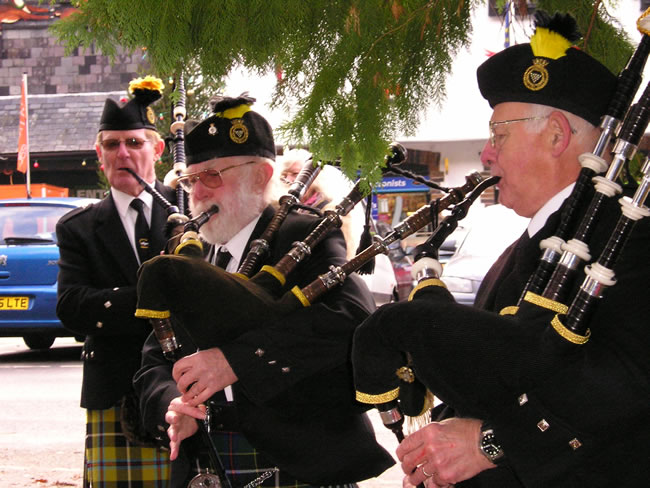 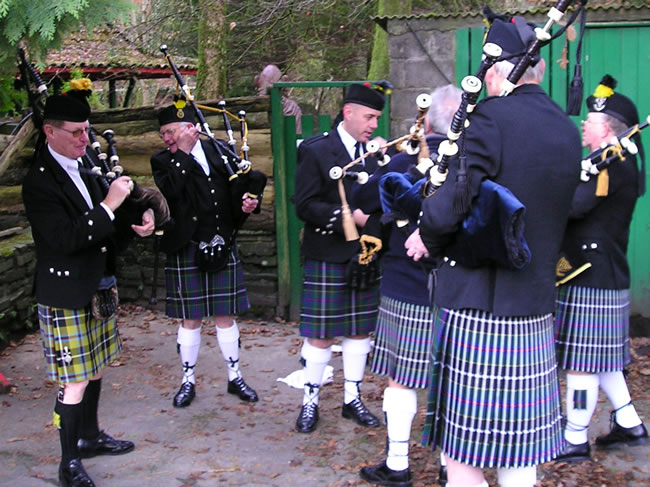 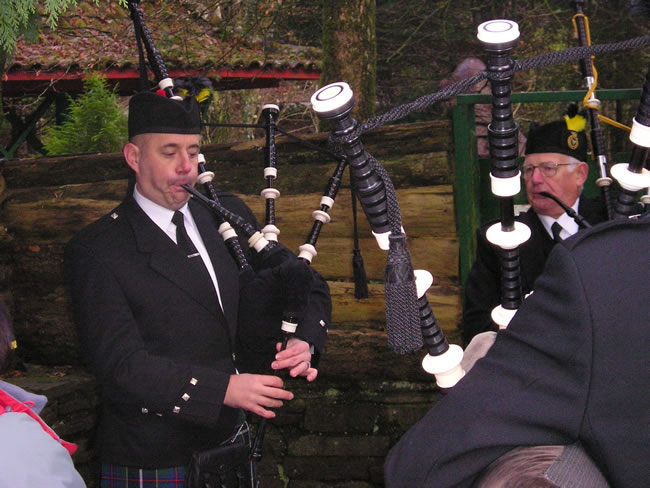