50th BAND WORKSHOP
The Kernow Pipes and Drums held its 50th workshop today despite a dreadful forecast for snow which threatened to jeopardise proceedings! However, eight members spent time running through exercises and a few band tunes on chanters and pipes as well as some new material before the snow started to fall more persistently and we all set off for home and a warm fireside. The first workshop was held in August 2009 and the subsequent programme has been a very good way of developing skill levels for individuals and band alike. It has been a productive and sociable scheme. Our thanks to Mark for again supplying copious cups of tea. Here’s to the next fifty! 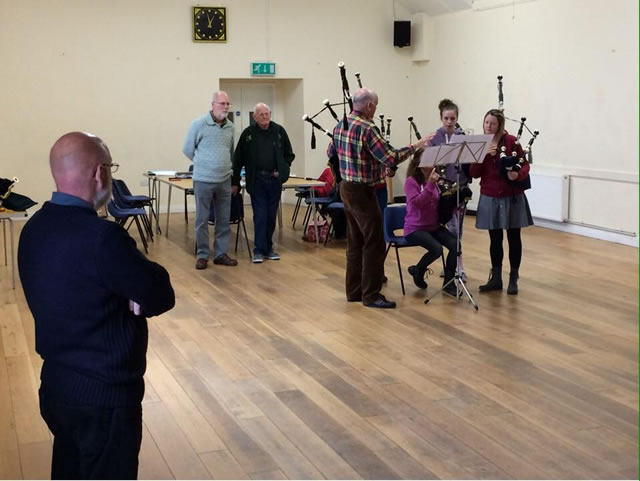 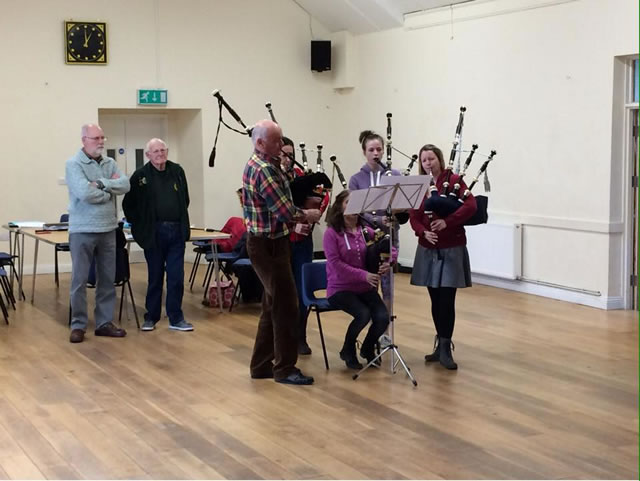 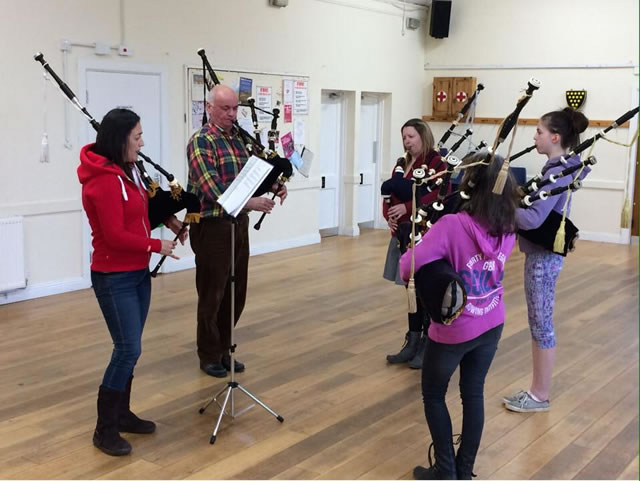