The Band played at the Newquay Lantern Parade and Christmas Lights switch on last night. The weather was dry and the wind had died down which brought out the crowds and lots of children with various lanterns, light Sabres and other very brightly lit wands and windmills! All looked pretty impressive!

A long play for us from the Barrowfields to Fore Street but we were given a break as the organisers wanted us to be silent as we passed the stage area at Marcus Hill where a solitary guitarist/singer was performing! Unfortunately, this was the largest crowd concentration. We had lots of pleading from them for us to play but sadly we had to wait until we were away from the stage area which was a bit of a shame.

Played the High Road to Gairloch, Green Hills and Cockney Jocks sets which was well received by our audience. Thanks to John for rearranging his plans to bolster up the numbers on this short notice task. It was a fun evening out and a spectacular fireworks display over the harbour to finish. Hopefully be back again next year! 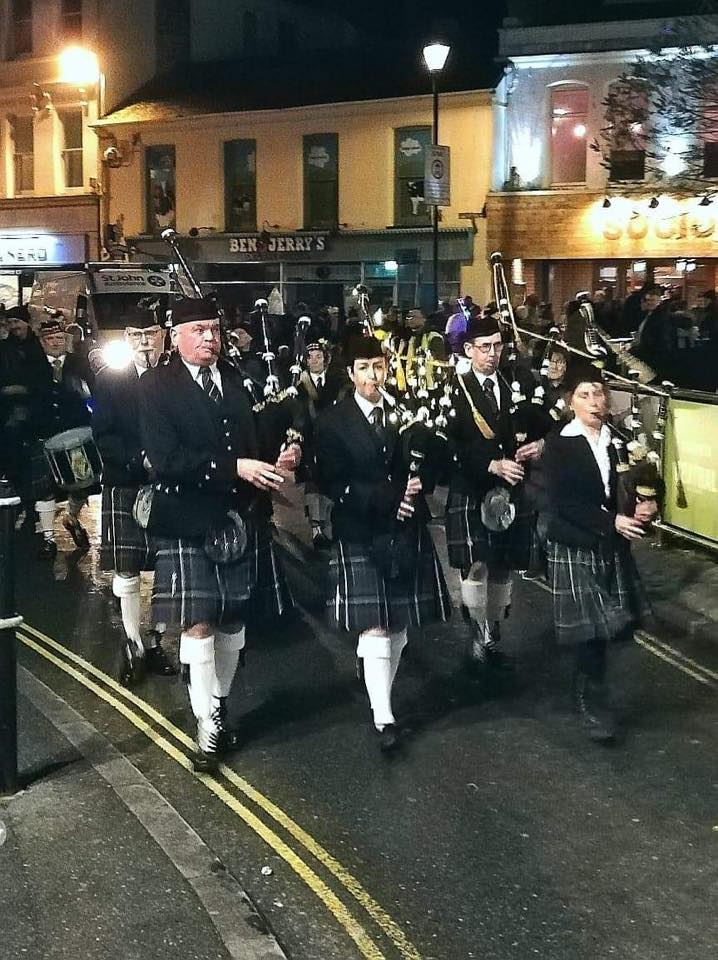 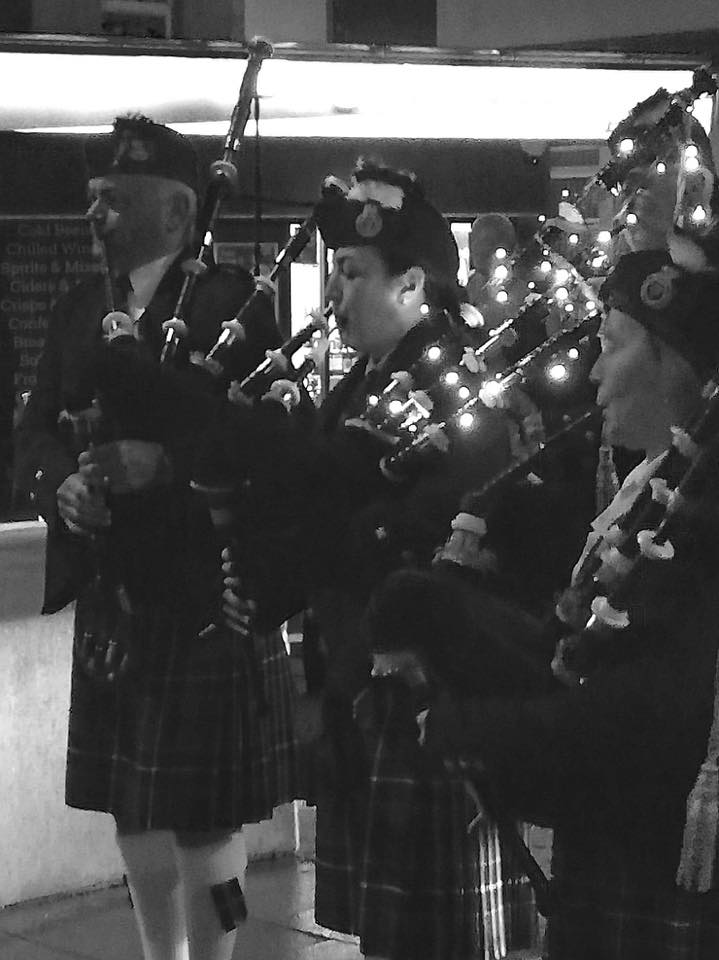 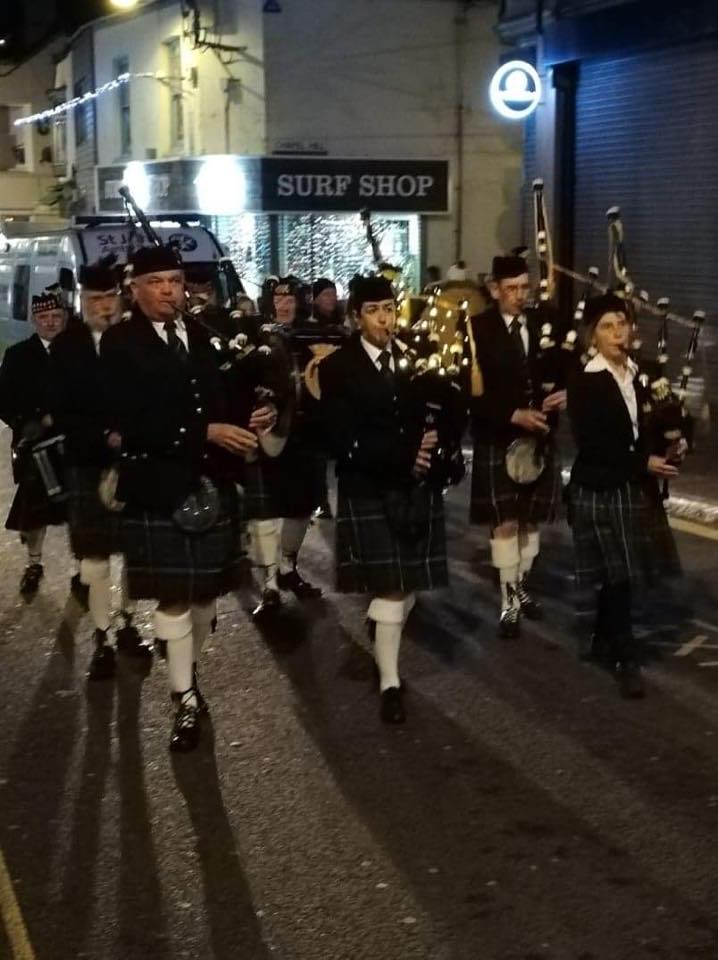 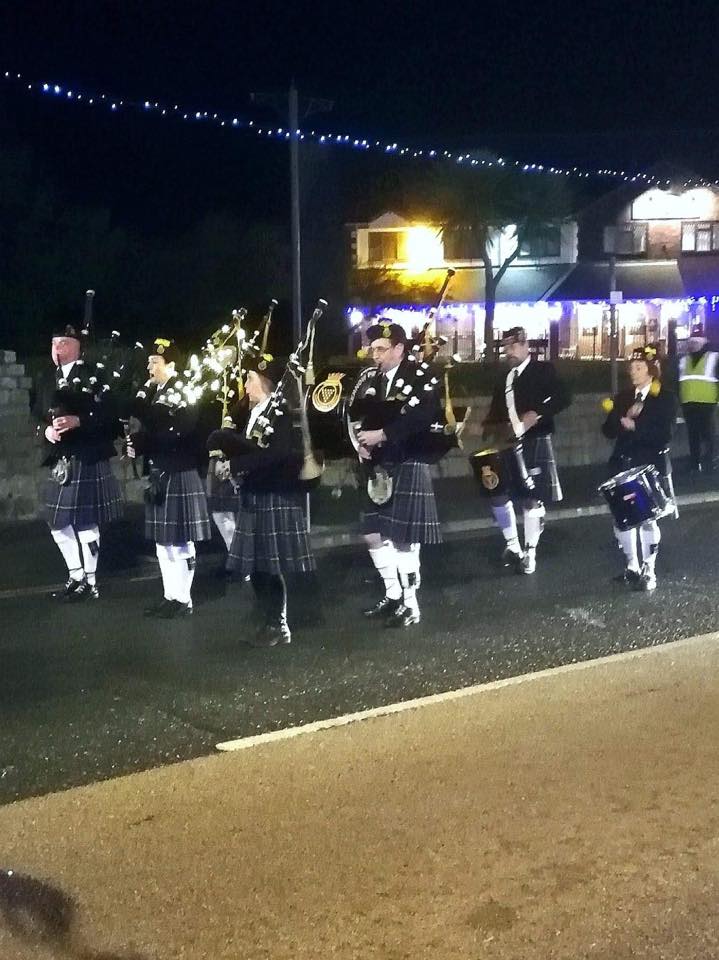