The Kernows played at the City of Lights parade in Truro on Wednesday in front of huge crowds. We were at the end of the parade as usual and somebody said we were the ‘backstop’ which brought sighs of dismay about BREXIT! Felt even more like BREXIT after the confusion over tunes caused by the PM!

The theme for this year’s parade was the Centenary Remembrance of the First World War so we played three of the most famous tunes sung by the troops at that time in tribute to their memory (Pack up your troubles, It’s a Long way to Tipperary and Keep the Home Fires Burning). Despite an early heavy downpour in the holding area, the actual parade was dry and it was wonderful to see so many families out enjoying the spectacle.

It was a good turn out for the band with 10 pipers and 8 drummers led by the Drum Major. Always rewarding to see the public enjoying your efforts even if there is the occasional child covering their ears with a fearful expression on their face! 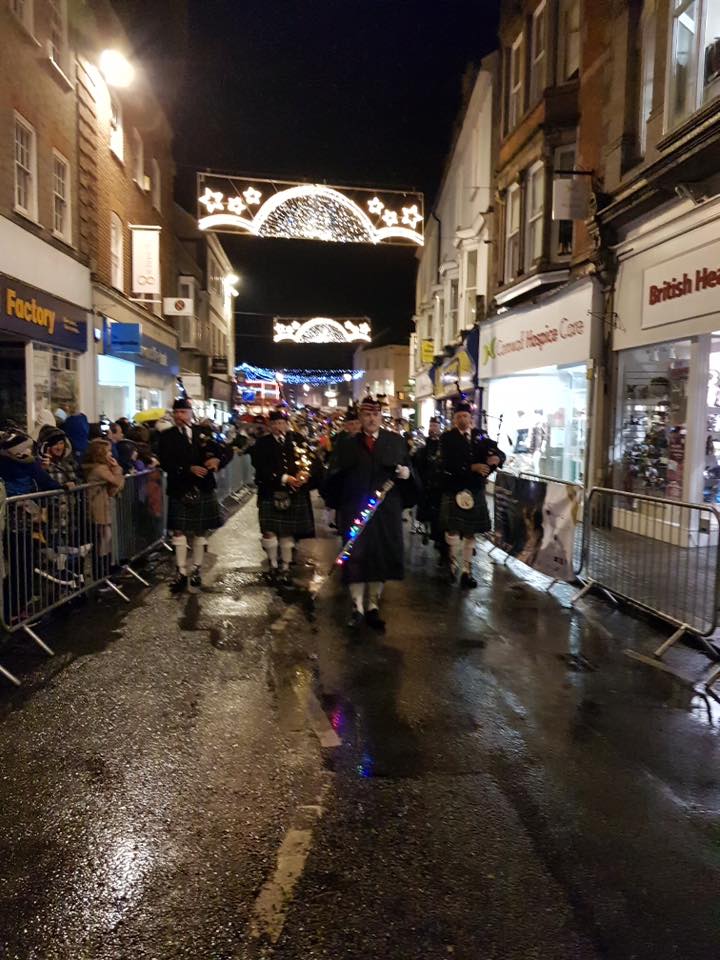 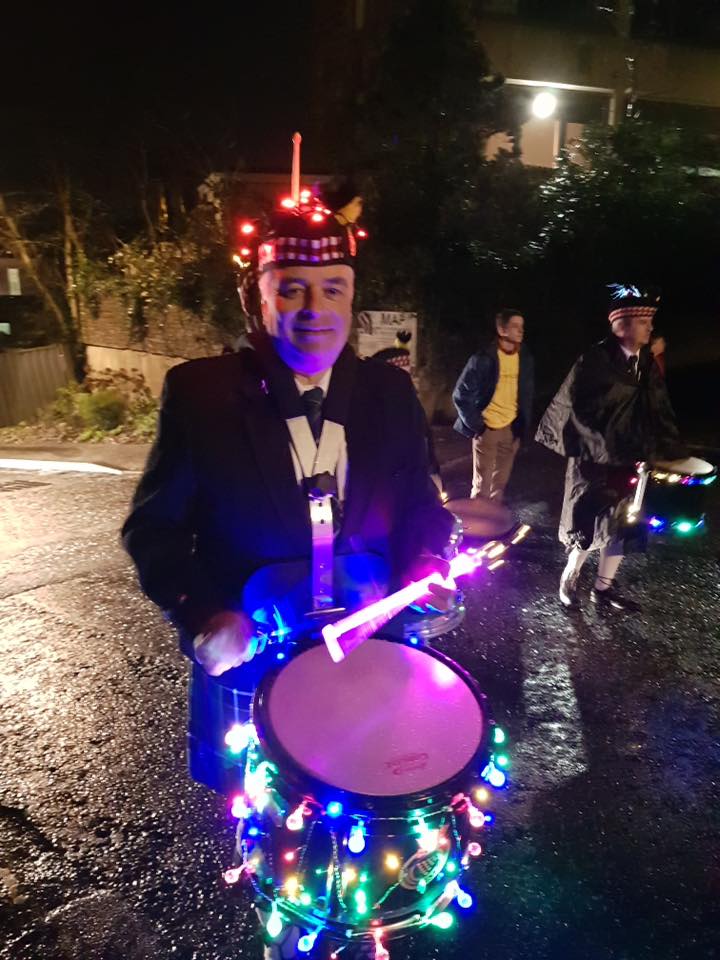 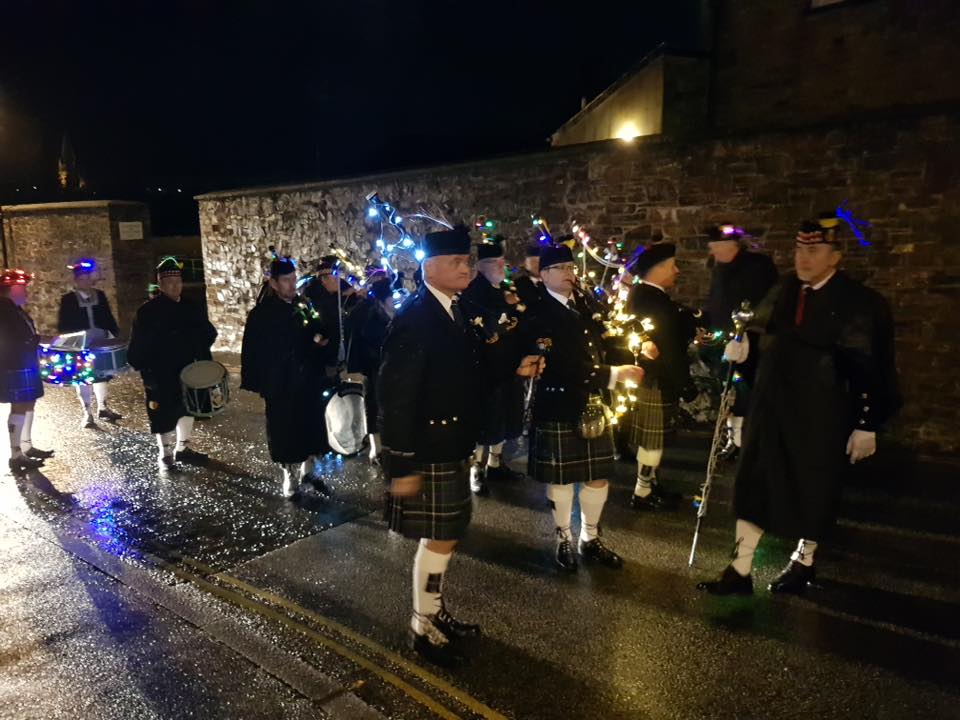 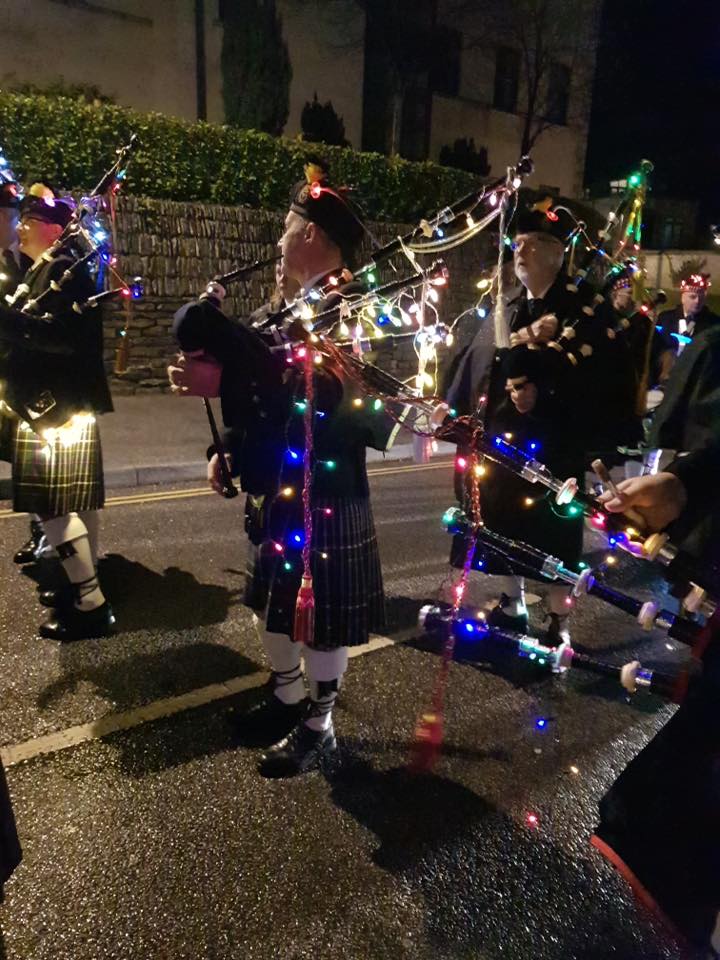