A good turn out by the Kernows for the Bideford Massed Bands and Carnival this last weekend with 11 pipers (Ali, Emma, Miranda, Alex, Davy, Donny, Jon, John, Keith, Matt and Nigel) and 5 drummers ( Sue on bass, Kelvyn on tenor and Chris, Matt and Steve on snares) making the journey to North Devon. For yet another year we were lucky with the weather and the anticipated rain held off nicely and was not too heavy when it did occur. We also had two guest pipers from the Tarka Pipes and Drums so we played sets common to both bands of Green Hills, Scotland the Brave and Castle Dangerous which sounded good!
Sunday brought a nice sunny morning and a favourite part of the weekend with an enjoyable couple of hours playing in a big circle for “Piping in the Park”.
The massed bands was also attended by Accrington, City of Swansea, Shirley, Rose and Thistle, City of Bristol and St Andrews Bands as well as members from Exeter, Rochester and Tarka Pipes and Drums.
Thanks to our hosts, Mike and Gaylena and the rest of the team of the Bideford Youth Pipes and Drums, for all their hard work and efforts in organising yet another successful event. See you next year! 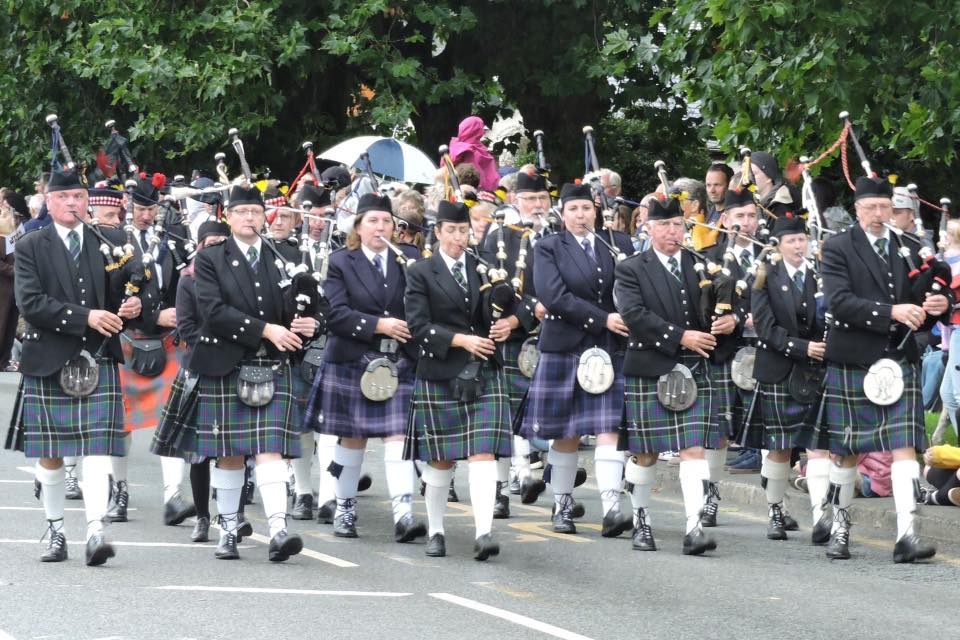 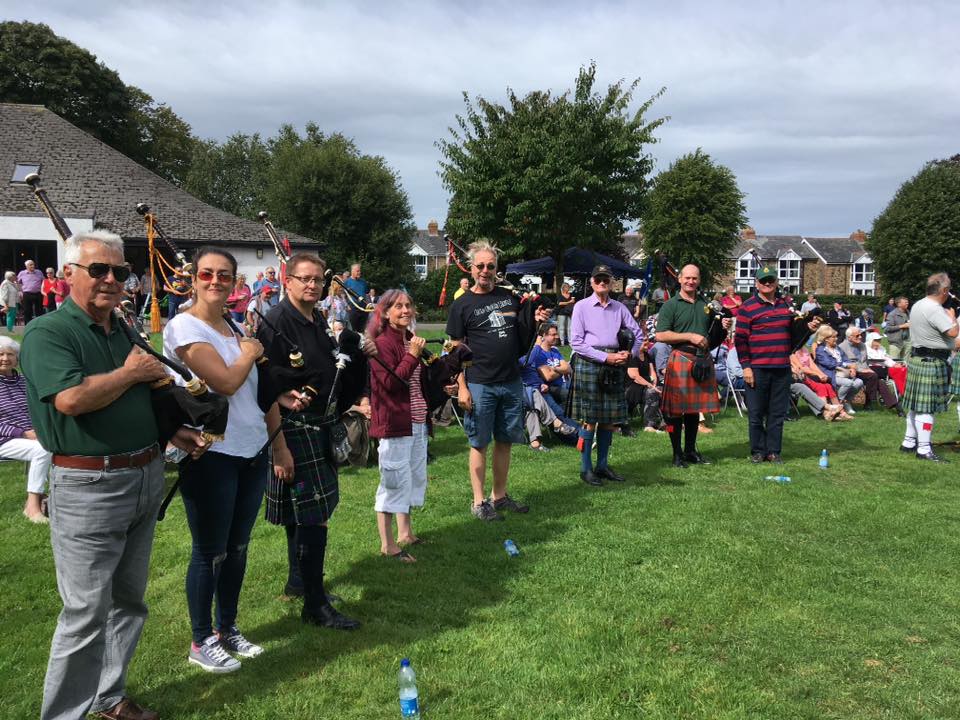