Pipers: Nigel, Alex, Keith G, Miranda, Ali, Emma
Drummers:  Bass – Keith I; Snare – Chris, Steve; Tenor – Anita
The skies had clouded over by the time the Kernow Band met in the car park adjacent to the Fire Station. It had been another hot day and now there was a welcome cool breeze as the 6 pipers and 4 drummers tuned up. The dress code was Day Dress.
Judging was taking place among the numerous contestants who were part of the Parade as it was then 17.30 hours.  The Carnival was well organised and started on time at 18.30 hours led by the giant steam engine, fire engine and Coastguard Search and Rescue cars. Then came a lively dancing group of majorettes closely followed by a long line of walking fancy dressers, Guides and Brownies, Lions Club of Padstow and District, and floats with humorous themes, dancing groups and a vibrant samba band to name but a few of the contestants. The town was packed with visitors and locals enjoying the event and the holiday atmosphere.
It was a steep road on the long winding route down to the town. There was loud appreciation of the Kernow Band as it passed and the Carnival circled round the town and proceeded to the old railway station near the Lobster Hatchery where it finished and the Band was dismissed to seek out refreshments. It had been a lively, colourful Carnival in a lovely holiday atmosphere and the skies were turning blue again. Tunes played during the evening included – High Road to Gairloch set, Cockney Jocks set, Scotland the Brave set, and Castle Dangerous set. 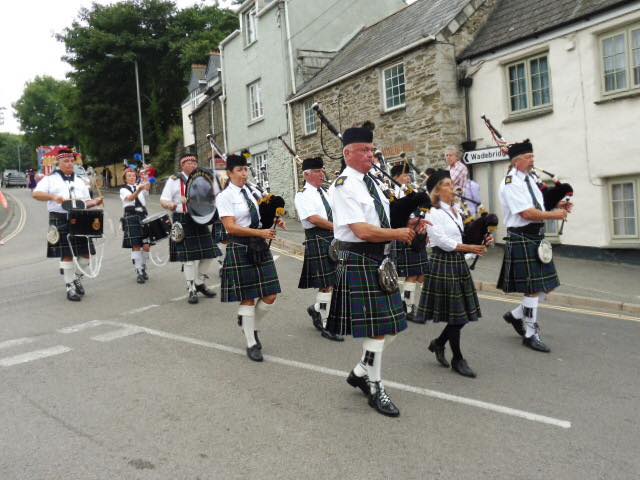 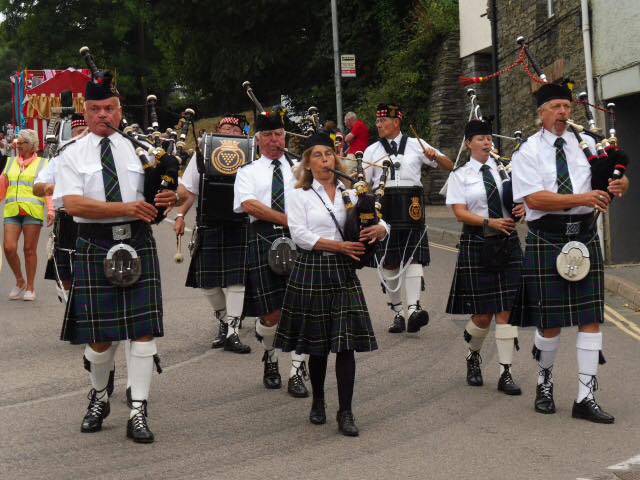 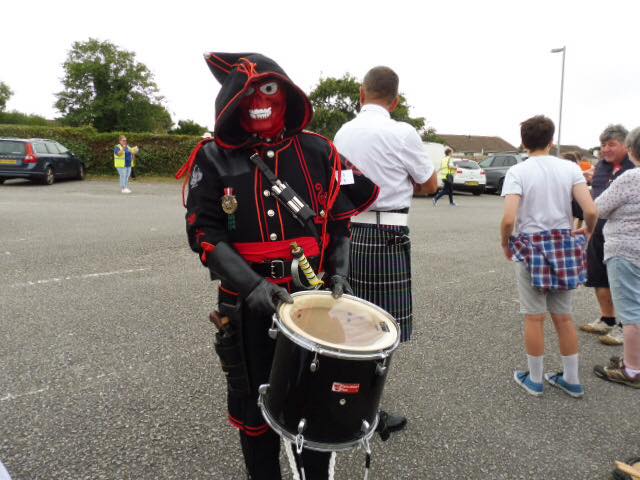 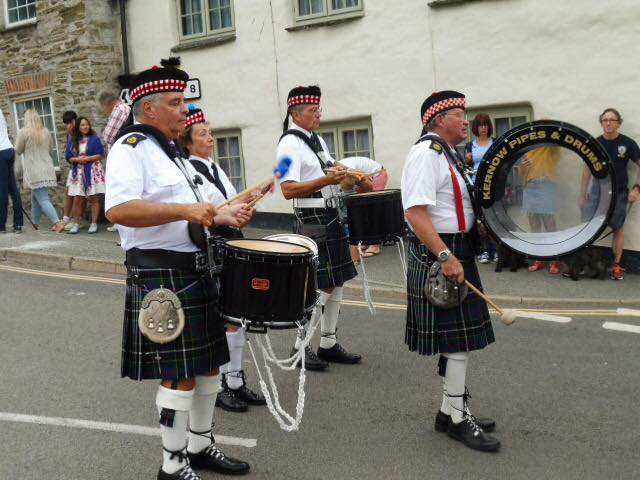 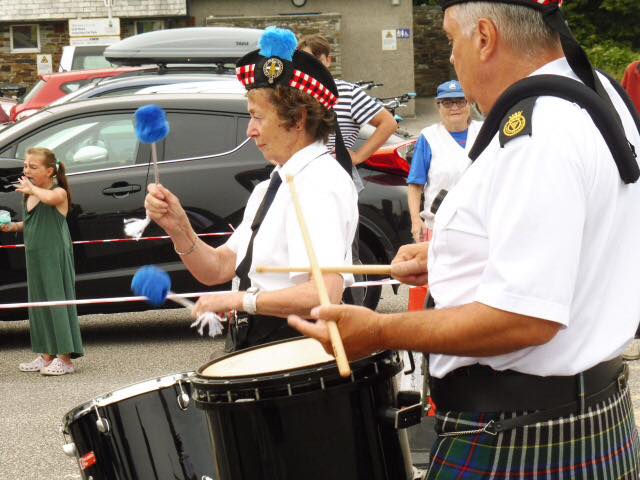