Pipers: Nigel, Miranda, Keith G, John, Emma, Donny
Drummers: Bass – Keith I, Tenor: Anita, Kelvin, Snare: Chris, Steve
On Carnival Day at St Columb Major there were leaden skies as it had been raining on and off all day, but at the start of the Carnival the rain had stopped, with occasional drizzle. The eleven band members met in the parking field for a tune up in between the showers and the dress code was day dress with capes.
The Town Crier led the Parade, closely followed  by a large barrel organ and fire engine with support vehicle. There were four brass/silver bands, from St Columb Major, St Austell, St Dennis and Lanner & District taking part. At different points in the procession there was a total of four giant steam engines chugging up the hill. Also taking part was the lively Jumping Out Jazz Band, numerous fancy dressers, fairy queens from villages far and wide and a variety of humorous floats.
Midway in the long procession came the inspirational sound of the pipes and drums as the Kernow Band marched up the hill. In spite of the dismal weather, the streets were crowded with locals and visitors set to enjoy every moment of the carnival atmosphere. The procession route was long – a circular one with the carnival going up and down hill into the main street and continuing to the end where they waited for a while for the end to catch up and then circled back up the route to the recreation ground. It had been a splendid carnival fuelled by imagination and variety and the music of the Kernow Band had been very much appreciated. Tunes played during the evening included the following Sets – High Road to Gairloch, Cockney Jocks, Castle Dangerous and Scotland the Brave. 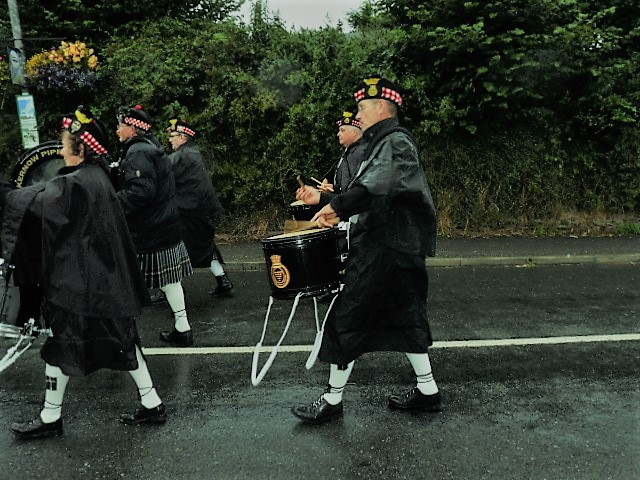 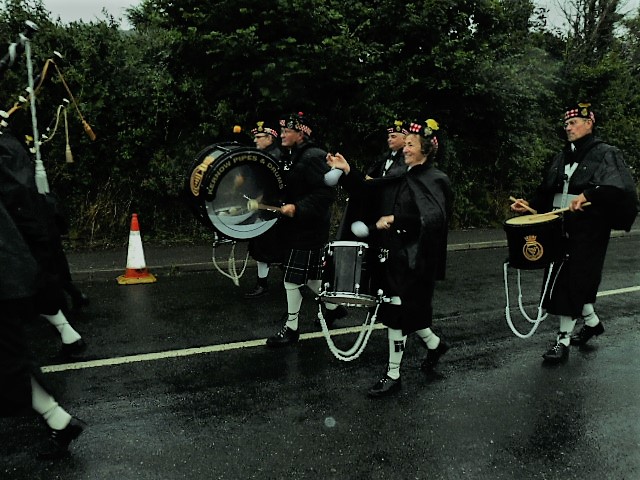 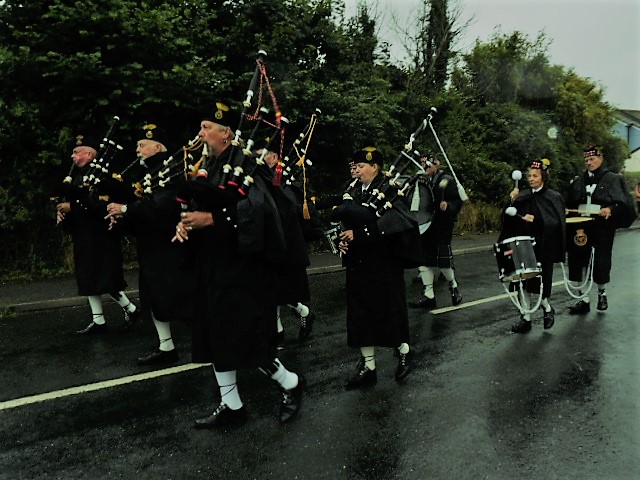 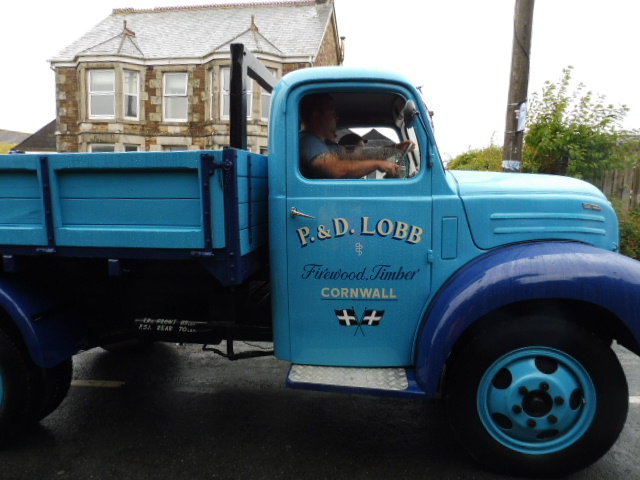 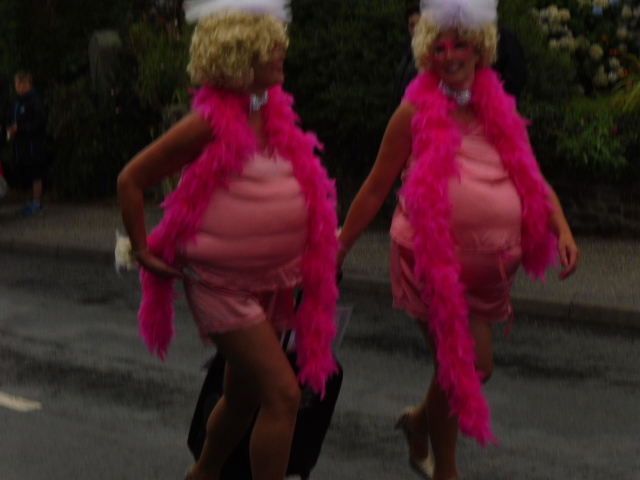 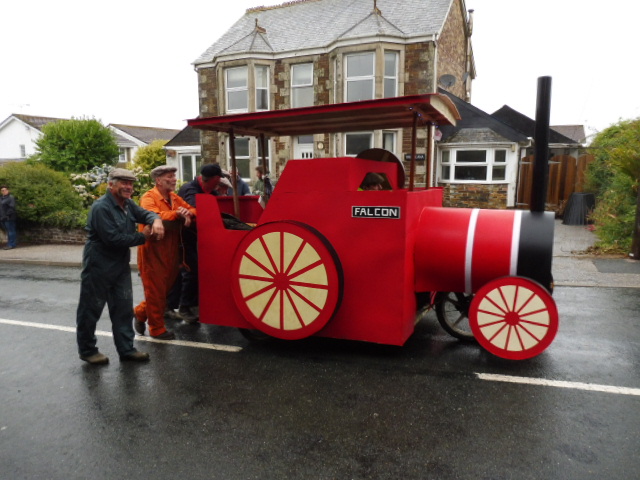 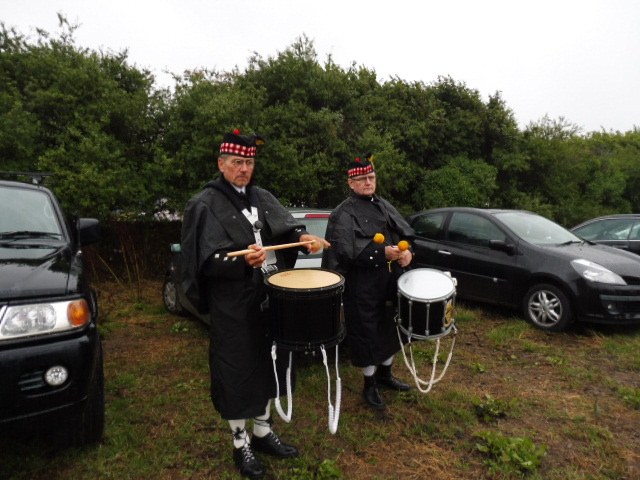