The holiday atmosphere was in full swing as the Band members met in the Memorial Hall for a bacon roll and tune-up. The weather was hot with blue skies and unrelenting sun with hardly a breeze to disturb the calm seas. It was a very good turnout of members and the dress code was summertime No 1s with spats and hairy sporrans. The town was packed with visitors and there was a full and varied programme planned by the Organisers for both in and out of the water.

The Kernow Band had two slots to play on the quayside, the first of which was 10.30 and once there they formed a circle and played for 30 minutes. After an hour’s break the Band repeated the march to the packed quay where there was cheering and clapping in appreciation. At 1 pm the Band was dismissed and everyone made their way up the hill to Ian and Heather’s home for a barbeque and magnificent picnic which had been kindly laid on by Heather and Ian. The Band were thankful to rest and spent the afternoon in social chatter and easy companionship. They were later entertained by some amazing aerobatics in a Pitts Special plane flown by a lady pilot. It had been a lovely day in a picturesque setting. 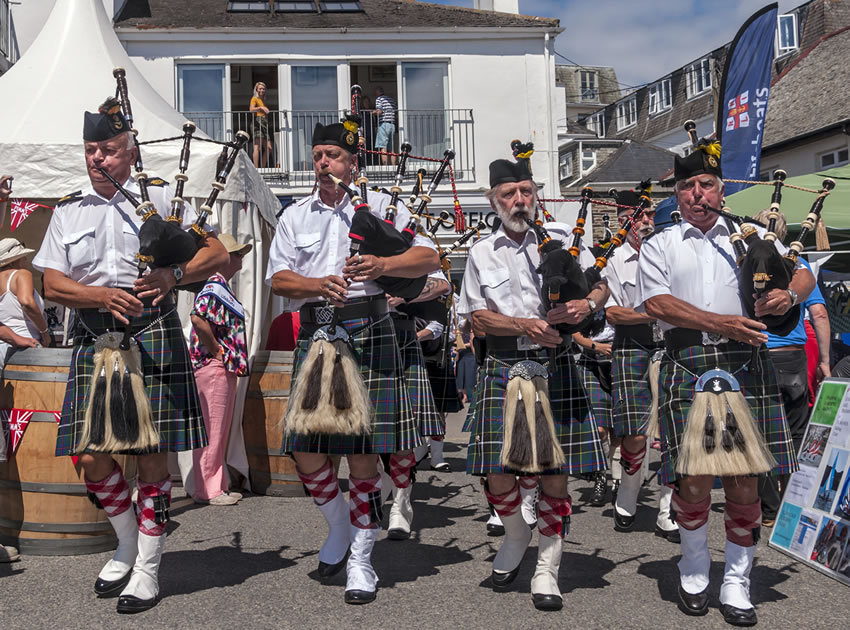 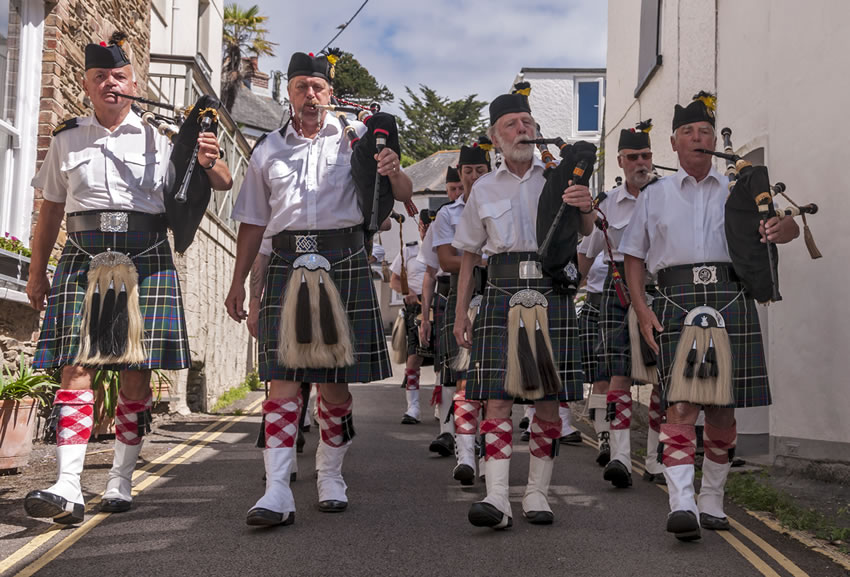 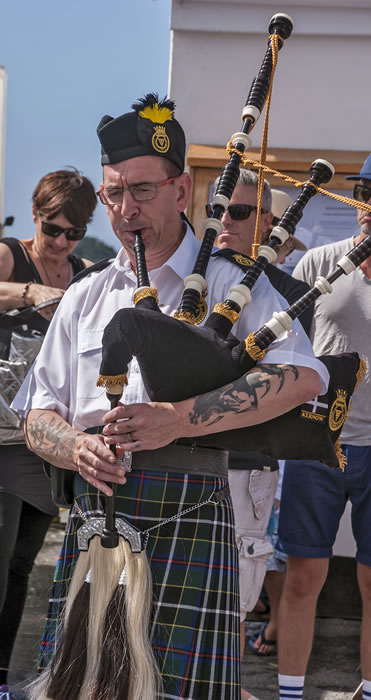 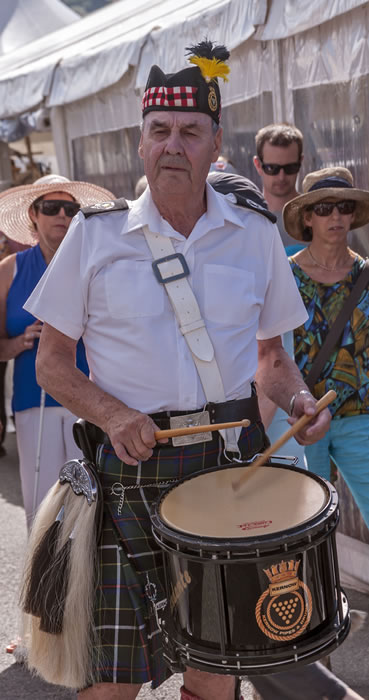 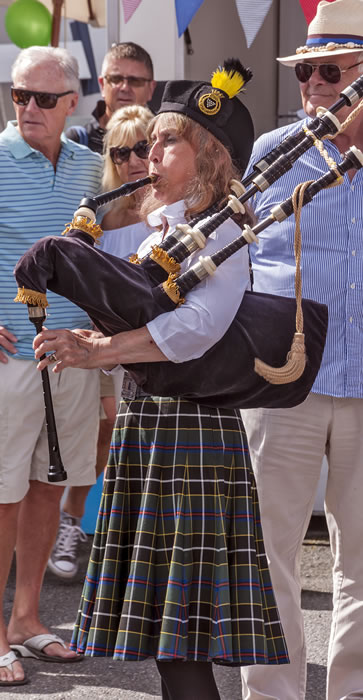 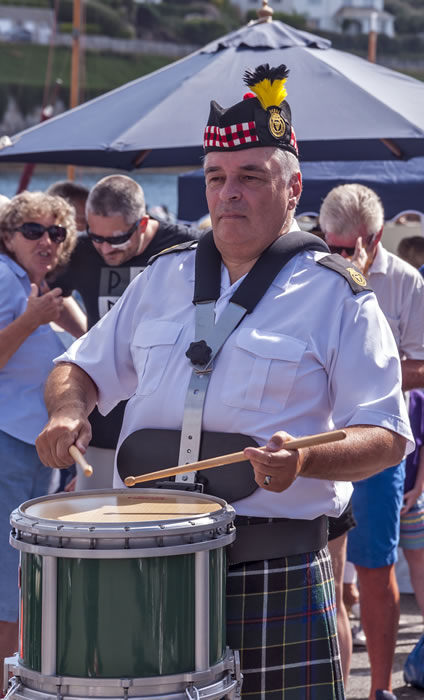 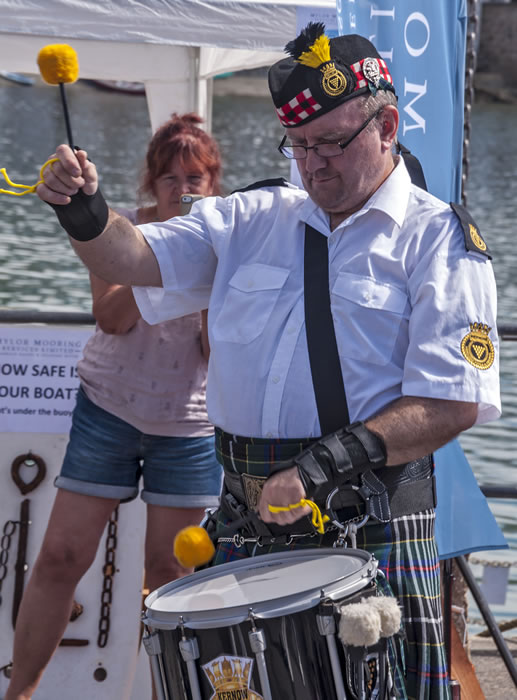 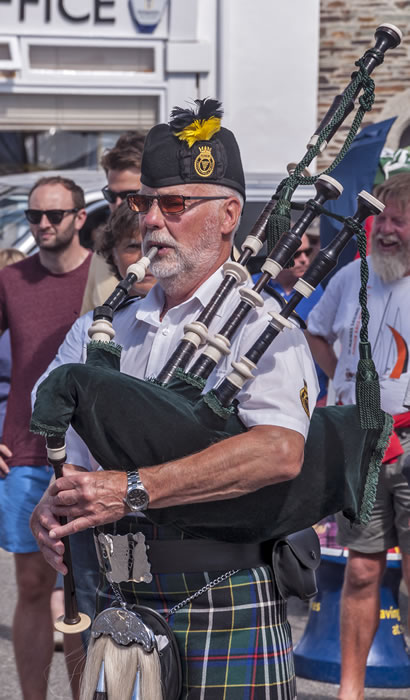 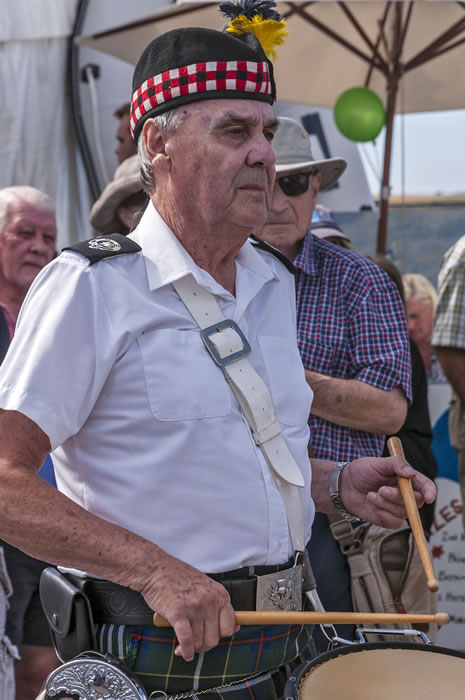 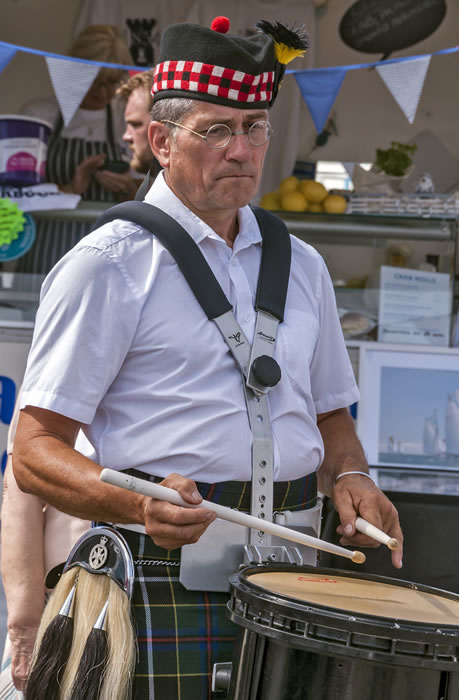 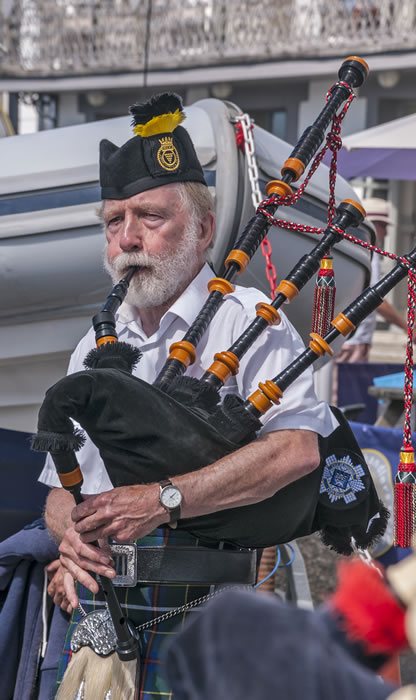 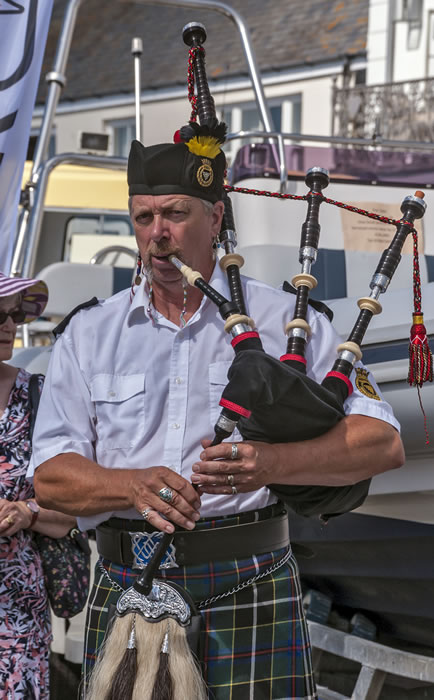 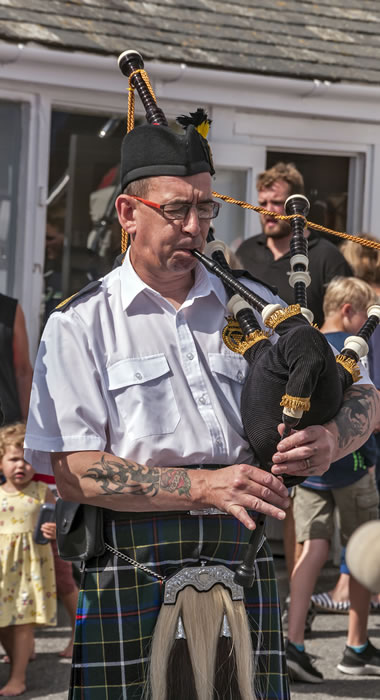 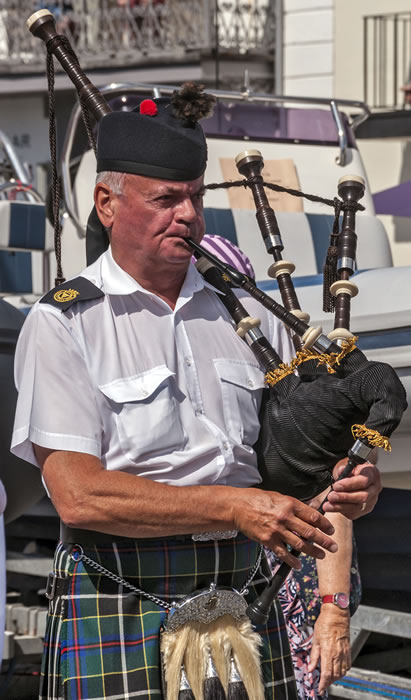 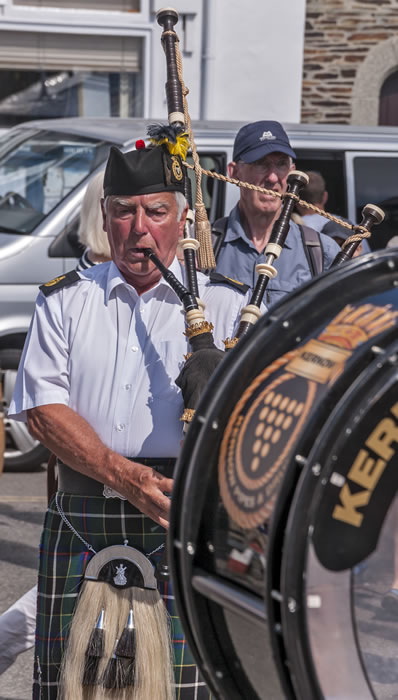 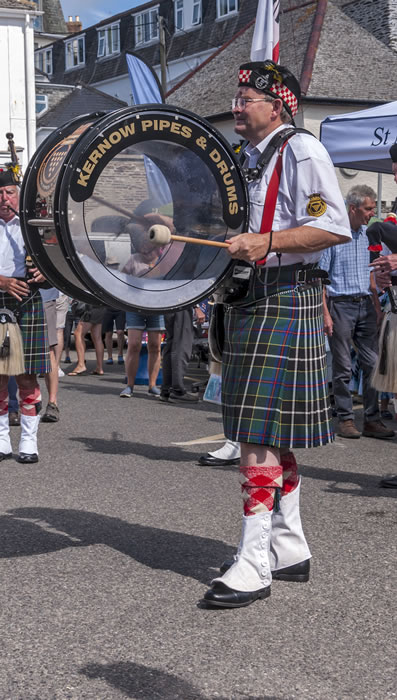 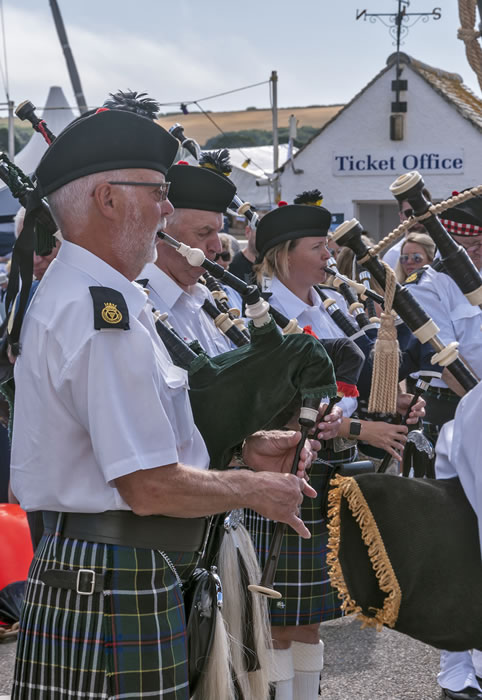 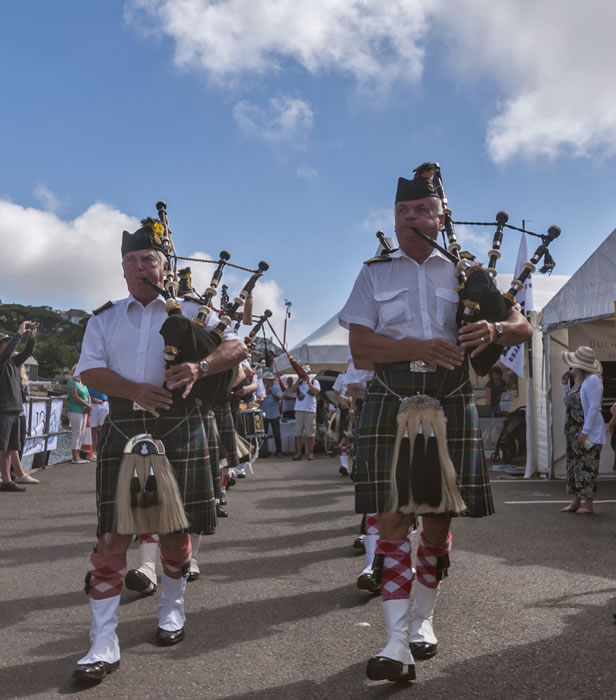 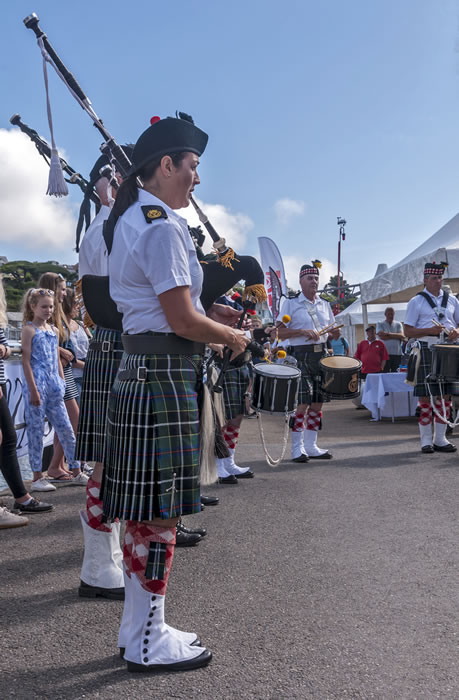 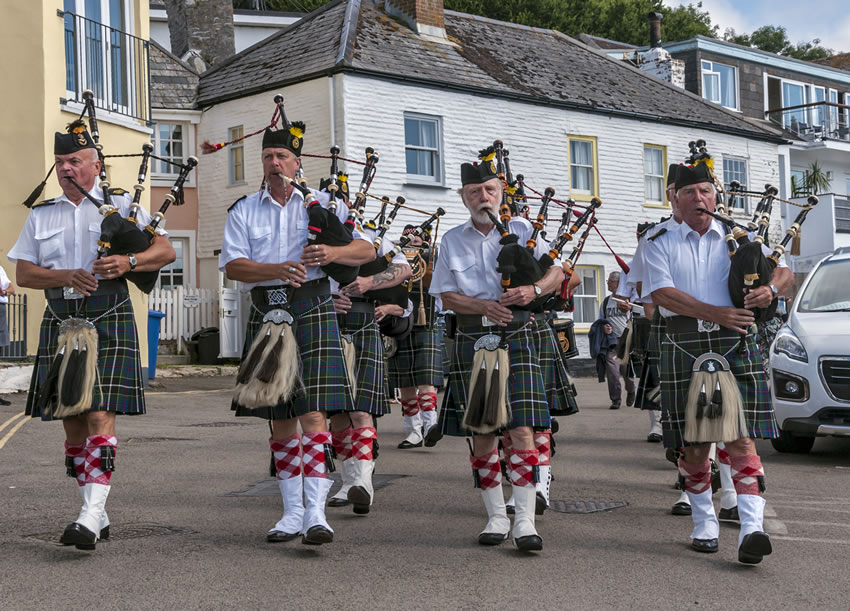 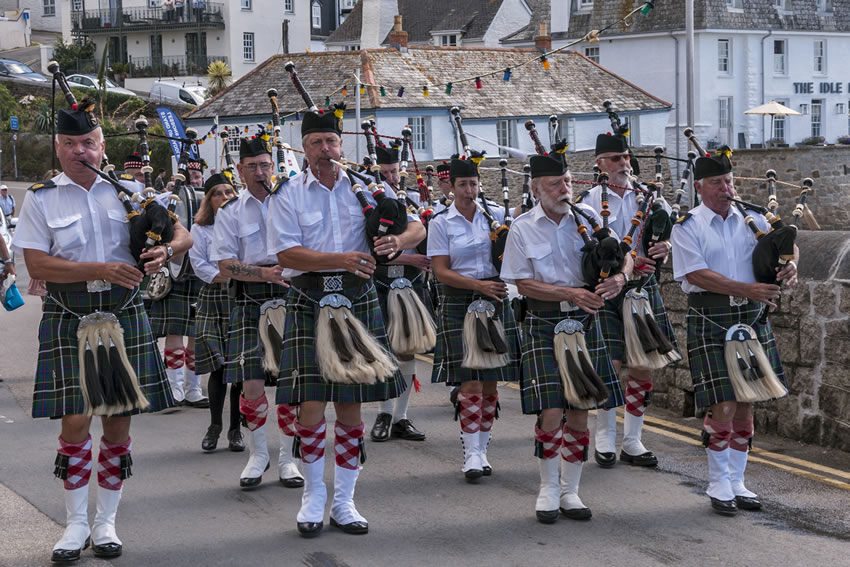 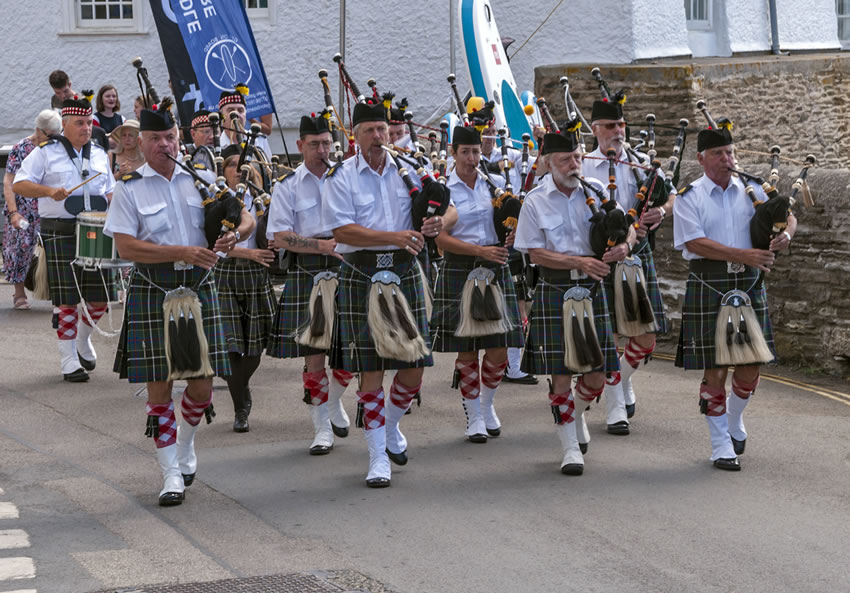 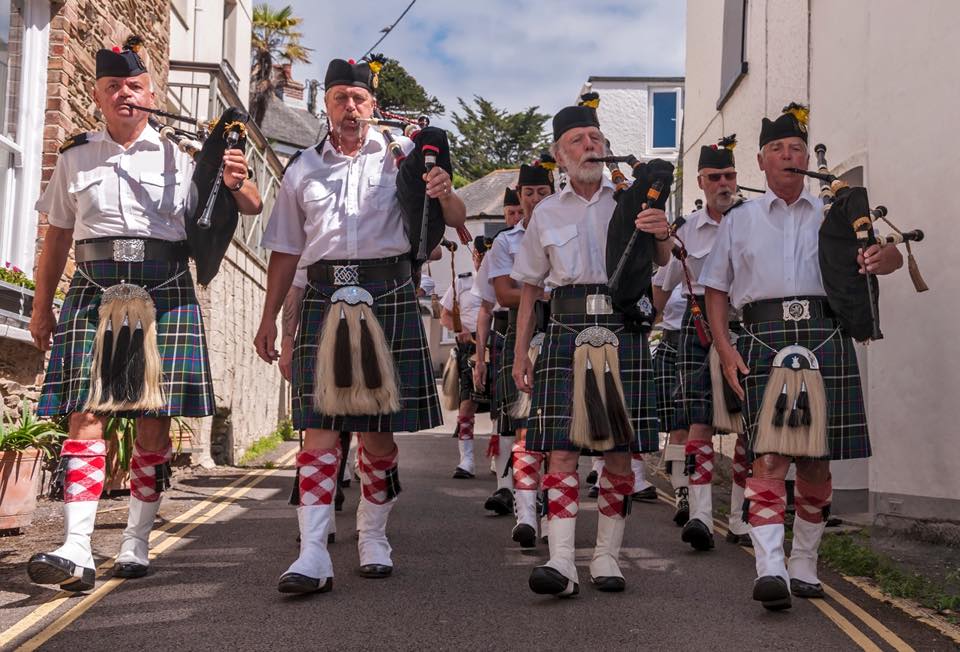 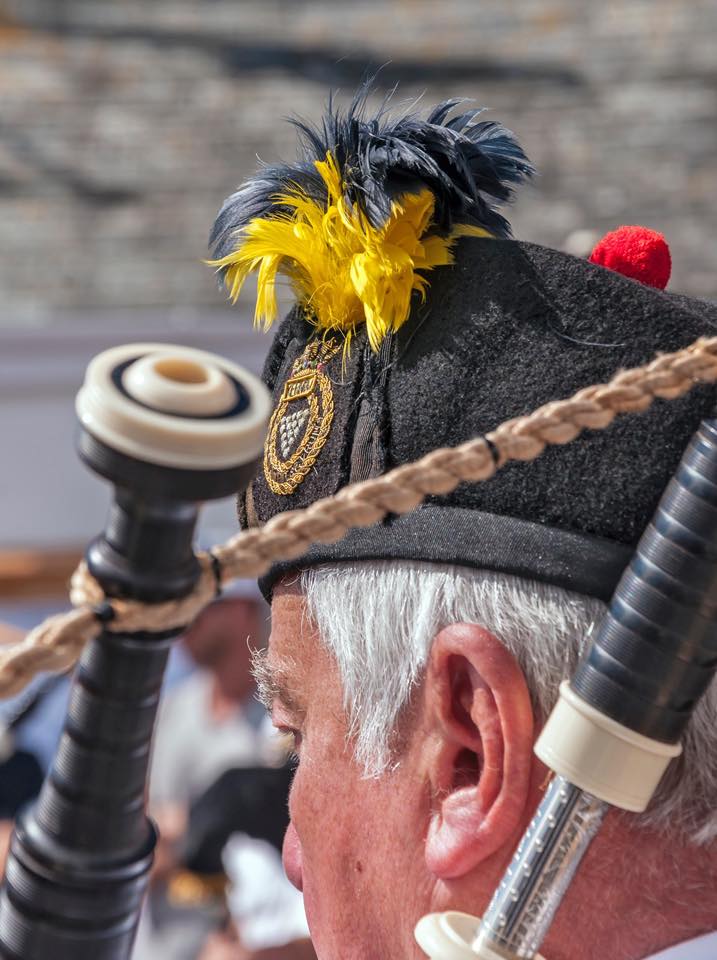 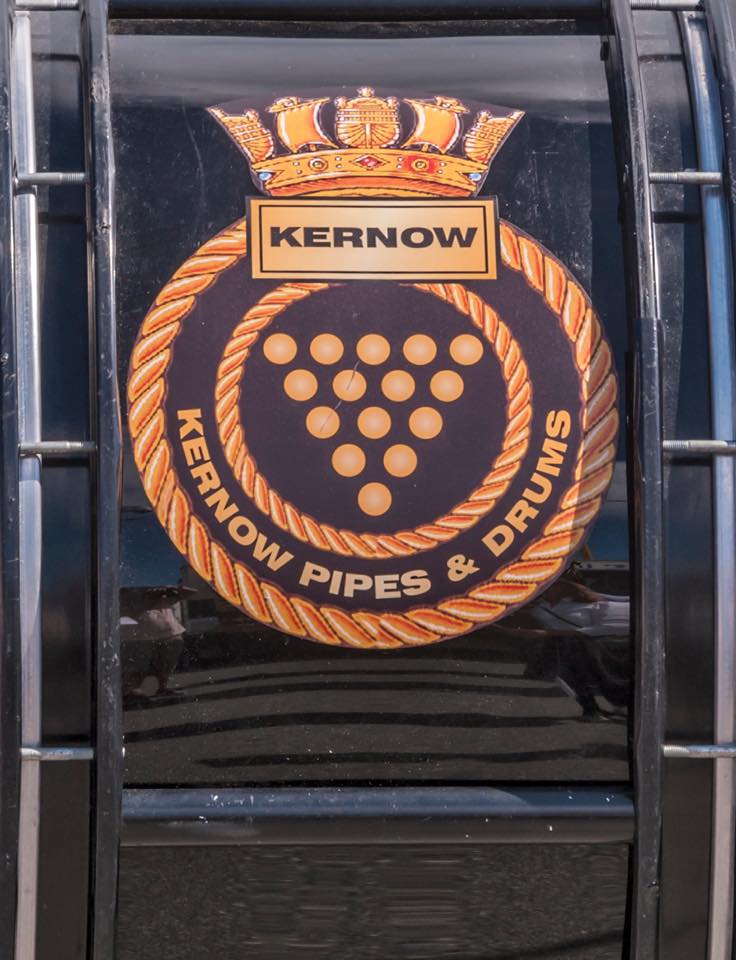