Pipers: Nigel, Keith G, Miranda, John, Emma
Drummers: Bass – Keith, Sue; Snare – Chris, Steve; Tenor – Kelvyn, Anita
It was cool and windy on Saturday for the St Merryn Carnival, and the Members had arrived in the Carnival field by 18.00 hours for a tune-up. The Dress code was Day dress and jackets were worn. It was a good turnout of 11 members, and a treat to have two bass drums at the event. By 17.30 hours the large carnival field was filling up with children in fancy dress, numerous floats pulled by giant tractors and lorries, antique tractors and food wagons – a happy gathering in loud music.
The Carnival started on time led by a horse rider, followed by a gigantic St Merryn  Steam Engine and The Heyl Silver Town Band. Then followed numerous fancy dressers, some dressed as monsters and jelly fish and there were three large floats depicting The Greatest Showman with the appropriate music filling the air, to name but a few of the participants.
The high clouds had gone by then to be replaced by blue skies and dappled clouds. The route was as in previous years down a long flat road to the village square, where the Kernow Band stood aside as the rest of the parade turned right and into a field to await the remainder of the procession. Meanwhile the Band formed a circle in the crowded square and entertained a large audience of local people and visitors. There was a great holiday atmosphere and the crowds were noisy in their appreciation of the pipes and drums. Half an hour later and the Procession returned to the Square to continue up the road back to the Carnival field and the Kernow Band slotted back into the parade.
Among the tunes played were Highland Cathedral, Scotland the Brave set, Green Hills set, High Road to Gairloch set, Cockney Jocks set and Castle Dangerous set. It had been a great carnival full of atmosphere and the weather had stayed dry. 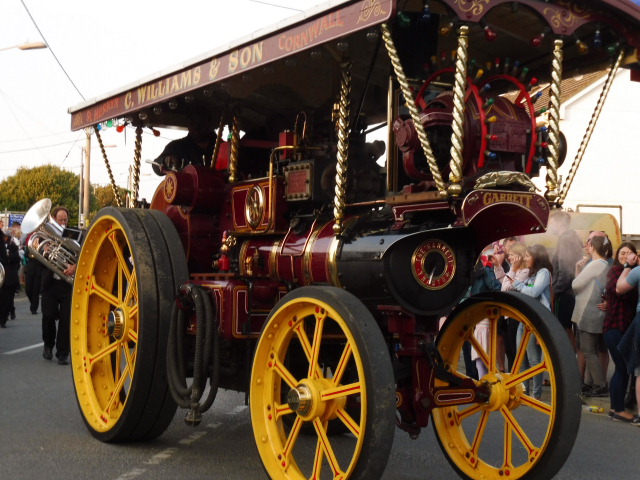 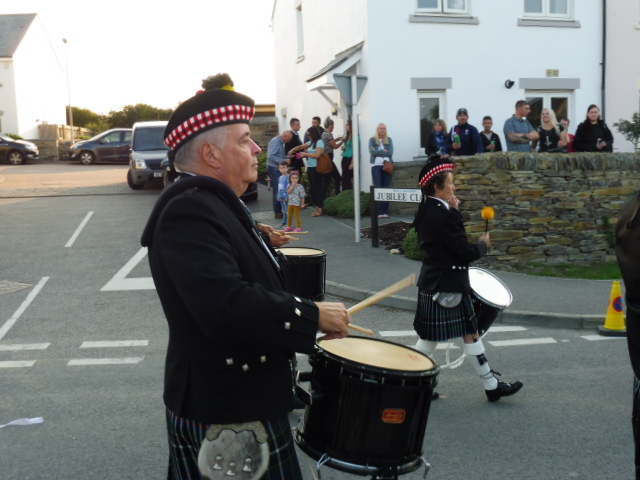 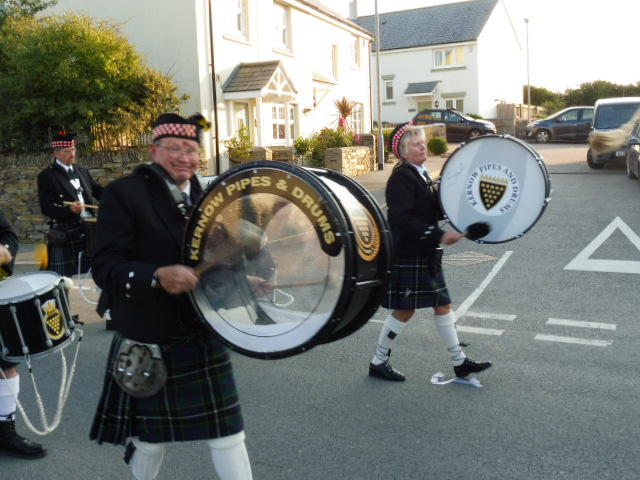 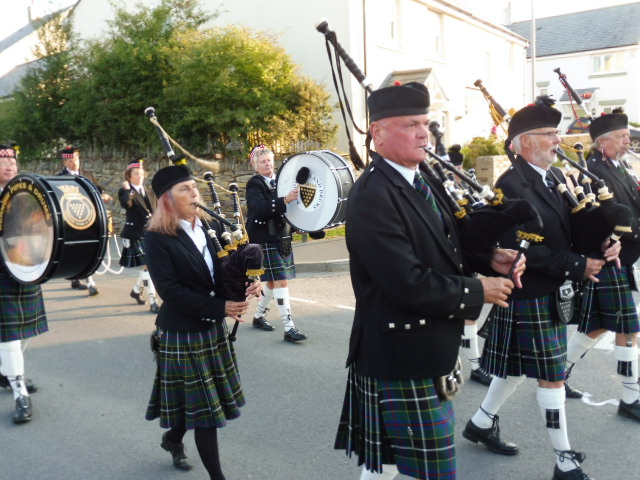 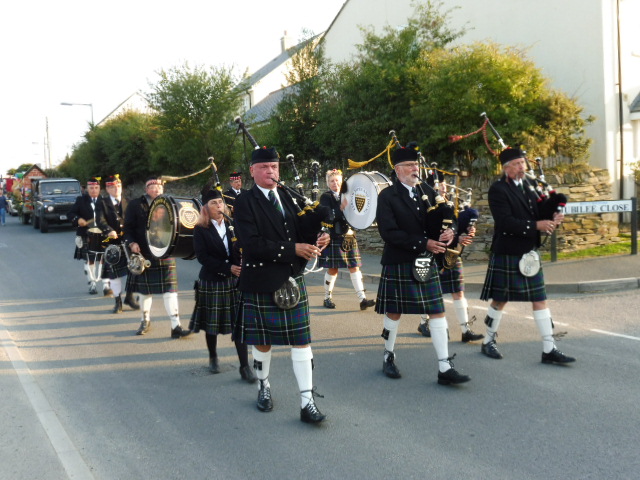 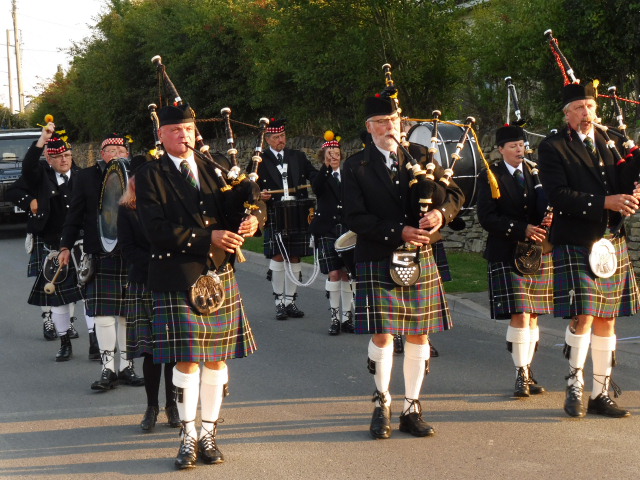 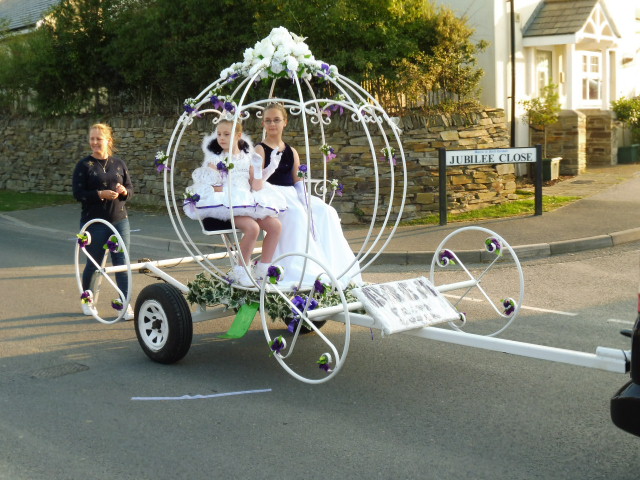 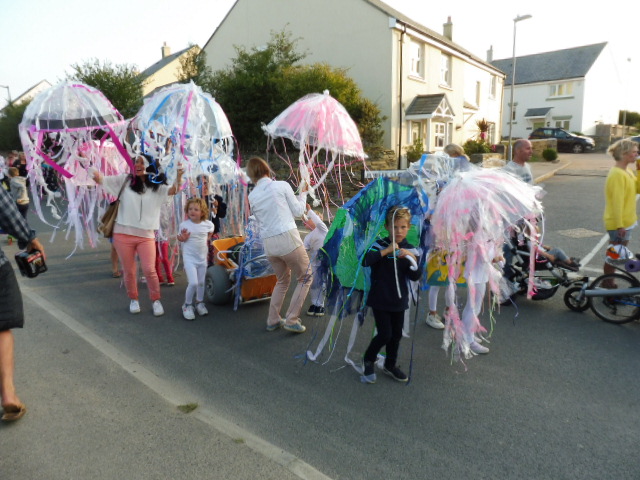 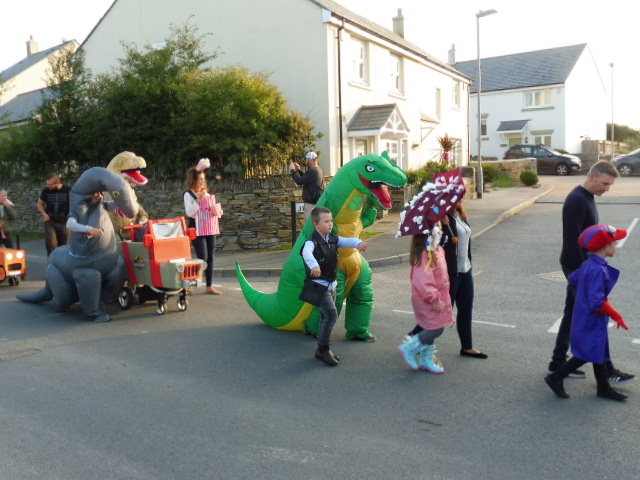 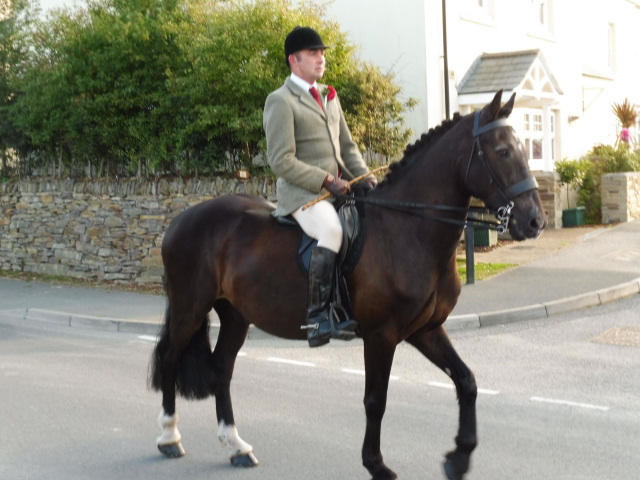 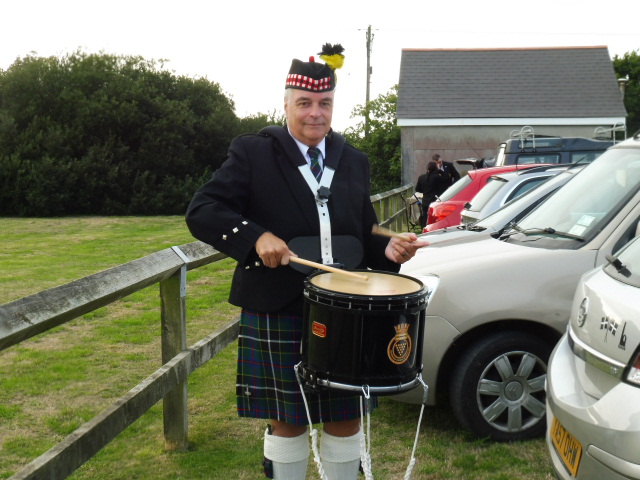 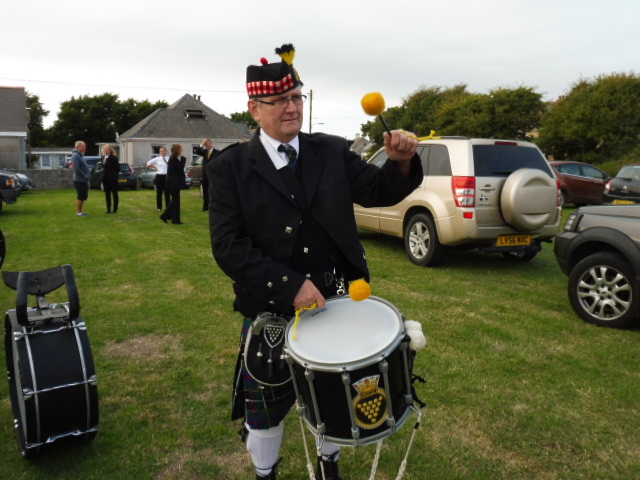 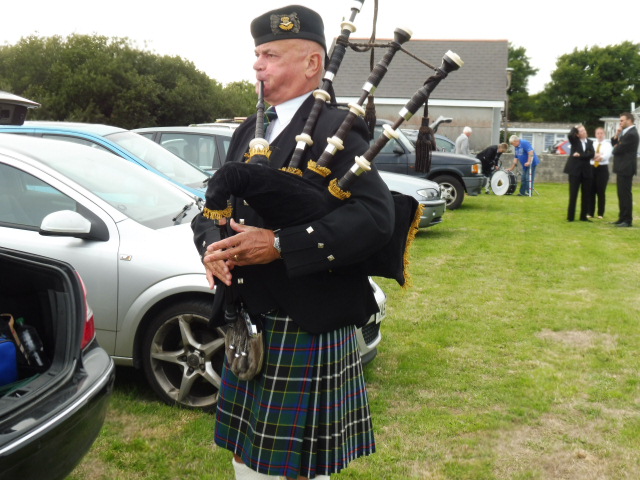