A big turn out by the Kernows for the City of Lights parade in Truro, which had been previously postponed due to stormy weather. Tonight’s forecast was also wet and blustery but in the end was not too bad and the modest crowd enjoyed a magnificent spectacle of lanterns and illuminated animals of all shapes and sizes! Thanks to Cafe 108 who served hot drinks when the Band piled into their cafe despite them closing up for the day!

Our congratulations to Henry on his first public performance with the band playing the snare drum, to Mike joining us on pipes and to Ali and Adam both out getting experience with the pipes for the first time as well. We also welcomed Don from the Caledonian team, so actually had 12 pipes on parade as well as 6 drummers.

The evening was completed with a few tunes with the City of Truro Band on Lemon Quay. Overall, a successful and rewarding evening, but a bit chilly on the fingers! 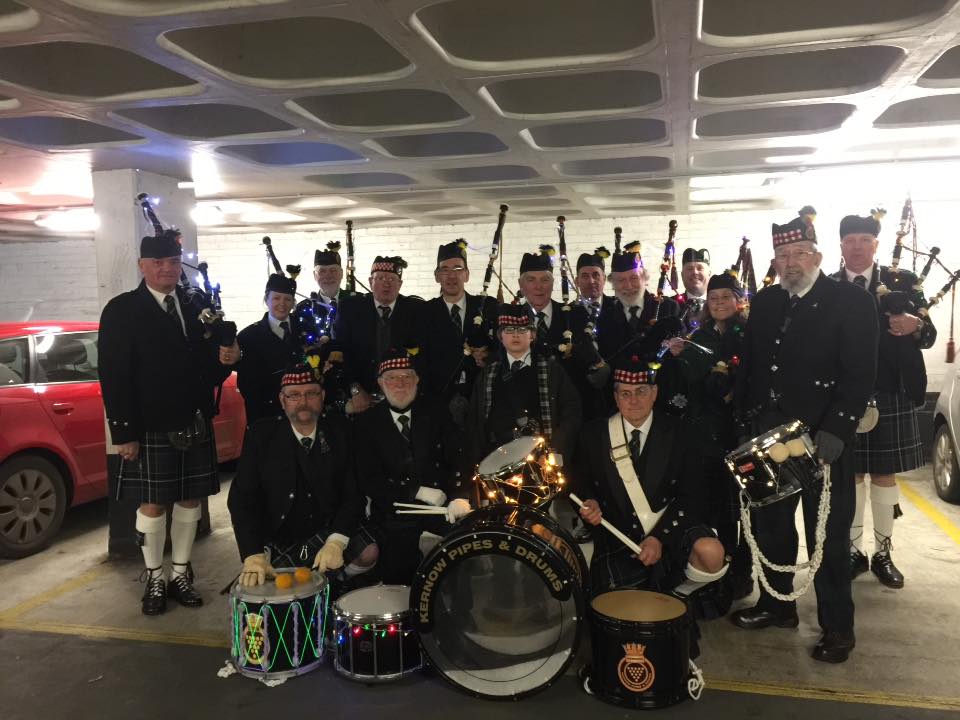