LEST WE FORGET
Pipers: Ali, Emma, Miranda, Adam, Alex, Davy, John, Keith and Nigel.
Drummers: Anita, Sue, Ed, Chris, Henry, Matt and Steve
The Kernows performed civic ceremonial duties at both Falmouth and Truro yesterday to join the Cornish community in Act of Remembrance services. The weather was cold but sunny and dry and it took some time to get the chanters tuned but once they were warmed up it was time for a quick tea break in the Town Hall to warm up the hands!
The band led the parade from The Moor to Kimberly Park and the War Memorial and it was good to have Sue who had travelled down early from Exeter as the extra bass drummer to keep the beat loud and clear for the parade. After returning to The Moor it was then a quick dash to Truro to prepare for the county’s Remembrance service starting at the War Memorial in Boscawen Street.
The band marched into position to the tap of the snare drum from Lead Tip Steve just before the civic dignitaries arrived. After the short service the Kernows followed the DCLI , who departed the square at double time, and led the main parade to the cathedral. The band dismissed and took a well deserved rest before returning after the cathedral service to march the Standards back to the Central Bar for refreshments.
Today was the perfect occasion for the first public showing of the band’s new drums that had recently been purchased from the City of Norwich Pipes and Drums. They sounded great and it was good to have the drum corps drums looking uniform.
In all, it had been a busy day, but one in which members can be justly proud of taking an active and important role in supporting the community in The Act of Remembrance and of performing that task in a disciplined and dignified manner. Well done to all!
Nigel
Photos courtesy of Colin Higgs and Falmouth Packet and John C 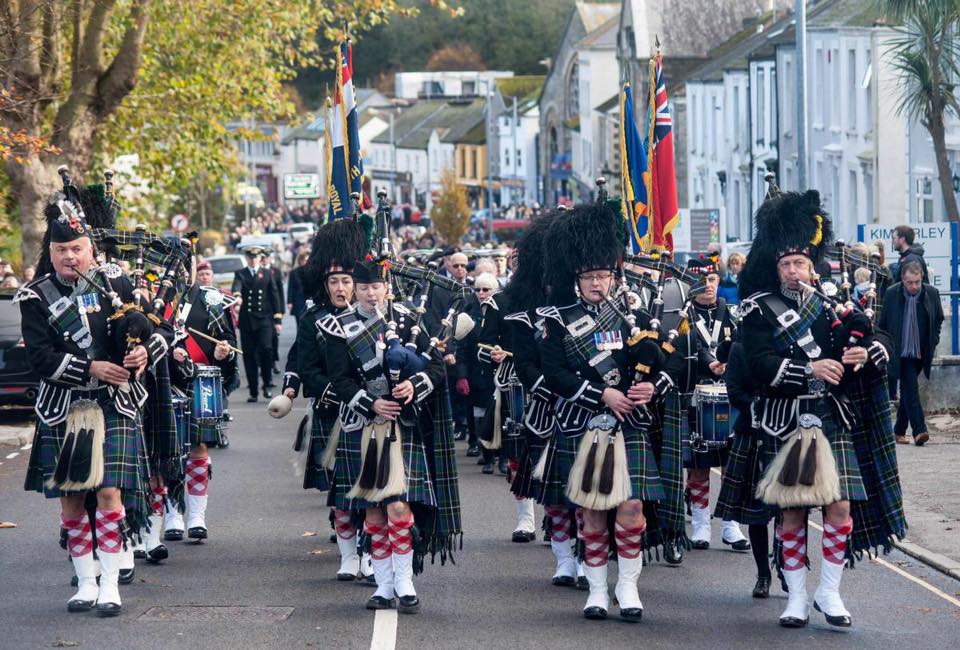 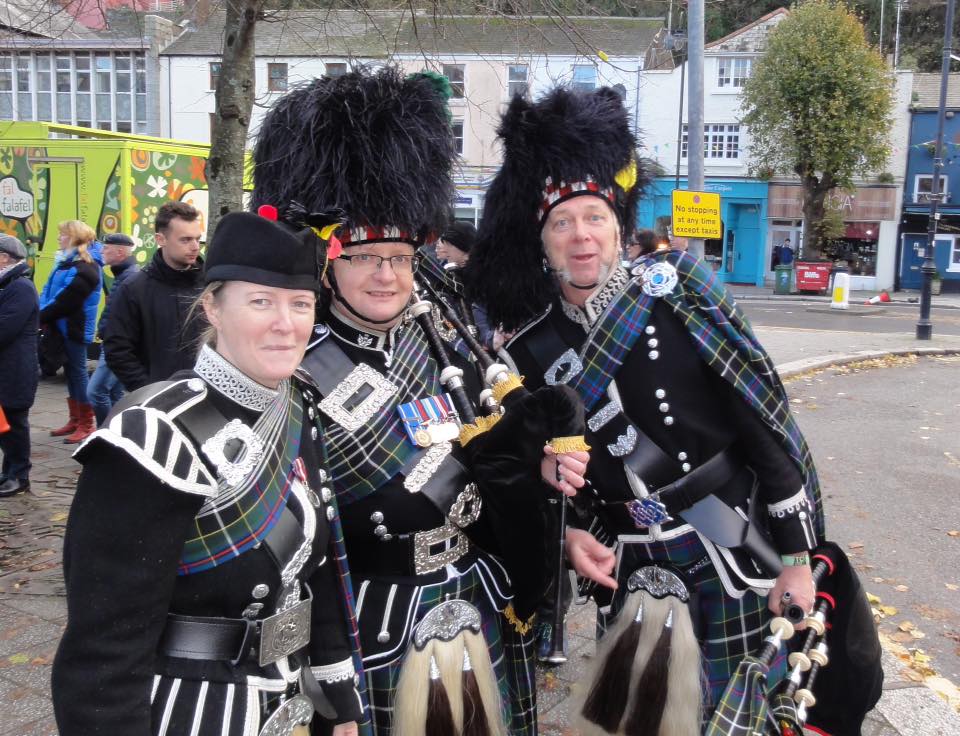 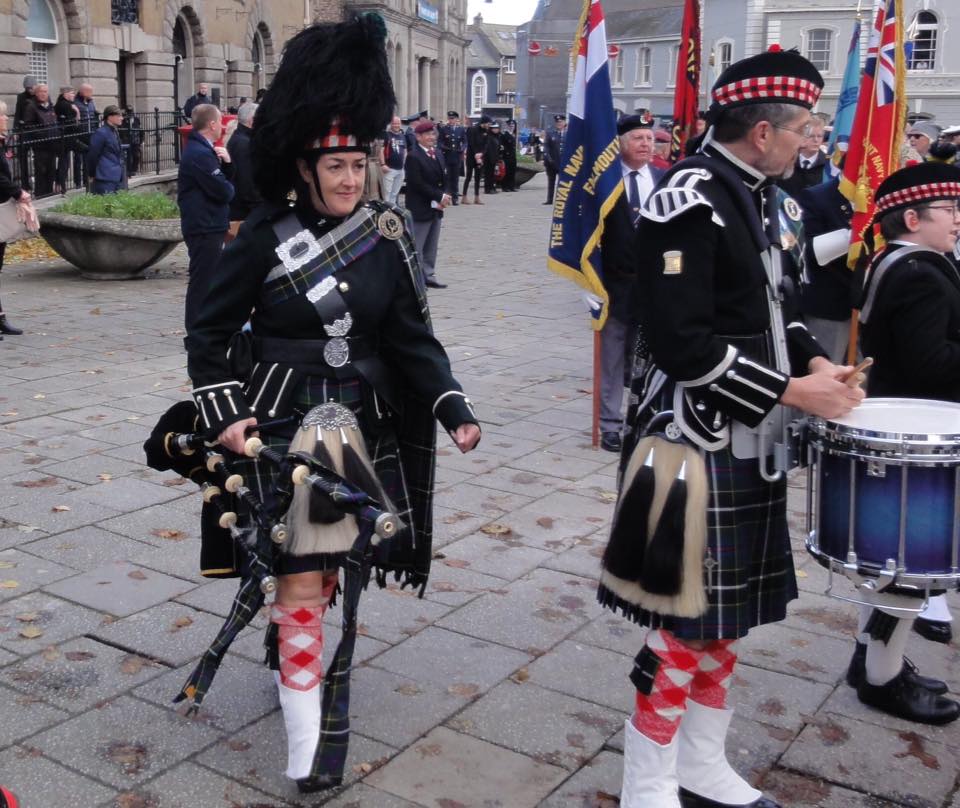 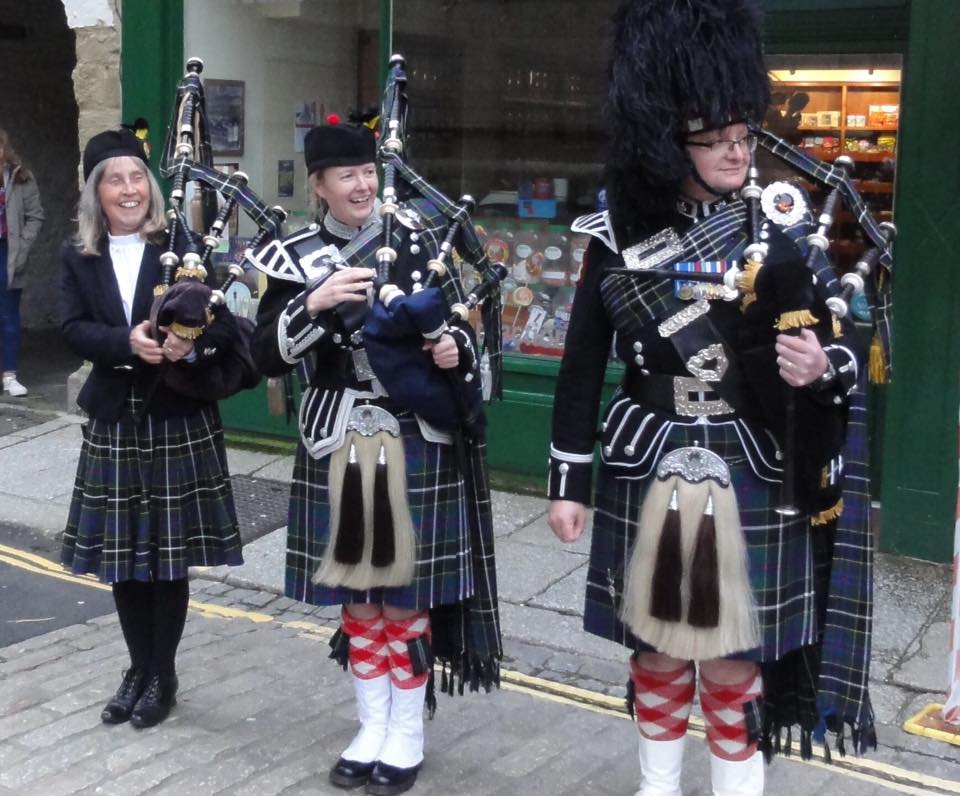 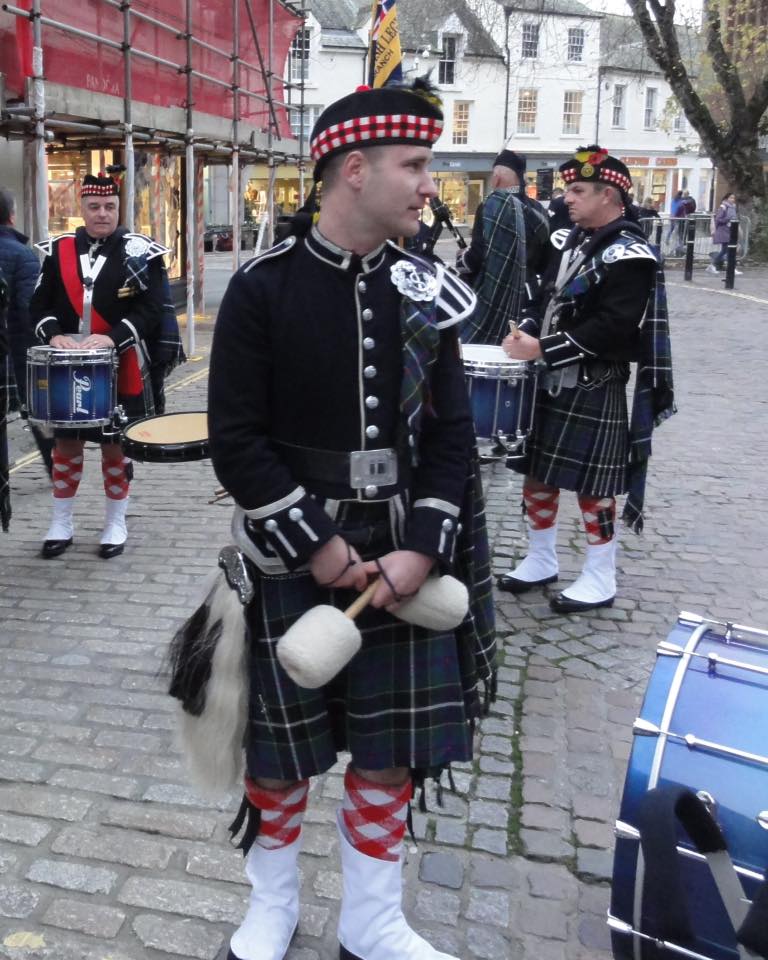 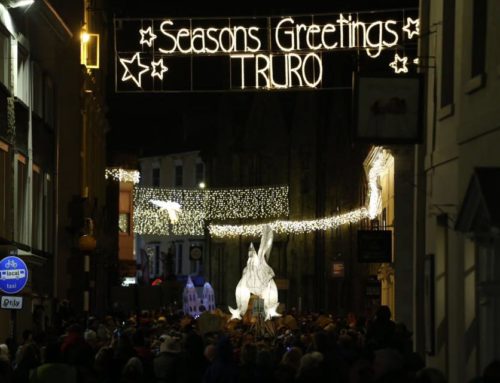 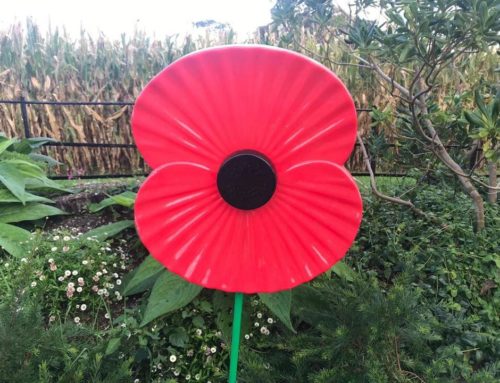 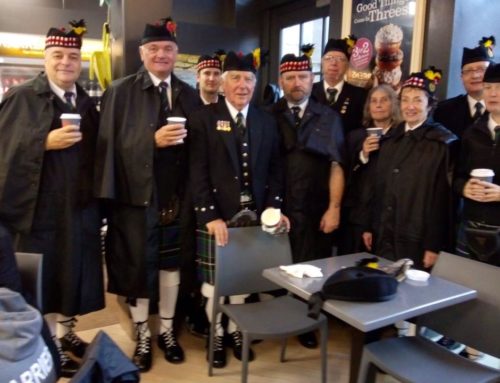 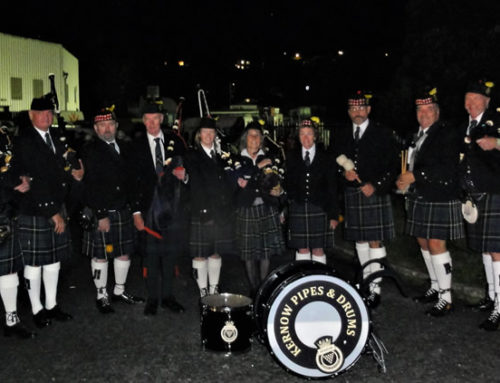 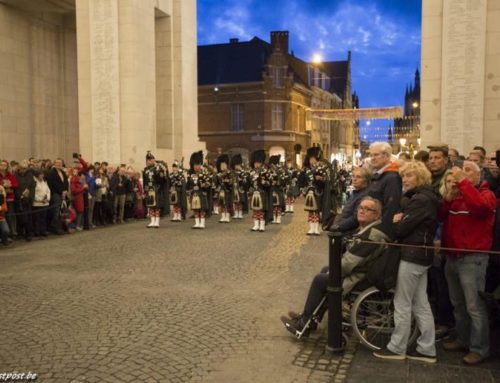