It was decided that No 1 dress was to be worn by the Kernow Band for the two Sunday Parades. The weather was forecast breezy but dry and everyone hoped it would not rain.

At 11 am The Kernow Band led the long parade of standard bearers, units of the Services, representatives of The Coastguards, Fire Brigade, Guides, Scouts, and the numerous organisations which make up society.

The Bugler finished The Last Post and at the stroke of 11am two minutes’ silence was observed providing a poignant moment.  The laying of the wreaths and hymns brought the Parade to a close and the Band marched back to the Moor where dignitaries waited. 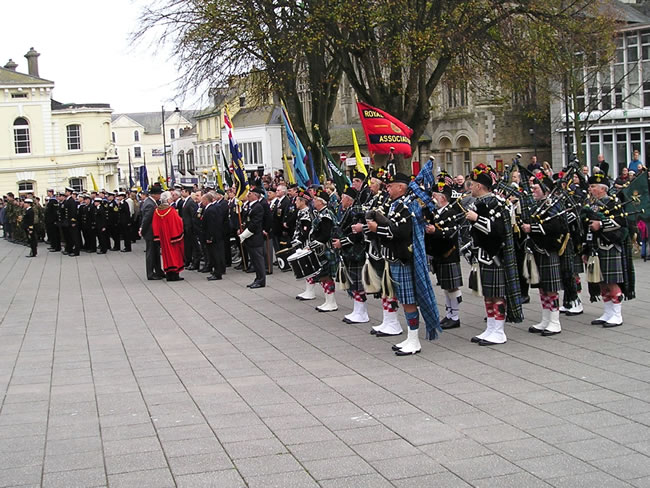 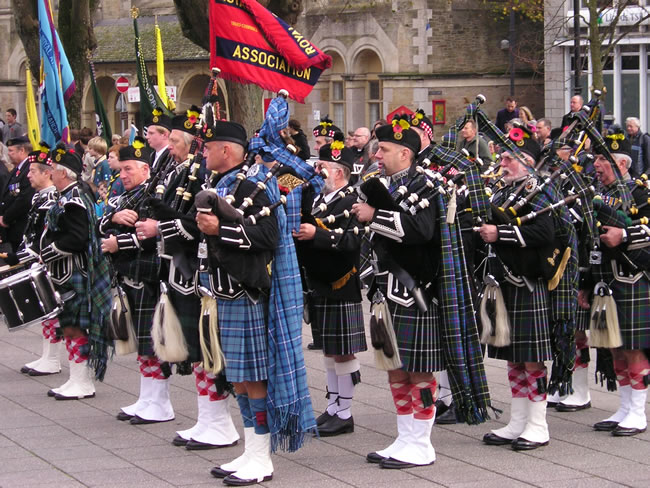 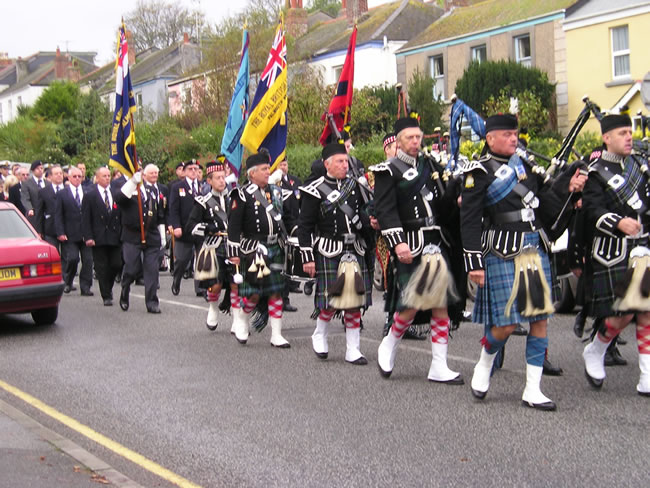 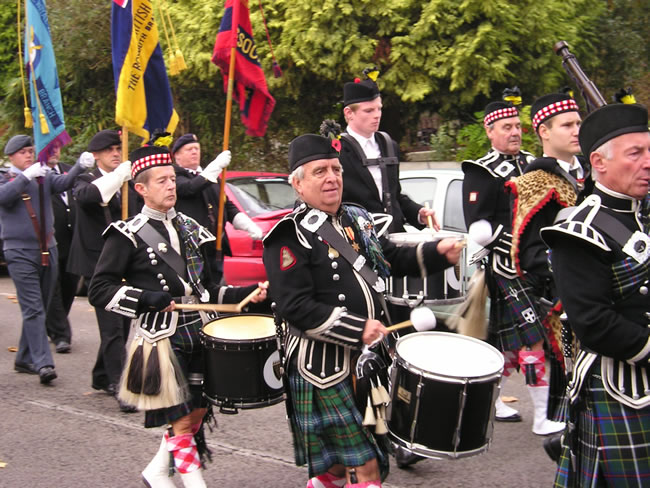 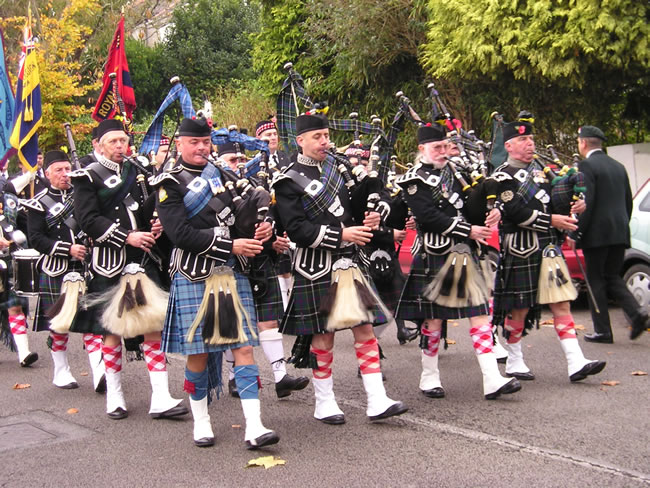 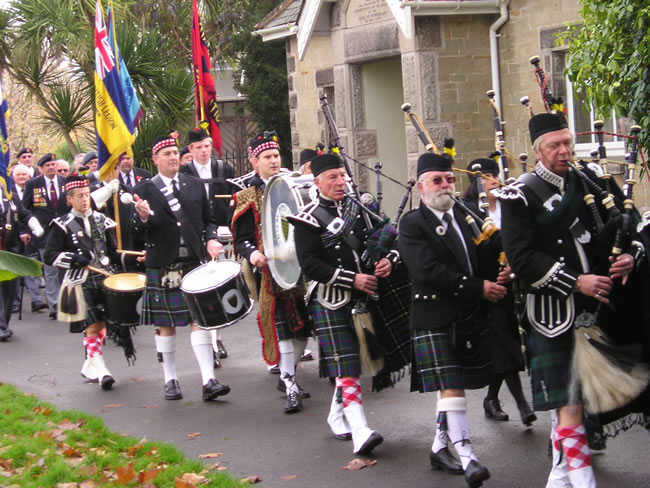 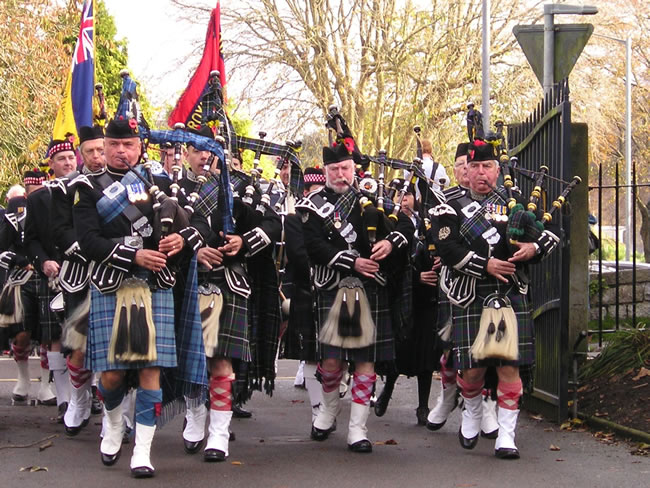 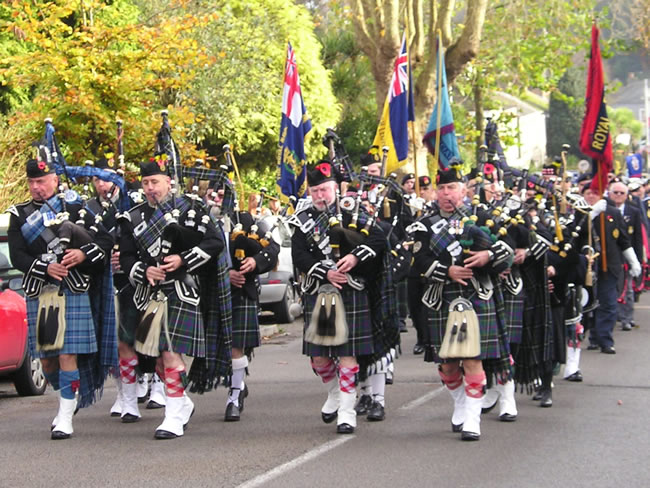 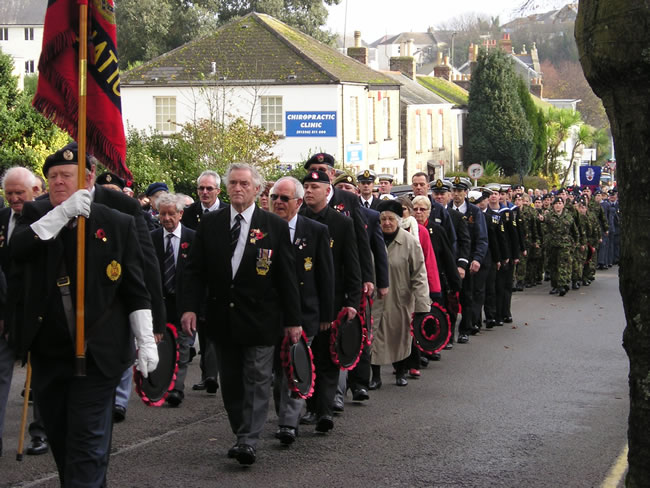 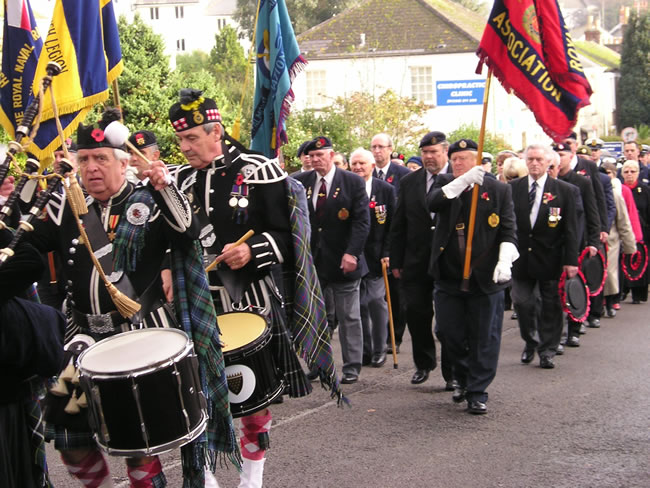 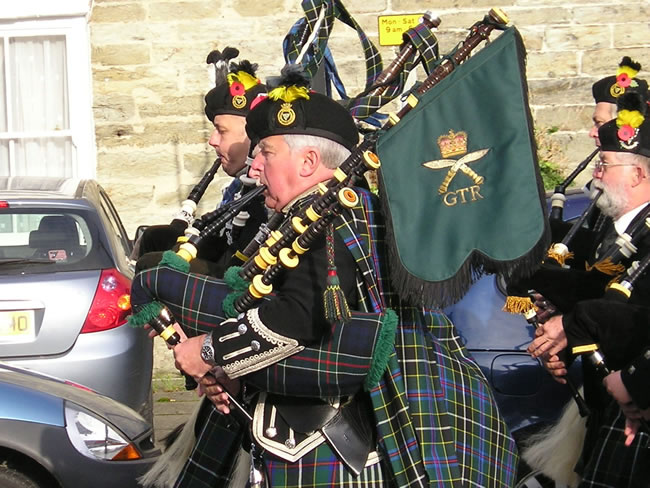 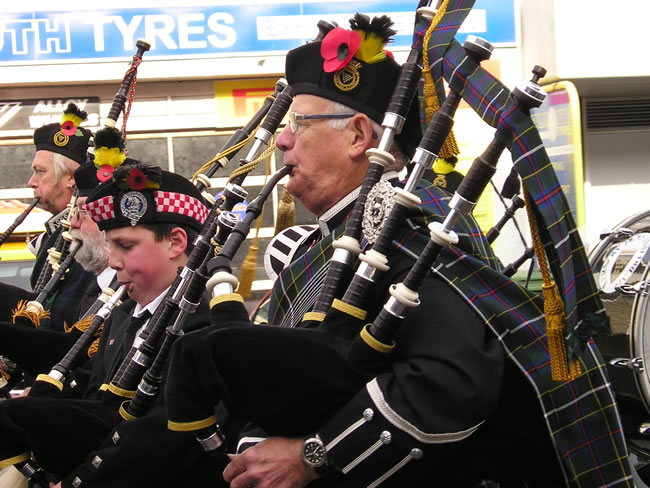 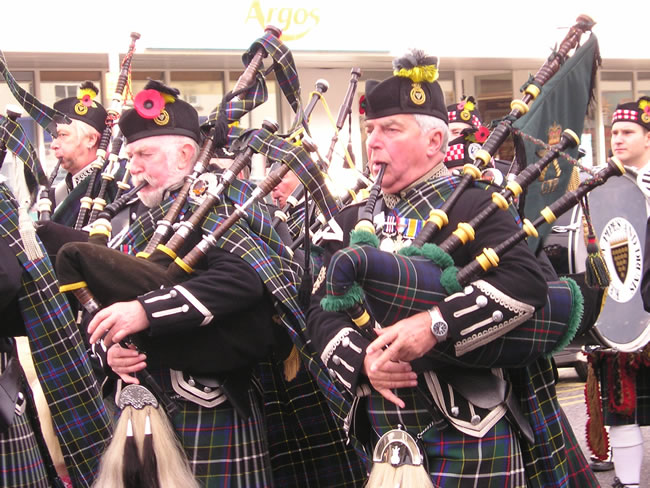 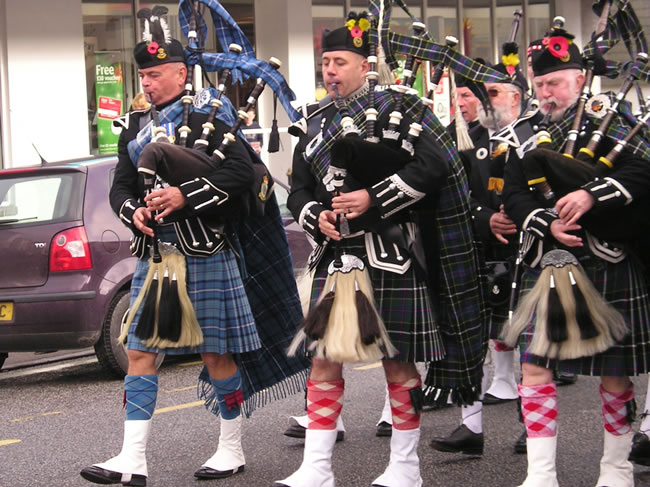 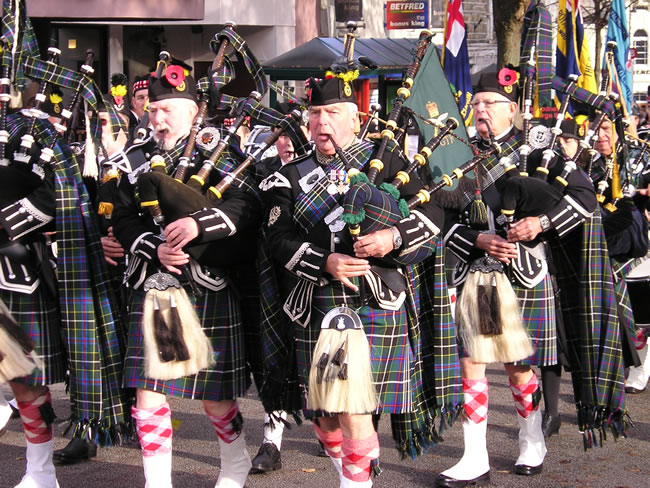 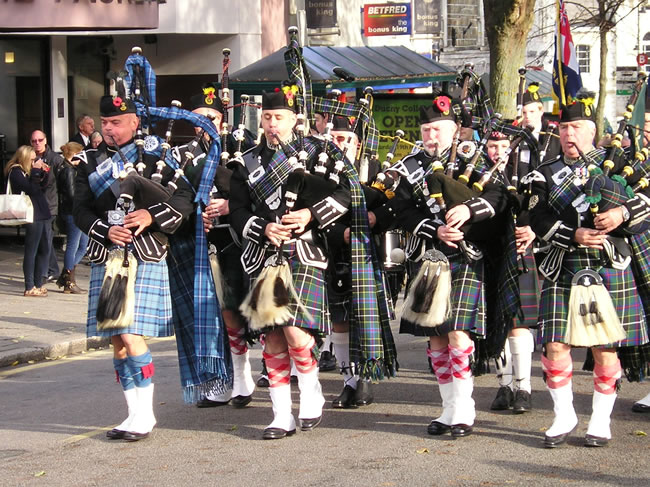 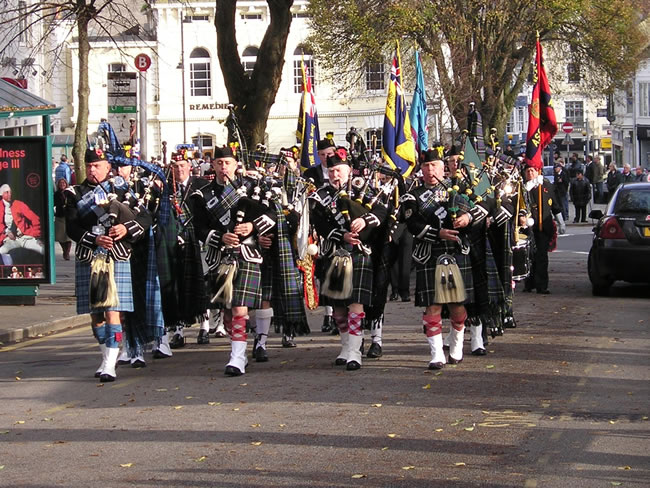 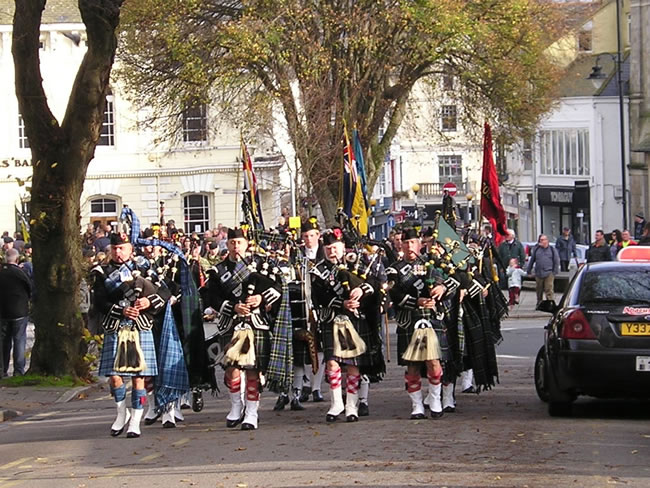 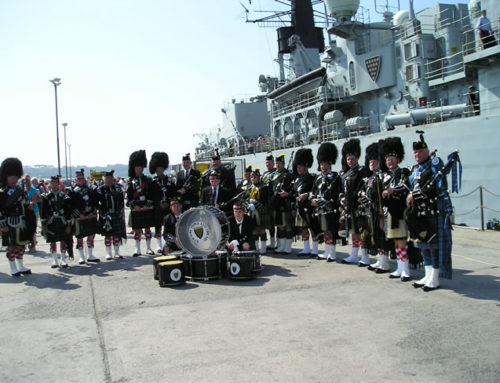 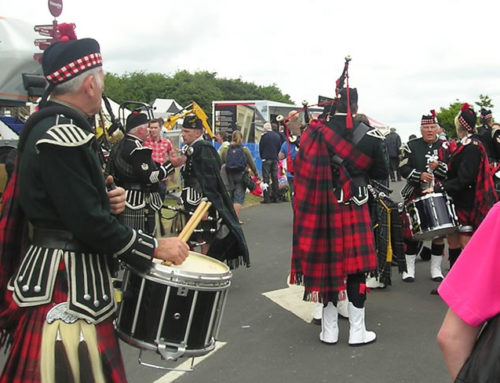 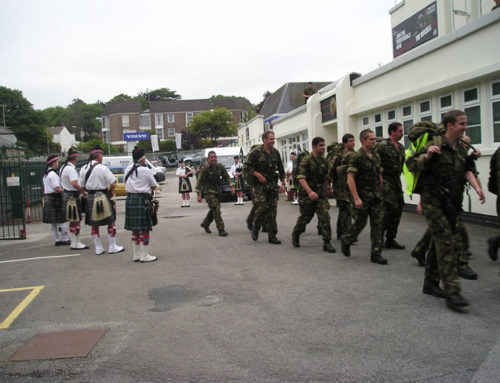 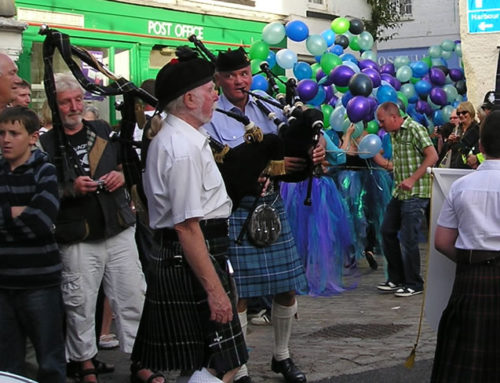